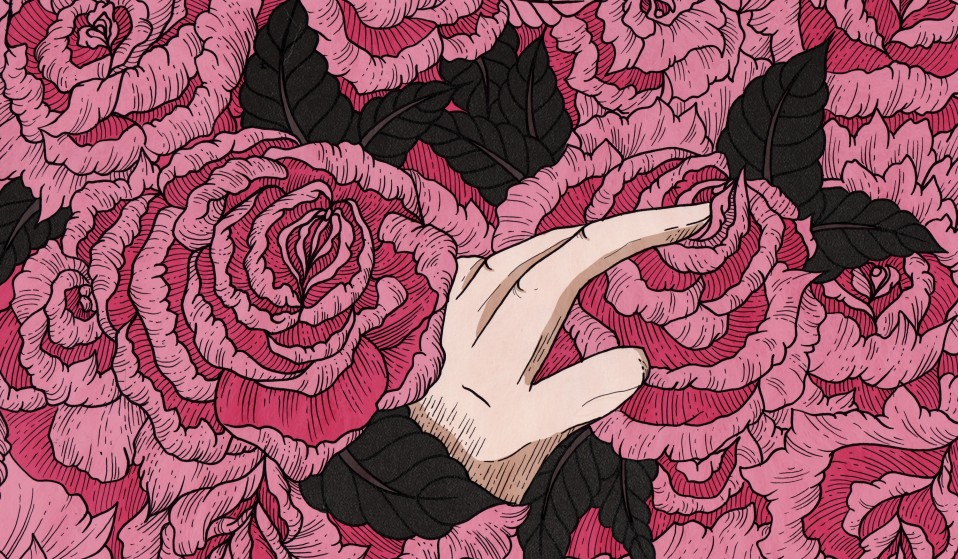 In 1996, Eve Ensler’s The Vagina Monologues took the world by storm with its blunt, brazen approach to female sexuality. Now, after two decades of fighting for women’s rights around world, she warns that we still have much further to go.

In 1996, Eve Ensler’s The Vagina Monologues took the world by storm with its blunt, brazen approach to female sexuality. Now, after two decades of fighting for women’s rights around world, she warns that we still have much further to go.

It’s unusual for a writer to wish for their work to be irrelevant 20 years later, but that is the position of Eve Ensler, the Tony award-winning playwright behind The Vagina Monologues. “I had hoped by now they would be outdated, because it would have meant that we had come somewhere,” she tells me. But in the midst of #MeToo, the social media campaign showing the prevalence of sexual harassment that has its roots in the civil rights movement of black women 50 years ago, Ensler’s vision has a long way to go.

Her dream is single-minded: that violence against women would end. She has dedicated herself to rallying against the United Nation’s staggering current estimate that one in three women on the planet will experience physical or sexual violence in her lifetime. Her play has become a key tool in the fight, which so far has raised $100 million through benefit productions all over the world for rape shelters, anti-violence programs and hotlines.

The Vagina Monologues came from interviews with hundreds of women speaking about their vaginas because, Ensler believes, “what we don’t say becomes a secret, and secrets often create shame and fear and myth.”

The play was an instant hit and the secrets came flooding out. “So many women would come up to me afterwards and tell me their stories of horrible violence. I got to a point where – like a war photographer who’s taking pictures of people being destroyed but doesn’t do anything on their behalf – I was either going to stop doing the play or do something about it.”

Enlser chose the latter, birthing a grassroots movement called V-Day where activists organise benefit productions of Monologues: “it was an explosion, a flower that seeded everywhere.” Monologues were performed in Madison Square Garden to 18,000 people, and in the Superdome in New Orleans after Hurricane Katrina to 20,000 people from all over the world.

V-Day became a global export. “Individual women brought Vagina Monologues to their own countries; I never promoted it or tried to get women to do it,” Ensler explains, “because I knew only the women who were brave enough to come forward would do it.”

The play has been banned in countries such as China, Malaysia and Uganda, with performers under the threat of arrest. And yet in others, the play has been a direct catalyst for legislative change. For example, Monologues was performed in the Philippine Senate, which prompted the passing of bills combating domestic violence and sex trafficking that had lain dormant for a decade. “It really teaches us the power of art, that it has the power to bring up true social change.”

In 2012, this activism was escalated through Ensler’s One Billion Rising – a global movement which aims to resist violence and bodily dissociation by inviting women in their own communities to come together in dance. “In Zimbabwe, they’re not allowed to march because the military is still ruling there, but they can dance,” she explains. “The police don’t know what to do, they’re completely thrown off balance. We have to find these creative imaginative tools which dissolve and go above the violence to create an entirely different kind of energy.” Importantly, Ensler adds, “it’s an international movement so it protects women in oppressive countries because they are joined with global solidarity.”

V-Day also brings concrete support to thousands of women who are raped in conflict zones. Ensler describes the mind-shattering experience of being invited to the Democratic Republic of Congo in 2007 by Dr Denis Mukwege, a gynaecologist “who was literally sewing up the vaginas of rape survivors as fast as the militias were tearing them apart.” There she met activist Christine Schuler Deschryver, and together they interviewed survivors of gender violence on what they wanted – the result is City of Joy, “a place which was that was owned by them, directed by them, where they could heal.”

Over 1000 women have graduated from the City of Joy program, and are back in their communities as leaders. “It’s a real model of what it would be like if women had an opportunity to spend 6 months where they were taken care of, fed, had therapy every day, educated in agriculture and literacy and computer skills and leadership: if they had the time focused on them to recover from trauma.”

However, Ensler acknowledges none of this will actually stop violence against women. “Yes we can legislate it, and yes we can create laws and keep raising money – but that assumes that more women will be abused and violated, and what I want is for it to end.” Her’s is a simple and distant vision. “I want us to get to a place where men could never consider hurting or degrading or raping or abusing a woman and it just wouldn’t be in their mindset anymore and I sadly think we are way off from that.”

Ultimately, she says, it’s down to men.“Unless men wholeheartedly give themselves to this movement things are not going to change. Violence against women is not a woman’s issue. We don’t rape ourselves.”

She is confident that movements which are diverse, educational and which address issues across the spectrum of racism and capitalism are the answer. ”Movements are what change things but people forget that they’re not overnight experiences.” The work may be slow, and the problem complex, but Ensler is a true global activist whose energy has been an inspiration to those fighting gender violence on a vast scale. 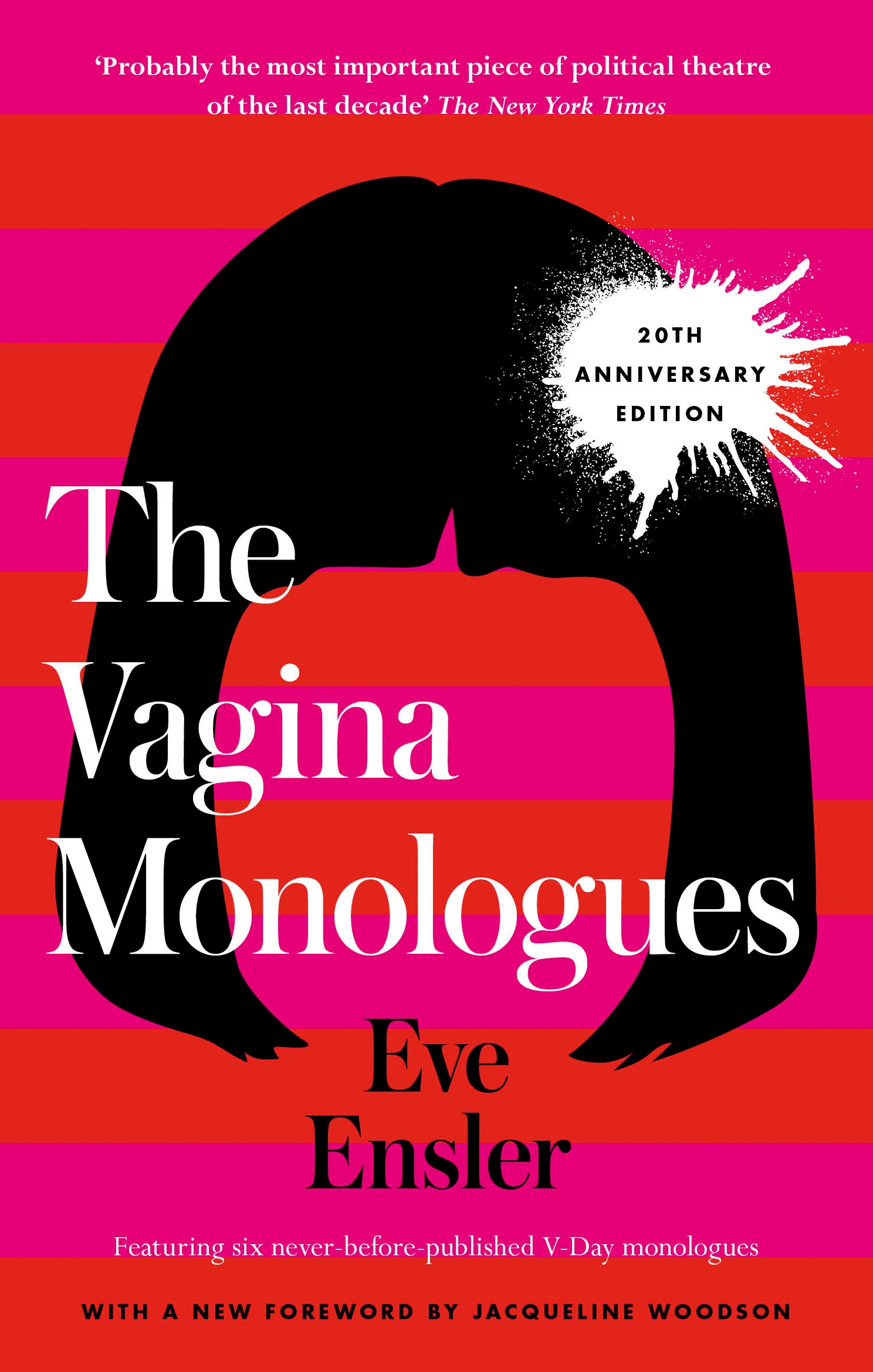 The Vagina Monologues – The 20th Anniversary Edition by Eve Ensler is published by Virago.

Linkedin
RELATED ARTICLES
OTHER ARTICLES
As the Criminal Bar Association enters its fifth week of action, criminal barrister Russel Fraser explains why the legal professionals have walked out and how action is likely to escalate.
A new series of photos by Johny Pitts shines a light on communities and subcultures that have all too often been overlooked.
A sharp increase in officers armed with the electrical weapon is resulting in serious injuries and deaths.
A series of photos by the late Jerry Dantzic taken in 1957 show a tender side to the iconic Jazz musician.
Students are being left to languish in unsafe housing, in some cases leading to serious health complications.
To mark the premiere of his new documentary on surfing giant Gerry Lopez, the filmmaker and former pro skateboarder sits down to share his unique brand of wisdom.