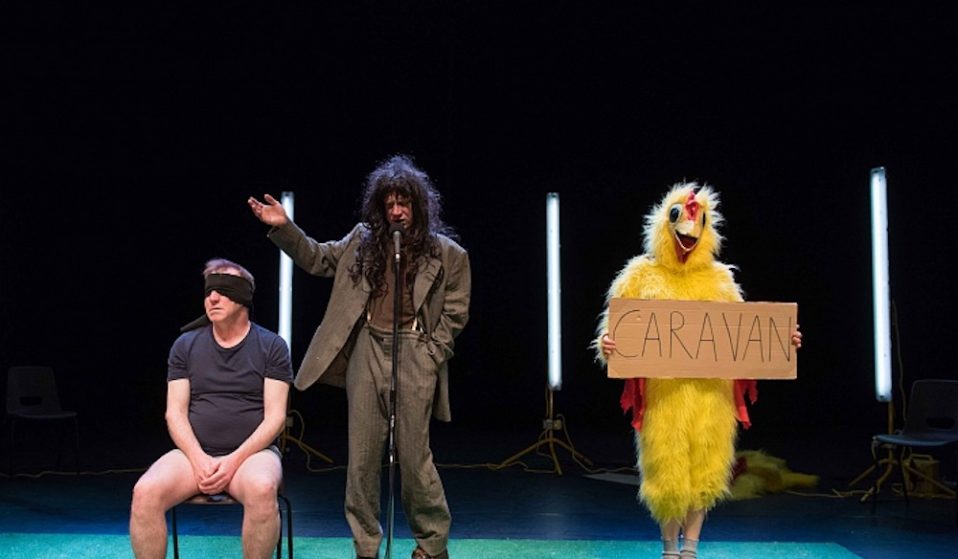 Forced Entertainment is a radical, Sheffield-based company that has spent 34 years dismantling everything we thought we knew about performance. Here, they share their tips on shaking up the system.

Forced Entertainment is a radical, Sheffield-based company that has spent 34 years dismantling everything we thought we knew about performance. Here, they share their tips on shaking up the system.

In the early 1980s, something special was happening at the University of Exeter. Like-minded individuals were mingling; creative ideas were aligning, and an organisation was formed that would secure the production of slightly bonkers theatre for decades to come. It was the birth of Forced Entertainment, a radical theatre company that has spent the 34 proceeding years dismantling everything we thought we knew about performance.

Although there has been a small fluctuation in the six core performers, artistic director Tim Etchells has been a consistent player. Over a rather sketchy Skype link from New York, where Forced Entertainment is currently performing the complete works of Shakespeare using salt and pepper pots, Etchells’ thoughts reach me intermittently. He recalls their early days quite simply: “We identified that we had similar interests and liked the same things we’d seen by other theatre-makers. Over the course of study, we began to talk about starting a company when we’d finished. And we did.”

So, in 1984 they left Exeter, actively avoided London and randomly picked Sheffield as the Northern city to call home. Since then, Forced Entertainment has produced over 60 works that probe the very nature of what performance is. 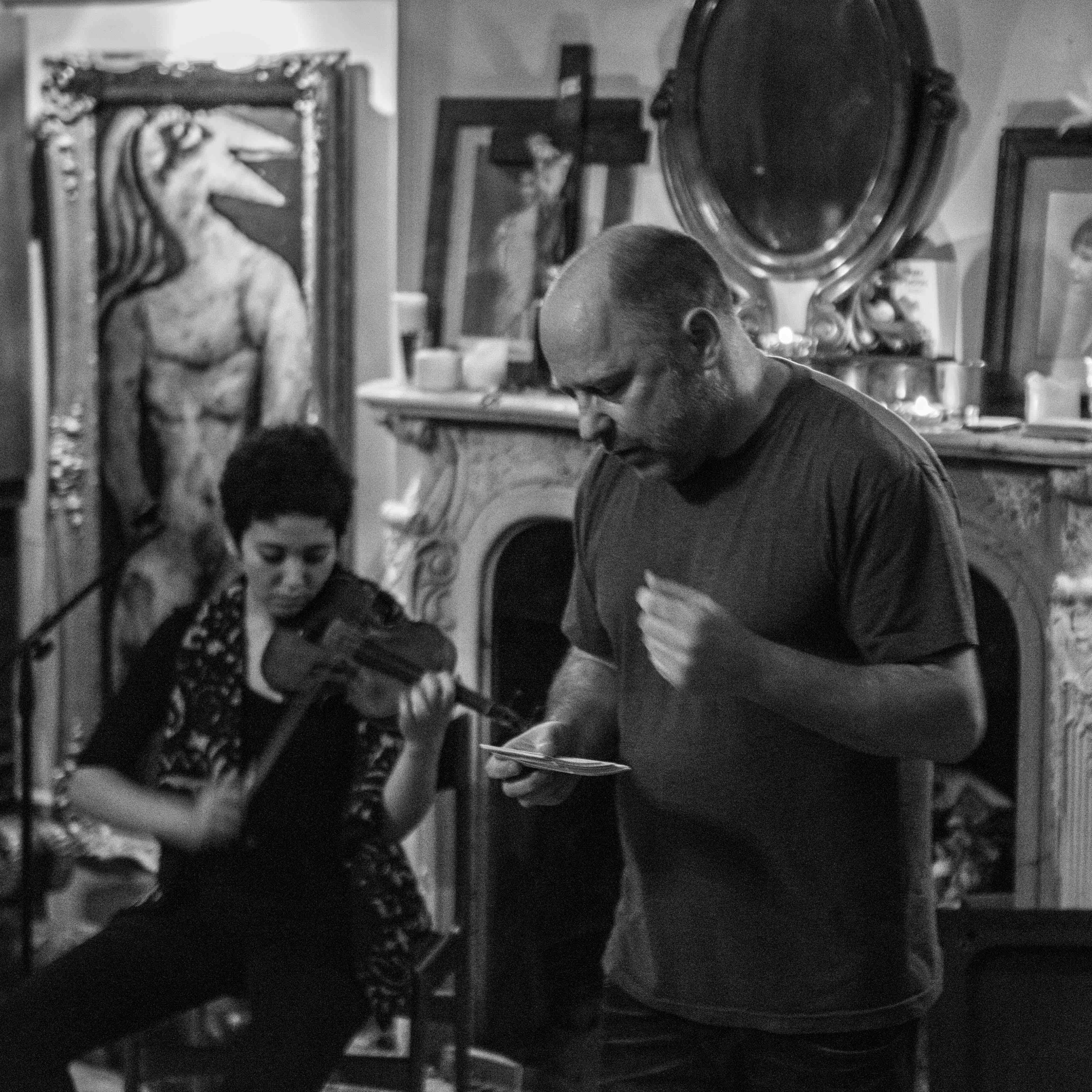 To say their output is vast would be an understatement – they have created everything from six-hour quiz shows to narratives chanted in unison and live confessions of wrongdoing, all whilst wearing costumes that don’t look quite right.

These off-kilter “plays” are a product of the initial spark those students uncovered in the rehearsal studio at uni. Consequently, everything they create comes out of an intensive development process.

“Things often start from a really small detail, scene or fragment,” explains Etchells. “We will be trying lots of different things and then something will happen, and we’ll think ‘oh, that’s really powerful.’ Our process is very particular and quite gruelling in terms of spending a lot of time talking, getting stuck, and not knowing where we are going on a day-to-day basis.”

Regardless of how “gruelling” this creative journey is, they’ve managed to stick it out together for over 30 years, much longer than many relationships, marriages and bands manage. How they’ve remained artistically relevant and good friends is not a mystery to Etchells: “We’ve required the company to change as we’ve changed – not just artistically but in terms of people’s lives too. So, if we’ve had kids or if someone went to live in another country, we’ve adapted the way we work to make sure the company provides a sustainable place for us to remain in that collaboration.”

There is also flexibility for each of them to work on solo projects. Etchells is a well-established artist with a practice that applies his questioning approach to word art, photography, curating, composition and anything where the creative process can be interrogated. Even so, he is aware of the unique power of theatre: “Performance brings people together in a very intimate, shared experience, which at best can remind you of the powerful shared bond that you can have with other people, and at the same time can remind you of the fragility of social and political relations between people.”

How to start your own, truly innovative theatre company

“Don’t listen to advice, only follow intuition. And I refuse to offer advice to myself – wary of anything that would break the rhythm or flow of the way the work unfolds in its own idiosyncratic directions and paces. For me, the work is all about following your nose, about being in a particular time, a particular place, with particular people and particular information.”

“We made our mistakes and (as far as possible) have learned from them. But other people need to make their own mistakes – in their own place, in their own time and their own context. Seen in this way mistakes aren’t something to avoid: they’re generative, productive, necessary and highly personal. They’re a form of navigation and everyone has their own. Make your mistakes. They are yours to make.”

“Learn to see what is actually happening in the room, on the stage, in performance and not one’s fantasy of what’s happening. Really looking and really listening. I don’t feel like this is something I’ve learned as such. It’s an ambition. It needs constant work, constant reminders. Look at what’s in front of you. What’s really happening. Pay attention. Trust doing things – trying things in the rehearsal room, not ideas in your head, not writing a text. Only people in a room, materials in space and time.” 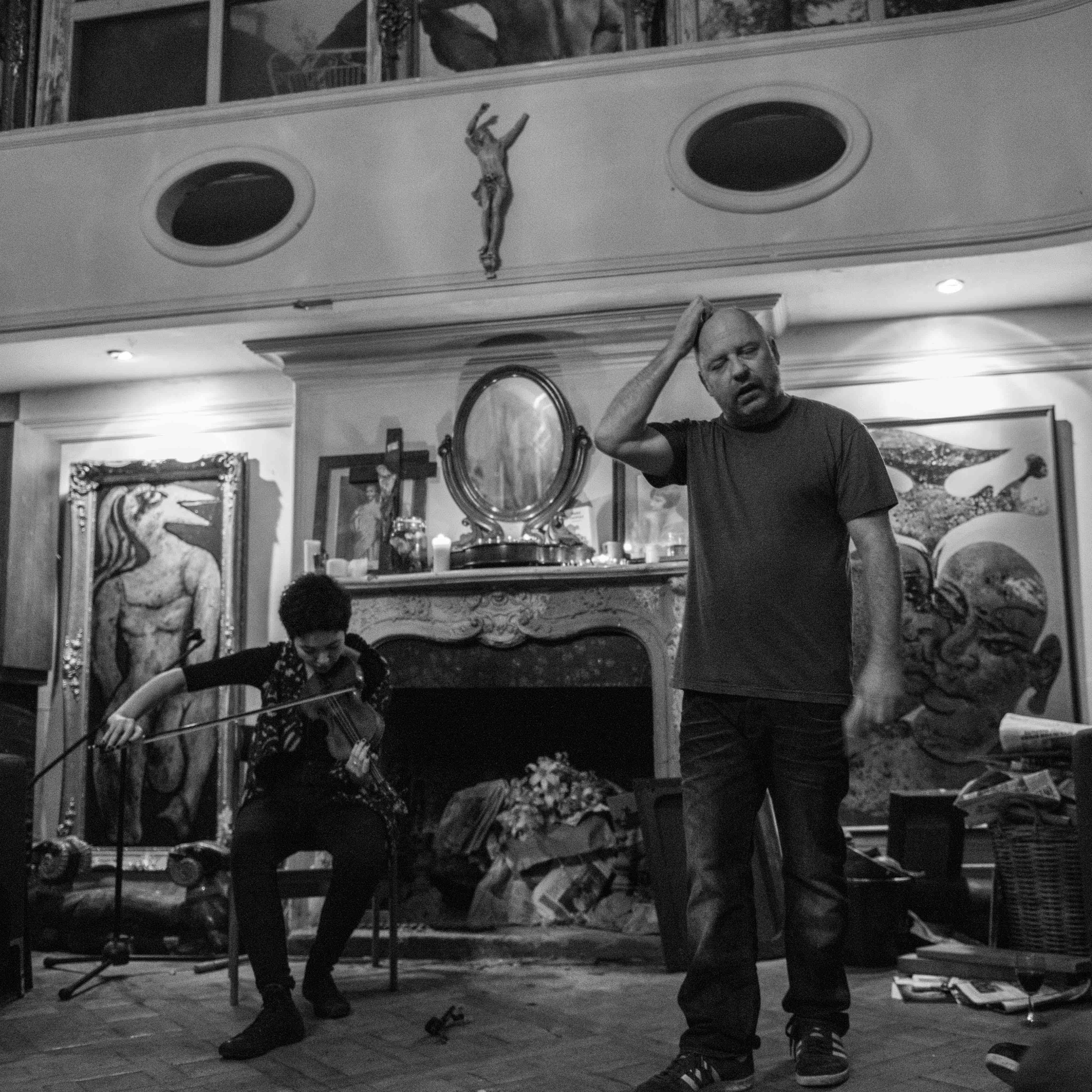 “I think stubbornness counts for a lot. Sticking to your guns. Identifying and staying with the things that fascinate, interest or compel you. Be prepared to make things work in new ways if needed, to invent your own solutions for things, your own ways of realising and distributing things. The structures that are in place – institutions, funding, distribution – may well not be set up to support or understand the work you’re doing – so very often a DIY approach is needed. As time goes on people will rally round – but be prepared to go it alone for a long time.”

Remember there’s more than one route

“There’s no one route. Of course, studying – university or drama school or art school – are all good ways of connecting to other people, of finding possible collaborators, as well as being spaces where you can expand your horizons, try lots of things. My own experience was like that – studying at Exeter was where most of us in Forced Entertainment met. So that worked for us.”

Forced Entertainment is currently on tour in the UK and Europe. Tim Etchells will present Strong Language at Off the Shelf Festival, Sheffield, 12-14 October.

Linkedin
RELATED ARTICLES
OTHER ARTICLES
With the singer’s tour in full swing, we sat down the musical production company who made the electrifying show possible.
Photographer Ira Lapu documents the lives of ordinary Ukrainians living amid a brutal conflict.
Shaunak Sen discusses his documentary chronicling an ad hoc hospital’s efforts to protect the city’s birds of prey.
A campaign led by ex-torture survivors and refugee organisations has left the Tories with no planes left to carry out their callous scheme.
After a devastating fire, creatives in the city are coming together to call for more affordable workspaces.
The photographer reflects on a decade which saw the rise of MTV and the flourishing of new genres.