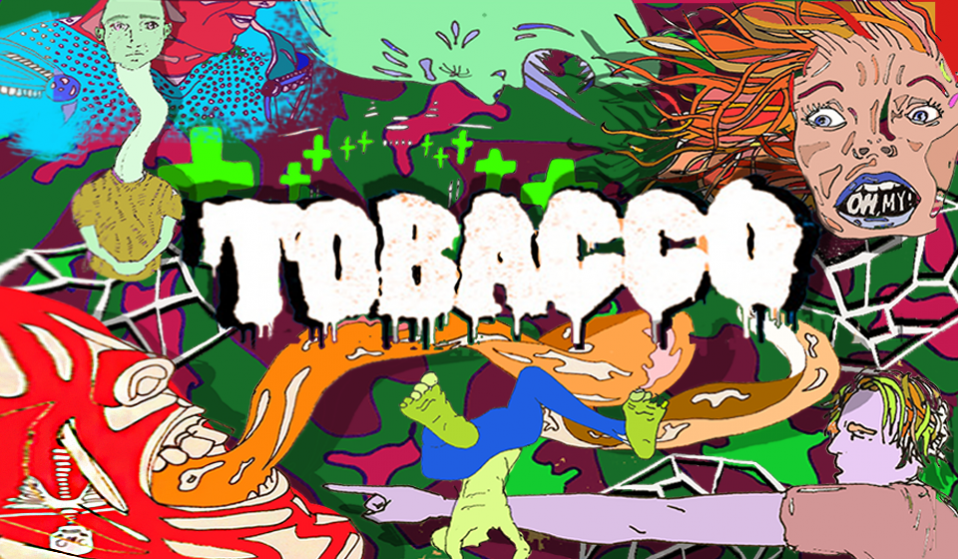 Photography © The Seven Fields of Aphelion

Tom Fec, the driving force behind cult band Black Moth Super Rainbow, talks about the art of prank calls, getting sick of yourself and trying to remain anonymous.

Tobacco is a freak. Ever since he was a teenager in Pittsburgh, Pennsylvania, the musician has been forging a sound that’s as infectious as it is unsettling: a mind-melting mix of hip-hop beats, woozy synths and processed hooks.

Their eccentric take on pop has inspired artists like Earl Sweatshirt and Connan Mockasin – but always at a remove. They operate under aliases, appearing in masks on their artwork.

Within that void, endless fan-made videos have mushroomed online for both Black Moth and Tobacco. They all tend to draw from similar elements: footage of ’80s workout videos, trashy b-movies and obscure kids’ TV shows.

There’s probably no better primer for Tobacco’s music. Something about its aesthetic and attitude (pulled from warped videotapes, old-school computer games and beat-up cassettes) draws in listeners that didn’t even grow up without those formats.

But the more that Tobacco’s gnarly sound seeps into the mainstream, the more it pushes him to be weirder.

That’s why fourth album Sweatbox Dynasty sounds like a set of speaker-blowing bangers from another dimension – a netherworld that feels wholly Tobacco’s own.

Your work is full of beautiful pop melodies – but it’s like you rough them up and defile them. How conscious is that?

I need things to sound off. I have this natural inclination to try to make stuff that’s hooky or catchy and then I get so bothered by that… [laughs] I like to wreck it as much as possible.

You have a reputation for being anonymous. But your name is out there; you meet fans after shows; we’re talking on the phone now – so where do you draw the line in terms of what people shouldn’t know?

I take cues from the artists I listened to as a kid because I didn’t know anything about them outside of their songs. Every once in a while there’d be this awesome moment where you’d read an interview with one of these bands and be like, ‘Holy shit!’ – and that’s it. That’s all you’d ever know.

But I draw the line at social media. Some of the artists I follow I then have to unfollow because there are some things I just don’t want to know about people. Too many opinions. I prefer to keep things pretty free of personal information. 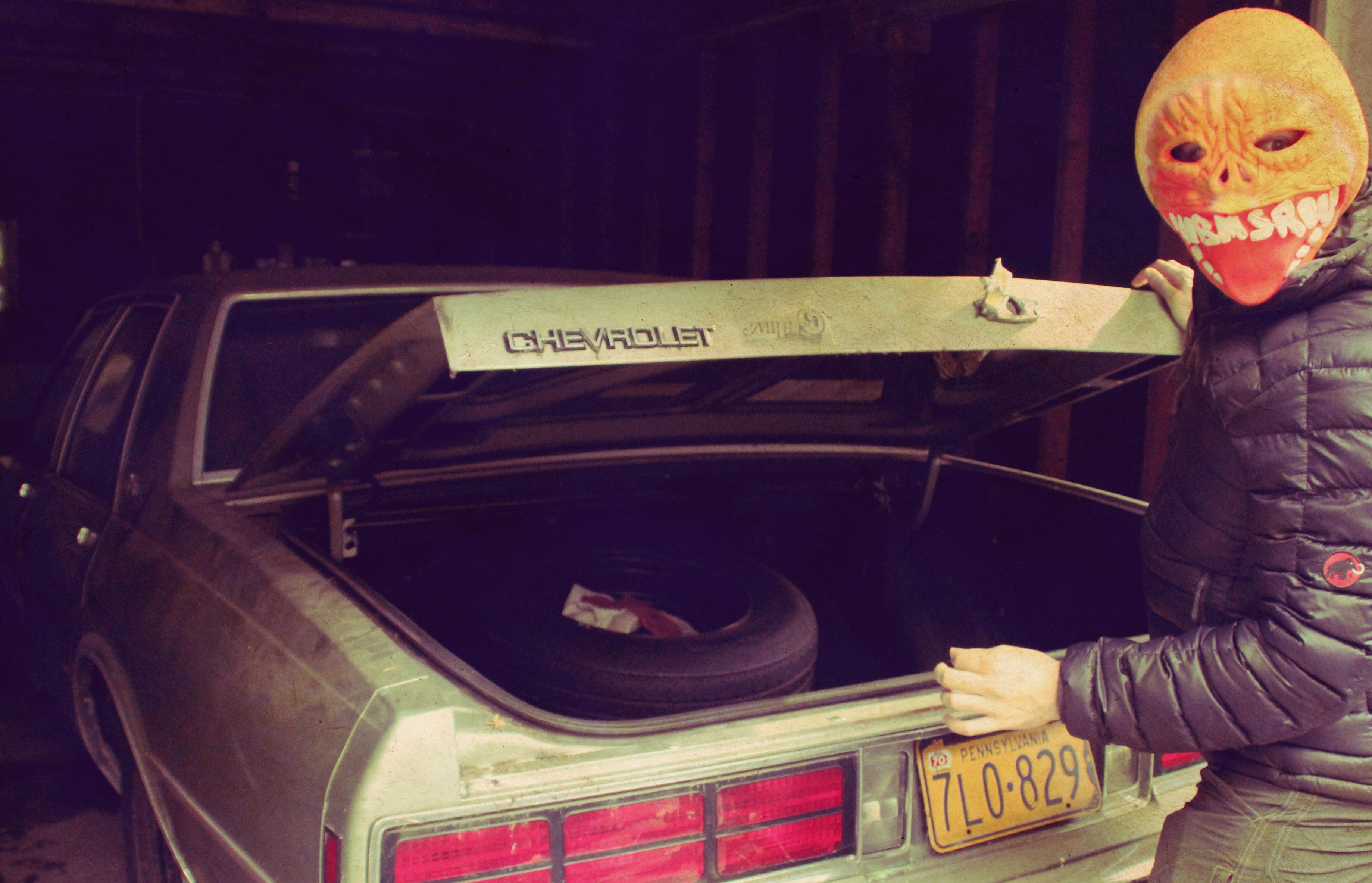 Do you think withholding that personal information makes people more determined to get hold of it? Or do you see yourself as living proof that it’s completely unnecessary?

I’m living proof that it’s completely unnecessary. But I don’t even think of it as ‘withholding’ – that’s just who I am. I would feel embarrassed to share the kind of things some people say on Twitter.

When you meet fans after a show, are you wearing a mask?

No. But everyone is usually respectful enough. When we take a picture, I always cover my eyes. And it’s not like you can’t find my stupid face out there. Still, I don’t know. I’m just weird! I’m awkward. I don’t like having my picture taken and I never did.

You’ve said that your work has been more inspired by prank calls than music. What is the art of making a quality prank call?

Conversation. I never want to make it about doing a skit or anything rehearsed. It was always about finding the best characters and bringing out what you know is in them.

In Pittsburgh, where I’m from, there are some crazy racists and ridiculous assholes. It’s really easy to push their buttons and get them to be themselves – that’s way funnier than you or I could ever be.

It’s been about four years now since I’ve even made a call but for a while I was trying to make my own album [of prank calls]. God… I have about 15 hours of this stuff, which I still want to edit and put out some day.

What’s the best piece of advice another artist has given you?

I don’t even know if I feel comfortable saying this. Wayne [Coyne] from the Flaming Lips once said to me, ‘Do you want to be Pavement or do you want to be Weezer?’ [laughs]

I think my answer was that I don’t really want to be either. [laughs] I don’t think I’ve taken his advice.

I’m a pretty unknown guy but it’s like, whatever. Sure, it would be fun if more people knew what I was doing… but I’m living off this and I like the people who come out to our shows. They know what I’m about – we have a thing. But I don’t want to sound like I’m content. I’m way too fuckin’ depressed to ever be content. 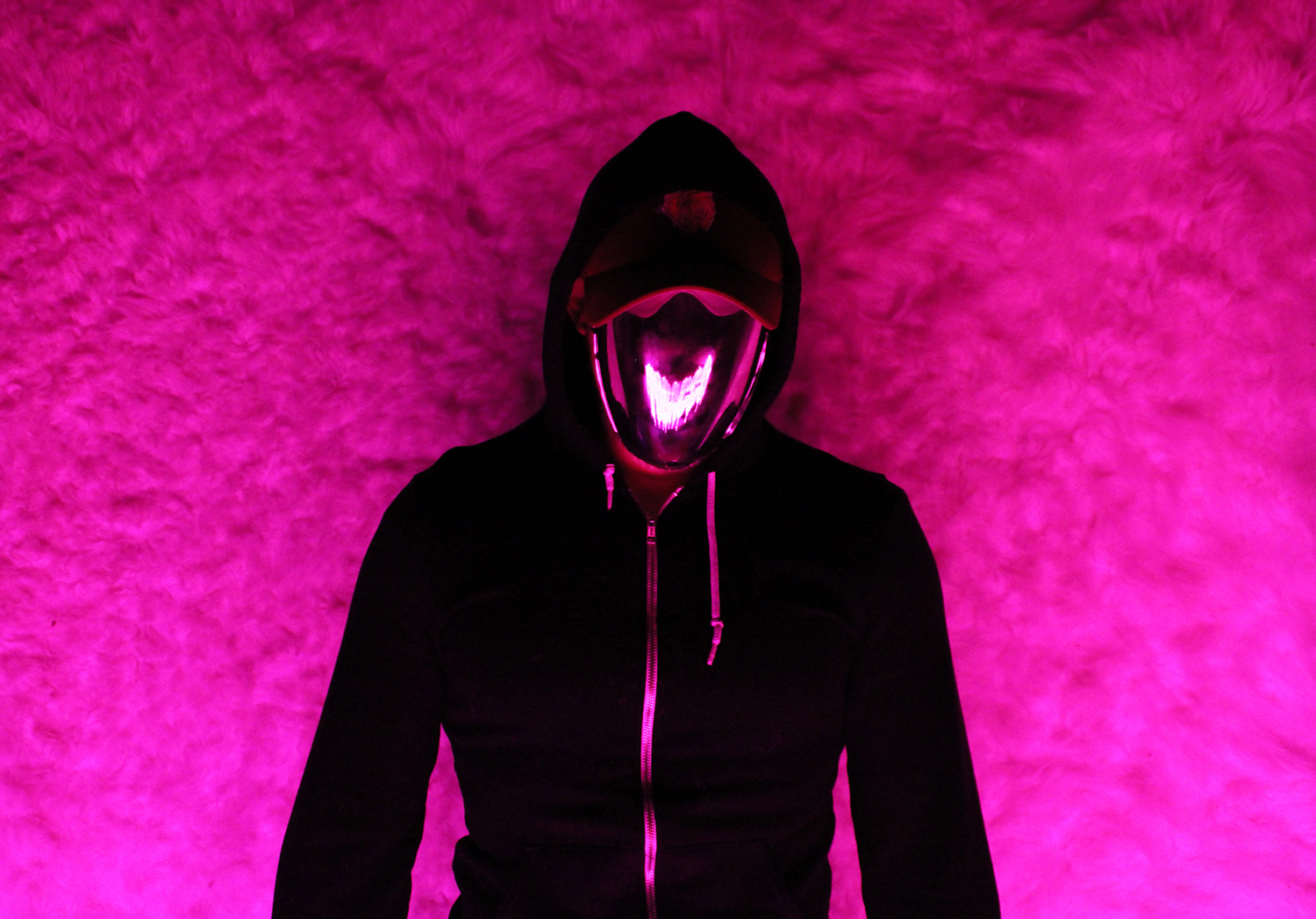 Do you feel like you’ve got anything left to prove?

I always thought it would be awesome to be a one-hit wonder. I’ve never been into bands that have a legacy of hits. I’m fascinated by artists who have one hit that soundtracks your whole summer and it means so much.

If I could just do that, all the people who don’t like me will just disappear – well, for one summer. Then it will go back to how things should be.

That sounds like a lot of artists’ nightmare. In one way it would be great to get to that level but then you can never escape it. You might get sick of that song.

Oh, I get sick of my songs anyway. I’ve already had so many of those moments. There are things I’ve done with Black Moth Super Rainbow where people will always be like, ‘Aw man, you’ve got to make another Black Moth!’ And yeah, maybe I will. But that’s not really where I’m at.

So that idea doesn’t scare me because I know that everything I’ve done is real. I would want that one hit under my own terms and the people who get what I’m doing would totally understand the irony in that.

But when you have these glitchy moments that jump and skip around like intentional mistakes, are you trying to challenge listeners?

Yeah, but that always comes second to challenging myself. Playing around with how things start and stop is kind of how my brain moves. [laughs] The last song on there [‘Let’s Get Worn Away’] – that’s how I always want to hear music.

It’s the way I think. I wanted to make a whole album like that but you can’t really turn that into a label and expect them to be excited about putting it out. But you can do it for one song!

Why can’t you do a whole album like that? Surely there’s a part of you that says, ‘Fuck it. This is where I am right now.’

I think I do that. Everything I do is self-indulgent except I had to kind of pump the breaks on this one and be like, ‘If every song is this weirdly edited and out of time, that might be a little too much.’ I might get there eventually.

If I wanted to make everyone happy, I would just keep making Black Moth albums. But it doesn’t feel real. It’s just not in me… at the moment.

I come back to Black Moth every once in a while; I write like one song every year, so maybe in 15 years there’ll be another [album]. I don’t know. I really do want to do another one.

I know every single way I could make people happy and if it doesn’t feel real, I just can’t do it.

Check out Tobacco on Bandcamp. Sweatbox Dynasty is out August 19 on Ghostly International.

Linkedin
RELATED ARTICLES
OTHER ARTICLES
Since 2007, Gideon Mendel has made 20 trips to document floods in 13 countries. The result is an alarming record of what has already been lost to the climate emergency.
After blocking the Scottish government’s gender recognition reform bill, Westminster is now devising further changes to the law to make it harder for trans people to self-identify.
Following the release of his debut single, Deyaz talks battling addiction, dealing with his struggles through music, and building a budding music career from his living room.
A new law change is enabling Britain’s donor-conceived children to know the truth about their origins – but campaigners say the fertility industry must do more to protect people.
Filmmaker Laura Poitras discusses her new documentary which traces the remarkable life of the artist-activist and the impact of her battle against the US opioid crisis.
A new exhibitions brings together the work of photographers who documented the deep unrest of these pivotal decades.