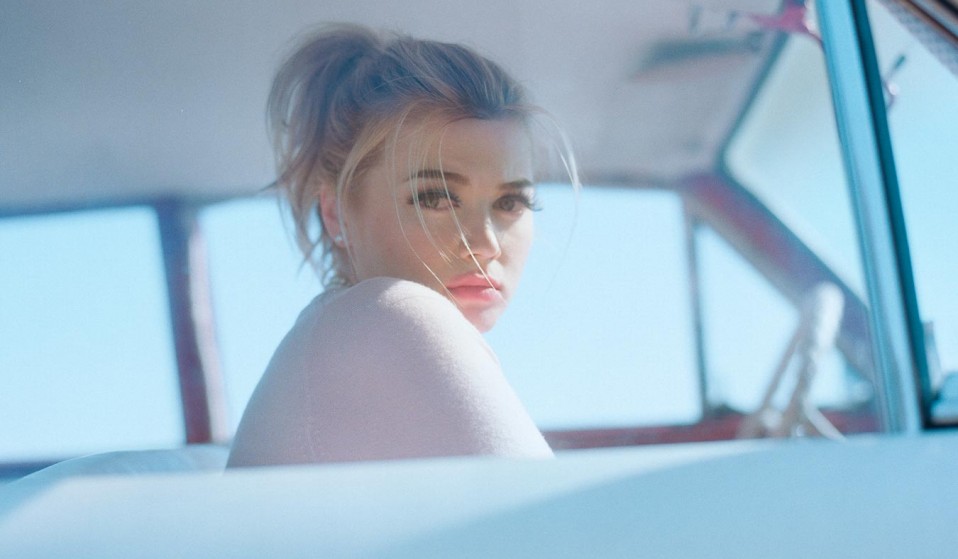 Text By Todd Hido, as told to Cian Traynor

By identifying as an artist rather than simply a photographer, Todd Hido proves that there are no limits – except the ones you impose on yourself.

By identifying as an artist rather than simply a photographer, Todd Hido has forged an illustrious career out of sheer creative freedom. Taken at a step removed but with an inquisitive eye, the breadth of his work proves that there are no limits except the ones you impose on yourself.

I first started taking pictures while racing BMX bikes back in the 1980s. Like any kid doing tricks, surrounded by friends in the neighbourhood and at weekend competitions, I wanted to capture key moments. My initial impulse to pick up a camera was just to document something that was part of my life.

Early on, I became conscious of finding my own voice within the medium quite organically. I had a good teacher at Theodore Roosevelt High School in Kent, Ohio, who noticed something in my work and submitted it to a couple of scholarship-based competitions. Lo and behold, I won. 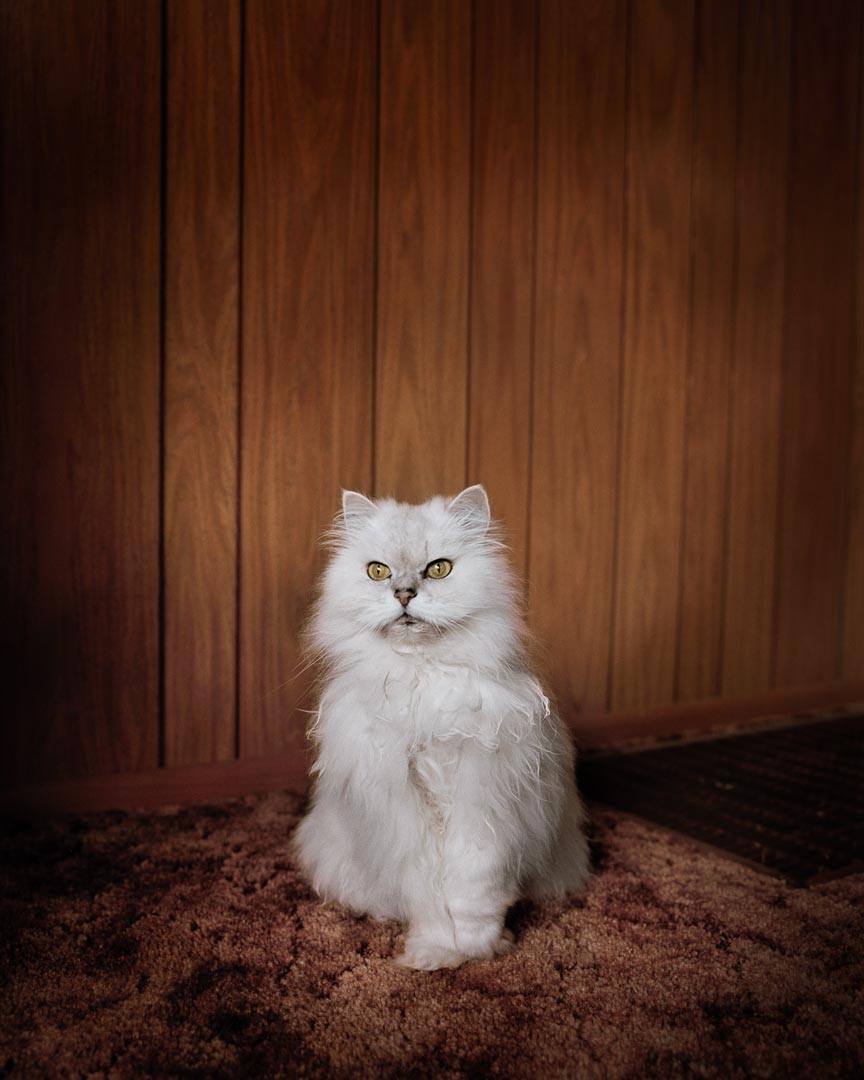 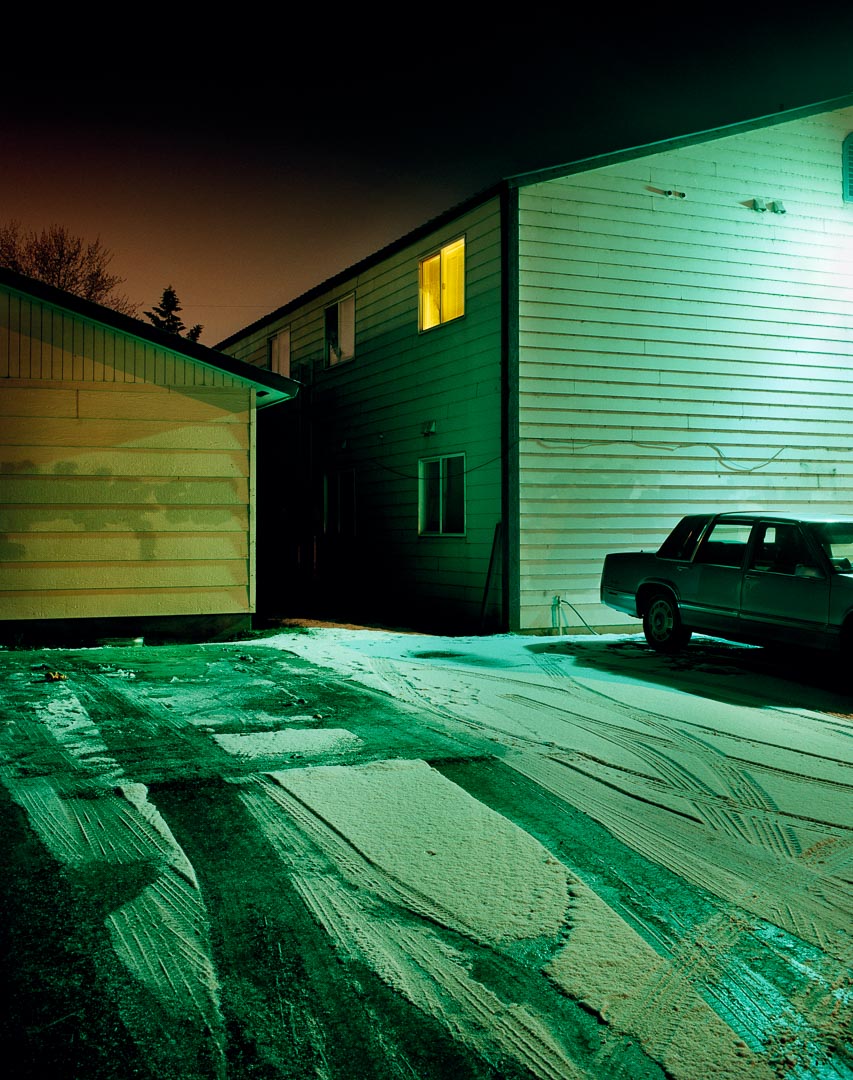 The surprise of that achievement is part of what got me hooked, but I also just loved making art more than anything else.

Even at such a young age, I understood that to fully pursue photography I would have to take care of myself and have something to fall back on. Entering into a life of art – and this is the part they don’t tell you in school – is entering into a life of total financial uncertainty. If you don’t kick ass and hustle, you are not going to get anywhere.

Understanding the physical properties within photography, which I admit are often best stuck to, in actuality did not apply much to me, as I never really paid attention to the rules. I sort of just printed way too dark and would often shoot my camera straight into the sun. 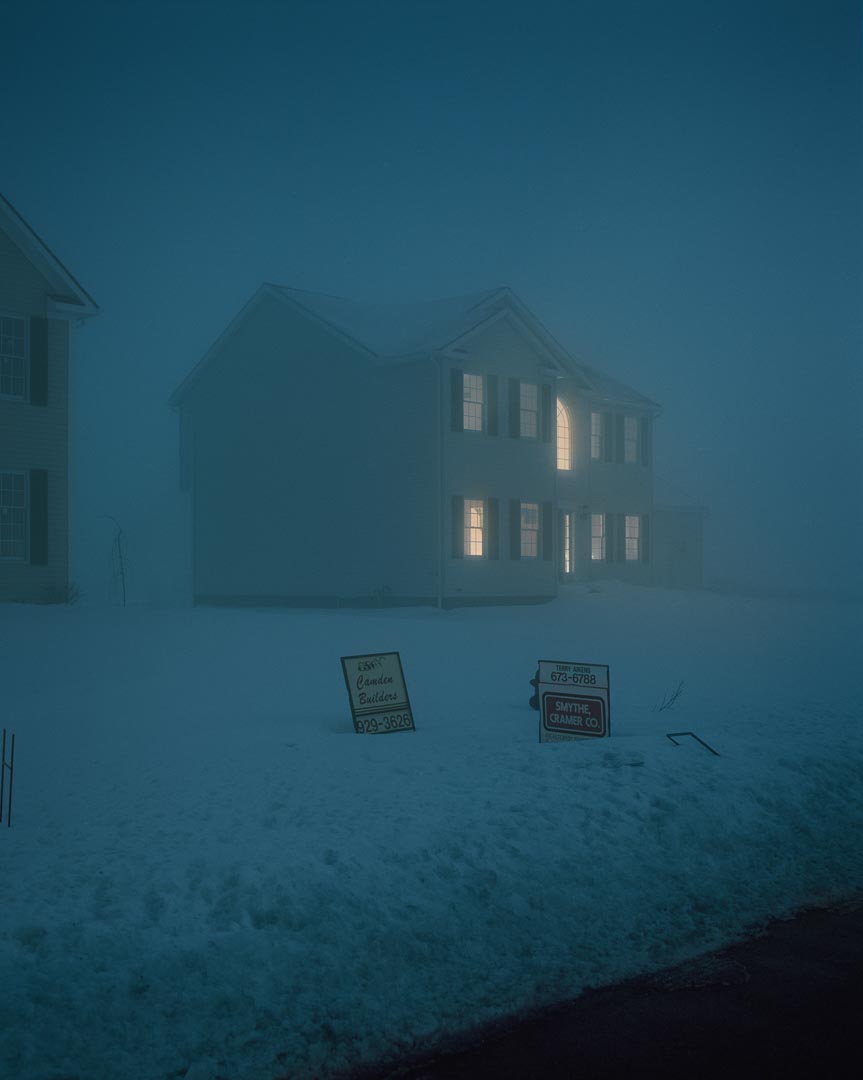 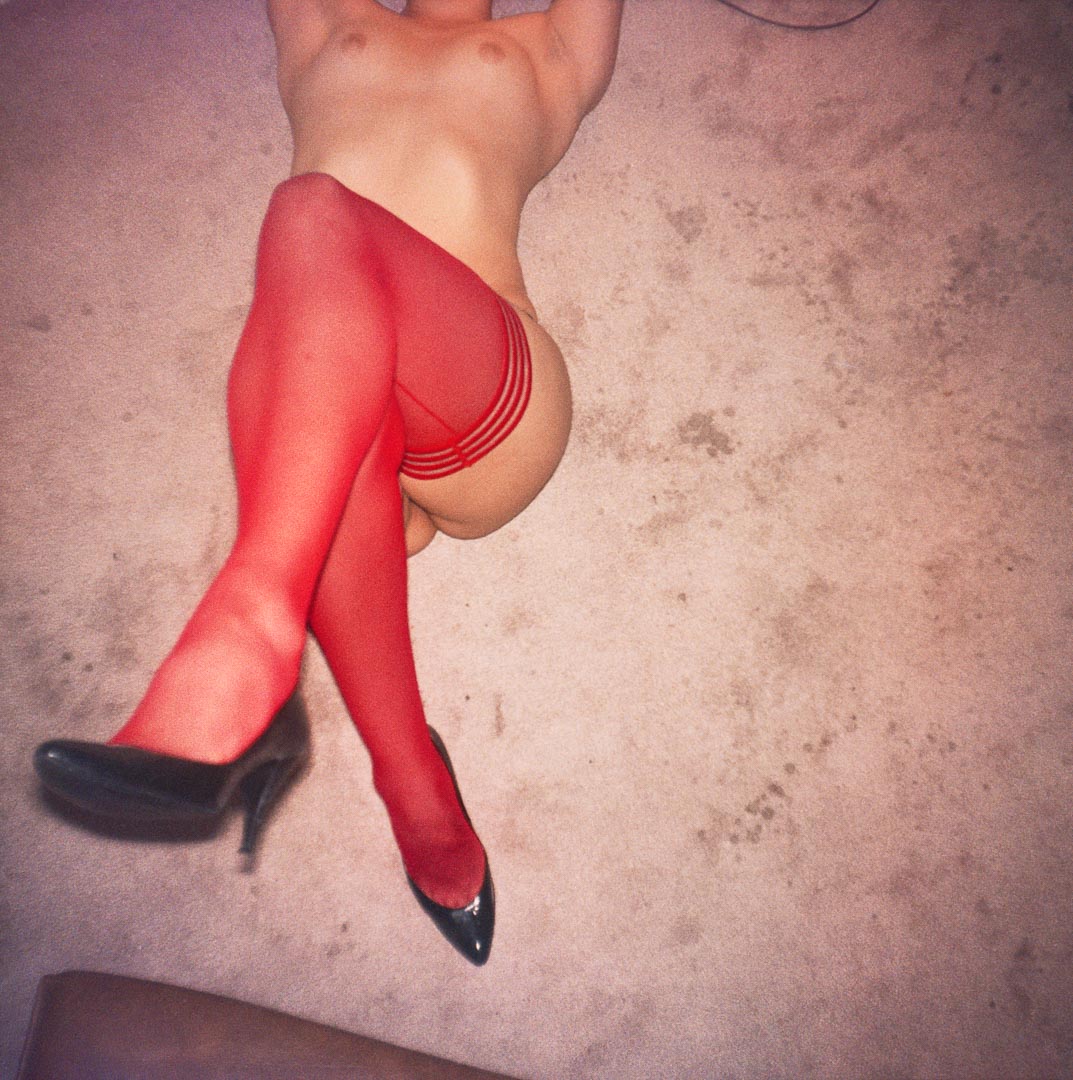 I would credit Robert Adams as one of my biggest influences, admiring his use of space and the plainness in which he developed his work. The places he photographed meant something to me personally as they mimicked the economical development of the area in Ohio I grew up in.

All around me there were farmers selling their land to build suburban developments. The loss of land is very much what Adams laments in his work. My family’s home – a brand new house built on one of those cornfields – was one of the very places that caused such loss.

Flash forward 30 years and I was photographing the same places that Adams was photographing in the 1970s, yet my approach had more of a psychological bent to it – based on being an inhabitant of those spaces, rather than an outsider looking in. 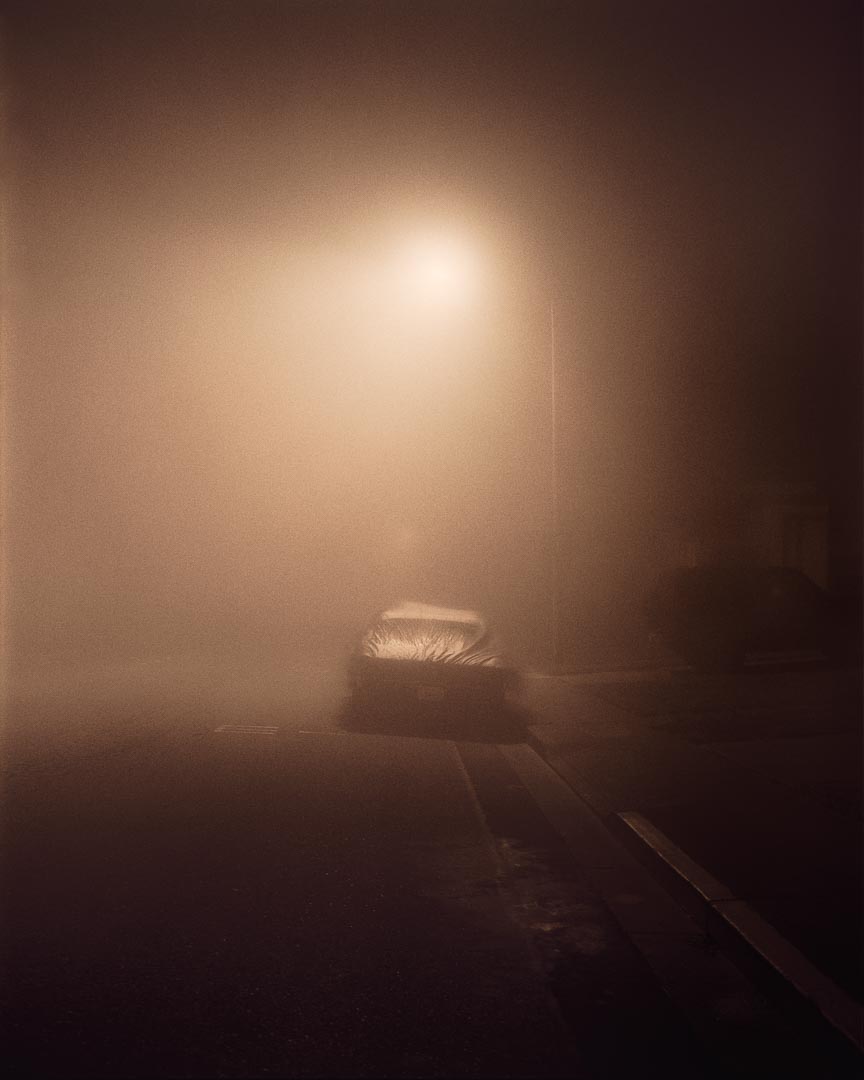 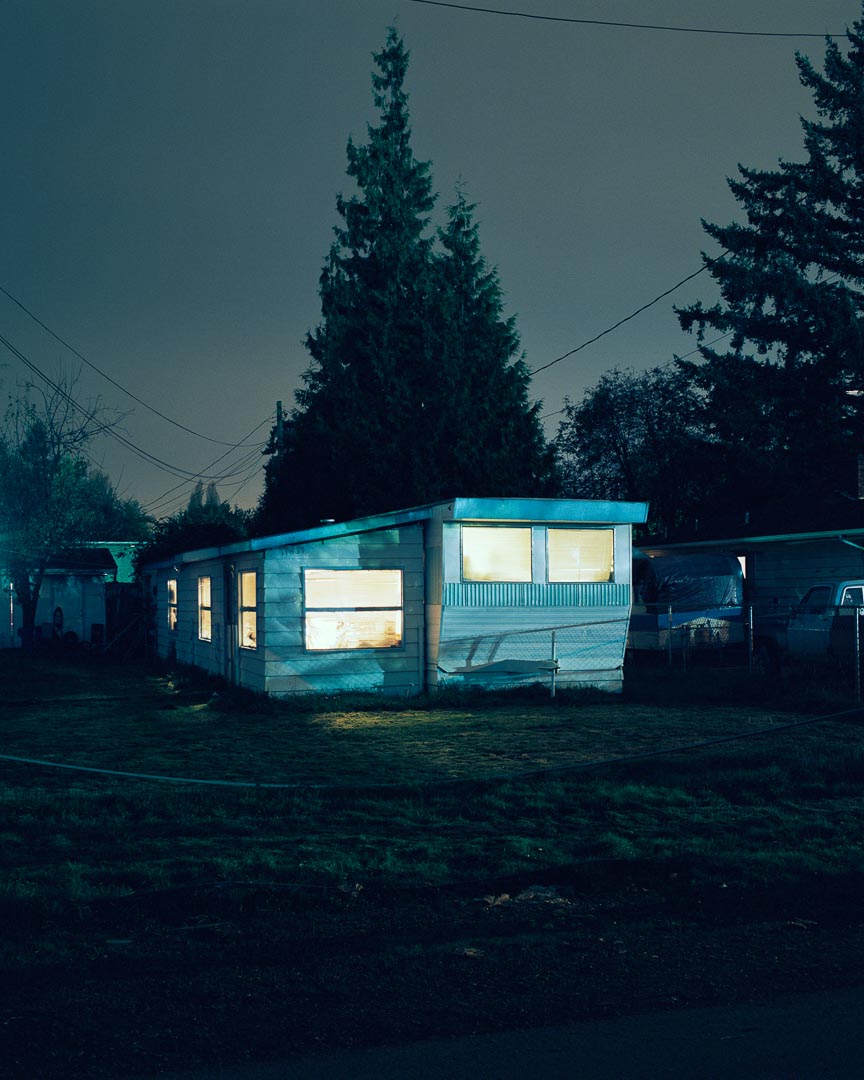 Storytelling very much informs my photos. But I would be the first to acknowledge that other than a lustful quest for seeing new images and collecting books by artists I love, I do not engage in research.

I have an amazing ability to absorb lots of information from multiple sources and  feel like all of that trickles out of my mind into some sort of narrative that used to be based on reality, but isn’t quite so anymore.

Even though I have always maintained a multifaceted approach, it can be said that in the beginning of my career I was reluctant to show alternate aspects of my work. 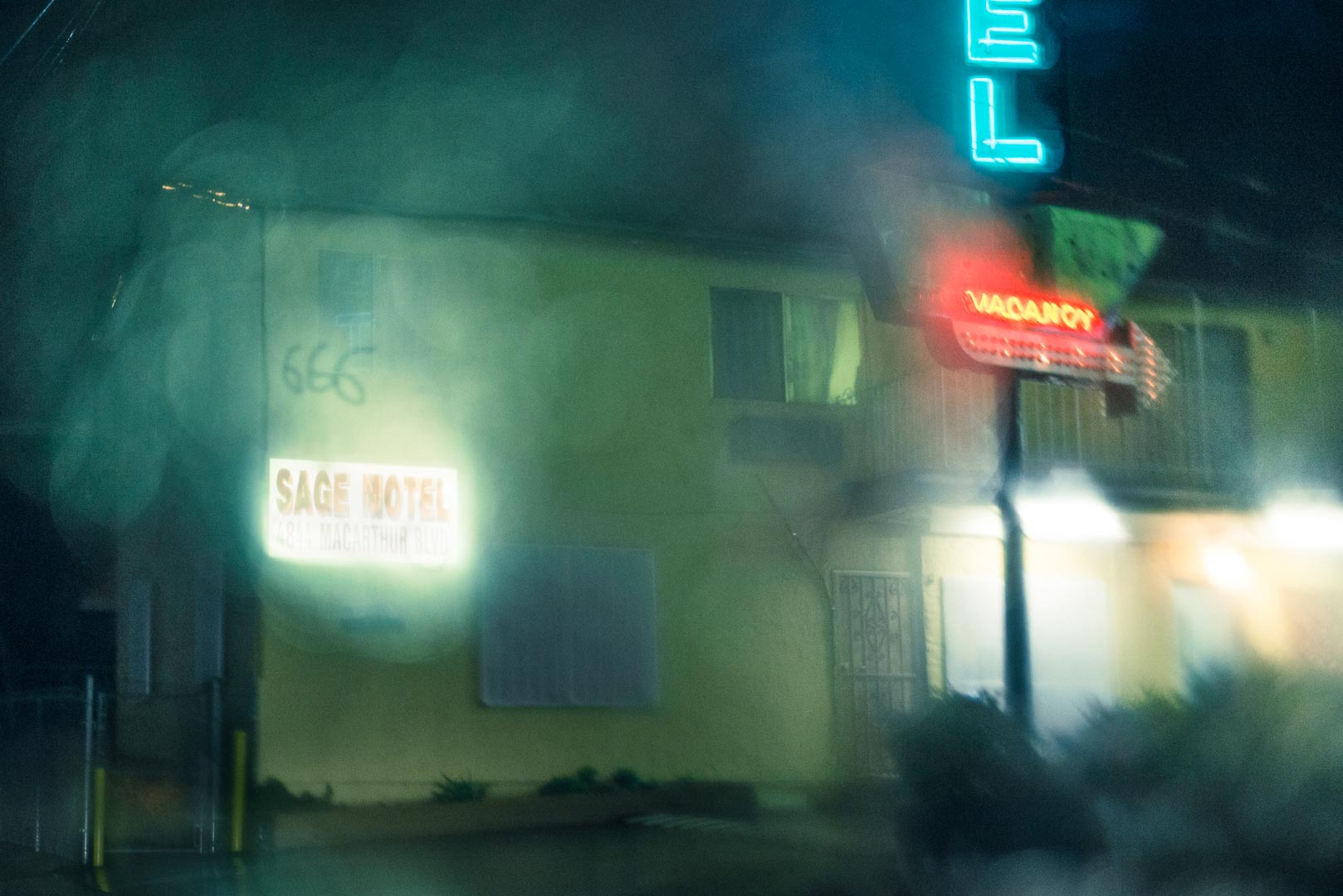 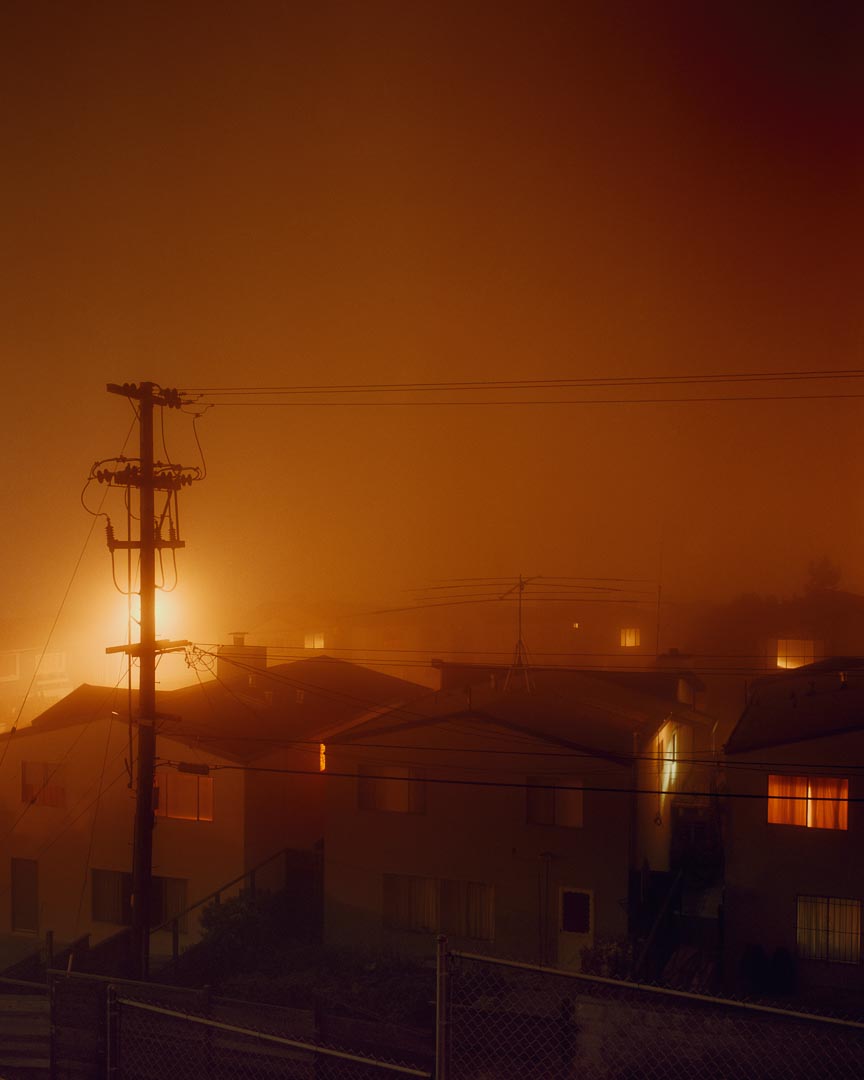 For my first show, I learned from gallerists Steve and Connie Wirtz that it was good for me to tightly edit and focus on specific groups of images. They felt that it would be confusing for the audience to wrap their head around who I was as a photographer. So my first exhibition was 19 houses at night, on a wall and in a grid. The opposing walls were interiors of homes, creating a simple inside/outside arrangement.

It was not until my sixth book, Excerpts From Silver Meadows, that I felt I could put together a richly layered narrative which touched on each and every kind of picture I had made. This was achieved by mixing portraits, found images as well as things I made that looked found – all alongside my previous works.

Today I feel a deep connection to the images that have been published over the course of my career, as well as the hundreds that were left out – so much so that it’s impossible to single out one in particular. The thing that I am most connected to, you could say, is the sum of all of those photographs and how they sit together to create a photobook. 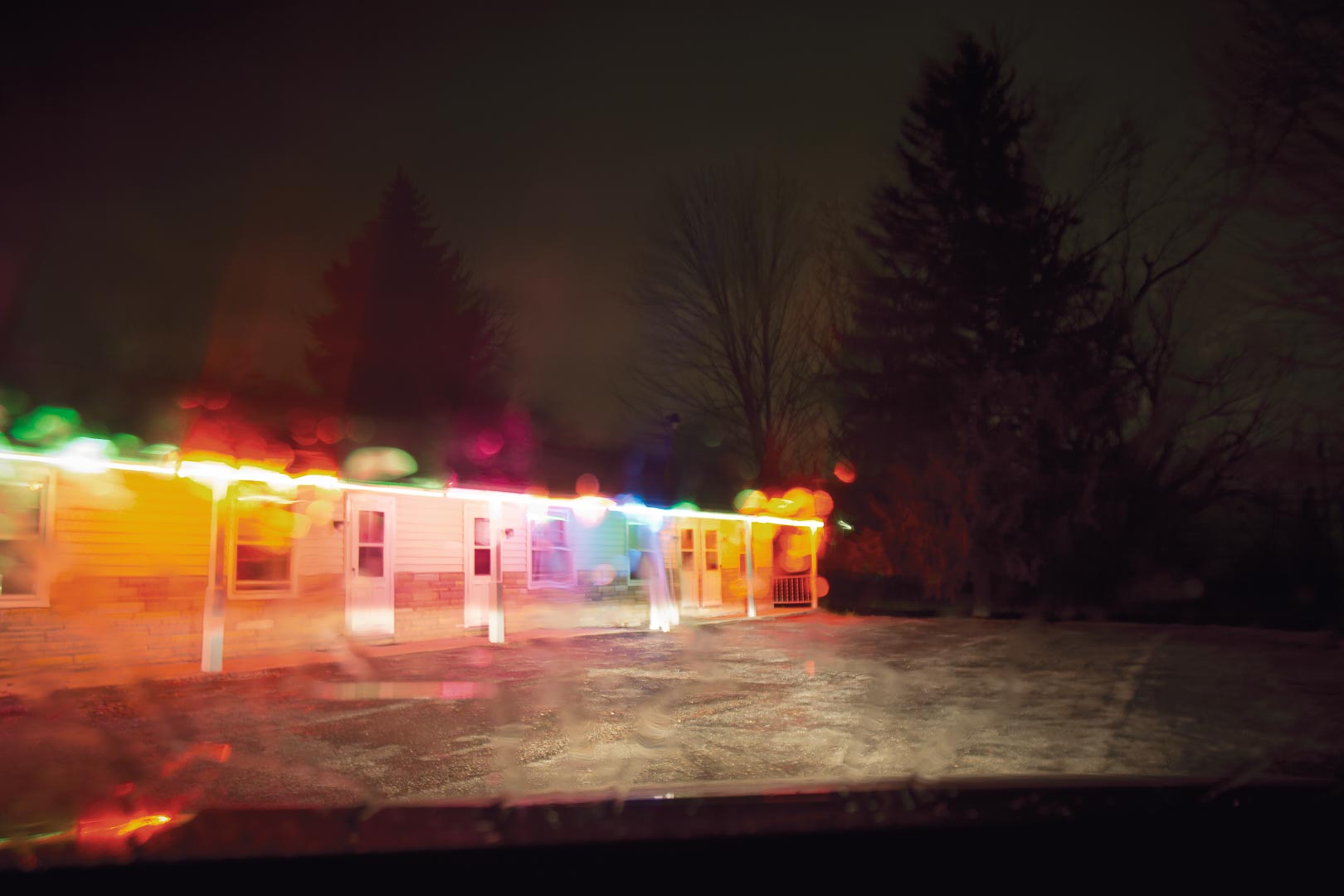 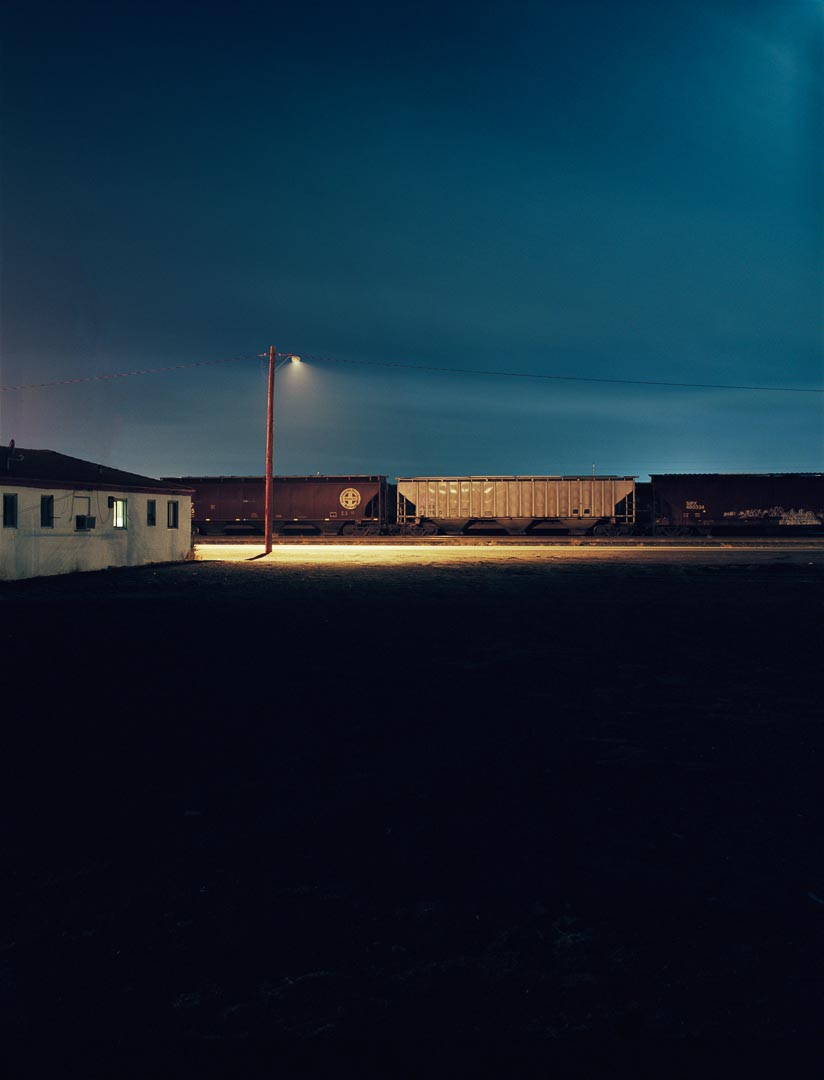 Along the way, I’ve found that the key to developing one’s own style and finding the right subject matter is to shoot your ass off. Find the consistencies within the things that you create.

Trust your instincts. Don’t listen to many people. The less voices you have in your head, the better. Art is a subjective pursuit in whatever you think is right.

Intimate Distance is published through Aperture.

See the work in Rule-Breakers: The Exhibition, showing at 71a London until December 22.

Linkedin
RELATED ARTICLES
OTHER ARTICLES
Theo McInnes’s photos of the annual event provide an intriguing snapshot of contemporary Britain.
After fleeing the war in Ukraine, people are finding it impossible to secure affordable and decent housing in the UK.
A new law change is enabling Britain’s donor-conceived children to know the truth about their origins – but campaigners say the fertility industry must do more to protect people.
AI companies that develop image-generators using copyrighted artwork from the internet are coming under fire from artists who say that it amounts to theft.
The action took place in response to the 200 asylum-seeking children who were placed in hotels run by the Home Office who have gone missing.
Photographer Sean Maung reflects on documenting a small town in Pennsylvania afflicted by high levels of unemployment, poverty, violence, crime, and addiction.