Art & Culture / For LA’s rebel explorer, adventure is a mindset 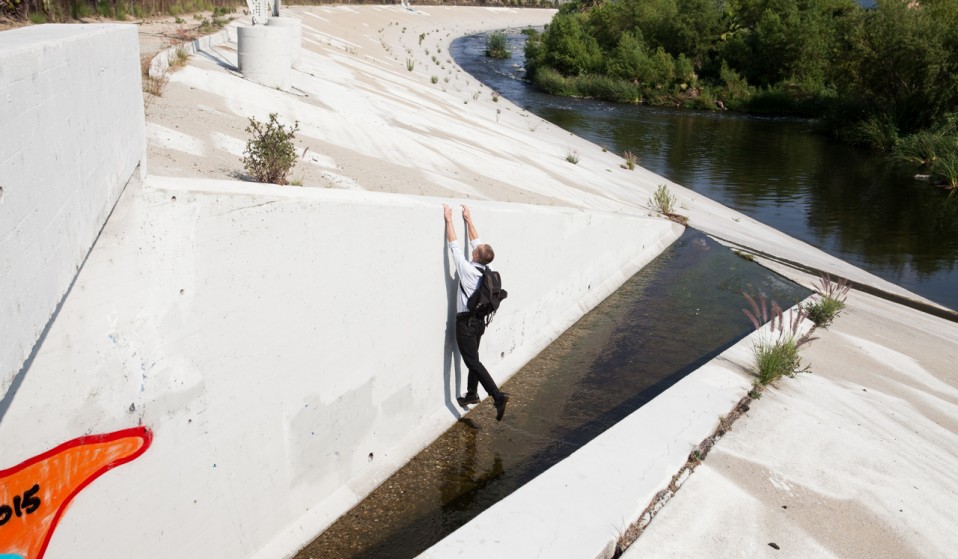 From old zoos to abandoned jails, discovering hidden places is a way of life for Tom Carroll – a wanderer who sees opportunity everywhere.

From old zoos to an abandoned Nazi compound, discovering hidden places is a way of life for Tom Carroll – a wanderer who sees opportunity everywhere, even in the backyard.

You know when you’re a kid and you want to go exploring and your mum doesn’t let you out into the street, but says you can go explore the garden instead?

And you either stick your bottom lip out, sulk and go watch TV because the garden sucks or you actually go out there, use your imagination and have an amazing time?

When we grow up, our home cities are the boring garden – we have to fly to Laos to have an exciting time and discover new things. Or we just take the easier option and plug into Netflix.

Tom Carroll is that other kid, though. He looked at his native Los Angeles, saw there were countless adventures he could have and set up the YouTube channel Tom Explores LA to document it.

Tom’s not your average tour guide (although he is qualified as one); he takes his viewers the length and breadth of Los Angeles to discover all kinds of hidden places, streets, venues and wastelands.

“Adventure is a mindset,” says Tom. “Or maybe an attitude. If you think there is nothing new to discover then nothing new will reveal itself to you. 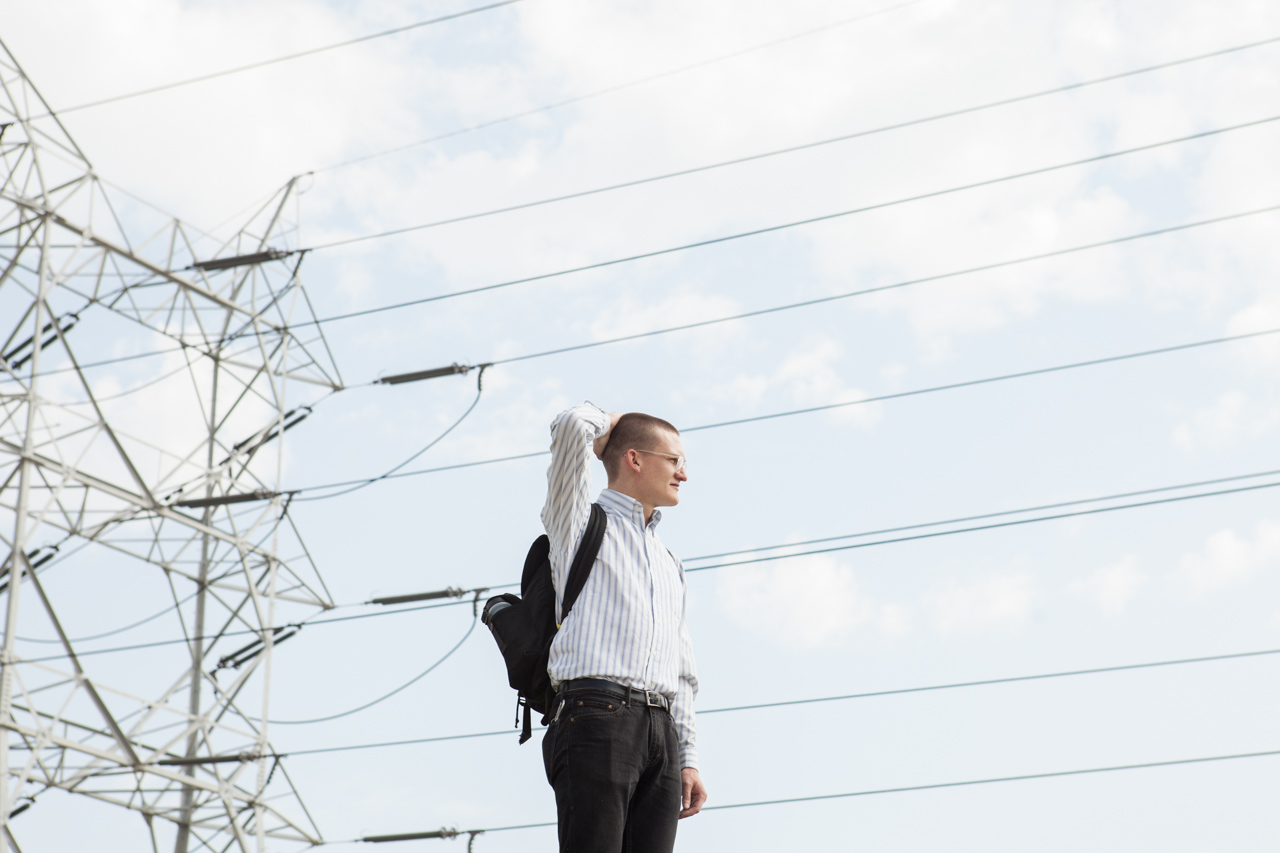 “If you believe that there’s always something new to discover or learn, the universe has a way of presenting pertinent information to you. As long as you keep your mind open to adventure, even your backyard can be a place of discovery.”

In terms of being the kid who never chose to stay inside and watch TV, Tom’s quick to agree. He is that person. So what separates him from the ones who do?

“If you have an outlook of, ‘My city/town/neighbourhood is boring’ then it will stay that way,” he says.

“But if you look at a building and understand that what is standing there probably wasn’t there 100 or 500 years ago, and use that as a catalyst to go to your local library and investigate, I can assure you that what you find out will not only be interesting but will allow you to appreciate your surroundings that much more. 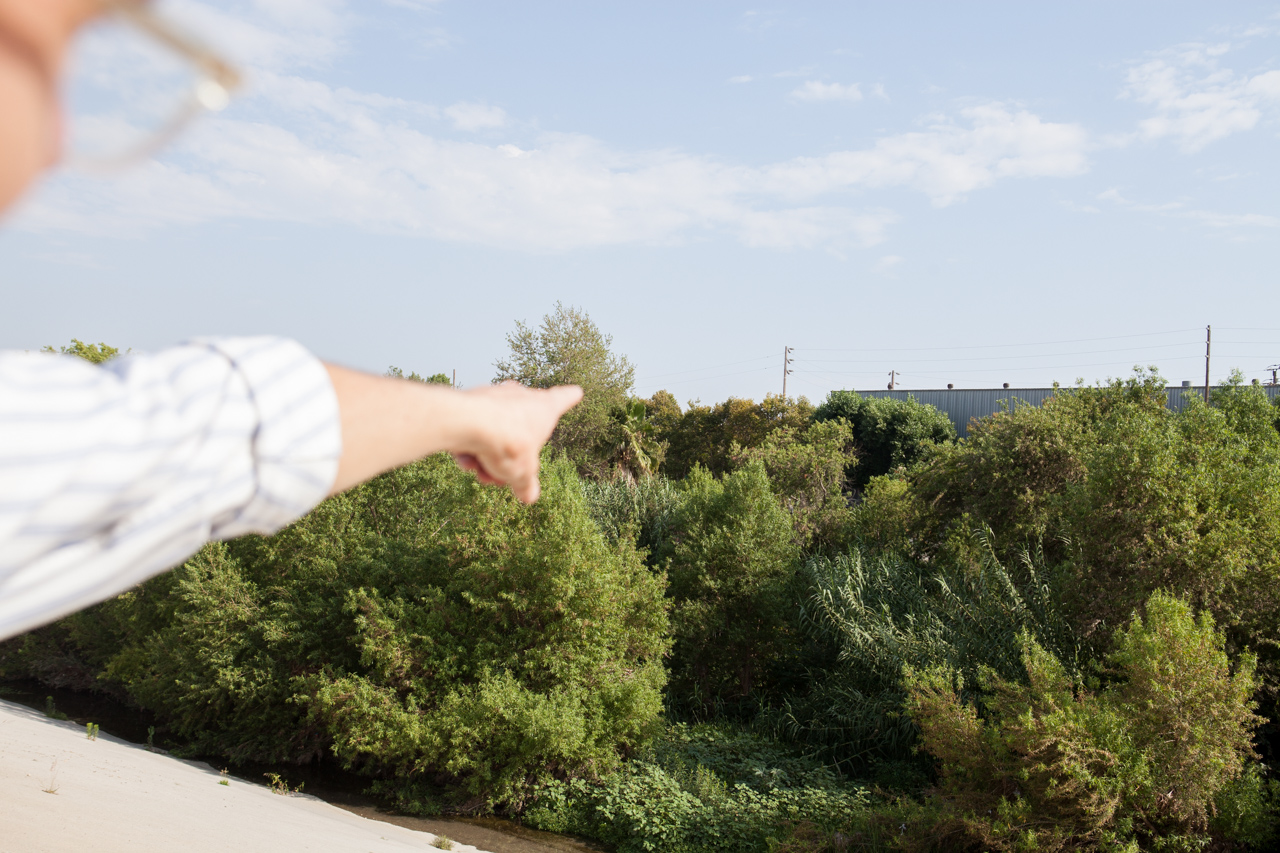 “I am a naturally curious person, and from an early age, education was stressed more than anything else in my life. My parents encouraged me to read and helped me understand the importance of learning. Exploring is just an extension of that.”

When you think about it, LA obviously has an array of incredible spaces to explore – all cities and towns must. But it’s easy to let the grind of life dull your surroundings until you’re just traipsing along the same routes, barely looking up into the sky. 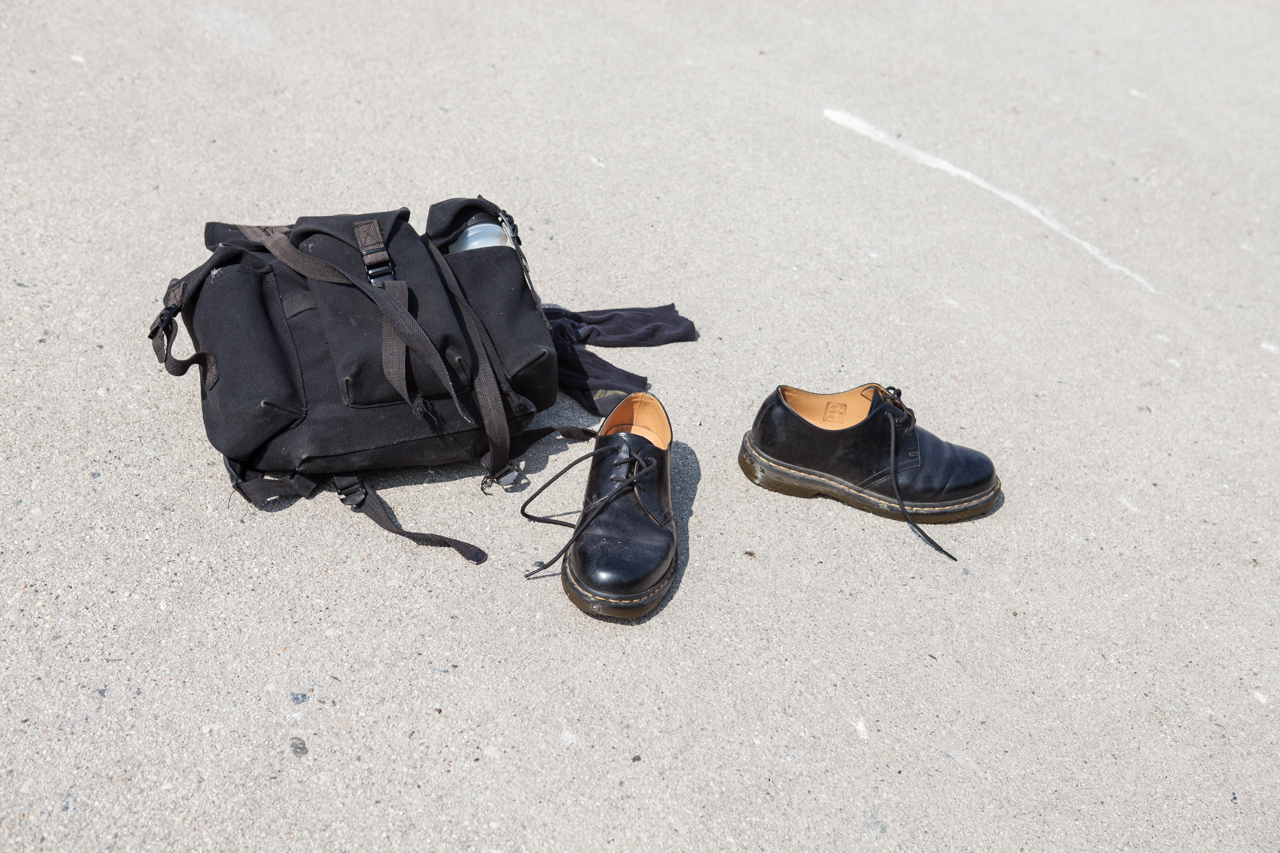 Tom’s taken his viewers from old zoos to the steepest inhabited road in California; to an abandoned Nazi camp and a casual jaunt down the 110 highway (yeah, there’s an actual, caged-in walking path that runs alongside it).

The enormity of the city means he has plenty more episodes left to shoot. Of course, he doesn’t just try the doors of old buildings to see what’s in there.

Viewers send in suggestions and Tom finds his own places, but before he heads out there, a lot of time is spent online, in the library and on due diligence.

“A big part of pre-production is doing research, trying to understand the layers of history that are present in any given location,” he says.

“But regardless of how exhaustive my research may be, I never really know a space, or understand its history, until I am there in person. There is a dead mall in Hawthorne [just a few miles east of LAX]. 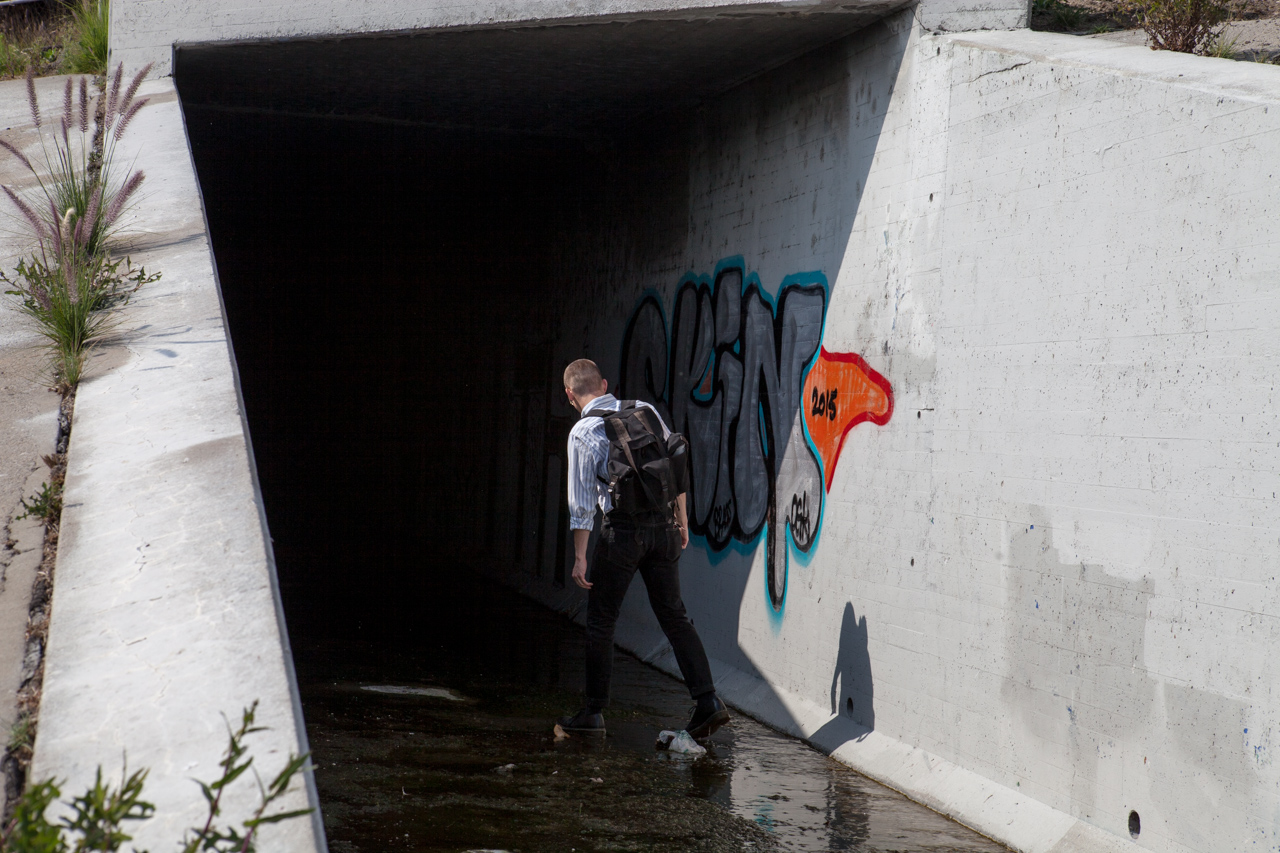 “Before we shot there, we looked at photographs, I felt like I had a pretty good idea of what to expect. I was not prepared for the enormity and emptiness of the space; it felt like we were in a post-capitalistic cathedral.

“Really, any time we go to shoot an episode, the day is filled with surprises. It’s a crucial part of our workflow leaving ourselves open to what the space has to tell us.”

Sometimes the spaces tell them things they don’t want to hear. Like in episode 23, where they explored an abandoned LAPD jail a few miles northeast of downtown.

A fellow urban explorer had shown them a way in through a back entrance that had been pried open. After filming and exploring for about two and half hours, and feeling pretty tired, they noticed city workers had barricaded the door they’d come in by, eliminating any chance of getting out.

“Scott, the guy who had shown us how to get in thought we could shimmy out of the second-storey window,” Tom recounts.

“We climbed down to an overhang, but we were still too high up to jump down to concrete below. Our director of photography suggested we use a fire hose that had been ripped out of the wall as a sort of rope. We tied it off and all five of us were able to safely escape from the building.”

You don’t need to go that far from home to find an adventure, it seems – you can feel like you’re a thousand miles from your sofa just a few blocks away.

“I don’t know. I am from here but what feels like Los Angeles to me is an amorphous grey thing that I can’t put into words.”

Linkedin
RELATED ARTICLES
OTHER ARTICLES
After fleeing the war in Ukraine, people are finding it impossible to secure affordable and decent housing in the UK.
Since 2007, Gideon Mendel has made 20 trips to document floods in 13 countries. The result is an alarming record of what has already been lost to the climate emergency.
Tristan O’Neill’s shots of dancers caught in moments of reverie at the height of rave’s golden age are a testament to the UK’s legendary club culture.
A new law change is enabling Britain’s donor-conceived children to know the truth about their origins – but campaigners say the fertility industry must do more to protect people.
Theo McInnes’s photos of the annual event provide an intriguing snapshot of contemporary Britain.
A new podcast is opening up the conversation between trans women and trans amorous men in the hope of building coalitions.