Toronto three-piece Absolutely Free’s live shows are hard to forget. They took their audience on an immersive-theatre-style journey through Toronto’s Kensington Market district for the release of debut single ‘UFO’, performed live during a night-swim session at a local pool and regularly collaborate with visual artists to add something special and unexpected to each gig.

Before their month-long European tour kicks off in February, we spoke to drummer/singer Matt King to find out what inspires Absolutely Free’s songwriting and spectacular antics. 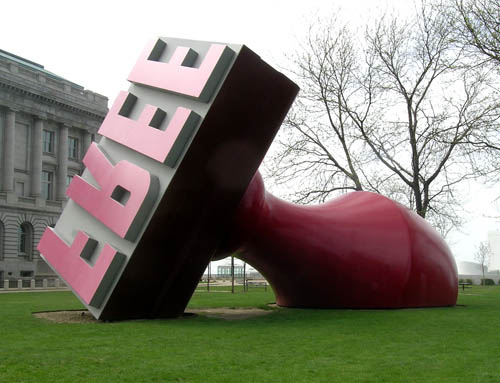 I’m a formally trained visual artist, and contemporary art theory informs so much of what I do with Absolutely Free. The work of Claes Oldenburg and Bruce Nauman were really pivotal to my understanding of art, language and culture. As a band, we are really interested in collaborating with visual artists for our record covers, music videos and live shows. Our three record covers involved collaborations with artists or photographers we admire: Linzi Bugeja, Jay Shuster, Petrina Ng, and David Hanes. We’ve also played shows in art galleries, such as Mercer Union (an amazing artist-run centre in Toronto) and the Art Gallery of Ontario. 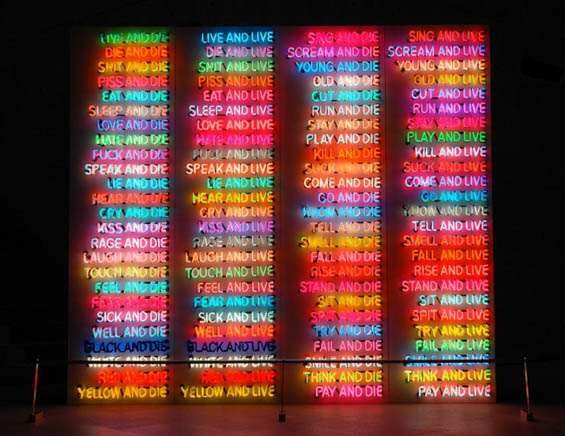 Recently, we’ve been re-listening to Terry Riley and Steve Reich and have been really influenced by ideas of layering melodic polyrhythms. We are excited by creating music that is dense and complex, but simultaneously remains minimal in form. We’ve always been musicians, but with Absolutely Free, we are also taking up new roles as composers as well. We recently re-scored a selection of films by Norman McLaren, who was a Canadian pioneer of experimental animation in the 1960s. It was a commissioned project for the Toronto International Film Festival.

Moshe brought a copy of Richard Brautigan’s Trout Fishing in America on our first European tour. His use of humour to describe things that were tragic or serious greatly influences the content and tone of our lyrics. Our lyrics often use personal narrative to discuss larger issues. 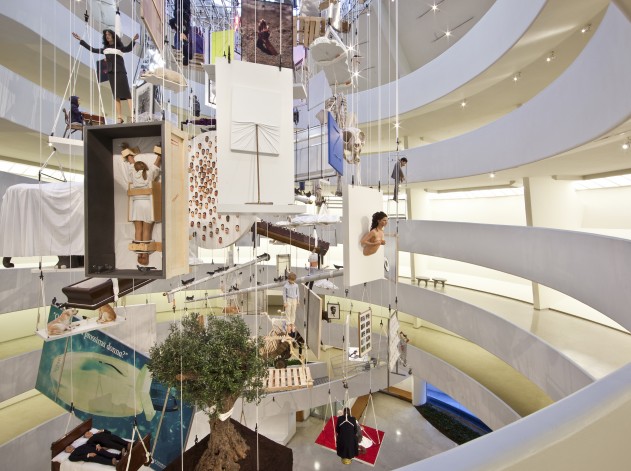 One of my favourite sculptors. His work also blends humour and bleakness in unexpected ways. At his retrospective at the Guggenheim in New York, he hung all of his previous work from the ceiling of the rotunda, completely re-inventing its context and form. We try to be aware of the context our music exists in, and are interested in taking recognisable forms of popular music and playing with, or subverting, those forms.

Alongside collaborating with visual artists, we also love collaborating with filmmakers. I love Bollywood soundtracks from the 1960s and 1970s. I once found twenty Bollywood records for a dollar each in a charity shop in the suburb I grew up in, which sparked my interest in non-western music. Moshe has been listening to John Carpenter’s soundtracks as part of our research for a feature film, called Two Cares Due None, that we are currently composing the score for.

Catch Absolutely Free on tour in the UK and Europe throughout February. Their self-titled debut album is out now on Lefse Records.

Linkedin
RELATED ARTICLES
OTHER ARTICLES
In her new book, the author explores the country’s housing crisis in human terms and calls for radical action to address a broken system.
Photographer Matthew Brookes recalls following a group of young people in Venice Beach living in search of the perfect wave.
In the latest instalment of Photographers in Conversation, the chronicler of raves, protests and beyond explains why he’s drawn to such specifically visceral environments.
In the wake of the decision by the supreme court to overturn Roe v Wade, thousands of protestors filled the streets to express their rage and anguish.
Whether it's partygate, the climate crisis or the spiralling cost of living, the fightback begins on the picket lines writes Tommy Vickerstaff
Photographer Arthur Grace recalls travelling through the Soviet Bloc and finding ways to evade the surveillance of his work.