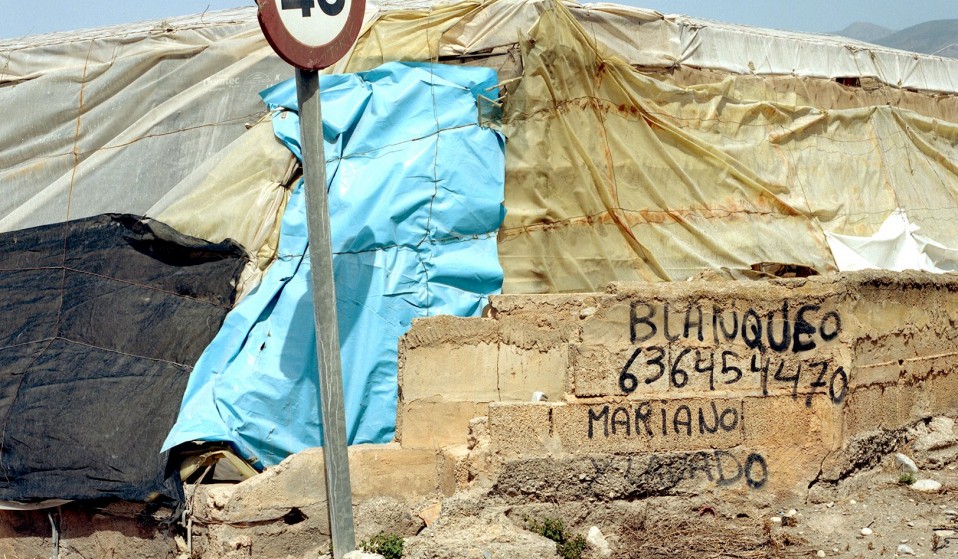 Photographer Matt Moran digs beneath the surface at the world’s largest greenhouse complex, where poverty stricken migrant workers face a battle for equality.

Photographer Matt Moran digs beneath the surface at the world’s largest greenhouse complex, where poverty stricken migrant workers face a battle for equality.

It was while out on a job as a photographer’s assistant that I first found myself in the region of Almeria. The south-east of Spain is typically associated with Brits abroad and the allure of the Costa del Sol, but a couple of years ago I came across the 450 square kilometre expanse of greenhouses nestled away from the tourists’ eye, known by locals as Spain’s “Sea of Plastic”. It has intrigued me ever since. 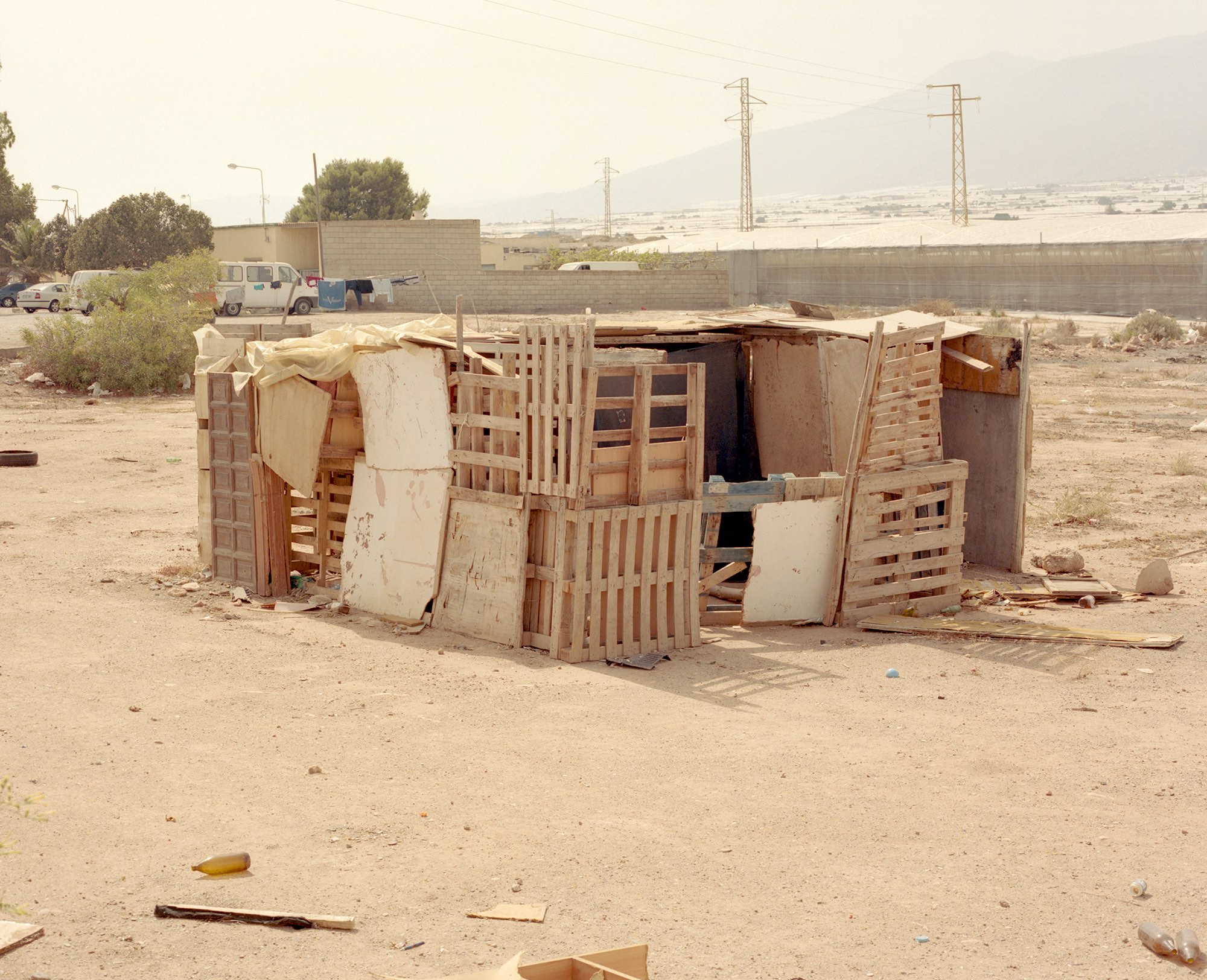 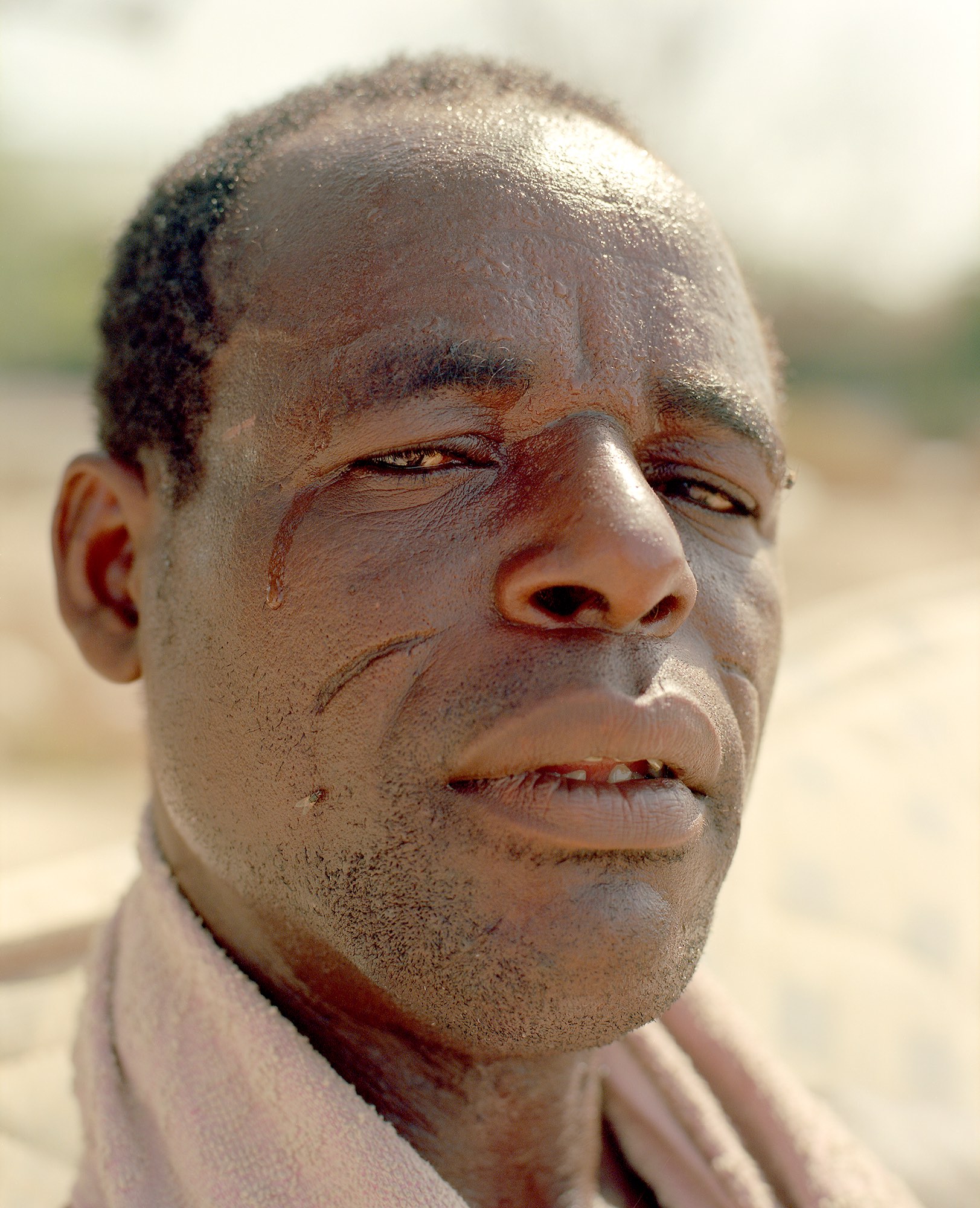 Set against the barren and mountainous landscape, some reports have estimated this manmade mass supplies Europe with more than half its fruit and vegetables. I became fixated by the desolate plains, and hoped to capture and make visible the production line that keeps Europe’s salad bowls fresh. Upon returning to the UK I read a piece in the Guardian, and my image of Almeria’s greenhouses was painted in a more sinister light. The story highlighted the plight of migrant workers at the greenhouses, depicting their labour as modern slavery.

I wondered how many tourists enjoying their holidays on the coast knew about the migrant exploitation happening just a few miles down the road. Was I the only naïve one? On my next visit to Almeria, I admit I was still quite innocent of the problem, I set out to shed some light on our blindness towards the production of our food. 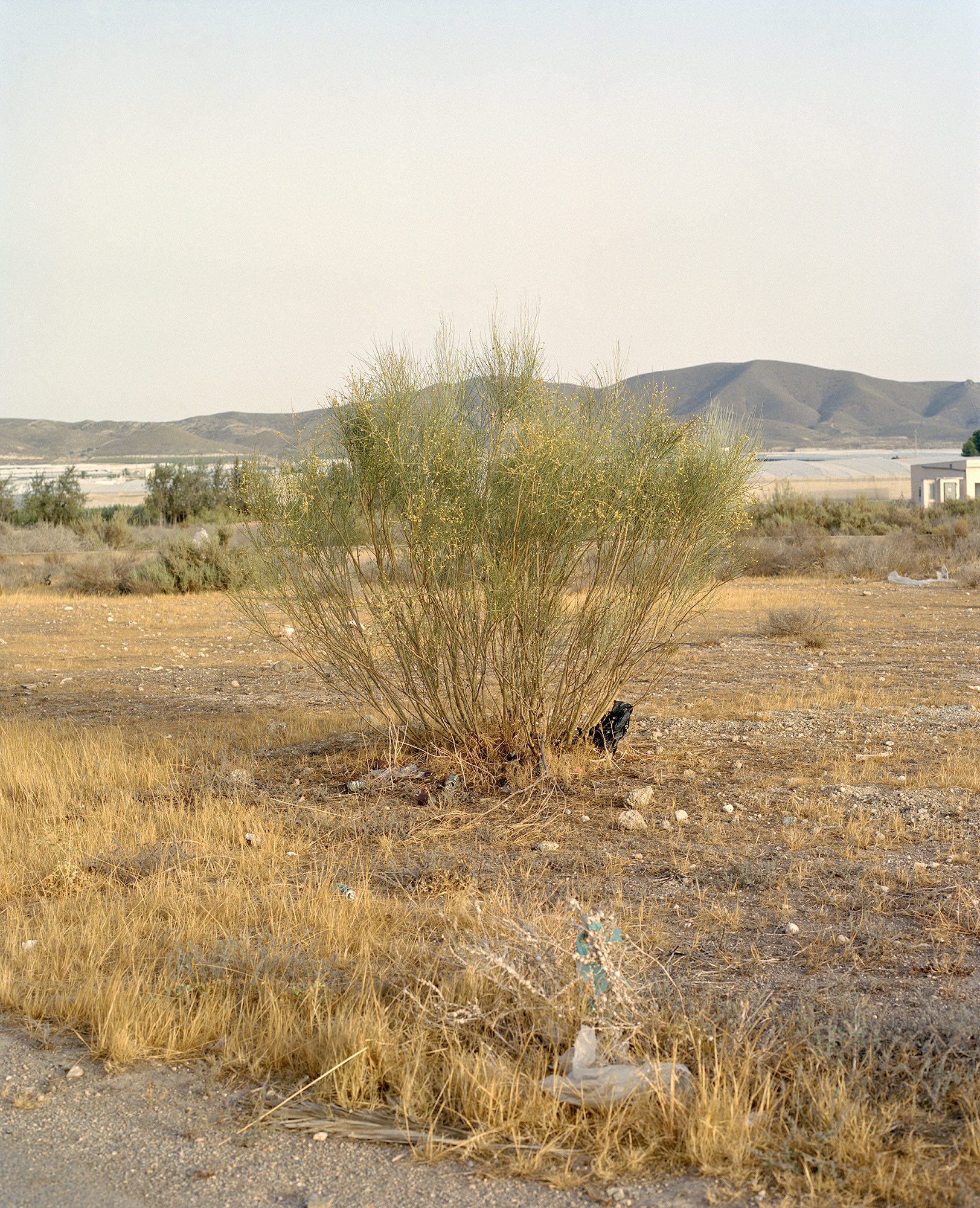 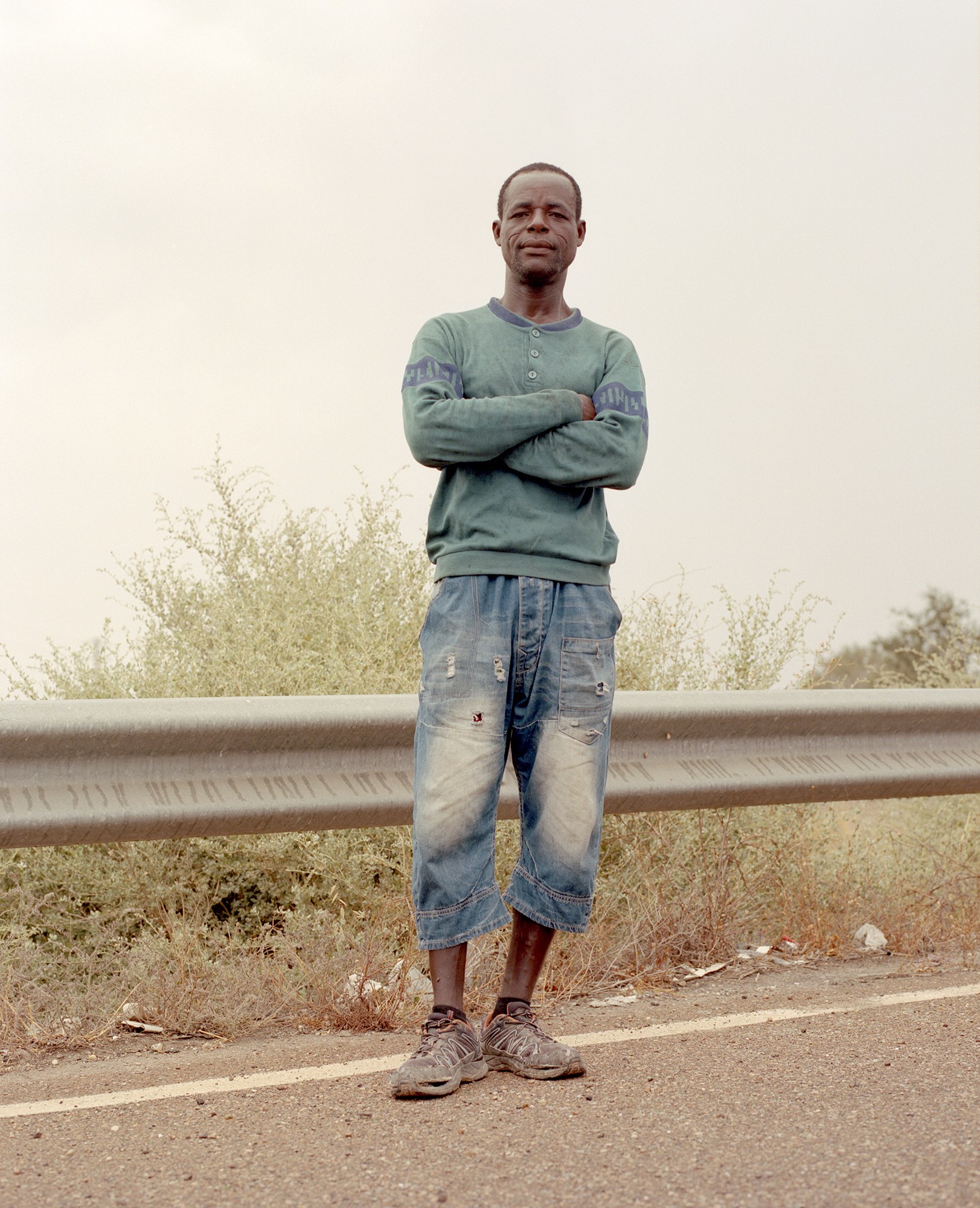 Over the ten days I spent in Almeria, I experienced an uneasy sense of isolation, a disconnect between the bustling tourist areas and the marginalisation permeating greenhouse life. Most locals and tourists were unaware of the appalling living and working conditions of migrants, many of whom travelled long distances in search of work only to be paid little money, if they were even paid at all.

It wasn’t easy to get the workers, my subjects, to open up, and it’s not hard to see why. Some had come from Eastern Europe, Sub-Saharan Africa and Morocco, so there was a language barrier from the get go, but I found that people were reluctant to have their photograph taken too, almost as if they were afraid of being caught. 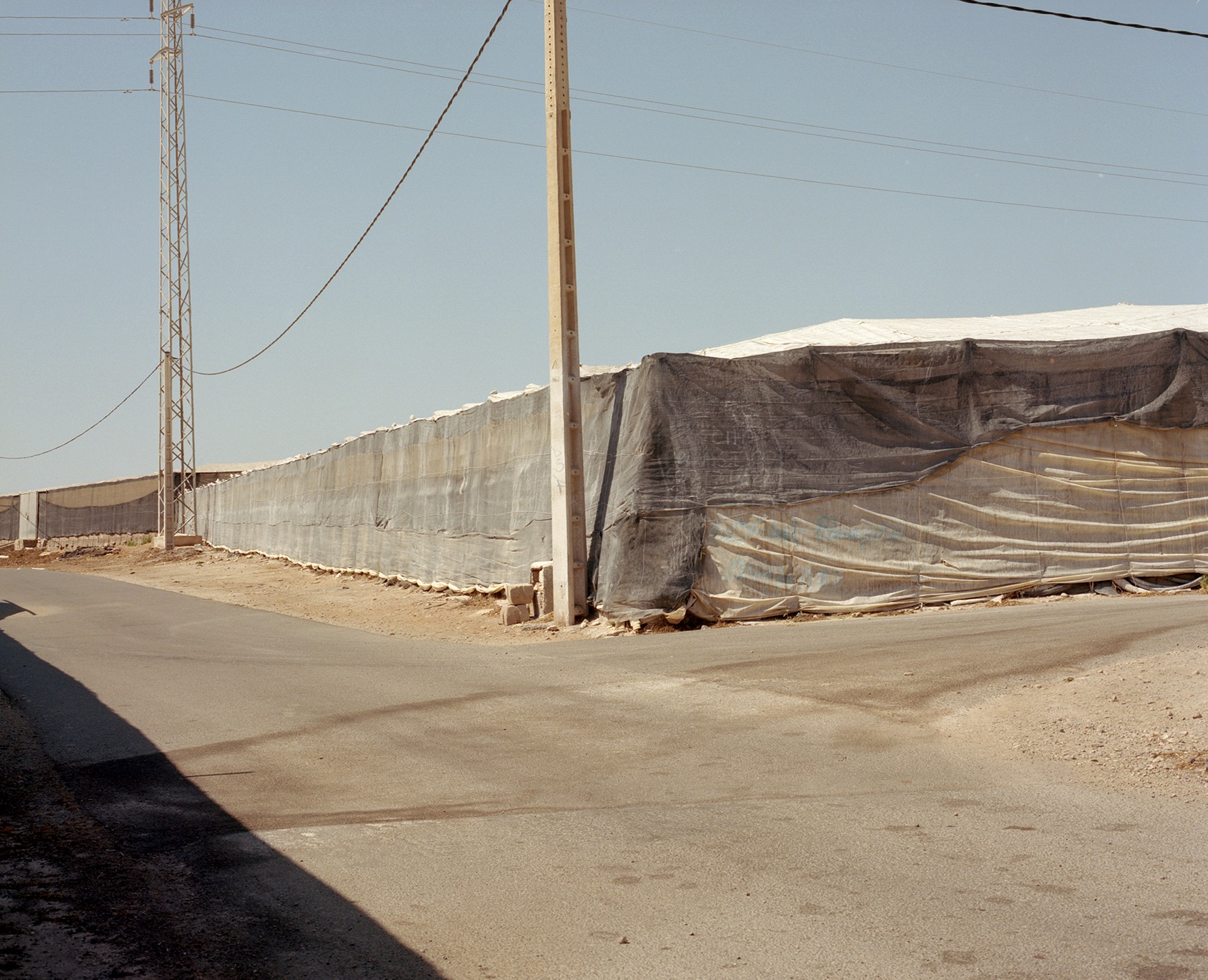 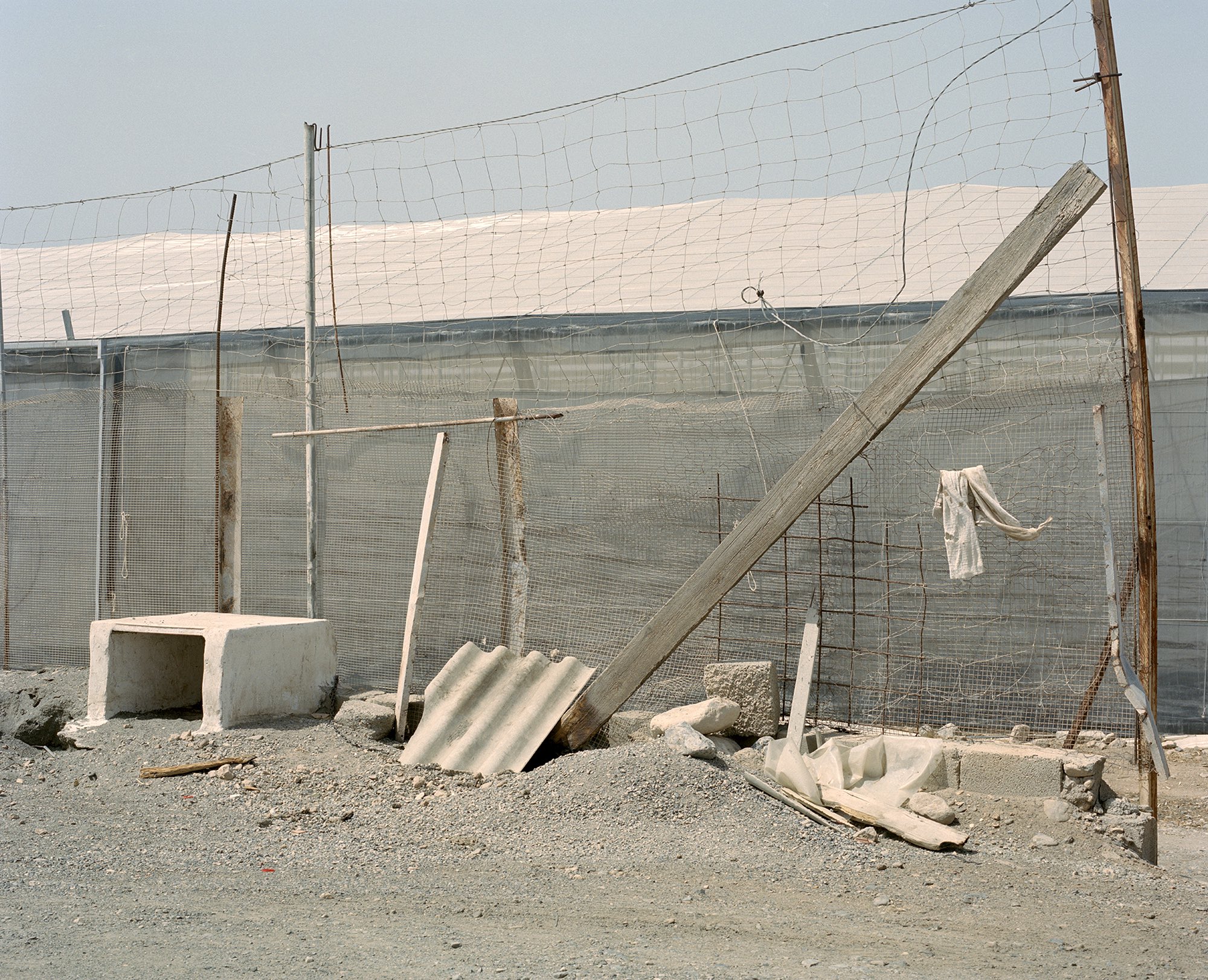 Only one guy who appears in the project welcomed me into his home. He had built a shack to live in, and was sending the money he earned over to his family in Ghana. He was the only one who really opened up to me, introducing me to others who also described the pain and toil of working for so little to support those back at home.

Back in the UK, we would never know this kind of exploitation was occurring. I think people need to know where their food is coming from- there is still so much to learn. Personally, I wouldn’t want the food I had in front of me to have been farmed by someone who lived in a house built from vegetable crates, earning so little for their labour. 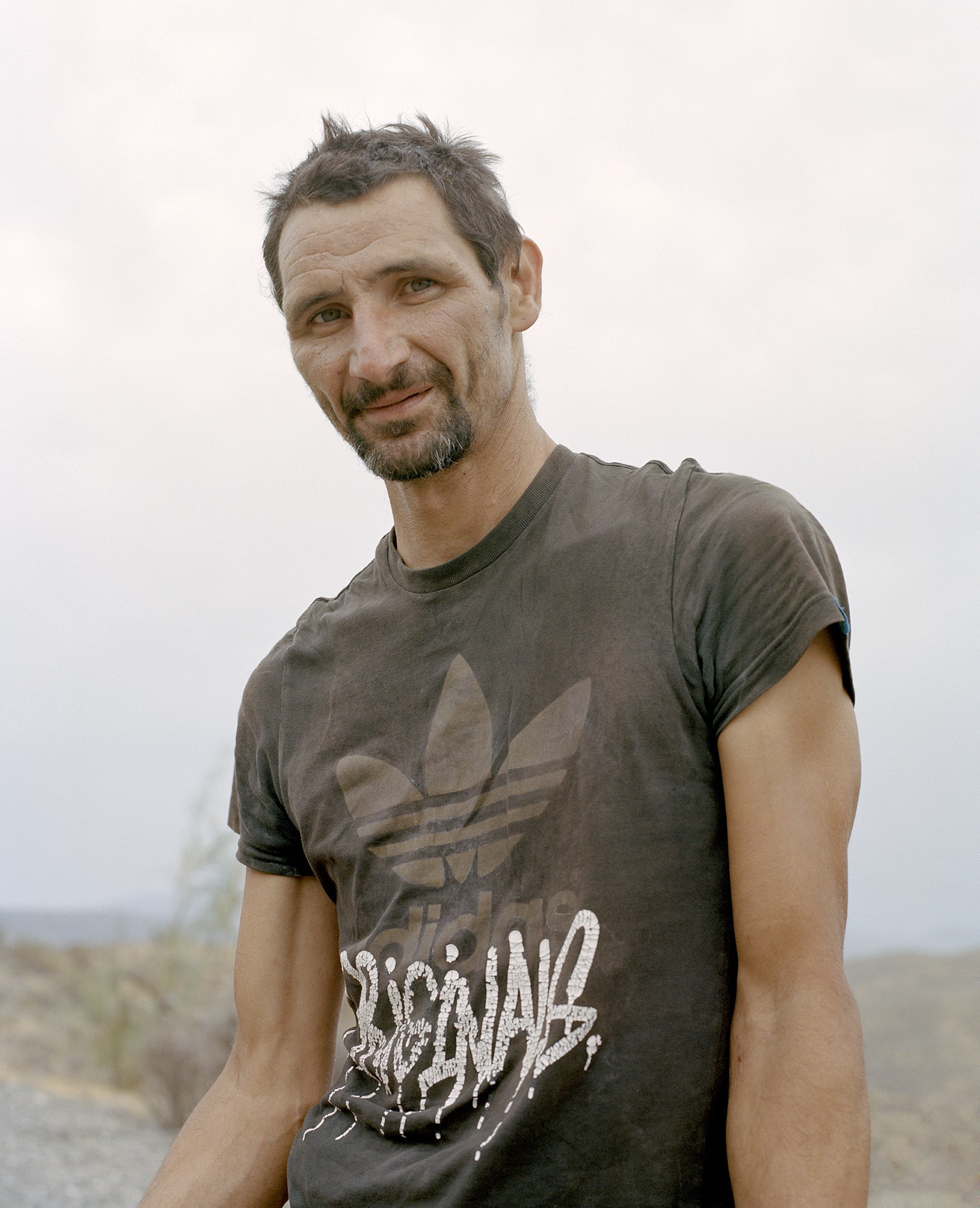 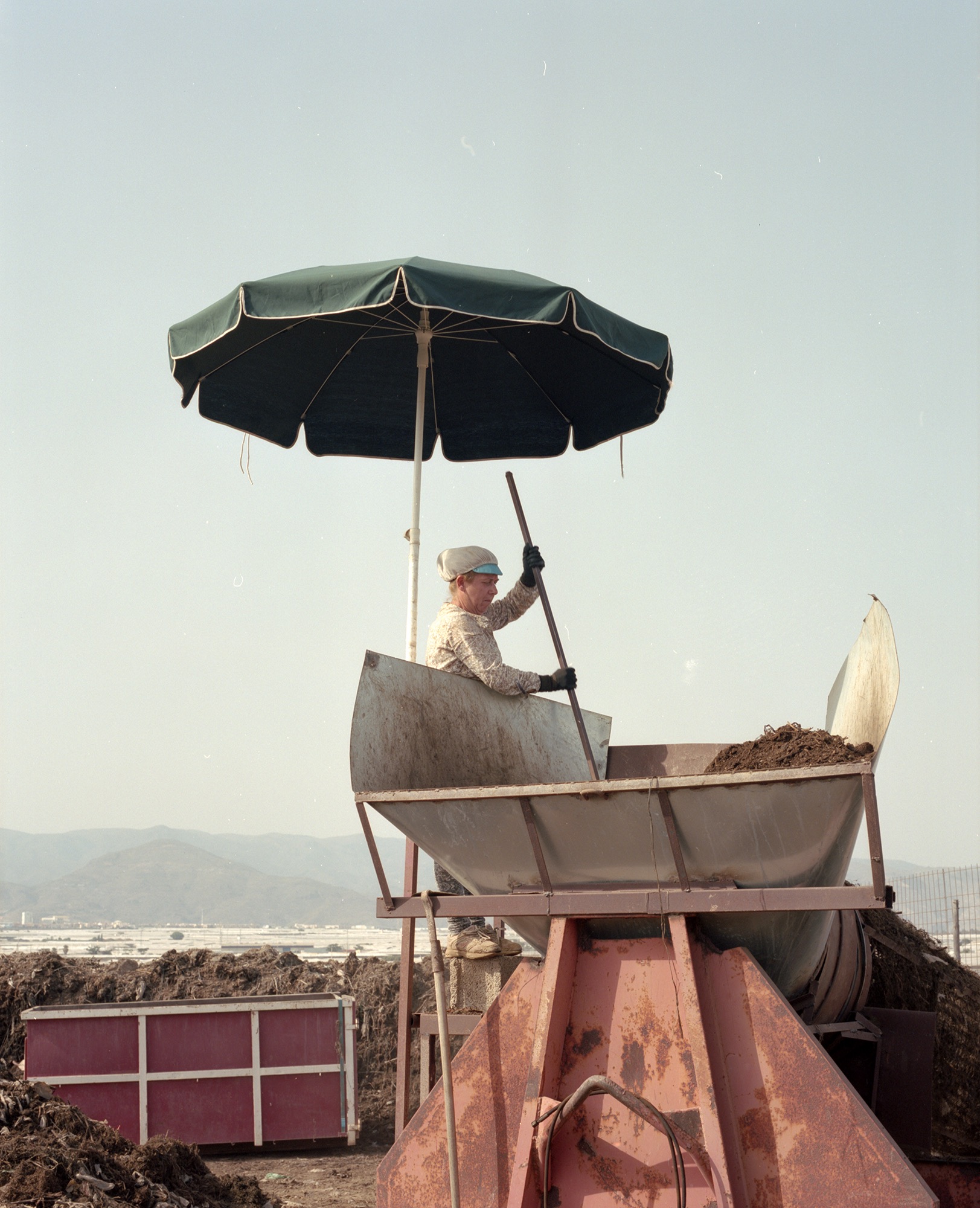 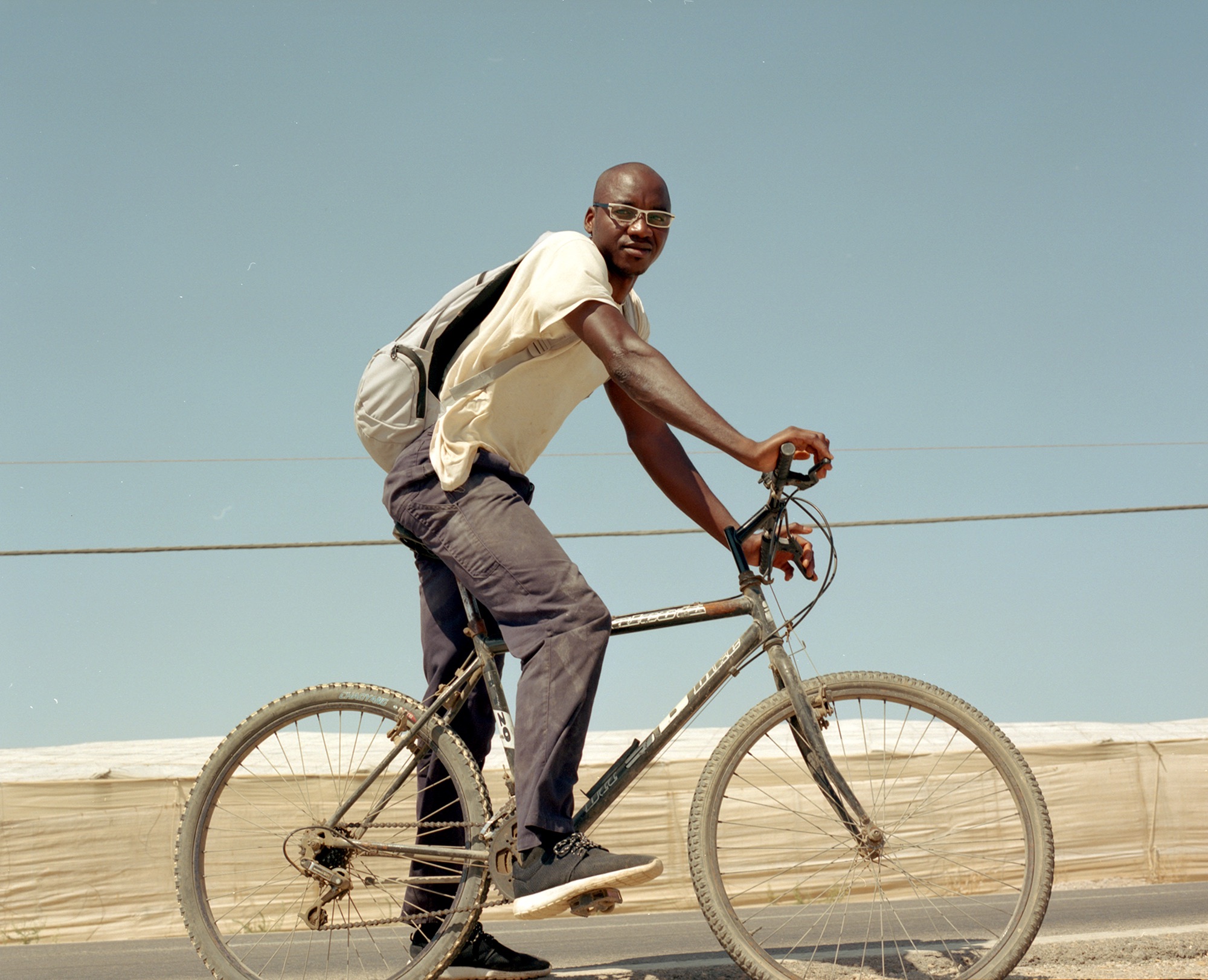 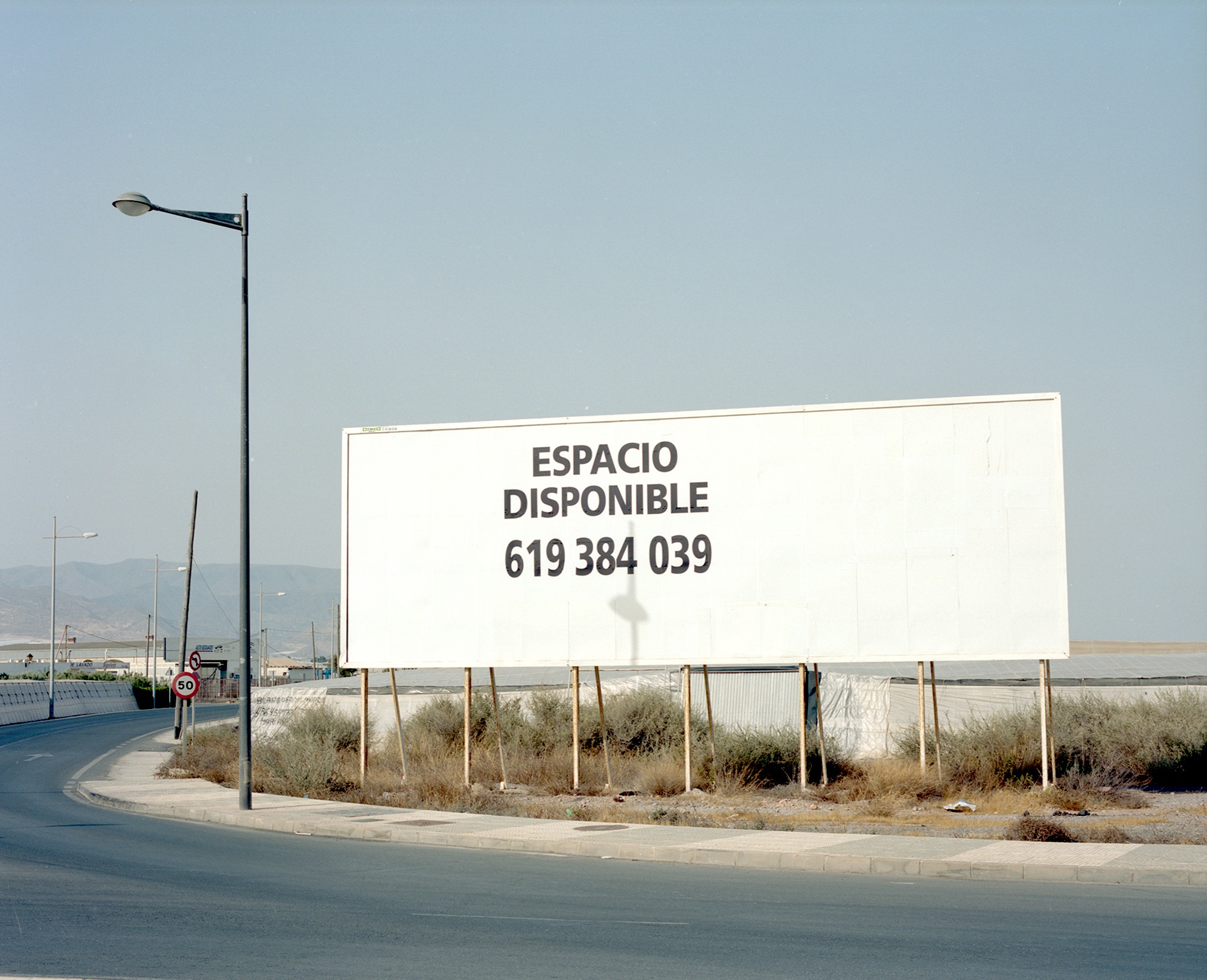 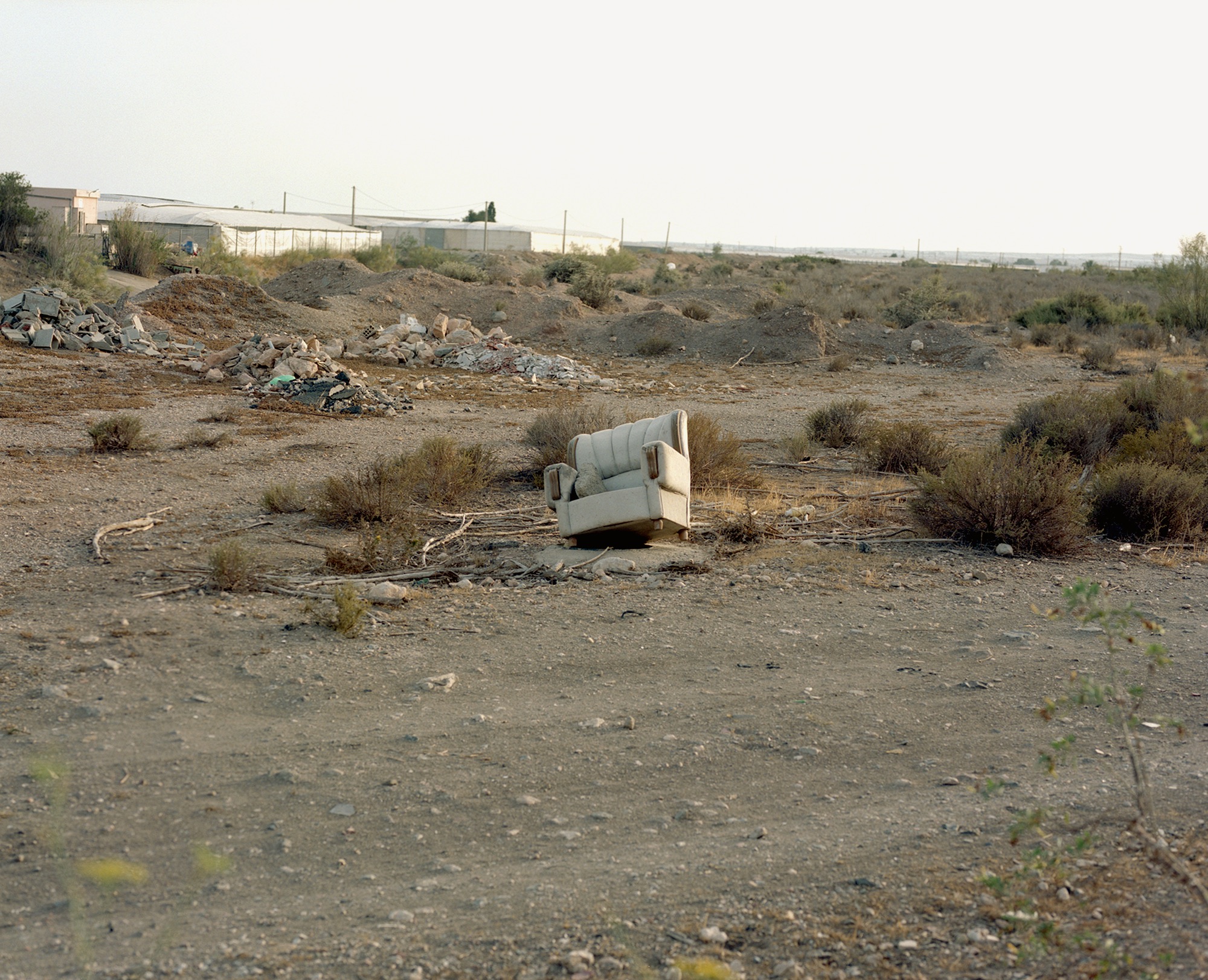 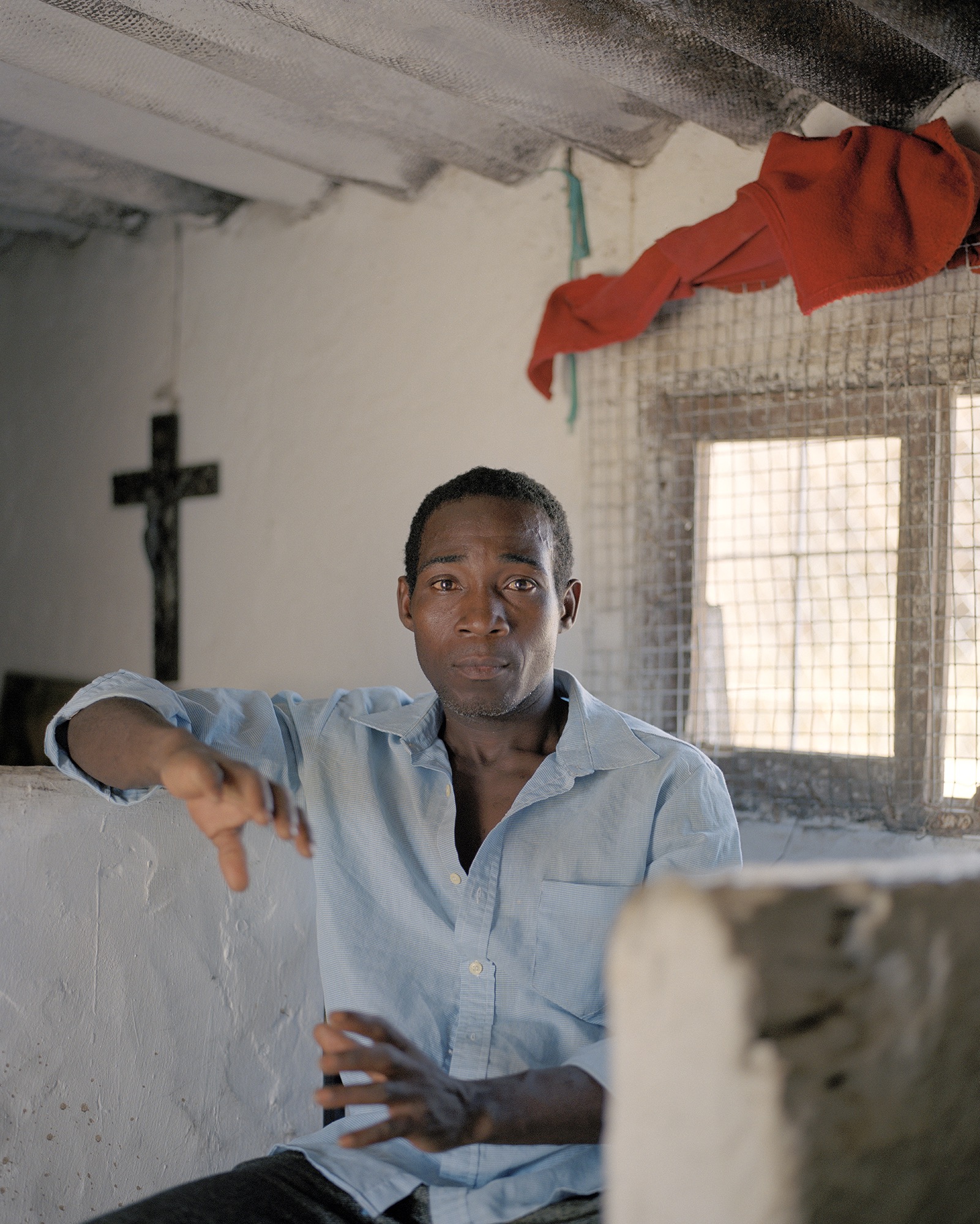 Check out more of Matt’s work.

Linkedin
RELATED ARTICLES
OTHER ARTICLES
A new exhibitions brings together the work of photographers who documented the deep unrest of these pivotal decades.
A new podcast is opening up the conversation between trans women and trans amorous men in the hope of building coalitions.
Since 2007, Gideon Mendel has made 20 trips to document floods in 13 countries. The result is an alarming record of what has already been lost to the climate emergency.
After building his reputation covering the US civil rights movement in the 1960s, the photographer went on to produce some of the most enduring images of the past century.
A new law change is enabling Britain’s donor-conceived children to know the truth about their origins – but campaigners say the fertility industry must do more to protect people.
A new film from Berghaus traces the story of Adam Raja, who left behind a turbulent upbringing to discover the healing power of climbing.