Art & Culture / The photographer shooting the fervour of religious ceremony 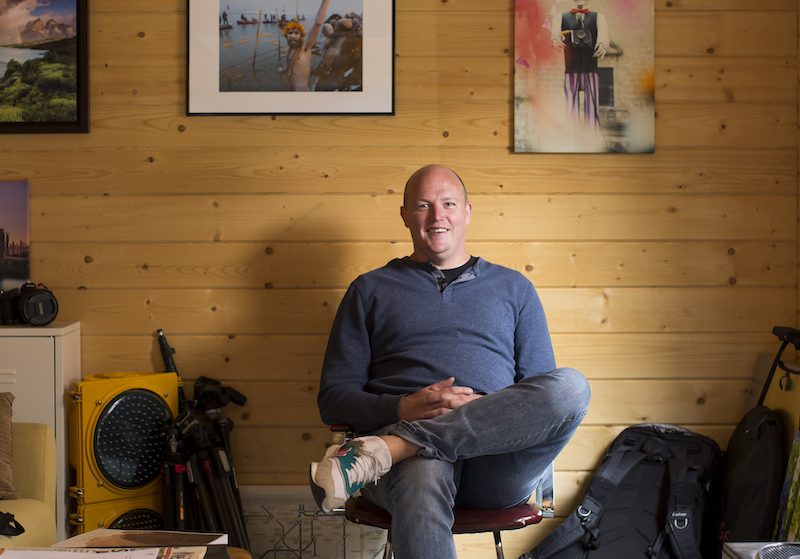 My Greatest Shot profiles some of Britain’s most innovative photographers, inviting them to share in-depth stories behind some of their most iconic work.

My Greatest Shot is a brand-new series from Adobe Photoshop Lightroom and Sky Arts. The series profiles some of Britain’s most innovative photographers, inviting them to reflect on their careers while sharing in-depth stories behind some of their most iconic work.

“There’s something to be said about putting yourself out into the world and waiting to see what comes back. You get to witness sunsets, incredible colours and go through life-altering experiences. My advice to burgeoning photographers is, you’ve just got to do it,” encourages travel and documentary photographer Jordan Banks – whose vibrant portraiture intimately examines culture, the natural environment and the spaces we inhabit.

Fundamentally human and perceptive are his narratives, the award-winning photographer has documented the festivities of Día de Muertos in Southern America, the solemnity of South China’s rice fields, right through to the immovable architectures of The Old City of Dubrovnik in Croatia (a consistent favourite, which he always revisits). For the Yorkshire-born photographer, travel has long been a vehicle for establishing a greater sense of world citizenship. He reminds us of its potential to confound borders. 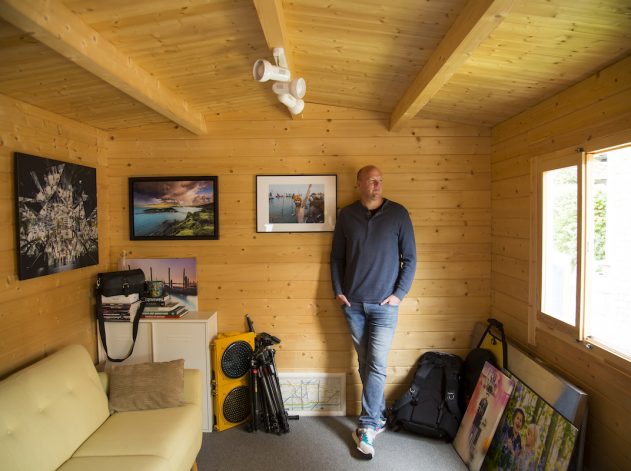 His project Holy Men at the Kumbh Mela, which won him the cover of the National Geographic, demystifies the world of the elusive celebration that takes place in one of four holy sites – on a rotating basis – every twelve years. Banks was fortunate to capture the euphoria of the ceremony in full effect.

The 2013 image depicts the humour of those who took part in the festivities. It saw Banks himself bathe alongside attendees. “There were millions of people at the festival; each chanting, brandishing tridents and high from the fumes of the charas,” he remembers of the trip. “Hundreds and millions of people visit this festival and there’s no map on how to get around, it was a sacred sort of chaos.” 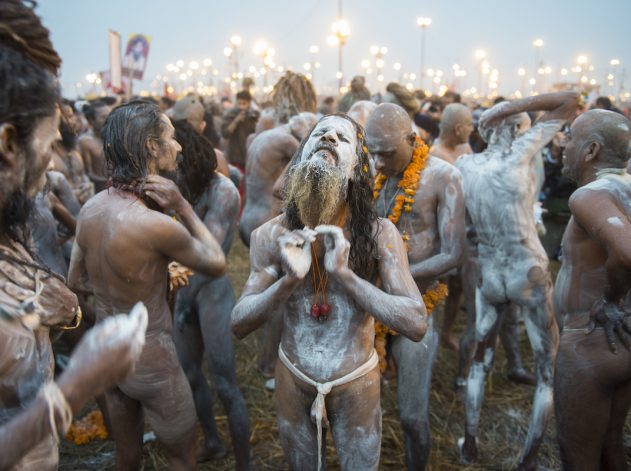 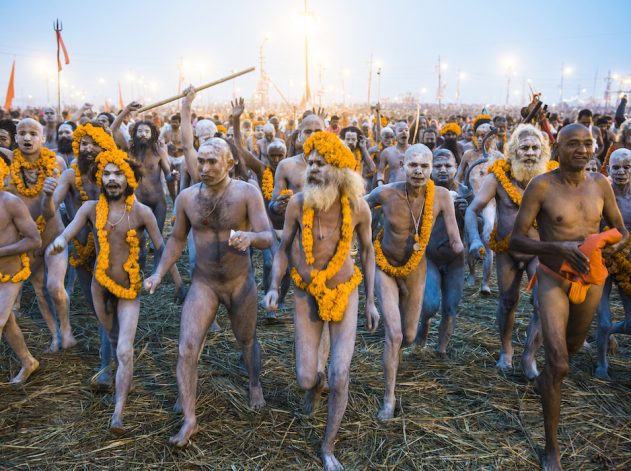 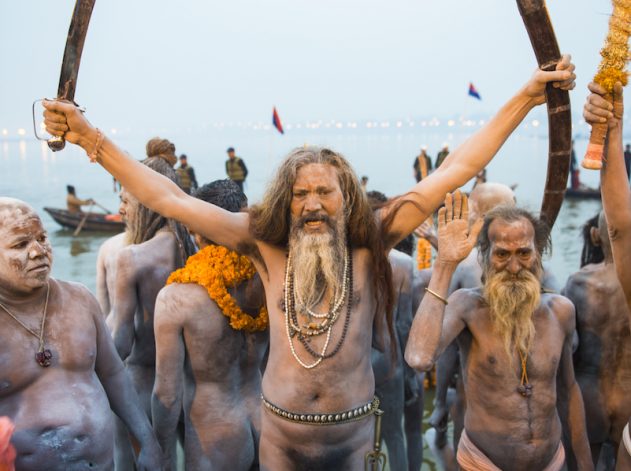 The festival, known as the Kumbh Mela – one of the highlights of the Hindu religious calendars – is the largest religious gathering in the world. It celebrates the Hindu myth of Samudra Manthan. As part of the celebration, bathing in the Ganges on this most auspicious day is encouraged, as it is said to lead to salvation from the endless cycle of reincarnation.

Despite careful planning for the trip, nothing could have prepared him for the clamour of the day. He recounts entrusting strangers to lead him to the ceremonial grounds, and the surprises that pushed the photographer to throw away his rulebook. “Once you’re actually out in the field, at best, 50 per cent of the planning pays off. There are a lot of changing elements,” he cautions. “With Holy Men, I think I got a million in one shot. It was like winning the lottery. Meeting the Naga Sandhu – which I didn’t realise at the time was one of the holiest men – was quite something.” 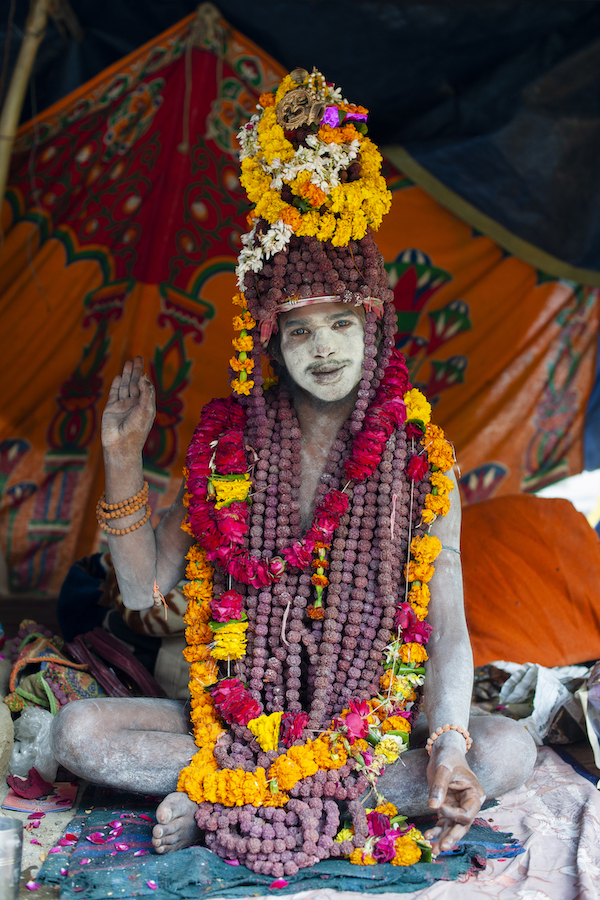 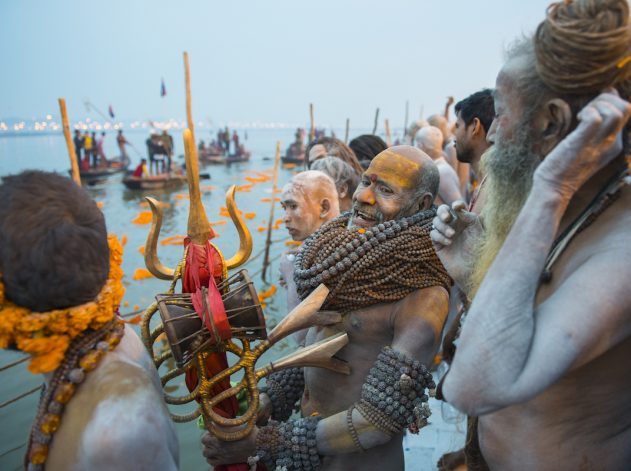 Through all of this, he maintains that “getting it right in-camera”, first and foremost, is the priority of truly responsive photojournalism. His background in analogue film formats laid the foundations for this formalist approach. However, where Banks finds himself creatively overstimulated on busy shoots, Lightroom is there to catch the fallout. “I used to have to rectify chromatic aberration manually, now, with a click of a button that tricky red and green blurring you sometimes get on the edges of images is gone. So, it’s saved me a lot,” he explains. This allows him to stay present, and focus on connecting with his subjects.

Equally, Lightroom allows him to stay true to the lines, colours and expressions of the cityscapes and cultural landmarks he documents, in order to create these natural journalistic moments. “When it comes to reworking an image in post, my adjustments tend to be pretty minor,” says Jordan. “I’ll usually make changes to the curves, saturation, perhaps a little bit of ambience and de-hazing. I tend not to go too hard on saturating my images or de-hazing, I keep things relatively simple. I don’t like buildings that look like they’re falling over either, so on the occasions I shoot a little bit wide, Adobe lets me bring things back in later.”

Often working on long-form projects that span several months, decompressing is a sacrosanct stage in the photographer’s process. “Everything I work on now is tagged so I can revisit it very easily and quickly later on,” he adds. “It’s been so helpful in allowing me to mark the location of a place I’ve visited, or the date of the trip itself and find it almost immediately once I go back. Overall, Lightroom has transformed my workflow completely. I’m able to do everything I could expect to do in a darkroom but in a fraction of the time.” Lightroom allows him to revisit those archives at home, and catalogue his images in ways that make sense.

The travel photographer hopes to continue putting his body on the line in order to tell these human narratives. “Photography can freeze things down to one moment, and it can really keep you there,” he says. “If you can capture that raw emotion and human element, it’s potentially the greatest form of changing the world.” 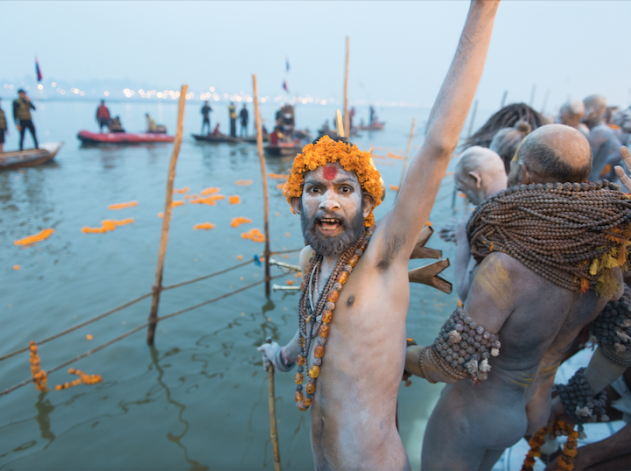 Holy Men at the Kumbh Mela (2013) selected as part of the My Greatest Shot campaign with Sky Arts. 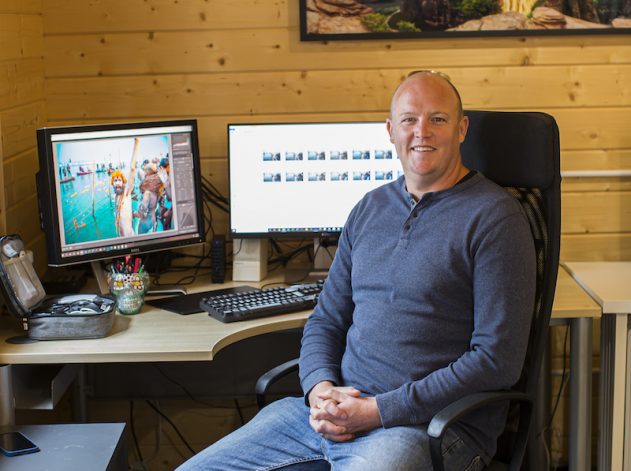 Jordan Banks appears in the portrait photography episode of My Greatest Shot available to watch on Sky Arts and Sky on Demand from November .

Linkedin
RELATED ARTICLES
OTHER ARTICLES
In 2019, trans Sadhus were allowed to participate in the country’s sacred Kumbh Mela festival for the first time.
In a new photo series, Suleika Mueller explores the Dharmic concept of ‘Moksha’ and captures the diversity of religious rituals across India.
For photographer David Mulnard, India represented the complete unknown. However, it wasn’t until he boarded the Golden Temple 12904 that his trip really began.
Photographer Madison Beach travels to the edges of Bangladesh in an effort to draw attention to the country’s ongoing unemployment crisis.
Magnum photographer Abbas explores the worship, rituals and spiritualism of Hinduism, the world's oldest religion, in India, Nepal, Sri Lanka and Bali.