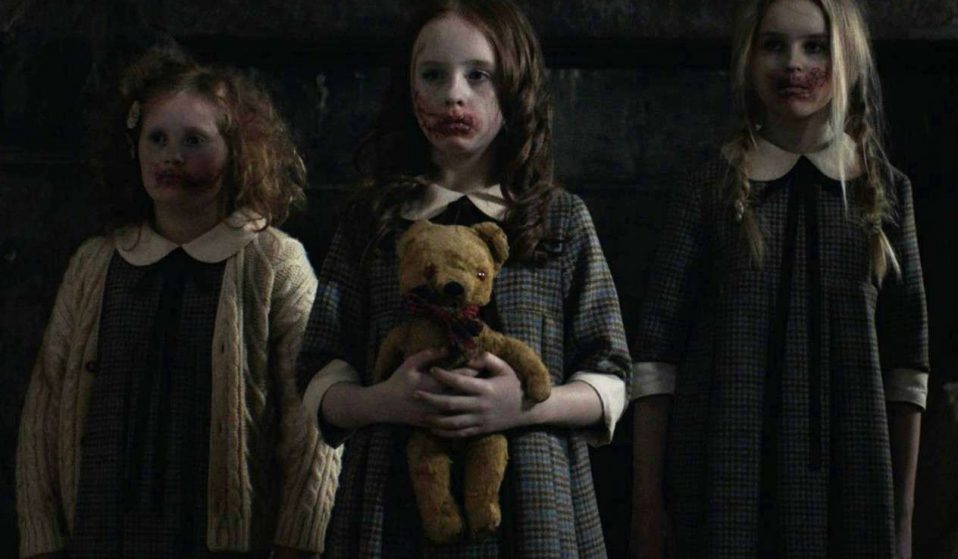 Want something to watch this weekend? So does Megan Nolan. In a new column, the writer and author bravely ventures into the latest Netflix Original releases, in an attempt to figure out if anything is even worth our time anymore. This week, it’s Holocaust drama Operation Royale and kitsch UK horror Malevolent.

Want something to watch this weekend? So does Megan Nolan. In a new column, the writer and author bravely ventures into the latest Netflix Original releases, in an attempt to figure out if anything is even worth our time anymore. This week, it’s Holocaust drama Operation Royale and kitsch UK horror Malevolent.

Malevolent, Malevolent. How I’d have loved to love you. A horror film set in Glasgow in 1986 just sounds like it could potentially be amazing, doesn’t it? You imagine there’ll be some relevance to this setting, maybe some use of the city – oof, that brutalism could do you a few tricks – or the way people lived there then.

But alas, the bewilderingly arbitrary choice of locale and date go no further for Malevolent than the odd bad jacket. What we are left with instead is an unsteady car-sick mess of tropes and unfinished ideas, and – of course, of course – the icky inclusion of some brutalised little girls and young women to round it out.

Scam artist siblings Jackson (Ben Lloyd Hughes) and Angela (a very good Florence Pugh), who do a number in fake ghost-hunting, are contextualised for us when Jackson is accused of never being the same since their mother tore her eyes out. Hard to get over, that, in his defence.

The two are invited to clear the pesky spooks out of a haunted foster home, which seems like an easy money-maker until it transpires – oh shit! – the ghosts are real this time. Soon come half-baked plots borrowed from Psycho and Texas Chainsaw Massacre and a crew of little girl ghosts with grotesque stitching sealing up their mouths.

What is it about the bloodied little girl, eh? When did they become the scariest thing we can think up? What did they ever do, except get murdered by men?

But there’s no end to it, no reprieve for these brutalised waifs in their painfully tiny socks and saddle shoes and their trauma carved all over their faces; their old-timey dresses and their overflowing wounds and the faint noise of a broken music box following wherever they go. Haven’t they suffered enough? Don’t they deserve a little peace, instead of being hauled out for every third-rate horror like this one?

WORTH A WATCH WHEN SOBER? Nah

WORTH A WATCH WHEN HUNGOVER/ DRUNK? No. Not flashy or fun or weird enough to engage with.

Operation Finale has no right to not be a pretty good film, or at the very least a serviceable, knock-it-out-in-your-sleep passably prestige bit of Oscar-bait. It’s got great actors – Oscar Isaac, Nick Kroll, Melanie Laurent, Ben Kingsley – and is based on a fascinating true story. In 1960, Adolf Eichmann, the so-called “architect of the Holocaust”, was captured in Argentina by Mossad agents and brought back to Israel to stand trial for his crimes.

I was hoping for something akin to Hunger by Steve McQueen, in which Bobby Sands and a priest spend 23 minutes in a single room in conversation – a tense, intelligent and precise film which trusted the collision of ideological debate and human frailty to be dramatic enough to carry it through. What I got here was more akin to a sober version of Taken with shots of the Holocaust thrown in with unsettling carelessness.

Operation Finale inexplicably decides to treat this story as a battle against the clock thriller. The vast majority of the action concerns details of how the agents came to capture and then remove Eichmann. An hour passes before they’ve got him. 30 minutes follow – I’m not joking, 30 minutes – which are taken up with trying to get him to sign a document. Further bureaucratic wrangling set to a pacey soundtrack ensues, including a comically pointless last-minute delay on the airport runway.

Focusing on literally any other part of the narrative than this would have been a better idea – Eichmann’s day-to-day life before capture, the lives of his captors, the trial itself, the political climate in Argentina. Half-hearted attempts are made to add the psychological tension between the Holocaust survivor captors and Eichmann, which a better film would have prioritised, but they are so generically rendered, so without depth and life, that they make one feel embarrassed; the embarrassment and faint shame of watching what is tonally a run of the mill thriller, which lapses jarringly into impressionistic depictions of the Holocaust.

It’s notoriously difficult to make art about this subject without indulging in crass sentimentality, or relying on the shock of horrific images. Consuming and “enjoying” any art about it is something to consider and interrogate. But it feels especially wrong to have those images used to essentially spice up an unimaginative and otherwise dull piece of work, and it feels wrong, too, to mitigate this bad and cynical film by praising its redeeming points, of which there are a few, and which I will not bother to detail.

WORTH A WATCH WHEN SOBER? Maybe in a particular circumstance. Can imagine watching it with, for example, a friend’s stuffy family over Christmas and it being perfectly fine for that purpose. Otherwise no.

WORTH A WATCH WHEN HUNGOVER/ DRUNK? Oh God, no.

Linkedin
RELATED ARTICLES
OTHER ARTICLES
By turning a real-life crisis into daytime television fodder, TV bosses have once again shown themselves to be completely out of touch with audiences.
Rogue landlords are exploiting young and inexperienced renters and leaving them in mental and financial turmoil, reports Niall Hignett.
Yesterday thousands gathered outside Buckingham Palace after news of the Queen’s death broke.
A group of young Palestinians have found temporary freedom in the act of parkour, reimagining wreckage and ruins as a series of high-octane playgrounds.
Rhiannon Adam spent three months capturing an ageing society wracked by division, isolation, and the aftermath of scandal.
As the Scottish government announces a rent freeze, an activist with Living Rent who fought and won shares how they did it, and what must come next.