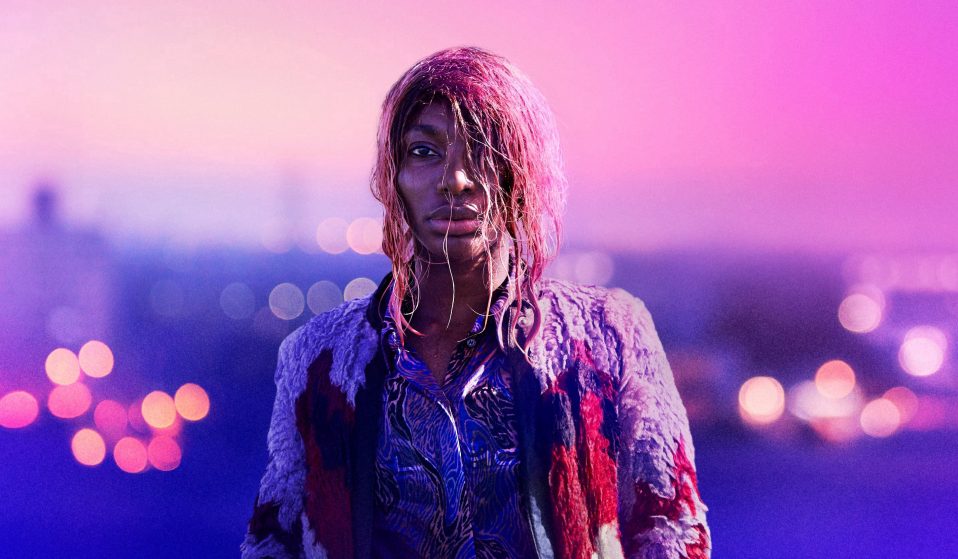 Photography © BBC / I May Destroy You

Michaela Coel’s show has been widely praised for its bold portrayals of race, sexual assault, homophobia and survival. So what makes it so groundbreaking?

Michaela Coel’s show has been widely praised for its bold portrayals of race, sexual assault, homophobia and survival. So what makes it so groundbreaking?

For the past month, TV audiences have been shocked, captivated and in awe of Michaela Coel’s 12-part BBC/HBO drama I May Destroy You. The London-set series stars Coel as Arabella, a young woman who must rebuild her life after she experiences drug-assisted rape. Although the drama’s main theme is sexual assault, it also spotlights the universal themes of friendship, survival, masculinity, internalised homophobia and race.

For Black Brits whose realities are grounded in the capital’s exciting creative scene, Coel’s mesmerising story arcs are giving us life. It’s a genuine rarity: normally, depictions of Black culture on television tend to be limited to gritty, estate life struggles, which doesn’t acknowledge the breadth of our lived experiences. Even our generation’s libidinal ecology has been strictly limited to privileged caucasian women (Fleabag, Catastrophe, GIRLS, Sex and the City, I’m looking at you).

Like Coel and her charming assortment of lead characters, I’m also a child of the diasporic West African community. Navigating structural oppression, while also trying to understand the complexities of my sexuality, has been a major point of contention in my life. Diasporic communities tend not to talk candidly about any of the topics explored on the show, and phrases like ‘sexual assault’ are rarely uttered. This is ultimately linked to the idea that any admissions of these kinds of goings-on within the community would strip away our status as ‘good immigrants’.

This is what makes this show so groundbreaking – and I know I’m not the only one who feels this way. I spoke to some other Black Brits to discover their thoughts on the way sexuality is represented in the show.

Samba helps to distribute PrEP to queer men of colour. He is out and proud despite some of the difficulties that comes with this, because of his Sierra Leonean heritage.

“When I was younger, there was no one around who I felt was anything like me. I didn’t meet anyone that was like me until I was 21. I never saw anyone in magazines like me, and I wasn’t listening to any pop artists who were like me either. And I definitely never saw anyone like me on a TV show like this – until now.

Kwame’s sexual assault made me feel extremely uncomfortable, it was scary to think that could something like that could happen to myself or any of my Black queer friends. It made me wonder if they would feel comfortable talking about sexual assault. These stories are so vital for people to see, challenge themselves and learn.”

In the show, Arabella has – spoiler alert – consensual sex with a fellow writer, who covertly takes the condom off during the act. In the following episode, while listening to a podcast for sexual-assault survivors, Arabella concludes that he has assaulted her. The podcast she is listening to is real-life series The Receipts, hosted by Tolani Shoneye, Audrey Indome, and Milena Sanchez.

“I feel like when shows represent sexual assault, sexual abuse and rape, that aspect of it is usually left out. What I love about what Michaela has done is she’s captured those nuances of these topics. Growing up, we were taught by our parents, school and the media that rape is literally someone pinning you down in an alley.  So to capture the stealthing element of what rape could be is so important. It’s educational.

As for the stealthing scene, it made me feel uncomfortable – but it was a necessary discomfort. I’ve got so many friends that have been in that situation. And when we’ve talked about it after the fact, they come to see it as a violation. The reality of the situation is misunderstood because there’s this idea that you have consented to the sex.

Some of the scenes are so heavy. But the beauty of the show is the fact that we can be educated, and we can laugh and enjoy it at the same time. We were so happy and just really honoured to be part of it.” 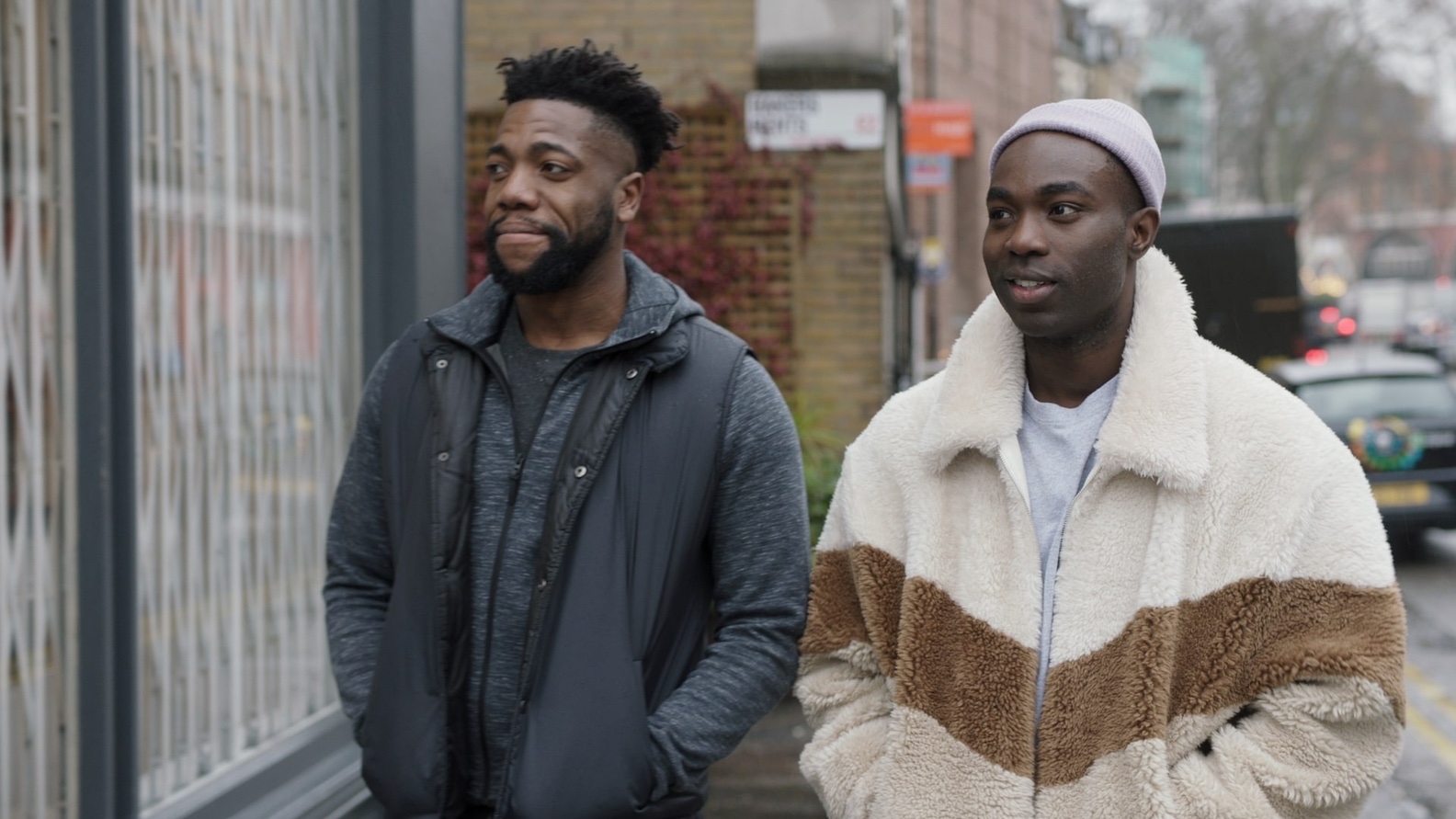 Reese works in the fashion industry, and is the owner of DAM Model Management and Noire Concierge, a personal concierge company. Like me, he is of mixed West African heritage.

“I May Destroy You is very explicit and in your face. The show focuses on a lot of things that most programmes would be scared to go into in any kind of depth. I initially found it uncomfortable to watch, but then I realised this is exactly how life can be. So much of what’s happening in the show really does take place. Most programmers are too cowardly to push boundaries, but Coel has destroyed all types of boundaries.

The scene in episode two where Kwame hooks up with the guy from Grindr, is the first time I’ve seen such explicit sexual scenes take place between two Black men. Even as a straight man (and I now have a small son, too), working in fashion, I know about hook-up culture, but watching that assault was stomach-churning. That said, throughout the show, trauma is shown as something that doesn’t mean the end of your life. Although Arabella went through a lot, she always powers through.”

“Working in sexual health means I know exactly what stealthing is, and that it is a criminal offence. But when it happened to me last year, I didn’t feel it was worth going to the police. This is because the way the police investigate these allegations changed, and they now request victims to hand in their phone and other communication devices to the police, or risk no prosecution of the perpetrator.

I also have a lot of queer friends in Ghana and I am incredibly proud of how they live their lives and organise for their freedom and safety in the face of institutional discrimination and homophobia. I think the only difference between Kwame and my friends in Ghana is that, technically, homophobia isn’t against the law in the UK. But given that Kwame couldn’t report a sexual assault incident safely and was met with homophobia, I’d say the show reveals that it is actually not all that different.” 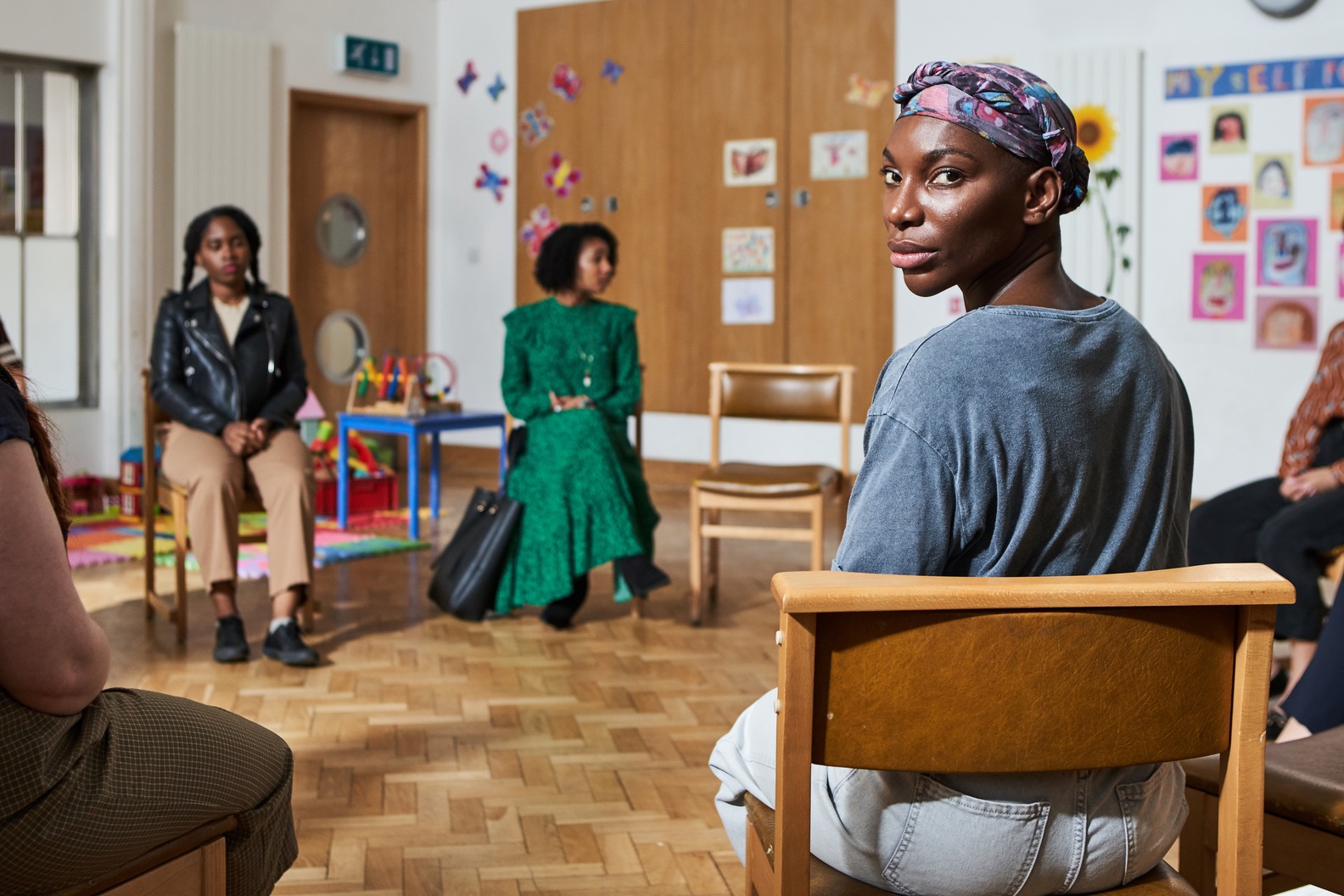 Sophie Duker, host of the BBC Sounds companion podcast ‘Obsessed With… I May Destroy You’

“Sexual violence exists everywhere in society, and that thought is mad depressing, but if we aren’t afraid to see unflinching depictions of our reality in art, we can so much more easily start collective conversations on how we change our future.

There’s a moment in episode eight, when Arabella says, ‘I’m not straight, I just love dick’. This is a whole 2020 MOOD. We’ve all been taught from early what kind of sex is good, heterosexual, with one partner, monogamous, to create babies – and what kind of sex raises eyebrows. And the work of black creatives and other marginalised groups is slowly beginning to dismantle that, because if racism must fall, so must homophobia, transphobia and the patriarchy.

I May Destroy You is quietly, inherently sexually rebellious. I love that characters’ sexuality doesn’t have to be fixed or consistent. The sex depicted in the show, as in life, has the potential to be mundane, earth-shattering, tender and violent. We love to see it.”

The final two episodes of I May Destroy You will air on Monday and Tuesday on BBC One at 10.45pm, with episodes available to stream on iPlayer on Monday at 06:00.

Almaz Ohene is a writer and sex educator and founder of Kayleigh Daniels Dated, which subverts the concept of ‘sex sells’ by pairing illustrated sexy stories with informative health features by expert writers. Throughout July, Almaz is offering a four-part workshop series focused on developing sensual creativity, sexual expression and improving intimate relationships. Follow her on Twitter.

Linkedin
RELATED ARTICLES
OTHER ARTICLES
Satirical culture in the UK routinely protects the powerful and punches down. It’s time people stopped laughing along, writes Elia Cugini.
Shifting the focus from the cost of living crisis to tackling obesity while many starve or freeze is farcical and pointless, writes Fatzine founder Gina Tonic.
Members of the collective share some of their reasons to run as part of #UnitedBySummits, a campaign that looks to uncover transformative power of the outdoors.
The government’s failure to take long Covid seriously has led to the formation of a group campaigning for the thousands of forgotten victims of the illness.
Writers Matt Foot and Morag Livingstone explore how four decades of collusion between the government and the police have slowly eroded our right to protest.
The author discusses her blistering new novel about history, revolution and queer love.