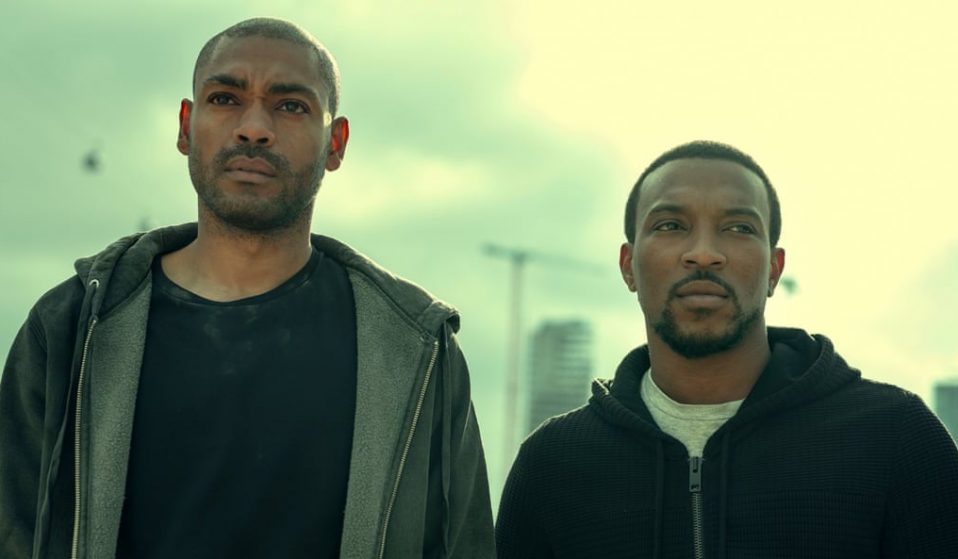 The show, which considers financial struggle, alienation and racism, was one of the few important documents of life in modern Britain. So why did Channel 4 cancel it?

The show, which considers financial struggle, alienation and racism, was one of the few important documents of life in modern Britain. So why did Channel 4 cancel it?

It was the most-watched TV show on UK Netflix in September, and after its commission by the US production giant, the critical reception to the latest season of Top Boy had been equally positive. It begs the question then: why was it ever cancelled by Channel 4, after amassing a huge fanbase over just two seasons? And what can it tell us about the state of British broadcasting?

Top Boy started attracting comparisons with The Wire pretty soon after it was first aired on Channel 4 in 2011, and not just because of its subject matter – a community beset by drug-related crime and gang activity on an estate in Hackney, East London – but because of the characterisation, the quality of the script-writing and the cinematography. Despite having all the makings of a modern TV classic, two years later it was dropped.

Its 2019 resurrection is partly thanks to the involvement of Canadian rapper Drake, who now serves as one of the show’s producers. Drake announced his love of the show via an Instagram post in 2014, and since then he’s been one of its biggest champions, not only producing it and petitioning Netflix for a new season, but endlessly posting promotional material to support its release. The new season sees the return of Ashley Walters and Kano, reprising their roles as Dushane and Sully, as well as the addition of several new characters including Modie, played by Dave, and Shelley, played by Little Simz. With 10 episodes, it’s much longer and more complex than the earlier two seasons, which both only ran to four episodes. The show’s creator and scriptwriter, the Northern Irish novelist Ronan Bennett, takes us beyond the world of the estate, following Dushane all the way to Jamaica, and exploring Sully’s new life behind bars.

Walters is said not to have known that Bennett himself wasn’t black until their first meeting – a testament to his writing, and perhaps, the universal experiences of growing up in poverty-stricken areas beset with crime, be that Northern Ireland or East London. Bennett has since claimed that the decision by Channel 4 to drop the show “felt like a slap in the face to the community it was representing”, and that neither he, nor the cast, were given a proper explanation as to why the decision was made. For both him and Walters, telling stories about life beyond the affluent suburbs occupied by the majority of the British media, seems to have been vitally important.

For audiences too, the unflinching lens through which the show considers subjects such as financial struggle, alienation and racism seems to have played a large part in its appeal, and the popularity of the new season would seem to confirm that there’s still a large appetite to discuss these things on film. Against the backdrop of a media and entertainment industry that seldom weighs in on these subjects, Top Boy emerged as one of the few important documents of life in modern Britain. When it came to the medium of TV drama, it was perhaps the last acknowledgement of the realities of life faced by the millions of people suffering at the harsh end of Tory policy – adapting to the entrenched inequality and injustice that was borne of, among other things, a programme of ruthless austerity.

Many have praised the fact that in spite of a six-year hiatus, the latest season of Top Boy continues to break new ground, nailing the harshest realities of life for those that society perpetually undervalues and excludes, while going deep on the undercurrents of life for its central characters.

I spoke to a Channel 4 representative who explained that the broadcaster is “Obviously incredibly proud of Top Boy – we developed and commissioned it. It was part of our commitment to new drama and new talent. After two successful seasons however, we made the difficult decision not to commission a third.” The rep added that the channel is “is really glad that it went on to have future success.”

This echoes a similar sentiment expressed in a recent speech by Channel 4’s Chief Executive, Alex Mahon, painting Channel 4 as more of an incubator of talent, rather than a longstanding partner to any one of its popular shows. “We often find the content that we create and nurture ends up growing and expanding elsewhere,” she said. “Like Black Mirror, Top Boy or The Circle are doing on Netflix.”

At a time when on-demand services stand to have a monopoly hold on television, we might have expected more determination on the part of the legacy broadcasting industry to protect its output. What’s more, there was no guarantee that Top Boy would have ever been picked up. In fact, it was highly unlikely, and in 2013, nobody could have envisioned that Drake, on the other side of the Atlantic, would have taken the initiative to try and get a third season commissioned. Claims that Channel 4 therefore functions as an incubator, priming talent for mainstream success in this way, crumble under close scrutiny. It seems both disingenuous and sad, given the channel’s history for broadcasting work that always challenged the often deeply biased and narrow-minded agenda set by the other, establishment broadcasters.

The days of Kathy Acker or Stuart Hall delivering lectures on terrestrial TV on subjects ranging from sexual liberation and racial representation might be long gone. But beyond that, the cancellation of Top Boy and the retroactive attempts to obfuscate the reasons for its cancellation, seem to reflect a deeper apathy from the legacy media towards quality drama and storytelling that deals in some of the most urgent and necessary themes of the day. It seems to reflect a more profound shift towards programming that fits squarely within, and seldom challenges, the comfortable tastes of the middle-to-upper-class viewer.

Knowing that Channel 4 forked out £75million for the rights to The Great British Bake Off – three times what the BBC had paid per season – only adds insult to injury, forcing us to ask serious questions about the commissioning principles of today’s TV execs. More than well wishes and flimsy hopes of future success, British culture relies on solid support and investment. But by reverse, the credibility of the broadcasters depends on them having the conviction to commission valuable work, and to think beyond the market logic of viewing figures alone. Let’s just be grateful that in the case of Top Boy at least, someone had the foresight to do just that.

Nathalie Olah is the author of Steal As Much As You Can: How To Win The Culture Wars In An Age Of Austerity. Follow her on Twitter.

Linkedin
RELATED ARTICLES
OTHER ARTICLES
Rogue landlords are exploiting young and inexperienced renters and leaving them in mental and financial turmoil, reports Niall Hignett.
For over a decade, gamblers have won big by employing people to place live bets from the court. But does this dubious method still work?
The idea that a younger generation is abandoning work has become a popular narrative online, but it doesn’t necessarily reflect reality.
With skyrocketing rents, packed out viewings, bidding wars and more, renting in London has never been harder.
A new project is documenting formerly incarcerated people as they transition back into civilian life.
In his 2008 series, the photographer pictured himself as Angela Davis, Martin Luther King Jr., Malcolm X, and other prominent figures.