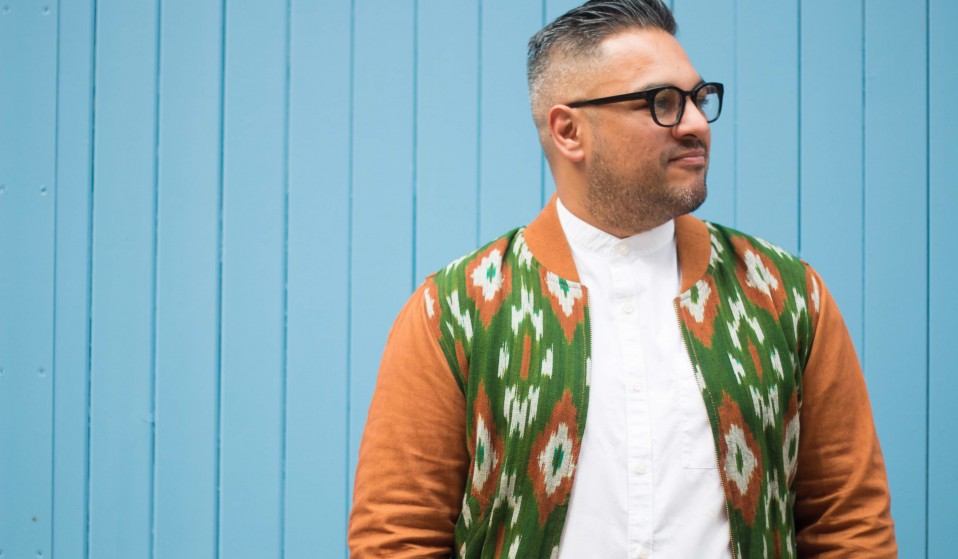 What is it really like to be a person of colour living in modern Britain? Twenty-one writers discuss this reality, and share what it means to them in a new crowdfunded anthology fittingly titled The Good Immigrant.

What is it really like to be a person of colour living in modern Britain? Twenty-one writers discuss this reality, and share what it means to them in a new crowdfunded anthology fittingly titled The Good Immigrant.

Post-Brexit, tensions couldn’t be higher where identity, race and immigration are concerned. Just look to the documented increase in post-referendum hate crimes, the heightened levels of racism and xenophobia we’re witnessing before our eyes.

Recent incidents such as the killing of a Polish man in Essex, and the vicious attack on a pregnant Muslim woman that tragically caused her to lose her unborn child are horrific reminders that, perhaps now more than ever, immigrants and those who are “other” are thought by some at least not to be welcome, better off ‘back where we belong’.

The Good Immigrant, a new anthology of essays edited by Nikesh Shukla, couldn’t have arrived at a more pertinent time. Crowdfunded within just three days, The Good Immigrant explores openly and bluntly what it means to be a person of colour in Britain today, featuring contributions from 21 black, Asian and minority ethnic writers including Bim Adewunmi, Reni Eddo-Lodge, Kieran Yates, Musa Okwonga, Chimene Suleyman amongst others. In many ways, the book is a result of Shukla’s frustration at the publishing industry’s lack of diversity.

I decided to crowdfund The Good Immigrant because I thought, if we’re told that writing by people of colour is a marketing trend, or we’re not a very lucrative marketing genre, it’s really fucking dehumanising, right? By crowdfunding, I was able to make the point: Here are 20 writers who should all have books out, and a bunch of them have put their own books out because they got so frustrated with the lack of interest by publishing.

By crowdfunding, I will show you there’s a readership because we needed 650 people to crowdfund the book and we got that within three days. We had 650 people pledge to buy the book before a single word of it had been written, and they only represent a small percentage of the readership out there. 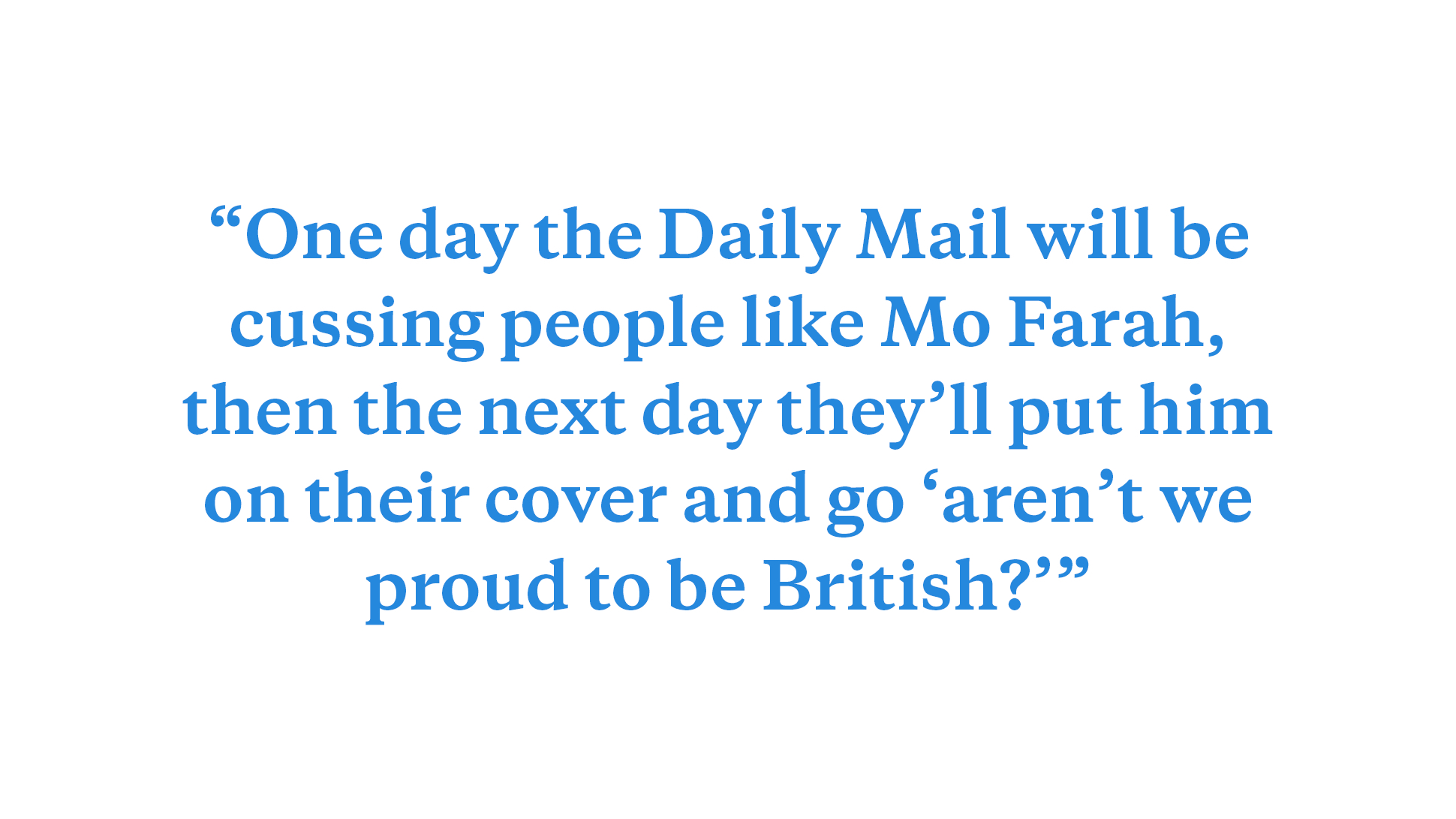 Nadiya Hussain from Great British Bake Off has to win a very British baking competition in order for people to look past her hijab, so she’s a good immigrant. Then she goes on BBC Radio 4, the sort of pantheon of all middle-classness and calls out casual racism and the country loses its patience with her again. She becomes a bad immigrant.

One day the Daily Mail will be cussing people like Mo Farah, then the next day they’ll put him on their cover and go “aren’t we proud to be British?”

Post-Brexit, the rhetoric surrounding migrants seems to have become even more toxic…
So much of the stuff I’ve been doing is about trying to re-humanise immigrants as people.

I did this thing where I posted a picture of my Dad and I was like, ‘I’m the proud child of an immigrant and I want to re-humanise the immigration debate, I want to hear your stories of why you’re here’ and it ended up trending on Twitter for a bit.

Loads of people were coming out and going “This is me and my parents. This is why they’re here, this is why I’m here. This is what makes me proud to be here but also be proud of where I’m from”, and it was just such a lovely warm, re-humanising of people.

Obviously, it was within my echo-chamber but sometimes I feel like when we talk about immigrants, migrants and refugees as faceless cockroaches… We talk about them in numbers and statistics and not as victims or people who need help or just people with names. It really upsets me.

Since you published your first novel Coconut Unlimited in 2010, what changes have you seen within the publishing industry?
I think a lot of work still does need to be done. The year my novel came out I was sitting on a panel debate about diversity in publishing, and then I found myself in May last year sitting on another panel having the exact same conversation, and I realised how little we’d moved on.

That really kicked my ass into gear. There was a specific thing that happened at that event where someone in [the industry] said that they’d never received a CV from a black girl in their entire career, and I was like, that can’t be right. Before any of us could say anything, a black girl in the audience stood up and said ‘I’ve applied to work with you seven or eight times and I’ve never got an interview’.

It’s that kind of ignorance and lack of attention that just fucks everything up. They often talk about the business case of diversity and how much money can be made from all these people and I end up thinking, the business case is fine but I’m much more interested in the social case for equality and inclusion.

You recently tweeted that you spent years trying to be “‘relatably’ diverse” but it just wasn’t you. What is relatable diversity?
I think it’s when you tell stories about people of colour that still centre around a white person, or you use a white person to be the entry point into that world. I sometimes feel like that’s kind of what The Wire has done and I like The Wire!

I think my early work, before I started working on Coconut Unlimited, was very much trying to write The Buddha of Suburbia or White Teeth, because those books are incredible books but they are books that get often imitated and it kind of dilutes what you think about the original work. I think I was just trying to rewrite them instead of telling the story that I wanted to tell. Maybe I wasn’t confident enough to know what my voice was so I just ended up emulating my heroes.

What do you want people to take away from The Good Immigrant when they read it?
I edited it, I commissioned it and I read it, and there were still bits of it that made me feel uncomfortable or challenged me or upset me, and I was the one who pulled it all together. Embrace your discomfort in reading it. If you’re a white reader, it’s OK to be uncomfortable.

If you’re a writer of colour or you’re thinking about writing, hopefully, it will inspire you to know that there are spaces for you.

The Good Immigrant, published by Unbound, is on sale now.

Linkedin
RELATED ARTICLES
OTHER ARTICLES
Jeffrey Henson Scales intimate portraits and protest images of the BPP and its leaders offer a rare insight into organisation at a time of societal upheaval.
The pro skateboarder withdrew from the 2020 Olympic Games so he could come out as trans. Now, he’s hoping to encourage others to live as their authentic selves – within the sport and beyond.
A new law change is enabling Britain’s donor-conceived children to know the truth about their origins – but campaigners say the fertility industry must do more to protect people.
Taking us through one of the most dynamic years in recent history, Laylah Amatullah Barrayn new photo book contains tender yet confrontational portraits.
The first-generation graffiti artist reflects on the tagging’s emergence as an art form and the players who pushed the medium forward.
After building his reputation covering the US civil rights movement in the 1960s, the photographer went on to produce some of the most enduring images of the past century.