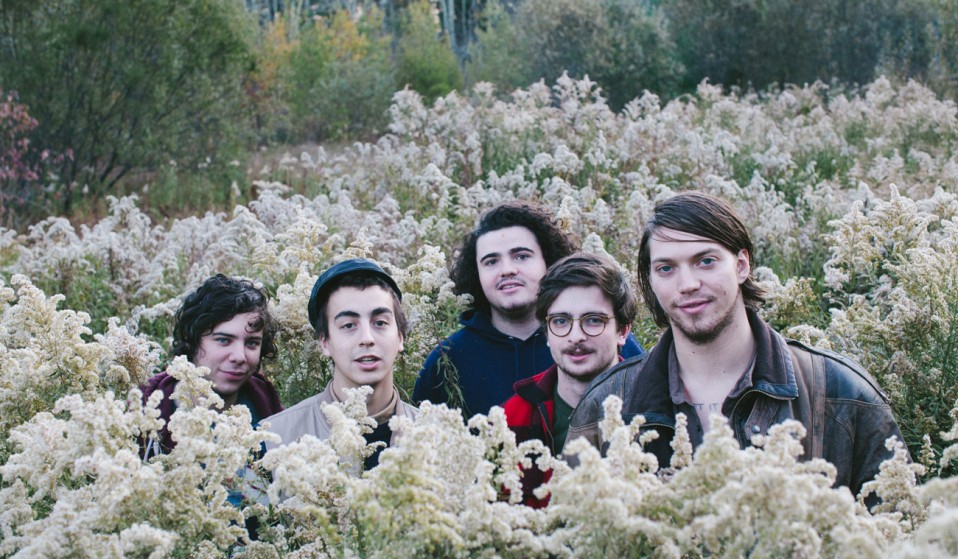 Chicago band Twin Peaks may be known as party bros who make chill sounds but, off record, they pack some serious political bite.

Chicago band Twin Peaks may be known as party bros who make chill sounds but, off record, they pack some serious political bite about a country in flux.

In the back room of an East London pub, Cadien Lake James heaves a deep sigh at the state of America.

It’s safe to say this is not someone you would expect to be deeply invested in US politics.

The 22-year-old singer and guitarist has been up all night with his bandmates in Chicago’s Twin Peaks, partly to celebrate the highpoint of a European tour and partly to watch the Cubs play in the World Series.

A stained white t-shirt hangs loosely around Cadien’s hulking frame, revealing a tattoo that reads LET IT BLEED just below his neckline.

There’s a hint of bloodshot pink to his eyes, a patchy quality to his stubble and a fresh bloody mary sitting in front of him.

But as soon as the US presidential election is broached, he switches into gear: passionate, thoughtful and articulate about the things that matter to him.

He worked with the Black Panthers, spoke on stage with Martin Luther King and helped run a political campaign for Harold Washington, Chicago’s first black mayor.

That’s where Cadien’s social awareness and empathy for people stems from. And at a time when sports feels like the real politics in the US, he wants others to feels just as invested.

What does it feel like being a touring band in the US at such a critical moment?
Being a liberal millennial kid brought up with awareness of politics, I was very driven by Bernie [Sanders]. It was wonderful. We haven’t had someone like that in the States since FDR.

He came along and suddenly millions of young Americans were, for the first time, like ‘Politics! I care.’ But I worry that can be fleeting.

With Bernie gone, it’s like, ‘You guys said you’d help make a change. But do you realise that’s a lifelong commitment?’’

I think a lot of younger people get so caught up in the presidential election alone that they think just getting the right president solves our problems.

Do you find that other musicians care about these things as much as you?
It seems relatively half and half. You meet a lot of bands that are apathetic. ‘I don’t follow politics because it bums me out.’

That can drive me crazy. I mean, you can’t let it get you down. This is important.

Some people are more motivated than us. Then I see others with 50,000 followers who can’t take a moment of their time to recognise when fucking thousands of black kids are killed in our country by cops and we don’t do anything about it. 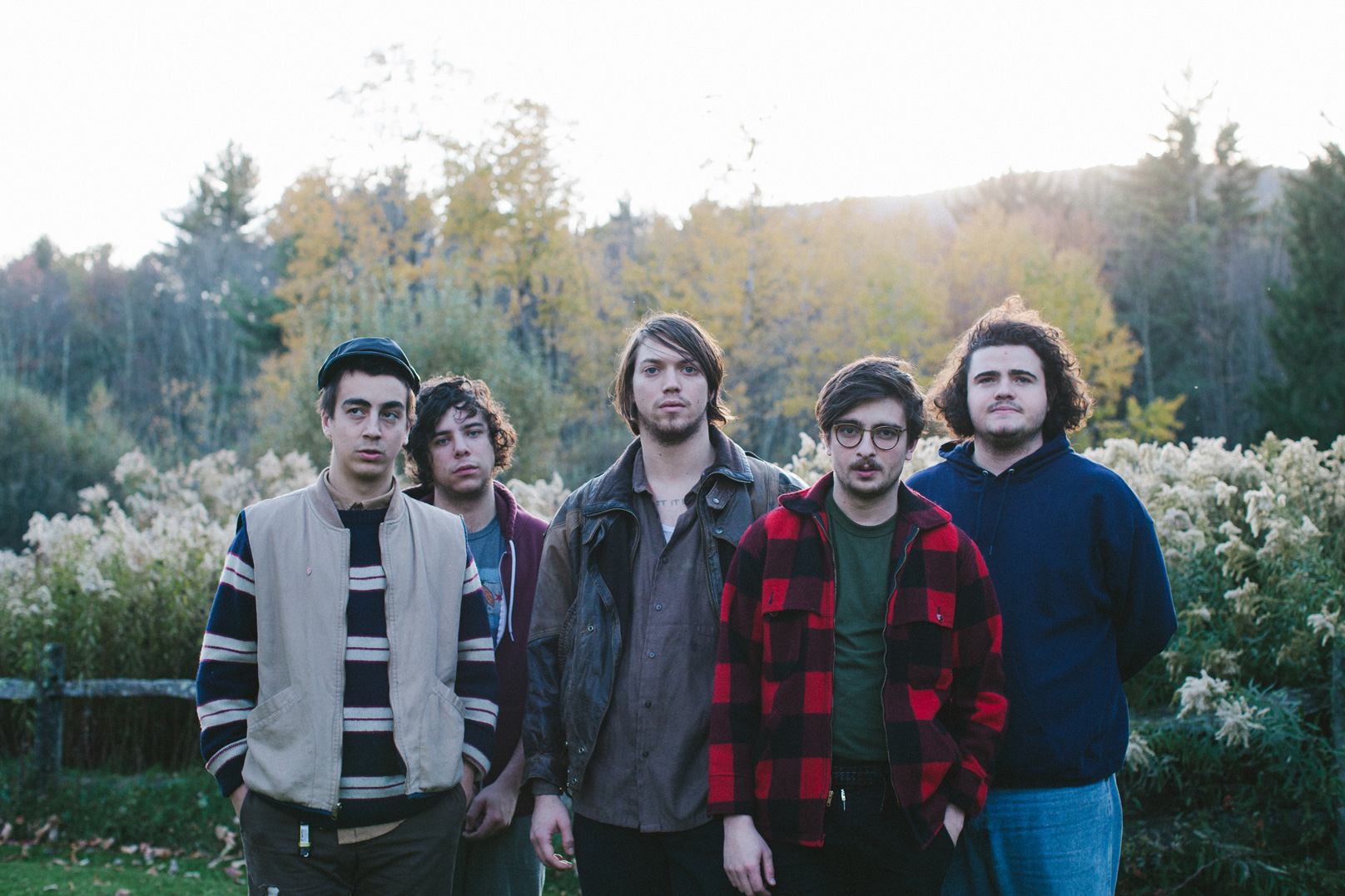 We have to remember that a good half of our country is totally oblivious to a lot of issues and thinks that Trump is a sane person.

It can be embarrassing, coming overseas. There’s this stigma that Americans can be brutish or that we’re just a ridiculous nation.

To me, it’s the simplest thing to say, ‘Look, if we just start talking about these things and acknowledging them, that’s how change comes.’

Every time one artist uses that voice, how many kids do they inspire to think, ‘This hurts me too. I’m going to care about these issues.’ If you don’t do anything, I think it’s a waste.

How much engagement have you found while touring?
Well, at a certain point I realised that to really be on top of politics, you have to devote a lot of your life to it.

We were on tour when Ferguson happened. When they decided not to prosecute the cop [responsible for Michael Brown’s death], I broke down crying.

There were all these protests in Chicago I wasn’t able to be there for. All I could do was lend my hand on Twitter or Instagram or Facebook, venting, but I couldn’t be there with my people.

I realised, ‘Wow. If I really want to make a difference, I can’t be in this band. I have to be on the ground in Chicago working with all these organisations locally.’

It’s tough. And I think that’s where a lot of the apathy come in: it can feel almost impossible to make that change.

There was an assumption that because Bernie didn’t get the vote, his young supporters would automatically back Hillary. How widespread was the disillusionment?
There was a lot of it. A big part of his campaign was acknowledging that even Democrats and the ‘liberal’ side of American politics are still very corrupt.

People got so into the righteousness of Bernie’s cause that it turned into resenting him for endorsing Hillary – which I can understand. You want to stick to your guns and only vote if it’s right inside your heart.

But if you think, ‘They’re not going to embrace my ideals, so I’m just going to ignore the system and not vote’ – then that’s a vote for the wrong side.

Young people have good intentions for not wanting to back Hillary but there’s a reality there that you have to accept: if we want any positive change, we have to take the small steps we can and then keep pushing it. 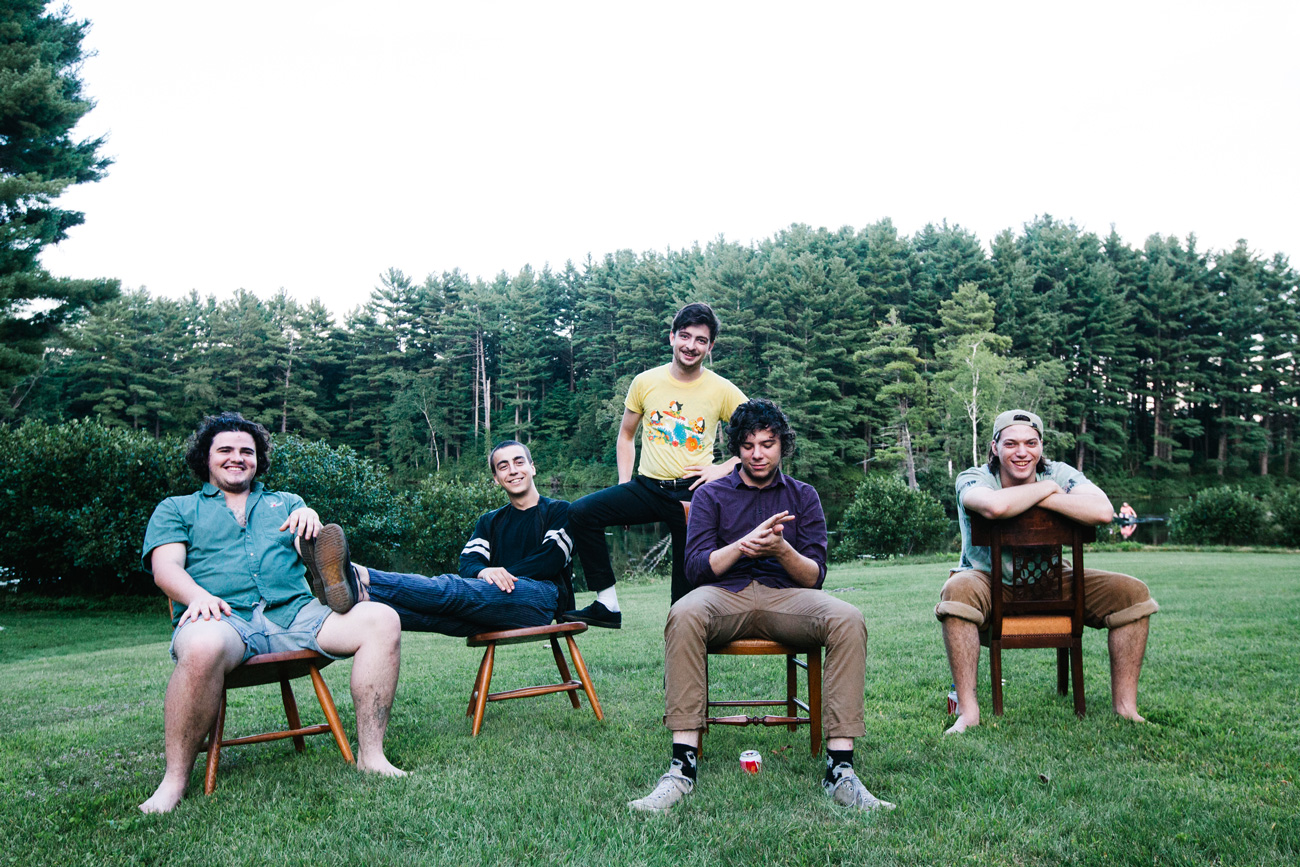 There are 2,000 candidates in my state, Illinois, up for election. Ninety per cent of voters have no idea who those people are.

They don’t realise they could be voting for the likes of State attorney and that’s just as important in the long run.

A lot of our fans are turning 18 for the first time and we’re trying to get them to register.

But it works in the favour of the powers that be to have people not aware of all those politicians because if you really get things going at a local level, that’s where real change begins.

What are the most pressing issues for you personally? What things could go either way as a result of the election?
You hear the soundbites where Trump is making Chicago sound like the worst place ever and it is a problem; but a lot of it’s just because politicians don’t invest in the south side.

They don’t give a shit about black people. Chicago is still one of the most segregated cities and that’s not something you’ll see change from getting the right people in office this time, which is frustrating.

But I’m a positive cynic because I also have faith in the power of the people.

We have access to so much information and communicate with each other more than ever.

So I think things are slowly moving in the right direction in some places and that we can hopefully become more socially conscious decisions as a nation.

Linkedin
RELATED ARTICLES
OTHER ARTICLES
Photographer Sean Maung reflects on documenting a small town in Pennsylvania afflicted by high levels of unemployment, poverty, violence, crime, and addiction.
Activists and campaigners are fighting back against new laws that would seriously undermine the ability to take industrial action, calling it an attack on fundamental workers' rights.
AI companies that develop image-generators using copyrighted artwork from the internet are coming under fire from artists who say that it amounts to theft.
The action took place in response to the 200 asylum-seeking children who were placed in hotels run by the Home Office who have gone missing.
A new film from Berghaus traces the story of Adam Raja, who left behind a turbulent upbringing to discover the healing power of climbing.
Tristan O’Neill’s shots of dancers caught in moments of reverie at the height of rave’s golden age are a testament to the UK’s legendary club culture.