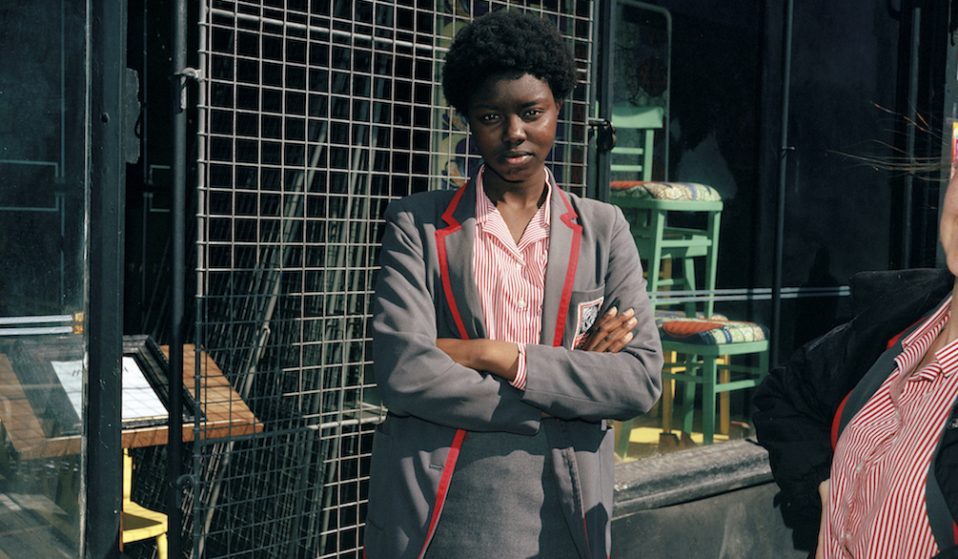 Photographer Stephen Burridge talks preserving the memory of places on the margins of capitalism and celebrating the UK's vibrant communities.

Photographer Stephen Burridge talks preserving the memory of places on the margins of capitalism and celebrating the UK's vibrant patchwork of communities.

When photographer Stephen Burridge was young, his father, then a London taxi driver, would often take him driving through the capital’s winding roads. Burridge remembers gazing out of the cab’s window with endless curiosity: “I just had this affinity with watching people on the streets and looking at their mannerisms,” he recalls.

These journeys would grow into Burridge’s love of photographing the streets. “I continued but in a different aspect, with the camera instead of a taxi,” he says. Burridge has since spent much of his career capturing the UK’s diverse, primarily working-class neighbourhoods, among them Deptford in South London, Roman Road and Bethnal Green in East London, and the UK’s coastal regions of Blackpool and South Bay.

These photographs now form a series entitled Homegrown – a reference, Burridge says, to the “authentic, real approach” of being a Londoner photographing his own streets and integrating with the communities that comprise the project. 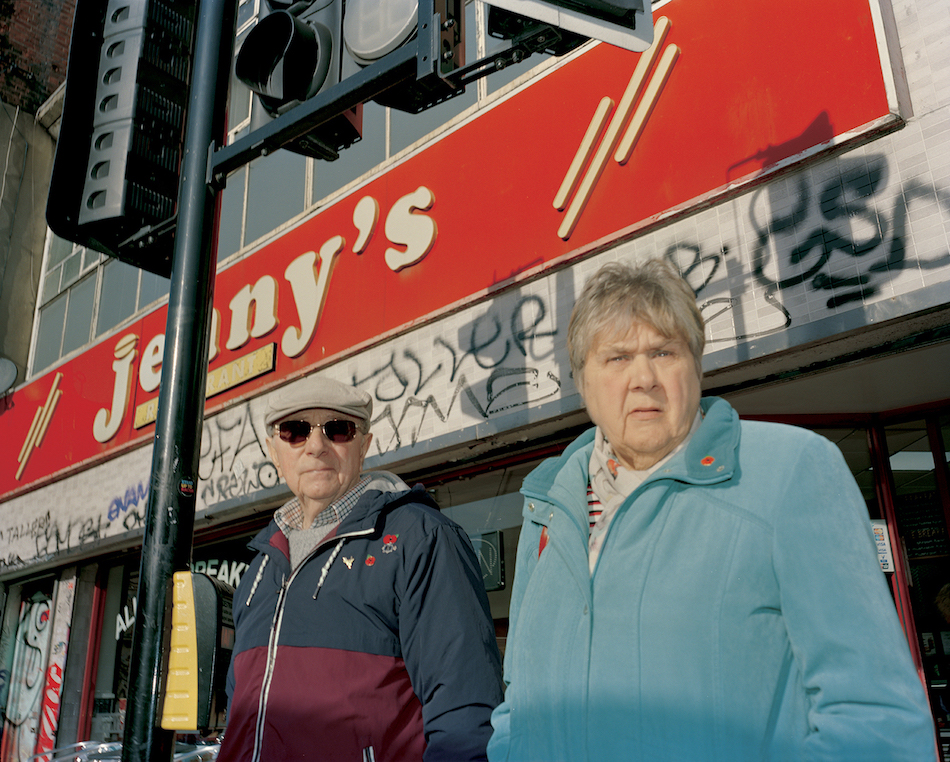 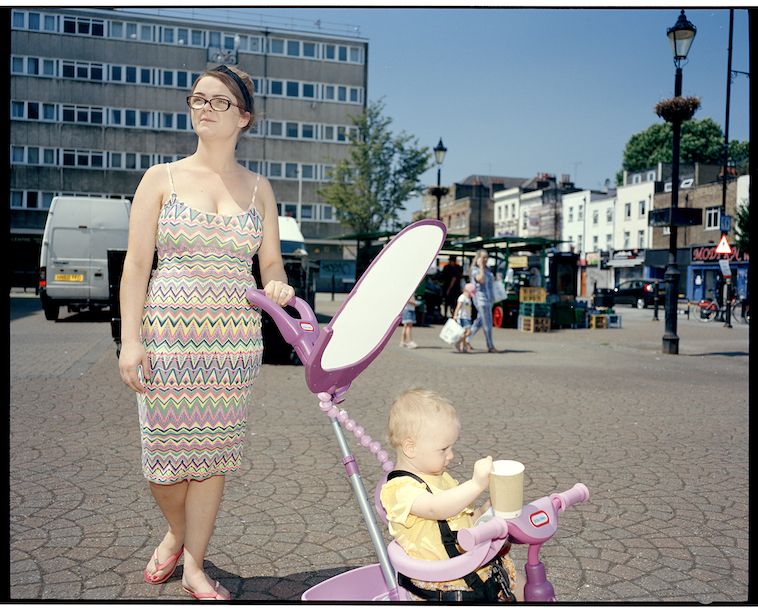 It was through photography that Burridge first became acquainted with Britain’s class system, and in this sense, his work has always had a political dimension. “It’s become a personal challenge of mine to break-down facades, to get close to the people in these communities and to show the individual characteristics of an area.”

Burridge speaks about his role as a photographer with a sense of duty – that being to preserve the memory of areas from the slow creep of gentrification. “The very purpose of gentrification is to take away the soul and life of an area, to commercialise it, and use it as a commodity,” he says. “To show the beauty of these misaligned areas – which are becoming few and far between – is an art form in itself.” 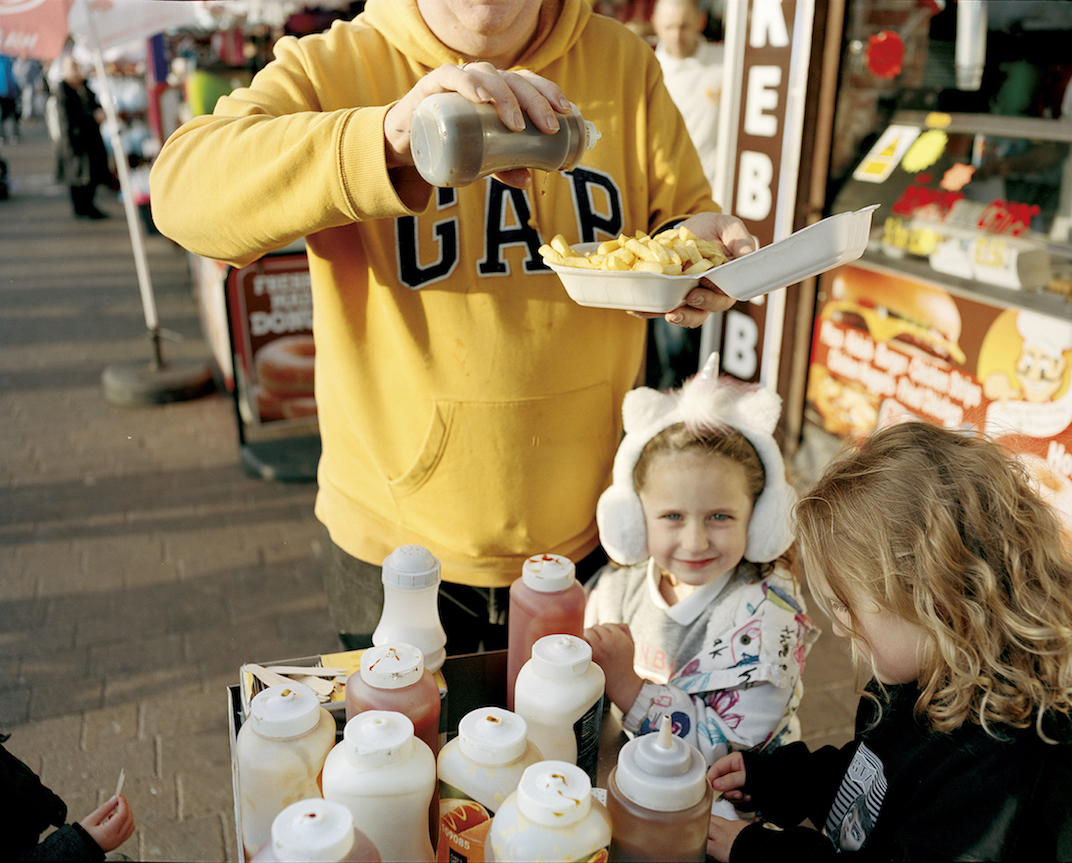 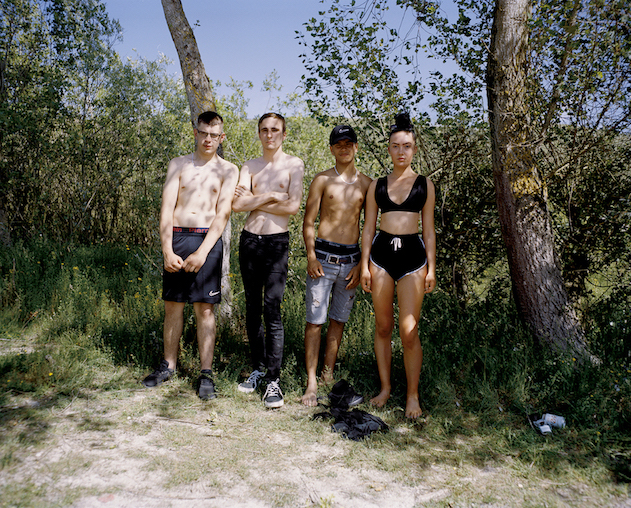 For this reason, he avoids shooting wealthier suburbs, which he describes as homogenised in their appearance. Instead, he chooses to document the “unconventional eloquence” of those existing on the margins of capitalism, whether it’s London’s bustling street markets or takeaways on the beachfront.

His photographs, he says, are a mixture of “semi-arranged” pictures, where he asks to shoot his subject, and “serendipity”, which involves waiting for the right moment to photograph a person without them knowing. It is these chance encounters, Burridge says, that allow for the “nuanced and brutal imagery” that has become a trademark of his work.

In the past, British documentary photography depicting the working classes has attracted criticism for its voyeurism and distance from the lived reality of its subjects. But Burridge’s work offers nuance, something he owes to his own background and compassion for the people behind his lens.

“I have close ties with these groups and I have a natural connection with them,” he says. “Instead of looking down on, I photograph in an intrinsically appreciative way.” 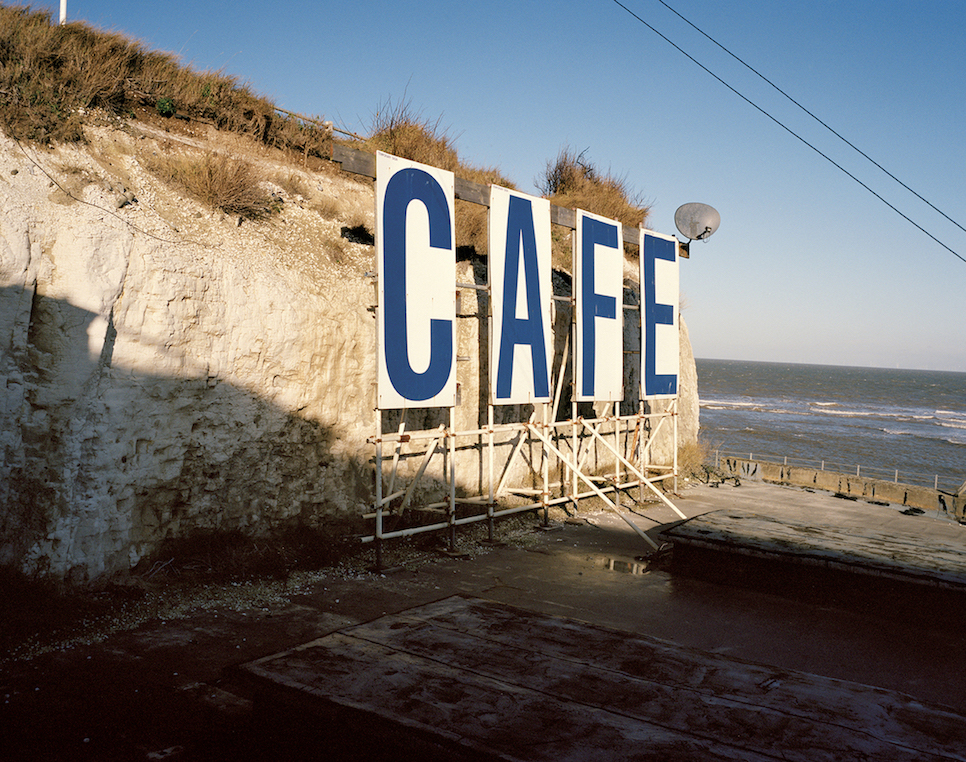 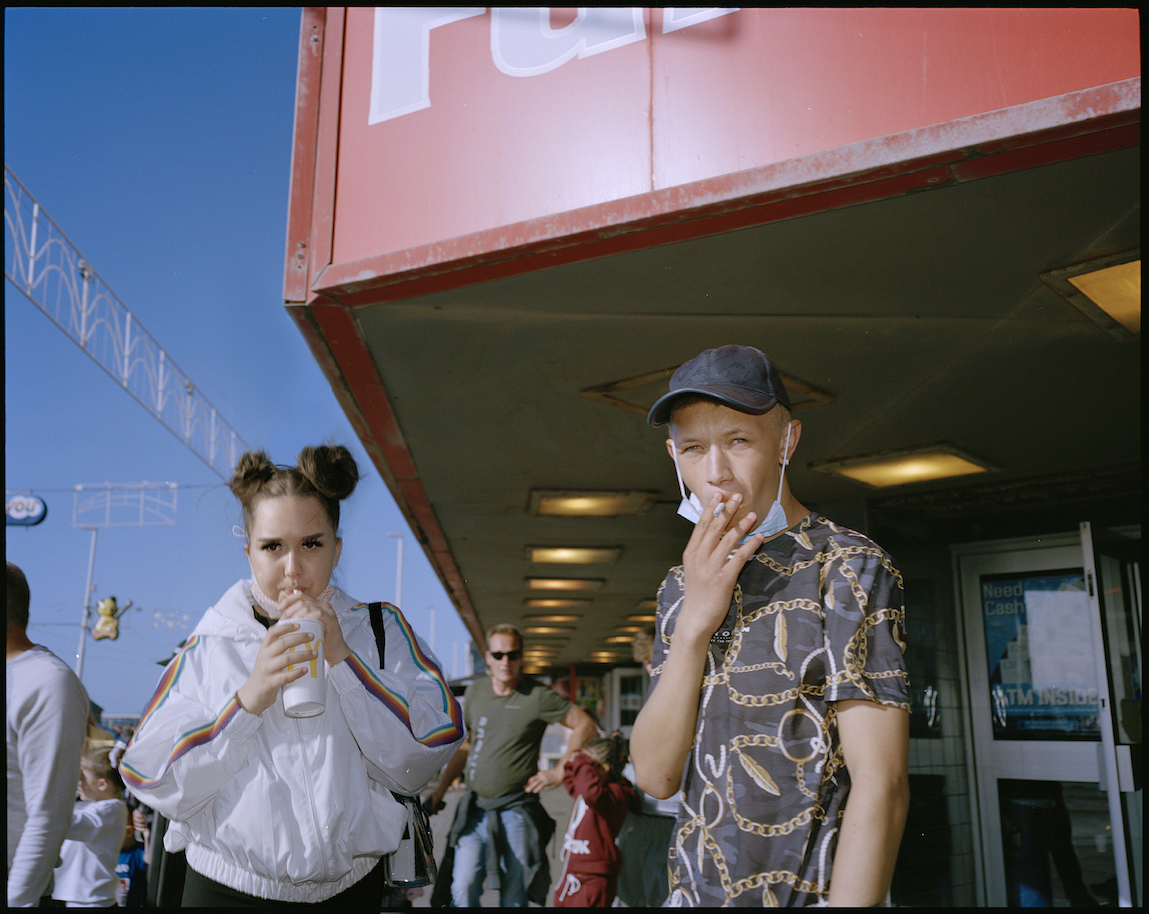 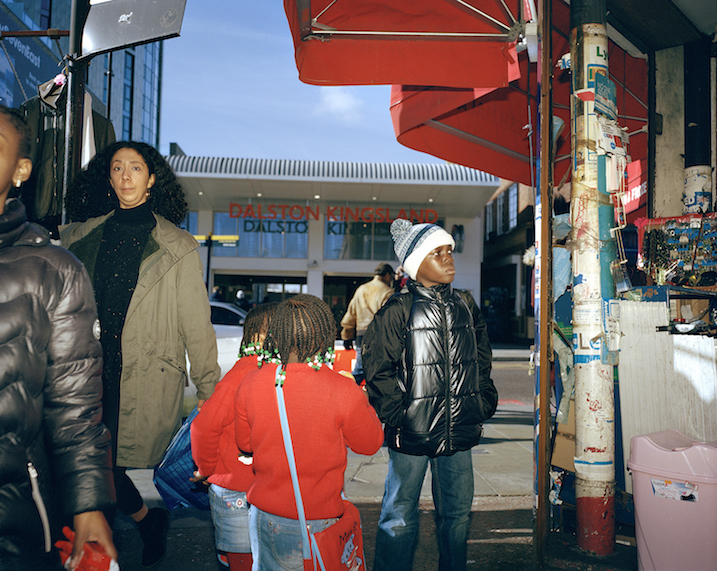 Linkedin
RELATED ARTICLES
OTHER ARTICLES
Zsófia Sivák’s ongoing project documents the country’s tavern culture, preserving a once defining part of rural life.
Activists and campaigners are fighting back against new laws that would seriously undermine the ability to take industrial action, calling it an attack on fundamental workers' rights.
Jeffrey Henson Scales intimate portraits and protest images of the BPP and its leaders offer a rare insight into organisation at a time of societal upheaval.
Mass crustacean die-offs in the North East have led a community of fishermen to take action to save their seas.
Campaigners reflect on what the supreme court’s decision to allow buffer zones in NI means for the future of reproductive rights in the UK.
Photographer Sean Maung reflects on documenting a small town in Pennsylvania afflicted by high levels of unemployment, poverty, violence, crime, and addiction.