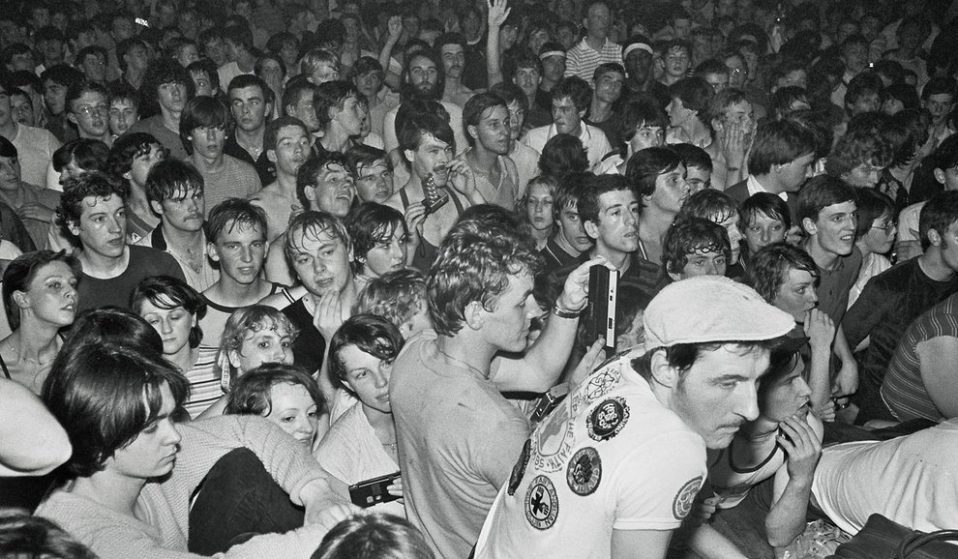 From the queues outside to the last ones standing, Francesco Mellina’s new photo book follows a night that has gone down in the Northern-Soul history books.

From the queues outside to the last ones standing, Francesco Mellina’s new photo book follows a night that has gone down in the Northern-Soul history books.

While the London-based media of the 1970s and ’80s might have proposed punk, followed by the New Romantics, as the decades’ dominant youth cultures, in the North, and stretching into the Midlands, Northern Soul had young people in a chokehold. They’d criss-cross the country on trains, trawling record shops for US-soul imports, searching to identify ‘cover-ups’ and to party the night away in the North West’s Northern Soul venues. These included The Twisted Wheel in Manchester; The Golden Torch in Stoke-on-Trent; and Wigan Casino, home to the famous ‘All Nighter’ – which for many was considered the epicentre of it all.

From 1973 to 1981, the All Nighters garnered a global reputation. In 1978, the venue was ranked above New York’s glamorous Studio 54 as the “best disco in the world” by Billboard. But despite this transatlantic acclaim and connection with soul record labels of the States, UK media attention was relatively scant. Italian-born, Liverpool-based photographer Francesco Mellina was sent by NME to photograph the “End of an Era” final All Nighter in 1981 after the venue was ordered to shut by local authorities. 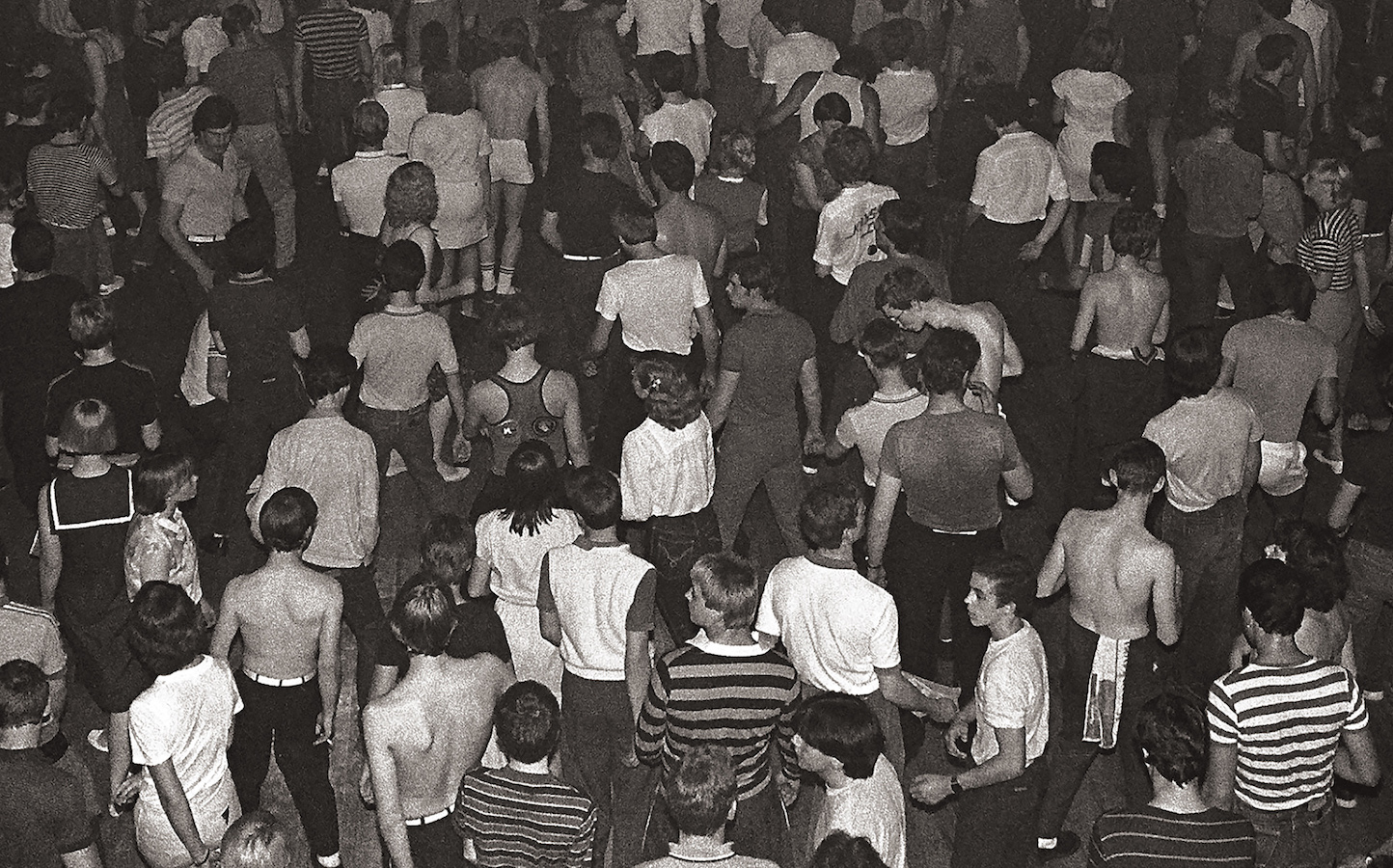 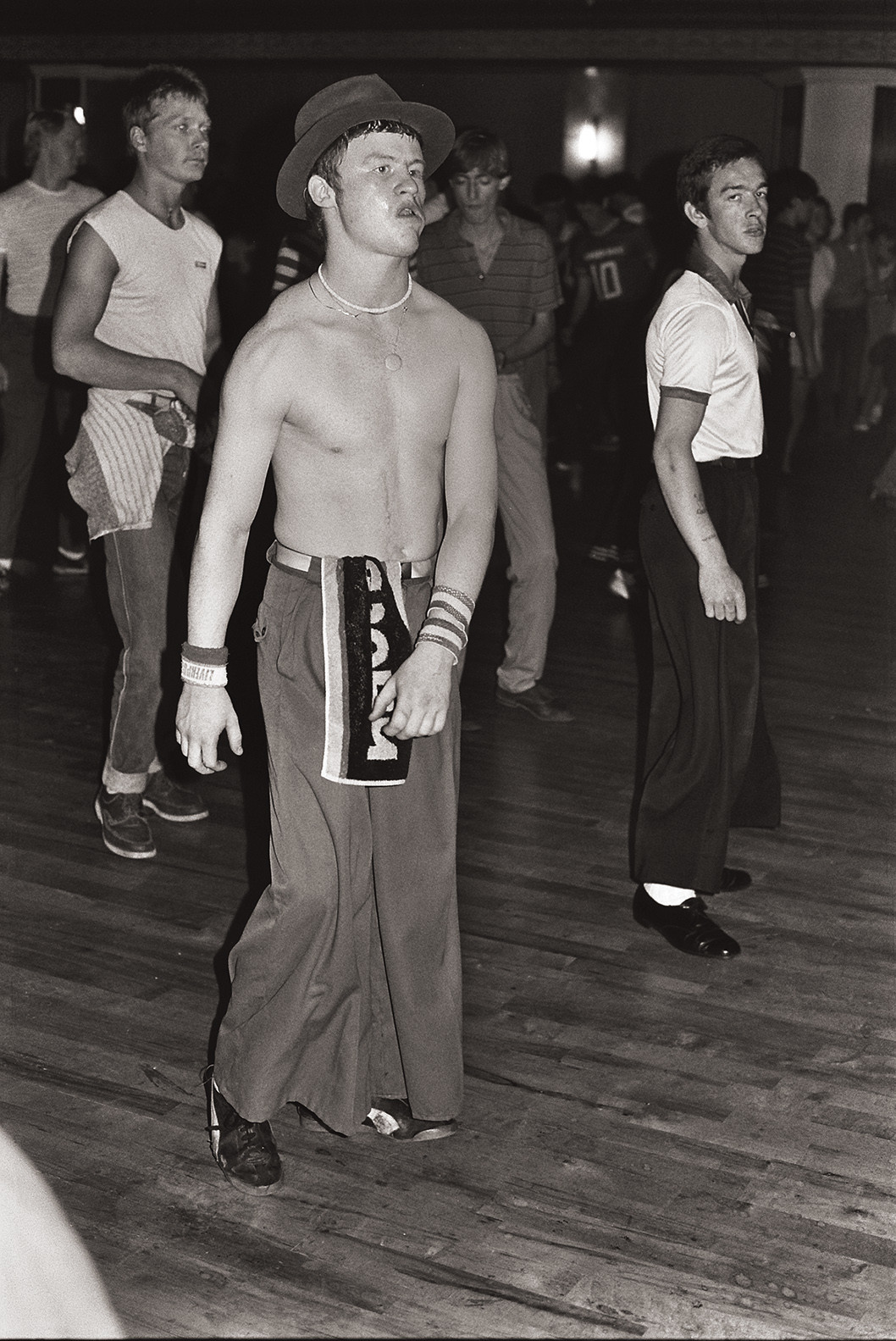 “I don’t know what I’d do if Wigan shut down; life wouldn’t be worth living,” said one clubber in Tony Palmer’s 1977 documentary, Wigan Casino, which still plays in the town’s history shop (it’s also sampled by Mark Leckey in his 1999 video work, Fiorucci Made Me Hardcore).

Despite the massive loss the closure represented (Wigan Casino’s had 100,000 members, while the venue’s capacity was 1,200), Mellina’s photos only made up half a page story in the eventual NME issue. The photographer, who had attended a couple of the All Nighters himself previously, decided he would capture the whole night unfold, from the queues snaking outside, through to the coat check, the record market, to the talcum-powdered dance floors (for better sliding), through to the bag collection at the bitter end. These photos are now collected in a new book, titled Last Night at Wigan Casino (March Design). 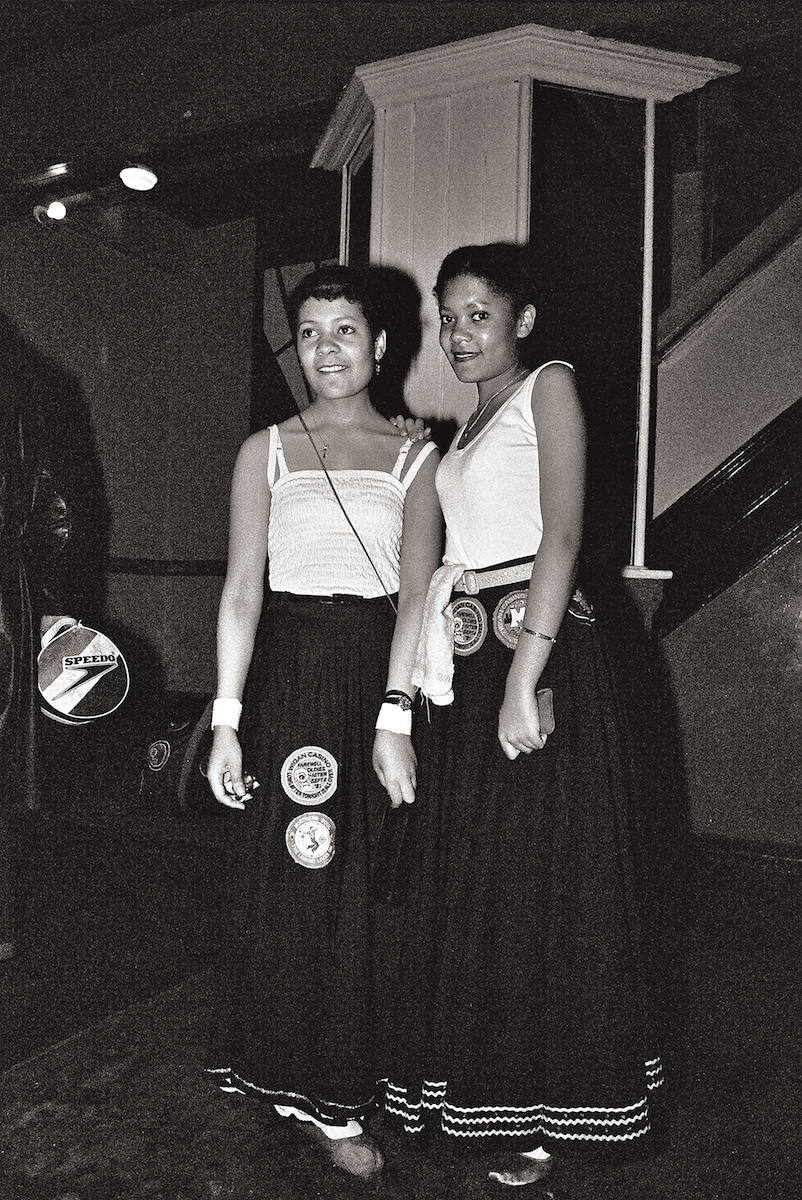 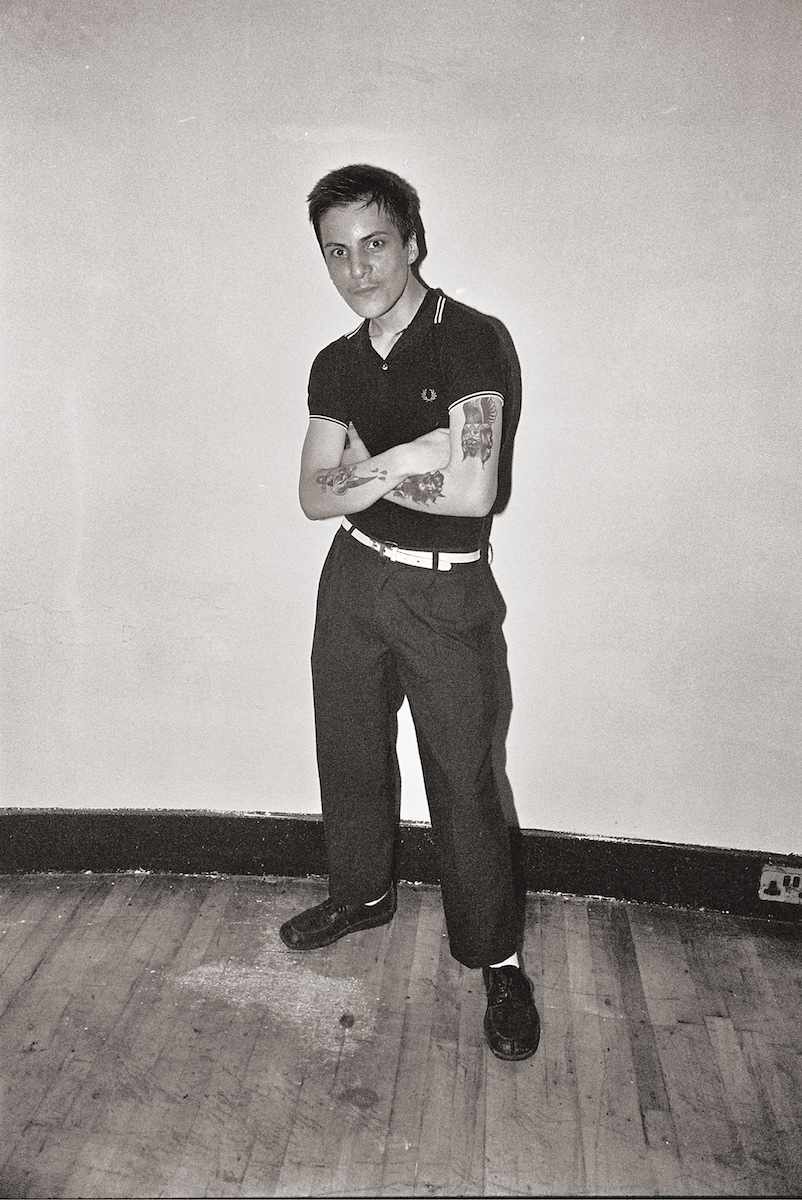 “They [the Northern Soul fans] really were intent on keeping the purity of it,” says Mellina. “The media just never paid any attention, which actually benefited the Northern Soul scene greatly. They were really thrilled about that because they generally felt that it was theirs and they didn’t really want anybody else to have access to it.”

Mellina’s photos capture the poignant final hours, including images of what the scene was known for, from the dancing, to the community, and the record collecting. And also, the very specific fashion: the long-circle skirts and sturdy shoes for dancing all night, beer towels slung on as accessories used for mopping up sweat, sewn-on badges from all the Northern Soul clubs, and the large overnight bags which people would lug down the road to the local public baths for a shower before work once the sun came up and the music stopped.

The final moments of the night were, unsurprisingly, emotional. As Mellina explains, resident DJ Russ Winstanley would always end the night on a cold three-eight, “which is like three records that he would always play at eight o’clock in the morning – and they just wouldn’t let him finish”. After the success of that particular end of an era night, there were a few more ‘final’ nights before the club closed for good, the permanence of which was cemented when a fire burnt the building down in December 1981. While no longer standing, the nights at the Casino went down in the history books, laying the foundations for modern dance music. 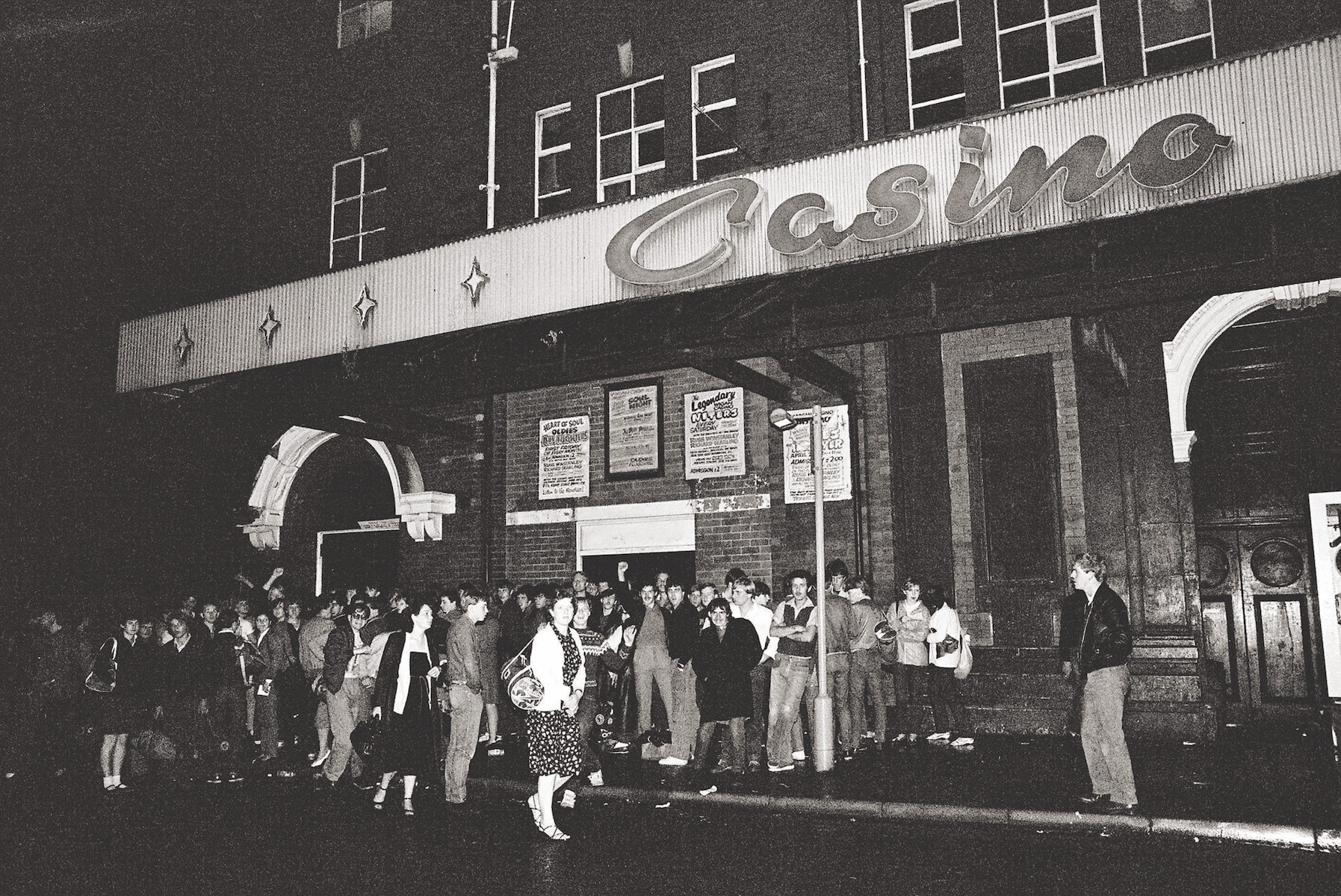 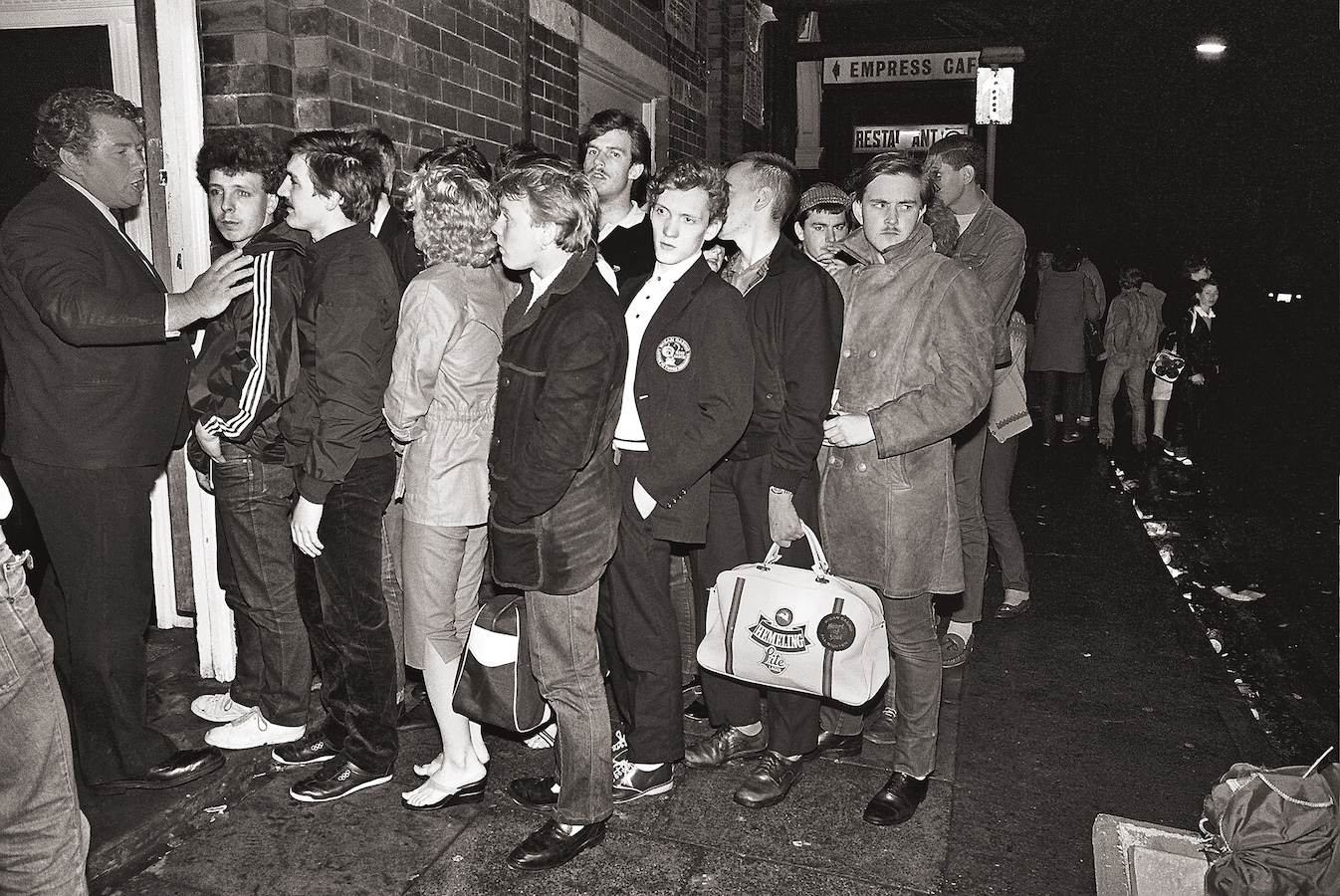 Linkedin
RELATED ARTICLES
OTHER ARTICLES
The revered showbiz chronicler recalls his journalistic beginnings, documenting subcultural scraps in the ’80s.
New legislation is set to make it more difficult to hold Israel accountable for its human rights abuses.
In our first OFFF Dispatch piece, the Arce Studio founder shares her tips on standing out from the crowd.
The government’s failure to take long Covid seriously has led to the formation of a group campaigning for the thousands of forgotten victims of the illness.
The government is scrapping the Human Rights Act in a move that will hit marginalised people hardest.
Over the weekend, London locals came together to resist a pre-planned police raid targeting delivery drivers.