Art & Culture / Is Malmö the most skateboarding-friendly city in the world? 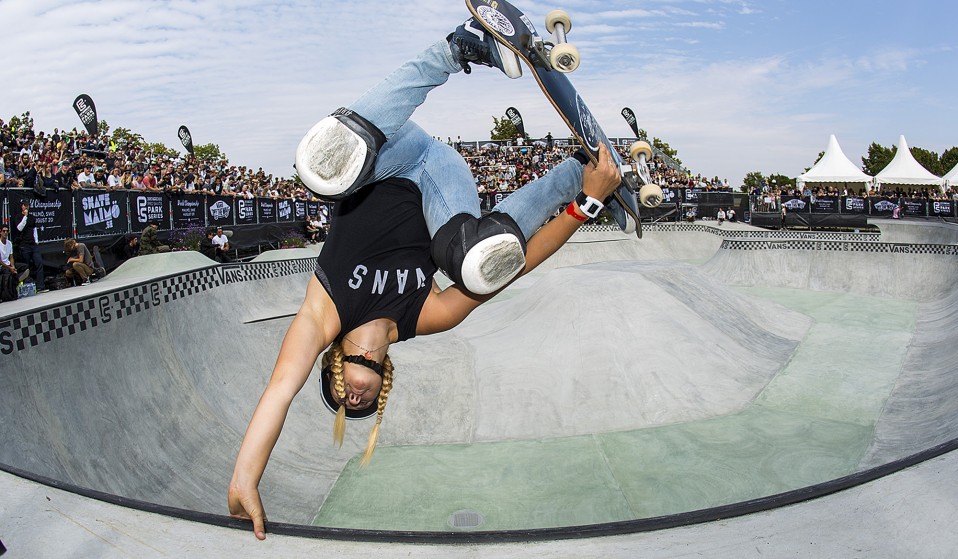 As Vans Pro Skate Park Series arrives, we investigate Malmö’s reputation as a skate mecca, with its own skateboarding high school and a skate ambassador in city hall.

As Vans Pro Skate Park Series arrives, we investigate Malmö’s reputation as a skate mecca, with its own skateboarding high school and a skate ambassador in city hall.

It’s a bright, summery weekend and Malmö is teeming with people. The stages littered across the city centre are pumping out a curious mix of Scandinavian folk, ‘80s hair metal and Euro-pop. But above the noise of the Malmö Festivalen, there’s the unmistakeable screech of polyurethane on concrete and the clatter of skateboards – hundreds of them, everywhere.

The Vans Pro Skate Park Series (VPSPS) has rolled into town, which seems like the perfect weekend to investigate Malmö’s reputation as one of the most skate-friendly cities in the world. Vans may have put up the $500,000 in prize money and built an enormous concrete park that will remain after the comp, but it’s two decades of hard graft by local skaters that have created a fitting stage for the cream of international skateboarding.

From the scene’s humble beginnings in an underground car park in the mid-‘90s, today Malmö’s embrace of skateboarding is second-to-none. The city has offered up its parks, plazas and public sculptures to skateboarders with open arms, given students the option of a skateboarding high school and boasts an official ‘Skateboarding Coordinator’, who takes skaters’ demands straight to the heart of City Hall. 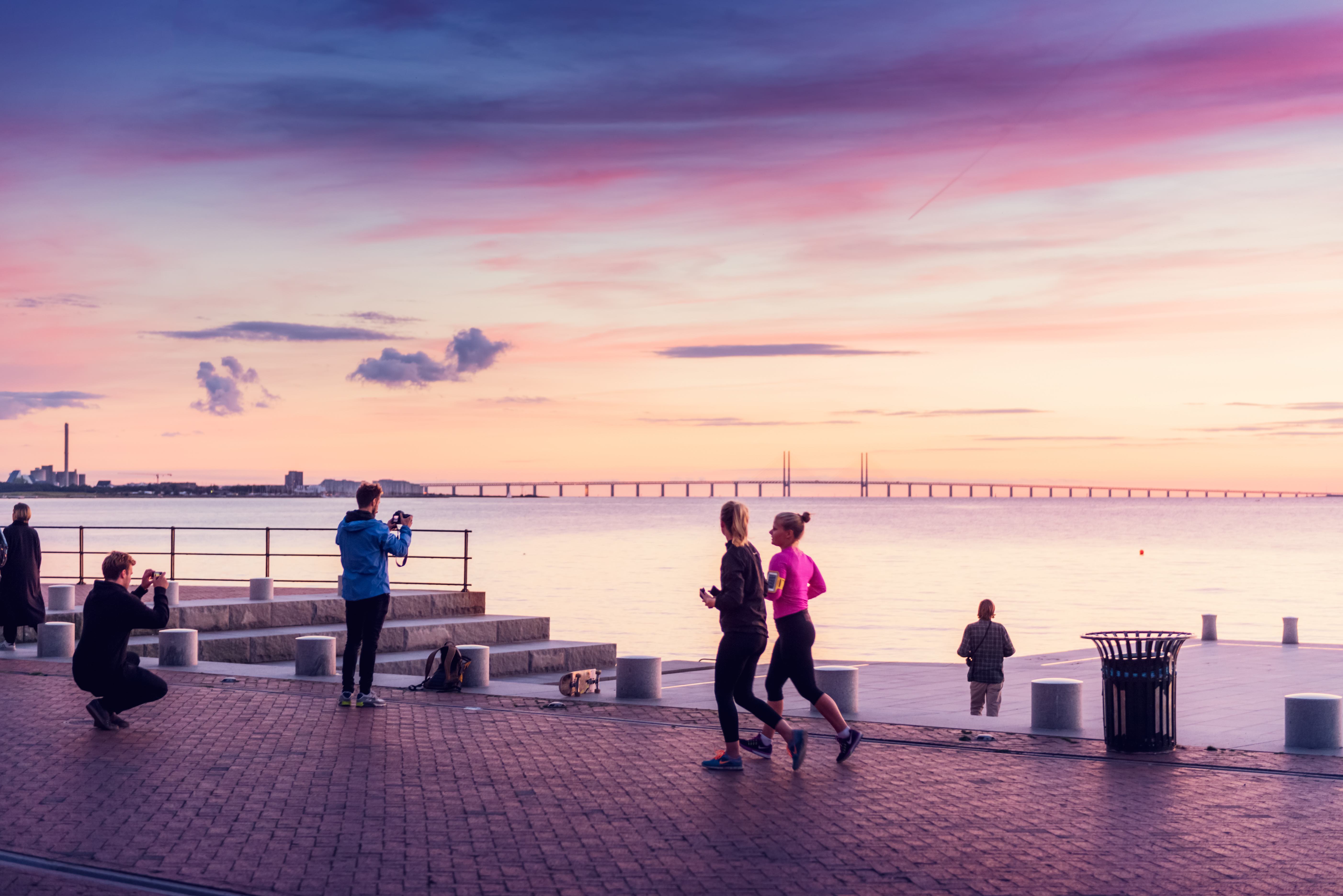 “It’s no accident Vans chose to hold the World Championships here”, explains Rasmus Sjölin, who runs Streetlab, the city’s best-known skate shop. “What the city is doing together with skaters in Malmö is pretty unique.”

But it wasn’t always this way. In the days before Malmö became peppered with both DIY and officially sanctioned spots, local skaters came together to shelter from Sweden’s harsh winters in an underground shopping mall car park. From this hub, a skateboarder’s association was formed, which allowed them to gain recognition with the city council and apply for funding.

That relationship began to bear fruit when the city offered skaters a space in an abandoned school to build ramps. The next giant leap forward came in 1998 when they got access to an old brewery, which became Malmo’s first indoor skatepark, dubbed Bryggeriet (‘brewery’ in Swedish), and soon began hosting comps, like the Etnies European Cup.

Progressive teachers recognised that skateboarding was more than just a pastime and now pupils come from across Scandinavia to enrol at the Bryggeriet Gymnasium high school, which integrates skateboarding into the curriculum. Bryggeriet goes beyond schools in the States that just include skateboarding as physical education. Bryggeriet provides a skateboarding-focussed classroom offering too, which includes architecture and media editing classes, alongside the courses you would expect at a regular high school. 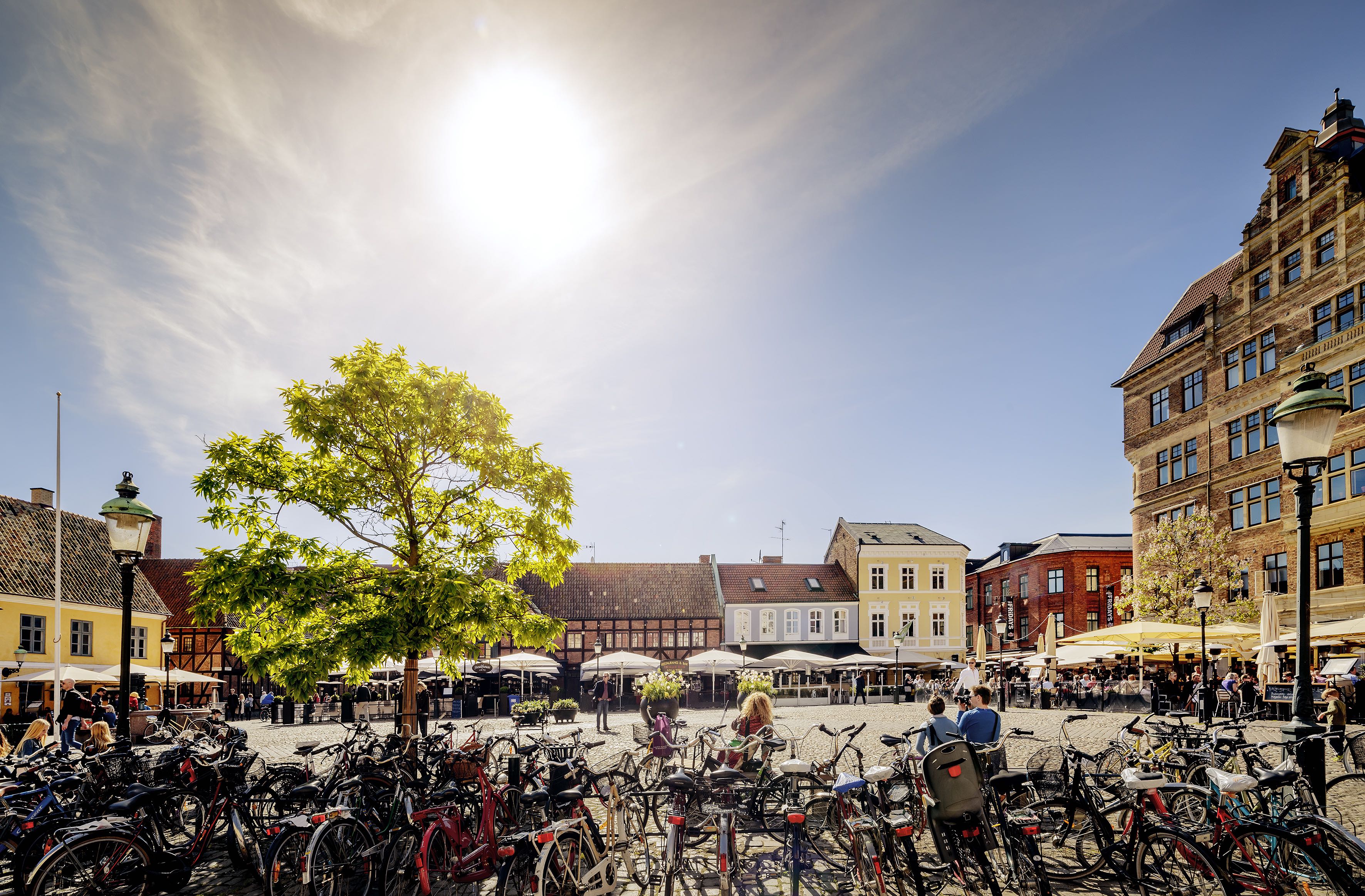 Malmö’s transformation into a skate mecca has been credited to its motivated skaters and a supportive city council. Their relationship is brokered by the city’s Skateboard Coordinator: a government employee and skater, paid to develop skateboarding activities and facilities.

At the VPSPS finals in the new Kroksbäck Skatepark, we meet the man who holds the best job in Malmö: Gustav Edén. He’s busily moving around the site, checking on preparations for the comp and barking into his walkie talkie. So, how has the creation of a Skateboard Coordinator changed the relationship between skaters and city authorities? “I am the city!” he laughs. “When we apply for a police permit to do a skate event, we apply to another department in the same organisation. The fact that we’re on the inside is what allows us to do all this.” 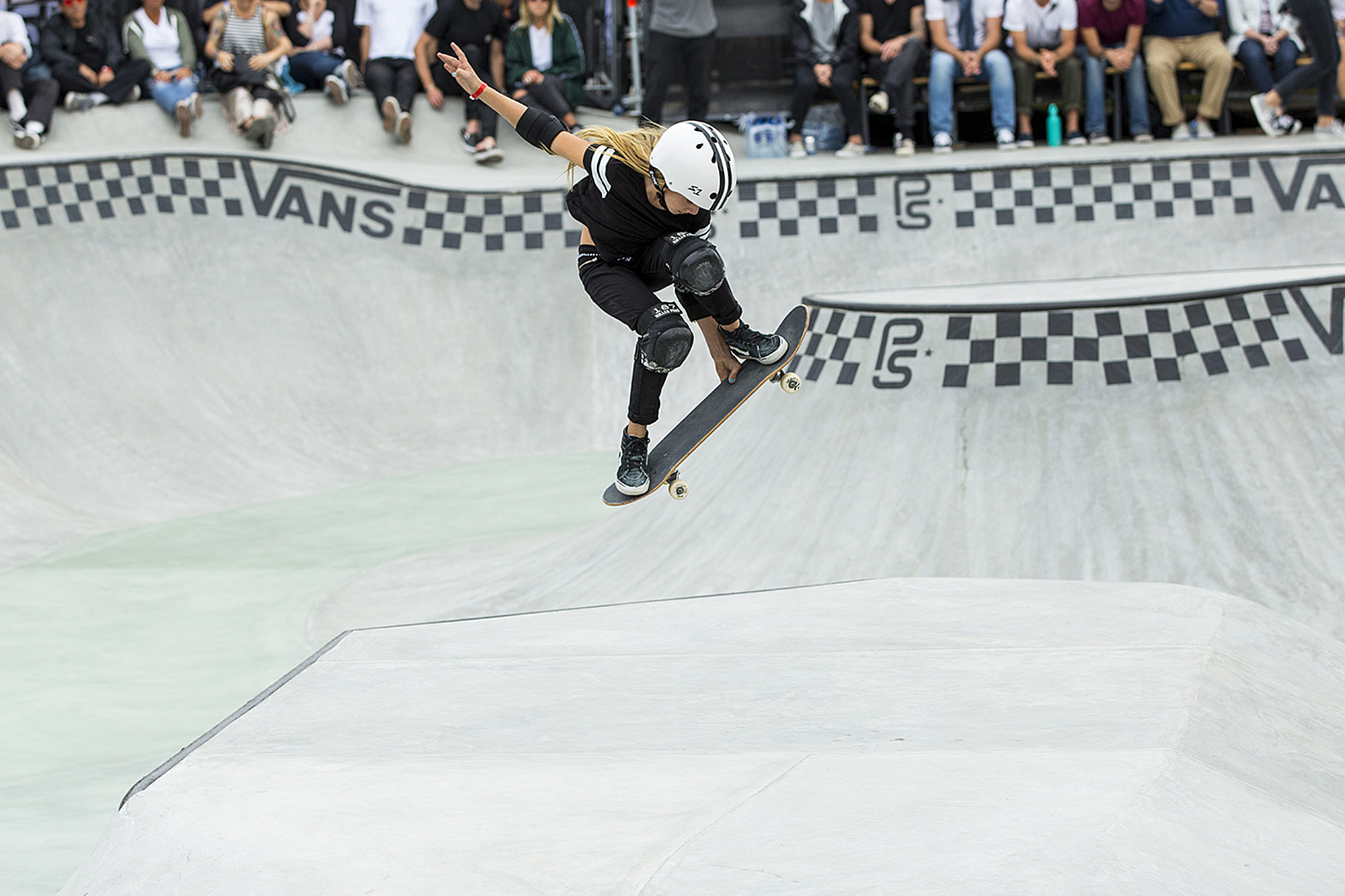 The latest jewel in Malmö’s skate crown, the Kroksbäck Skatepark, is a partnership between Vans, Bryggeriet and Dreamland Skateparks. The palatial concrete park features a series of bowls with a huge ski jump kicker in the middle and a ‘tombstone’ set back from the bank at its highest point.

While most pro-spec parks purpose-built for contests are temporary, this one will be opened to the public after the competition as part of Vans’ Legacy Project. “We pitched for a permanent park because we want to work long-term in Malmö and Vans were obviously psyched on that”, explains Bryggeriet’s Project Manager John Magnusson. “And, I’m actually really stoked on the location, because this whole area is developing and this park’s gonna bring people together here.” 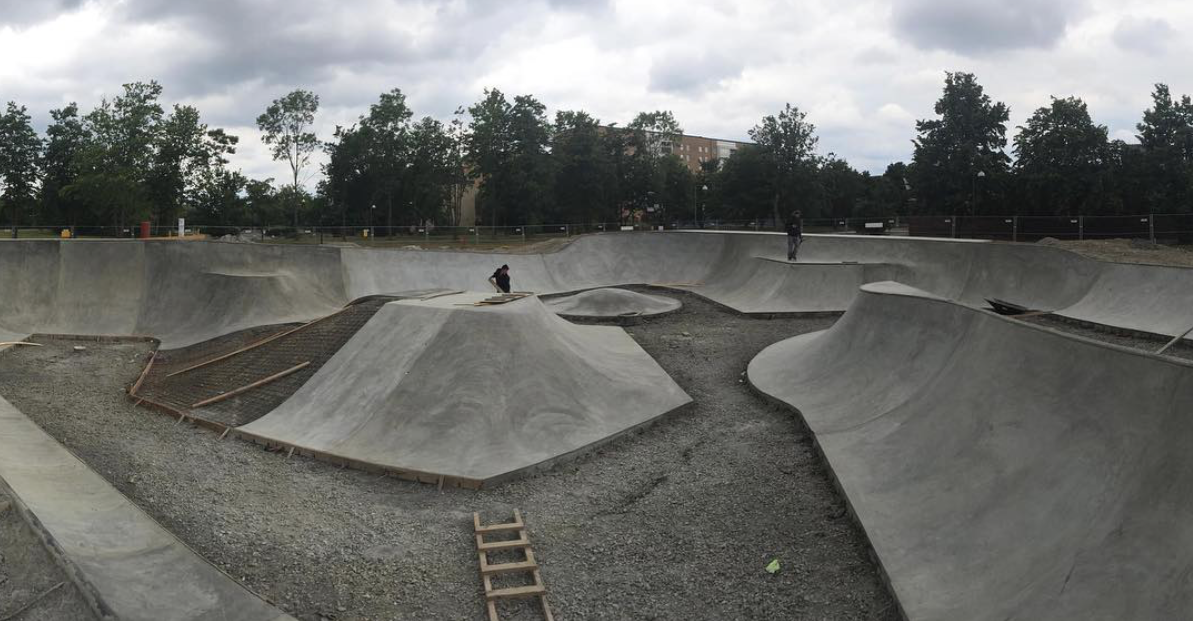 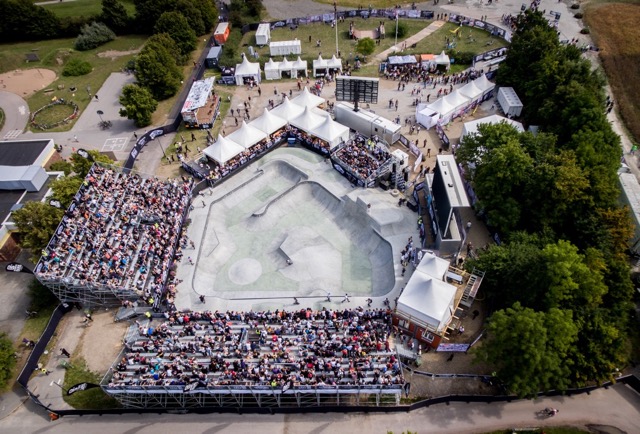 The skate park is situated a few kilometres south of the city centre in a district called Hyllie (pronounced Hillyeh). Formerly on Malmö’s outer fringes, it has undergone rapid regeneration in the last few years. It’s home to a bizarre blend of conference centres and shopping malls within spitting distance of the city’s low-income ‘project’ housing.

Gustav is well aware of the park’s potential to make a difference in an area with its share of social problems – Hyllie hit the news recently after a spate of car burnings. “What people refer to as ‘at-risk youth’ are often kids who shy away from traditional organised activities, so skateboarding is perfect,” he explains. “The park is always open and you can skate with a group or on your own, at any time, so you can engage with it on your own terms.”

“We’re creating an activity space here,” Gustav continues. “A place where people can meet through the subculture of skateboarding. I can’t see a better integration tool than that for the next generation.” He stops himself. “Wow, that sounds like politician speak!” he laughs, “but I really do believe that.” 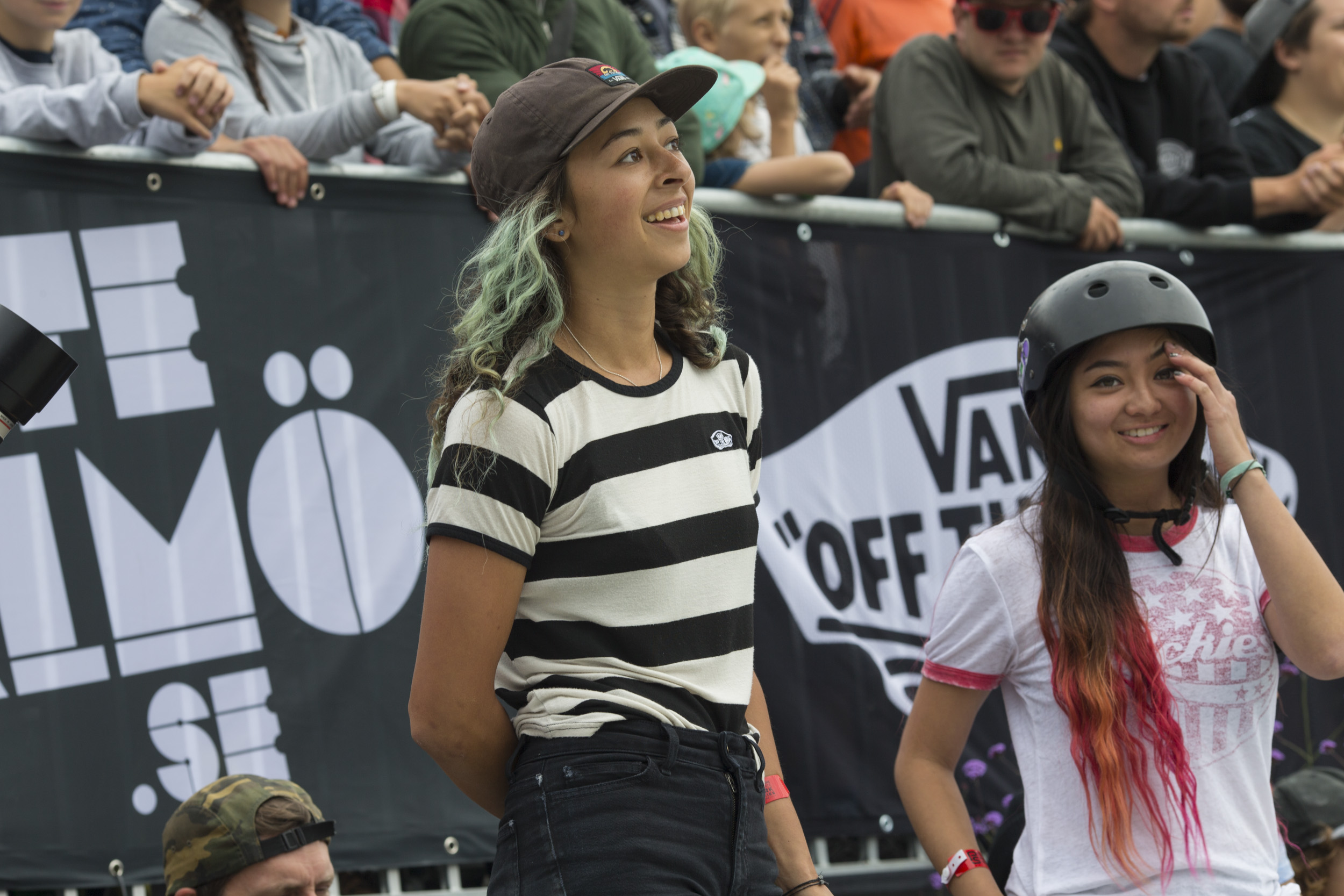 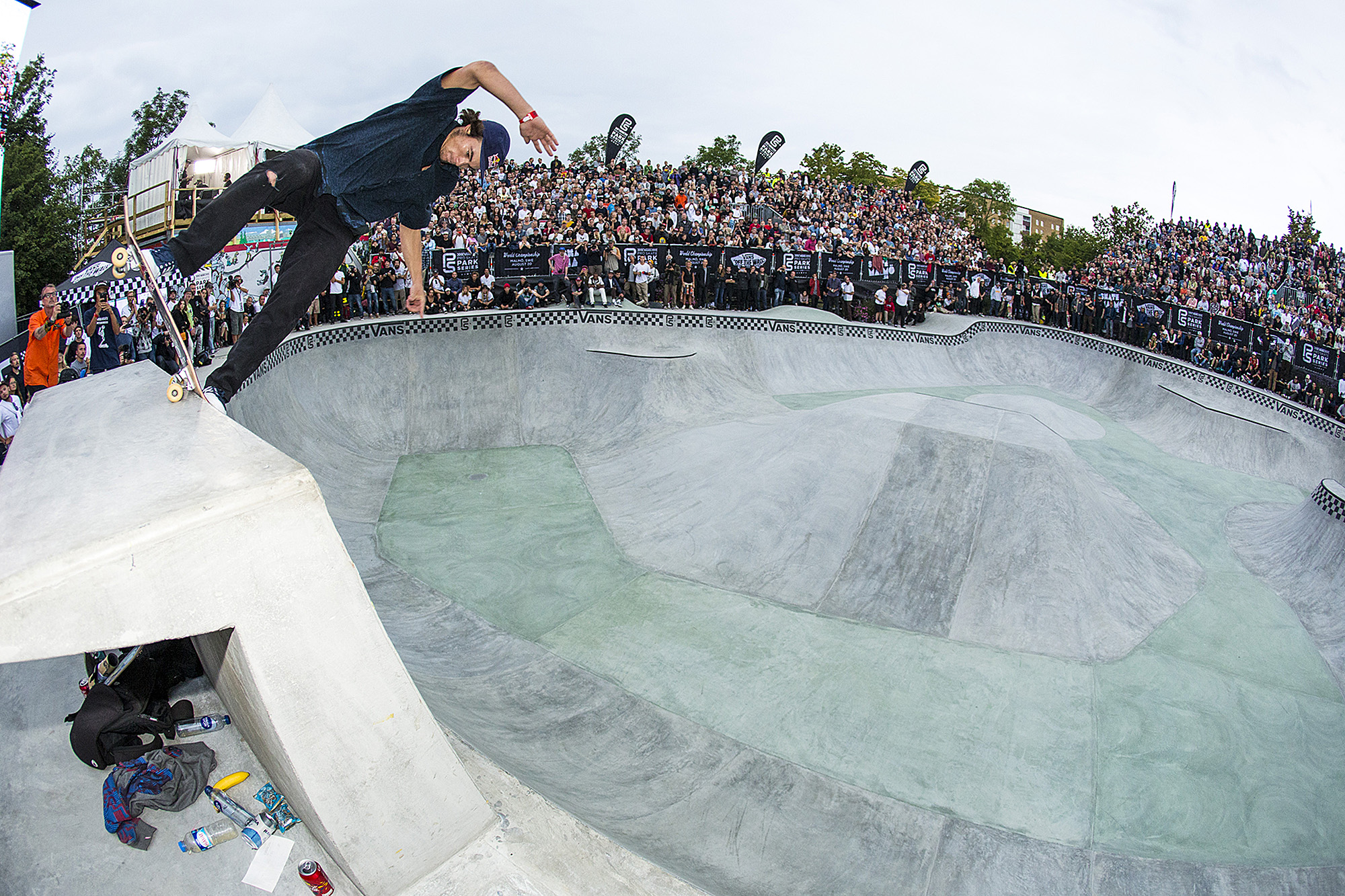 Before Kroksbäck throws open its doors to the next generation of the city’s groms, there’s a pro contest to attend to – and they don’t come much bigger than this. Qualifying for the inaugural edition of what Vans are calling the “definitive event in park terrain competition” began in Melbourne, Australia, and now, five months and four continents later, the first ever World Champions will be crowned here in Malmö.

“I think it’s really special that kids here get to see this event happen and watch the best skateboarders in the world go at it on their home turf – then they get to have the park forever,” says pro Lizzie Armanto, who took second place in the Huntington Beach qualifier.

On competition day, the stands are full and queues to get in snake round the block. Energy is high.

In the women’s final, the win goes to the youngest and smallest skater in the contest, twelve-year-old Brighton Zeuner, with a big 360 melon over the ski jump. In the men’s, Alex Sorgente, the eighteen-year-old from Lake Worth, Florida, goes straight in with a backside blunt to axle stall on the tombstone, followed by a kickflip indie into an ollie 540, to net himself the title of VPSPS World Champion 2016.

If the presence of global brand dollars and a cosy relationship with the bigwigs in City Hall raises the heckles – be assured, skateboarding’s rebellious spirit is alive and well in in Malmö. 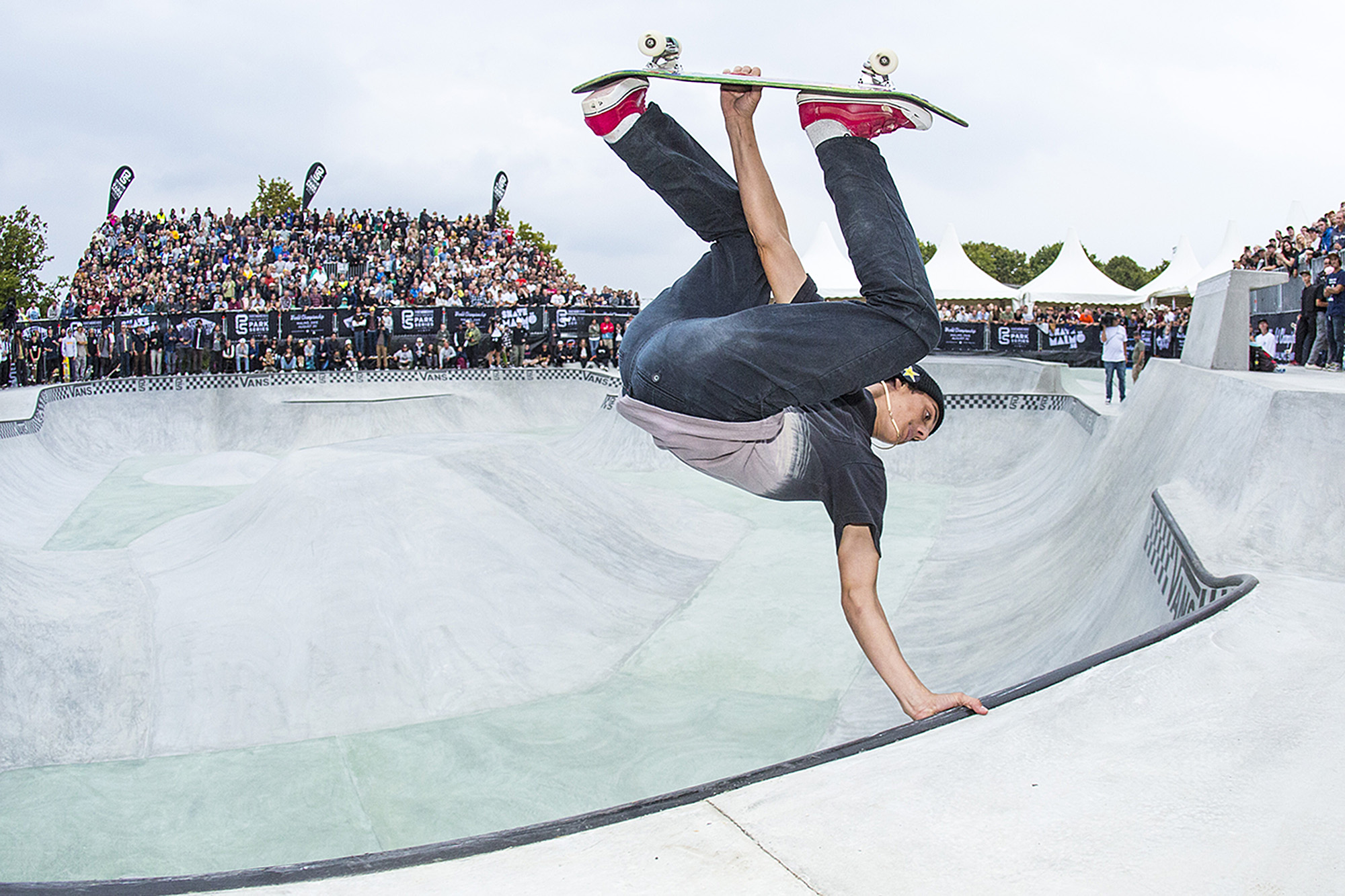 Alongside the Vans event, Skate Malmo (a skaters’ umbrella group) organise a series of side shows. A bunch of wooden DIY obstacles have popped up right in front of the central train station and local skaters are shredding. “When events get bigger, they have certain rules which they have to follow,” explains Linus James Nilsson, co-founder of Malmo Skateboards Underground. “So they need to behave in order to get more projects financed… and that’s good.”

He pauses for a second, having done the diplomatic bit. “But we like to break the rules.” With that, he gets into a pickup truck parked nearby and drives it into the middle of the spot, between the makeshift ramps. “100 Kronas for the best trick on the car!” he announces. Skaters line up to attack it – trying everything – nose blunts across the bonnet, kickflipping off it, even popping up onto the roof. The vehicle takes a battering, and the assembled crowd are delighted.

“We’re infiltrators – we behave until it’s time to do it,” Linus explains, grinning ear to ear, “then it’s anarchy.”

Reddit
RELATED ARTICLES
OTHER ARTICLES
With his new record 2020, the Newcastle songwriter is looking to the (close) future; a world of dead-end jobs, bigoted butchers and retractable extension leads.
In their emboldening new book Trans Power, the LGBTQ activist makes an urgent call for change, while offering a new perspective on ‘trans‘ identity.
A new exhibition celebrates the art, lives and love affair of the revolutionary artist couple.
This week, protestors have been taking a stand against inequality, corruption and soaring living costs. We join them on the streets as they fight for a fairer future.
In the early hours of this morning, activists disrupted targets – including the Home Office and coach company W&H Tours – allegedly associated with deportation.
The French surfer and musician talks about her latest role as jury president for this year’s London Surf Film Festival.