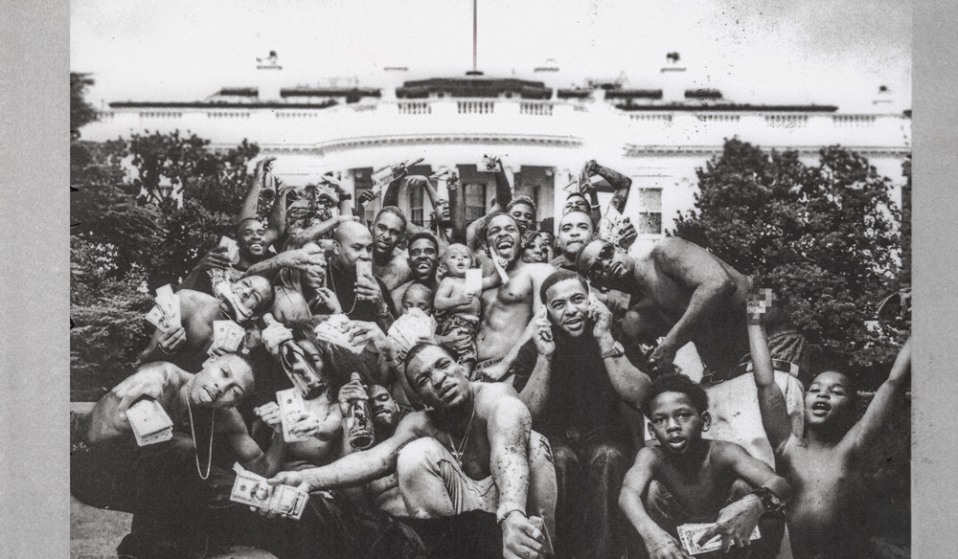 You might not know his name, but you'll know his work. Vlad Sepetov is the young visual artist designing some of the most notorious album covers in music.

You might not know his name, but you'll know his work. Vlad Sepetov is the young visual artist designing some of the most notorious album covers in music.

Album art creates a portal through which we can experience a musician’s art and message in a completely different medium. These works add depth to the sounds that permeate through our ears, the music that leaves a lasting impression forever linked to these powerful aesthetics.

Whether it was shifting through your parents’ 12-inches or buying your first CD and poring over the inlay on long car trips, we all have a fond memory of an album where the visuals helped turn a collection of songs into a fully realised world.

Everyone remembers their favourite album differently: the memories of who you were with, what you were doing and what was important to you back then. 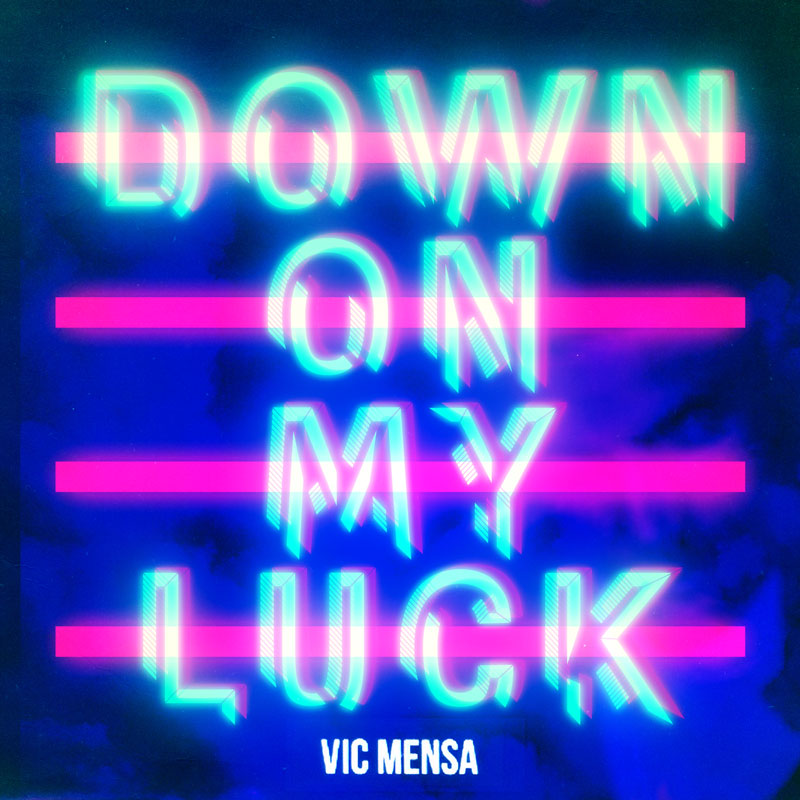 Now a new project is letting some the most prolific visual artists in the industry recreate their most treasured album covers, past and present. The Fantasy 12 exhibition poses the same question to 17 visual artists: “If you could re-imagine the album cover for any iconic record (past or present), what would it look like?”. One of those involved in Vlad Sepetov. 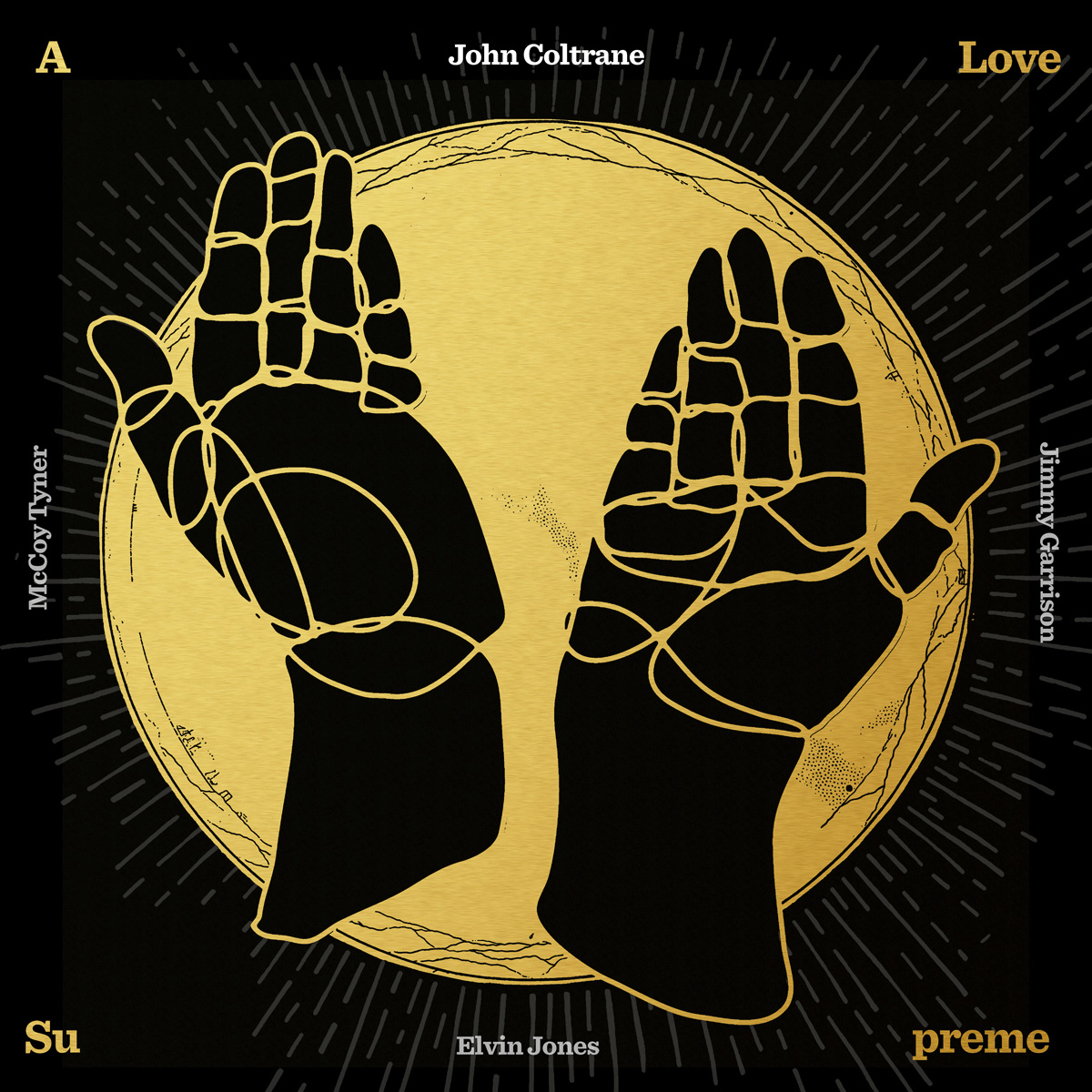 You may not know his name, but you’ll almost certainly know his work: Kendrick Lamar’s To Pimp A Butterfly, ScHoolboy Q’s Oxymoron and Blank Face LP, Jay Rock’s 90059 and Ab-Soul’s These Days are all his designs.

Ahead of an appearance in Dublin as part of Fantasy-12, he spoke to us about the art of making an iconic sleeve.

What album cover are you re-designing for the Fantasy 12 project?
I am redesigning Mac Dre’s seminal album Ronald Dregan – Dreganomics. To me it’s a Bay Area classic and of Mac Dre’s best albums. Mac Dre is pretty important to me, growing up in the Bay Area. He is an underrated rap icon. 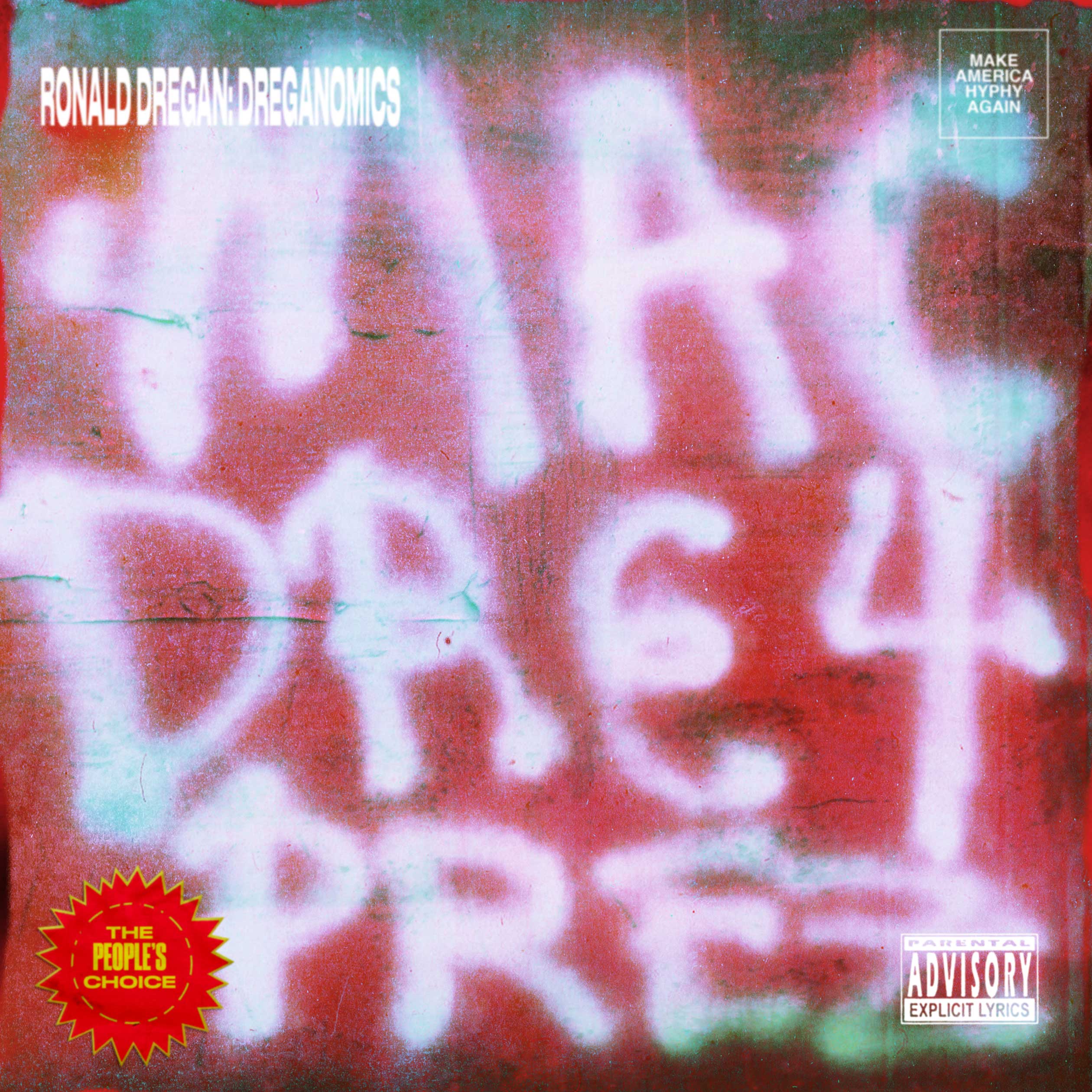 What was the process with Kendrick Lamar’s To Pimp A Butterfly?
Sometimes it starts with just a concept; the butterfly album with Kendrick was just a message that Kendrick’s manager sent me via text at like 11pm at night.

I had to make something that night using next to nothing; I had to just mock it up really fast. Sometimes that’s how it is: I am just given a bunch of photos and I have to turn them into something totally new. Each time it varies greatly. 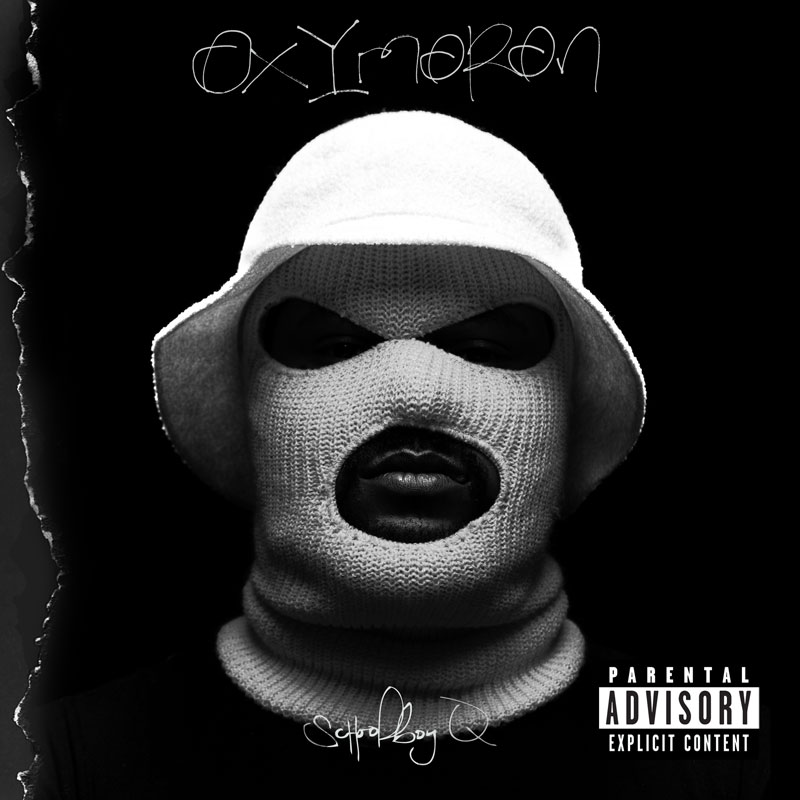 You work with both photography and graphic design, which is your first love?
It was definitely graphic design first. I went on tour with J. Cole last year but that was a real last-minute thing I sort of just hopped on. I didn’t know photography super well; I was using the disposable camera stuff but it was not really professional tour photography. After a month and a half of touring finished, I felt like I actually have to use a camera now.

What is one of the hardest projects you worked on?
I worked on a piece with Shy Girls, which will be coming out in a few months and that is one I am really proud of. It took weeks upon weeks of location scouting. Initially we wanted to get a giant ice cube out into the Joshua Desert and take photos of it while it melts. There is a lot of workshopping that goes on behind the scenes, which I think the audience don’t really know about. 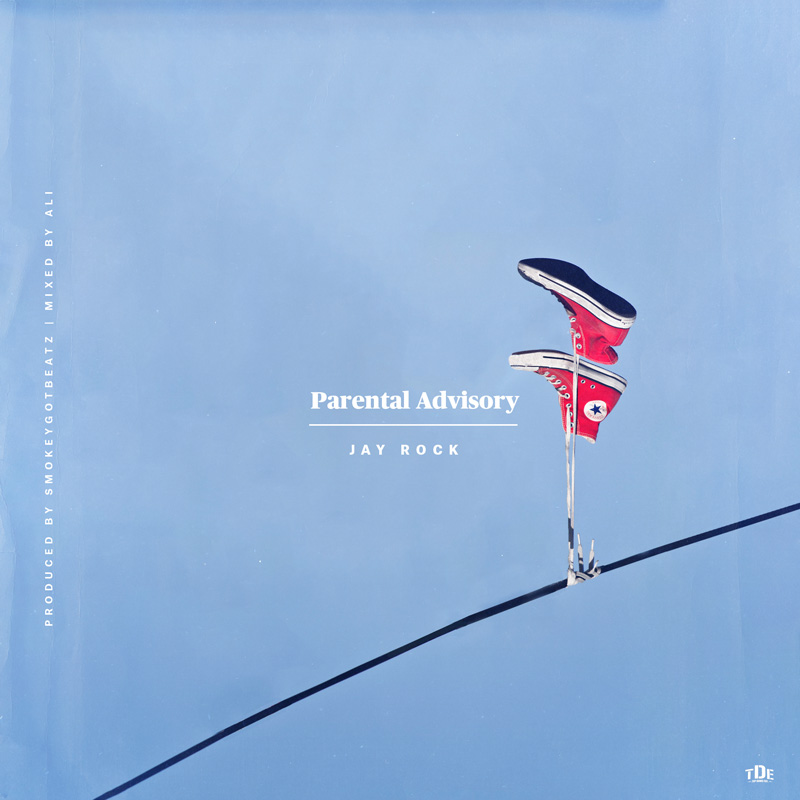 Do you try and match the music to the artwork?
A lot of ScHoolboy Q’s music is gritty and menacing, so that is definitely something you want to come through in the artwork. I do make a point to listen to the music beforehand but each artist’s vision and what they are doing sonically is different every time. It is a case by case thing.

Did you have a conversation with Kendrick after he had seen what you had designed?
For an album like that, following on from Good Kid M.A.A.D City, the stakes for me at least were pretty high because I was still in college at the time. I felt a pretty heavy weight on my shoulders to reach certain expectations.

I mocked up tons of versions of that cover and physical templates of the CD packaging. He [Kendrick] was there to help guide the project in general but also with text choices and colours. I showed him a lot of stuff and he definitely helped to guide the conversation. 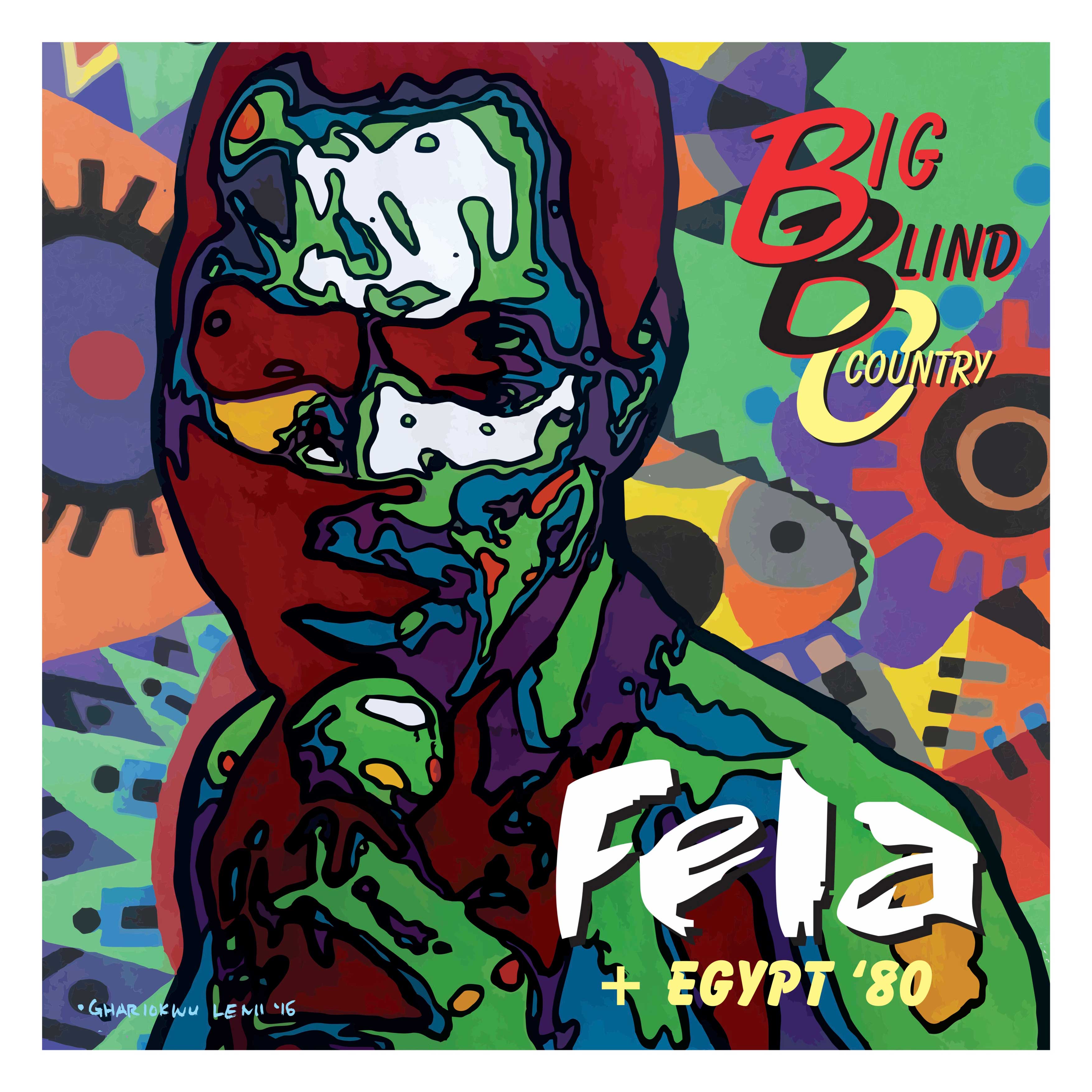 What is your favourite album artwork?
Thats hard. I think my favourite album art period is Bitches Brew by Miles Davis. I think that cover is really quite astounding. It definitely speaks for a certain time in Miles Davis’ career where he was pursuing more experimental styles. I think it’s also very indicative of the styles of that time period too. I wanted to do it (Bitches Brew) for the Fantasy 12 project but it is just a) so bat shit crazy and b) so iconic that I didn’t really want to touch it. It is just very, very cool.

Fantasy 12 opens 13 October 2016 at The Copper House in Dublin, extending to a week of live music, DJs, talks, screenings and record fairs.

Linkedin
RELATED ARTICLES
OTHER ARTICLES
Over the weekend, London locals came together to resist a pre-planned police raid targeting delivery drivers.
Following the release of his newly republished 1991 book, Redheads, the American photographer reflects on his celebration of ginger people and their magnetic power.
The government’s failure to take long Covid seriously has led to the formation of a group campaigning for the thousands of forgotten victims of the illness.
The situation in Afghanistan remains dire, with many groups facing persecution at the hands of the Taliban.
The revered showbiz chronicler recalls his journalistic beginnings, documenting subcultural scraps in the ’80s.
In the last of our dispatches from OFFF Barcelona, Rufus Deuchler and Vincent Gault discuss the future of creative process.