News & Politics / Activism / We all love drag queens – but what about drag kings? 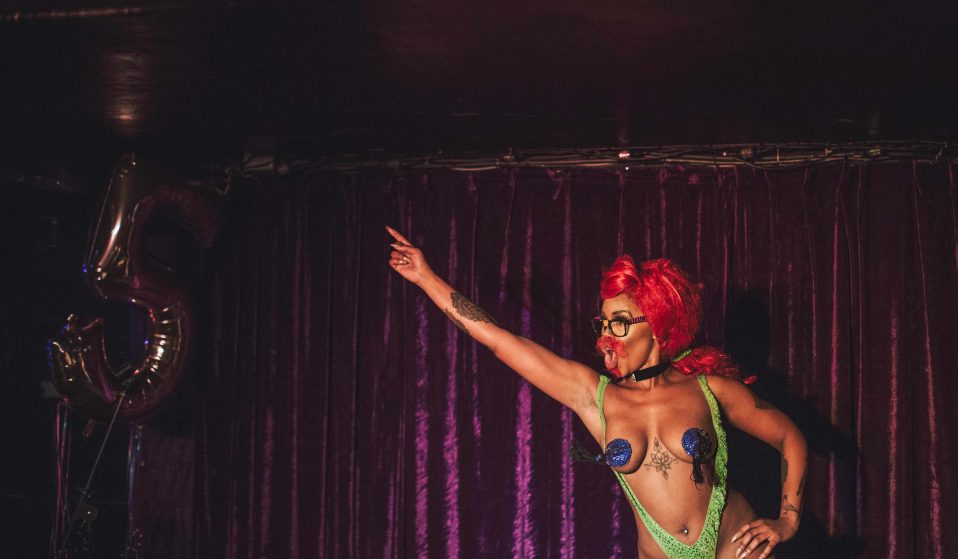 We head to the fifth anniversary of cult drag night Boi Box to hear more about the forgotten world of drag kings, and why they deserve the same acclaim as their onstage sisters.

We head to the fifth anniversary of cult drag night Boi Box to hear more about the forgotten world of drag kings, and why they deserve the same acclaim as their onstage sisters.

“Drag”: a word which conjures up a world of lipstick, lip-syncing and not-so-ladylike behaviour. However, while the movement is typically associated with extreme femininity, there’s a wealth of drag kings out there who are actively reimagining what masculinity can be.

Much like their queen counterparts, aesthetics are only one aspect of a king’s routine. With a playful disregard for convention, they poke fun at established gender roles and keep the audience entertained with a repertoire of dance, comedy, and music.

This, at least, is what Boi Box offers up to both performers and audiences. The cult drag night – which celebrated its fifth anniversary last month at London queer pub The Glory – is the love child of drag king Adam All and his partner (both on and off stage) Apple Derrieres.

Since its inception half a decade ago, Boi Box has grown exponentially. From its early beginnings as “a box of clothes in a Soho basement,” it has managed to become a hub of masculine mischief for the capital’s LGBTQIA community. The night’s ever-growing roster of talent reflects the scene’s rapid development. As Adam, who has been performing in drag for 10 years puts it; “Over the last decade, the drag king community has spread across the UK. Increasing from a handful of performers to well over a hundred kings, it truly feels like just the beginning of a wave of change. I can see the beginnings of a revolution for queer voices and it’s very exciting.” 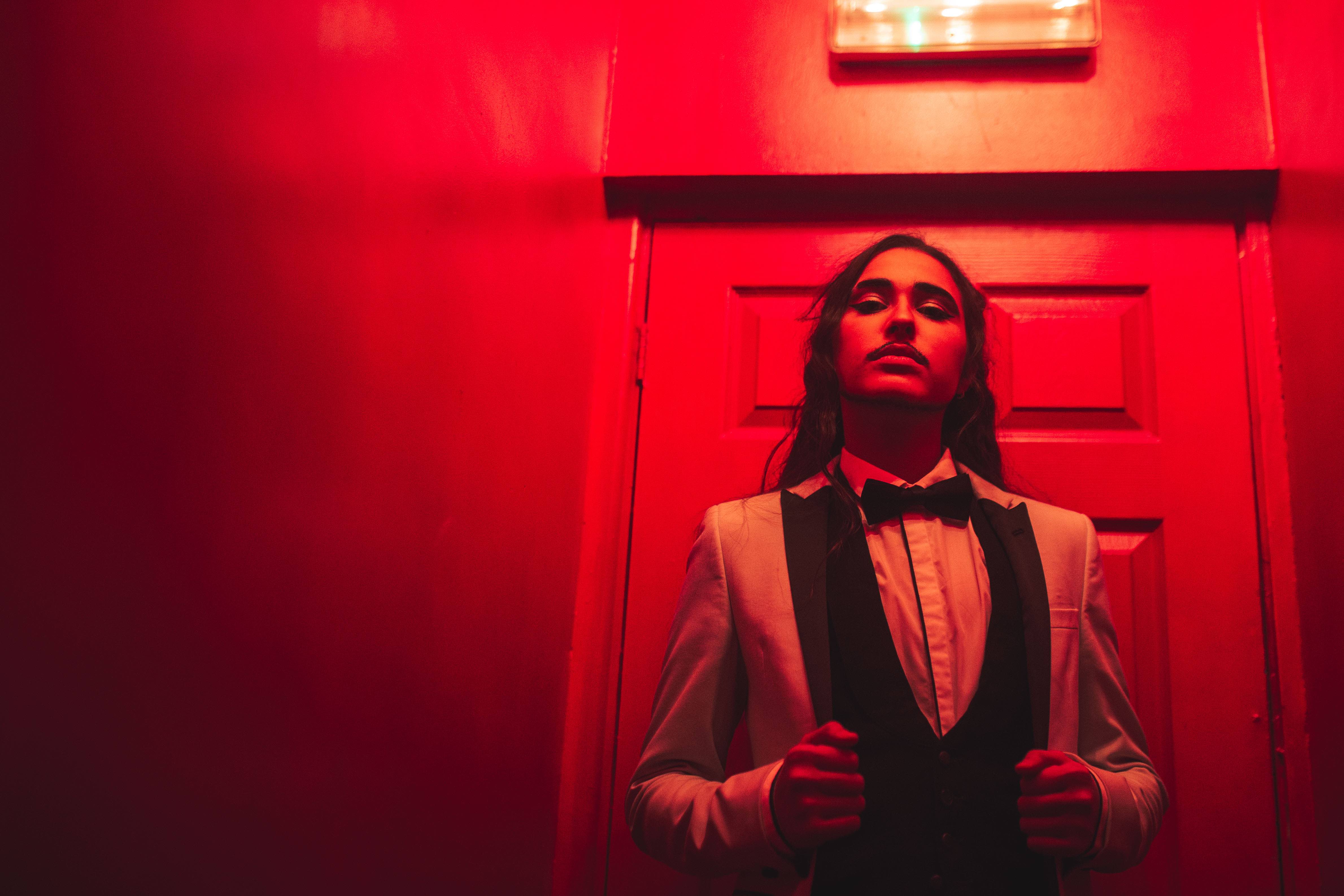 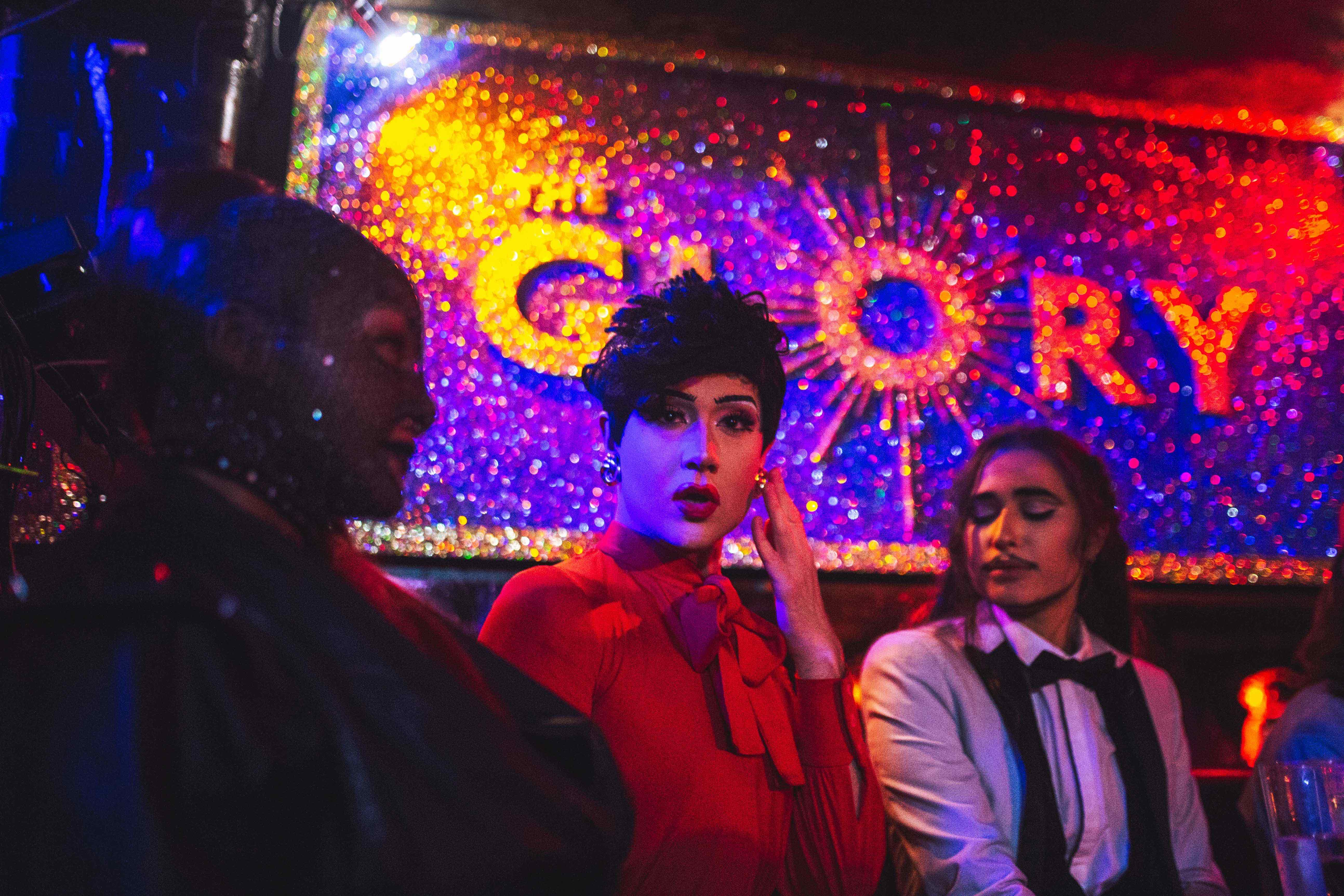 While you’re likely to have caught an episode or two of Drag Race, the components of a drag king performance might be something of an enigma. So what is the difference?

“Drag kings bring all sorts of different elements to their performances – from live singing and lip syncing to acrobatics and magic,” explains Adam. “Costuming and makeup – particularly facial hair – also plays a big role in the way a King is received and perceived by the audience. I think beneath the various branches and varieties of drag king performance, the common thread is empowerment and freedom of expression.”

Freedom of expression and empowerment are essential elements for high-femme burlesque act Jada Love, who also performs in a baseball shirt and cap as drag king JeRome. Jada explains that, even though her two personas couldn’t seem further apart, they’re a lot more similar than they first appear.

“I’ve been doing burlesque for about eight years and I just got into doing drag over the last year,” she explains. “I like to be able to come on stage and be ultra femme as Jada Love, and switch it to be very masculine as JeRome. I like to be cheeky and have a bit of comedy, but some of my acts are ultra sexy and dark – it depends on how I feel. Personality-wise, JeRome’s a cheeky chappy, whereas Jada likes to get a reaction. They’re different but they’re the same; they love the attention and live for the applause.” 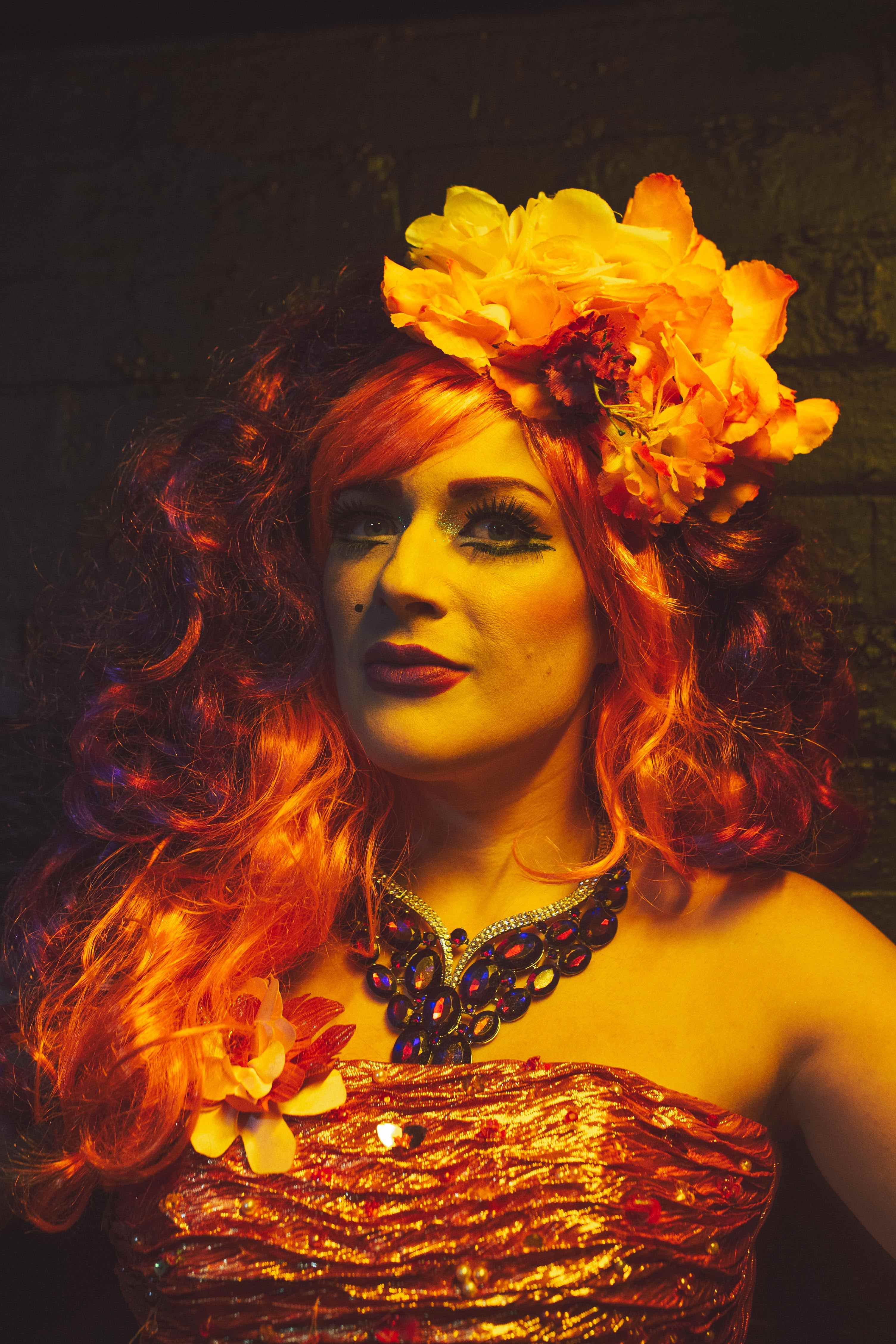 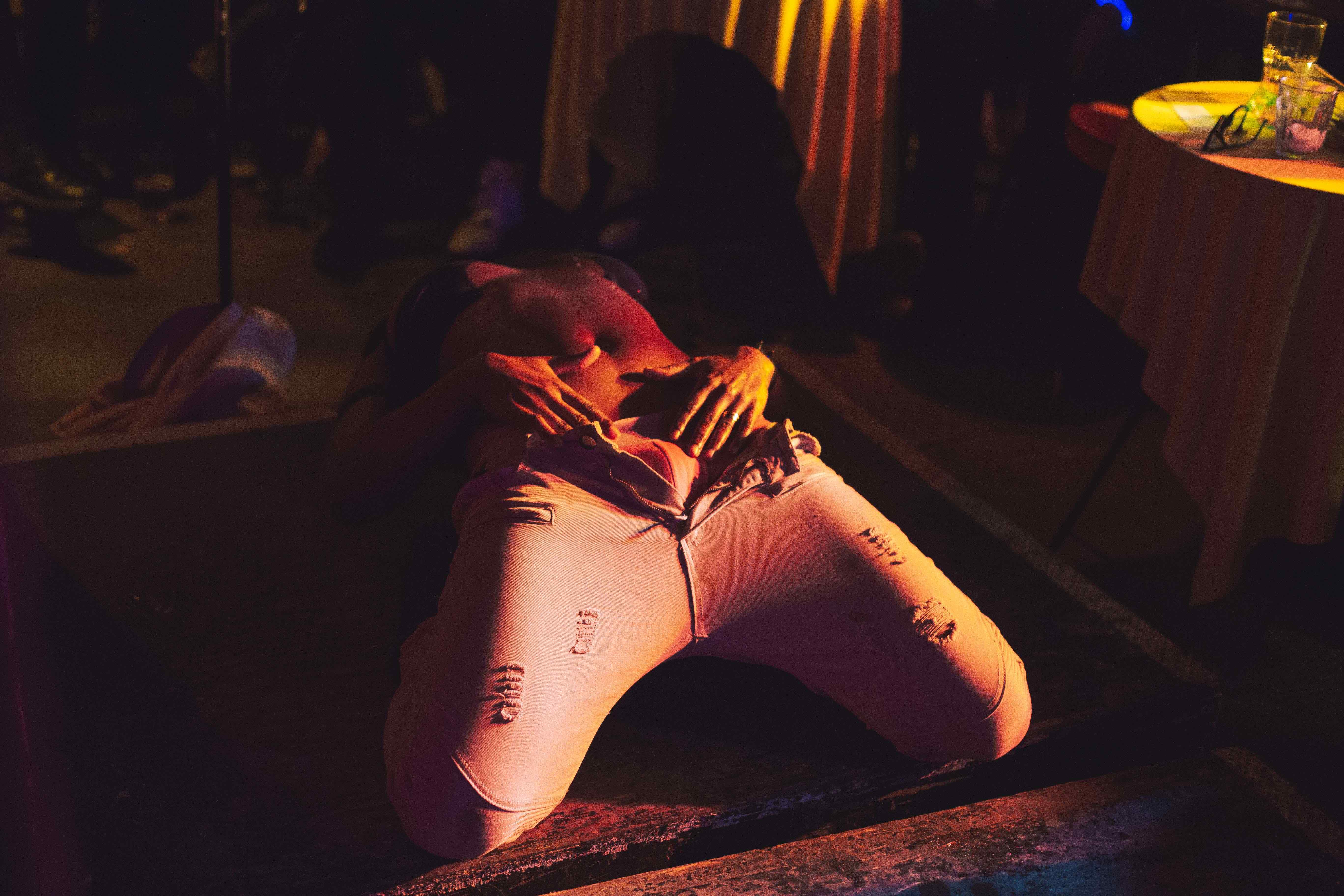 As with cabaret, when it comes to drag anything goes. Performances really can take any shape or form – take the example of Christian Adore and Eaton Messe’s Dragprov Revue. The double act sees king Christian team up with queen Eaton in an improvised comedy act which, more often than not, can get a little political. As Christian attests, gender play might be a lot of fun, but it’s always inherently subversive: “I love drag because it’s an opportunity to explore masculinities which you don’t normally come into contact with, or unpick what masculinities can mean and how that maybe doesn’t gel with who we are as human beings. It can show how gender can be trappings for all people; men, women and non-binary people.”

While drag can demonstrate and ridicule the restrictive nature of gender roles, it can also be a way for trans and non-binary people to celebrate their true gender identities in a space free from judgement and restriction.

This is the case for Romeo De La Cruz, a king whose scintillating drag sets have been tearing up the UK scene for the past six years. Out of costume, Romeo would identify as trans non-binary, and drag has been a powerful tool for self-acceptance: “Drag is a great way, especially for me as a trans-non-binary person, to experience the person you want to be in the future. It was a stepping stone for me to get to where I am today. Drag is a way to bring yourself more self-knowledge.” 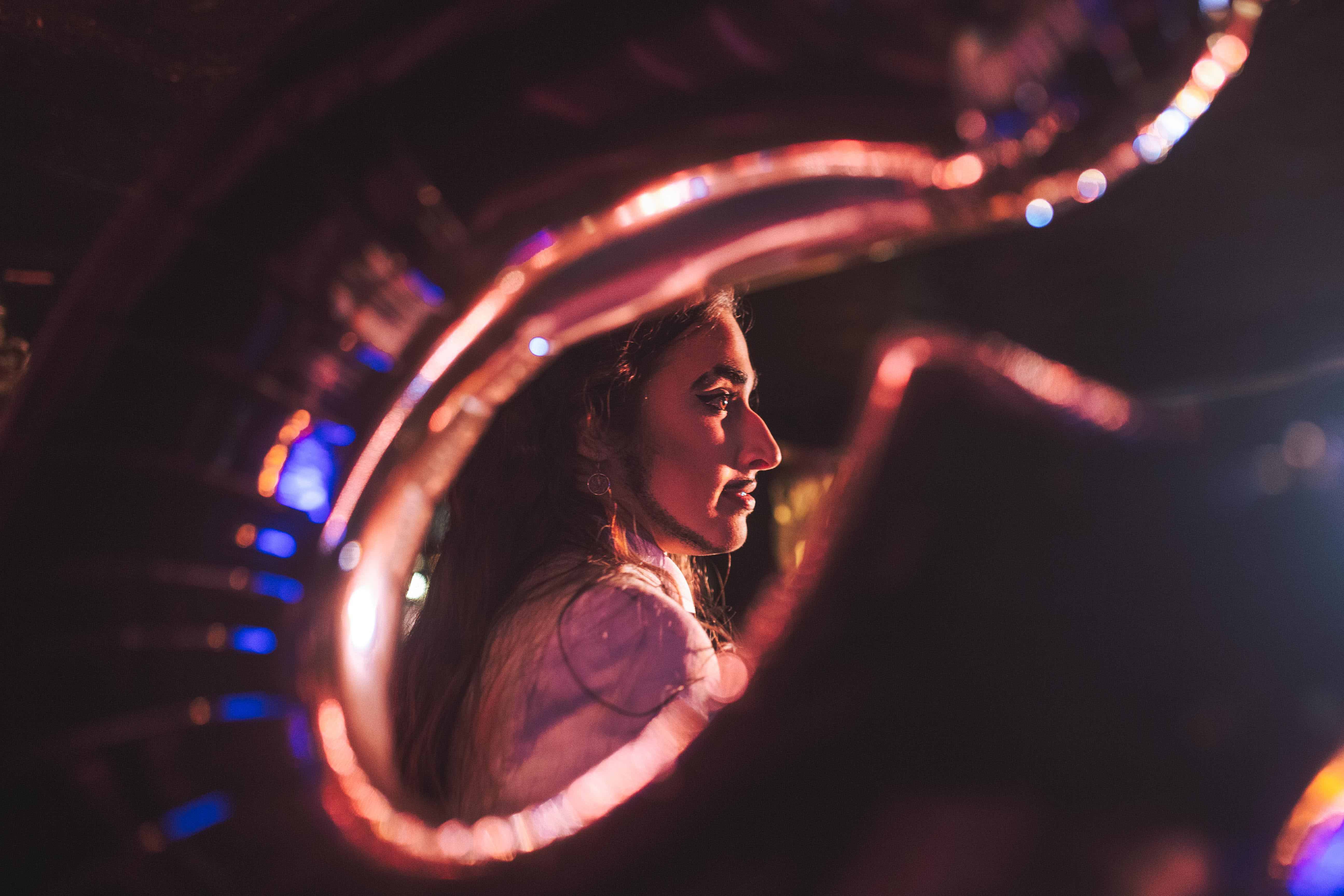 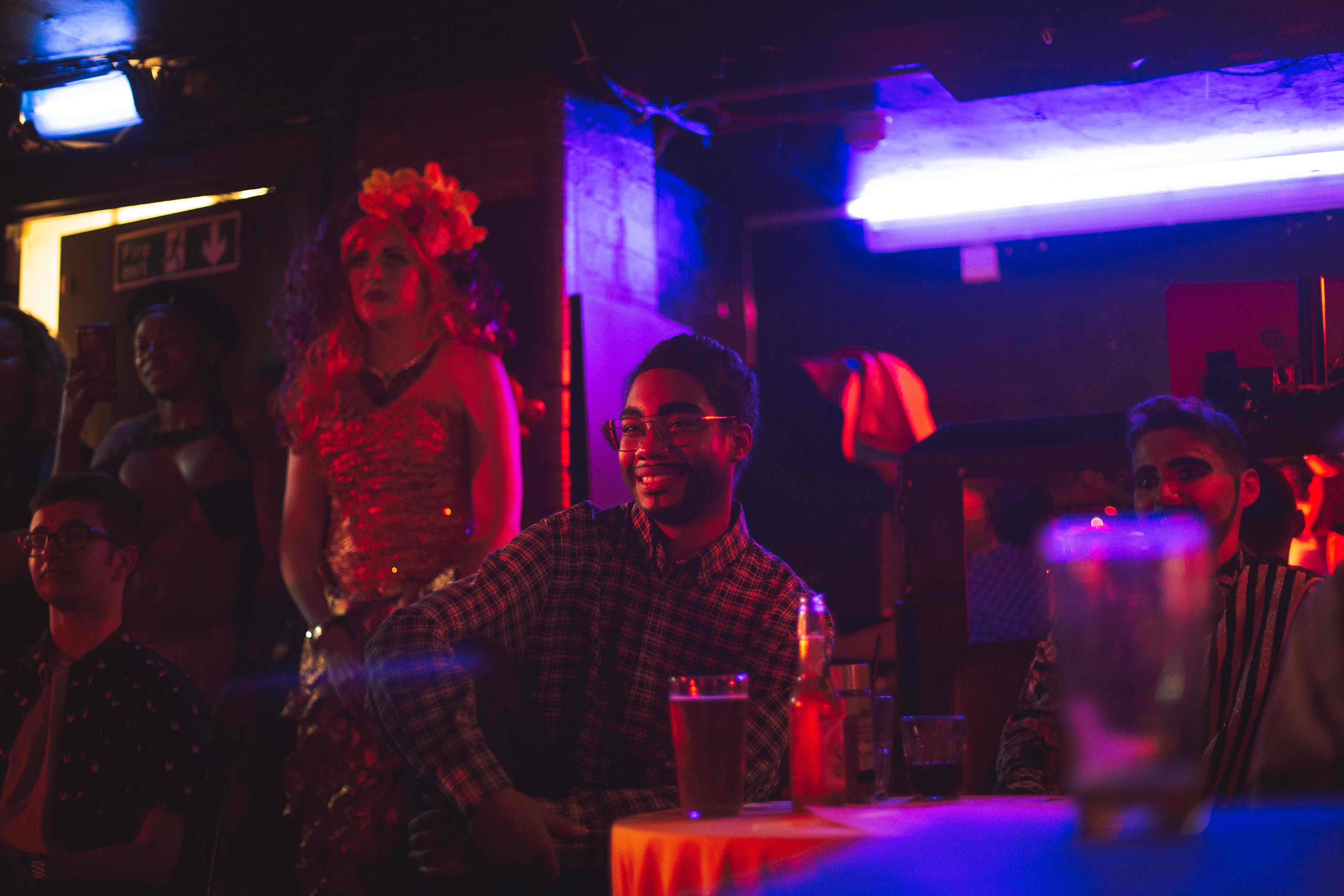 Drag king Sammy Silver uses his stage time and comedic song lyrics to explore male identity from the perspective of an AFAB (assigned female at birth) man. “Masculine AFAB are just shamed and told they’re ugly,” he says. “Their masculinity is not something that’s celebrated. Drag kinging was my way into celebrating and showcasing my natural masculinity and it’s made me love me a lot more.”

While performers like Romeo and Sammy are prime examples of drag king’s importance within queer spaces, will kings ever attract the now-mainstream appeal enjoyed by drag queens? “I want with all my heart to see kings heralded as equal to queens but I do feel there is still a long way to go before we reach that point,” says Adam.

“The elements and skills associated with king performance are in some ways completely different to that of queens, we are fighting a different fight with different words and we are speaking from a different platform to a different audience – so naturally the two can’t really be compared. But there are huge similarities in terms of strength, self-ownership, respect and defiance, which are at the base of drag of all kinds. I hope that more people come to understand that. From my perspective, it’s definitely happening.” 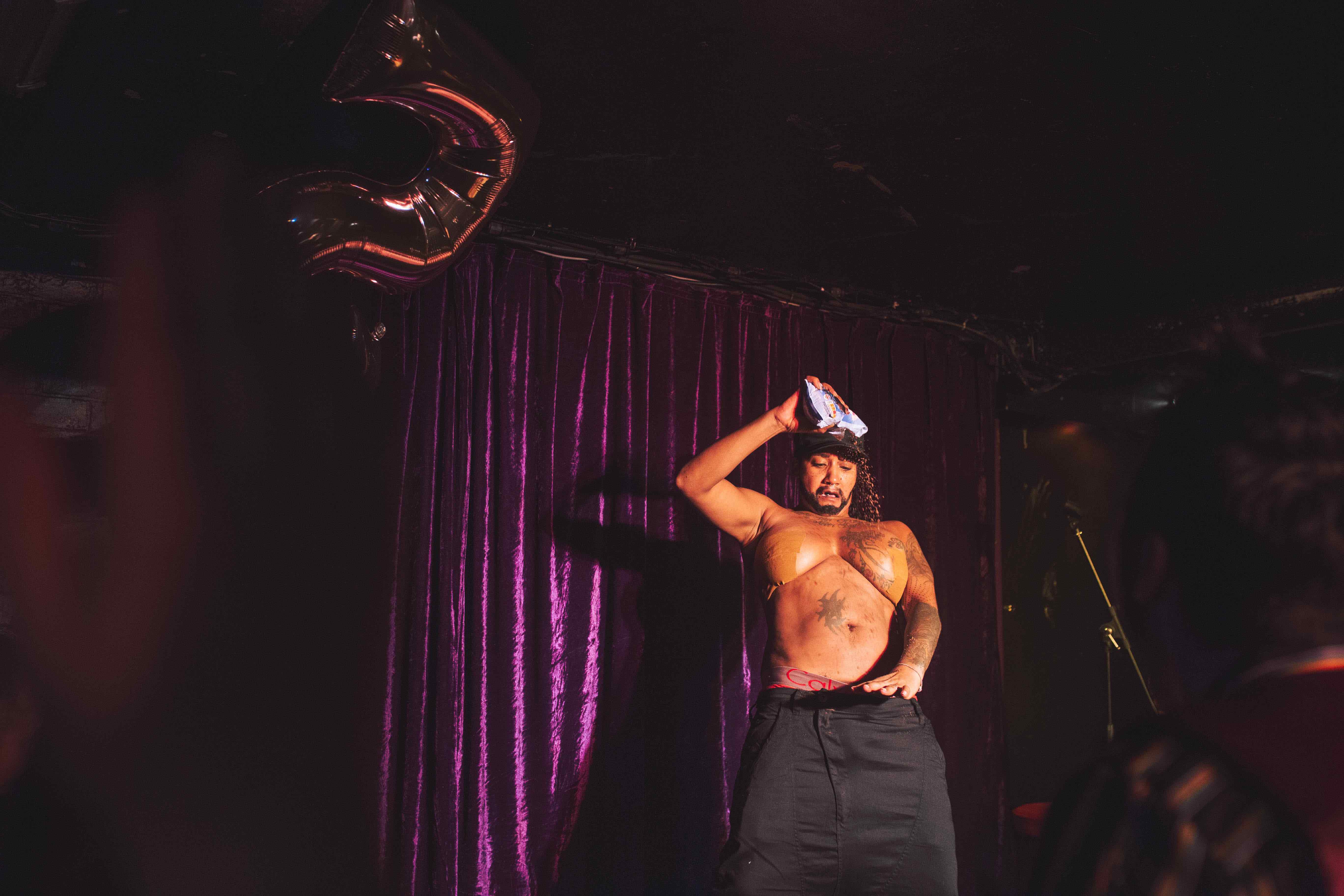 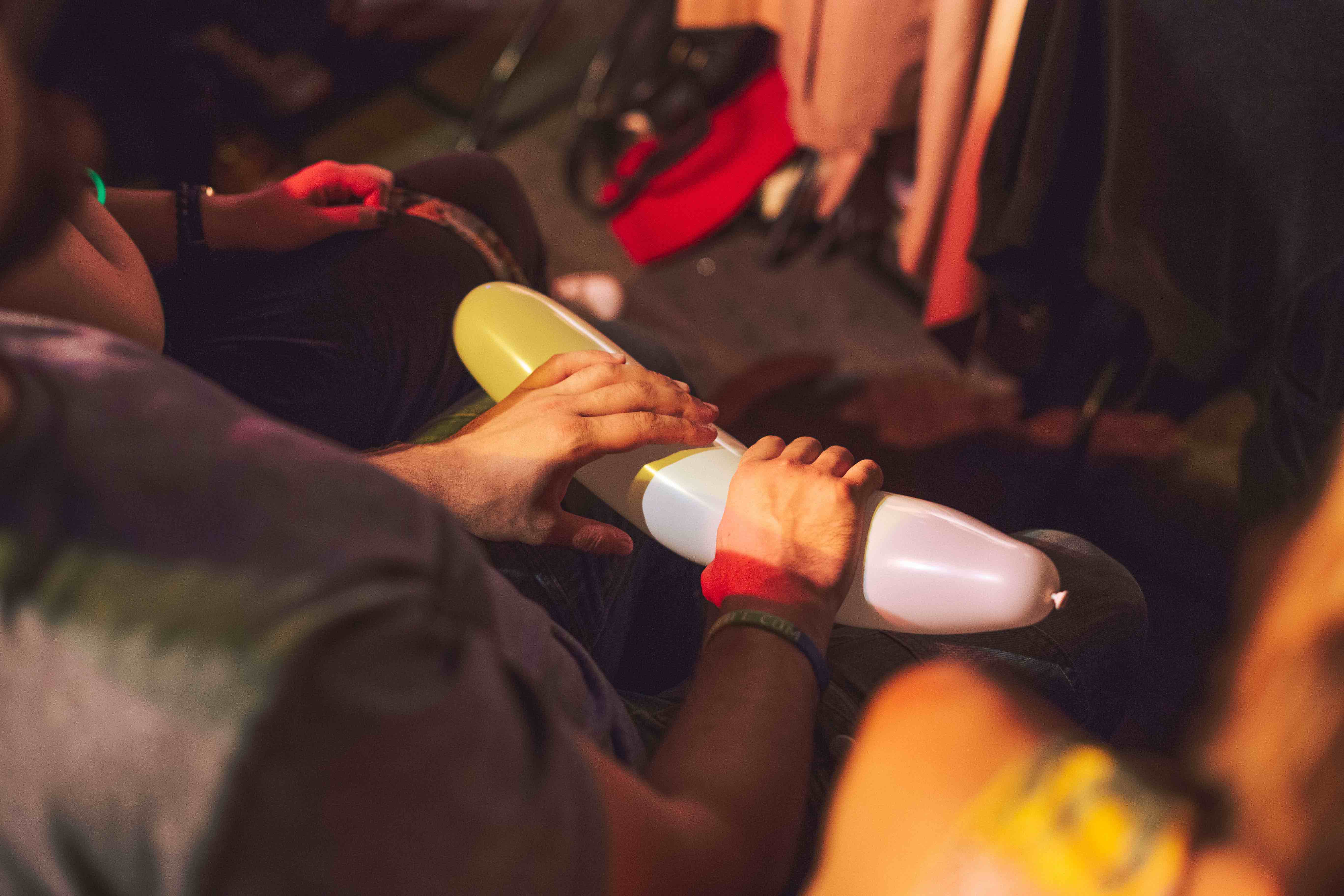 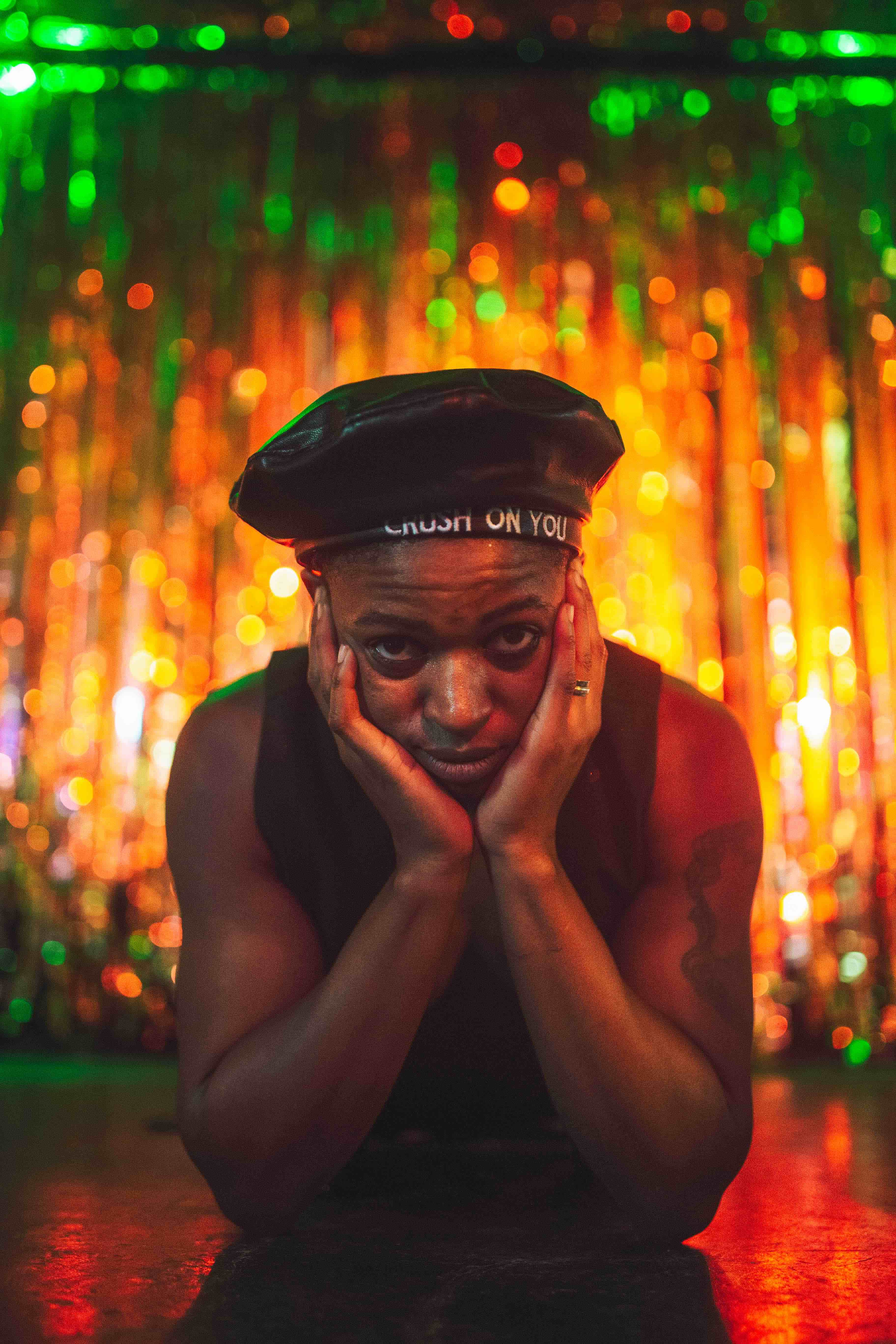 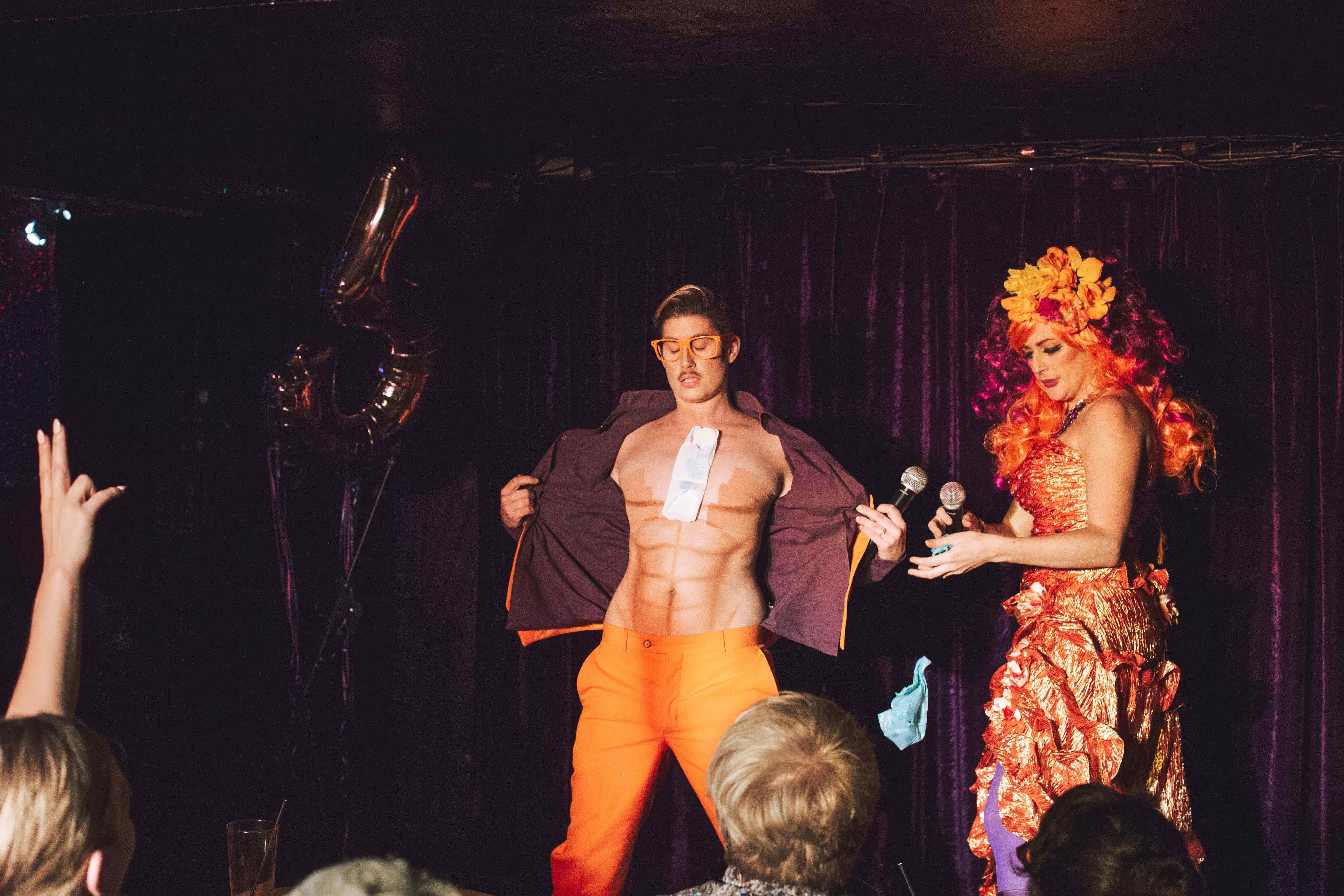 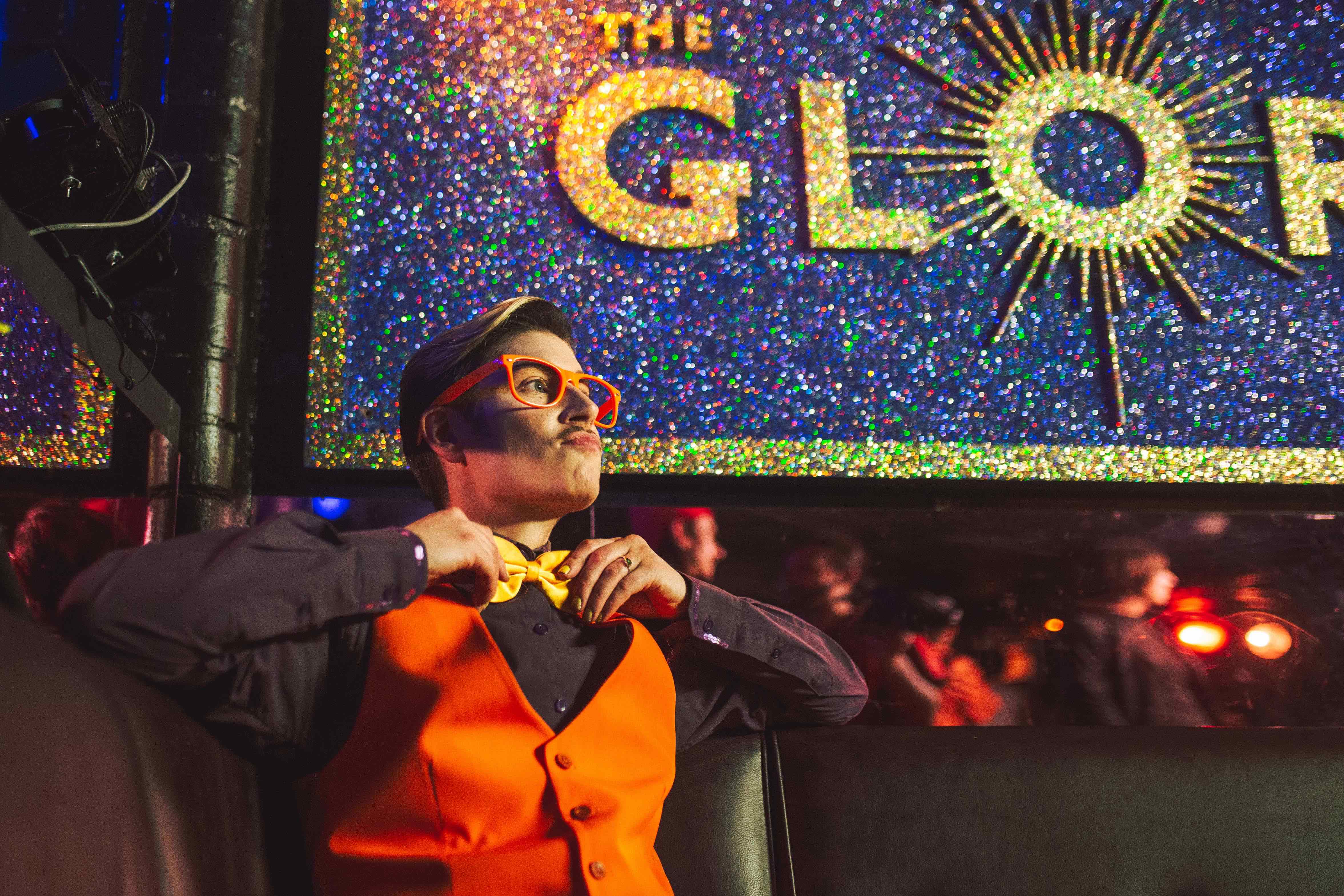 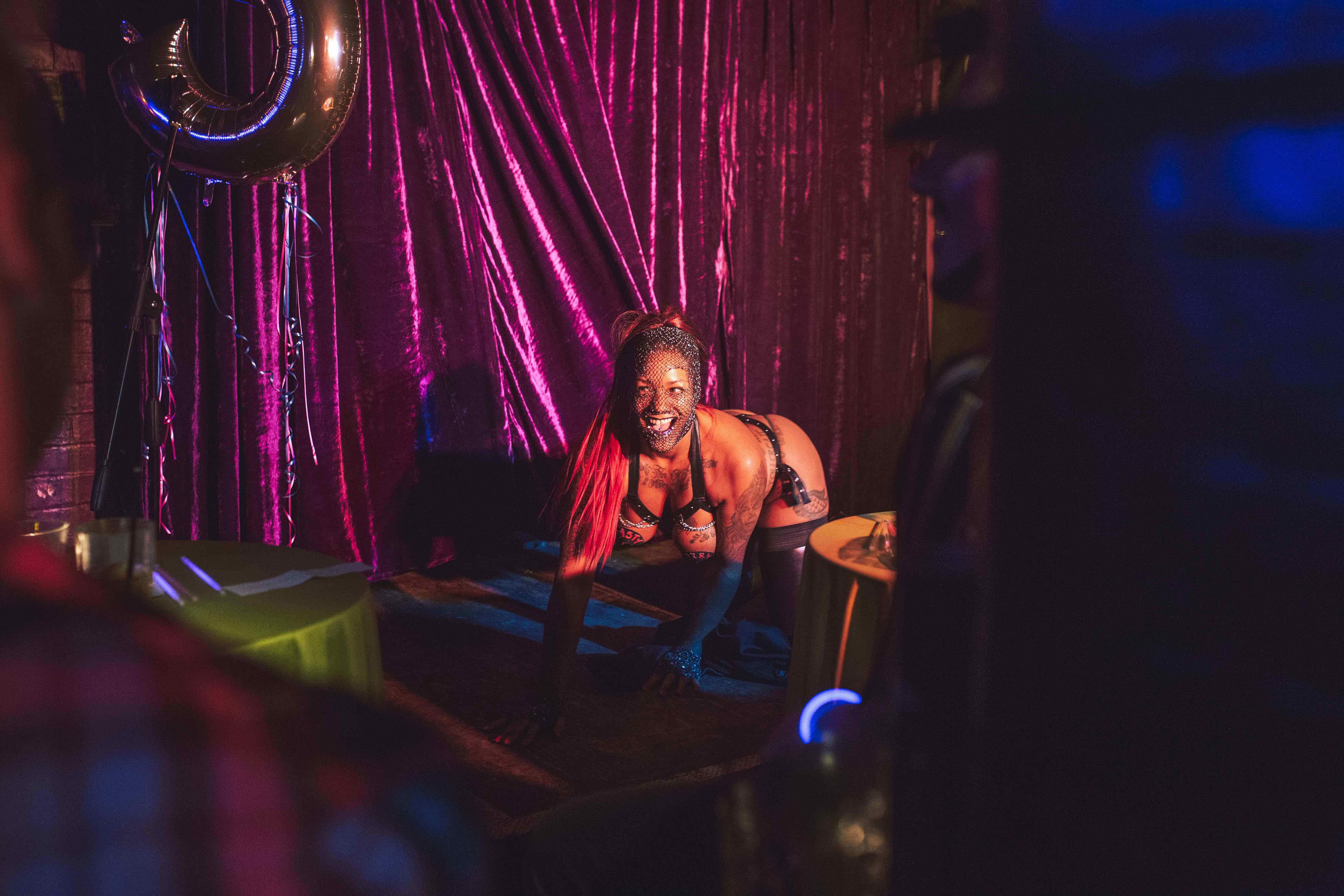 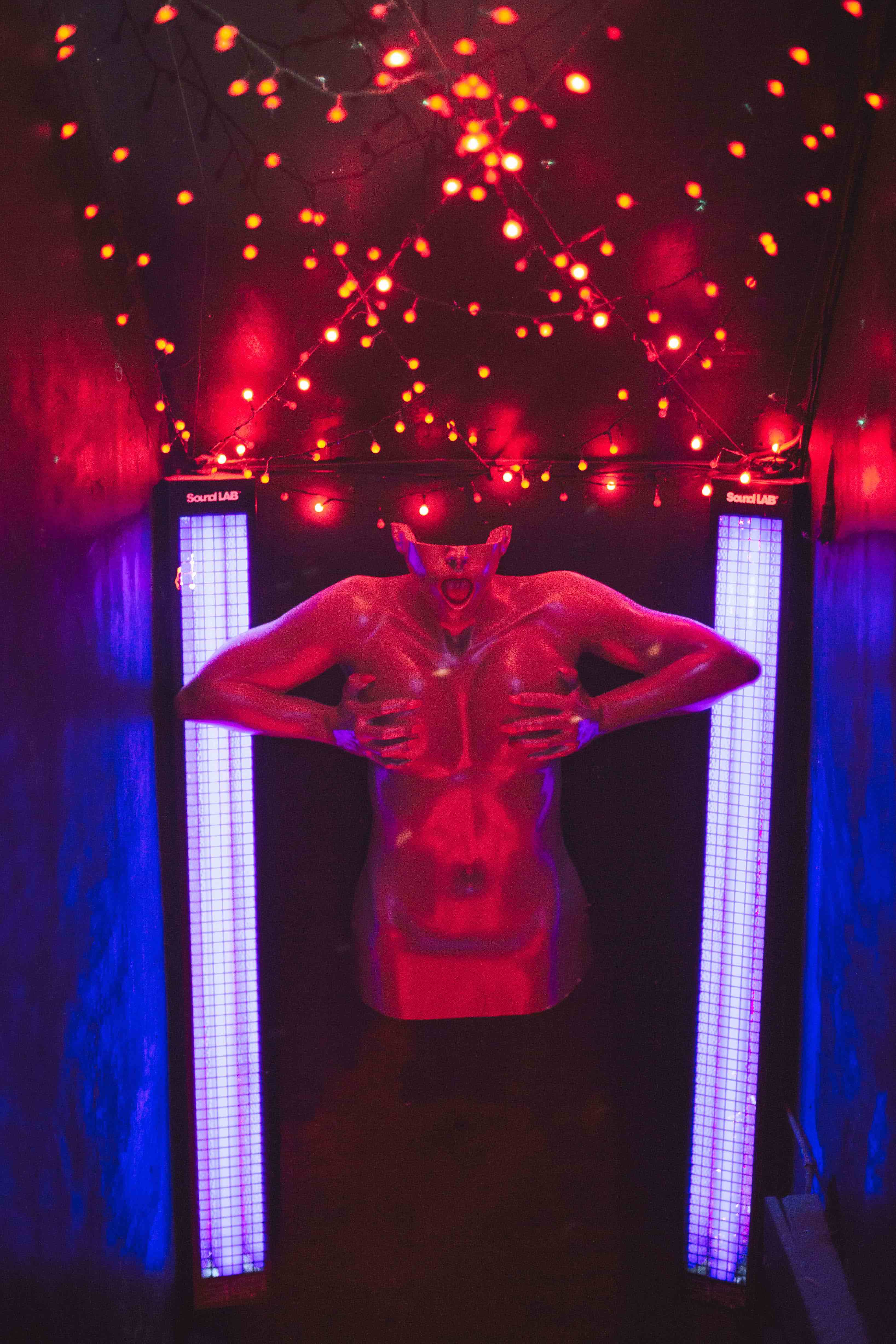 Boi Box returns to The Glory on the 25th of October. Tickets can be bought via Outsavvy.

Linkedin
RELATED ARTICLES
OTHER ARTICLES
A new edition of a seminal book brings together iconic images of the band onstage in their full glory and backstage in moments of unguarded camaraderie.
50 years since its inception, and the campaign calling for recognition that capitalism depends on domestic labour is as pertinent as ever.
Photographer David Hoffman recalls documenting the extreme wealth inequality around Tower Hamlets and Hackney int the 1980s.
The author discusses the all-consuming nature of heartbreak, and turning the experience into an incisive exploration of love and loss.
With inflation now at a 40-year-high of 9 per cent, demonstrations organised by TUC took place to demand action from the government.
In the wake of the decision by the supreme court to overturn Roe v Wade, thousands of protestors filled the streets to express their rage and anguish.