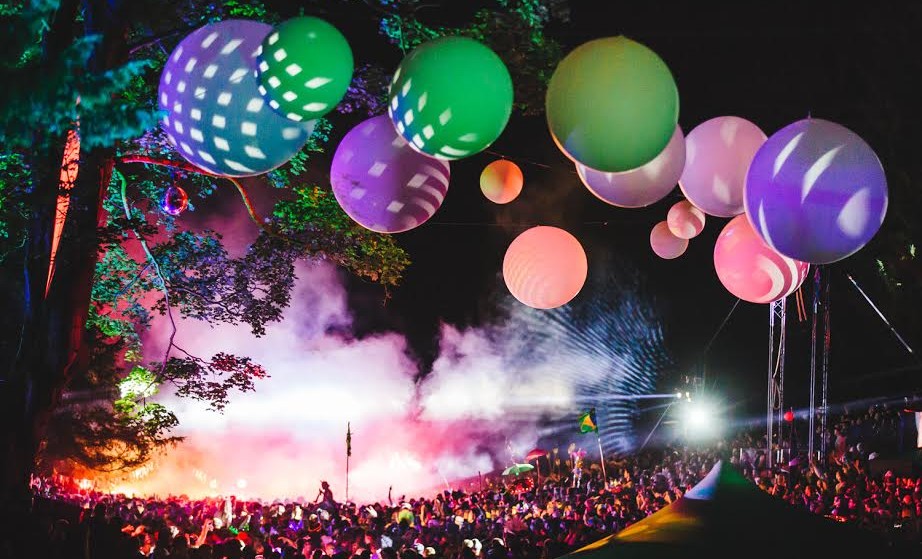 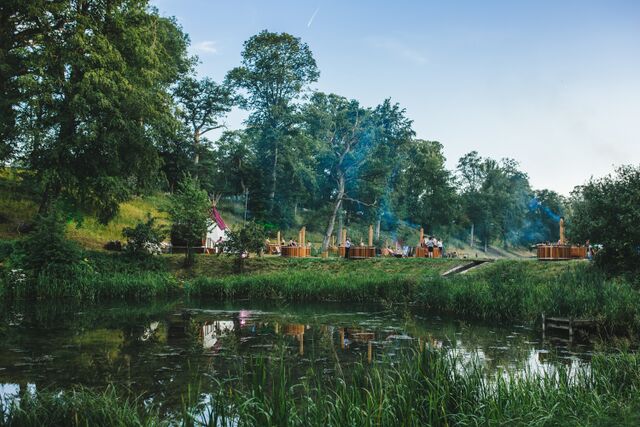 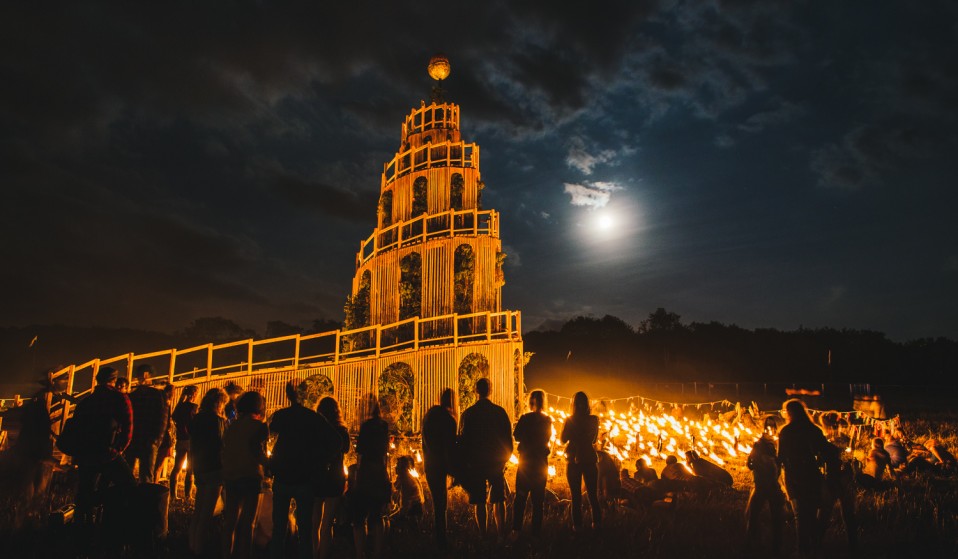 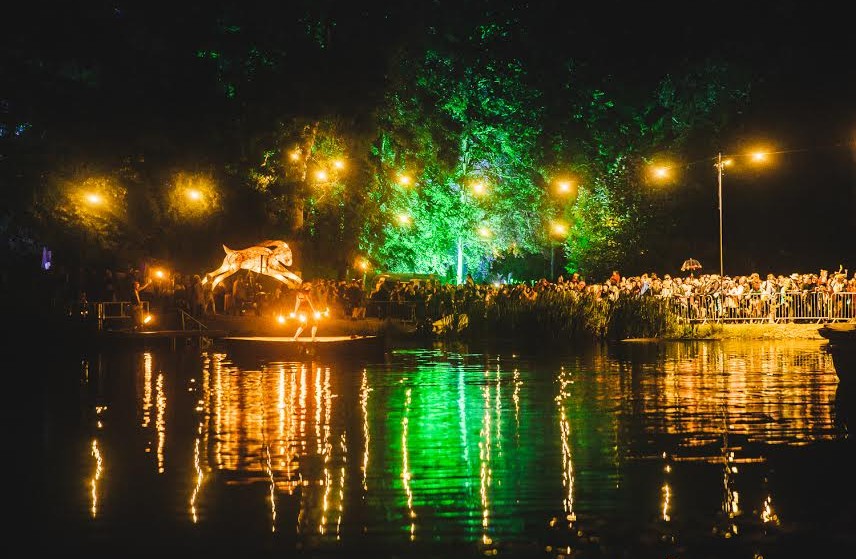 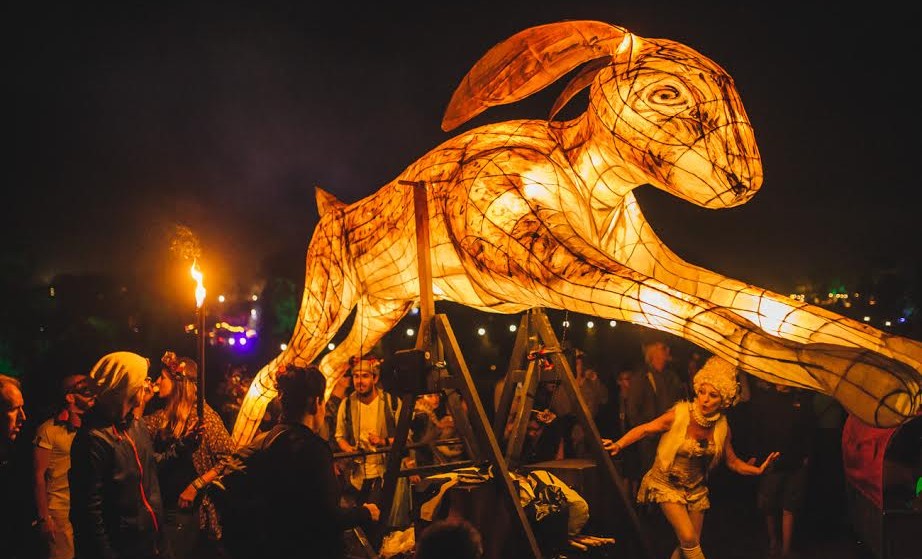 Wilderness' sweeping carnival of arts, music, food and bacchanalia returns to the heart of a mystic English forest. Here's what not to miss.

Wilderness' sweeping carnival of arts, music, food and bacchanalia returns to the heart of a mystic English forest. With hundreds of offerings to choose from, here's what not to miss.

We’re not so different from our ancient ancestors really, save for smart phones, hot showers and Beyoncé. Back in the early 1700s, English brethren descended en masse upon the lush Wychwood forest, an expansive woodland area nestled in Oxfordshire. The reason? To celebrate life. How’d they do it? With sultry melodies, spectacles to inspire blurry-eyed wonder and  bangin’ food and drink. It’s no surprise that Lewis Carroll found Alice’s Wonderland mere kilometres away. The other-worldly magic shrouding these parts runs deep.

Over three centuries later, August 6-9 2015, nearly 30,000 people will descend upon the very same Cotswoldian haunts. The reason? To celebrate life. How will they do it? With sultry melodies, with spectacles to inspire blurry-eyed wonder, and with bangin’ food and drink. Our ancestors knew what was up. And, thankfully, the founders of Wilderness festival do too.

Sonic siren Björk makes her sole UK festival appearance this weekend. For those not content to hang with earthlings, there’s George Clinton and the Parliament Funkadelic beaming down from the intergalactic mothership. While doyens of atmospheric cinema, The Lost Picture Show, bring surrealist sci-fi La Planète Sauvage to your retinas, with a live score provided by Orchestra Elastique. All tuned out? Learn archery, ride horses, take a dip in the lake, then hit up the lectures tents to chat string theory with a world-renown physicist. By this point you might have worked up an appetite. That’s cool. Just sidle yourself up to one of the many banquets, run by mega-chefs like Raymond Blanc.

There are so many choices of things to do over the course of the four-day festival it’s almost overwhelming, with hundreds of performances, pop-ups, screenings, workshops, and activities taking place, many of which will only be revealed at the festival itself. As such, this is a small selection of what has been announced so far, the offerings that caused excited tingles at the time of writing. Because hot damn, there are 21 (!!) different yoga classes alone to suit your fancy… if harnessing your forest chi is what you’re after. 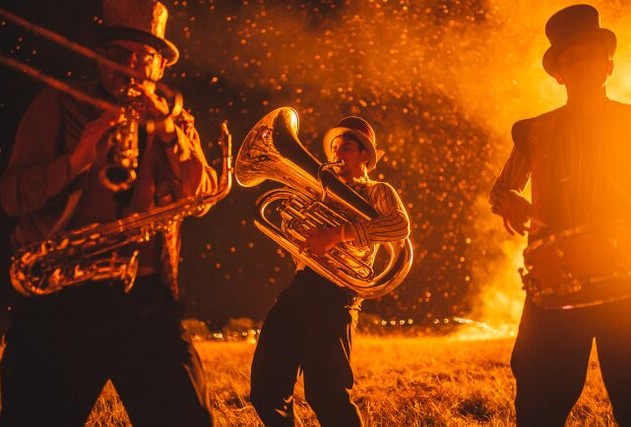 One word: Björk. The Icelandic enchantress helms the mainstage on Friday night. No more than one word need be said. Many more Björk words should be said though. Björk. Set in an emerald forest straight out of a dreamscape, with installations and acrobatics up the wazoo coinciding with her performance. Having traversed the globe over the past twelve months — making  appearances everywhere from Brooklyn’s new music haven, Good Room, to Tri Angle Records’ Rinse FM takeover — the soundwaves she has in store are sure to be emotional.

Lest dedicated dance lovers think this isn’t the place for them, on Saturday night the big kahuna of boogie, DJ Harvey, hits the decks of the Hidden Valley stage. For the uninitiated, trust in the fact that the man has been DJing across the planet for nearly thirty years, with everyone from NY legend Francoise K to LCD Soundsystem founder James Murphy. Think Easy Rider meets electronic music. To say the man is a world-class selector is like saying Michael Jordan is a sort of ok basketball player.

Iconic London jazz club Ronnie Scott’s bring their ivory-tickling, scit scat scadoo goodness to the Grand Spiegel stage, a venue that looks like a bling vaudevillian kaleidoscope. Big Beats & Pieces are of particular interest. Imagine yourself stepping out of the mele and into that golden palace as they march into their full-band rendition of Radiohead’s ‘Everything in its Right Place’. Let the feels unfold. 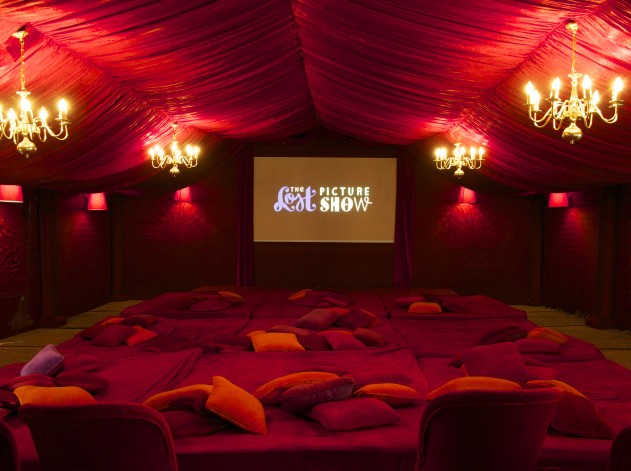 Throughout the weekend, The Lost Picture Show will be pulling out serious celluloid stops. The majority of their programme is kept under wraps until the festival in the interest of surprise. Rest assured the selections on offer will run the gamut, from silent comedies to Hollywood musicals to cult classics. There’ll be workshops for the more able-bodied, like Make Some Noise! with Chocolate Films, where Oscar-winning sound effects man Adam Mendez will teach you how to soundtrack your own opus. At hangover o’clock, rather than being stuck in your tent, cuddling yourself in your sleeping bag like a broken human burrito, seek out a cinematic hot water bottle, and ensconce yourself in velvet cushions, like a tiny, very smug, festival emperor. Then get your cocktail on to hair-of-the-dog your way back to life. By night? Ninja Tune stalwarts and live orchestras are set to provide psychedelic boogie within their crimson den.

Over one hundred speakers will be appearing at Wilderness and the diversity is staggering, to put it mildly. Get your comedy lols via the writers of QI, find inspiration for your fiction brain juices with indie publishers Granta, and above all else, absolutely hightail it to the Explorers tent, where you might never leave. Journey to the arctic by proxy with polar adventurers like Ben Saunders. Watch a screening of Director Wael Dabbous’ Surviving Ebola: Unreported World, then find out what it was like to shoot a film on the frontlines of the Ebola outbreak, in a Q&A with Channel 4 Commissioning Editor for news and current affairs Siobhan Sinnerton. And don’t forget to get quantum mechanics, black hole, universe expansion talk time with science geen David Tong. Poof! (That’s the sound of your mind being blown.) 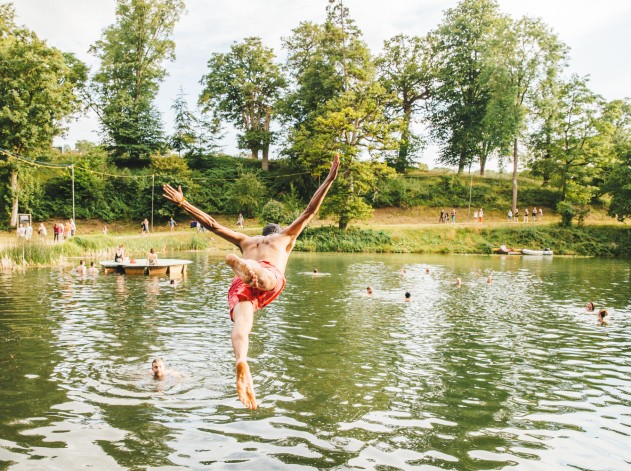 Schmancy Raymond Blanc Sunday long-table banquet aside,  the Moro crew are setting up their souk tent for four days of bedouin feasting. Their Middle-Eastern-meets-African-meets-Spanish eats are tried and tested, perfect fuel for days and nights of wandering the unknowns of Wilderness.

Much of worthy note, hell, even entire stages themselves, have gone unmentioned, like the theatre of the legendary Oxford Shakespeare Company, Shamanic Journeying workshops, the traveling gazebo rave “partini”, the Late Night Spectacle performed by La Fura del Baus… Enough said, the list is long. For a comprehensive rundown of what’s been announced thus far, and to snag one of the last remaining tickets, head here.

Not able to make it this weekend? All’s not lost. Check out Huck’s weekend coverage on site for recordings, interviews and more.

Find out more about Wilderness Festival.

Reddit
OTHER ARTICLES
Brazil’s former vice-presidential candidate Sonia Guajajara calls for urgent environmental action amid the existential threat posed by the coronavirus.
In the first instalment of a new series supporting locked-down artists, Miranda Smart shares how her work evokes the world outside her window.
With Native American history almost entirely excluded from the US curriculum, a group of illustrators are rewriting the narrative.
With his new album, Will Toledo is embracing new sounds and donning a mask. He tells us why.
South American director Pablo Larraín discusses his new film Ema: an anarchic, dance-fuelled redemption story.
The demonisation of the shark may be rooted in centuries of irrational fear, but the threat it poses to the species is real.