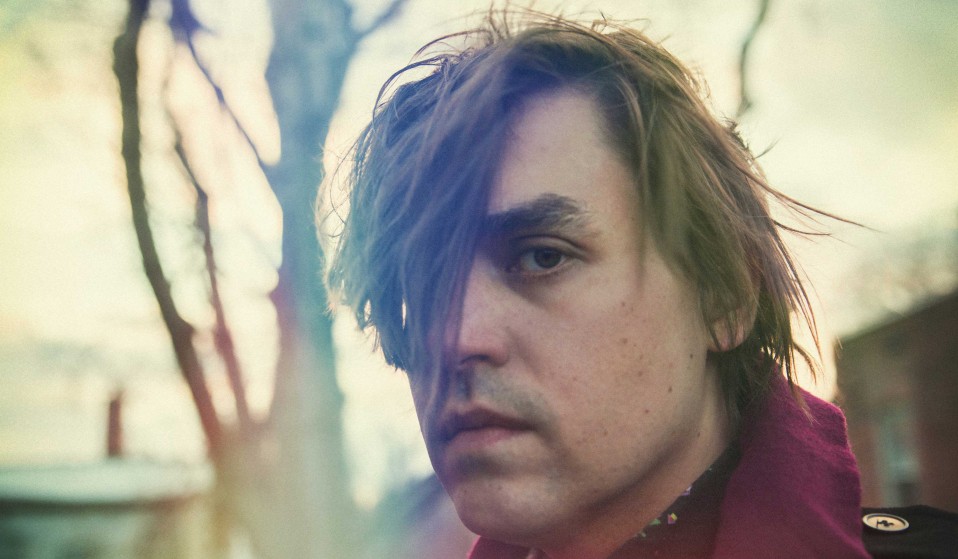 Sometimes the multi-instrumentalist powerhouse behind Arcade Fire has to step out alone and do his own thing.

Sometimes the multi-instrumentalist powerhouse behind Arcade Fire has to step out alone and do his own thing. And while taking time off from one of the biggest bands in the world requires single-minded self-belief, it just wouldn't work without the ability to laugh at himself.

Will Butler, caught in a hinterland between the country of his birth and his adopted French Canadian home, is in a reflective mood.

“I love Montreal, it’s a great city and I’ve lived there many years,” he says, his voice dropping to a tone of mock affront. “But I would hate there to be any confusion that I’m Canadian.”

The Texas-born musician is talking from the road, somewhere between Austin and Toronto, discussing the motivations behind his solo debut, Policy, which has been defined in the press as ‘American Music’.

“I mean, people question what belongs there, because ultimately what is American art? But the Whitney answers it by going: we don’t necessarily know, but here’s a bunch of art made by Americans.

“And so since I’m an American musician, I suppose by sheer definition I’m making ‘American Music’.” He breaks into laughter. “Let’s be clear, the Queen is not on my money.”

As the multi-instrumentalist powerhouse behind Arcade Fire (a group playfully described as being “made up of frontmen”), Butler is usually mentioned alongside lead vocalist and brother Win.

Alone, Butler is a thoughtful and funny conversationalist who’s willingness to embrace spontaneity translates as memorable performances – earning him his reputation as the catalyst to Arcade Fire’s frenetic live shows – and a unique approach to his work.

“I see the hierarchy of art in three stages: You need to be surprising, memorable and good… Of course, you definitely want to get to be good.”

Butler breaks into laughter again. “But if you’re not surprising or memorable, it won’t really matter how good you are.”

It’s this spontaneous approach, grabbing time when and where he can, that gave rise to Policy, which was recorded during a seven-day pause in Arcade Fire’s hectic tour schedule.

“A lot of making music is about accepting constraints and working with what you have. So I booked studio time at New York’s Electric Lady when I knew we had a break,” he says.

“I already had a few songs I’d been working on, but I picked ones that still felt fresh and wrote the rest of the album around them…

“It was important they could be finished fast. I mean, you can record any song in a week, but you need to make sure it won’t sound terrible.”

The result of his efforts is a punchy sub-thirty-minute LP that holds up a mirror to Butler’s personality and is by turns eclectic, heartfelt and peppered with intrinsic humour.

A sample lyric from the track ‘What I Want’ demonstrates: ‘I will buy you a pony/ We could cook it for supper/ I know a great recipe… for pony macaroni.’

It’s this quirky wit that he sees as vital, not only to his output but to art as a whole.

“As a creative society we’re kind of built on the back of comedy, it’s fundamental to American culture. And there’s something about the mix of slapstick and deadpan humour that resonates with me.

“The ability to do something that might seem stupid but then to be totally serious about it. Part of the idea for this album was to not try to fight those impulses, but rather try to make it bright and lively and just go with what I’m good at.”

He pauses momentarily. “I mean I take myself seriously, but I’m not afraid to be embarrassed.”

In some respects Policy also feels like a high-pressure release valve, a counter to the intensity of his last project – Arcade Fire’s monolithic Grammy-winning double LP Reflector.

“I think there’s definitely an element of reaction,” agrees Butler. “I’ve spent my whole career in collaboration, which can be hard and obviously it doesn’t work for some people but, in my case, navigating the thorny parts of being in a group has been incredibly rewarding.”

He continues, “All the compromise, heartache and bashing your head against a brick wall that comes along with that is made totally worth it for the good and accomplishment that comes from our work together.”

And yet, for all his success, Butler remains rather modest about his achievements as one-sixth of the biggest indie band in the world.

“Any success I’ve had came from hard work and single-mindedness. I know it doesn’t happen for everyone, but if you just relentlessly focus on what you think you are supposed to do, then hopefully one day the world will respond.

“I mean, there’s never been a plan, I just kept playing music, floated into my brother’s college band,” he says in wry understatement, “and so far it seems to be going okay.”

This article originally appears in Huck’s Fiftieth Issue Special. Buy it in the Huck Shop now or subscribe today to make sure you never miss another issue.

Linkedin
RELATED ARTICLES
OTHER ARTICLES
After blocking the Scottish government’s gender recognition reform bill, Westminster is now devising further changes to the law to make it harder for trans people to self-identify.
Following the release of his debut single, Deyaz talks battling addiction, dealing with his struggles through music, and building a budding music career from his living room.
Activists and campaigners are fighting back against new laws that would seriously undermine the ability to take industrial action, calling it an attack on fundamental workers' rights.
A new film from Berghaus traces the story of Adam Raja, who left behind a turbulent upbringing to discover the healing power of climbing.
A new podcast is opening up the conversation between trans women and trans amorous men in the hope of building coalitions.
A recent High Court ruling against the right to wild camp in Dartmoor National Park sparked the largest land protest in history – and campaigners say their fight is not over yet.