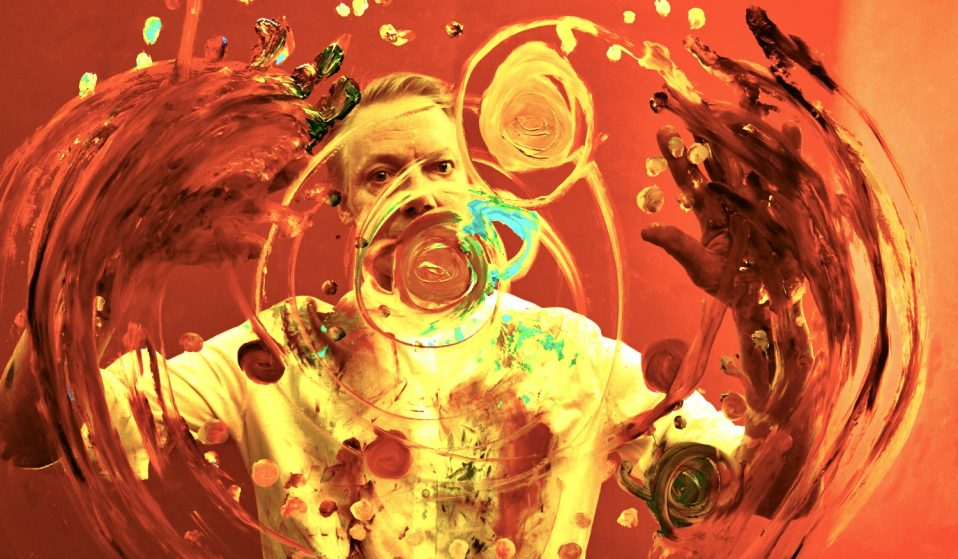 Ahead of the release of his new album, the producer reflects on his battle with drug use, getting into painting and what Madonna taught him.

As the producer gears up to release his first album in eight years, he reflects on his battle with drug use, getting into painting and what Madonna taught him.

William Orbit is a man who’s been there, done that, and sold somewhere in the regions of 200 million records to prove it. Born in East London’s Bow in 1956, he was raised in Palmers Green by Anglo-Italian teacher parents from working class roots who listened to the BBC Home Service (the forerunner of Radio 4) and classical music as a cause for betterment. It inculcated a love of ambient sounds in the young Orbit, who would one day take an electronic version of Barber’s Adagio for Strings into the top 10 of the UK charts.

William Mark Wainwright adopted a celestial nom-de-guerre which proved perfect for a career that went stratospheric. As well as being an electronic pioneer, studio manager and dance record label head during the ’90s, Orbit produced and mixed a veritable list of household names that trip off the tongue: Madonna, Blur, U2, Robbie Williams, All Saints, Seal, Britney Spears, Pink, and many, many more. By the turn of the 20th century he was one of the most famous record producers on earth.

But what goes up must come down, and Orbit started to become jaded as the 21st century progressed. Finding himself uninspired, he turned to drugs at a more advanced age than is usual for dabbling. A dependance on cocaine eventually led to a spell in a psychiatric unit. He has since had time to reassess his life, and is currently enjoying what he refers to as a “new summer” – both professionally and personally.

Orbit has moved itinerantly since leaving school at 16, and he’s been living between L.A. and London for the last 40 years or so. During the interview, he announces that he is soon to move to Venice for further adventures. Moreover, he’s about to release his first album in eight years, The Painter, a record bursting with familiar collaborations such as Katie Melua and Beth Orton, as well as some exciting new artists, including Georgia and Lido Pimienta. After taking a crash course on the internet to master the finer details of ProTools again recently, Orbit says he’s “been on fire ever since.”

Below, Orbit shares some important lessons he’s learned along the way.

Dig deep and be resourceful

“I spent a lot of time in Paris when I was younger. I was there a lot when I was 19 because I was homeless. I remember I used to sleep behind the Notre-Dame cathedral in these very manicured gardens among some bushes on the Île de la Cité. I’d gone on an adventure with these two people on the way to Italy in a jeep they’d bought, which then broke down because it had complicated gears, and so we had to stay. And then I met this girl and I decided to stay put, and they drove off when they fixed the car. Then she chucked me out because I was far too young. I wasn’t a very good boyfriend.

“And I thought, well, I have my guitar and I’m not leaving here. So I tried to be a busker in Paris. I wasn’t the greatest busker and I would sleep with my guitar around me so that nobody could nick it, and then the gendarmes would come along at first light and wake us all up. I remember being so hungry. God, I’d walk past cafés around Saint-Germain-des-Prés and take food off of tables when people weren’t looking. I was that hungry, just walking around central Paris, starving, not really being a very good busker and nicking food off people’s plates.

“But I’ve moved on a whim many times before and I never regret it. I don’t mean to say it’s better or worse than it is now, but the possibilities were different in many respects back then. You could squat in all sorts of places, so I squatted. Second, you could hitchhike. Higher education was free and you had a government safety net. I always worked to earn money but when I didn’t, I could go on the social. It wasn’t much, but we had that safety net.”

“I got into painting by chance. I mean, I’ve always drawn cartoons and so on with pens, pencils and ink since I was a child just for fun, but never brushes. But I discovered brushes when I was on a ‘stop smoking’ retreat in the Mojave Desert and was tempted along to a ‘Van Gogh and Vino’ event. And I just couldn’t stop painting for three years. That’s all I did. I went back to my home in Los Angeles and went on the internet and just bought tonnes of oil paints, tonnes of brushes and I just loved it. My place was very paint-y – the carpet was ruined because paint gets around.

“I wanted this record to be reassuring, but I also wanted it to be colourful and joyful and vivid. I’m about to move to Venice, Italy, where vividness is everywhere you look. It’s beautiful! Everywhere you look, it’s a different colour, a different nuance of green, say, so it’s heavenly. And every building is different, and there are no cars, and the shops sell really interesting, unique things.

“I was in Austria and we decided to head down for the Biennale, and I just made the decision to stay. I was on a Gondola ride when I was noticing all these empty buildings. I asked the gondolier and he said people were leaving, youngsters are leaving. And I thought, well, I’ll just rent a place here. And a week later it was all sorted out. To get a hotel there is ridiculously expensive but rentals for a year are really reasonable.”

Think on your feet

“Compulsive or impulsive, I can be both. Compulsiveness is getting a job done, where you’ve got to force yourself to finish it at all costs. But I make decisions very quickly in life. I’m very decisive, which is part of being a producer and a director of people. You have to make decisions that you trust, in short order or not, and to seek advice quickly. I’ve done that my whole life. I never know what I’m doing from week to week, and I like that. My favourite thing is a diary with nothing in it. And then I can just make it up as I go along like I’m having a life jam session.”

Focus on one thing at a time

“I learned so much from Madonna, and she’s a great producer. I think it’s probably evident in the music, because when you listen to the Ray of Light record you can hear a different kind of pop sophistication I learned from her. She might say, ‘know when to pull away’ or ‘don’t over-egg the custard’. What’s another Madonna-ism? ‘Don’t gild the lily’ is very important. Knowing when to walk away from a track…

“Plus I would always multitask and have several tracks going on at the same time. I’d pick the one I most wanted to work on, but she would be like, ‘No, we’re working on this track regardless of how you rank it in terms of your enthusiasm for it. We’re going to work on this till it’s done, and then, as a reward, we go to the next one, William.’ And I found that very useful. Madonna’s got this huge audience and expectations, but there were no label people around when we made it. All that finger-snapping was coming from her.” 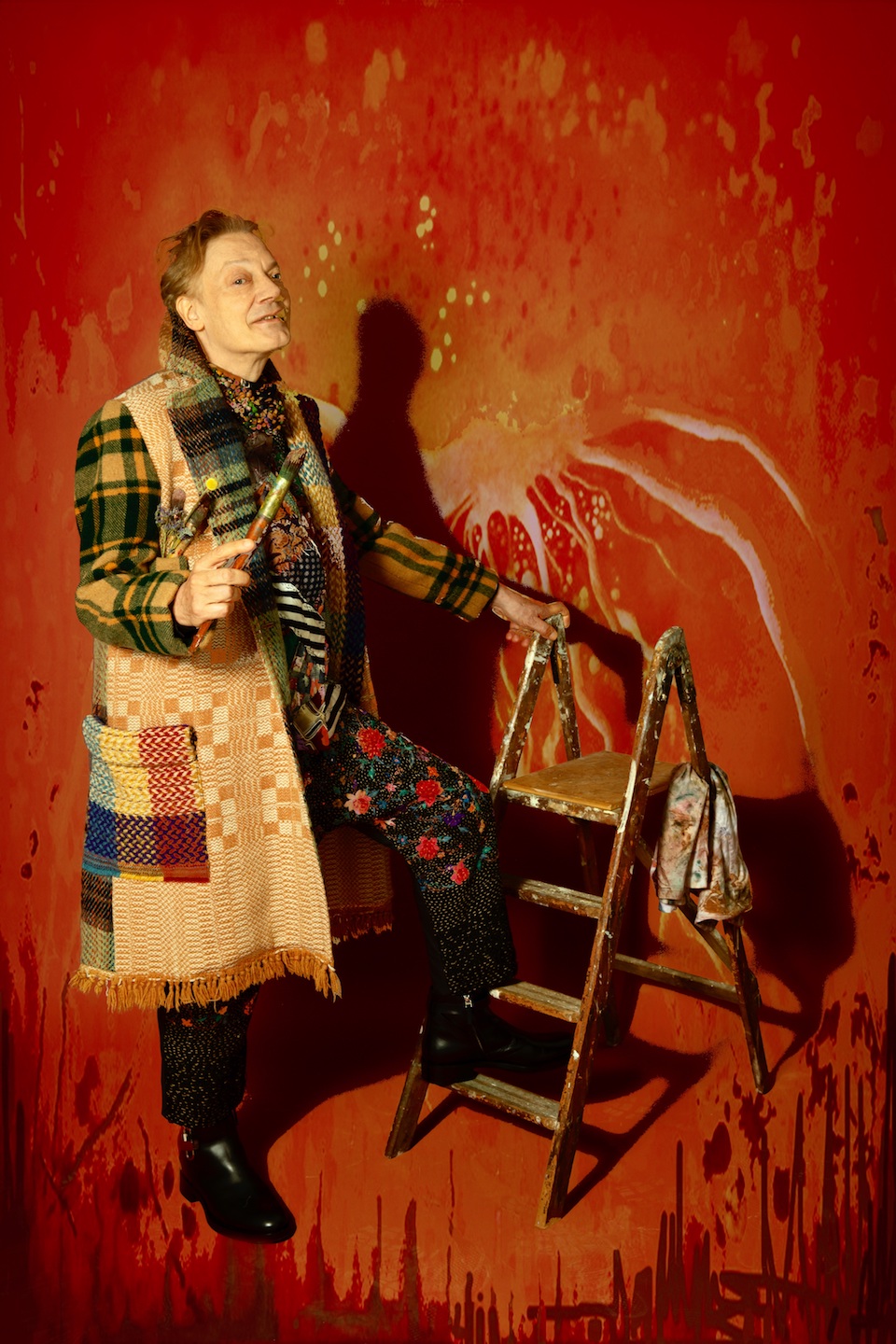 I can resist everything except temptation

“Late in life, I became an experimenter in all things. I didn’t do the addictive drugs such as heroin, opioids, crystal meth, crack, or the ones that are a terrible trap for people because they’re so busy. It was all the more psychedelic ones, and weed and cocaine. I’ve never been a drug person; I’ve always avoided them. Well, I started smoking weed when I was 13, but by 17, I decided to completely stop because it wasn’t good for me. It was quite hard actually because my whole social scene was based around smoking weed, and I felt very left out. So I’ve always been drug cautious all my life, avoiding it apart from nicotine and alcohol. And even that I’ve had whole chunks of time – like six or seven years – without touching a drop.

“And then suddenly, I just did. And I thought the first time that I better not do this because I’ll end up feeling terrible and awful and paranoid, but I did it anyway. One thing led to another and I just didn’t know how to cut back. Eventually, I was sectioned for 28 days. I’ve been around that environment a lot in my life through various people, but always on the other side of the glass where I’m staging an intervention or visiting somebody that’s on a locked ward. This time, I was the one under restraint, and it’s quite a thing.

“And what’s sad is that there are many people who live their whole lives that way. If you really want to truly understand what people are going through with psychosis and the terror they’re having, have a bad trip. Have an awful bad trip and you have a better idea of what people are going through in their psychotic state, shouting and screaming. It’s terror, a terrible place to be, and how awful is if this is their life. So that person you see in the street shouting, ranting and raving, you know that their demons they’re experiencing are as real as if they were real. That’s a scary thing.”

The Painter is released 26 August, pre-order the album here.

Linkedin
RELATED ARTICLES
OTHER ARTICLES
Photojournalist Fiora Garenzi spoke with people still living in Eastern Ukraine, an area which seen some of the heaviest fighting since the war began.
Students are being left to languish in unsafe housing, in some cases leading to serious health complications.
To mark the premiere of his new documentary on surfing giant Gerry Lopez, the filmmaker and former pro skateboarder sits down to share his unique brand of wisdom.
With the virus now a global health emergency, we must take steps to fight misinformation and demand a swift UK-wide vaccine roll out, writes Phil Samba.
Following the release of his latest album, the rapper talks about finding a new approach to songwriting, attitudes to poverty, and why his music is more than a political statement.
Photographer Bud Glick recounts documenting everyday life in the area, and what it taught him about the Chinese immigrant experience.