Art & Culture / The woman who can’t have sex 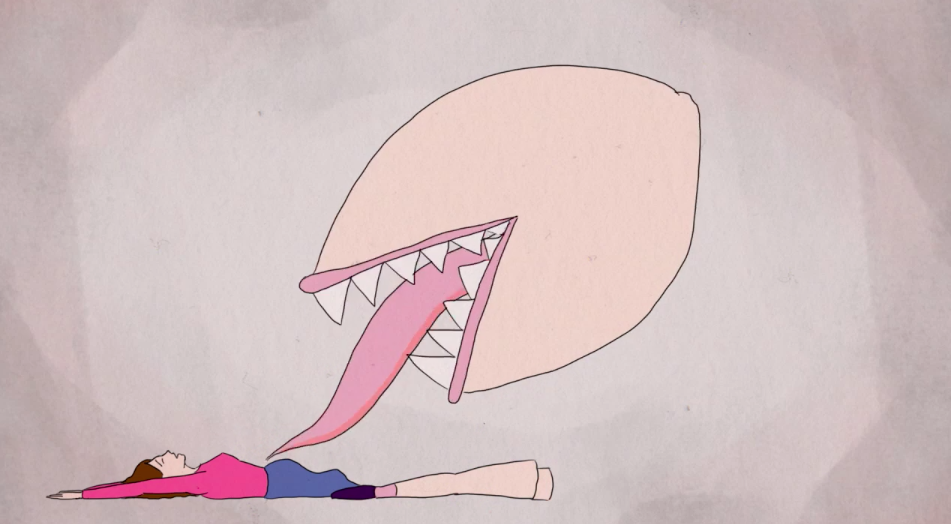 A condition called vaginismus prevents filmmaker Shelby Hadden from having traditional sex. But after suffering shame for years, she's ready to break the taboo.

When Shelby Hadden had her first period, at the age of 14, something felt wrong.

She realised that the level of pain caused by trying to insert a tampon couldn’t be normal. After countless trips to the doctor, it transpired that Shelby was suffering from vaginismus.

It’s a condition resulting from an involuntary muscle spasm, which means sufferers find it almost impossible to insert anything into the vagina.

The causes tend to be psychological, so there is no overnight solution, and treatment can vary in length from a few months to years.

Shelby, who’s 25 and lives in Texas, has never been able to have penetrative sex. By mainstream society’s definition, that makes Shelby a virgin.

“I hate the word ‘virgin’,” she says. “It is so based on heteronormative penis-in-vagina sex, and doesn’t leave room for other sex.

“Dating, I find that guys are not very creative – if the penis isn’t inside of me, it’s over. But sexuality is a spectrum in every sense, both in the type of sex you have and how much you want to have it.” 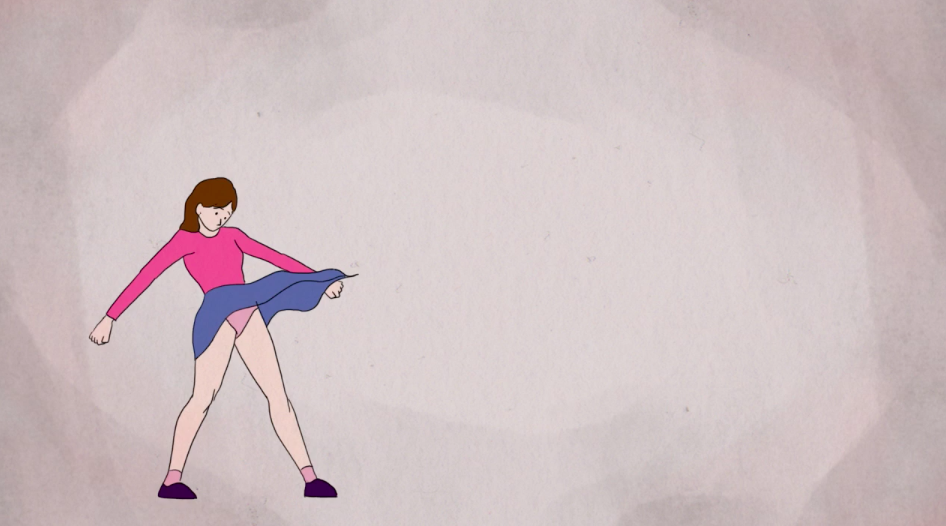 Though Shelby doesn’t consider the ‘virgin’ label part of her identity, her condition has made it difficult to fit in.

“The hardest part is how isolating and lonely it has been – sex is everywhere,” Shelby says.

“I am glad that slut shaming is a bad thing – women should be free to be sexual, to dress how they like.

“But there is a flip-side to that where someone who has not had sex is shamed and seen as a prude, or uptight. It’s frustrating.”

For years, Shelby remained silent about her condition, embarrassed by her situation, which was exacerbated by the fact that no one talked about it. 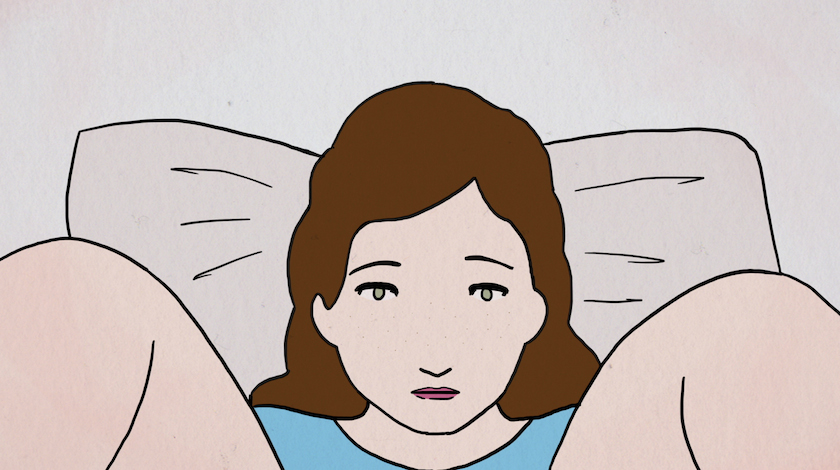 However, as a filmmaker, the inclination to tell her story finally inspired her to speak out.

She called on her friend Sebastian Bisbal, an award-winning animator, to make a trailer and set up a Kickstarter campaign to make Tightly Wound: a 15-minute animated film exploring what it’s really like to suffer from female sexual dysfunction.

“Before the Kickstarter I was so afraid… I had no idea what the reaction would be like. I was just out of grad school and I was going to talk about my vagina publicly. I thought that no one would date me after that,” she says with a laugh.

She was wrong to be worried. The reaction to the Tightly Wound trailer was overwhelmingly positive that the Kickstarter quickly surpassed its $20,000 target, reaching $30,353.

“People are hungry for this story,” she says. “I have been contacted by women from all over the world who want to talk to someone who understands.

“It’s weird, I have had so many bad experiences dating, one-on-one, where guys have said mean things. Now I’m public about my condition and I’m only receiving love and support.” 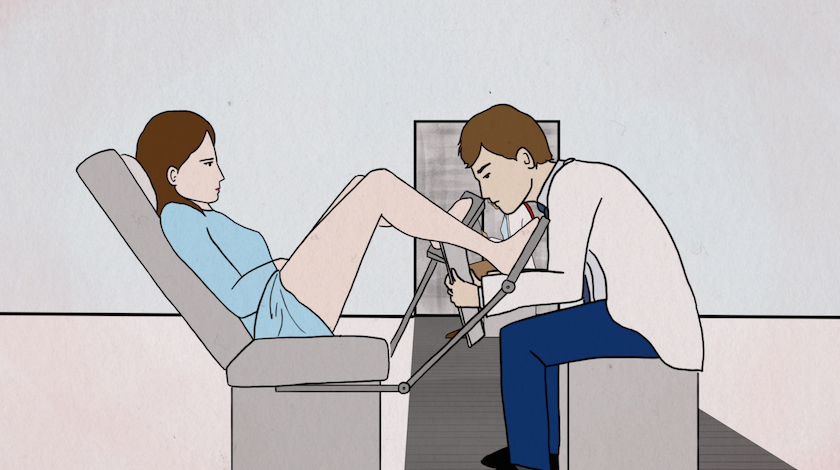 The 2D animation trailer for the film (subtitled: ‘The more tightly wound we are, the stronger we can break free’) gives people a sense of what it’s like to live with the condition.

“When I thought of 2D animation, it just clicked. [Vaginismus] is such an internal process, literally physically and in terms of how you experience the emotions, so animation allowed me to illustrate all the internal thoughts and anxieties surrounding the condition.”

Krystal Woodbridge, a psychosexual therapist and relationship counsellor based in St Albans, Hertfordshire, agrees that we need to get rid of the taboo surrounding female sexual dysfunction.

“Unfortunately, there is a lot of shame involved and women don’t come forward because they think there is something wrong with them,” Krystal tells me.

“But it [vaginismus] is a common condition, much more common that people think, and women don’t have to put up with it.”

In the UK you can receive treatment on the NHS either with a women’s health physiotherapist, who helps with pelvic floor exercises and physical dilation of the vagina, or psychosexual therapists (limited to six sessions).

“With any condition there’s a lot of play between the emotional and physical,” says Shelby, who has experienced greater progress since speaking out. 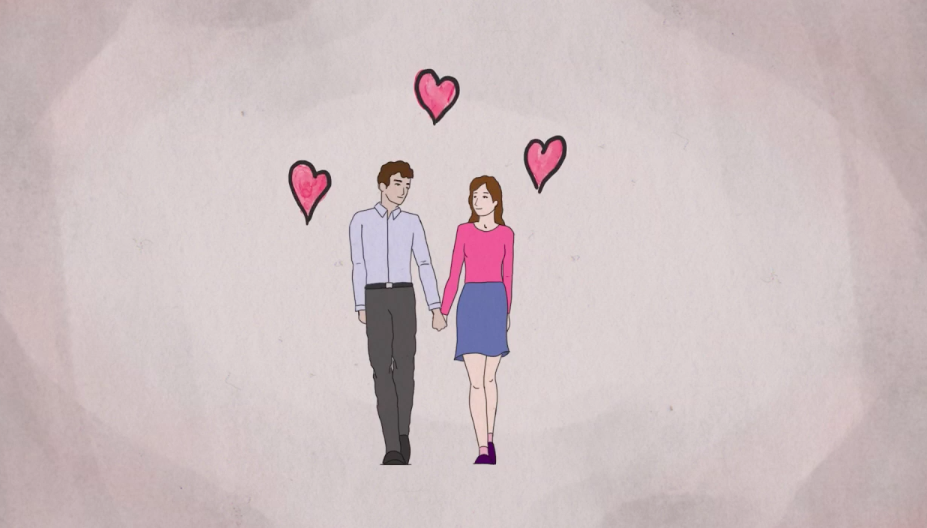 “It’s going well for me emotionally, so the physical things are speeding up. I’ve reached a few of my treatment goals and there’s a hope in that.”

Beyond her own journey, Shelby hopes that her film will provide the framework that vaginismus sufferers desperately need.

“I actually used to be jealous of friends with STIs because people at least know what you’re talking about, and you can do something about it,” she says.

“So I hope that the film will empower others suffering with sexual dysfunction, as they come to terms with being a sexual person in an asexual body. As I’ve learned, silence doesn’t heal.”

Find out more about Tightly Wound.

Linkedin
RELATED ARTICLES
OTHER ARTICLES
Following the release of his latest album, the rapper talks about finding a new approach to songwriting, attitudes to poverty, and why his music is more than a political statement.
To mark the premiere of his new documentary on surfing giant Gerry Lopez, the filmmaker and former pro skateboarder sits down to share his unique brand of wisdom.
A series of photos by the late Jerry Dantzic taken in 1957 show a tender side to the iconic Jazz musician.
The government’s brutal crackdown on NGOs has left victims of rape without anywhere to seek help. And now, as the country plays a key role is Russia’s war, things are only getting worse.
With the UK now set to run out of vaccines, people working in the sex industry – particularly outside of major cities – have been left especially vulnerable, reports Brit Dawson.
From the chip shops, to the bingo parlors and burlesque dancers, photographer Mike Coles remembers capturing scenes of holidaymakers by the English coast.