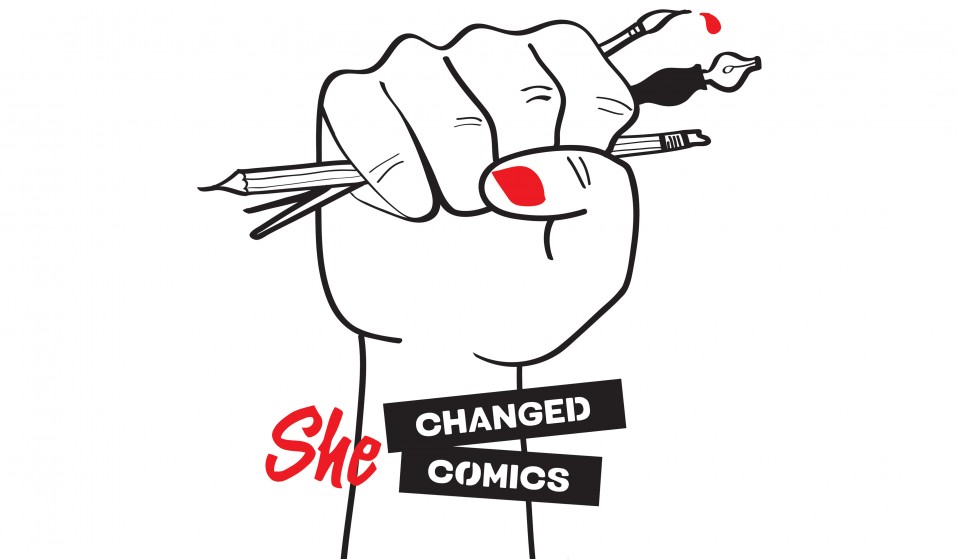 A new crowd-funded project uncovers the untold story of how women changed free expression in comic books, showcasing the medium's fiercest pioneers and the artists still shaping its future.

When Betsy Gomez began assembling a book about women in comic books, she discovered some startling figures – even for someone who’s been immersed in the medium for over 20 years.

The likes of Dori Seda, Joyce Farmer and Lyn Chevely worked at the height of the women’s movement in the 1970s to produce frank stories about female sexuality and equal rights.

“Startlingly, all of that content is still relevant today,” says Gomez. “It’s been decades and we still haven’t figured it out!”

Gomez is the editorial director for the Comic Book Legal Defense Fund, a non-profit organisation dedicated to defending the First Amendment rights of the comics community. She was introduced to comics in college and began volunteering for the CBLDF in 1998, joining its staff in 2011.

The CBLDF recently launched a Kickstarter campaign to crowd-fund She Changed Comics: a book profiling over 60 women whose work changed the landscape of free expression, from the turn of the 20th century to those still shaping the future of comics.

The project, which has already exceeded its fundraising target five times over, will tell the untold stories of how women changed the medium and highlight just how much it’s evolving.

What is it about the comics industry that makes it so male-dominated?

As comics entered their heyday in the 1940s and early 1950s, there was something close to parity in readership: nearly as many girls read comics as boys did. Women creators contributed to all genres but, in particular, they found a lot of work in romance comics and even in jungle girl comics.

Unfortunately, when the Comics Code [the industry’s self-regulation measure] was passed in 1954, several genres all but disappeared from newsstands: horror, crime, jungle girl and, yes, romance comics. Hundreds of people, including many women, lost their jobs.

The comics industry was in dire straits, so they latched onto one of the few genres that could continue to exist and be successful under the Comics Code: superhero comics.

The genre appealed to boys and was largely staffed by male creators, so women and their interests were essentially ignored by mainstream comics for decades. 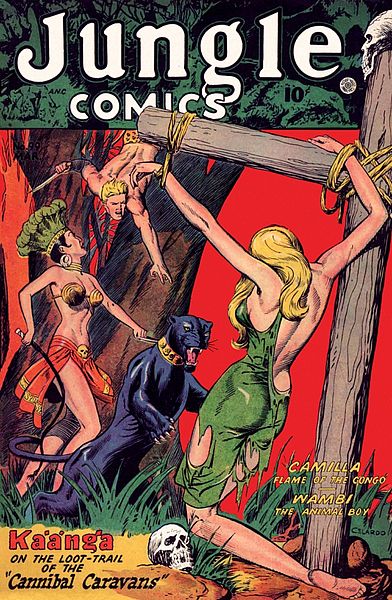 This isn’t to say that women didn’t read or make superhero comics – they most certainly did (and still do). But the self-censorship under the Comics Code and homogenisation of the industry made it a monoculture that focused on the interests of the average pre-teen or teenage boy.

This is all possible because of the women who came before. They may have been in the minority and faced opposition, but they left an indelible mark on comics and opened doors for women to follow them. Obviously, we still have work to do, but change is happening.

What are some of the biggest misconceptions about women in comics?

Any time women enter a field that has been largely dominated by men, there is conflict. There’s a pervasive misconception that women and feminists in particular are trying to emasculate these fields and the men who contribute to them.

But the women entering comics aren’t trying to push men out – they’re trying to tell their own stories and there’s plenty of room for more diversity in this industry. 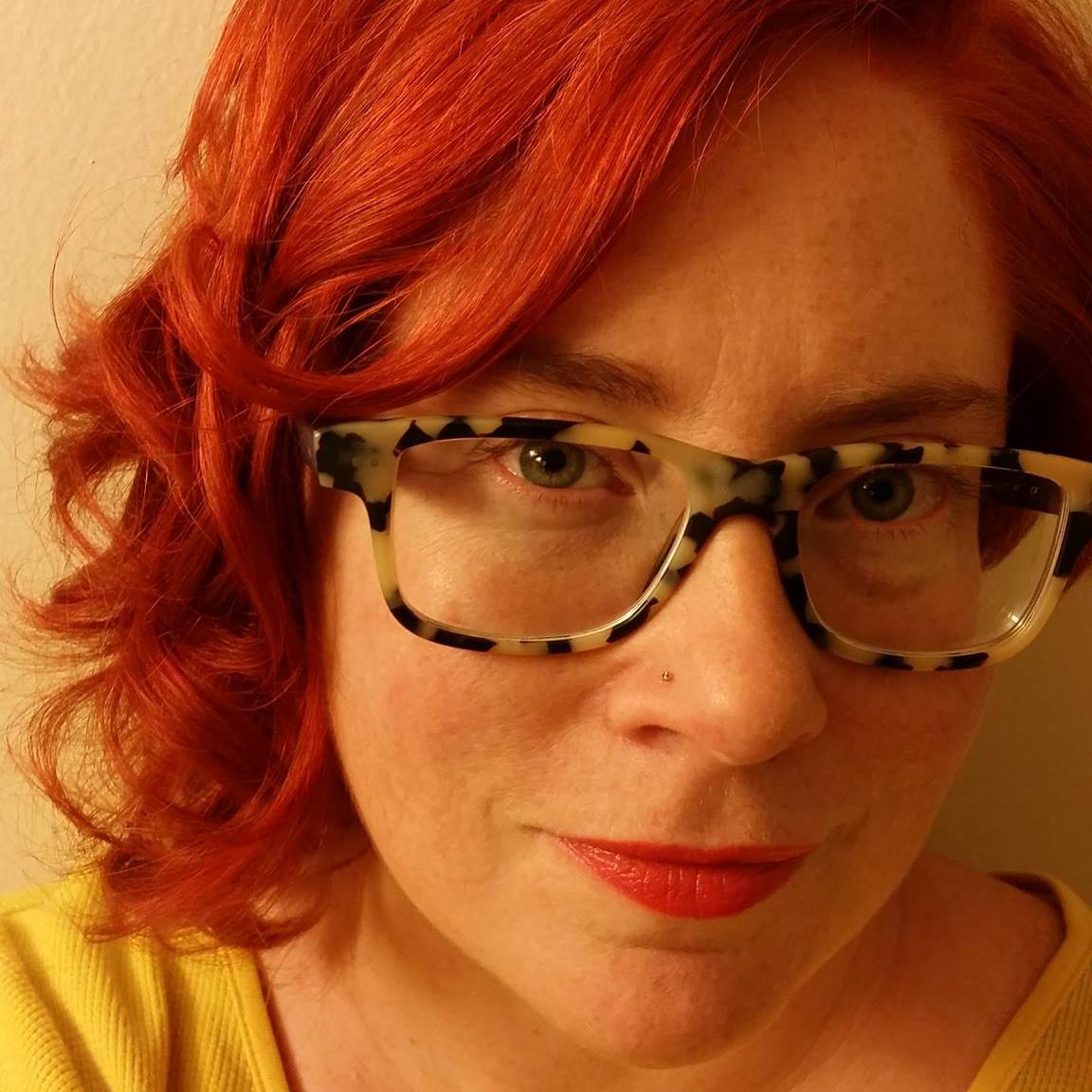 But look at what writers like Gail Simone have done with characters like Red Sonja: she’s managed to strengthen and humanise a long-objectified character to wide acclaim and without obliterating her signature chain-mail bikini and sexuality. The difference, though, is agency – which the new incarnation of Red Sonja has in spades.

In what ways have women changed free expression in comics?
Early cartoonists, like Nell Brinkley, had a huge influence on how women expressed themselves through fashion. Some, like Kewpie creator Rose O’Neill, used the popularity of their cartoons to advocate for women’s rights, including the right to vote.

Even mainstream comics have transformed because of women’s voices: leaders like Karen Berger and Jenette Kahn ushered in a whole new era of comics with the inception of DC’s Vertigo imprint, which is home to some of the most respected, groundbreaking and popular titles, such as Neil Gaiman’s The Sandman and Alan Moore and Dave Gibbons’ Watchmen.

This is just a snapshot. There are many others who have contributed to manga, web-comics, alternative comics, graphic novels for younger readers and more. 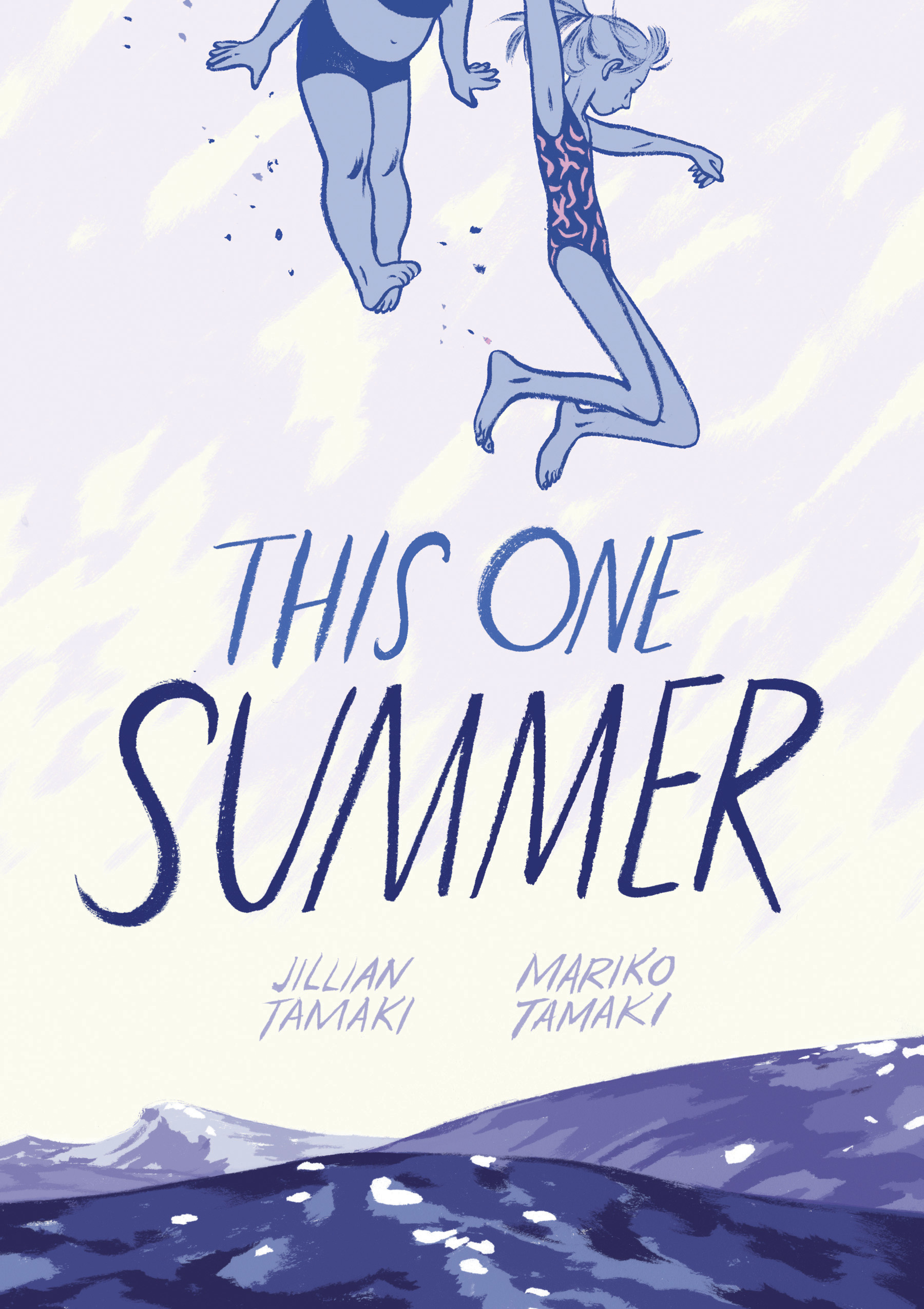 This One Summer by Jillian and Mariko Tamaki, courtesy of Macmillan.

Why do you think that contribution has been so under-recognised?

Sexism is unquestionably a factor – women have been underrepresented in the industry since the start. Early on, many women had to use gender-neutral or masculine pen names to be published. But women were always there, making cartoons and comics. Unfortunately, there just weren’t that many of them.

I don’t think this is a problem exclusive to comics – I think it comes with any creative industry. We have the same conversation about books, music and movies. So, how do we fix it? By educating people about how women have changed and diversified comics, my hope is that people will seek out their work and also seek out the work of other women.

What can you tell me about CBDLF’s role in defending titles by women?

We’ve had to defend a number of them recently, including The Diary of a Young Girl by Phoebe Gloeckner, Drama by Raina Telgemeier, This One Summer by Jillian and Mariko Tamaki, Fun Home by Alison Bechdel, and Persepolis by Marjane Satrapi.

Many of the challenges to these books pertain to concerns over sexual and LGBTQ content. Last year alone, This One Summer was the book CBLDF had to defend most frequently.

Many of those cases were confidential and focused on the depiction of teenage pregnancy, mental health and coming-of-age in the book.

Fortunately, in most cases we were able to provide librarians and educators with materials and support in advance of a challenge happening, so official challenges didn’t materialise.

Notably, the Chicago Public School system tried to eradicate Persepolis from the entire school system without an official challenge and in violation of existing policy.

Advocates like CBLDF and the students themselves protested the move and administrators had to back off the attempt to remove the book from classrooms and libraries. 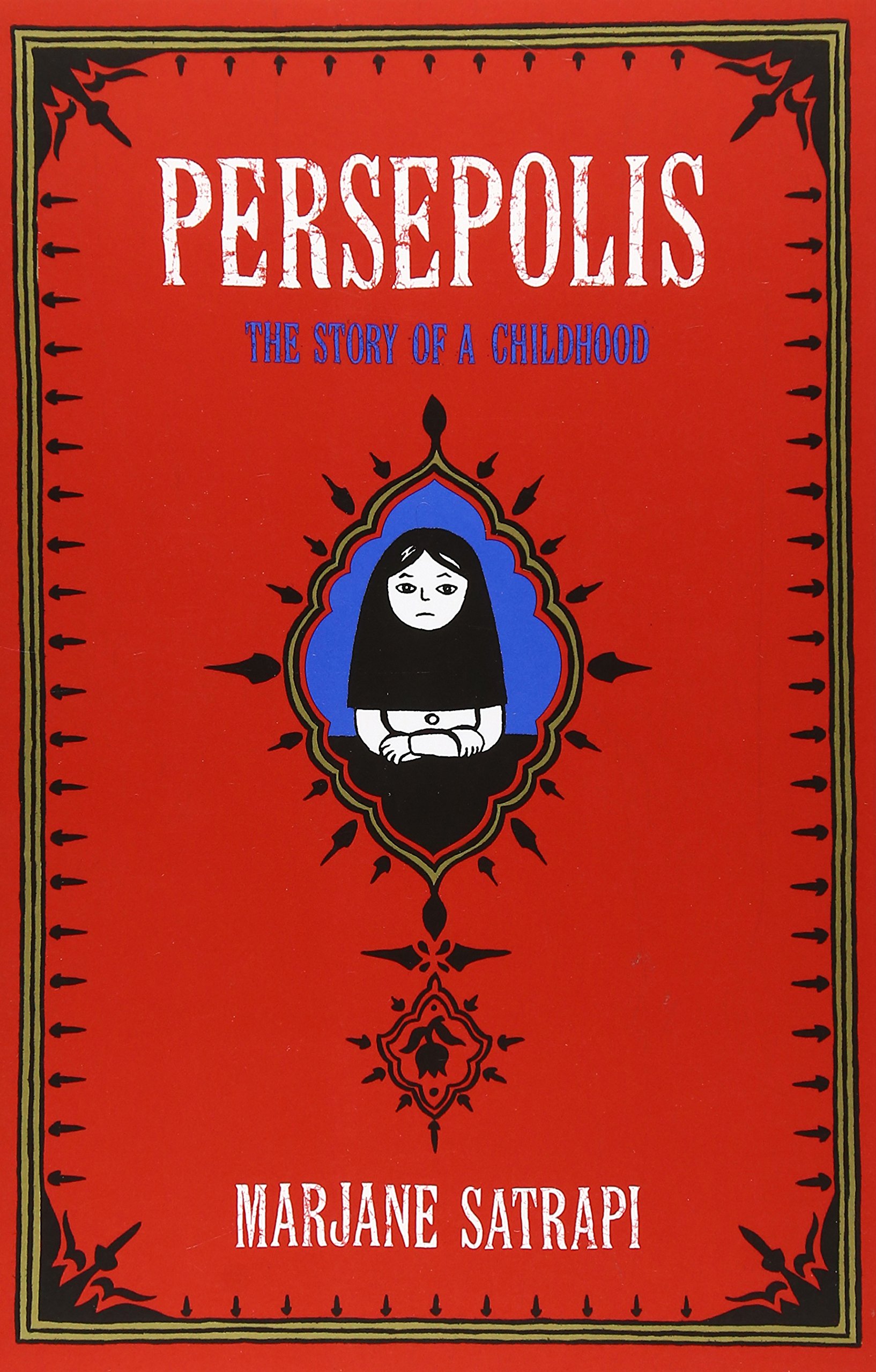 What are the most contentious challenges to comic book expression that you’ve come across?

Shockingly, we’re beginning to see more challenges in higher education. Fun Home has been at the centre of controversy throughout the country [due to its “graphic visual depictions of sexuality”] most notoriously in South Carolina, where state legislators attempted to defund a college that had used the book in a voluntary summer reading program for incoming freshmen.

Fun Home was also among four books that a student in a California community college wanted “eradicated” from campus.

The student, who was working toward a two-year associates degree in English, took a graphic novel course as an elective. Four out of 10 of the books in the course made her especially uncomfortable, and rather than dropping the course – it wasn’t required for her degree – she contacted her parents about her concerns. They immediately began calling for the books’ eradication from the system. 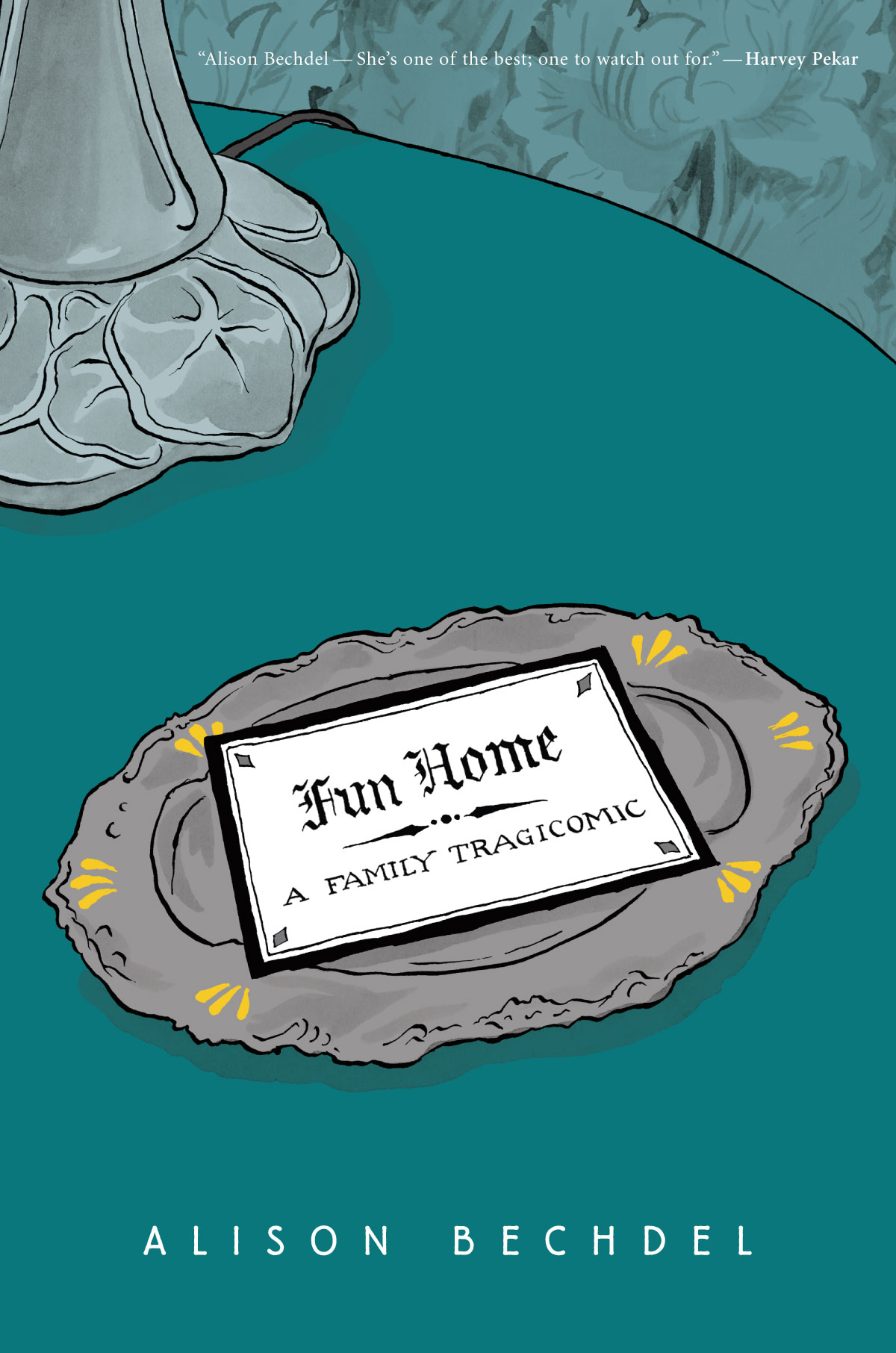 The college stood by the course instructor and the content but they suggested that a disclaimer would be added to the instructor’s syllabus, the first such requirement in the system. CBLDF led a coalition protesting this violation of academic freedom, and the system backed away from the suggested disclaimer.

In terms of provoking objections and generating controversy, do you think the stakes are higher when a woman uses comics as an outlet?

In some parts of the world, absolutely. A number of women have been threatened and even imprisoned for expressing themselves through comics.

Atena Farghadani, an Iranian artist, was imprisoned for 12 years and nine months for a cartoon mocking Iranian officials’ debate of a bill that would ban common forms of voluntary birth control. She also faced charges of adultery for shaking her male lawyer’s hand, which is illegal but rarely prosecuted in Iran. 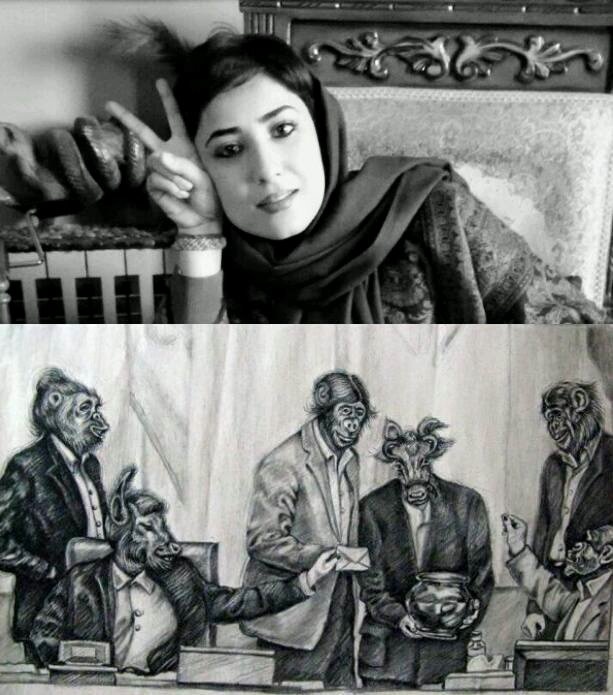 Atena Farghadani and (below) the cartoon for which she was imprisoned.

The charges were an obvious attempt to silence Atena and her lawyer. She was forced to undergo an invasive “virginity test” before she was cleared of the charges. Just this week, we learned her sentence had been reduced upon appeal to 18 months and she should be free next month.

Doaa Eladl and Kanika Mishra have been threatened by religious fundamentalists over their work. Eladl is an Egyptian cartoonist who has faced a Muslim Brotherhood-backed lawsuit alleging one of her cartoons was blasphemous.

Mishra, an outspoken advocate for women’s rights in India, has been threatened by followers of guru Asaram Bapu, who is on trial for raping a teenage girl.

When Mishra approached authorities for assistance, they simply told her to stop drawing. The threats she faces are no joke – Bapu’s followers have been able to successfully assassinate three witnesses in his trial.

In the US, women don’t face the same threat of imprisonment for cartoons thanks to the First Amendment, but there are a number of female comics creators who have been harassed online. This behaviour isn’t unique to comics – it’s happening in several fields that have been largely male-dominated.

When you encounter young female comic book readers and makers today, how do you think their attitude towards comics has changed over the years? Would it be any different from when you when you started reading them?

When I started reading comics 20 years ago, I was an outlier. There just weren’t that many women in comic shops and at conventions. The landscape is completely different today. More women and girls are reading comics, connecting over comics, sharing comics with each other and making comics. Women in comics aren’t statistically irrelevant anymore and the industry is changing because of it.

It’s amazing to see, and part of me wishes the industry I entered then looked like the industry does today. We still have a lot of work to do, but it’s gaining momentum and I’m extremely excited about introducing the next generation of comics readers to what’s to come… There’s a sea change afoot and I hope we can look back on this period as a turning point in the representation and participation of women in comics.

Check out the She Changed Comics Kickstarter campaign or find out more about the Comic Book Legal Defense Fund.

Linkedin
RELATED ARTICLES
OTHER ARTICLES
A group of Ukrainians living in Poland are helping Ukraine withstand Russia’s brutal invasion by buying supplies and shipping them directly to the war’s frontlines.
To mark the anniversary of the mass trespass of Kinder Scout, a group of hikers came together with the intent of creating a new, fully inclusive culture for rural spaces.
The situation in Afghanistan remains dire, with many groups facing persecution at the hands of the Taliban.
Following the release of his latest album God Don’t Make Mistakes, the rapper talks horror villains, police brutality and being unafraid to show his vulnerable side.
In the last of our dispatches from OFFF Barcelona, Rufus Deuchler and Vincent Gault discuss the future of creative process.
The author discusses her blistering new novel about history, revolution and queer love.