Art & Culture / ‘You have to interrogate your own prejudices‘ 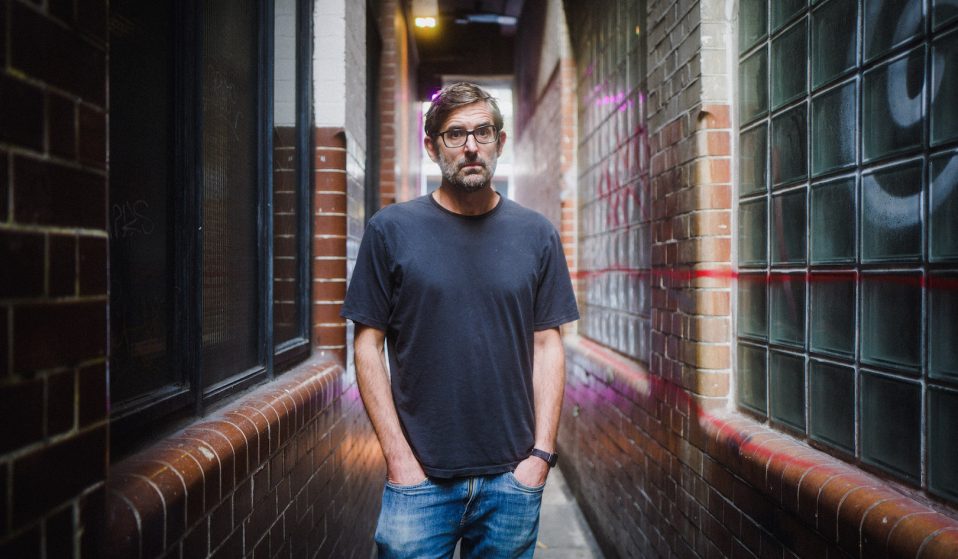 The documentarian discusses his new series delving into some of the most controversial corners of American society.

Ahead of the release of his new TV series, the documentarian discusses delving into some of the most controversial corners of American society and facing up to past criticism.

“You’re a total fucking scumbag… you’re weak and you suck. Go fuck yourself.” This is just one of the many insults hurled at Louis Theroux in ‘Extreme and Online’, the first episode of his new three-part series, Forbidden America.

This particular exchange takes place when Theroux challenges Beardson Beardly – an online gamer with far-right affiliations – over a photo of him giving a Nazi salute. The documentary, which examines with tenacity and a sharp-critical eye a generation of young, angry characters linked with the far-right in America – is arguably Theroux’s strongest work in years.

Theroux talks to Huck about wrestling with far-right trolls, incel culture, reflecting on criticism and holding his subjects to account.

Is it harder to find new stories that still shock in this day and age given our constant exposure to the weird, outrageous and offensive via the Internet?

No, because the world continues to be shocking. If things going on in the world do not shock you, you’re probably not paying attention or you’re just not that curious. I think a world where rappers in Florida are routinely being arrested and feeling under threat from rivals or envious friends is an extraordinary thing to think about.

The far-right I think speaks for itself but for understandable reasons, that world hasn’t been greatly covered; there’s been a very laudable restraint in a way. I think because people think if we’re going to cover someone like [American far-right and white nationalist political commentator] Nicholas J Fuentes, as we do [in ‘Extreme and Online’], that they have to be covered in a way that feels like they are holding them to account, because we don’t want to give people uncritical platforms.

Is there any danger of that? Some suggest no platforming these people is more effective.

I’ve done interviews in prison or maximum-security mental hospitals where I’ve interviewed people who’ve abused children, murdered, tortured, and sexually assaulted people. I guess, broadly defined, I was platforming those people, but where would we be if we lived in a world where you couldn’t interview anyone who had done something dreadful? Where would journalism be?

What you have to think about is: what’s the reason for interviewing them? How do we hold them to account? If their attitudes are dangerous or poisonous or destructive, how do we interrogate them sufficiently that it feels as if the journalistic job is being done? That’s how I approached it and it was something I took very seriously. I‘m there attempting to challenge and disrupt but also elicit truthful and revealing moments. It’s not an exact science but that’s why I think that these programmes are made responsibly.

To be honest I was a little bit surprised, but maybe I shouldn’t have been. In hindsight, maybe I should have been more sensitive to the way in which sex workers have not been heard or represented in a responsible way. I haven’t gone back and watched Selling Sex since it went out but I do know that in making this I really was aware that a totally undeserved stigma exists around people who work in the sex industry and that you have to unpick that from your own attitude.

With the far-right film, the stark contrast between 2003’s Louis and the Nazis is how much people linked to the far-right run away from the term ‘white nationalist’. They are always wriggling out of that association while actively defining it. How are you defining what the far-right actually is?

It’s an inexact term but these guys are to the right of the right-wing of the Republican Party. They like Trump but they don’t like most of the Trump congress people, they think they’re too wishy-washy. Steve Bannon is often brought up in the context of the far-right as a sort of international populist figure; they refer to him as Populism Inc.

They’re openly misogynistic, they’re openly homophobic and their racism is slightly more coded, but it’s not far below the surface. They’re explicitly in favour of white racial consciousness as something that needs to be amplified and actively preserved.

There seems to be a real overlap with incel culture based on what you document.

It’s all related. In fact, it’s not in the final cut but one of the characters, Baked Alaska, who says he’s the most intricate troll in America, told me his audience is basically 90 per cent incels. They explicitly appeal. It’s gamers, people on the Internet, and it’s largely young men who are in different ways either maladapted or groomed into forms of behaviour that are anti-social.

When I was a kid, I enjoyed things that felt transgressive, so it sits alongside that, too. A kind of very relatable impulse to shock, to enjoy things that are disgusting. That then gives them this sort of deniability; they say outrageous things and say ‘Oh we’re just saying it to trigger the libs’, but actually a lot of it is just because they believe it as well. Which makes a very murky terrain to navigate because they’re constantly hiding behind the pretext of it being just jokes.

How much meaningful impact do you think these new breeds of young, and very online, far-righters are actually having on culture and political discourse?

I think they are people that we need to be aware of, and I think, quite evidently, they played a role in Trump’s election; whether it was as big a role as they’d like to make out, I don’t know. The phrase that they like to use is: we meme’d him into the presidency. There’s an influence and a sort of trickle down effect.

Nicholas Fuentes is almost like this kind of enfant terrible of the far-right of the Republican Party. They banished him but he has some sort of a pull on them. It’s a little bit analogous to [Nigel] Farage, in that there was a feeling that Farage was able to pull the Tory party to the right because they were fearful of being outflanked by him. There’s a little bit of the same here because most of Fuentes’ vitriol and his trolling efforts aren’t directed at the left, they are directed at the right-wing of the Republican Party. He goes around making fun of right-wing Republicans for being insufficiently right-wing.

They all seem deeply insecure – and ironically, given their antagonistic and troll-like behaviour – very thin-skinned. Did you get a sense of this?

I think a lot of what lies behind incel culture in general and aspects of the far-right, as it exists among young gamers, is a kind of fragility, like that term ‘fragile narcissism’. That feeling of ‘Oh, girls won’t talk to me, cool people won’t talk to me and I’m gonna get more and more angry and then just spill my vile or find my tribe online’.

If you look at Beardly, he’s sort of a hipster ironist – an irony bro. A guy who basically says things that are outrageous but does so slightly under the guise of irony and it’s never quite clear what they really believe about anything. A kind of edgelord shitposter. So there he is online spilling poison then I find a photo of him doing what appears to be a Nazi salute and I talk to him about that and he gets all bent out of shape. I just find that really odd.

Do you worry about any angry comeback from any of these far-right people at all once it airs?

I do think we approached all three of the episodes, including the far-right one, with a great deal of integrity. I’d like to feel that will be reflected even by those people watching who are in them. But I might be kidding myself. People like Nicholas [J Fuentes] haven’t done much TV but he did a program for MTV and he was really angry and upset about it. So he may see this and be upset and deploy his army of trolls and incels to come after me. We’ll see.

Linkedin
RELATED ARTICLES
OTHER ARTICLES
Proposals to introduce a minimum GCSE threshold for student loans will disproportionately affect those from marginalised backgrounds.
In the latest instalment of Photographers in Conversation, the chronicler of raves, protests and beyond explains why he’s drawn to such specifically visceral environments.
Over a dozen Stop Deportation activists locked themselves to each other outside a detention centre to prevent coaches taking those due to be on the Rwanda deportation flight from leaving.
The curators of a new exhibition are hoping to shed light on Plymouth’s vibrant but often overlooked nightlife.
50 years since its inception, and the campaign calling for recognition that capitalism depends on domestic labour is as pertinent as ever.
The past five years have seen a staggering increase in foodbank usage across the UK. Now, staff fear things are set to get much worse.