Art & Culture / Cubans are online and hustling despite restrictions and censorship 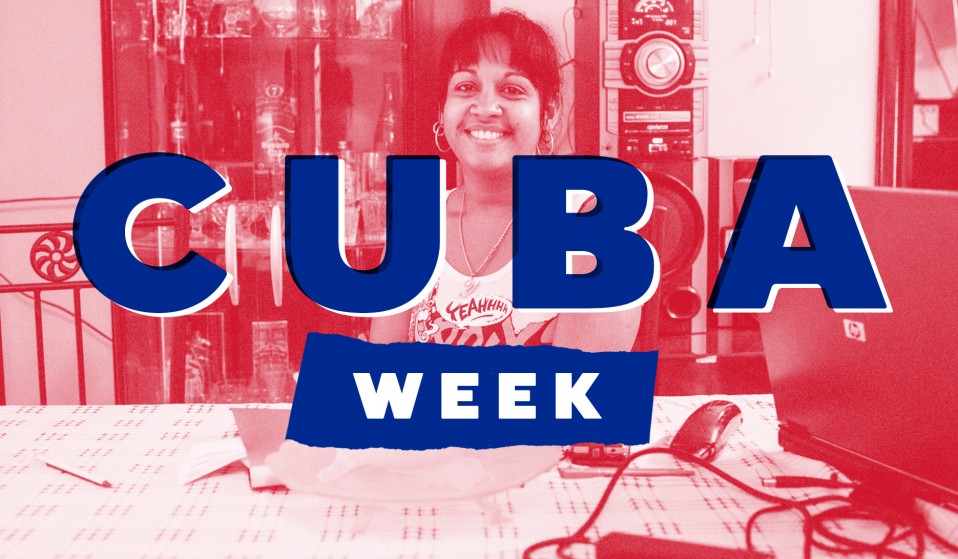 This woman found another way to get online, and hustled.

Access to the internet in Cuba is heavily restricted, and not available in people's homes. Zenaida, however, found an imaginative way to get online, and then she started hustling.

Zenaida has been running her casa particular in Cuba for a fair few years now. We first meet when she picks me up at the local bus station, holding a sign bearing my name. It’s a professional touch, as taxi drivers hustle arriving passengers for their onward ride. We’re on the east of the island, having travelled hundreds of miles to be here.

Running casa particular, or guesthouses, is pretty common in Cuba. As the number of tourists arriving in Cuba increases faster than the infrastructure needed to accommodate them, Cuban’s are filling in the gap – and making a healthy profit in the meantime.

“Come with me,” she laughs, pushing her way through the crowd as we speak, “those taxi drivers will eat you alive. I’ve got a taxi waiting for you across the road.” Her smile is reassuring, as friendly as anyone I’ve met – but she’s not the man called Rodrigo who I’d been expecting to meet. “You’ll be staying with me as Rodrigo’s house is full,” she says, matter-of-factly. I’m happy to go with her, although it appears that I don’t have much choice. 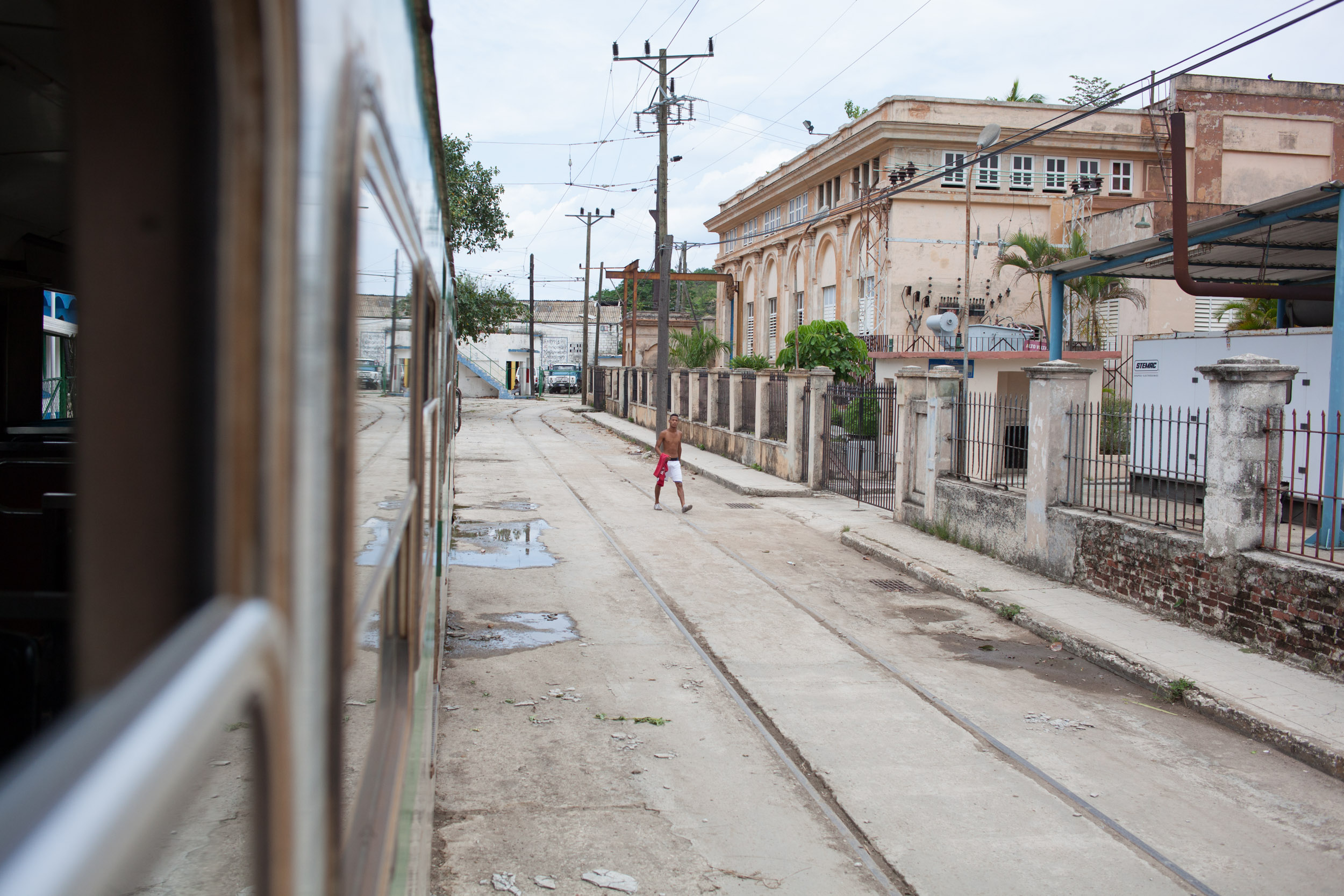 We jump into a taxi with Zenaida – it turns out the man driving us is her friend. With the scenery rushing past outside, I turn my attention to the two strangers sitting in the front.

Deep in conversation, they’re both covered in bling jewellery, a sign that they’re doing better than most on the island. Many Cubans struggle to buy even the most basic of clothes, thanks to the U.S. trade embargo, although they all somehow find a way to keep oozing style. With the car slowing down, the driver charges me $6 for a $3 ride, and I realise they’re working together. They’re playing a game, and they’re winning.

It’s normal for Cubans to work closely with their friends and family; helping each other out makes it less hard to get by. In a country where the average salary is just US$25 (although it’s worth remembering that education, healthcare and food rations are all provided free by the state), there’s a culture of you scratch my back and I’ll scratch yours.

As I jump out the car I feel slightly anxious, it transpires that Zenaida’s guesthouse is in fact on the outskirts of the city, nestled on the side of a busy main road. It’s not quite what I’d been expecting. She offers me breakfast, and guides me through the attractions in the area from her chair. Clearly a businesswoman, she cheekily recommends that I make day trips to the beach (which is 45 minutes away by taxi), rather than stay in one of the many beachside hotels, offering a discount to entice me.

I ask where the nearest internet café is, a must know for any visitor, and clearly feeling more comfortable around me Zenaida lets me into a secret. 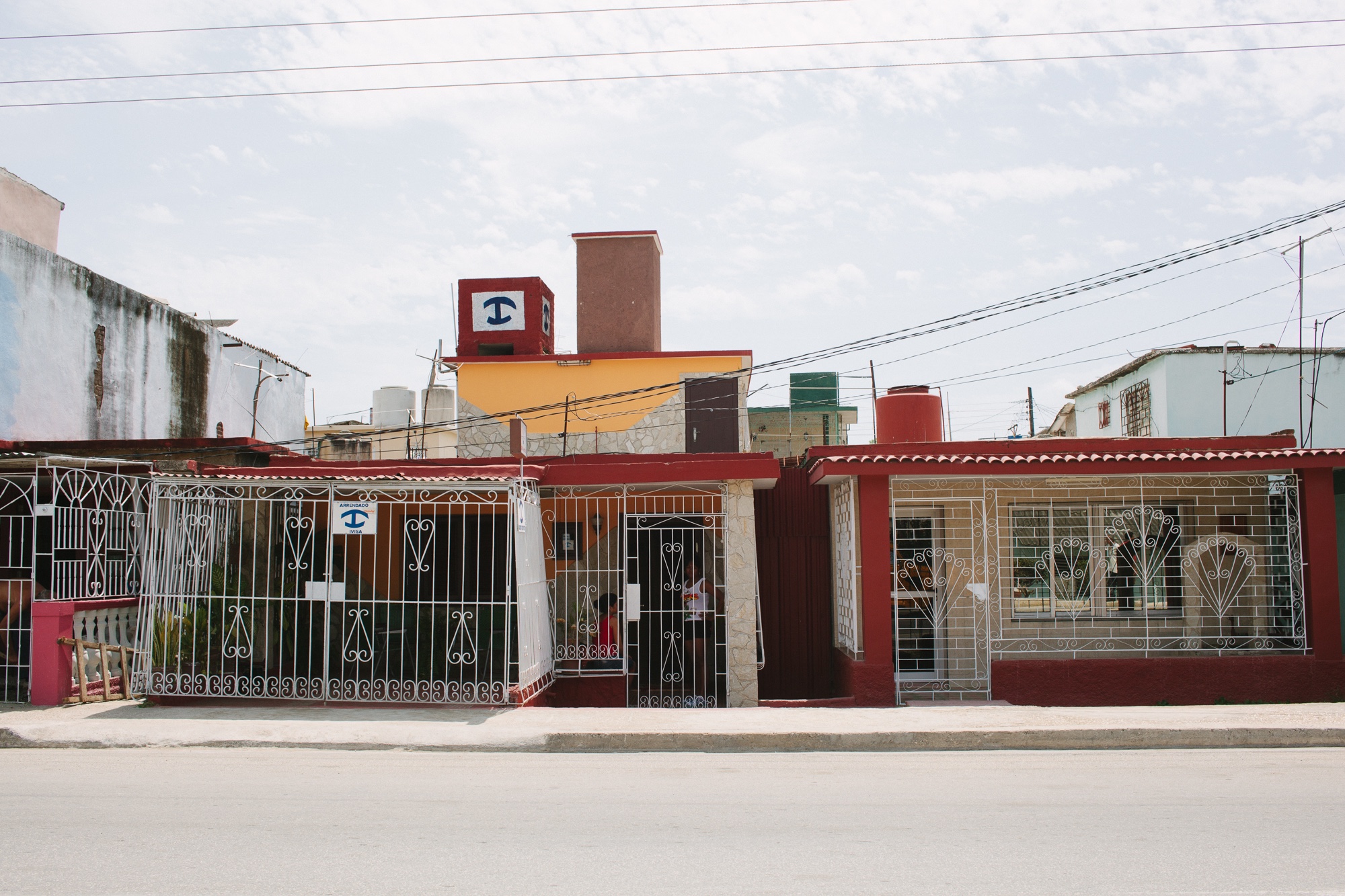 Zenaida actually used to have internet access in her home, she reveals proudly, and it lasted for over three years. I’m pretty surprised. Cubans rarely have access the internet in their homes; a cocktail of poor infrastructure and strict government controls means approved internet cafes and designated Wi-Fi hotspots are the only places to get online. Unsurprisingly they’re busy – you can wait for hours in the scorching heat to send an email or jump onto Facebook.

Zenaida, however, found a way around this. Foreigners working in Cuba are able to get internet access in their homes, and this got Zenaida thinking. A few years ago, just as she was starting out with her business, Zenaida met a Bolivian woman, and cunningly offered to rent her a room. Through this young woman, who soon became a friend, Zenaida was able to get internet in her house (she doesn’t go into much detail, it’s her “trade secret” she says jokingly).

Over the past year the government has been slowly increasing internet across the country, but Cuba still has one of the lowest internet penetration rates in the world. According to estimates, less than 30 per cent of the population have access, and the internet when accessed is censored. You only need to look at the case of Cuban blogger, Yoani Sanchez, to see this in action.

The government are exercising caution when it comes to expanding access to the internet, and social media. After it came to light that one social networking site in Cuba, Zunzuneo, was receiving funds from the US government, the authorities came down hard. Zunzuneo, which was created in 2010 by the United States Agency for International Development, was seemingly an attempt to encourage young Cubans to spur a “Cuban Spring”. 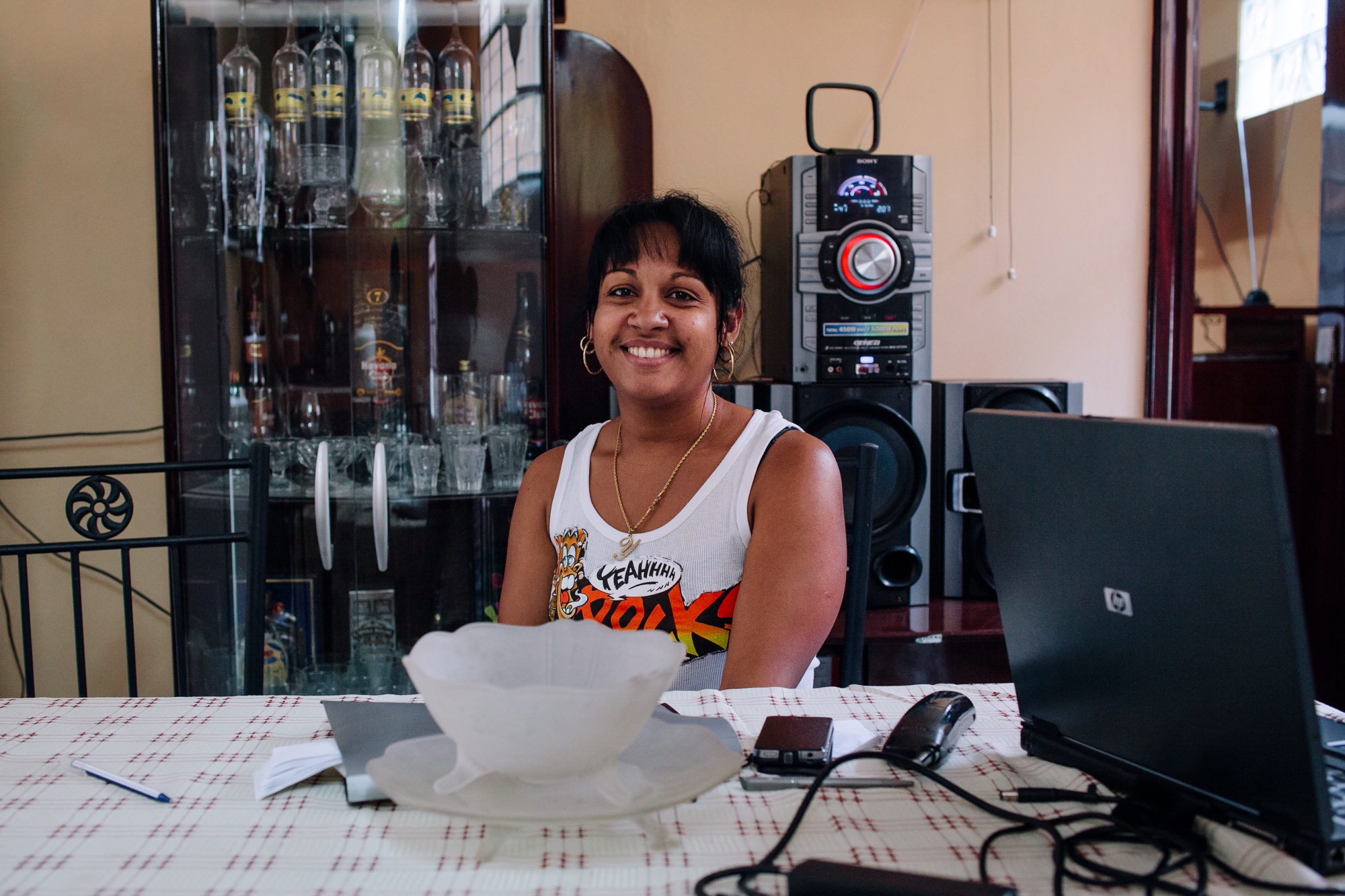 Despite tight controls, the internet has been essential in allowing Zenaida’s small business to thrive. The web has created a platform for her to target international tourists through sites like Airbnb, and with a connection in the house she could beat the competition by responding faster than her competitors. The constant access also meant she could with a Dutch website designer to make herself a site – with the capability of taking bookings and advance payments online, a significant achievement given U.S. restrictions on banking to Cuba complicate these types of transaction.

Frustratingly for Zenaida, her Bolivian tenant left Cuba year, taking with her this special corridor to the web. Now Zenaida has to head her nearest internet cafe every other day to check her emails and website, meaning she may well be losing her edge on the competition.

Her trips to the official hotspots don’t come cheap – it costs almost $5 for two hours surfing. “It’s the cost of doing business,” she sighs acceptingly, but it’s eating into her profits. Despite the setback, Zenaida’s doing pretty well for herself; a night in one of her rooms costs the same as a Cuban state worker’s monthly salary – and fortunately her casa particular is almost always booked. “A US citizen has made a reservation for two whole weeks,” she tells me proudly. “Once I had a student from Canada who was supposed to stay for a week and ended up staying for a few months.”

Zenaida says that although the government is changing the rules for internet access and improving IT infrastructure, any significant effect will take time, and she reckons that having widely available affordable internet in Cuban homes is still a long way off.

Just as I feel like we’re just starting to bond, chatting away about the power of the internet, she turns to me with a grin. “So it’s US$25 per night. How long are you staying?”

Linkedin
RELATED ARTICLES
OTHER ARTICLES
RaD was inclusive, underground and unapologetically British. Almost three decades after it ceased publication, the people behind its success remember its influence.
With the virus now a global health emergency, we must take steps to fight misinformation and demand a swift UK-wide vaccine roll out, writes Phil Samba.
Photographer Anne-Marie Michel captures the women who through determination and strength are forging their own way in a male-dominated industry.
From the chip shops, to the bingo parlors and burlesque dancers, photographer Mike Coles remembers capturing scenes of holidaymakers by the English coast.
To mark the premiere of his new documentary on surfing giant Gerry Lopez, the filmmaker and former pro skateboarder sits down to share his unique brand of wisdom.
Photographer Jack D. Teemer travelled through US cities to create a vivid document of a region in decline.