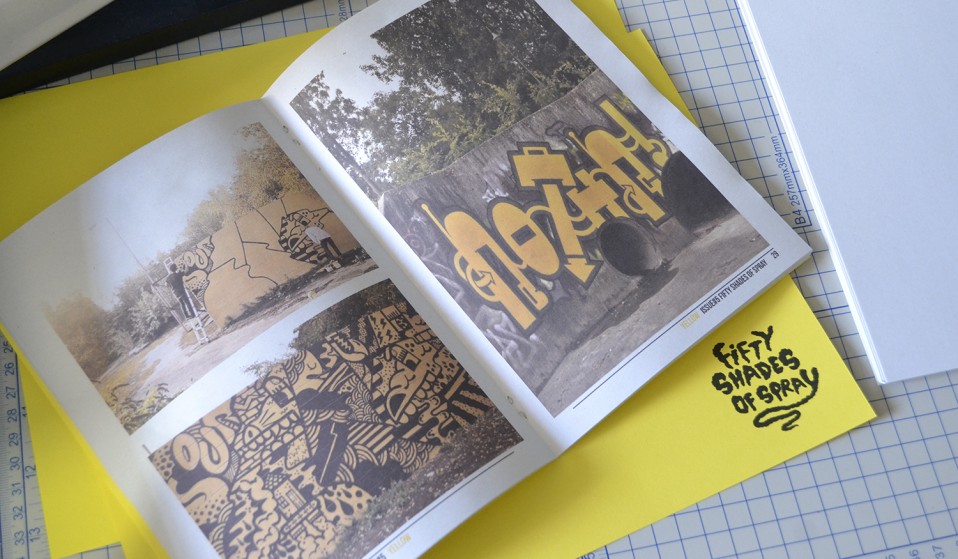 Fifty Shades of Spray is a pocket-sized, colour-themed zine that combines local and international street graffiti with the pop energy of vintage DIY zines.

Artist and designer Herbert Lemon is the man behind Fifty Shades of Spray – a pocket-sized, colour-themed zine that combines his love for local and international street graffiti with the pop energy of vintage DIY zines. Huck spoke to Herbert to talk about his one-man operation.

Fifty Shades of Spray is a new zine celebrating graffiti art from around the world. The brainchild of Nottingham-based artist and designer Herbert Lemon, every issue of Fifty Shades is driven by a central colour (past editions include Green and Chrome), featuring photography submitted by readers from around the globe. Along with feature interviews with local and international artists, thrown in are an array of cool free gifts to truly enhance the DIY zine aesthetic, including stickers and keyrings. The Pink issue even came with free candy.

With production currently under way on the Yellow-themed Issue #5, Huck sat down with Herbert Lemon to get the lowdown on how the zine came to be.

Tell me a little bit about your background – How did you get involved with graffiti?
I got into graffiti at a fairly young age. I’d read a book at school called Scribble Boy, and after that I just started running around scrawling my name on various surfaces. I’d use whatever I could get my hands on – hair dye spray was one of my favourites. Kiwi shoe polish, Bingo dabbers. I’ve refined things a bit more now that I’ve grown up… 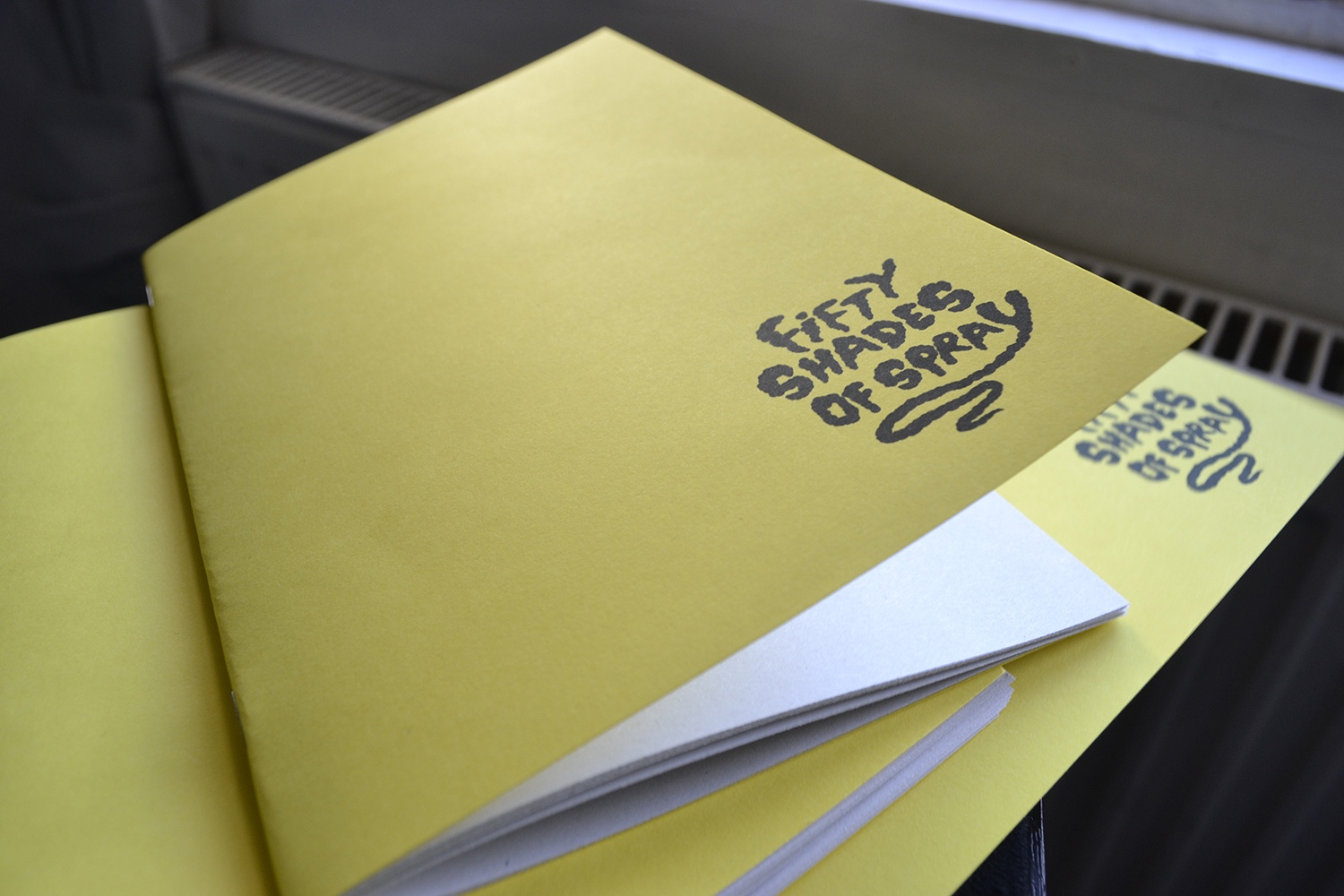 How did the zine come about?
The zine started off as a video initially, but after seeing a folder full of graffiti images all of the same colour, it hit me that it would work really well in print.

I wanted to keep the DIY feel of a zine, but have the reach of a big glossy mag. One of the things I used to really look forward to was the free packs of art from Don’t Panic! They’ve definitely been a big inspiration to me. Once I’d come up with a catchy name, it was just a matter of collecting images and developing the final product.

Can you talk a little about the process of putting it all together – is choosing a colour theme for each issue the easy part, or is it more challenging than it might initially appear?
The idea behind the zine is mainly to challenge people to think differently about the art form, and to focus less on the self destructive aspects of it. Like illegality. It also challenges artists to step out of their comfort zones, as sometimes the style and shape of their work can get lost in a sea of colour.

I print and put together the zine myself, so it can get pretty hectic, especially while trying to keep up contact with all of the people involved.

I guess the easiest part would be picking the colour themes for every issue, although it’s going to get a lot harder once we’ve gone through the rainbow! After we choose a colour, we contact and brief the artists that we’d like to feature for interviews, and open our email up for submissions. The following weeks are spent being heavily bombarded with email, and then shortly after that by a very tiring week of printing. 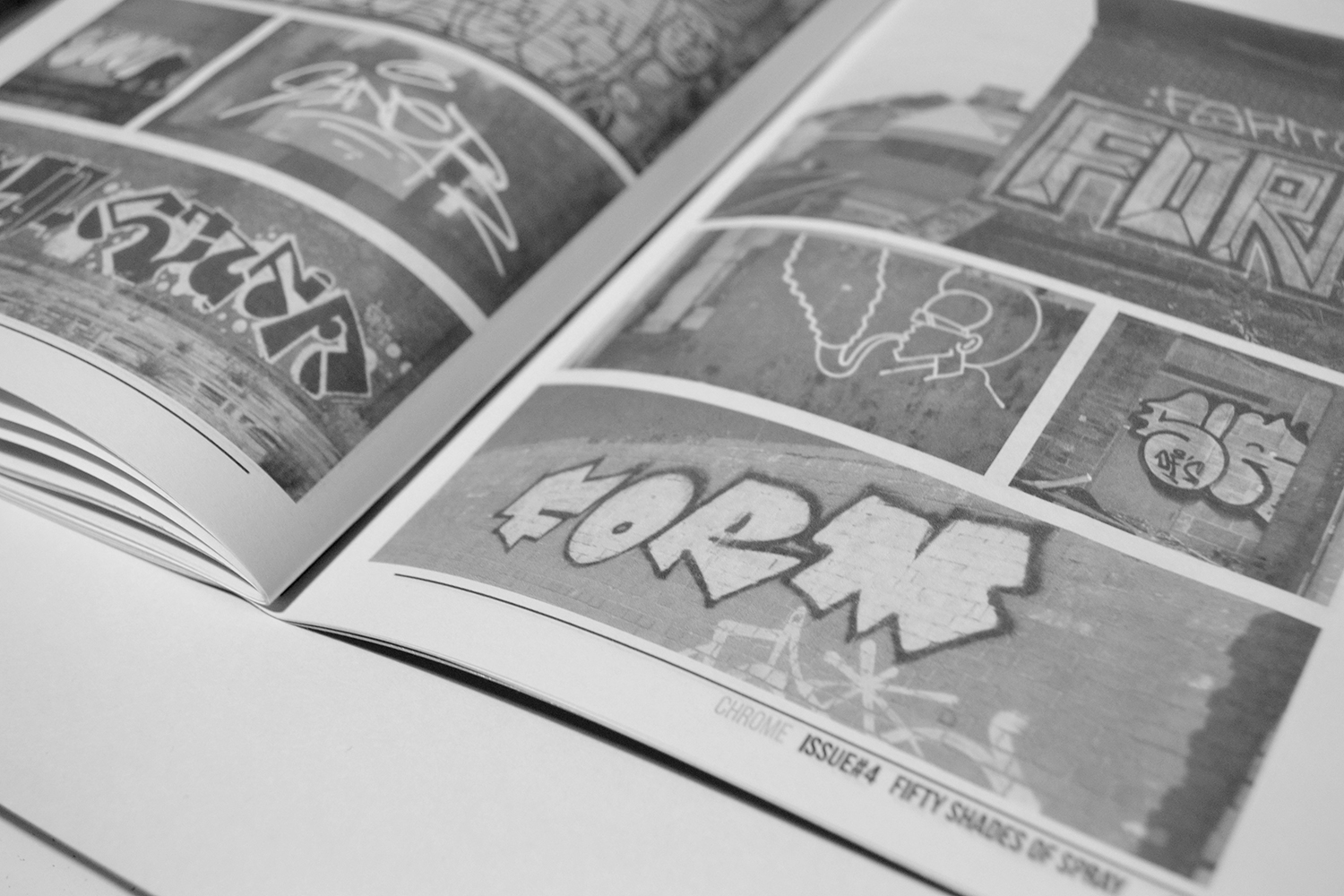 Talk me through the submission process. How far-reaching has it been so far?
We’ve been really taken back by the reach we’ve had. The majority of the work is created directly for the zine and is sent in from across the world. Everywhere from Hollywood to Tokyo. In fact, only 35% of our fanbase is from the UK. Submissions come in from all over, and it’s really humbling to see the lengths some people go to create art and send stuff in. We’ve had great feedback across the board and worked with some really cool people.

How do you feel graffiti and street art is represented in culture right now? Is there enough of it? Is it given enough coverage or attention?
The golden question! There’s a lot of mixed opinion on street art and how its overshadowed and stolen the spotlight from ‘real graffiti.’ Personally, I think it’s been good for the scene and created a lot of opportunities that wouldn’t have otherwise existed.

Street art has also created a more relaxed attitude towards graffiti in some cities, which only seems to have gone down well with graffiti artists that were previously skeptical.

I think street art and graffiti have been given a huge amount of attention in recent years, especially with people like Shepard Fairey and Banksy. There are even graffiti videos, such as Sofles’ Limitless, which have more hits than current chart music. That goes a long way in showing it’s having a big impact. I think younger generations will see the art form in a less negative way, too, and it’ll only continue to grow and be more accepted over time. 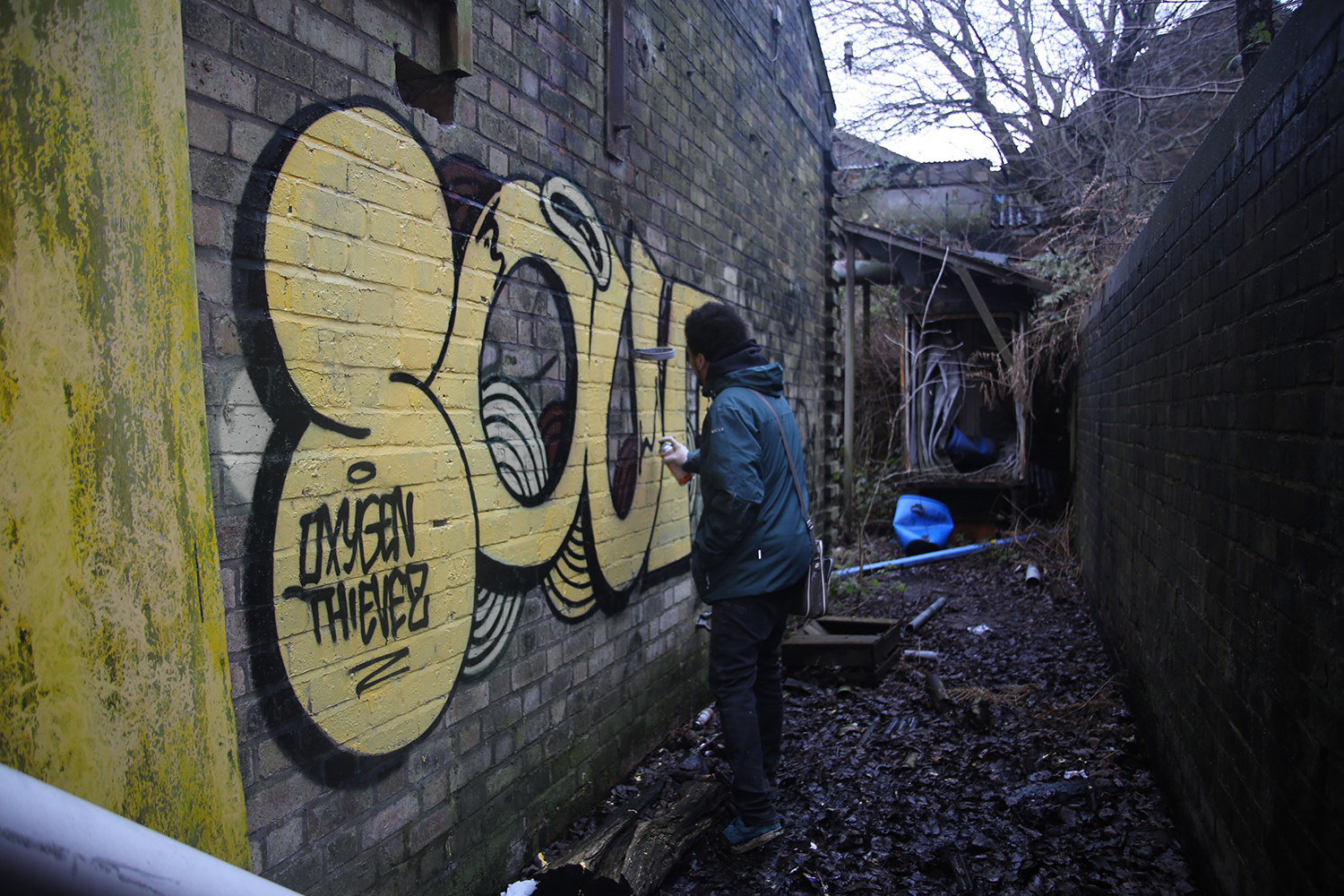 Do you have any future projects related to the zine that you’re hoping to put together?
Wallporn is one – it’s a take on an already existing concept but just re-designed to be more suited to graffiti artists. Its a zine filled with pictures of walls, doors and other surfaces graffiti and street artists might like to paint on. The existing model of the concept is a notebook aimed at people wanting to doodle political messages and jokes. We’ve used thicker paper for graffiti markers, and photographed walls we feel artists would prefer to paint on. We’ve also added a blank poster so you can hang up or display something, saving the need to rip anything out.

We also have a few other side projects that are slowly being worked on. Blackbook Sessions is a video series following different artists and their workspaces, and we hope that will be a weekly or fortnightly thing. Our YouTube channel will also play host to a whole range of different videos, including short films and documentaries about graffiti and street art, and other aspects of complementing cultures. I’m sure we’ll also dabble in clothing and more artist collaborations in the future, too.

We have no plans to stop anytime soon, so keep your eyes peeled!

More info on the zine can be found at Fifty Shades of Spray, or on its very colourful Instagram.

Linkedin
RELATED ARTICLES
OTHER ARTICLES
For over a decade, gamblers have won big by employing people to place live bets from the court. But does this dubious method still work?
Thousands attended the annual event this year to wheelie through the city and call for ‘knives down, bikes up’.
A new project is documenting formerly incarcerated people as they transition back into civilian life.
A 37-year-old woman shares how her abortion led her to become a clinic worker, and the abuse she’s received in that role.
By turning a real-life crisis into daytime television fodder, TV bosses have once again shown themselves to be completely out of touch with audiences.
The idea that a younger generation is abandoning work has become a popular narrative online, but it doesn’t necessarily reflect reality.