Huck Film / All Films / The photographer who found freedom through running

Elliot Huntley fell into depression when his dream of cycling came to a premature end. By taking up running, he took back control and reinvented himself as a photographer.

Elliot Huntley fell into depression when his dream of cycling came to a premature end. By taking up running, he took back control and reinvented himself as a photographer. His story is celebrated in Nothing Beats A Londoner, a new series produced in collaboration with Nike celebrating teens whose lives have been transformed by sport.

Elliot Huntley can pinpoint the moment that sparked a five-year obsession. He was watching a video of cyclist Mark Cavendish winning the 2011 World Championships and thought to himself, ‘I want that.’

Elliot was just 12 at the time, but he launched himself into a new passion with all the focus of a full-time professional.

“There was no life off the bike,” he says now. “Everything revolved around cycling: what I ate, what I wore, what I did. I’d prefer training to sleeping. I’d skip meals from the morning until nearly nighttime. I’d skip school just to go cycling. Nobody there understood… I was just obsessed with being in the Olympics.” 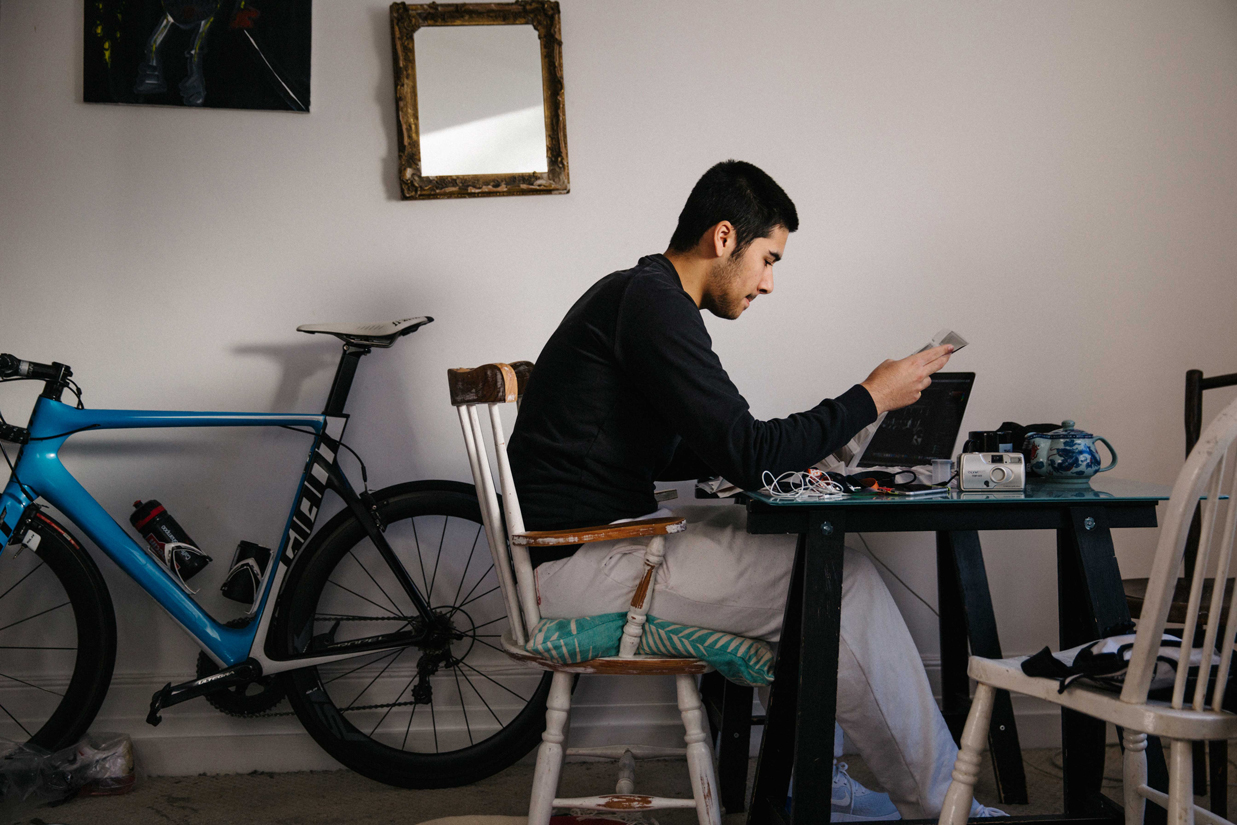 Elliot is sitting in the flat he shares with his mum and stepdad in Victoria Park, East London, his tall frame dressed in baggy skatewear. The 19-year-old, who’s soft-spoken but quick to make a joke, grew up between Thailand, where his father’s from, and the UK, where he settled at the age of eight.

But it was the summer between primary and secondary school when Elliot’s drive to become an Olympic cyclist took hold. Despite a patchy academic record, he managed to study sport at Writtle University College, in Chelmsford, and was soon on course for a place at the academy behind Great Britain’s cycling team, an elite programme designed to foster talent at an Olympic level over four-to-six years. 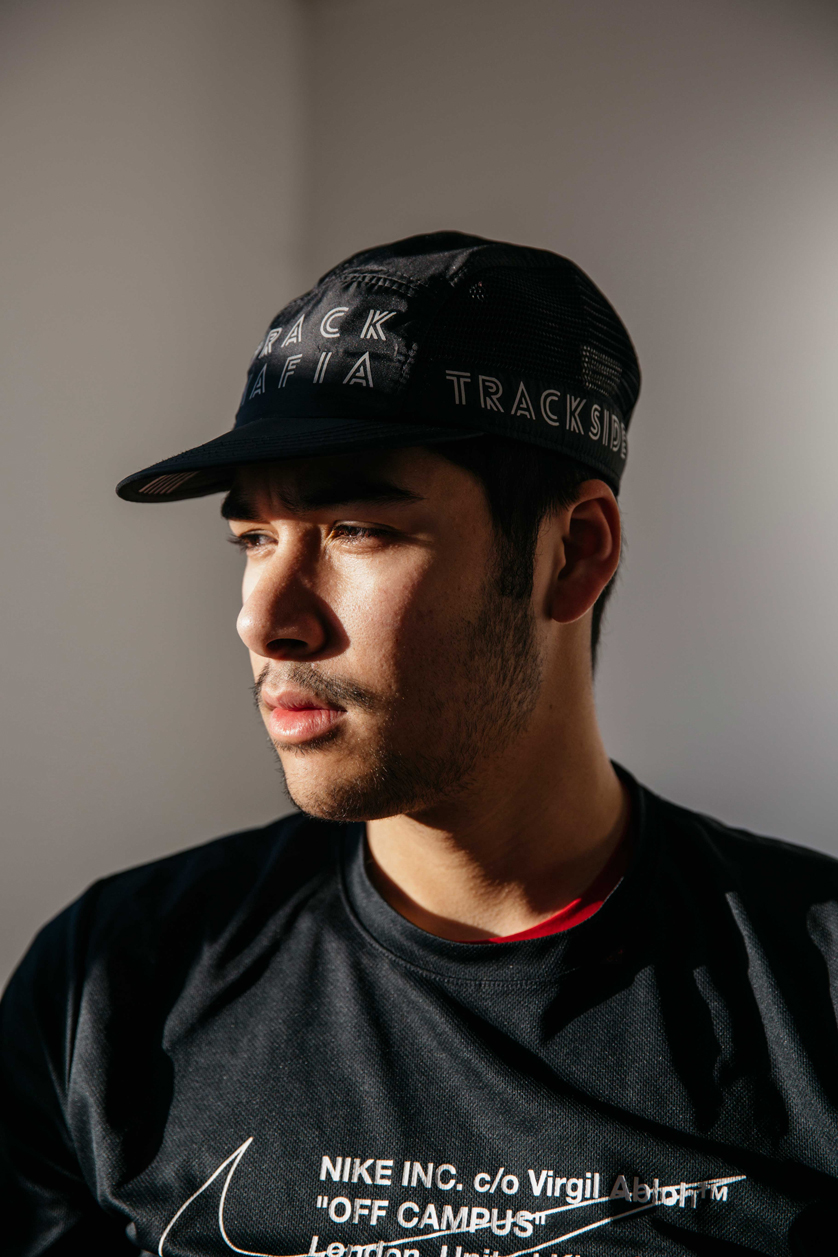 There was no pressure from his parents or anywhere else, he clarifies; the determination was all self-applied. In fact, Elliot prefered to train in isolation – believing that the company of competitors would weaken him. But at some point Elliot realised he had no social life. When you’re 13, he explains, that’s easier to dismiss because you still feel like a kid. But at 16 or 17, the absence of friend starts to weigh on you.

“Looking back, I did not enjoy it,” he says. “It was an addiction. I realise this now. It ruined me from the age of 13 to 17. That whole part is just blank. I didn’t see anything else. I was ridiculously healthy; I must have had a lean-to-fat ratio of under four per cent. But mentally, I was gone.” 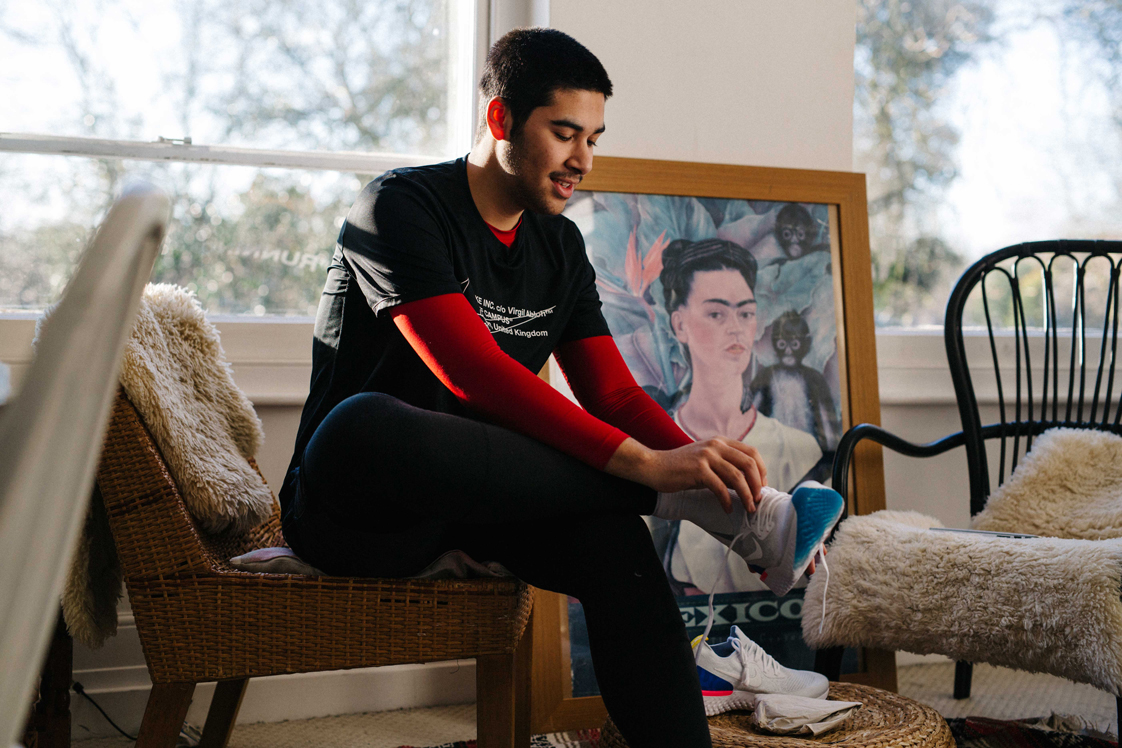 Still, his goal beckoned. Elliot was chosen out of thousands to be tested for the GB Academy. After making it through the first round, fears of failure kept Elliot awake all night, his anxiety undoing years of preparation.

“That’s what triggered me to have a mental breakdown,” the cyclist says matter-of-factly. “When I found out I didn’t get in, I spent nearly a month in my room with the blinds shut, not going out, just doing nothing.”

For every week you spend off the bike, Elliot explains, it takes three weeks of training to get back to the same level of fitness. So as the days in his bedroom stretched on, just the thought of cycling felt nauseating.

It wasn’t as if Elliot’s sporting career was over – it turned out his measurements were ideal for kickboxing, and his college assured him that he’d make a great personal trainer. But he just didn’t want to hear it. There was no passion there.

“I went into therapy and all that for quite a few months. And then spent a lot of time thinking about shit. I had so much going on in my head… I had to completely reset.” 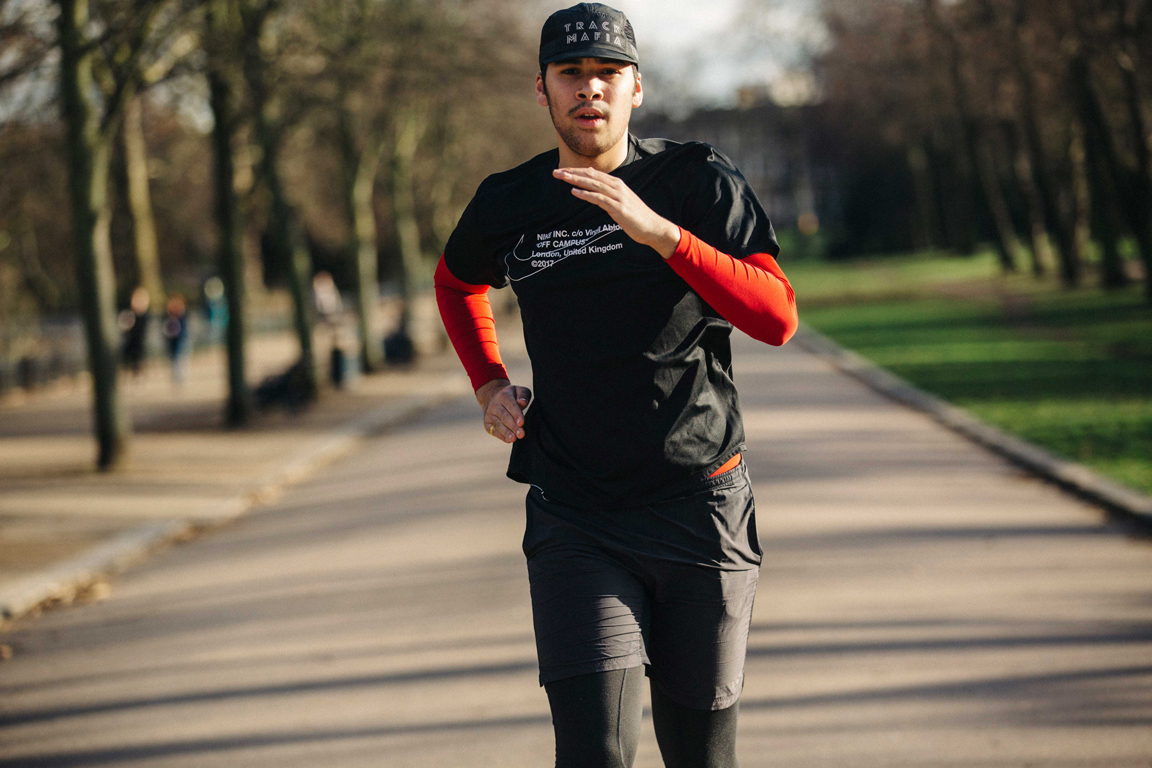 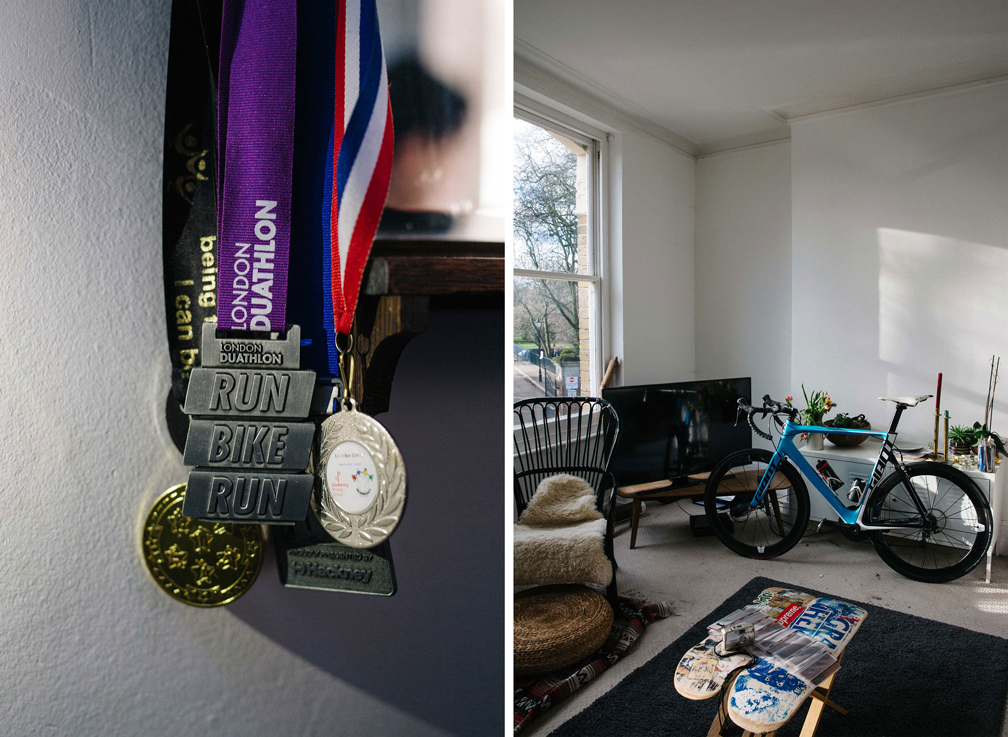 To do that, Elliot hooked up with some old skate mates and discovered that the deck, clothes and stickers he’d kept from years before had shot up in value. That sparked enough curiosity to gradually draw Elliot into the world of streetwear.

He joined a Facebook group called The Basement, one of the internet’s biggest communities, where fashion lovers discover the latest drops, buy and sell gear or show off rare finds. Then Tayler Prince-Fraser and Milo Black, two prominent members of The Basement, invited Elliot out running – an invitation he initially balked at. “I said, ‘Running? I hate running. Who goes running?’ But they were like, ‘Just come.’”

Track Mafia is a meetup for people who wouldn’t end up at a traditional running club. Every Thursday at Paddington Recreation Ground, runners are put through a series of drills and exercises – with the emphasis firmly on fun rather than competition. That’s when getting fit just for the sake of getting fit turned out to be his reset button. 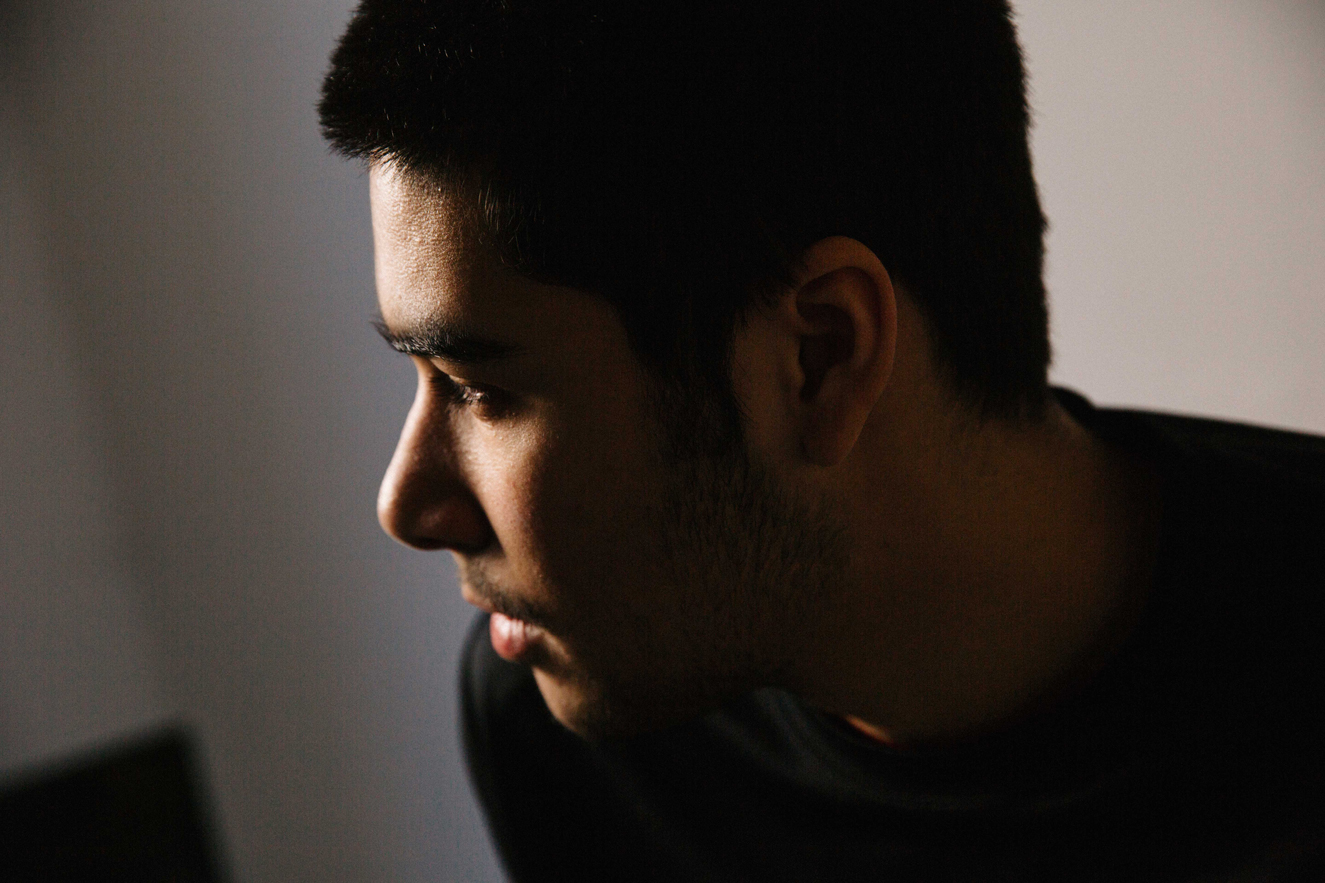 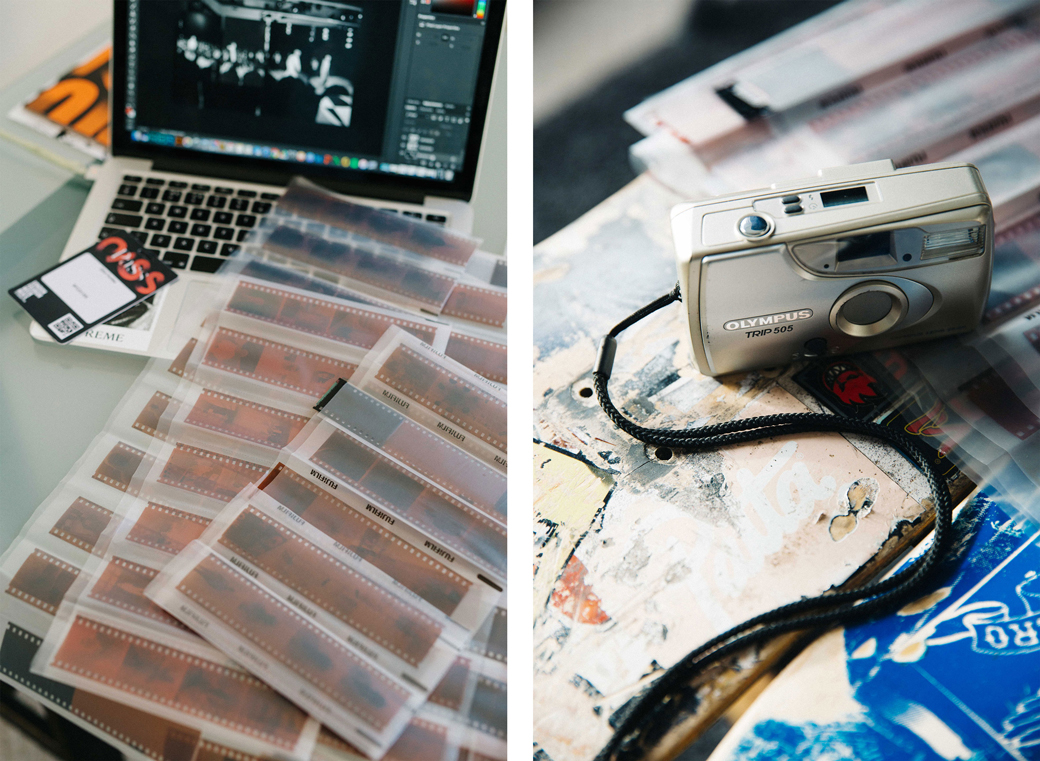 He adds: “So many people are thinking about stuff they have no control over. Whereas if they went out for a run, you can control that space, and it puts you in a good mindset.”

But running also helped to uncover another passion. Getting into streetwear prompted Elliot to dig out an old camera he’d used for a photography class at school. After taking some photos of friends in their outfits, his shots blew up on Instagram – “The endorphins were going off, like, ‘This is amazing!’” – and pretty soon he was being asked to take pictures at running events. 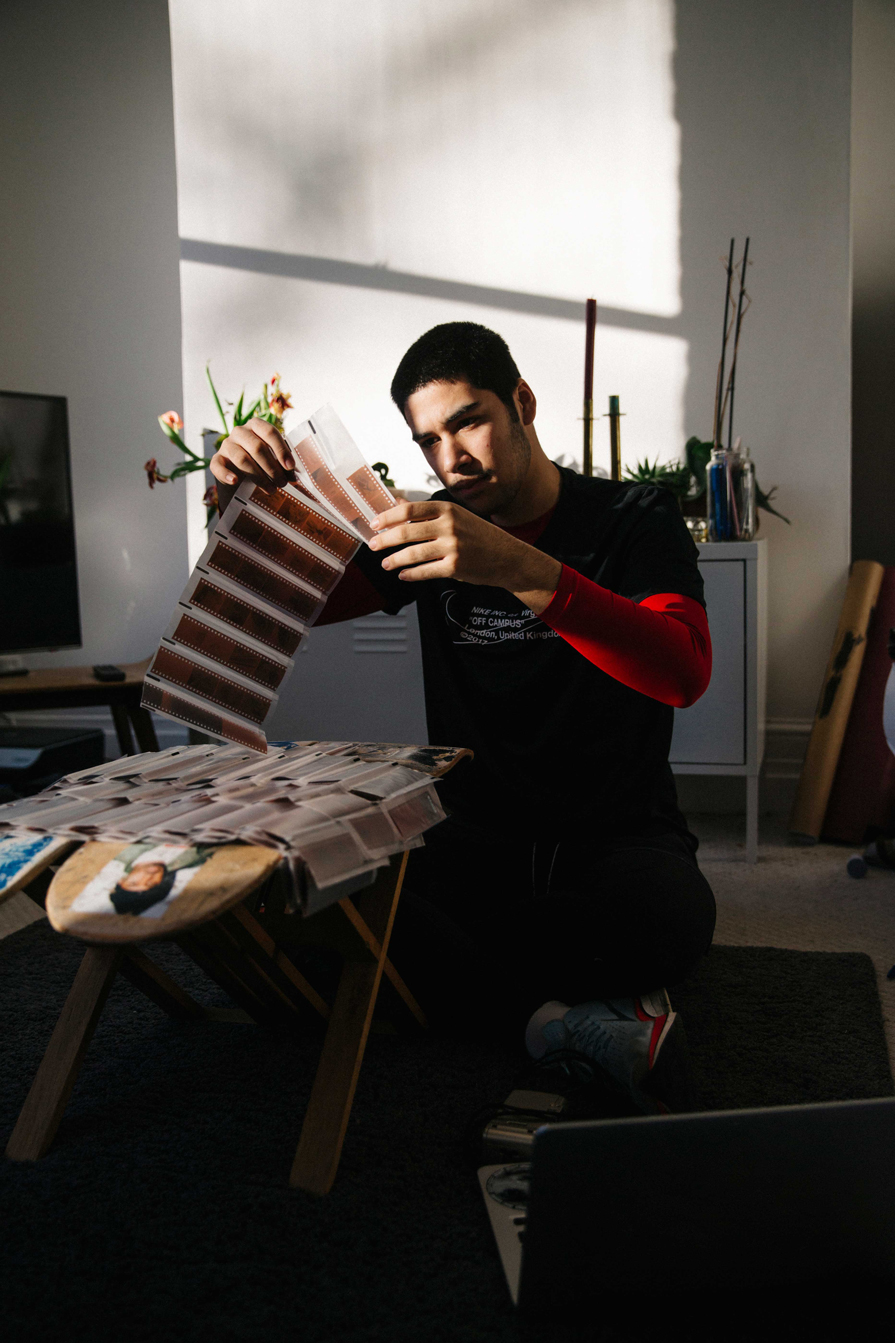 Today Elliot can easily spend a full week checking out other photographers, watching video tutorials or keeping an eye out for stylish subjects on the street. He’s been approached by all sorts of platforms, he says, but he’s determined to keep it fun for himself. By remembering to reflect on what he does, as well as counteracting any negativity with a hard run and a long bath, Elliot manages to steer clear of those old pressures.

“I was never really happy until I saw something else I could do in life, when I found new friends and started catching up on what I missed out on,” he says. “So I guess I’m making up for all the fun I didn’t have then.”

Linkedin
RELATED ARTICLES
OTHER ARTICLES
Ahead of the release of their first collaborative album, the producer and rapper talk psychedelics and the state of UK hip hop.
As the Scottish government announces a rent freeze, an activist with Living Rent who fought and won shares how they did it, and what must come next.
By turning a real-life crisis into daytime television fodder, TV bosses have once again shown themselves to be completely out of touch with audiences.
Following the announcement of an 80% hike in the energy price cap from 1st October, crowds gathered outside the offices of energy regulator Ofgem to protest and declare their intention to undertake a payment strike.
With skyrocketing rents, packed out viewings, bidding wars and more, renting in London has never been harder.
Thousands attended the annual event this year to wheelie through the city and call for ‘knives down, bikes up’.