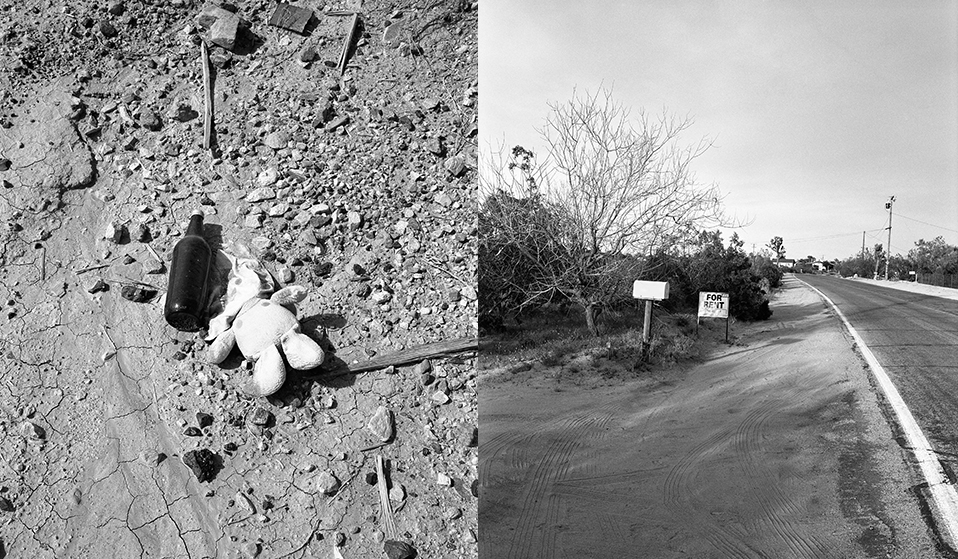 For years, surfer and photographer Jack Whitefield has been documenting his adventures around the world. Now he's sharing the highlights of a US road trip at London's Golborne Gallery.

Growing up in St Ives, Cornwall, Jack Whitefield realised that he saw the word a little differently to everyone else. But over time, through a mixture of and photography, he developed a way of life that felt like a natural fit.

Today he makes a living from pursuing his passion around the world, but has also learned to filter reality in his own particular way – honing in on everyday moments and then framing them with a subtle touch of poignancy. 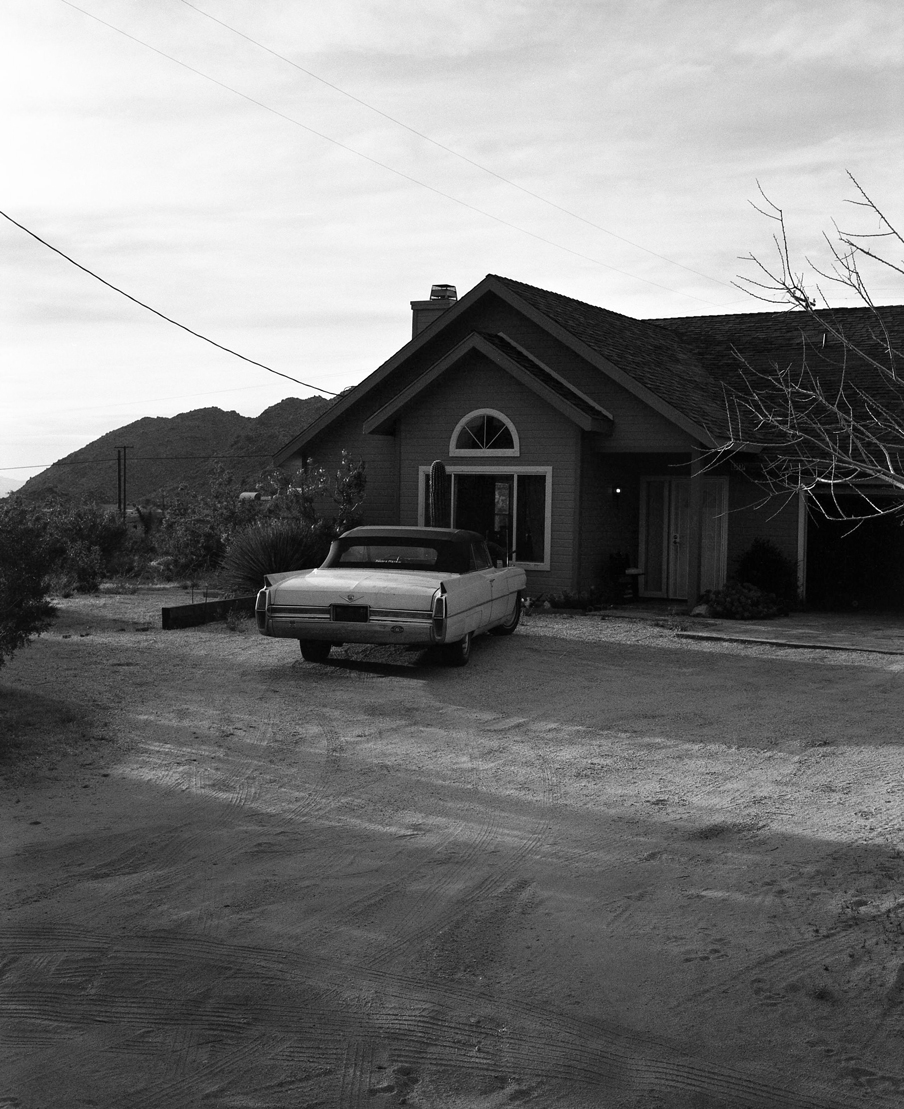 It’s the work of someone who knows how to seize the present moment while keeping their distance.

Terrain, the 26-year-old’s first solo show, draws from a week-long road trip from Los Angeles to East Arizona and back again. 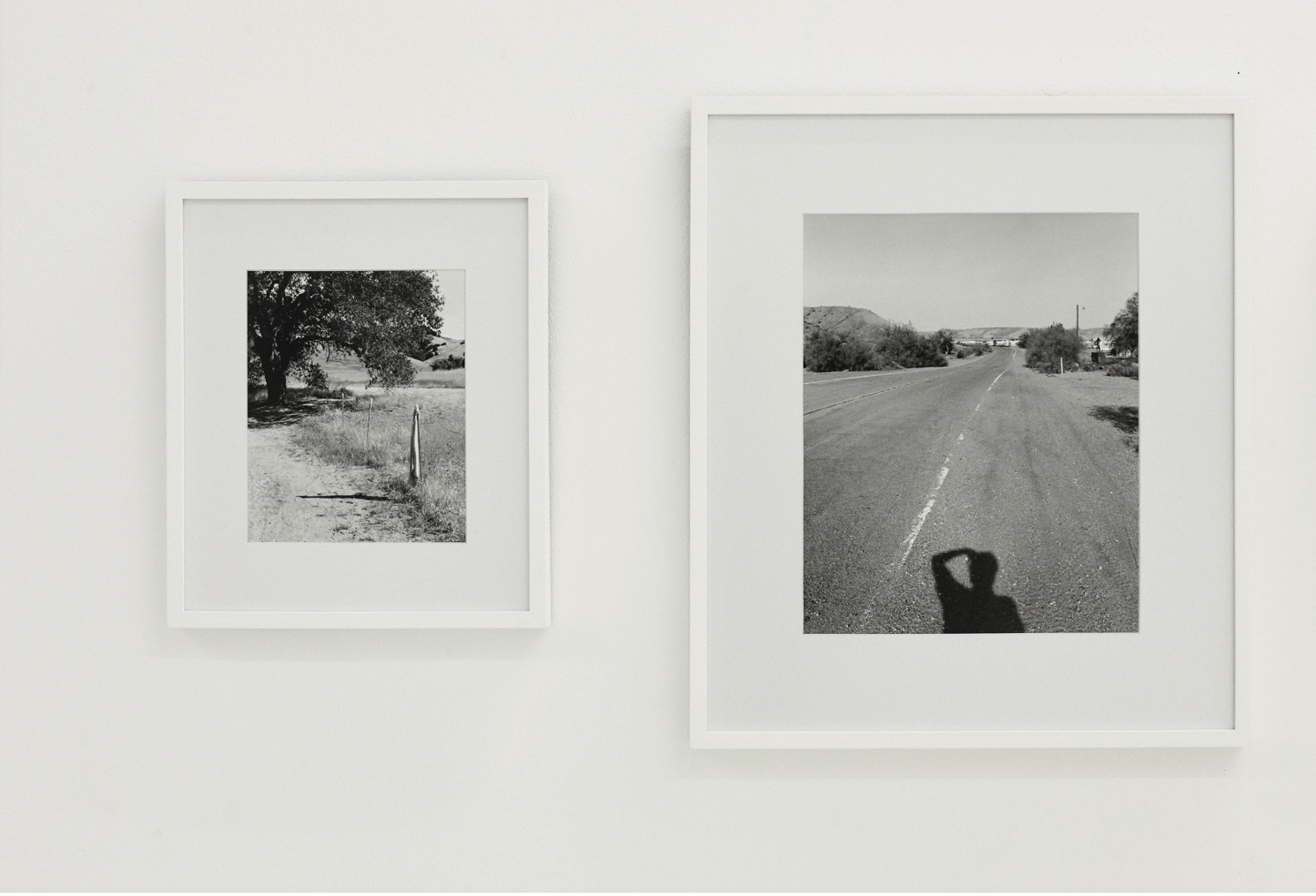 Shot with analogue film and printed using traditional techniques, the exhibition recreates the same environment Jack experienced while driving through small desert towns, eyeing the horizon like a scavenger, looking for moments where it looked like nature had relinquished control of the landscape. 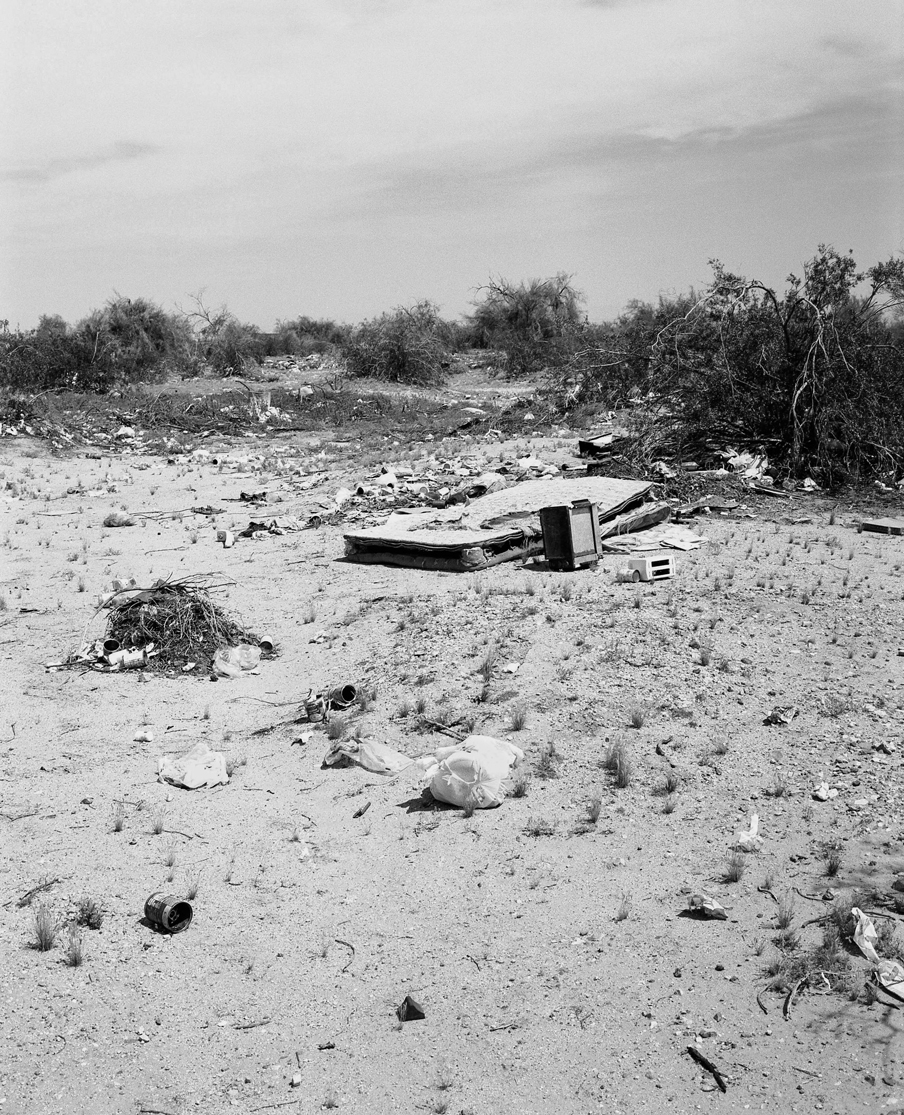 There are post-apocalyptic images of burning trash piles, off-grid trailer parks and curb stones cracking in the heat – all of it a marriage of nature and human detritus.

At the Golborne Gallery, the entire front section is covered in a desert image that appears solid from a distance but, like a mirage, dissolves into transparency up close. Then, simulating the total blackout of nightfall in the desert, the image gradually disappears altogether at dusk. 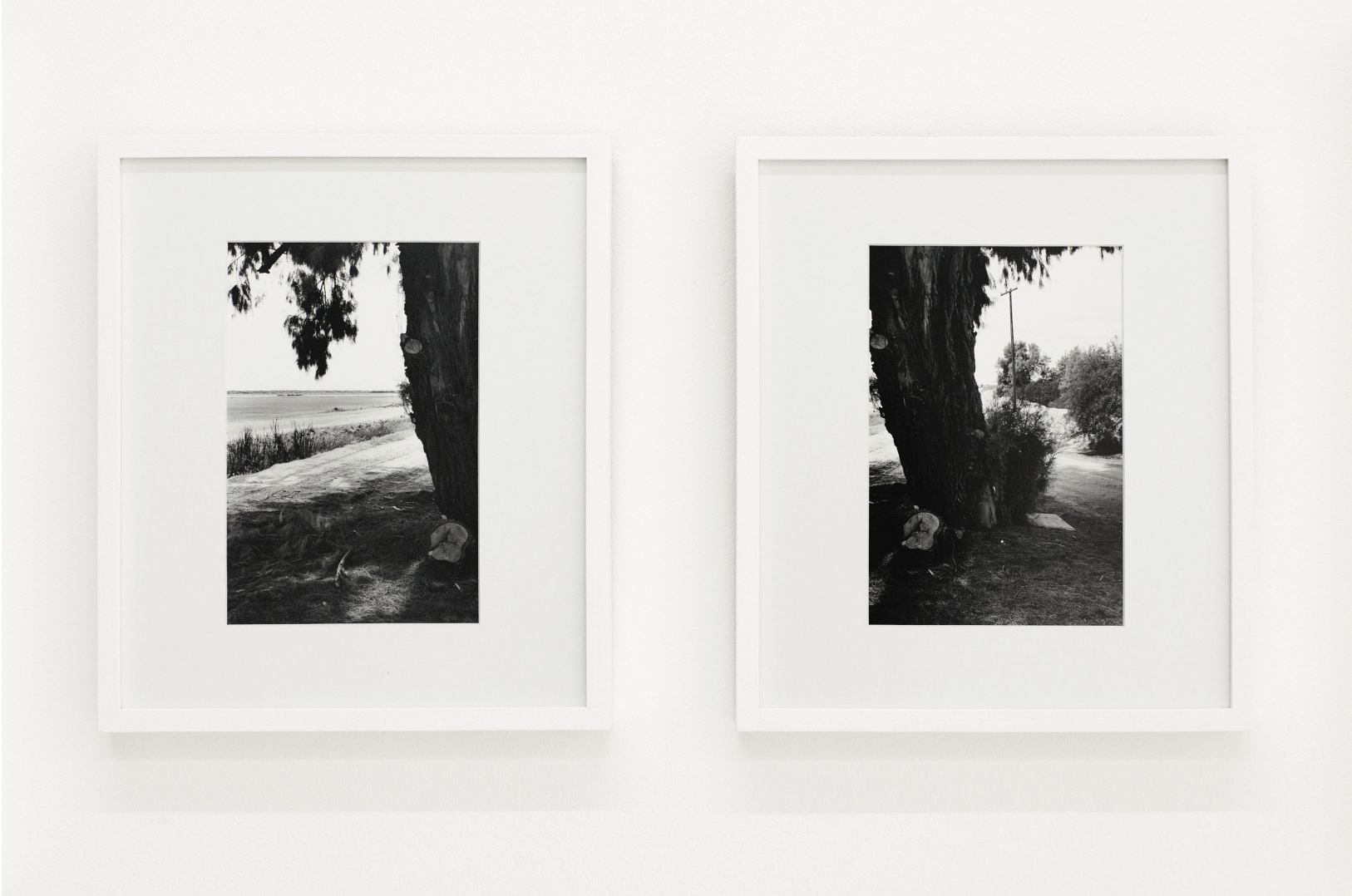 Every picture has been hand-printed in Jack’s darkroom at home in Cornwall – a process so labour insensitive and carefully considered that it can’t help but impress itself on the work. 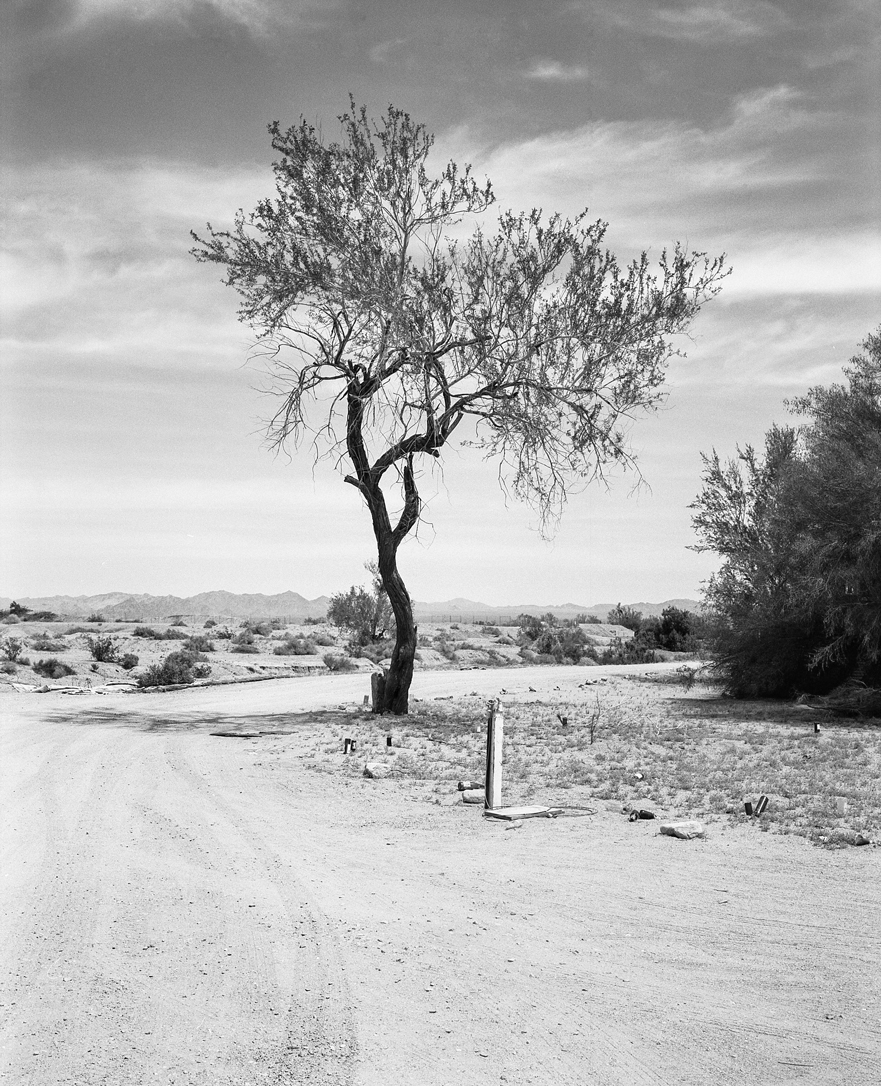 Terrain runs at the Golborne Gallery in London until 16 March.

Linkedin
RELATED ARTICLES
OTHER ARTICLES
Whether it's partygate, the climate crisis or the spiralling cost of living, the fightback begins on the picket lines writes Tommy Vickerstaff
In her new book, the author explores the country’s housing crisis in human terms and calls for radical action to address a broken system.
Over the years, a swimming hole in a city park has evolved into a magnetic meeting place for Philadelphians – a hideaway where people can connect with the natural landscape, and each other.
The past five years have seen a staggering increase in foodbank usage across the UK. Now, staff fear things are set to get much worse.
Finland-born photographer Sirkka-Liisa Konttinen looks back on her decades-long documentation of life in Northern England.
Over a dozen Stop Deportation activists locked themselves to each other outside a detention centre to prevent coaches taking those due to be on the Rwanda deportation flight from leaving.