Huck Film / All Films / Documenting the dark side of life in Niagara Falls, NY

A new film by Huck chronicles self-taught photographer Joe Augstell, following him as he tunes into the city’s police radio frequency and tracks down crimes as they happen.

A new film by Huck chronicles self-taught photographer Joe Augstell, following him as he tunes into the city’s police radio frequency and tracks down crimes as they happen.

For Joe Augstell, photography has always been about proving a point.

Growing up as a kid in Niagara Falls, NY, he’d never really taken an interest in cameras. But when he reached his teens, that all began to change.

As a regular poster on ‘Urban Decay’ – an online forum in which members would share gritty shots and stories of their hometowns – he often found himself having to convince people that there was more to the Falls than just the eponymous tourist destination.

“They were laughing at me when I would tell them stories about my city,” he recalls. “They would post photos of their city, their neighbourhood and then be like, ‘oh okay, let me see some of your area.’” 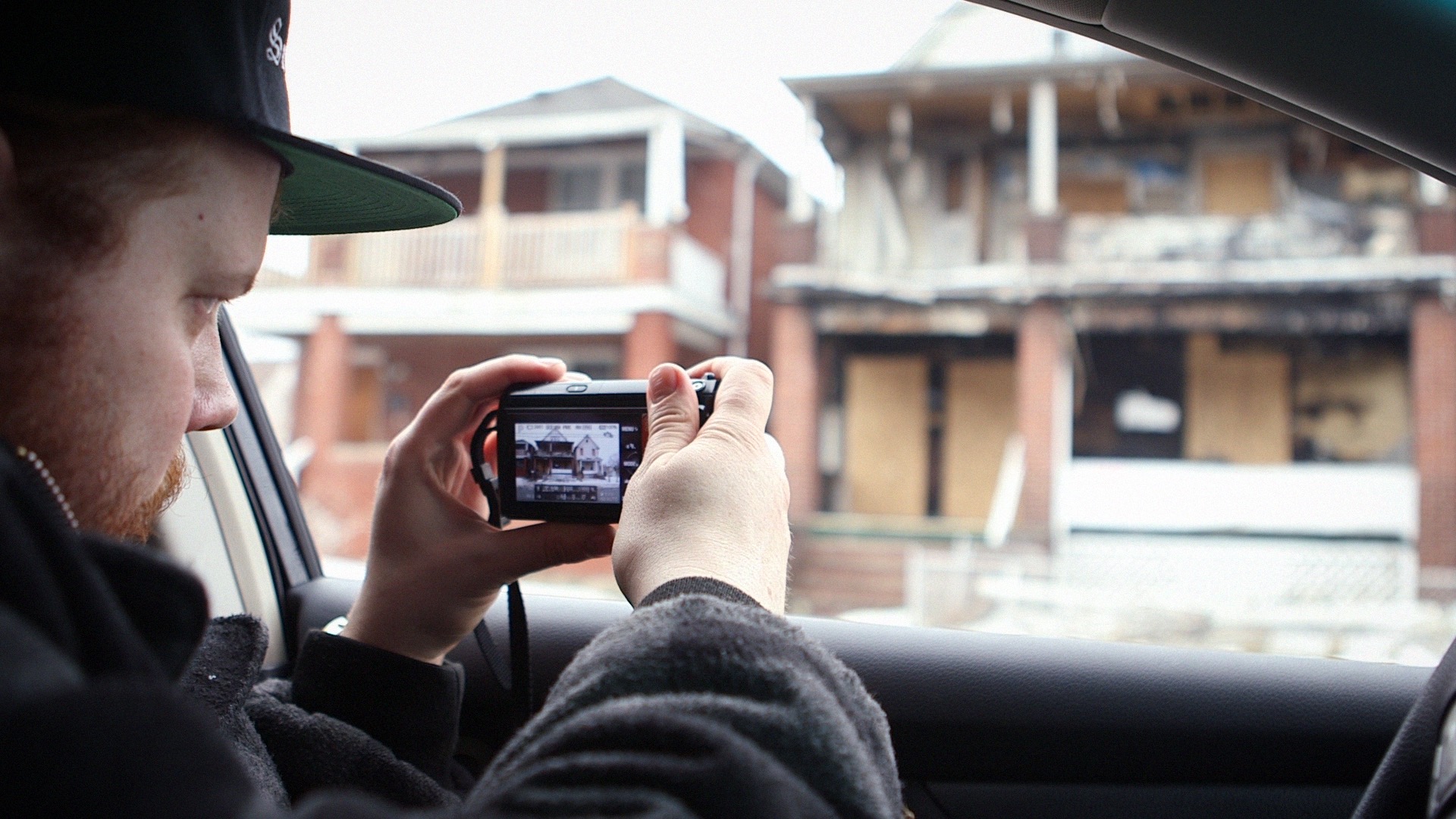 Not one to be hushed, Augstell grabbed some disposable cameras from the local Walmart and started taking pictures. What began as a preoccupation with capturing gang graffiti (“the city was covered in it back in those days”) soon evolved into the young, self-taught photographer shooting scenes of local crime.

That was back in 2004. Today, Augstell is 31-years-old, but his defiant streak is still just as prominent. Over the past decade, he’s established a reputation in his city as a single-minded maverick, intent on documenting what he refers to as the “real” Niagara Falls.

He’s amassed a considerable online audience, too. Sharing his work via a number of different platforms (one of which, a Facebook page titled NiagaraFalls StreetNews, has over 17,000 followers), he exists in a space somewhere between gonzo journalism and frontline photography, with a team of co-reporters and photographers working alongside him to “put the information out there.” 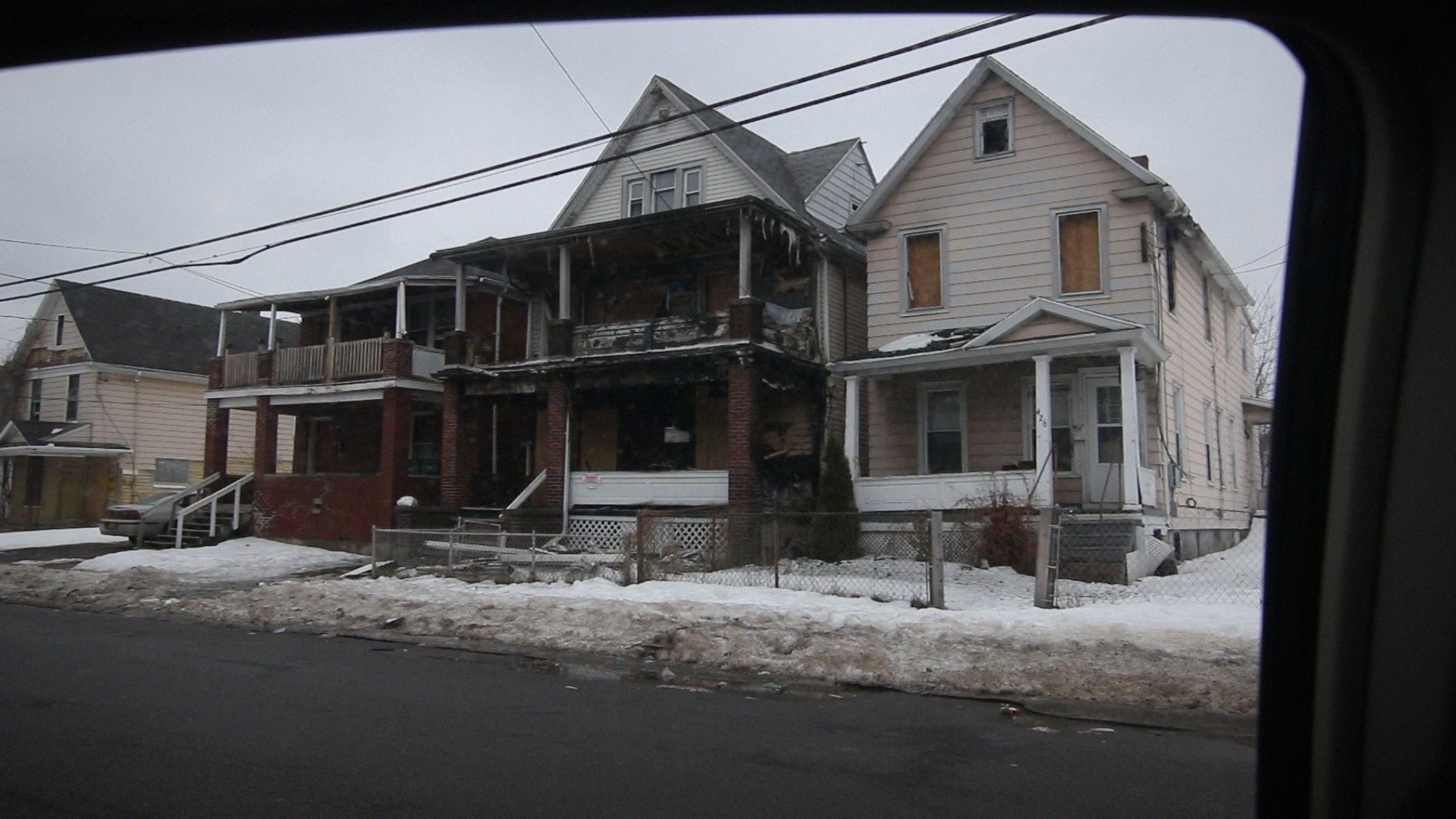 “There were a few reasons why I originally started,” he explains. “Mainly it was because nobody outside Niagara Falls, NY even knew we had a crime and poverty issue, which we do. Most of America and the rest of the world still don’t know.”

“When I first got into those arguments online, they all thought I was making it up. They were trying to tell me there was no hood in Niagara Falls, and they had never even been here before.”

Using an old police radio scanner (“they sell them at RadioShack, I got mine for like 100 bucks”), Augstell tracks down criminal activity as it happens, often shooting while the crime scene is still active. Online, his posts receive both ardent support and bitter condemnation. He refers to the latter as “a culture of denial.”

Initially, most of the dissent came from people outside of the city: those who refused to believe that stories of violence and hardship could exist in a place such as the Falls. Now, however, Augstell says it’s those closer to home who are first to criticise his project.

“A lot of people from my own city, they don’t like that I’m exposing what life is like in Niagara Falls,” he says.

“They come up with these arguments to try and counter everything that I say. They feel I shouldn’t be exposing it, I call it a culture of denial. People will say it’s not a bad city, even though they know people who’ve been shot.”

Sometimes, the arguments spill into real life. Over the past few years, Augstell has been on the receiving end of a number of threats, varying in severity. One incident saw a member of his team being threatened with having their legs broken, while another resulted in Joe being told he was on the radar of local Blood gang members (“basically, they were saying things about me that you would not wanna hear”).

But, for Augstell – who sleeps with a gun following a spell of recurring nightmares about someone breaking into his house to kill him – the protest is all white noise. In his eyes, he’s providing a public service: painting a portrait of Niagara Falls that tourist boards would rather remain unseen. 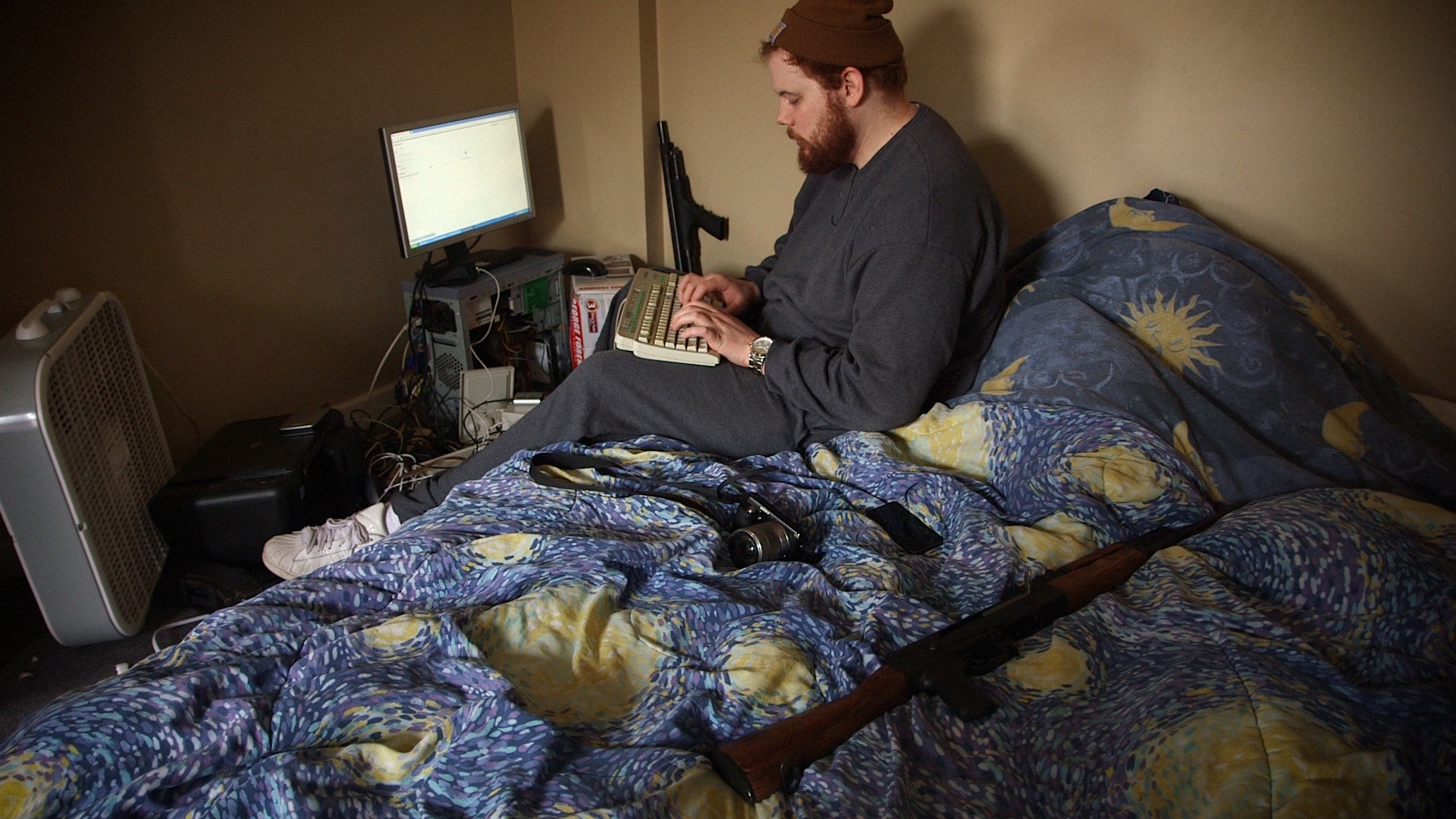 To an outsider, the stress and strain of doing what he does might seem like an awful lot of effort, but Joe loves his city. As a child, he dreamed of being a cop just like his uncle (the man responsible for introducing him to the world of police scanners). This project is Augstell’s way of serving and representing his hometown.

“Because of the unwillingness to talk about what’s going on, adds to the reason that America, Canada and the rest of the world don’t know about us,” he says. “I expose it all to the world to show how serious it is, and to maybe get some attention and maybe some help.”

And he’s showing no signs of stopping, either. Despite now having moved across the border to Canada, Augstell still makes regular trips back home so that he can share its story. While the day-to-day running and reporting now falls to members of his team, he’s still very much pulling the strings. It is, after all, what he does.

“I foresee that going on for years,” he adds, conclusively. “This is a real long-term project.” 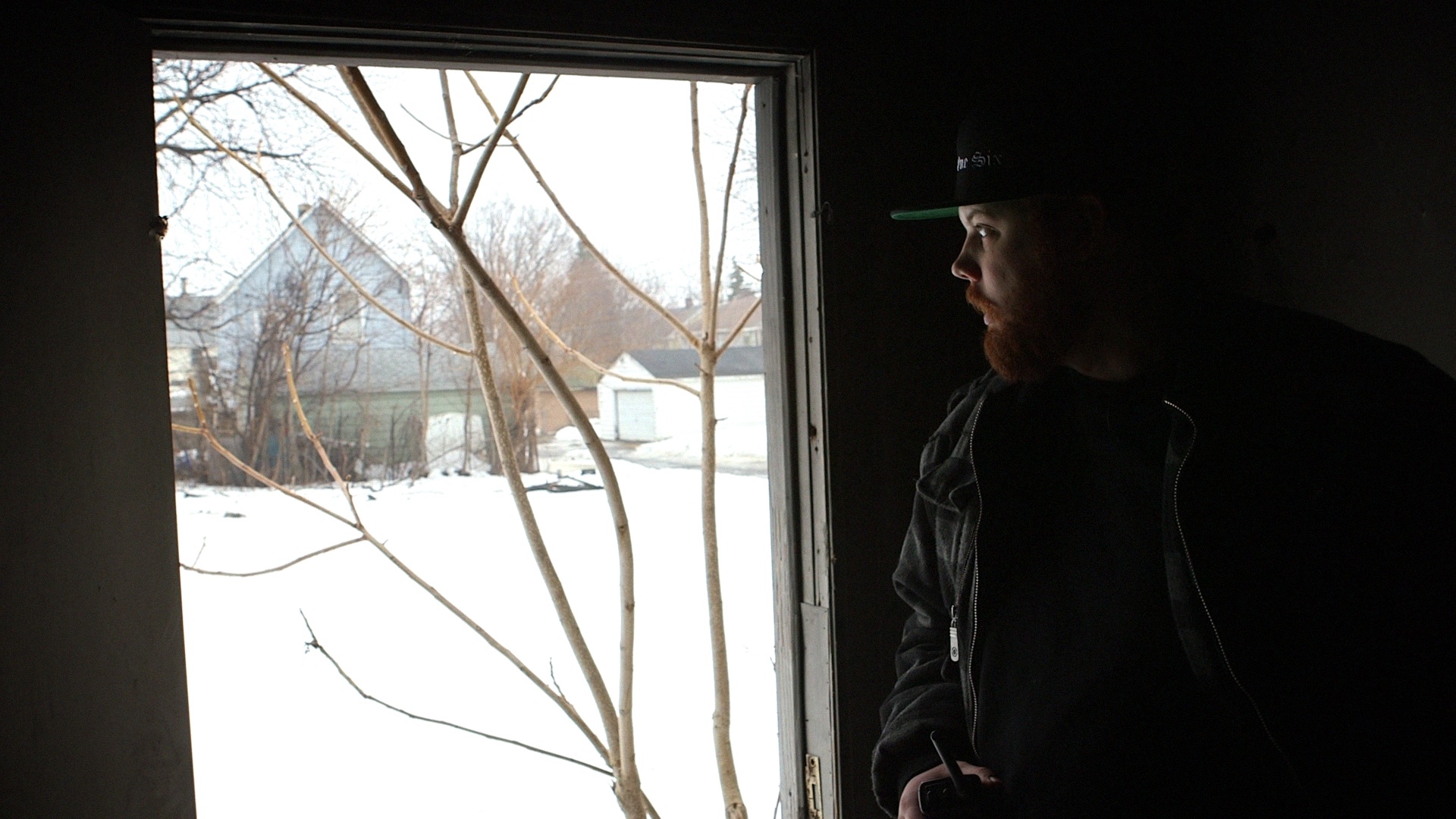 You can see Joe Augstell in Welcome to the Falls, an original Huck Film directed by Alden Nusser. Watch it in full above.

Linkedin
RELATED ARTICLES
OTHER ARTICLES
In the last of our dispatches from OFFF Barcelona, Rufus Deuchler and Vincent Gault discuss the future of creative process.
Following the release of his latest album God Don’t Make Mistakes, the rapper talks horror villains, police brutality and being unafraid to show his vulnerable side.
New legislation is set to make it more difficult to hold Israel accountable for its human rights abuses.
To mark the anniversary of the mass trespass of Kinder Scout, a group of hikers came together with the intent of creating a new, fully inclusive culture for rural spaces.
In the latest OFFF Dispatch, the enigmatic designer dives into his process, connecting the dots between his unique and varied creative output.
The government’s failure to take long Covid seriously has led to the formation of a group campaigning for the thousands of forgotten victims of the illness.