Kerri-Ann ‘Boo’ Morrison travels 3 hours a day to dance practice, every day of the week, entirely off her own back. Her story kicks off Nothing Beats A Londoner, a new series from Huck in collaboration with Nike celebrating teens whose lives have been transformed by their commitment to dance and sport.

Kerri-Ann ‘Boo’ Morrison travels 3 hours a day to dance practice, every day of the week, entirely off her own back. Her story kicks off Nothing Beats A Londoner, a new series from Huck in collaboration with Nike celebrating teens whose lives have been transformed by their commitment to dance and sport.

To meet Keri-Ann ‘Boo’ Morrison is to meet an incredibly special 12-year-old.

I mean, sure: she giggles a lot, acts up with her friends, gets shy in front of strangers and – if you ask her mum – can, like every other pre-teen in the entire world, act a little cranky when she’s tired. 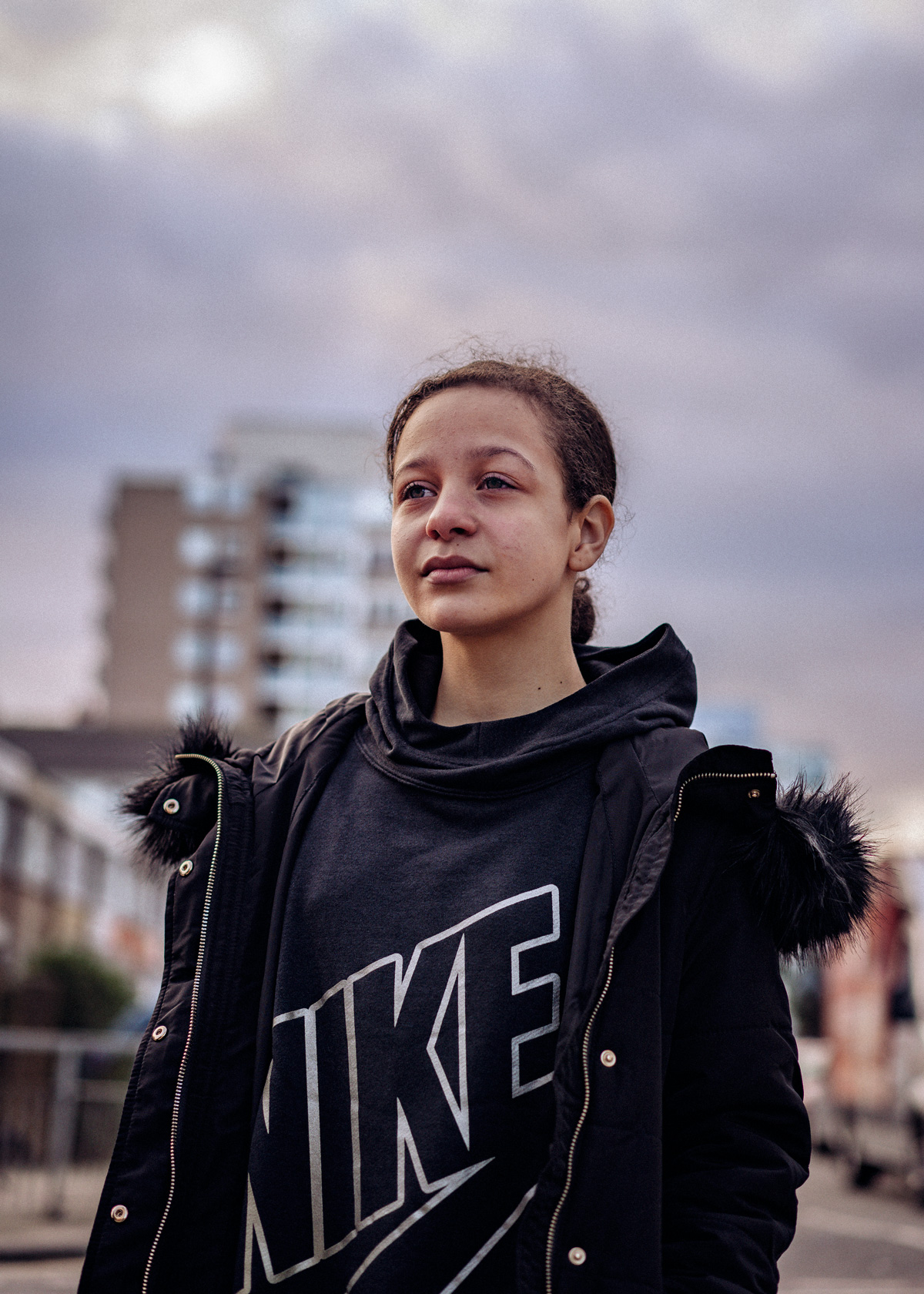 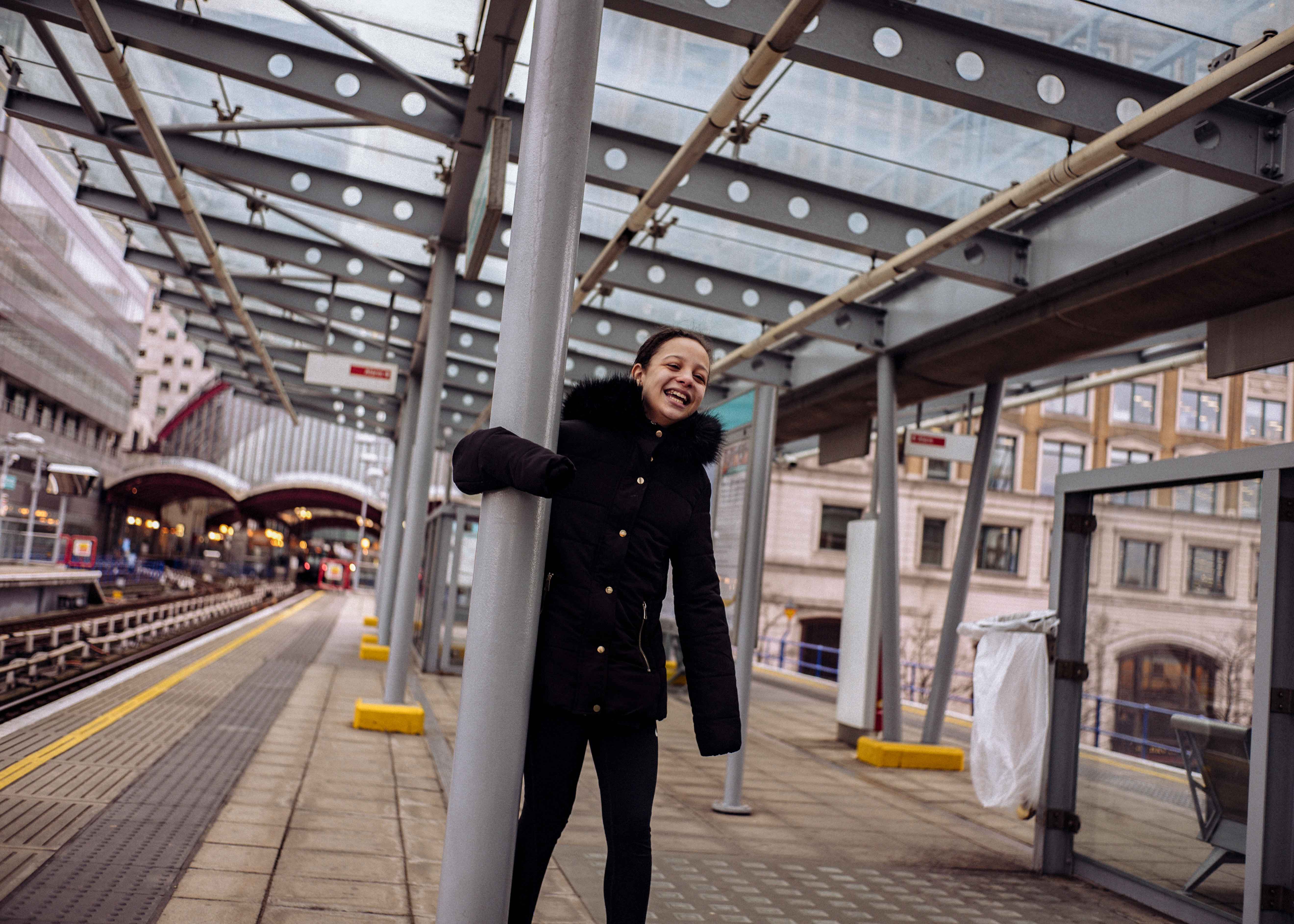 But, unlike most kids her age, Boo (and it’s always Boo, never Keri-Ann, unless she’s in trouble) gives absolutely everything to dancing. Every day, the young Londoner makes the journey from her home in Harrow, north-west London, travelling up to an hour and a half to make it to practice.

Boo’s relationship with dance started when she was six. Her older sister, Sharma, had started in her early teens and practiced weekly. During trips to training with her parents, Boo – ever the little sister – would watch on with glee, marvelling at the shapes, routines and tricks unfolding in front of her. Soon, she wanted to try it for herself.

“She was like, ‘Stop copying me!’” says Boo, laughing as she recalls the first time she expressed an interest in taking up dance. “But I started anyway. I just really liked how inspired it made me feel – how much I could learn from other people.” 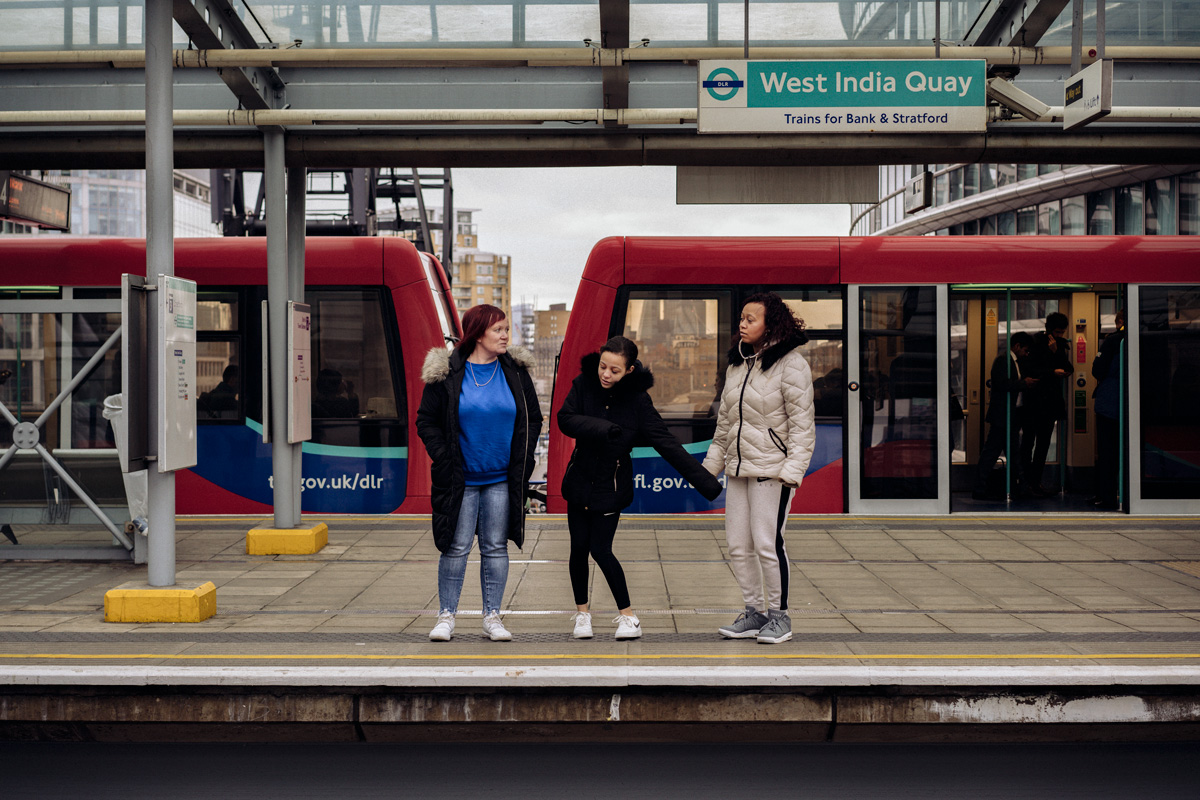 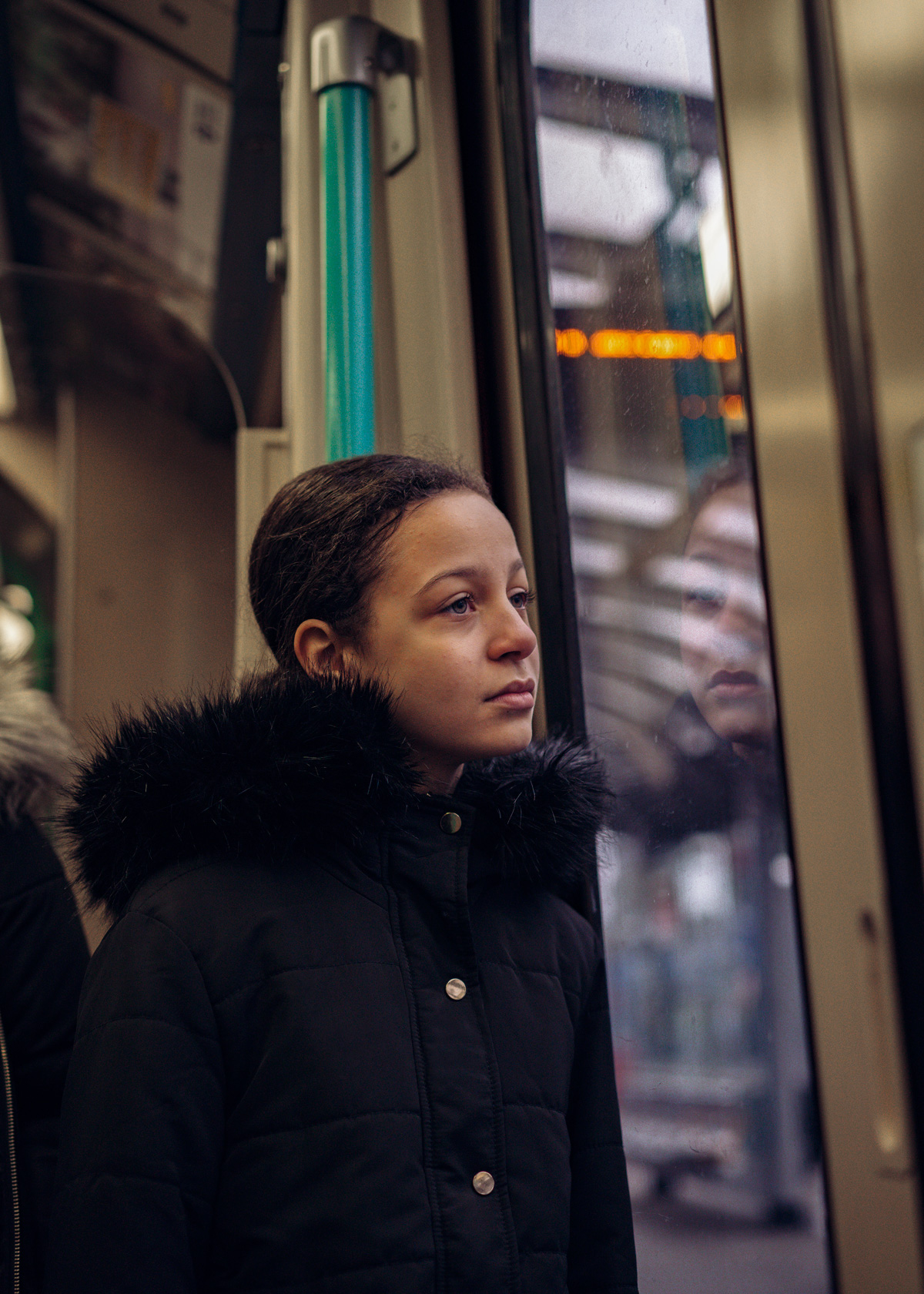 Soon, the younger Morrison was a regular fixture at practice, throwing herself into the new environment with her trademark grin. Typically, she was a natural. “It was tiring, harder than I thought,” she continues. “But it was fun. I liked seeing how much they could teach me.”

A year or so later, Boo was introduced to Omar Ansah-Awuah, the choreographer and coach behind IMD Legion, a dance crew he launched in 2010. He’d seen her perform and, although it wasn’t his style to chase people from other crews, was eager for her to join. 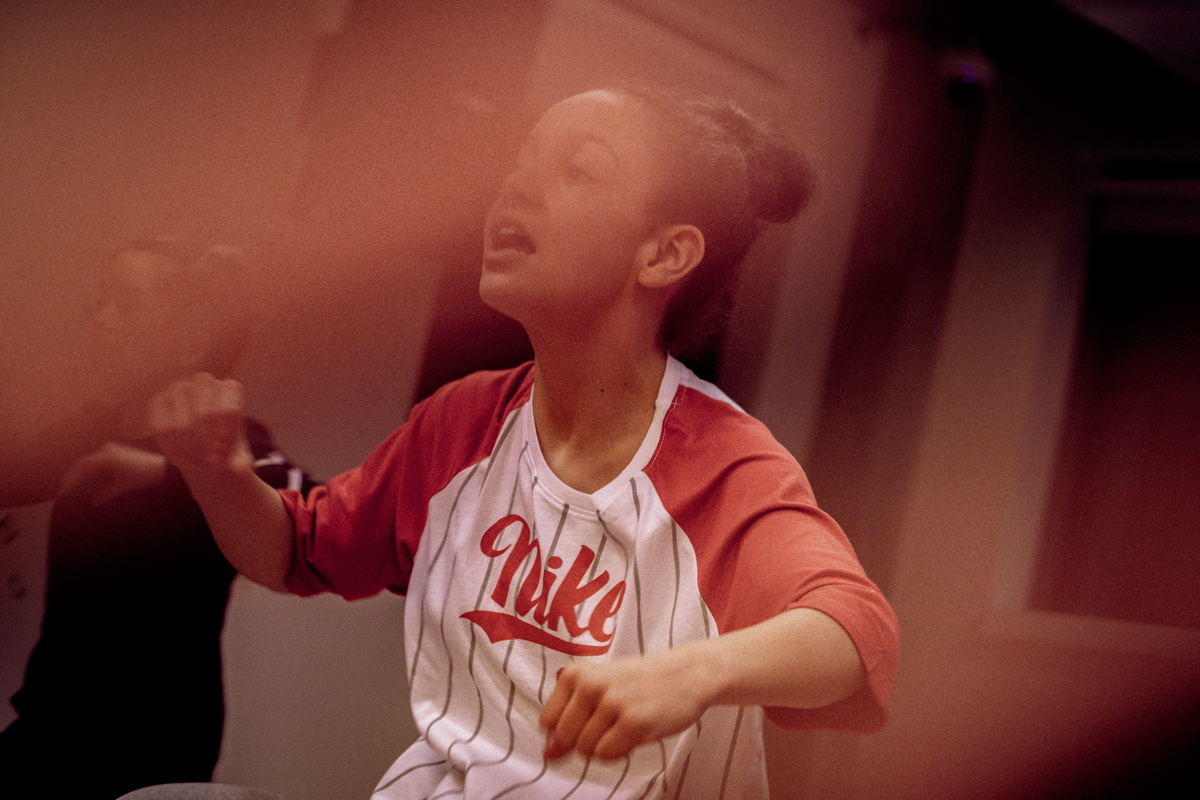 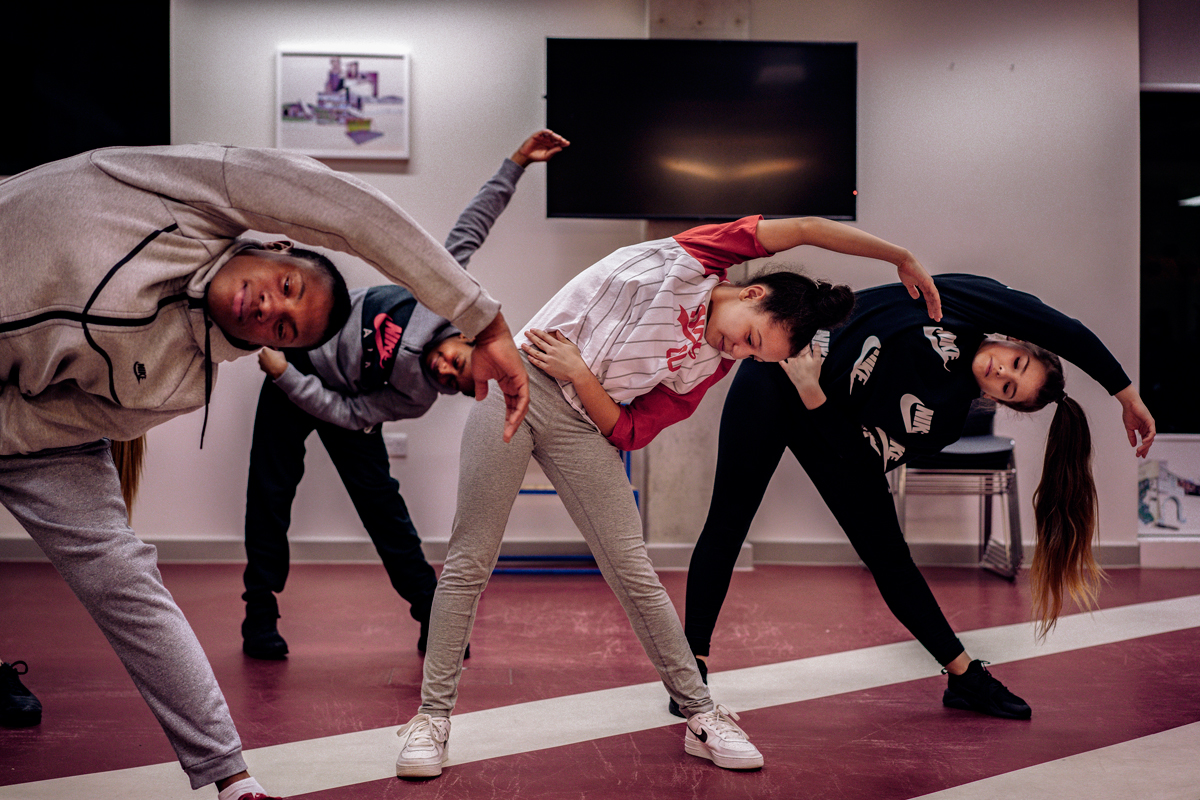 Fast-forward to the present day and the grinning dancer is one of the stars of the show. In 2015, they made it to the semi-finals of Britain’s Got Talent, missing out on the final by a whisker. Watch videos of their routines and it’s impossible to miss her: small, grinning and full of abundant energy (“it’s the best way to express yourself”).

Operating a stone’s throw from Langdon Park DLR station, IMD are situated in the heart of East London. At night, once practice is over, the unmistakable gleam of Canary Wharf helps light up the way home. While it’s all very nice and picturesque, it means that Boo and her family have to travel a long way to and from training. 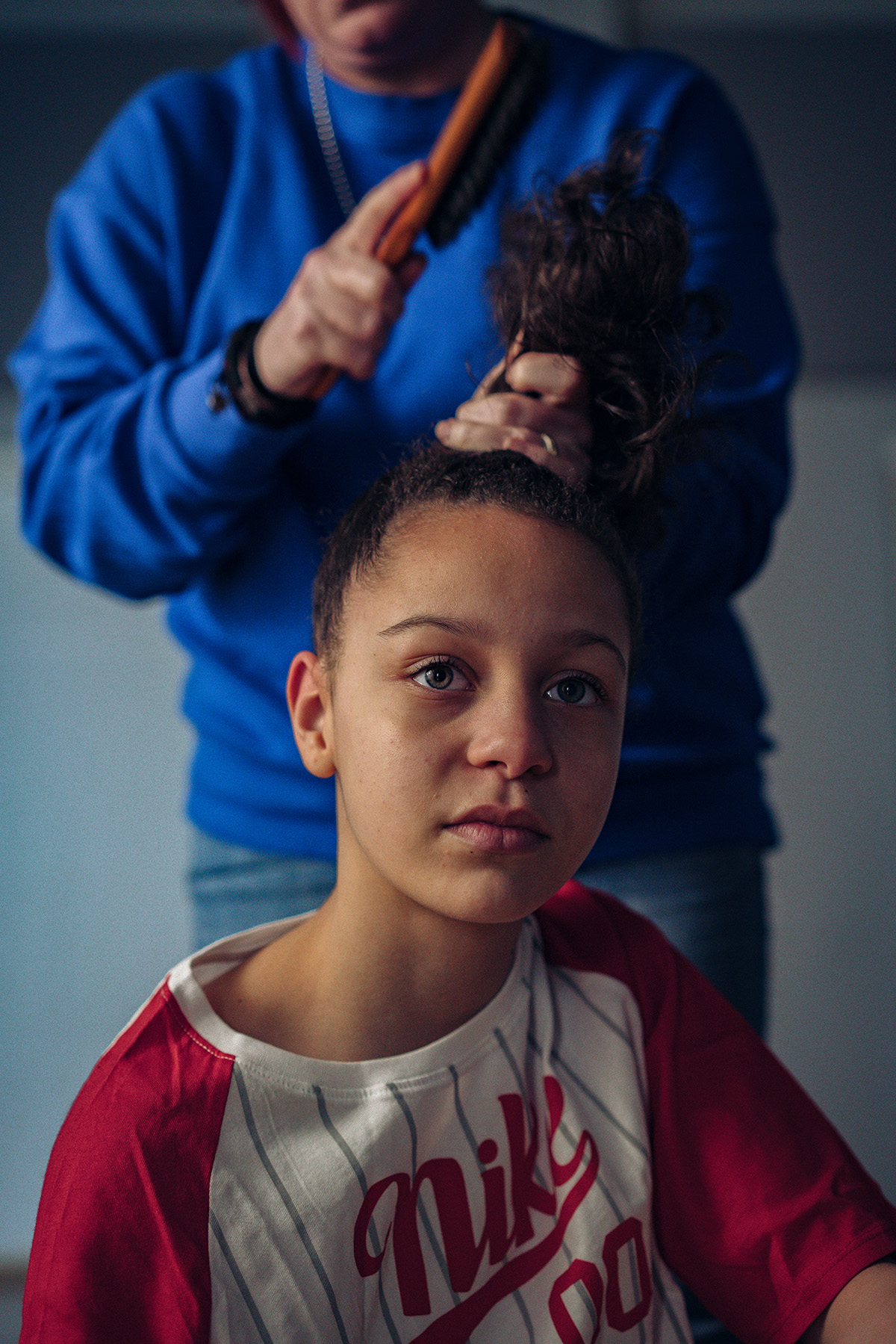 Given her age, one of her parents is always there to travel with her. Mum Ruth works 10-hour shifts in a call centre and dad Sam is a postman, so they take it in turns to drop-off and pick-up – sometimes clocking up 6 hours of travel a day between them. For the entire Morrison family, Boo’s dancing is a massive commitment. But no one complains – least not Boo. “She’s the first one up on a Sunday saying hurry up or we’ll be late,” says Ruth. It’s something that they’ve all grown to love. 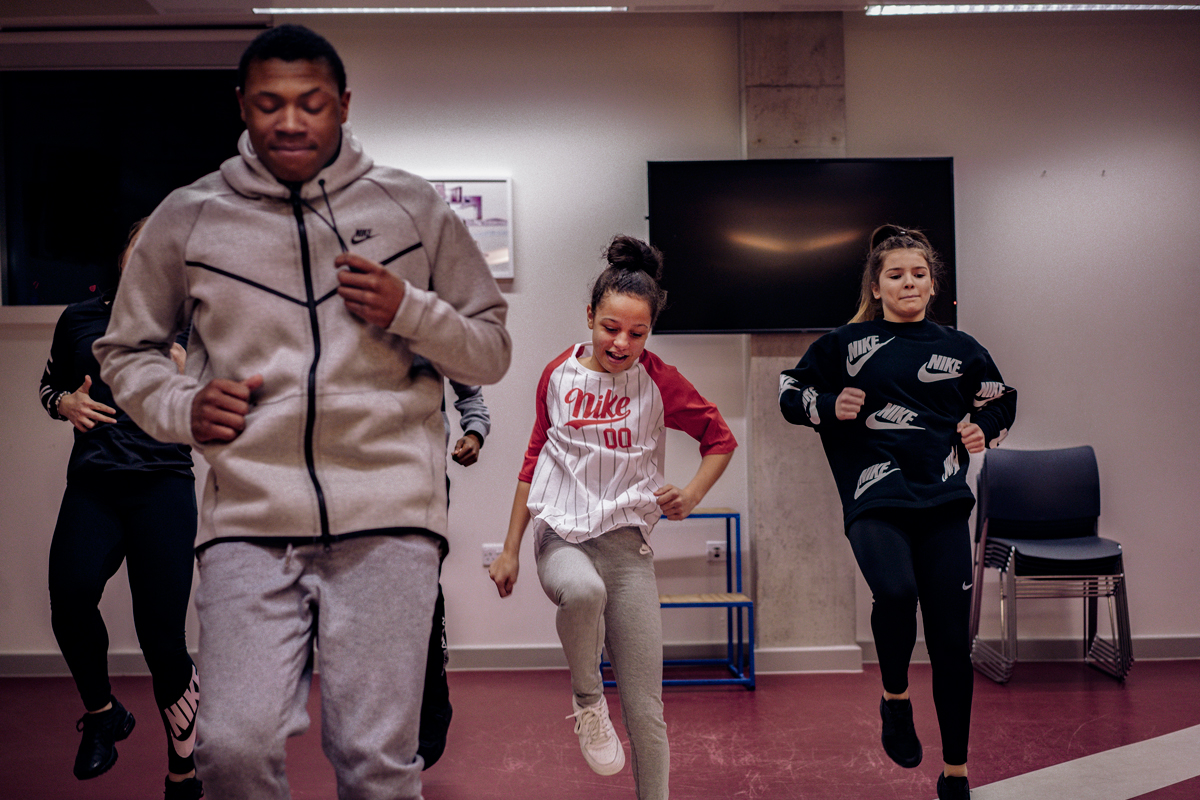 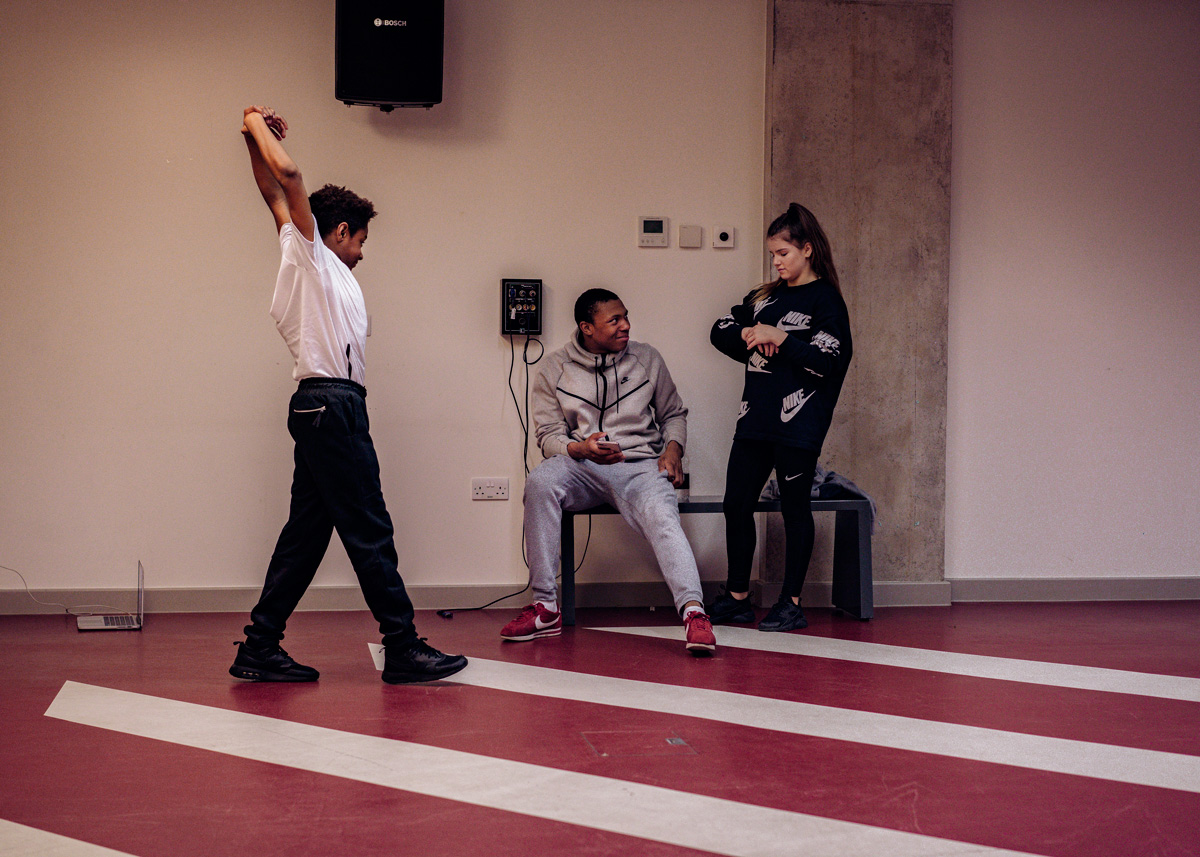 “Training is hard. You have to push yourself to make sure you’re the best that you can be. Some days, it can be really tough.You have to learn tonnes of new stuff: routines, walkovers, battles, going in the air… but it feels amazing when you nail it.”

While other kids her age find it difficult to get out of bed in the morning, Boo is, to put it simply, a powerhouse. There are times, she explains, when she has to say no to parties because of dance commitments; others, when she has to jam-pack an entire week’s worth of homework into a single, Sunday night window. 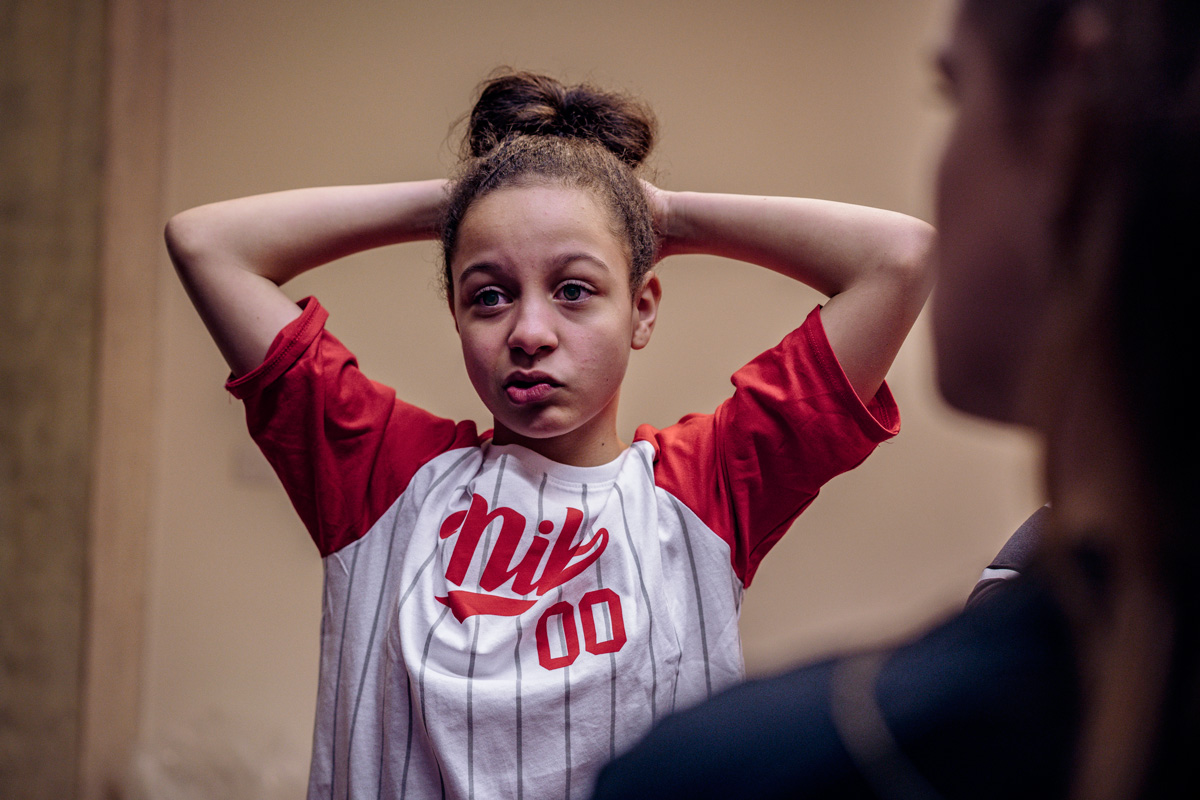 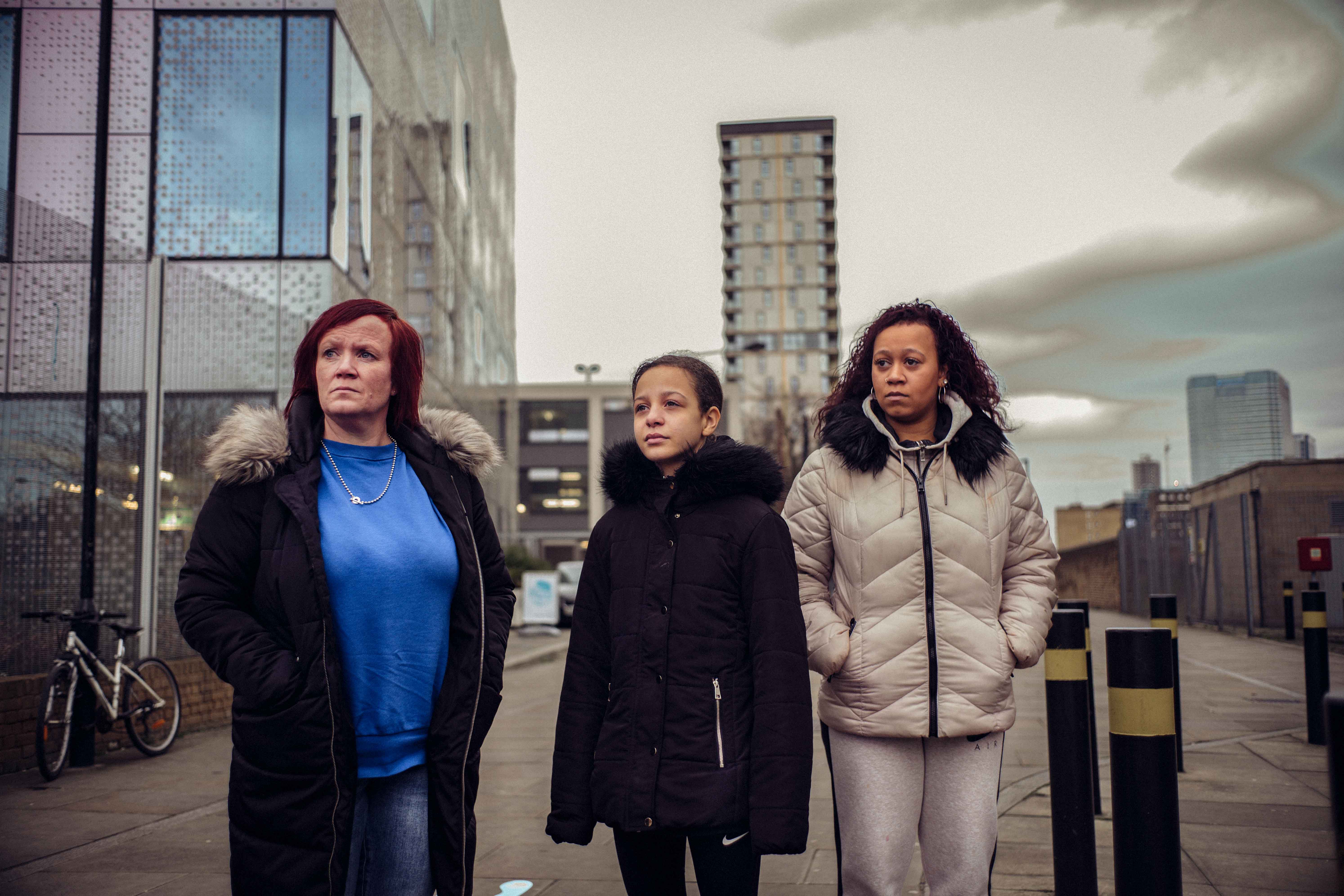 However, you’d be a fool if you believed something like that would be a hurdle for her. Because, regardless of how busy her days get, Boo loves to perform – and it’s what she does best. It’s no coincidence she’s always smiling.

It’s one of the reason she stands out when the crew perform, the other, naturally, being her age. She’s young, fearless and doesn’t let anything stand in the way of her quest to be the best. With her crew backing her, there’s no telling how far she could go.

“At IMD, we’re like one big family,” she smiles. “Everyone looks out for each other and works together. We just do what we do. My role in that family? Well… I’m the little sister.”

Nothing Beats A Londoner, stories of extraordinary teens, is a collaboration with Nike

Linkedin
RELATED ARTICLES
OTHER ARTICLES
A new law change is enabling Britain’s donor-conceived children to know the truth about their origins – but campaigners say the fertility industry must do more to protect people.
Since 2007, Gideon Mendel has made 20 trips to document floods in 13 countries. The result is an alarming record of what has already been lost to the climate emergency.
Theo McInnes’s photos of the annual event provide an intriguing snapshot of contemporary Britain.
Following the release of his debut single, Deyaz talks battling addiction, dealing with his struggles through music, and building a budding music career from his living room.
Photographer Sean Maung reflects on documenting a small town in Pennsylvania afflicted by high levels of unemployment, poverty, violence, crime, and addiction.
As she gears up for the release of her first book, the 24-year-old climate activist talks standing up to authority and building a more inclusive movement.