Teagan Williams-Stewart is not the typical fencer - but she is ranked number one. Gunning towards an Olympic gold, she’s ready to challenge perceptions.

Teagan Williams-Stewart is not your typical fencer – but she is ranked number one. Gunning towards an Olympic gold, the 15-year-old is ready to take on the world and challenge people’s perpceptions. Her story is celebrated in Nothing Beats A Londoner, a new series produced in collaboration with Nike celebrating teens whose lives have been transformed by sport.

British fencer Teagan Williams-Stewart is sat in her kitchen, trying to express how much she loves winning. The explanation is mainly being conducted through a series of bashful grins. “Well… I am really competitive,” she eventually concludes, before gazing around the room and smiling. “I just like to win.”

Fortunately for her, she’s good at it. In the past year alone, the 15-year-old Londoner has been named England U15 Champion, British U16 Champion and top-ranked Cadet – fencing lingo for those who fight at U17 level – in the UK. She did most of it aged just 14, too.

She was first introduced to the sport back in 2012, during a community fun day hosted by the local council. And while her first taste of fencing was far from elite (think plastic swords in the park), the 10-year-old was hooked.

It took Teagan a year to pluck up the courage to track down the workshop host. Eventually, during an open evening at the local secondary school, she was reunited with the woman who first put a sword in her hand.

“I asked if I could meet the PE teacher who did fencing,” Teagan says. In no time at all, she was gearing up for her first training session at Newham Swords, a local fencing club that trains 15 minutes from her family home in East London. 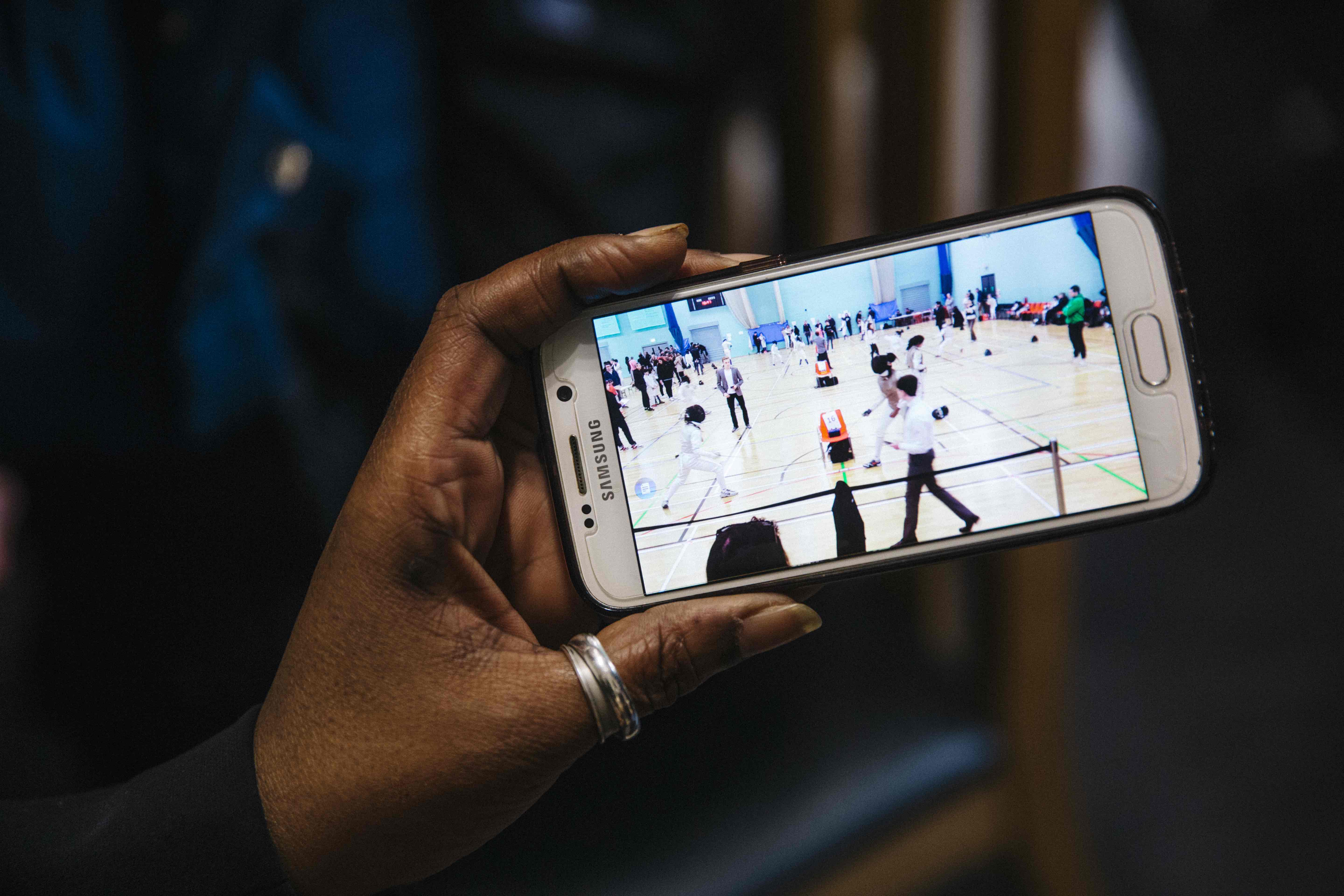 “I didn’t really know what to expect,” she says, recalling that first training session. “With things like football, you can just go straight into it. Fencing, you have to learn every step of the way before you start. But I liked the fact that it was different.”

While most would find the long learning curve daunting, Teagan saw it all as part of the draw. From the get-go, her talent – a natural strength and ability, matched only by a steely determination to succeed – was obvious. Her coaches, ex-Olympians Linda Strachan and Pierre Harper, were aware that they had a prospect on their hands.

Within six weeks, she had entered her first competition. While that didn’t quite go to plan (“I came last. I think I probably cried”), there was no doubting her hunger. So she kept at it: last gradually became second-to-last, second-to-last became third-from-bottom. Before long, she was creeping into top eights. It was only ever going to be a matter of time.

“We see lots of kids who come through our doors at Newham Swords,” Strachan explains. “But Teagan’s passion and composure, at such a young age, stood out immediately. Her presence on the piste is something else – as a coach, you just cannot teach that.”

While the rapid nature of Teagan’s ascendancy is one of her most impressive feats, it’s far from the only one. You don’t need to be an aficionado to know that fencing is dominated by white, privately educated types from small-town sporting aristocracies.

Teagan is the first to admit that she – as a black, East London kid from a single-parent household – is an anomaly in her sport. “I’m motivated by the fact that there’s not a lot of people like me – people of my background.” She’s aware of the sacrifices her mum makes, too. There are trips up, down and sometimes outside of the country, as well as steep competition fees and expensive gear. Naturally, she uses it all to her advantage. 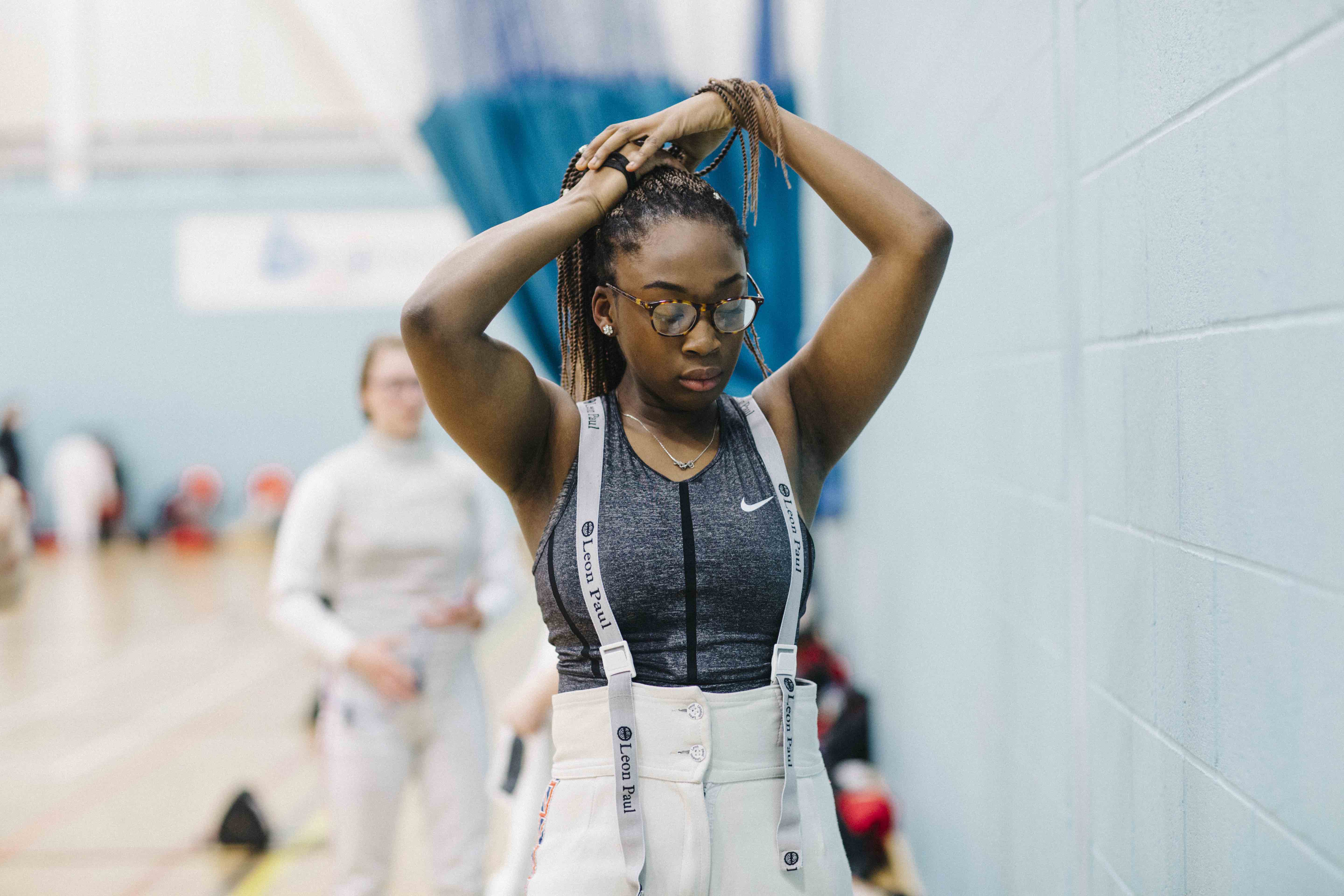 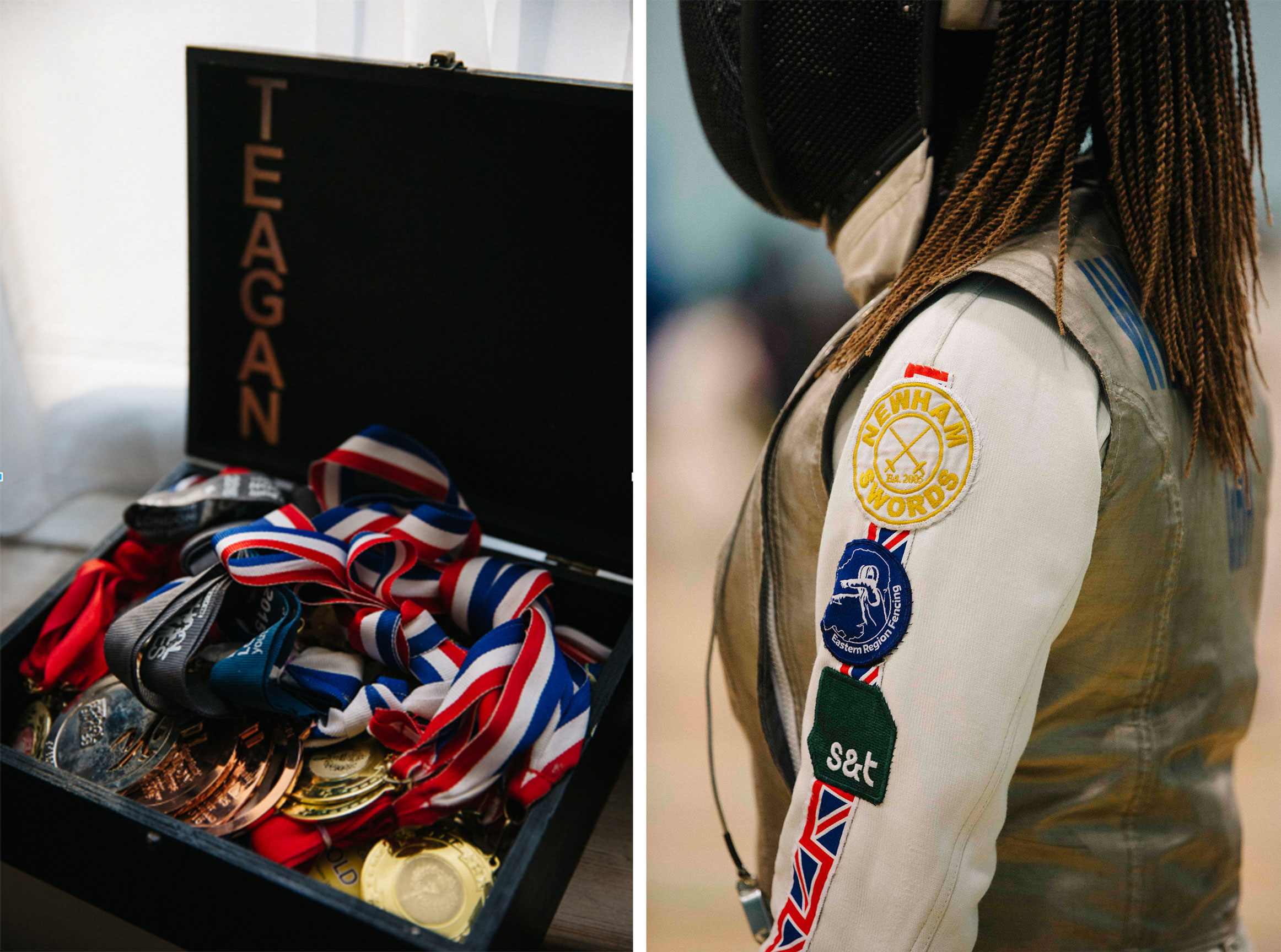 “If I pay for a competition, I have to go there and I have to work my hardest,” she says. “Other people, they don’t have to think about paying the entry fees and then not doing well. I have to do well. I’m fencing for both me and my mum.”

While such an awareness would usually only serve to mount extra pressure, Teagan is far from your typical teenager. Sharp, funny and articulate, she’s wise beyond her years with a self-awareness to match.

A win for Teagan is, in her eyes, a win for something larger than herself. Perhaps that’s why she likes it so much. “The fact that I’m going to competitions and winning them, even though I don’t have the same privileges as other people, I think that’s good,” she says. “I’m proud to represent East London.”

But even at the top of the ranks, Teagan’s still looking ahead. She has her sights set on the 2024 Olympics and is determined to do more than just take part. “There aren’t a lot of black people in fencing. I’m ready to change the view.”

Does that mean she believes she can go all the way – and win? “Definitely,” she says, with a steely grin, packing her bag and heading out into the cold for the third consecutive night of training. “You can’t let anything get in your way.”

Linkedin
RELATED ARTICLES
OTHER ARTICLES
Photographer Becky Tyrell went down to the fading banger and stock raceway to meet a community desperate to keep it alive.
Following the release of his debut single, Deyaz talks battling addiction, dealing with his struggles through music, and building a budding music career from his living room.
Activists and campaigners are fighting back against new laws that would seriously undermine the ability to take industrial action, calling it an attack on fundamental workers' rights.
Social prescribing connects people with non-medical support to improve their health and wellbeing – but some experts worry it’s just a stick plaster solution.
Tristan O’Neill’s shots of dancers caught in moments of reverie at the height of rave’s golden age are a testament to the UK’s legendary club culture.
A recent High Court ruling against the right to wild camp in Dartmoor National Park sparked the largest land protest in history – and campaigners say their fight is not over yet.