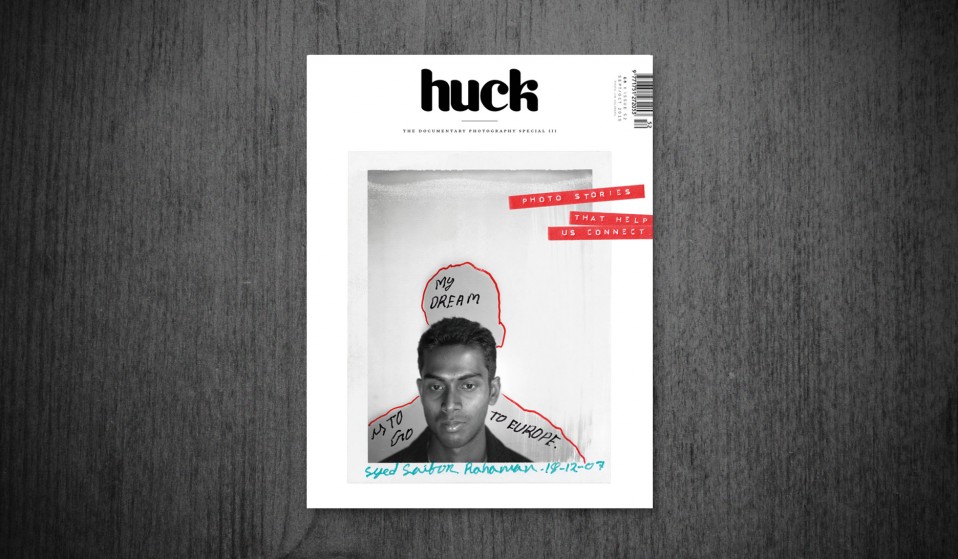 Documentary photographers have a particular kind of mission. As storytellers that start and end with the truth, they’ve made it their life’s work to pick apart the things that confound us – conflict and inequality, politics and love; the actions of men who think they hold all the cards, and the inaction of those who don’t know their own power.

Stories are shaped by the people who live them, then generously handed on to be retold. With that exchange comes a social contract, whether the storyteller knows it or not. There is no story without collaboration. And anyone who argues otherwise is fooling no one but themselves. And even when the storyteller, camera in hand, has no one to answer to but themselves, the images they create become a collaboration of a different kind: a conversation that we can all choose to enter – no matter who or where we are – that in turn gives even more people a voice.

Better Together by Olivier Laurent: Photographers have found ways to collaborate with other people since the origins of the documentary form. Meet the ones coming together with storytellers of all kinds to find a new perspective.

Jim Goldberg – In Their Own Words: By inviting his subjects to write their thoughts all over his photographs, Magnum photographer Jim Goldberg is flipping the gaze and raising important questions about visual language and who gets to use it.

Danny Lyon – Conversations with the Dead: When Danny Lyon infiltrated the Texan prison system during the Vietnam War, he captured a portrait of America that was propaganda free.

Eli Reed – A Long Walk Home: New Jersey-born Eli Reed – who was the first black man to join the Magnum roster in 1988 – finds common ground with his subjects by always approaching them with the empathy and respect he would wish for himself.

Everyday Africa: How a simple snapshot of everyday life became a global movement that’s shifting attitudes around the world.

 Twenty Journey: Three young South Africans – Sipho Mpongo, Sean Metelerkamp and Wikus de Wet – hit the road together, in a bid to understand the land that binds them.

Anastasia Vlasova – My Ukraine: At just twenty-two, Ukrainian photographer Anastasia Vlasova has witnessed a revolution and the grief of war. But it’s the people she met – and loved – along the way that taught her the lesson of a lifetime.

Subscribe today to make sure you never miss another issue. Buy Huck 52 – The Documentary Photography Special III in the Huck Shop now.

Linkedin
OTHER ARTICLES
Protestors gathered outside Downing Street following the latest atrocities committed by Israel against Palestinians living in the besieged strip.
Following the release of his latest album, the rapper talks about finding a new approach to songwriting, attitudes to poverty, and why his music is more than a political statement.
One year on from the fall of Afghanistan to the Taliban, Tiara Ataii speaks to those who have been forced to make the treacherous journey to Europe for safety, and the barriers and horrors they have faced.
Steel City is often overlooked when it comes to the country's cultural radar despite its role in shaping electronic music.
After rewriting the indie rulebook with her devastating songs about romantic longing, the singer-songwriter is now imagining a future in which the artist is no longer a product.
Photojournalist Fiora Garenzi spoke with people still living in Eastern Ukraine, an area which seen some of the heaviest fighting since the war began.