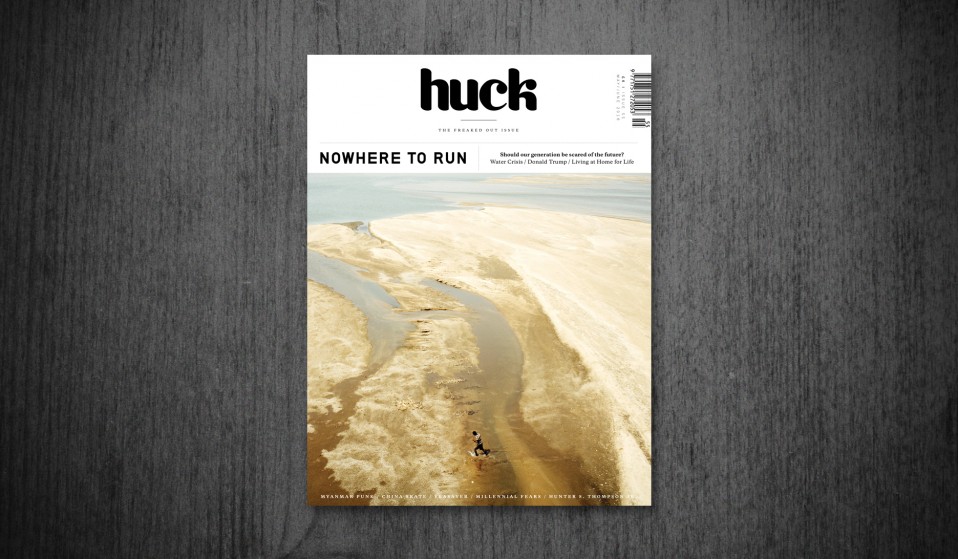 Our generation is no stranger to fear. It seems to linger ominously around every corner, casting a shadow on our backs. We’re force-fed fear by the gallon-load – from politicians’ lips and tabloid headlines to our own self-defeating inner-demons. Enemies, we’re told, are everywhere. Our future is riddled with insecurity. And our planet has been royally screwed by all the men and women who came before us. It’s enough to send even the brightest optimist to the brink of a nervous breakdown. But still, there are people who refuse to freak out – no matter how scary shit gets.

In this issue, we’re peeling back the mask and locking eyes with fear. We want to understand how it creeps into our lives with an insidious, Machiavellian stealth – dividing communities, breeding paranoia, and forcing us to lose faith in others and ultimately in ourselves. We’ll interrogate our own fears, both founded and unfounded, ordinary and bizarre. And we’ll contemplate some things that don’t scare us nearly enough, but which we can no longer afford to ignore.

So join us as we face our demons and head into the great unknown:

Water: Are we heading towards a water crisis or are we already in it? Photographer Mustafah Abdulaziz is journeying across the world, closing the gap between the choices we make and the impact we have on the planet. 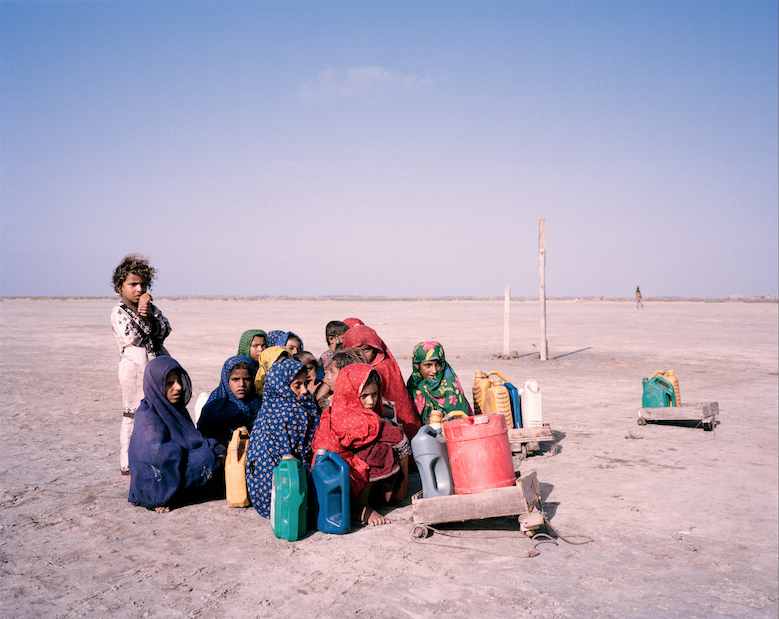 Yeasayer: After eleven years together, surviving hardship and high expectations, pop eccentrics Yeasayer have learned to navigate the fears and insecurities inherent in making art.

Lucia Griggi: Waves as big as tower blocks and the surf patriarchy could not stop surf photographer Lucia Griggi from becoming one of the best in the world. 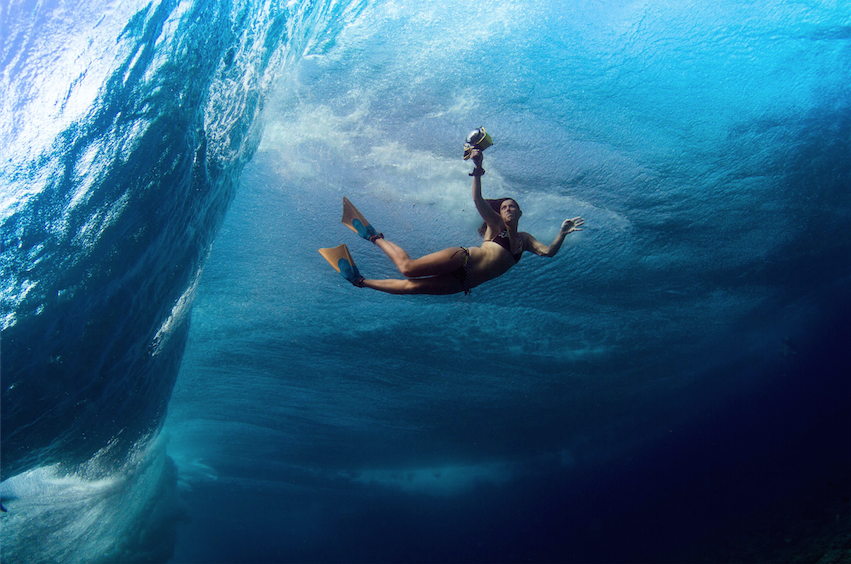 Fear and Loathing in the USA: Writer Joe Donnelly contemplates the roots of America’s schizophrenic state as it plays out in wild style during the scariest and most divisive Presidential election in living memory.

Phobia, USA: Photographer Mike Belleme set out to capture a portrait of America in 2016 by documenting people’s most intimate fears. The stories he found were anything but black and white – from the police officer who’s scared of opening up, to the Bernie Sanders supporter who’s scared of her family’s rejection. 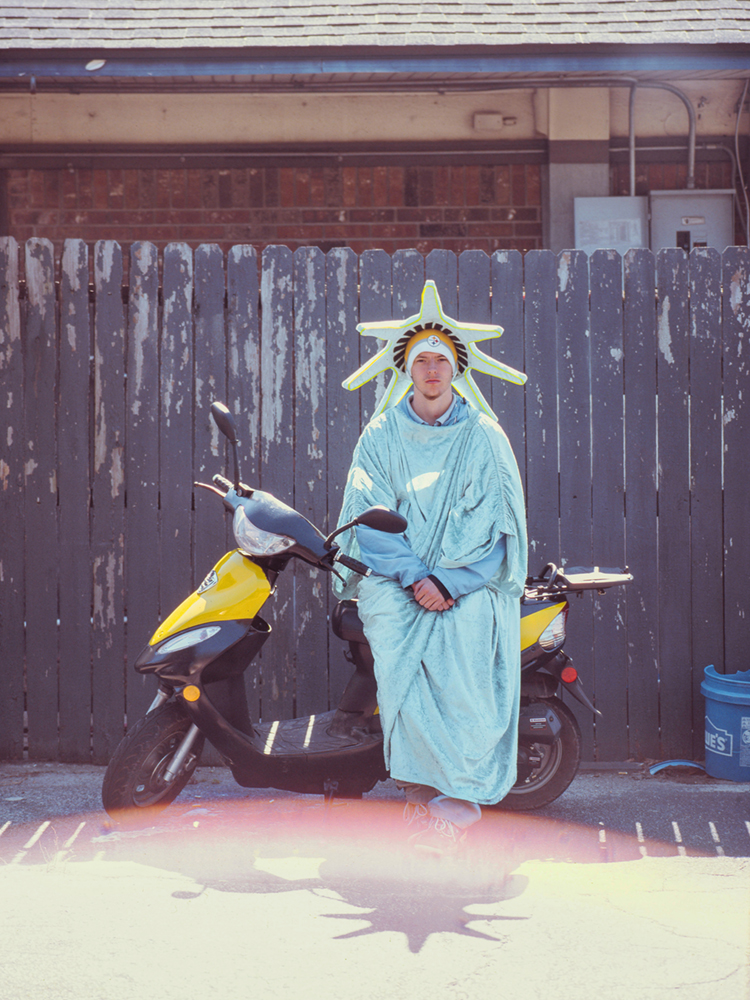 Ovarian Psycos: The women-of-colour bike gang that’s reclaiming the streets of East LA in the name of sisterhood and marginalised voices.

McKamey Manor: In suburban San Diego, Ross McKamey has turned his home into an extreme haunted house experience – complete with torture chambers and tailored to your darkest fears. Huck went there, so you don’t have to.

Juan F. Thompson: When Hunter S. Thompson shot himself in the head, his son Juan was in the room next book. In this intimate interview, Juan peels back the layers of the icon he called dad and reveals the true face of a man mythologised to death.

Stanley Donwood: Artist and Radiohead collaborator Stanley Donwood on his new immersive project – ominously titled ‘the bomb’ – which will blow your mind and make you wake up to the very real threat posed by nuclear weapons.

Big Momma: The Florida rapper who’s not afraid to tap into the dark horrors of life. 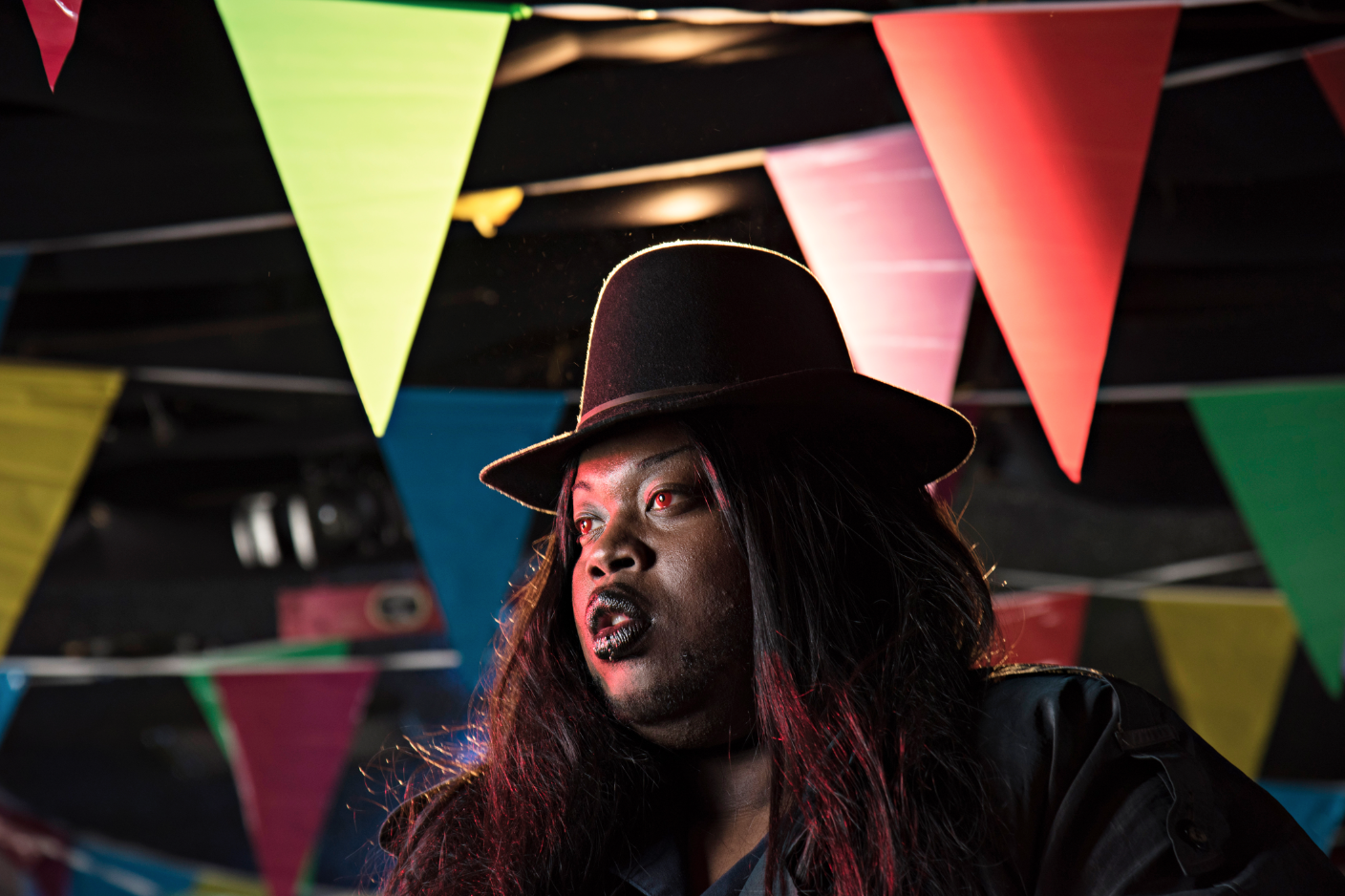 Millennial Fears: Meet the activists, entrepreneurs and optimistic doers who have found innovative ways to face our generation’s demons – from fear of killing the planet to fear of an unaffordable life.

Rwanda Rising: Two decades after genocide, Rwanda has risen from the ashes. But as the country’s artists push past the panic that once turned neighbours into enemies, what does the future hold for a nation scarred by a history of divide and rule? 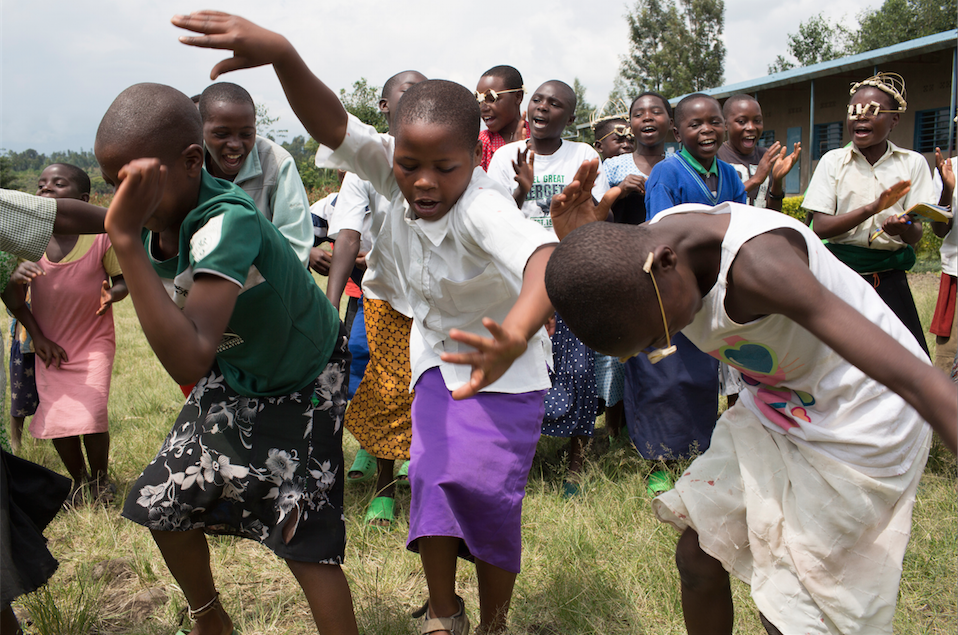 Fatima Al Qadir: Electronic musician Fatima Al Qadir is channeling her childhood in Kuwait to break down illusions of freedom in the West.

Zomba Prison Project: A notorious Malawi prison has produced an unlikely success: a critically acclaimed album with the power to heal.

Xinjiang Skate: Chinese photographer Terry Xie travels to China’s most western frontier to explore the region – demonised by local media – through the eyes of fellow skaters. 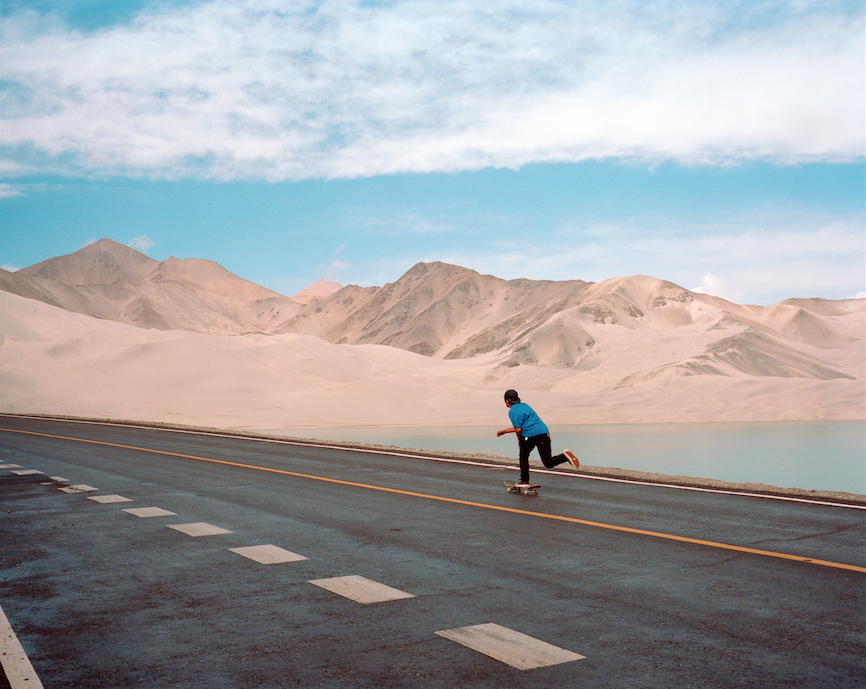 False Flags: In the search for reason in an age of terror, some people believe governments plot hoax tragedies to control us through fear. We meet the conspiracy theorists who claim they see the truth.

Punk Myanmar: The pacifist punks of divided Myanmar are overcoming religious divisions to prove that there’s always another path through life. 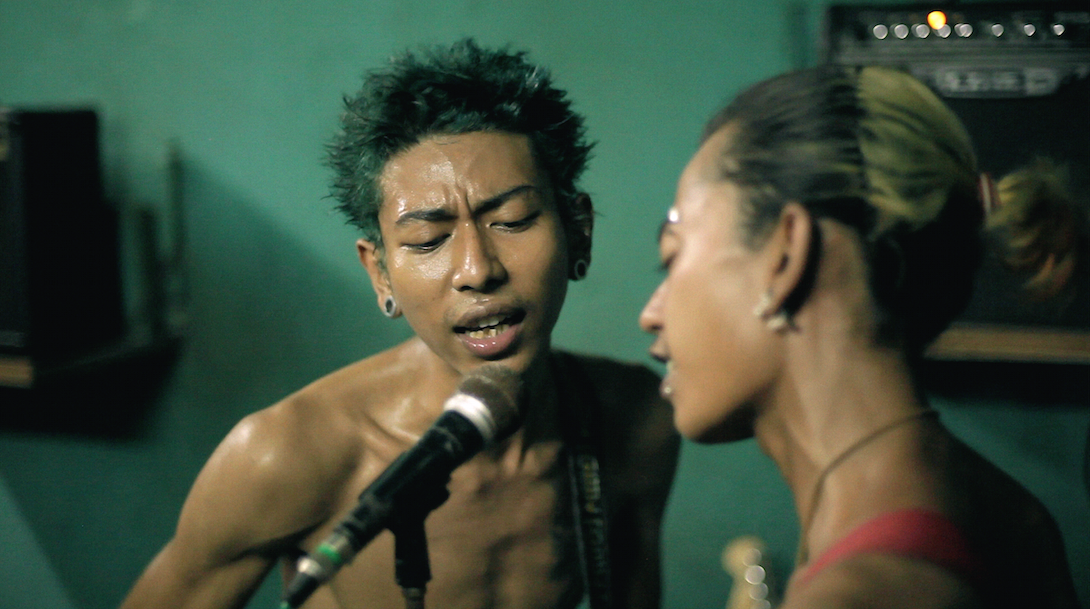 The Optimist’s Guide to Tomorrow: Good news from The Future Men! Authors, sustainability experts, and part-time comedians Mark Stevenson and Ed Gillespie tackle our collective fears about the planet’s future, and find reasons to be optimistic in-between the bad headlines.

How To Make It Your Own: More words of wisdom from independent doers turning their passion projects into progress. Featuring Ibrahim Nehme, editor of Beirut-based magazine The Outpost, and Bekke Popoola, of female art collective Black British Girlhood.

Subscribe today to make sure you never miss another issue. Buy Huck 55 – The Freaked Out Issue in the Huck Shop now.

Linkedin
OTHER ARTICLES
This afternoon, workers of the hospitality chain came together to call for better pay and working conditions.
Photographer Jeffrey Silverthorne always treated his subjects – often those living on the margins of society – with empathy and respect.
Layna, Maysa and Amaya are three siblings looking to disrupt narratives around the sport. In doing so, they’re hoping to inspire a new generation of skateboarders.
As the cost of living crisis bites, letting go of treats to keep us going is proving difficult – but we should’t just blame ourselves for our financial worries.
Max Miechowski reflects on documenting land that is being lost to the sea – and the people who live life on the edge.
The demonstration took place this week over plans to slash £50m from arts bodies in London.