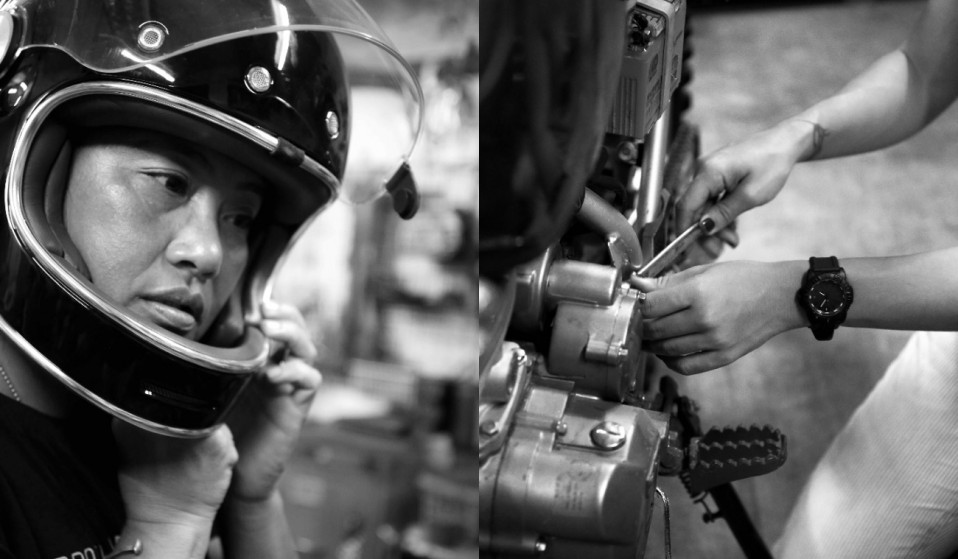 Drawing crowds wherever they go, The Litas are bringing biking to the women of the Philippines – fostering a sense of close-knit community and camaraderie in the process.

Drawing crowds wherever they go, The Litas are bringing biking to the women of the Philippines – fostering a sense of close-knit community and camaraderie in the process. ‘We’re not here to measure dicks,’ explains co-founder Erika Fernandez.

There’s a cultural phenomenon happening in Manila, Philippines. Hidden in the maze of the city’s skyscrapers, eight women gather: clad in leather, sporting tattoos and straddling 1,200cc engines in the burning 35-Celsius heat. What brings them together? A desire to fight the patriarchy and celebrate their passion for motorcycles.

The Litas Manila are part of a global, all-female motorcycle franchise. This particular branch was founded in 2017 by Filipino vlogger, drummer and motorcycle enthusiast Gaki Azurin, who wanted to build a community of women riders on her home turf. 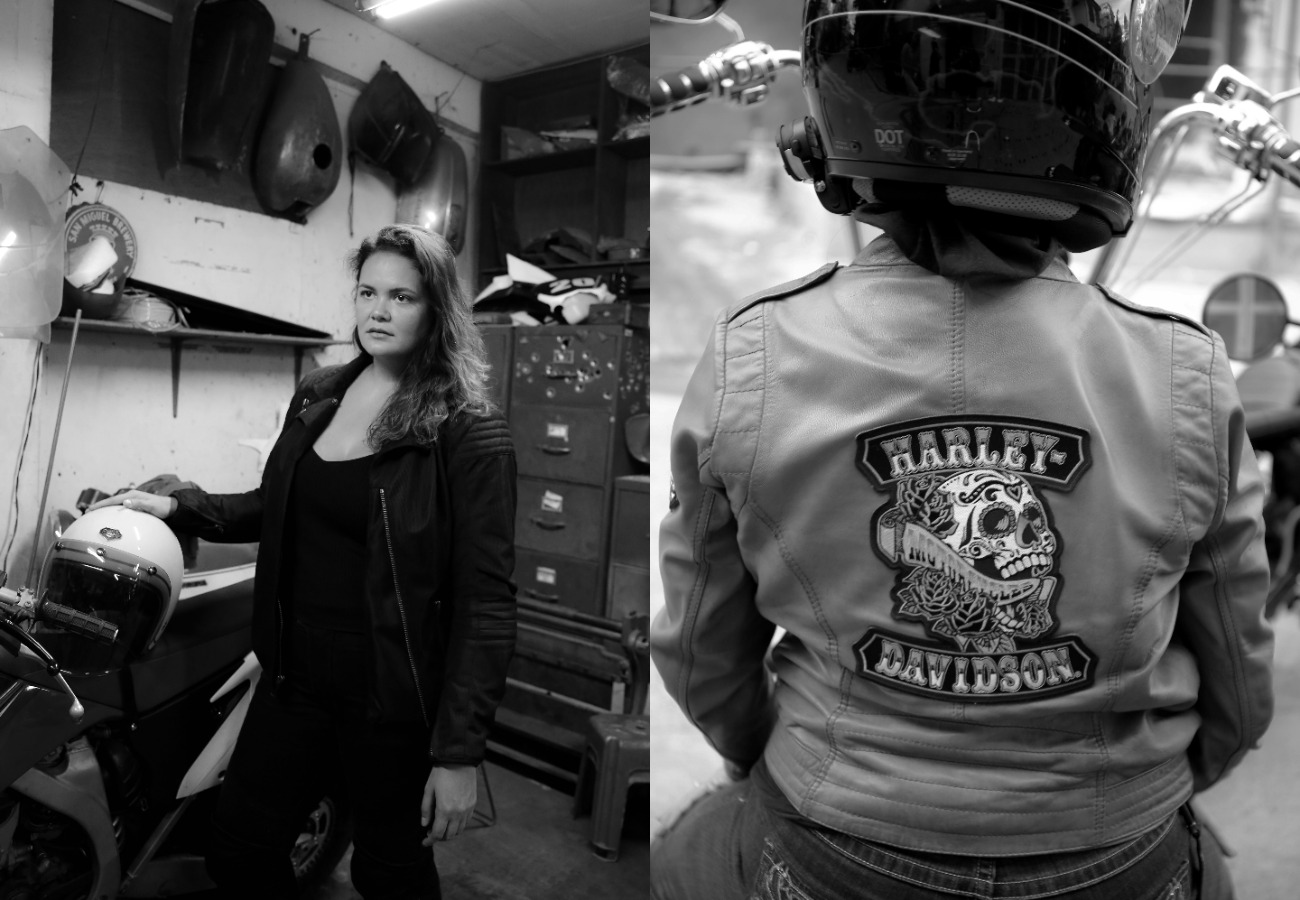 The group are something of a rarity. Drawing crowds wherever they go, they rule the streets at 100 miles per hour – but they also foster a sense of close-knit community and camaraderie. No matter what type of bike they ride, what their background is, their level of experience, riding style or how old they are, all women are welcome.

Over the last year, The Litas have become a family, advocating for the safety of female riders on the roads. “We are always in proper gear, especially for the long rides,” founder Gaki Azurin explains. “There is always a lead bike and a tail bike in the group, a designated driver to accompany us and designated people at key points along the way in case of emergency. It’s important for female motorcyclists to group together because there is safety in numbers and we can look after one another.” 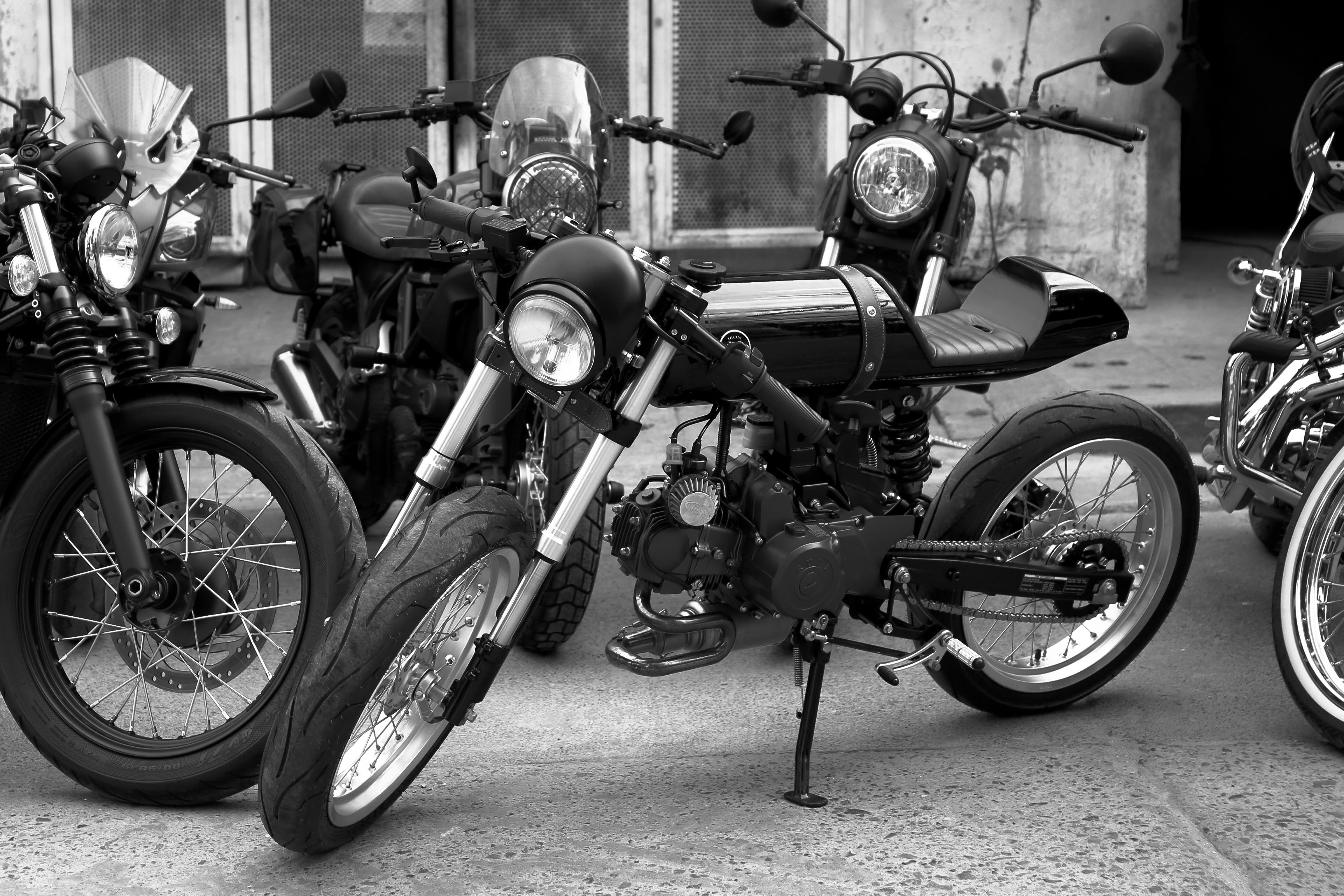 Though the motorcycle industry is heavily male-dominated, this is slowly changing. Motorcycle clubs worldwide are taking more steps to be inclusive of women riders, and are recognising a need to accommodate them with gear and safety training. The Litas want to accelerate this change in the Philippines, where finding gear and accessories in sizes for women is still a prevalent problem.

“We’re not here to measure dicks,” says co-founder Erika Fernandez, a Lita who is also a businesswoman, women’s advocate and martial arts trainee. “We are here to help encourage other women to feel comfortable riding. The Litas in Manila exists to empower women through our hobby and proper education and skill training. We are a network linking female riders with technical training schools and teaching proper road discipline values.” 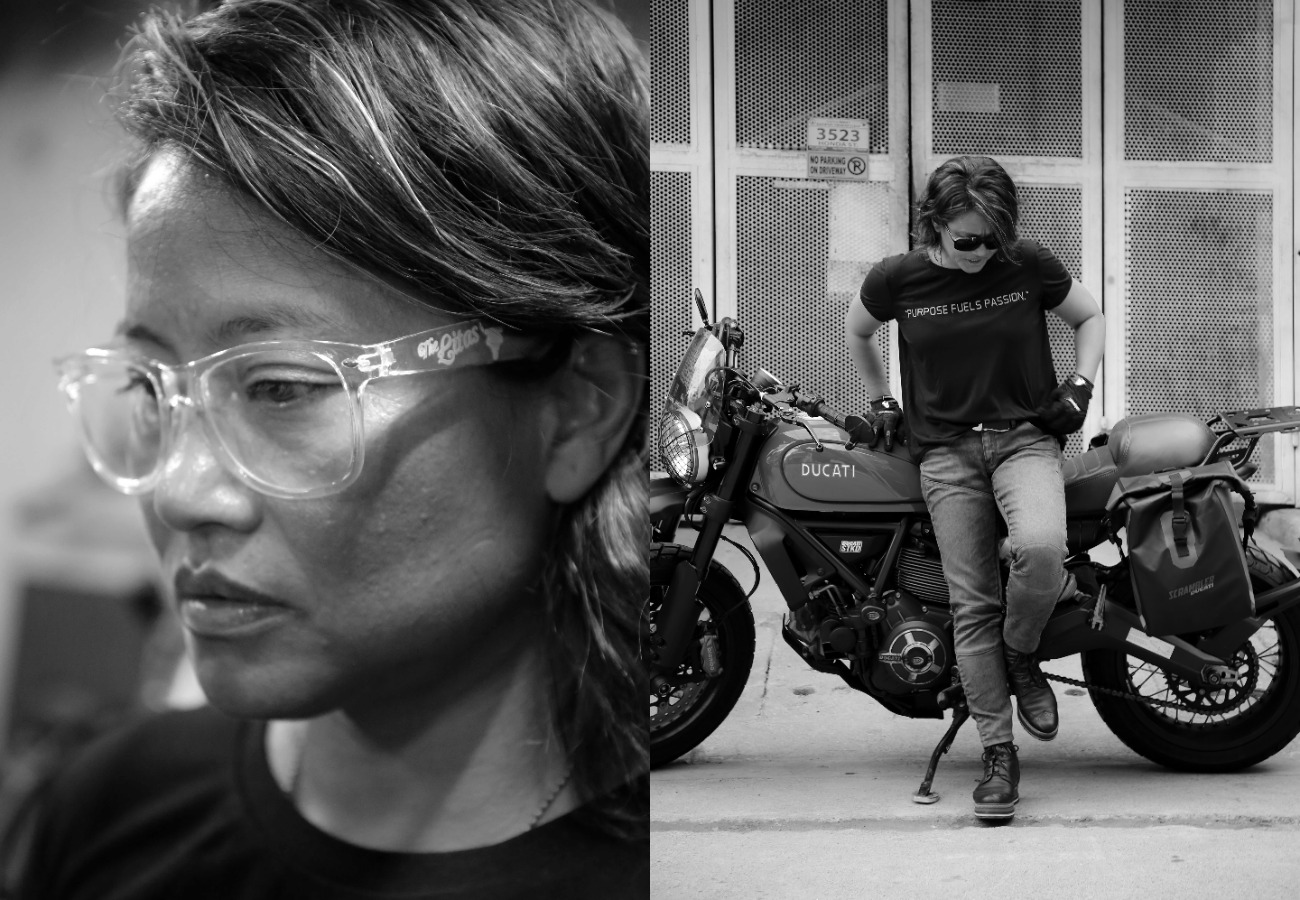 Despite representing 49.4 per cent of the population, women in the Phillippines only make up 34 per cent of the workforce, with the majority staying at home to care for their families. The Litas Manila hope to inspire change by encouraging them to ride as a hobby and try new things – small steps that could lead them to question the traditional roles they fill.

“There is a paradigm shift in the way society views the typical Filipino woman,” Fernandez says. “Girls on bikes may still be a violation of the norm but it is also a growing market that is being welcomed, I think there definitely female motorcyclists here, we just need to find them, and this is a refreshing change.”

As women and LGBT advocates, The Litas Manila are well aware that they’re part of an industry that has often marginalised and sexualised women, but Fernandez says that they are an example of how things can be different. 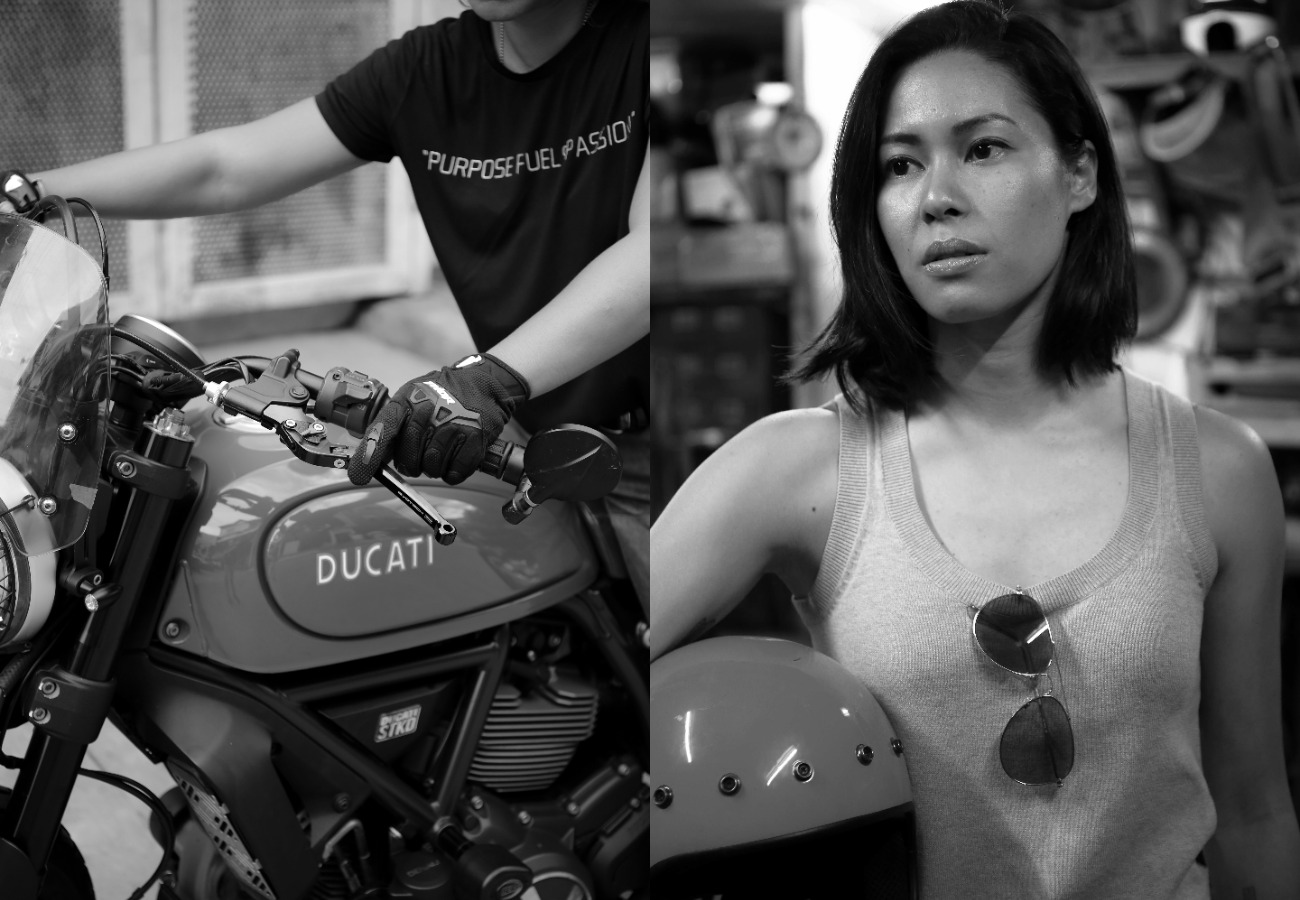 “I absolutely think the industry sexualises women, but now more than ever we are seeing women riding their own bikes with other girls without men or with men riding their tandem,” she explains. “This indicates a paradigm shift in both consumers and sellers as well as culture. Motorcycle companies are now seeing a growing market in female riders and are missing out on this if they continue to post women in underwear on bikes.”

Carving out a unique space for themselves while promoting sisterhood and safety, The Litas Manila say they will ride as long as they can, wherever they can – and that their main goal for 2018 is to see more women joining them on two wheels.

Linkedin
RELATED ARTICLES
OTHER ARTICLES
In Glasgow, life expectancy is reduced by 15 per cent. In a new project, photographer Kirsty Mackay reflects on the lives cut short.
From the queues outside to the last ones standing, Francesco Mellina’s new photo book follows a night that has gone down in the Northern-Soul history books.
While the popular news aggregation service has been kicked off Twitter, its demise does not spell the end of digestible misinformation.
Ahead of the policing bill reaching its final stages in the Lords, protestors came together to rally against the legislation.
Hundreds gathered together to protest the policing bill by making as much of a racket as possible.
While the Colston 4 verdict is worth celebrating, it‘s debatable whether the law would’ve had such empathy for Black people in the same position.