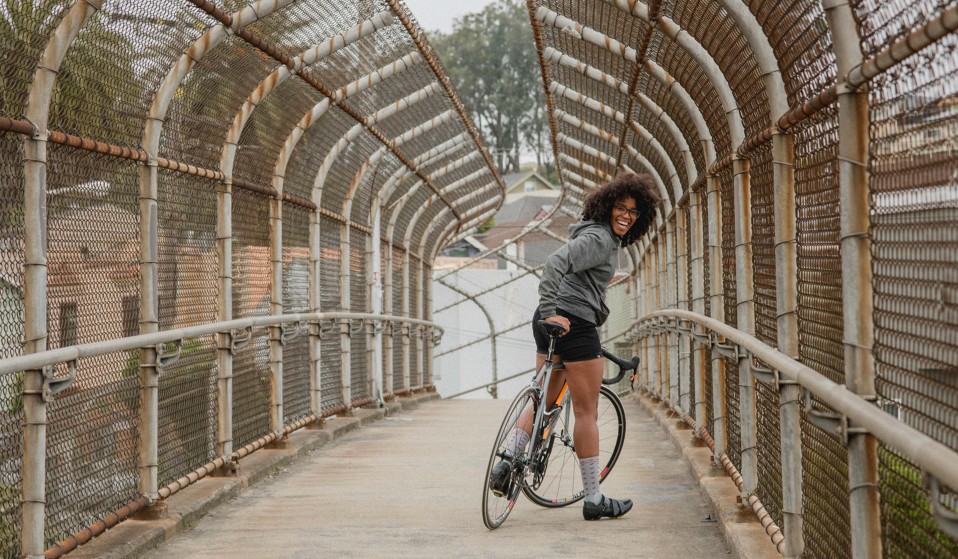 New Jersey’s Ayesha McGowan explains what's driving her to become the first black female pro cyclist in the history of the sport.

New Jersey’s Ayesha McGowan, now based in San Francisco, is on her way to becoming the first black female pro cyclist in the history of the sport.

Here, in the first post from 'Lines Through The City' – a collection of skateboarding and cycling stories produced by Huck in collaboration with Levi's® Commuter™ – Ayesha shares the secret behind her unconquerable determination.

I grew up in Piscataway, New Jersey, which is somewhere between New York and Philadelphia. It’s very much a middle-class, suburban town. I had a close group of friends and played a lot of sports and music. We all had Walmart bikes and fooled around. Cycling was never anything serious – just a way to go to my friend’s house and play basketball or video games. It was just a really fun form of transportation.

After enrolling at Berklee College of Music in Boston I soon realised that I needed to get to school faster, and not spend money on the train, so I got my mom’s bike out of the basement of our house, which still had a baby carrier attached to it, got it fixed, and started commuting. It was great. A guy I was dating at the time then convinced me to buy an old Raleigh that had been converted into a single-speed with a freewheel, and I thought it was the coolest thing in the world. Going from that first serious bike experience to ‘I now have a bike tattoo on my arm’ took about three years, which is pretty fast, I guess. 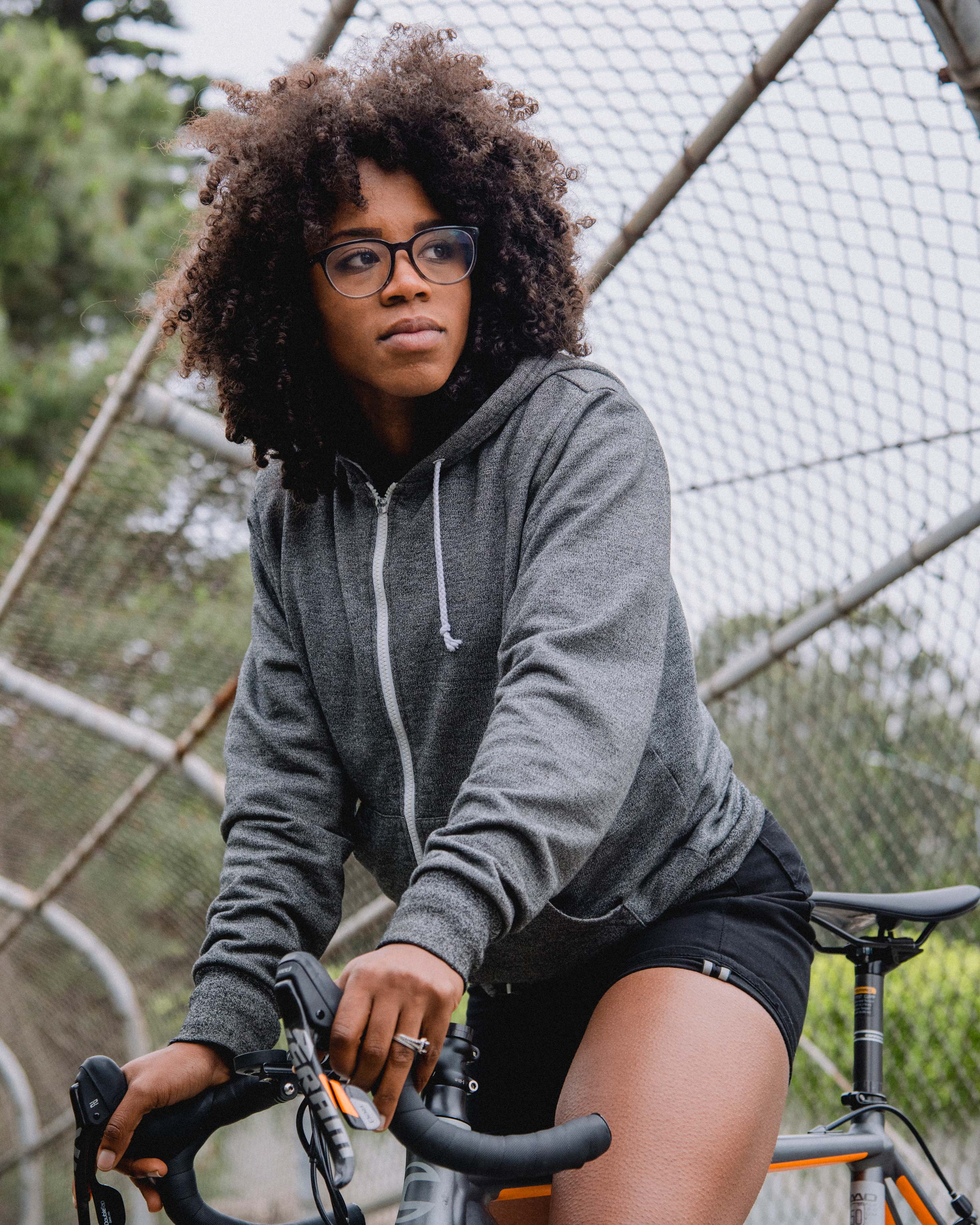 After I finished college I moved to Brooklyn, and it was there that I bought myself a real track bike and converted it to fixed-gear. I started doing alleycats and goldsprints and made a set of friends with road bikes. It was fun, killing time. I wasn’t taking it seriously then, either. But that changed after I got involved with We Bike NYC, which is a women’s empowerment organisation. The founder started it because she didn’t have any female friends to ride bikes with, and it just exploded. I volunteered and got involved with InTandem, a cycling program for people with disabilities. I loved it.

Advocacy led me to racing because I was always around all these different kinds of bike people. I started doing really well at races but I also started noticing that there were not a whole lot of folks there who looked like me. It felt like, where are all the black women? Why aren’t they here? So I went on this crazy hunt for a professional African American female cyclist and I couldn’t find one anywhere. That blew my mind because at the time it was 2014 and it’s cycling! Everyone knows about bikes, it’s not a secret. I couldn’t understand but I thought, ‘Well, this is my opportunity to create representation in a community where representation has not existed. And maybe more people will then want to do it, too.’ 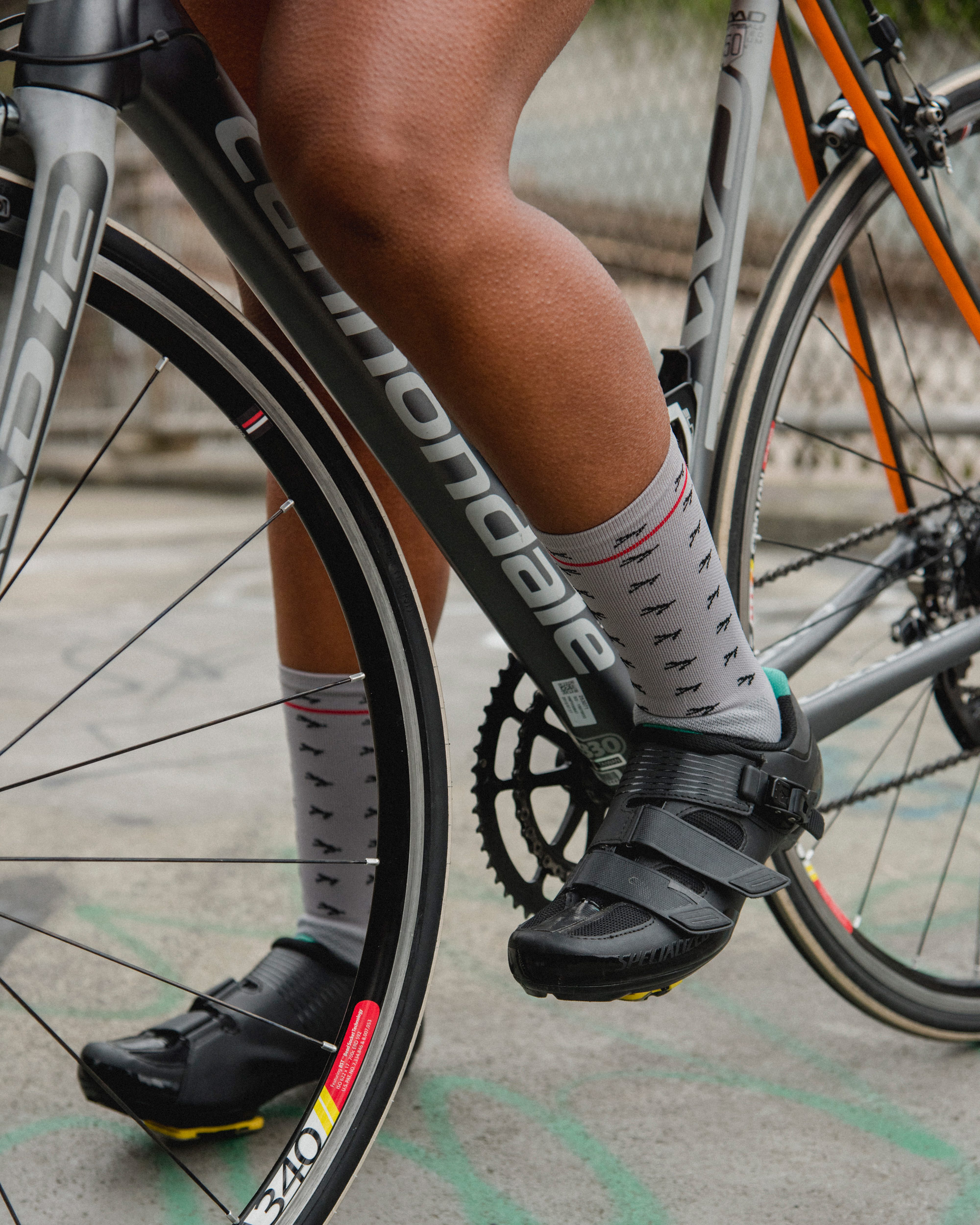 Race culture is really screwed up in the States, and I think a lot of areas never really integrated. It wasn’t a priority for the African-American community to be into bikes, and it still isn’t. It’s just something I’m into, and I wonder, ‘Why couldn’t more people be interested in it, too?’ My philosophy is that it’s a matter of representation. People don’t see themselves in the sport so they don’t feel like it’s a thing they even want to do. 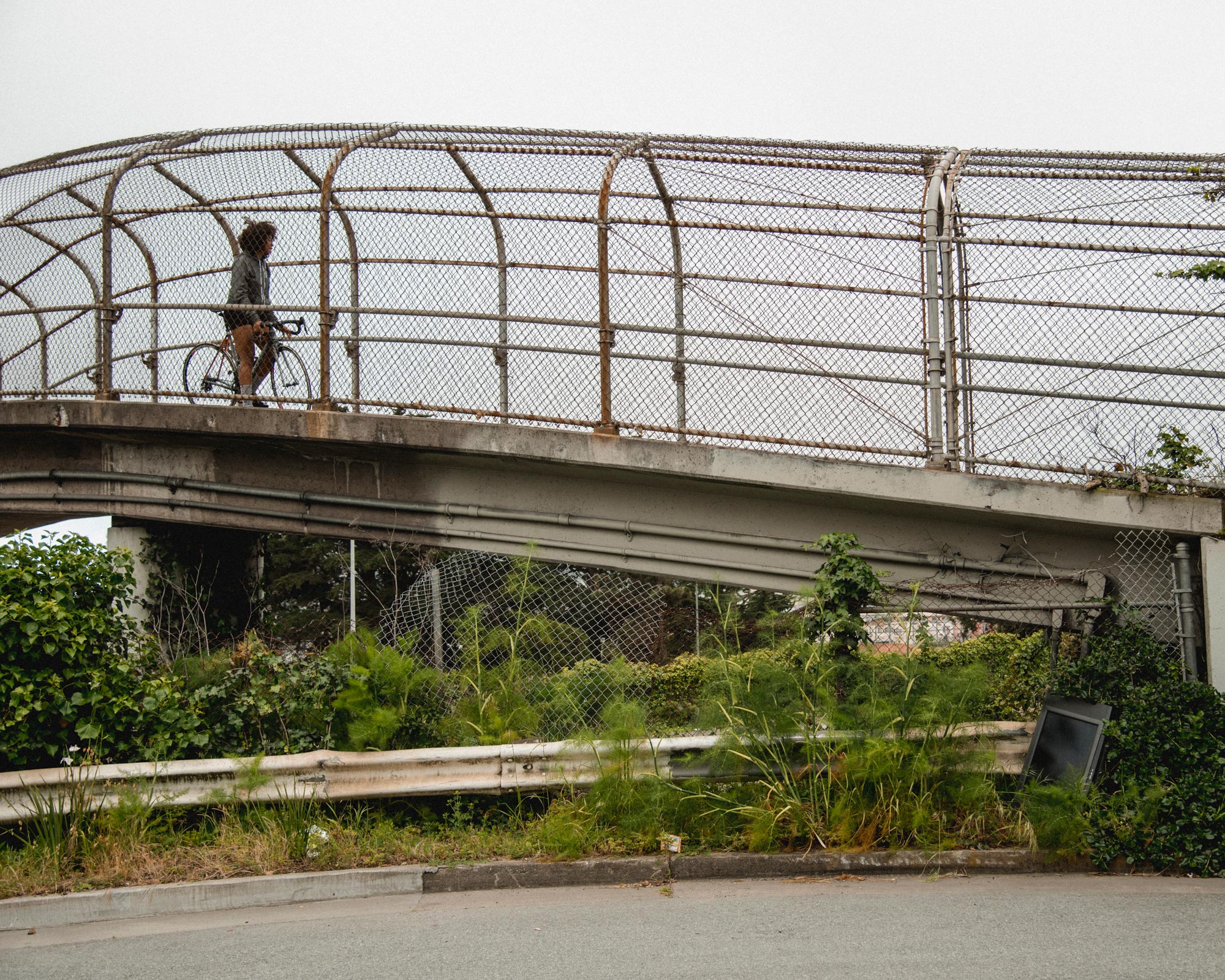 It’s going to take a lot to climb fifth-level racing, but I’m never going to do it if I don’t put myself out there, if I don’t go for it, if I don’t sink a few times before I swim. And for a lot of people, that could be demoralising, but it’s all a part of it, you know? It’s just about continuing to push and work on the things that you’re not good at, and improve where you can, and take advantage of whatever strengths you have. I just tell myself I’m going to do it. I’m going to reach for the stars and see where I get with that.

Check out the Levi’s® Commuter™ collection online and at specialty shops worldwide.

Linkedin
RELATED ARTICLES
OTHER ARTICLES
The author discusses the all-consuming nature of heartbreak, and turning the experience into an incisive exploration of love and loss.
The curators of a new exhibition are hoping to shed light on Plymouth’s vibrant but often overlooked nightlife.
50 years since its inception, and the campaign calling for recognition that capitalism depends on domestic labour is as pertinent as ever.
The past five years have seen a staggering increase in foodbank usage across the UK. Now, staff fear things are set to get much worse.
The singer-songwriter discusses her intimate new project – and the advice she’s picked up across a career as one of rock’s leading voices.
Photographer David Hoffman recalls documenting the extreme wealth inequality around Tower Hamlets and Hackney int the 1980s.