Outdoor / Bikes / The Bikelife pioneer changing London from the streets up

Jake100 is a daredevil on a bike with a rapidly growing following. For 18-year-old Jake O’Neill, this is no solo mission.

Jake100 is a daredevil on a bike with a rapidly growing following. For 18-year-old Jake O’Neill, this is no solo mission. It’s the start of a new era where young people are rising up and refusing to be pushed to the margins. His story is celebrated in Nothing Beats A Londoner, a new series produced in collaboration with Nike celebrating teens whose lives have been transformed by sport.

Three thousand teenage boys have brought this corner of North-West London to a standstill. Wearing hoodies, tracksuits and rucksacks, they’ve congregated on a road in Ladbroke Grove with their mountain bikes.

One of the elders, a tall guy with his hood up, raises his arm to the sky. The sprawling crowd follows suit, lowering their eyes to the ground and standing in silence for two minutes to honour the 71 people who died in the fire at Grenfell Tower, which dominates the skyline, overlooking the scene like an enormous, charred tombstone. 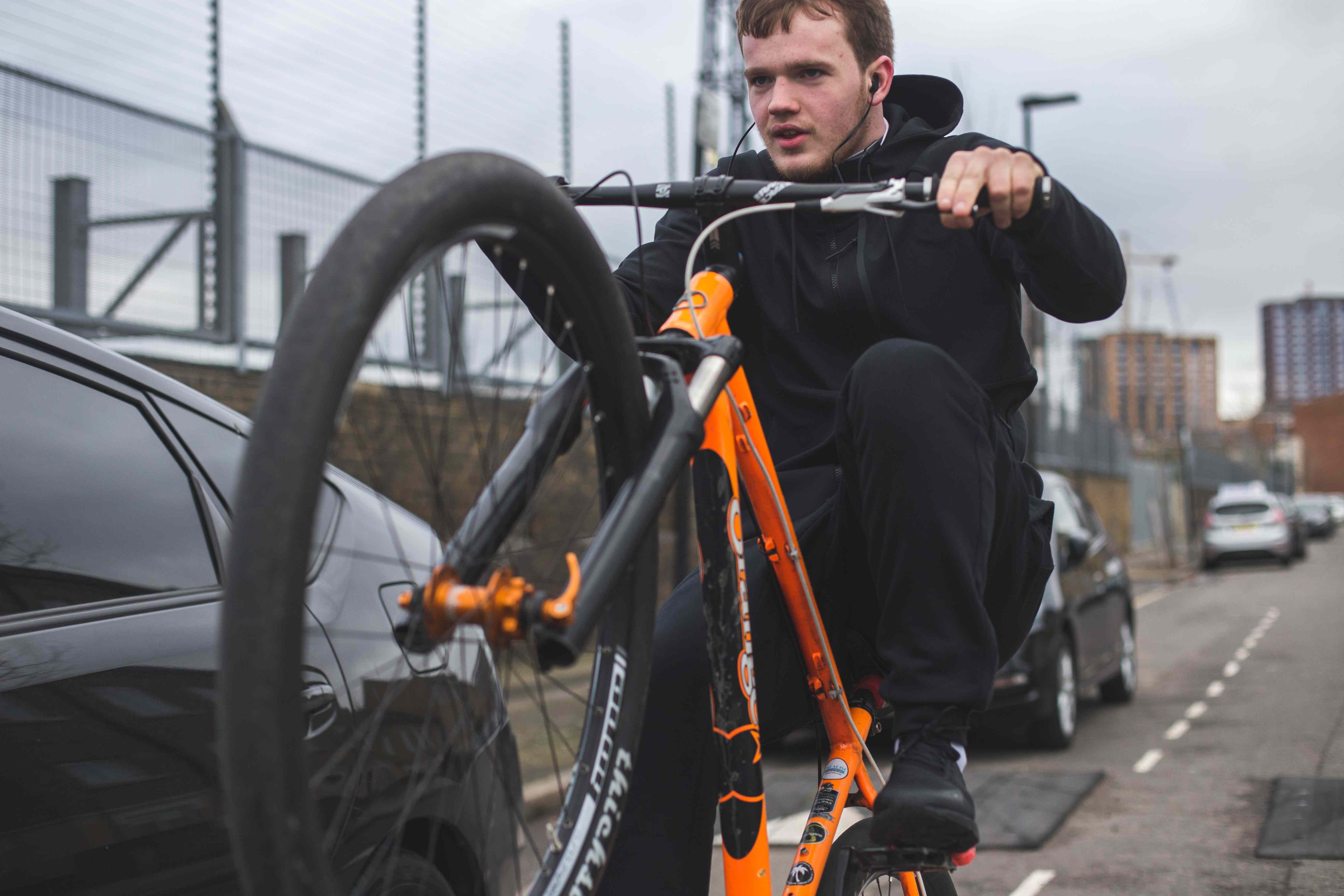 “We went to Grenfell to pay our respects – but also to show people that we’re not just heartless kids who don’t care about anything,” explains Jake O’Neill – known as @jake100_ to his 50k+ followers.

Jake is widely respected as a pioneer amongst this crowd. As co-founder of Bikestormz – an annual mass ride-out that sees London taken over by riders in their thousands – he’s helped carve out a space for a new generation of bike-obsessed youth.

Bikestormz is the vanguard of Bikelife, a movement that’s blowing up in the capital and across the UK. It’s a community where skill on a bike – particularly wheelieing ability – swells your reputation. Jake has played a pivotal role in shaping the London culture and regularly drops clips of himself blazing through London’s streets on one wheel. 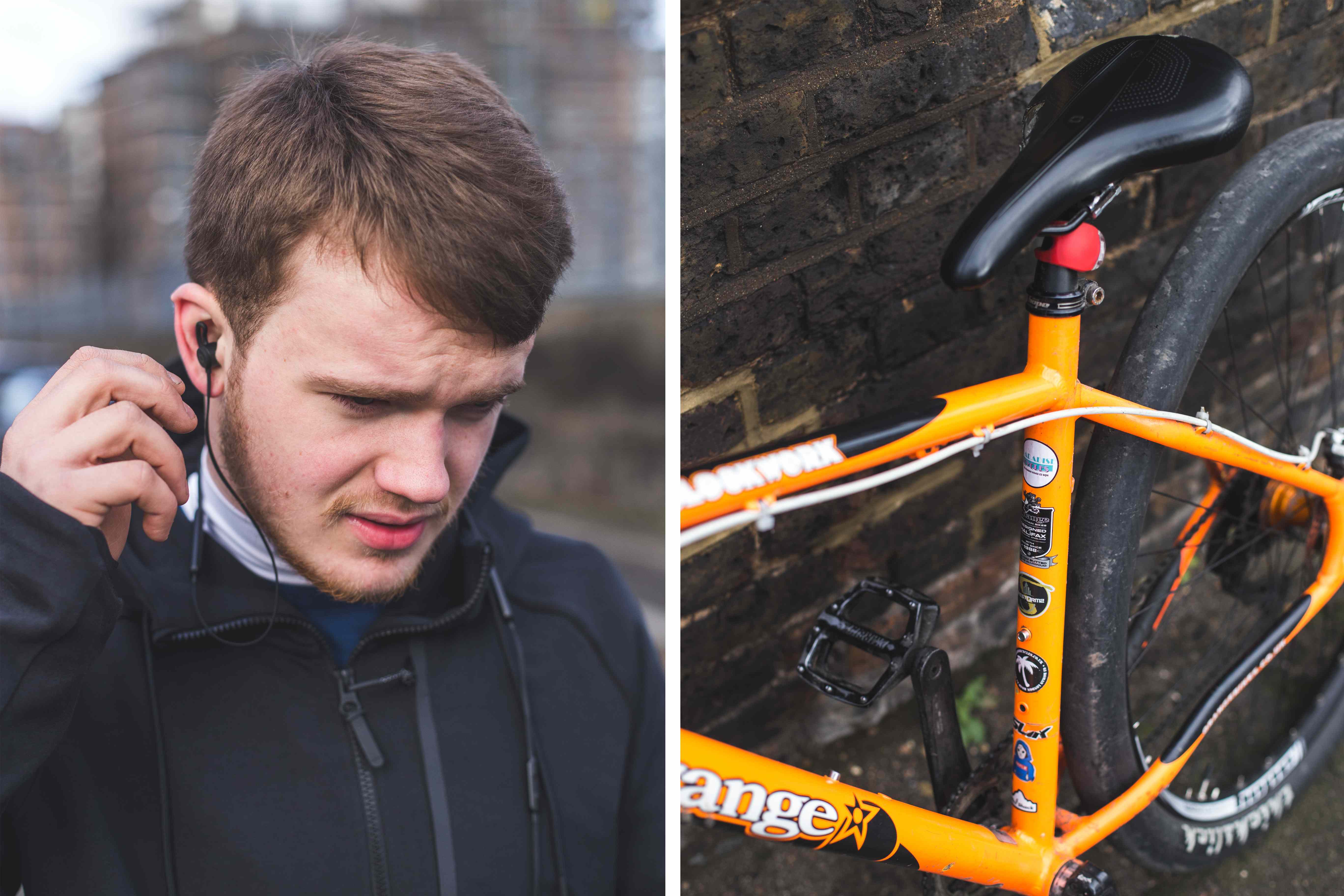 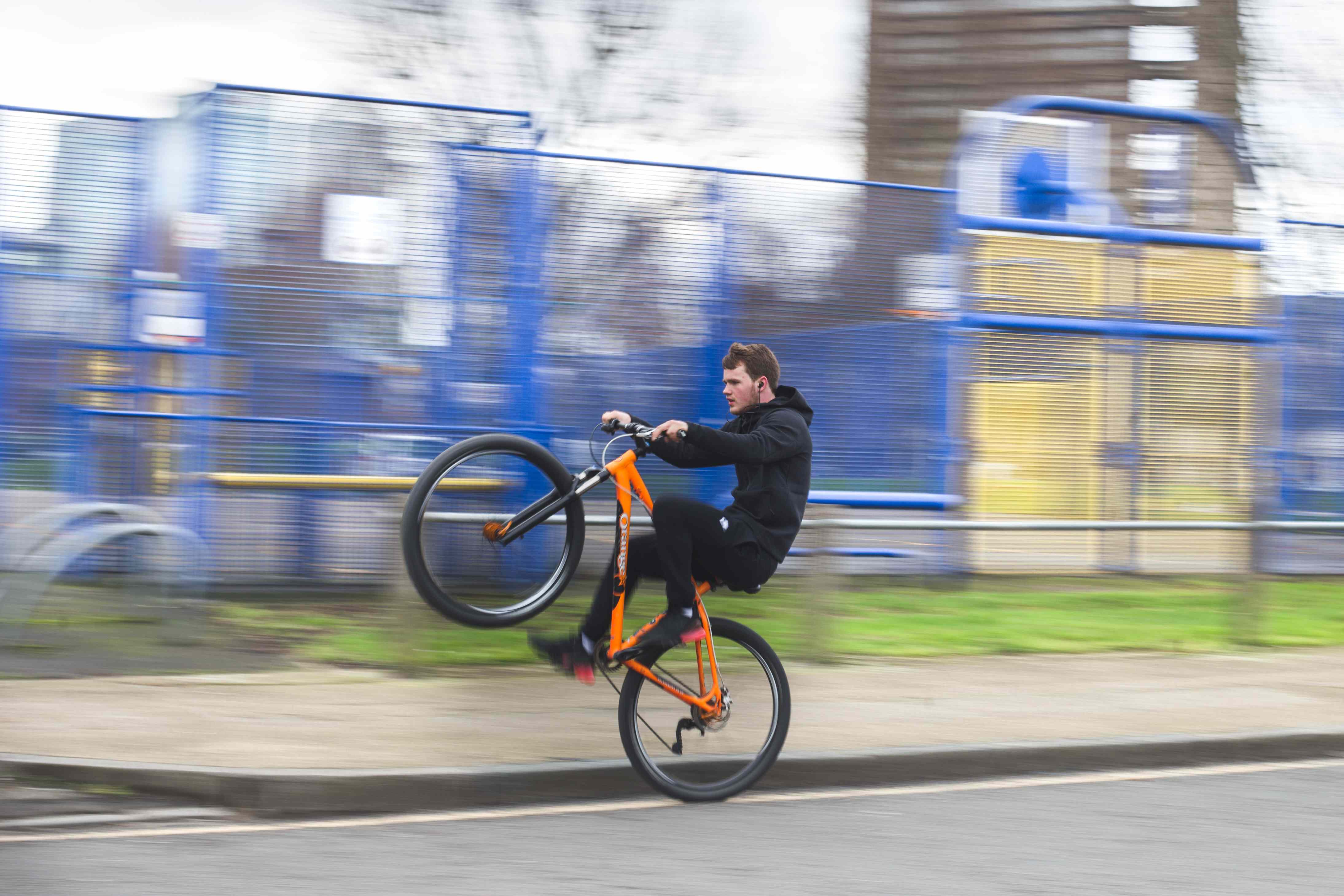 Bikelife is a subculture that provokes furious headlines and complaints from passers-by. Right now, they’re totally still – using this silent vigil to give London a chance to see another side of this misunderstood, emerging youth movement.

“A lot of riders come from estates like the [Grenfell] tower blocks,” says Jake. “The fire hit home for a lot of people how real life actually is and how it could just get taken away tomorrow. It’s important to bring all of these different types of people together, to pay tribute to lives taken by something completely out of their control.”

Jake is from Wanstead, an East London suburb. He discovered his passion for bombing the streets of London on a bike at 14 and at 16 he left college to work as a bike mechanic. He’s still rarely out of the saddle, exploring all corners of the city with his crew, learning new tricks to shoot ever-more nail-biting clips. Now 18, he’s hoping to use his growing, global social media following as a springboard to land endorsements allowing him to ride full-time. 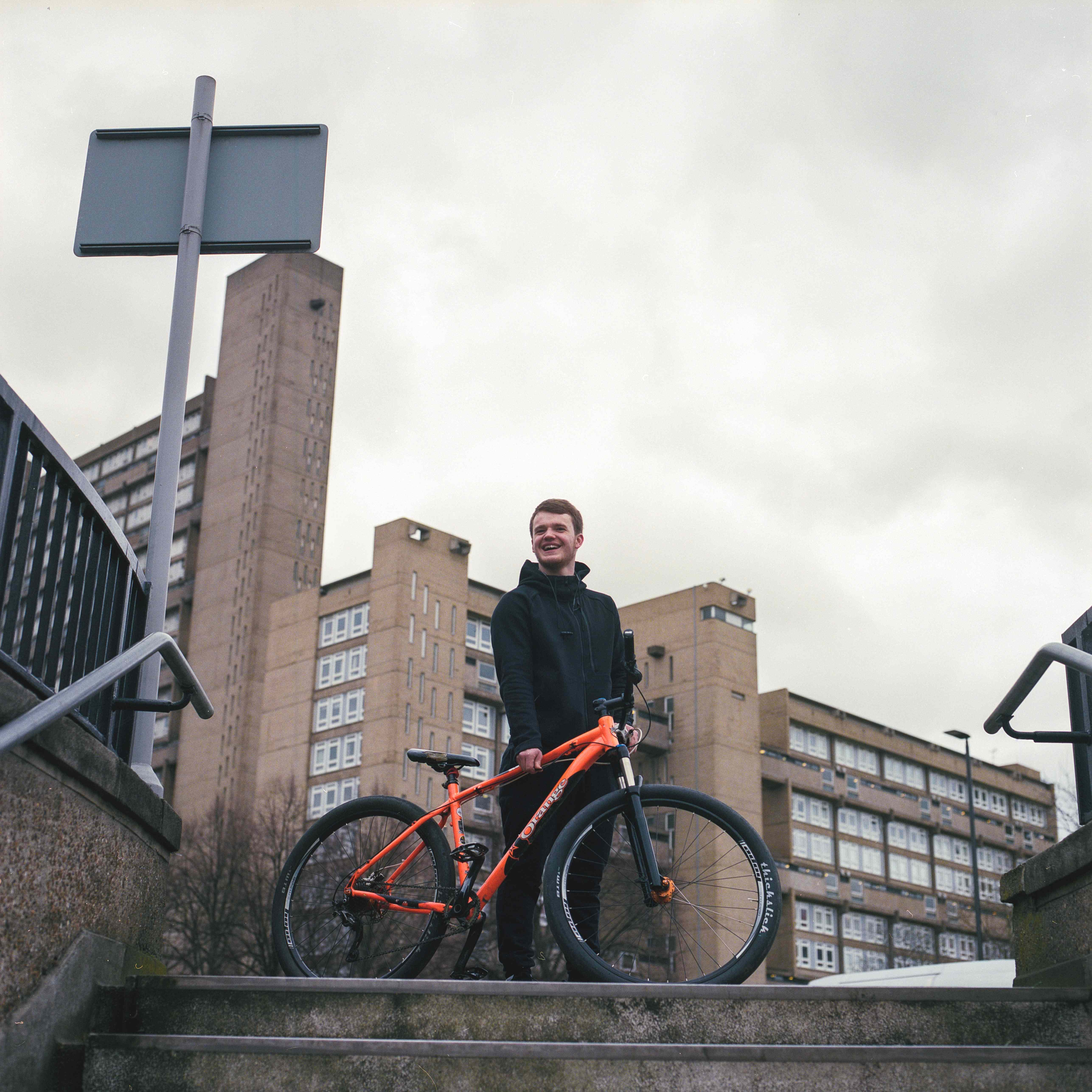 “I can count [on one hand] how many times mates from my area have seen Tower Bridge,” Jake says. “Privileged kids get a lot more opportunities. I’m not going to say I had it tough, but there are constantly negative things happening around you that can influence you to take the wrong path. It’s important to have a focus that draws you away from that. Growing up, if you loved riding a bike and pulling a wheelie, there was nothing. I was focused on doing something that didn’t exist.”

When there’s little around to inspire, what do you do? If you’re Jake, you work tirelessly to create an inclusive community from scratch and start pedalling forward. Those who share his vision want to echo what sports like skateboarding have accomplished; to lift Bikelife from the rebellious fringes and cultivate a fan base capable of sustaining its most talented individuals – and 2017 may go down as the watershed moment. The community has ballooned and even the police have shifted their position towards helping facilitate Bikestormz. 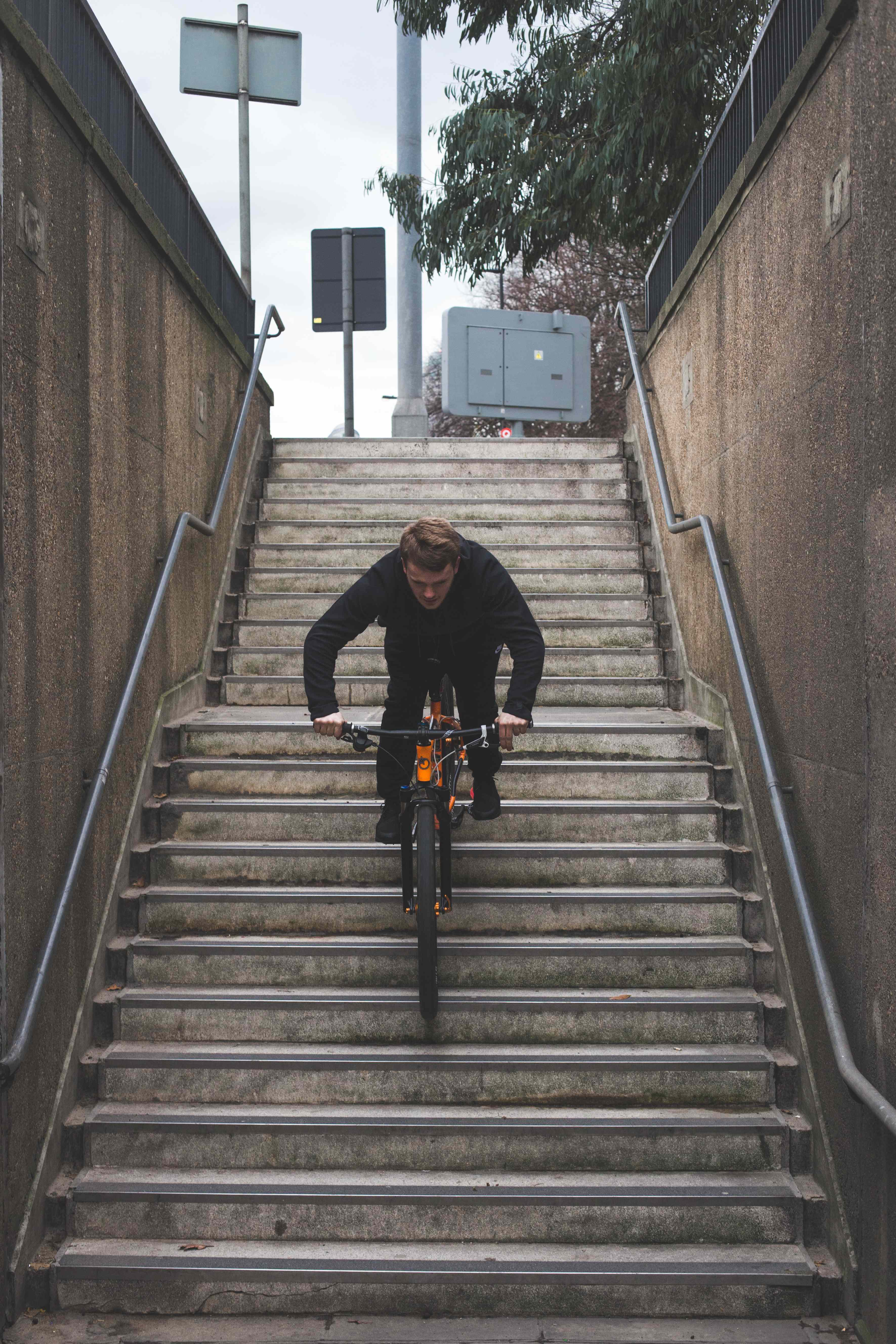 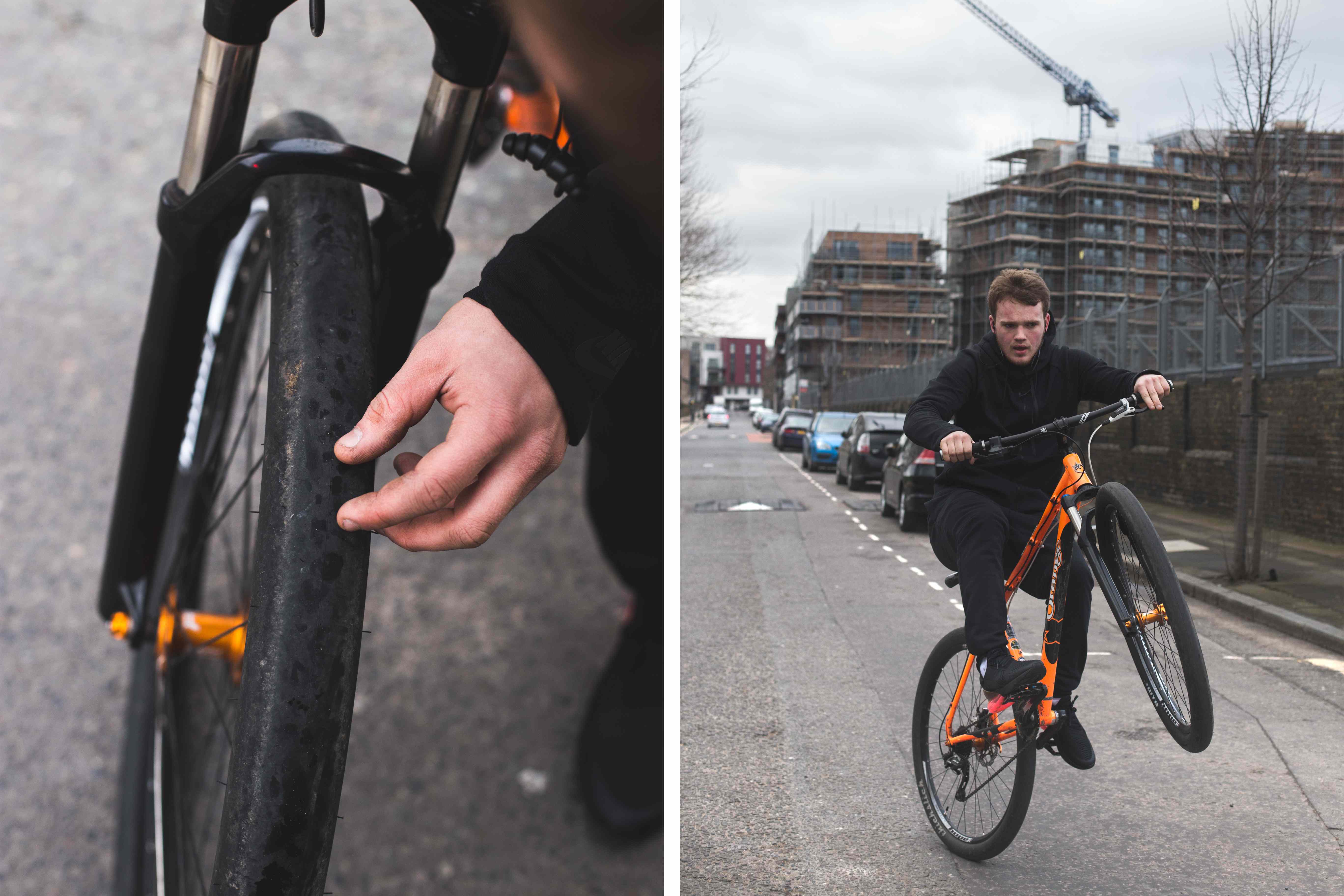 After appearing in music videos, an advert for Nike and signing a contract with a talent agency, Jake begins 2018 with a bright new horizon stretching out before him. As a leading figure in UK Bikelife, his life could be transformed if the scene’s immense momentum continues and breaks into the mainstream.

Jake is adamant that if he is to succeed, he will need to take everyone with him. He’s conscious of his responsibilities and is using his profile – particularly his Youtube channel – to overhaul how the movement is perceived by the city at large. He’s fighting to overcome misconceptions about who riders are and what they’re trying to build: a family that embraces people regardless of where they’re from. 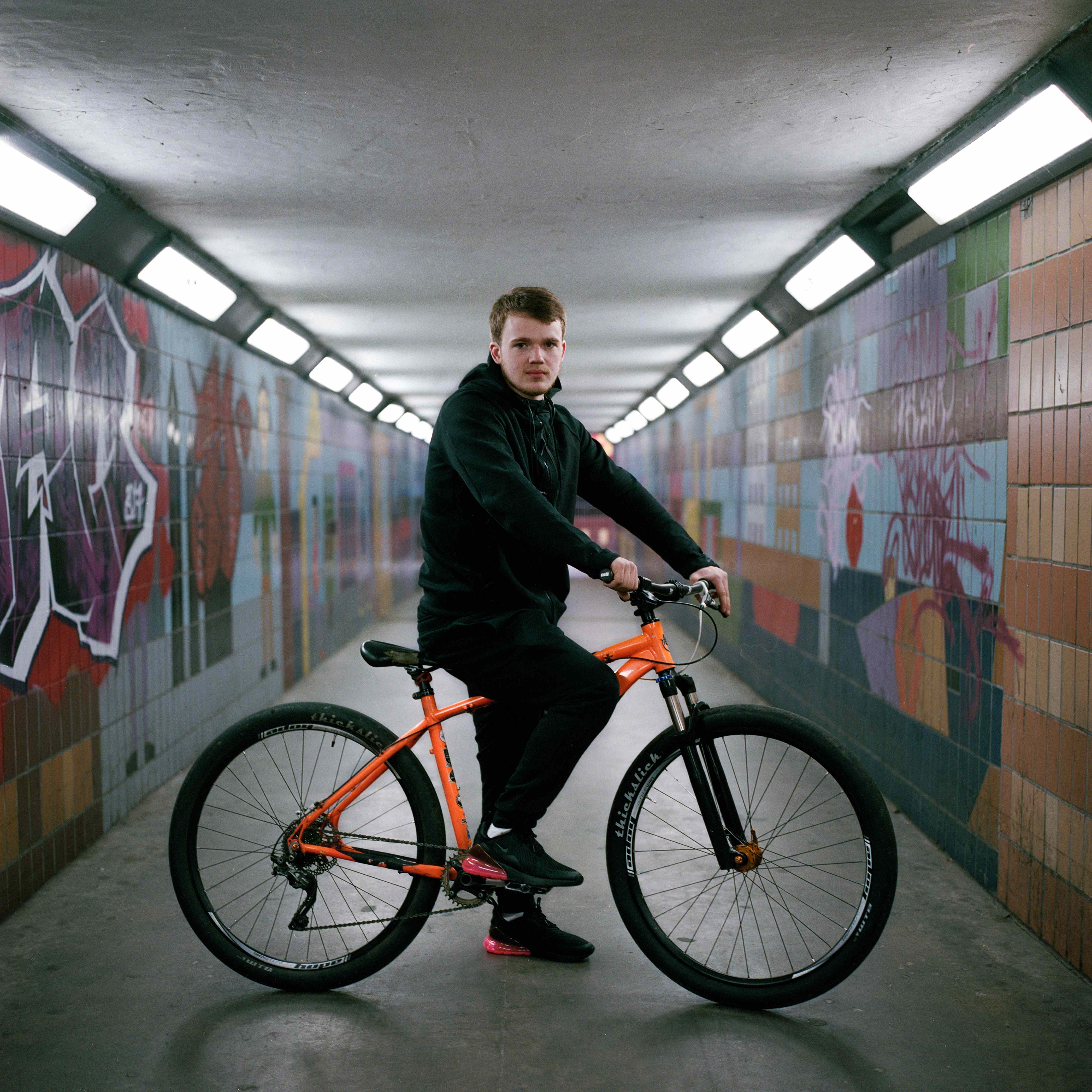 “In London, everyone’s hungry; everyone wants this and that,” Jake says. “I understand how what we do can be controversial, but people are starting to notice this is something special, because we’re all one – and you don’t really see that anywhere else. We’re growing because we’re all part of a community that wants something for everyone. We’re just trying to make it together, I guess.”

Linkedin
RELATED ARTICLES
OTHER ARTICLES
After blocking the Scottish government’s gender recognition reform bill, Westminster is now devising further changes to the law to make it harder for trans people to self-identify.
The pro skateboarder withdrew from the 2020 Olympic Games so he could come out as trans. Now, he’s hoping to encourage others to live as their authentic selves – within the sport and beyond.
Mass crustacean die-offs in the North East have led a community of fishermen to take action to save their seas.
A new law change is enabling Britain’s donor-conceived children to know the truth about their origins – but campaigners say the fertility industry must do more to protect people.
The first-generation graffiti artist reflects on the tagging’s emergence as an art form and the players who pushed the medium forward.
Activists and campaigners are fighting back against new laws that would seriously undermine the ability to take industrial action, calling it an attack on fundamental workers' rights.