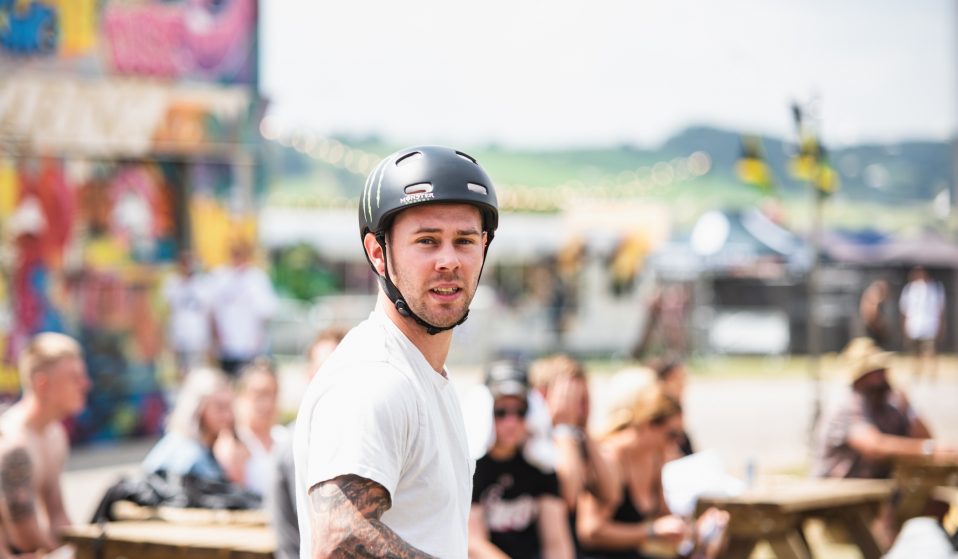 Freestyle BMX rider Alex Coleborn hopes next year’s Olympics can be a game-changer for the sport.

From building his own ramps to representing Great Britain in Tokyo, freestyle BMX rider Alex Coleborn hopes next year’s Olympics can be a game-changer for the sport.

Alex Coleborn has spent half his life on a BMX bike. Having first picked one up as a 13-year-old growing up on Jersey he had to make do “building ramps out of mud” but next Summer he’ll appear on the biggest stage, representing Great Britain in Tokyo when freestyle BMX makes its Olympic debut alongside sport climbing and skateboarding.

It’s been far from an easy ride for the Jerseyman though. At 22 a nasty crash resulted in a broken hip that threatened to end his career just as he was getting started but since then he’s bounced back to podium finishes at competitions across the world including taking silver at the UCI Urban Cycling World Championships in 2017.

We caught up with the freestyler ahead of what could be the biggest year in his career so far.

You grew up on Jersey where there wasn’t much to promote BMX freestyling, I even read that you had to build your own ramps out of mud. What got you from being that kid to competing at the top of the game?

When I was younger BMX was never really a big thing in Jersey so you had to make the best of what you got. In my younger years building ramps out of mud with my mates was where we had fun. I knew that I had a massive passion for the sport from the moment I picked up a bike and started messing around but never would I have imagined it would lead me to where I am today.

Where you are today is on the verge of competing at the Tokyo Olympics next Summer. That must be pretty surreal?

Yeah, it’s pretty crazy, it’s been an amazing opportunity so far. Being part of the British cycling team is completely different to anything I’ve ever experienced. The amount of support received, from management to physio is unreal. I still get to do what I love which is BMX so to me it’s not really a different set up more of a bigger support system. 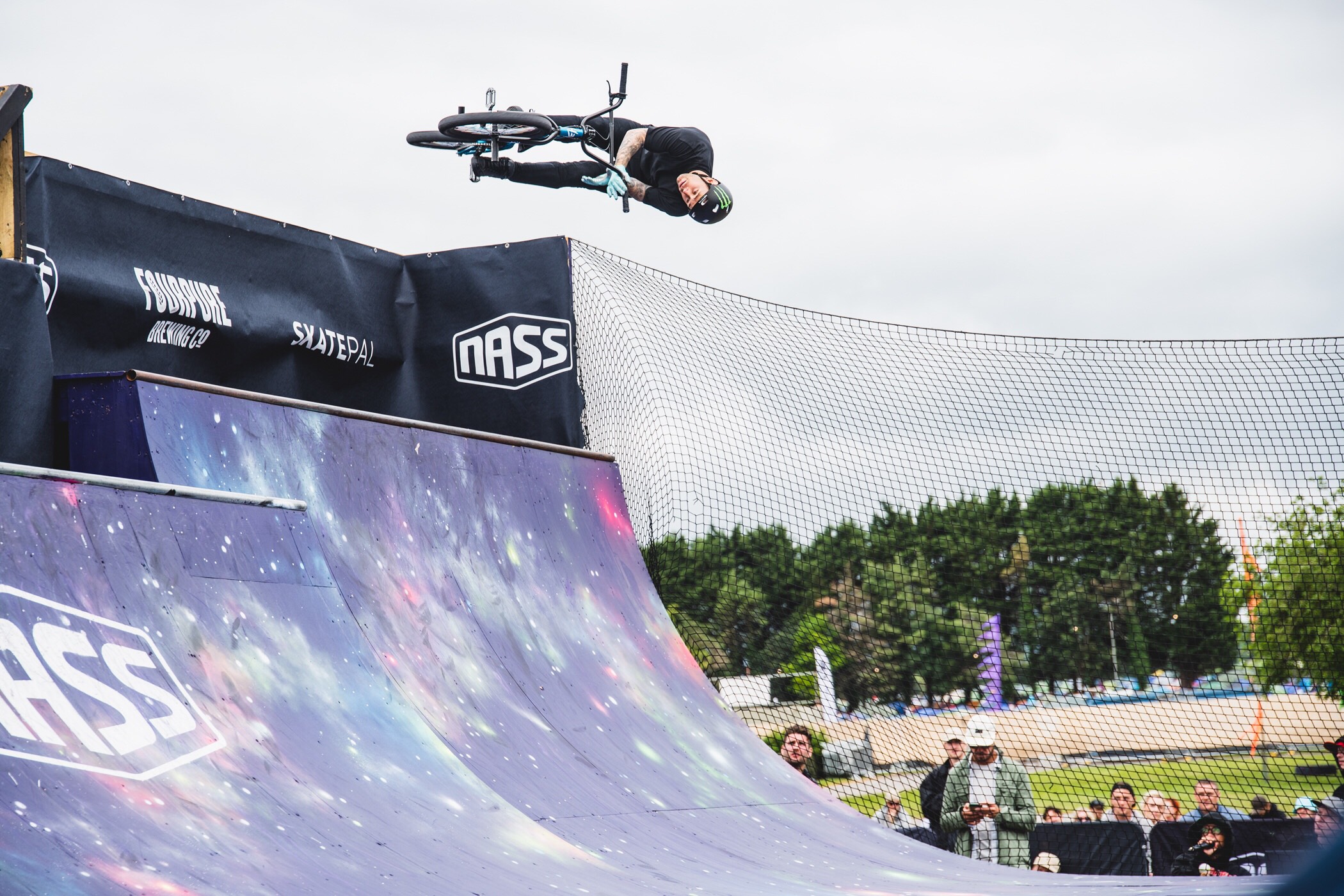 The inclusion of skateboarding in the Olympics is proving really divisive in that community out of fear it’s going to sanitise the sport. Are you worried about that at all for BMX?

I don’t think being in the Olympics is going to change the sport whatsoever. I think it will only do it good. Getting a younger generation of kids into riding, that’s what it’s all about. We do this because it’s what we are passionate about. The hard work and effort every rider puts in deserves its recognition and finally we are able to see that in Tokyo 2020.

Last month you were competing at NASS Festival which really brought together some massive names in music with the best of BMX and Skate. Did you think BMX would ever be so popular as to share a stage with the likes of Cypress Hill?

I think with BMX it’s always growing, there are more people getting involved and I think it’s sick that we can bring together the sport and the music in one weekend. 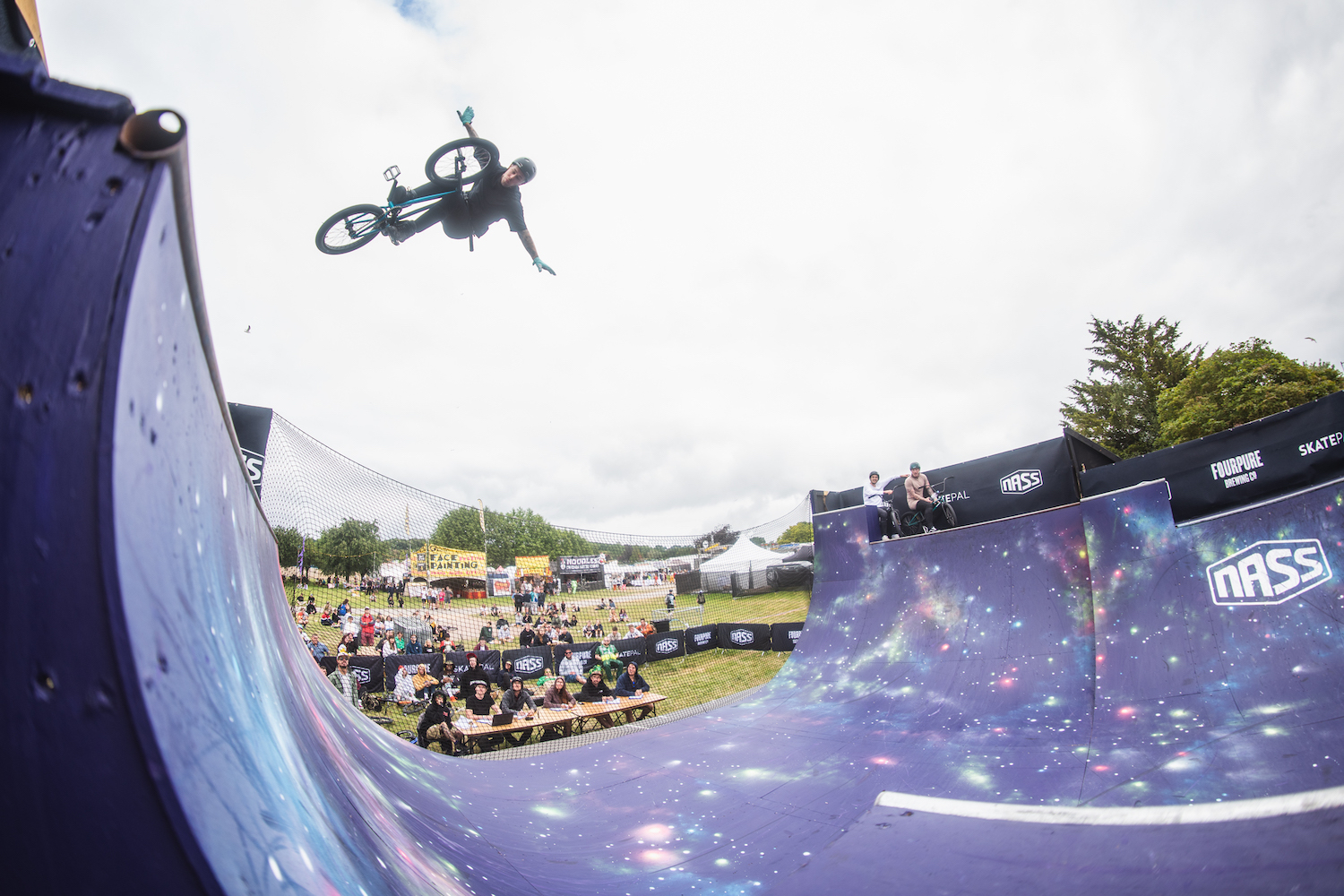 Freestyling requires taking a lot of risks and being willing to really put your body on the line. What gets you back on the bike when you’ve crashed?

Any sport is going to have risks. I’ve had some pretty nasty crashes over the years but my determination and passion to get back on my bike is the only way to conquer any fear you have.

Alex Coleborn was speaking to Huck following his appearance at NASS 2019. For more information on the festival, visit the official website.

Linkedin
RELATED ARTICLES
OTHER ARTICLES
Financial turmoil is pushing people who work in the sex industry into more dangerous and desperate situations as a means of survival.
Rogue landlords are exploiting young and inexperienced renters and leaving them in mental and financial turmoil, reports Niall Hignett.
Sean Maung’s photos are a love letter to the Black and brown communities that make up New York.
For over a decade, gamblers have won big by employing people to place live bets from the court. But does this dubious method still work?
A group of young Palestinians have found temporary freedom in the act of parkour, reimagining wreckage and ruins as a series of high-octane playgrounds.
Ahead of the release of their first collaborative album, the producer and rapper talk psychedelics and the state of UK hip hop.