Outdoor / Bikes / The Russian BMXers finding freedom on their bikes 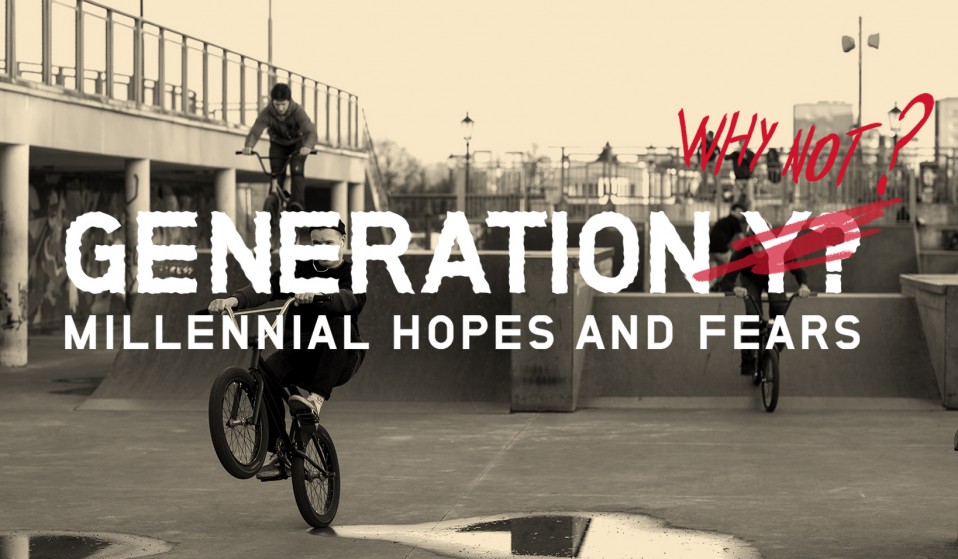 Our generation grew up being told the world could be ours, to dream big, and that anything was possible - but for many of us life isn't quite panning out as planned. One group of young BMXers in Russia reckon life is just as fulfilling when you sit back and enjoy the ride.

Transcending borders, politics and socio-economic landscapes, BMXing has evolved into a universal subculture. You can find it everywhere: bikes, bruises and free spirits intact. 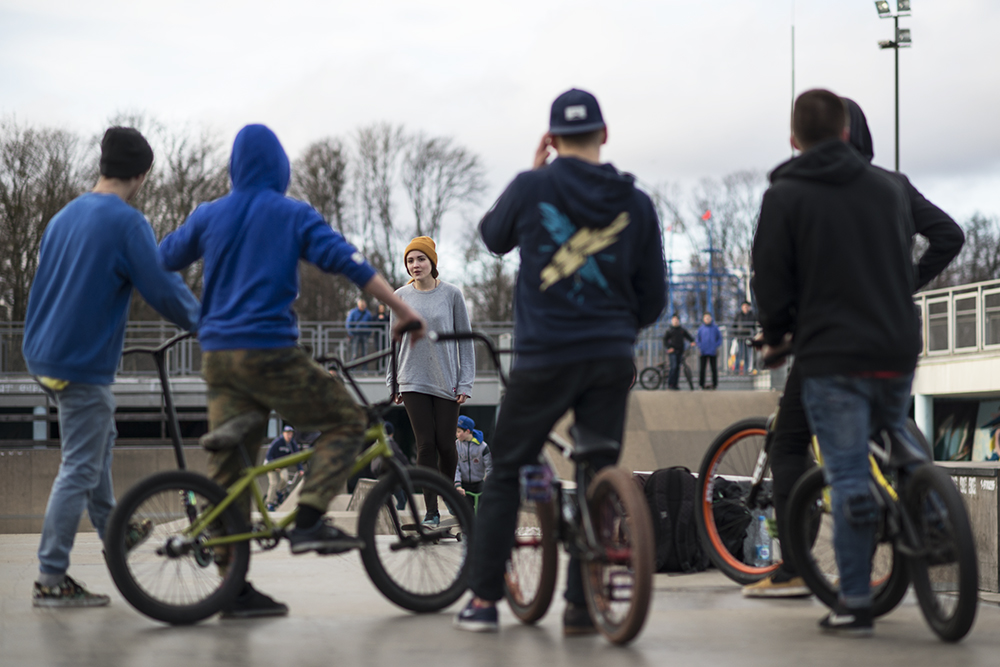 I’d always wanted to get an insight into post-Soviet youth culture, and in 2014 I first met БНДТ, a Kaliningrad BMX syndicate after hooking up with them online. During two trips out to the little-known Russian exclave we hung out, talked music, skate and politics, and I photographed the group of millennials in their secluded corner next to the Baltic Sea. 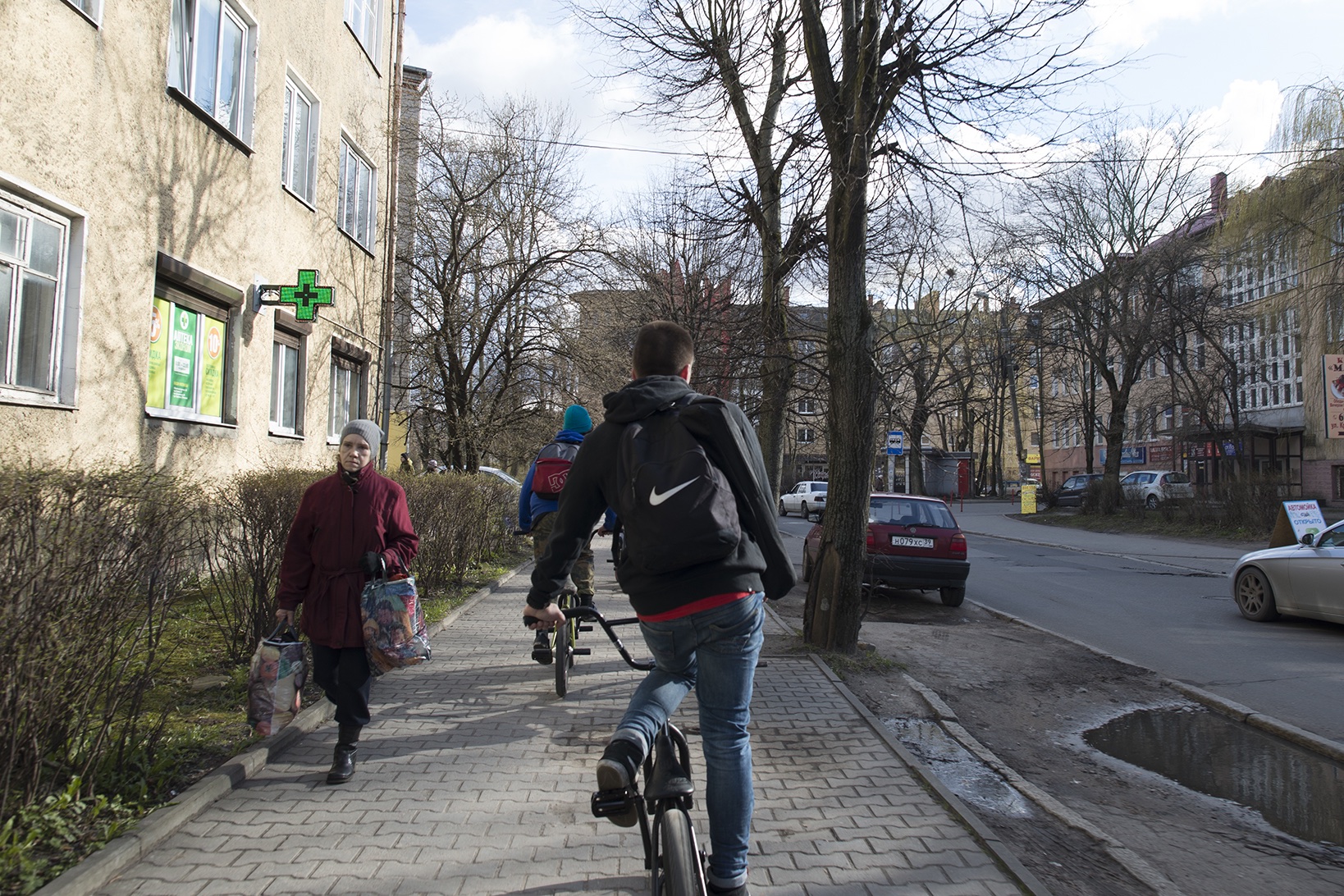 Kaliningrad is both a city and an oblast (state) in the Russian Federation, tucked between Poland and Lithuania. With the accession of those countries to the EU, Kaliningrad became a little Russian island trapped in Europe. These guys use their bikes to explore, to experience and to escape. 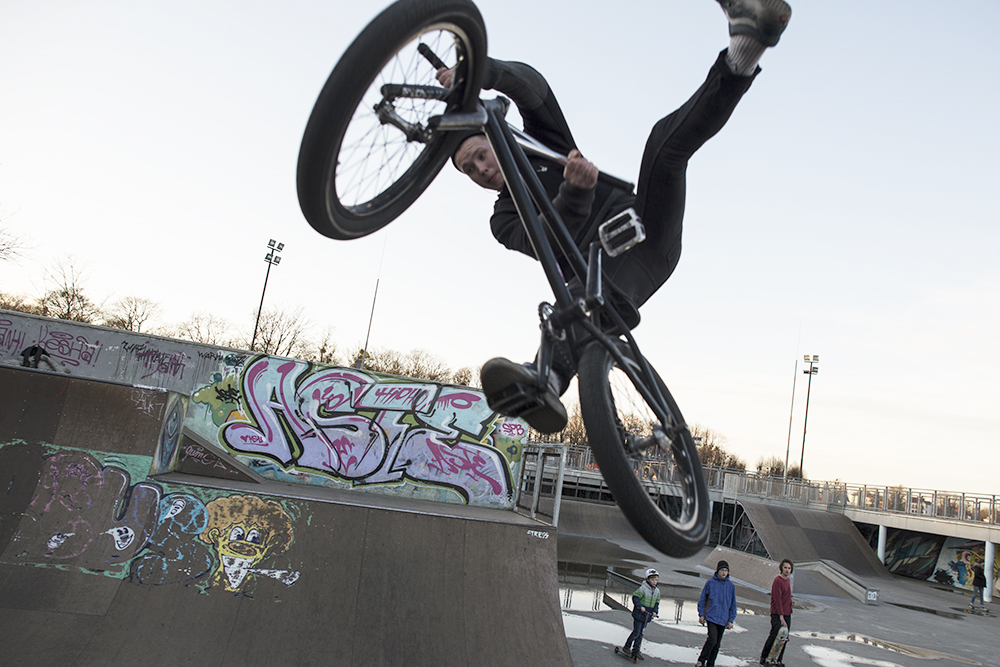 Before it was annexed by the USSR after World War II, the area had been a unified German state called East Prussia for 700 years.  Its capital was the beautiful medieval city of Konigsberg, which was almost entirely bombed during the war.  Now rebuilt in unrelenting grey concrete, I found a community of thrill-seekers, breaking free of the Soviet rule that had held their parents back, and riding into a future coloured with optimism. 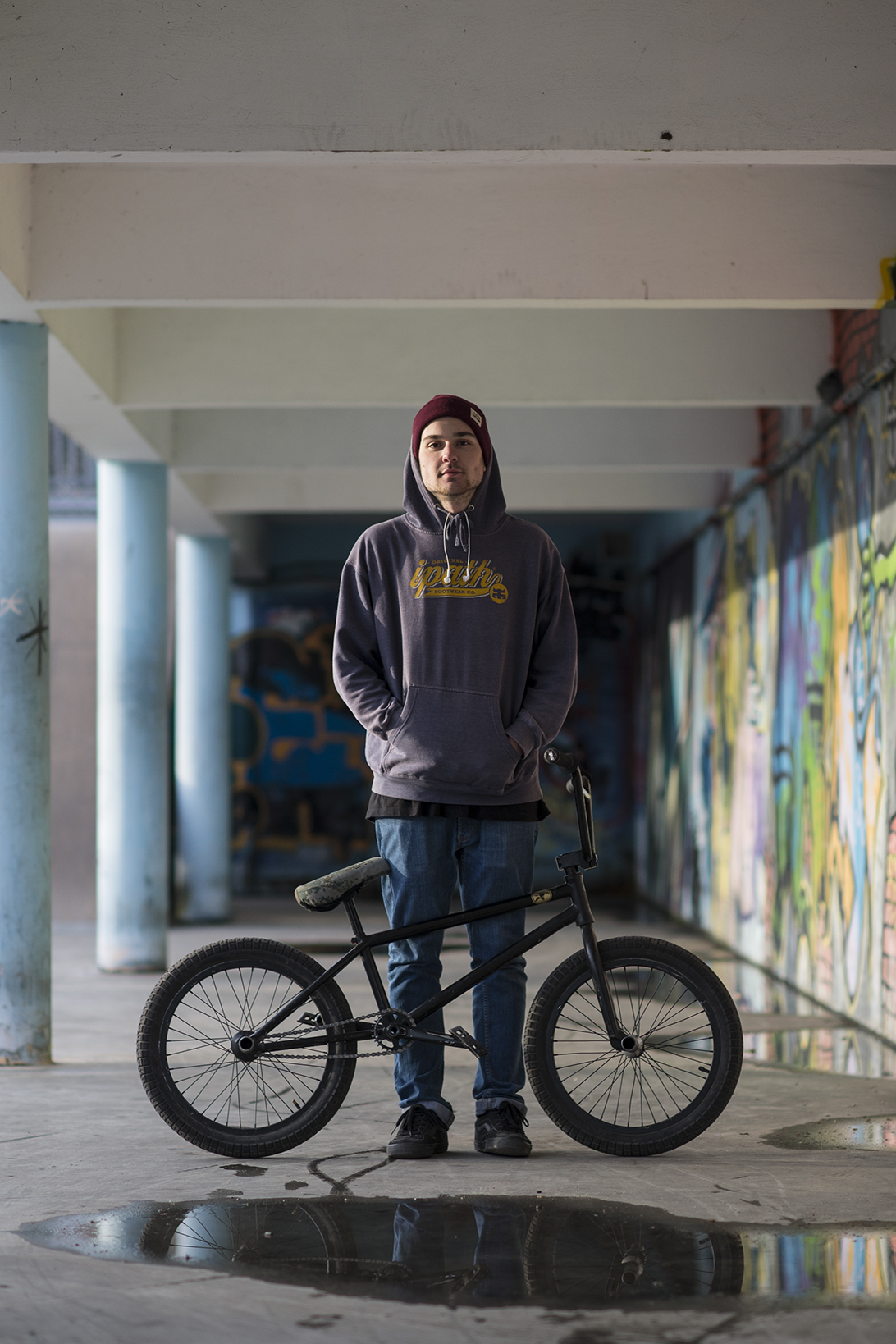 “We have more opportunities than our parents,” says 17-year-old BMXer Artem Ksenchuk. “My mum and dad grew up in the USSR, which was an awful thing. The government told them what to wear, what to eat, where to go. But nowadays, you fully take care of yourself.  You can go wherever you want and do whatever you want.” 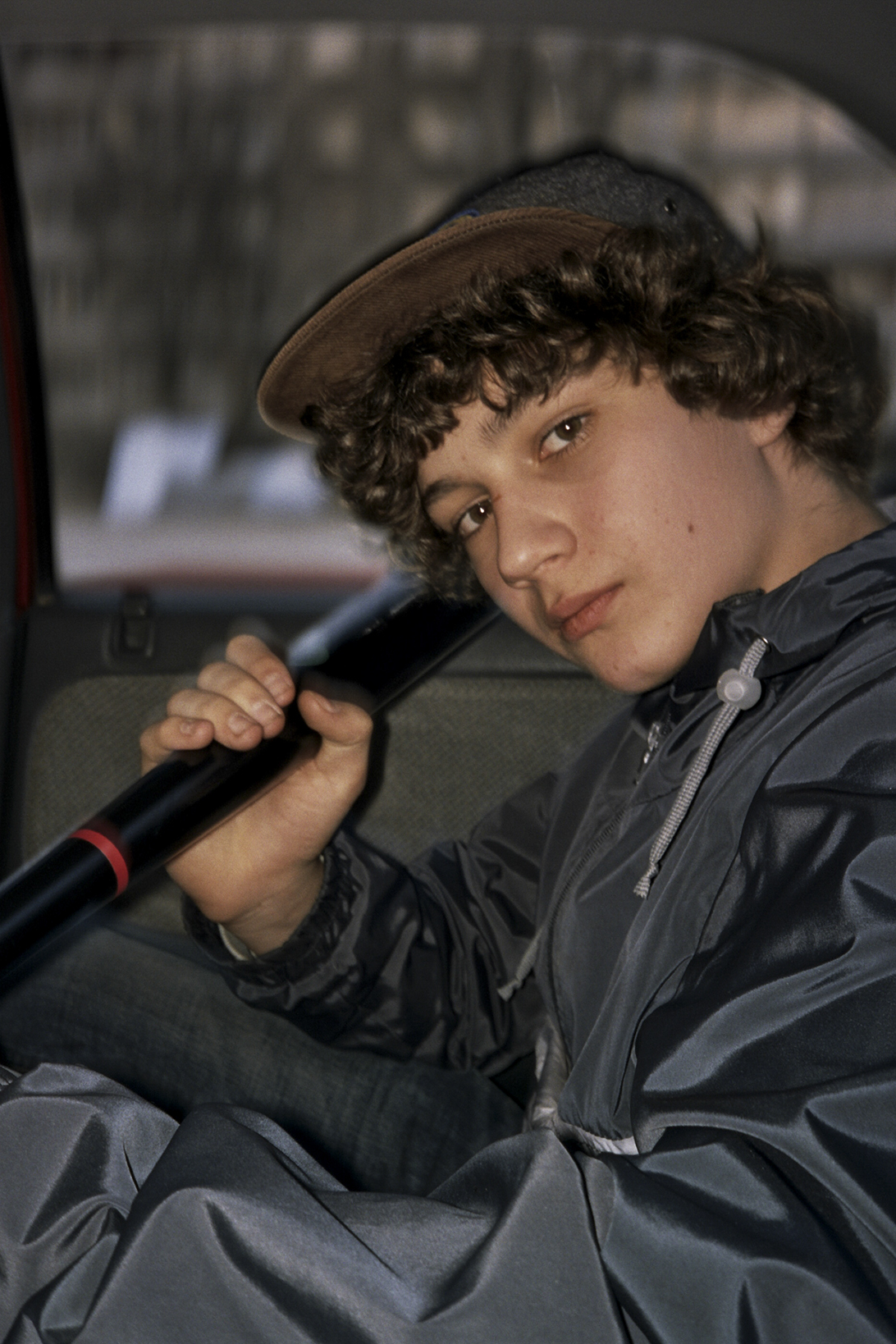 In Kaliningrad, it’s not the millennials suffering from the extraordinary changes that have taken place since the early 1990s, but their parents and previous generations. Here in the UK, many of what we would call the ‘baby boomers’ have enjoyed higher prospects and standards of living during their lifetimes than their offspring. In Kaliningrad, these guys’ parents and grandparents worked for the Soviet state and had pension plans under the old system. Now many struggle financially with no access to these pensions at all. 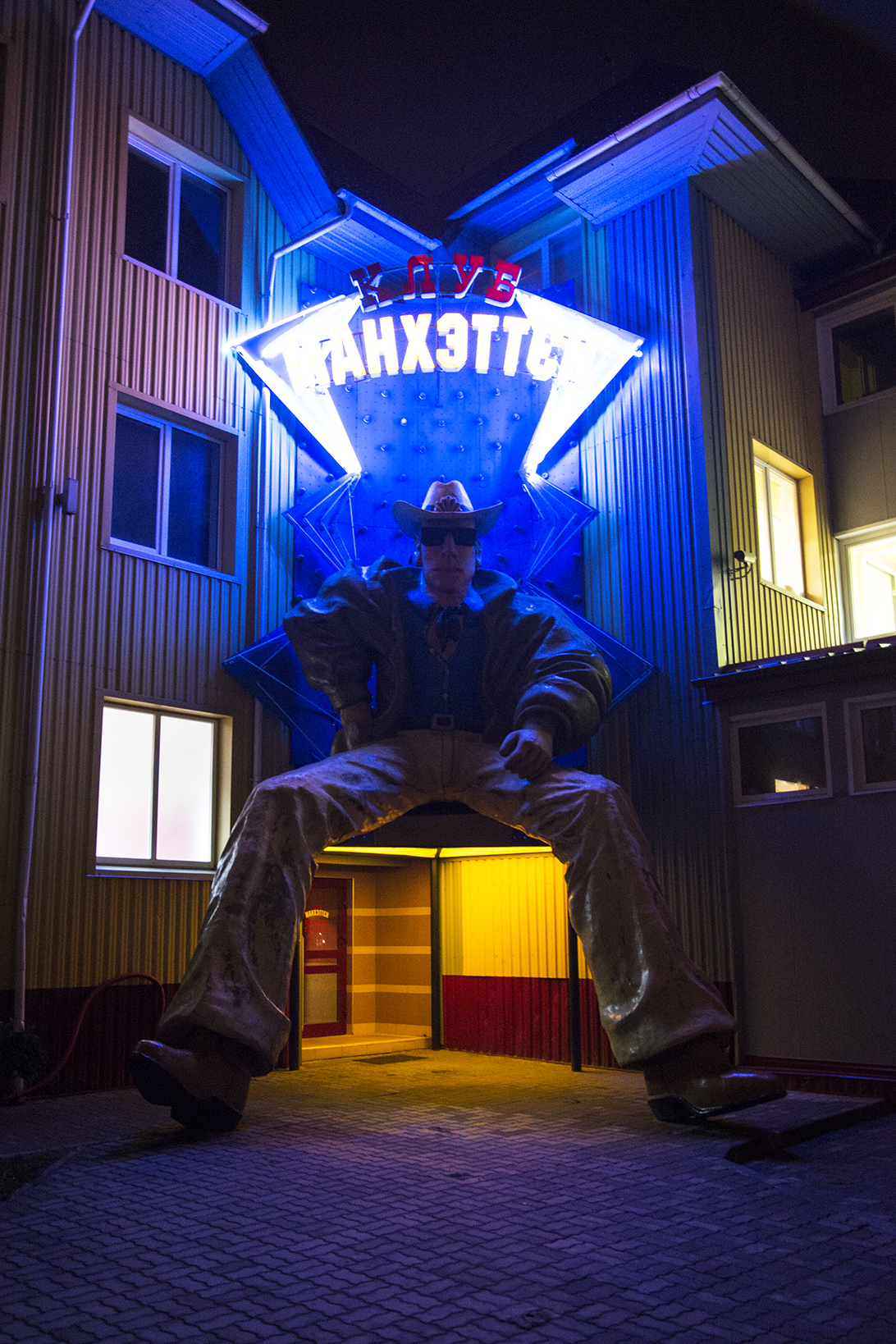 21-year-old freelance graphic designer Nastya Anohina sees her country as going through a stage of progression and modernisation, which brings with it opportunity and responsibility: “The world does not stand still, everything changes, evolves. People also develop and learn to adapt to the new.”

“Our generation is more proactive. Young people are looking for new opportunities to learn to realise these for themselves, and with the advancement of new technology it’s becoming easier.” 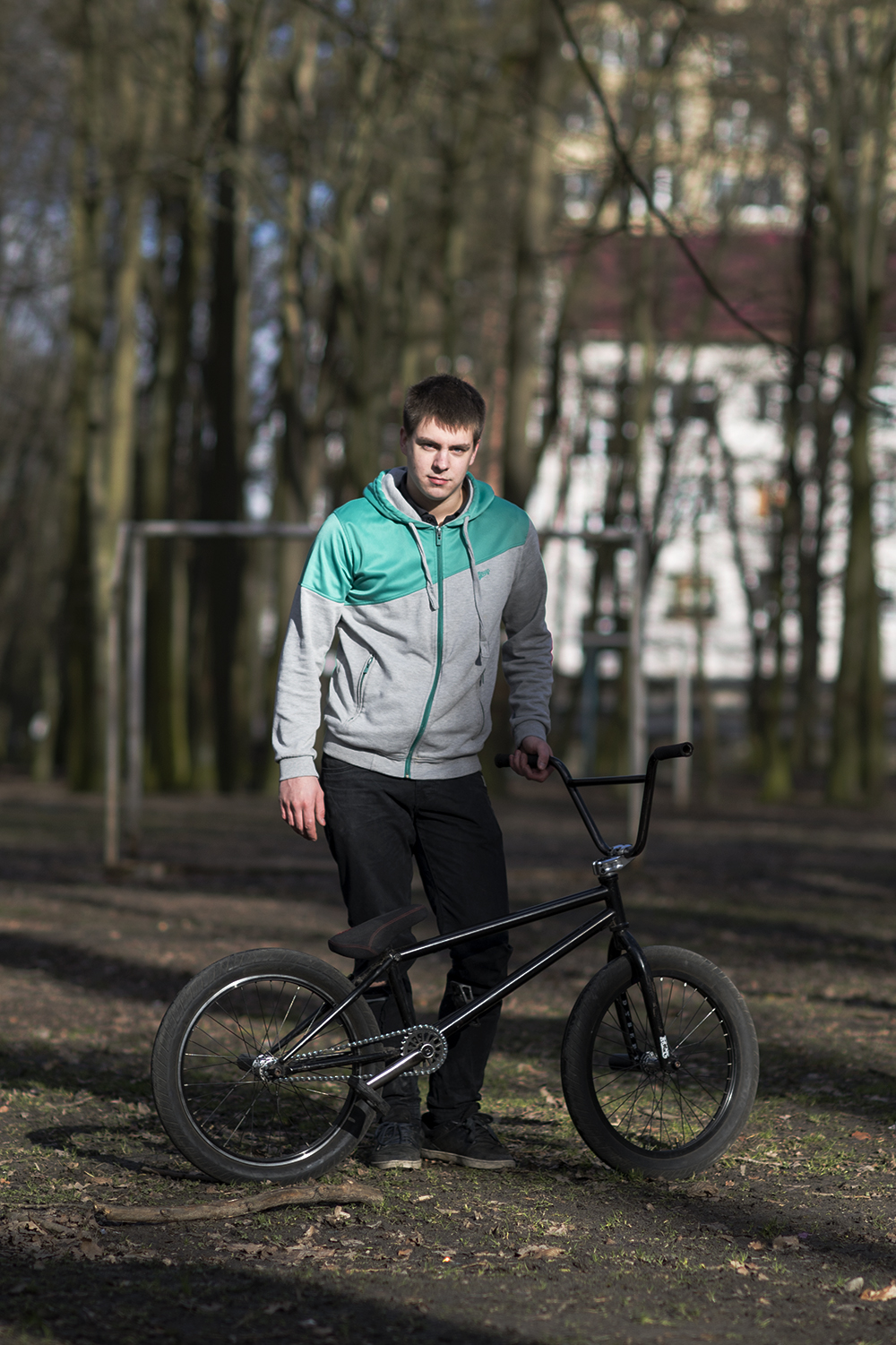 Despite its isolated position, Kaliningrad has two universities and connections to Russian companies, which give hope and promise to its young people, and technology is continually bringing the world ever closer: “The internet opens more and more universities, new faculties, which appear online. You can find almost anything,” says 17-year-old student Edik Lukinskii, who lives in the city and has dedicated his life to riding and upgrading his bike since 2012.

And for Edik and his friends, while they’re in Kaliningrad, money is not too much of a concern: “Everybody who has work can pay rent no problem,” explains Artem. 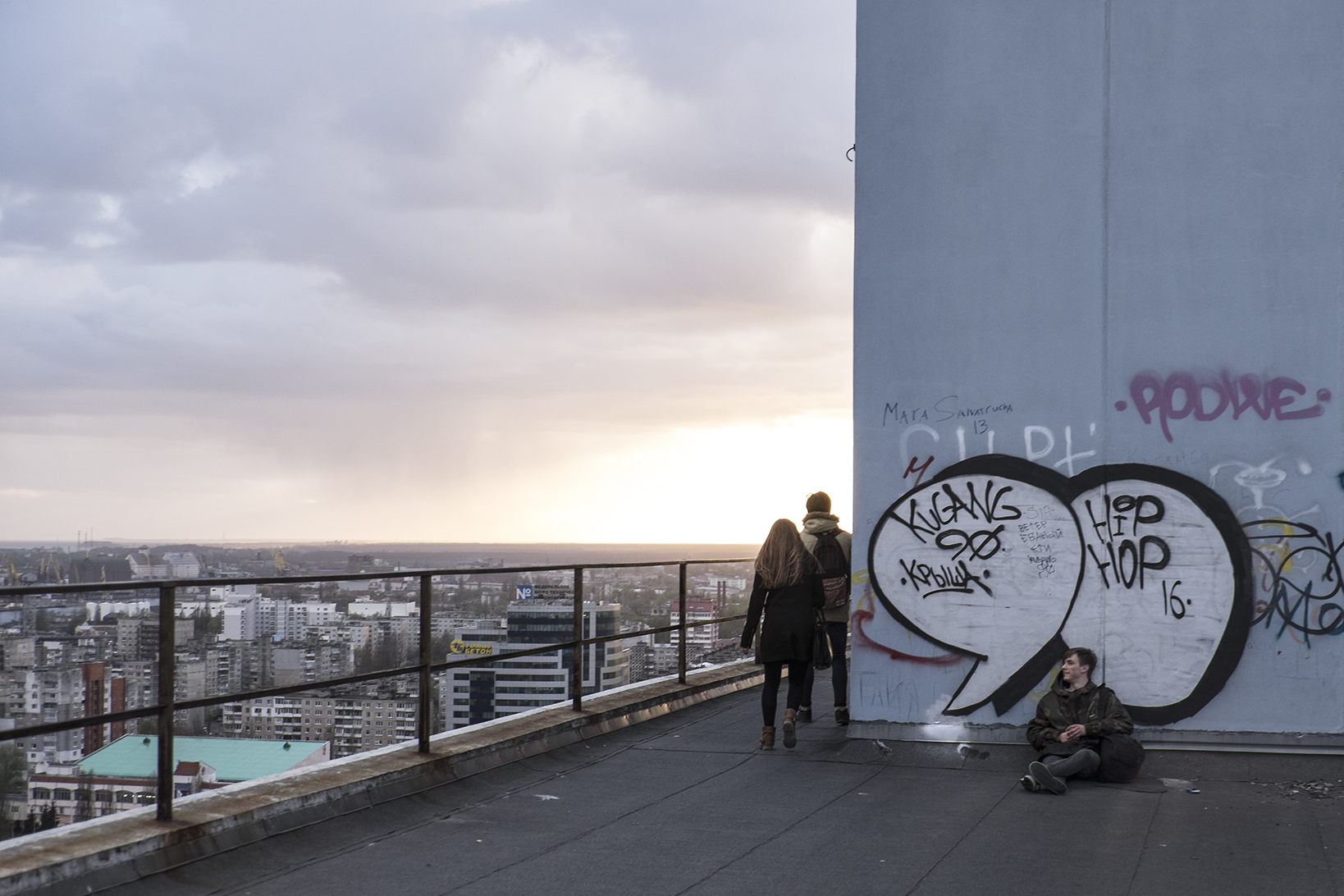 Perhaps because of the country’s recent history along with its fairly self-sufficient market and weak currency, local young people seem to have different expectations of what British and American millennials – like me – see as a satisfactory lifestyle. They seem OK with what they have; these guys didn’t grow up being told to expect the world and more.

“I don’t think housing is too expensive, but it depends on the person and their needs. I meet my needs on my budget,” adds Edik.

It’s only when they want to venture beyond Kaliningrad’s borders that money becomes a problem. For Edik, his dream summer holiday this year is to take the two-day train to a big skate park in Krasnodar, just south of Ukraine, on Russia’s mainland. The only problem is the price of a ticket, which is 2800 roubles, about £28. 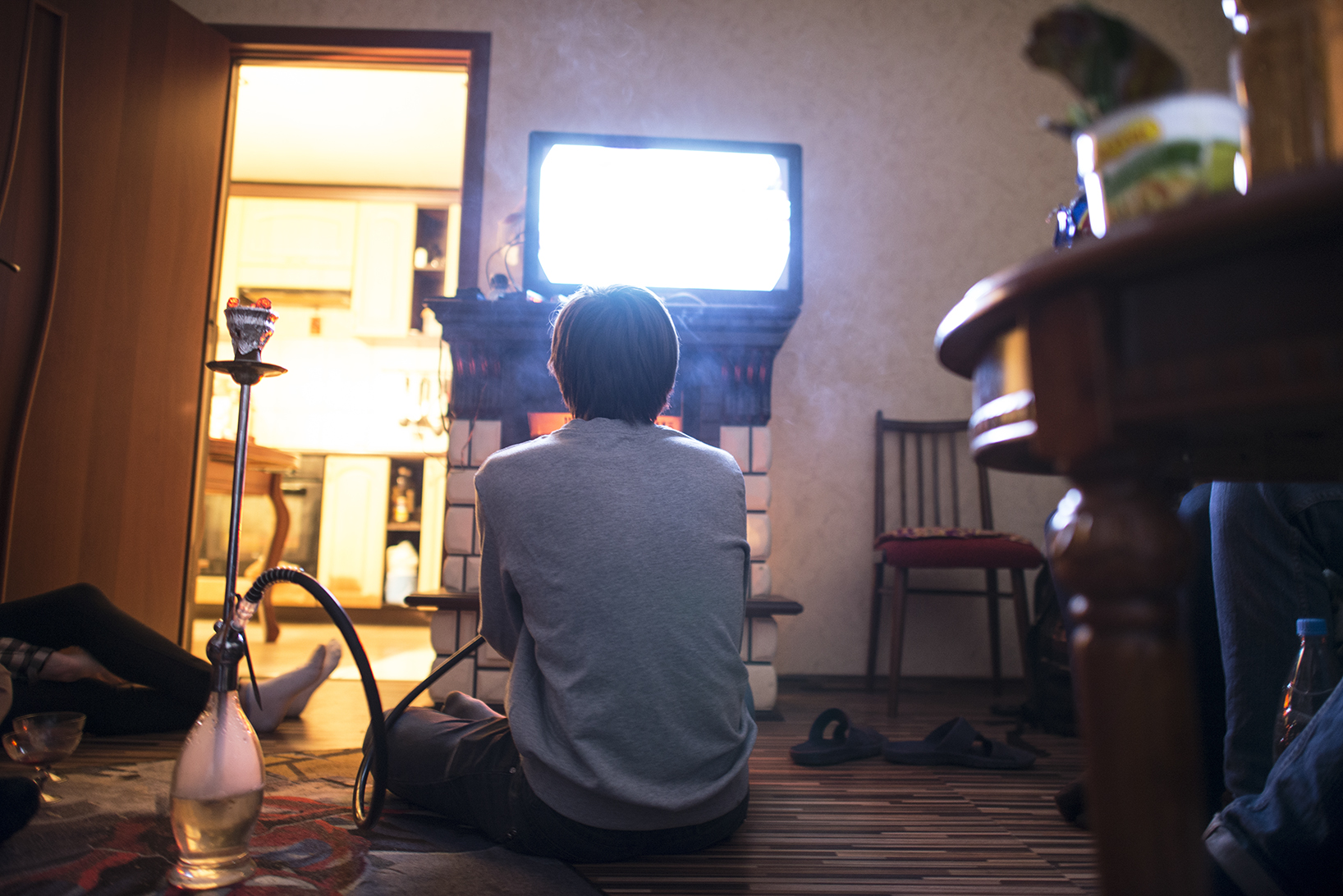 The difficulty of travelling outside their Northern Ireland-sized state is one of the greatest frustrations for these teenagers and twenty-somethings. Those from Kaliningrad have a limit of 250km free movement within surrounding EU countries, but beyond this must pay 35 euros for travel into Schengen countries, which, given the weak currency and the expense of the Euro once there, is beyond what many can afford. For other countries, they must travel the 1,200 km to the embassy in Moscow to get a visa, but even then risk being turned away once they get there.

BMXing, however, offers the prospect of a broader horizon: “I dream about the possibility of travelling with my bike around the world and competing in major events,” says Edik. “For me it’s not a sport, but a lifestyle. Riding allows me to lose myself, forget about my problems and just enjoy life.” 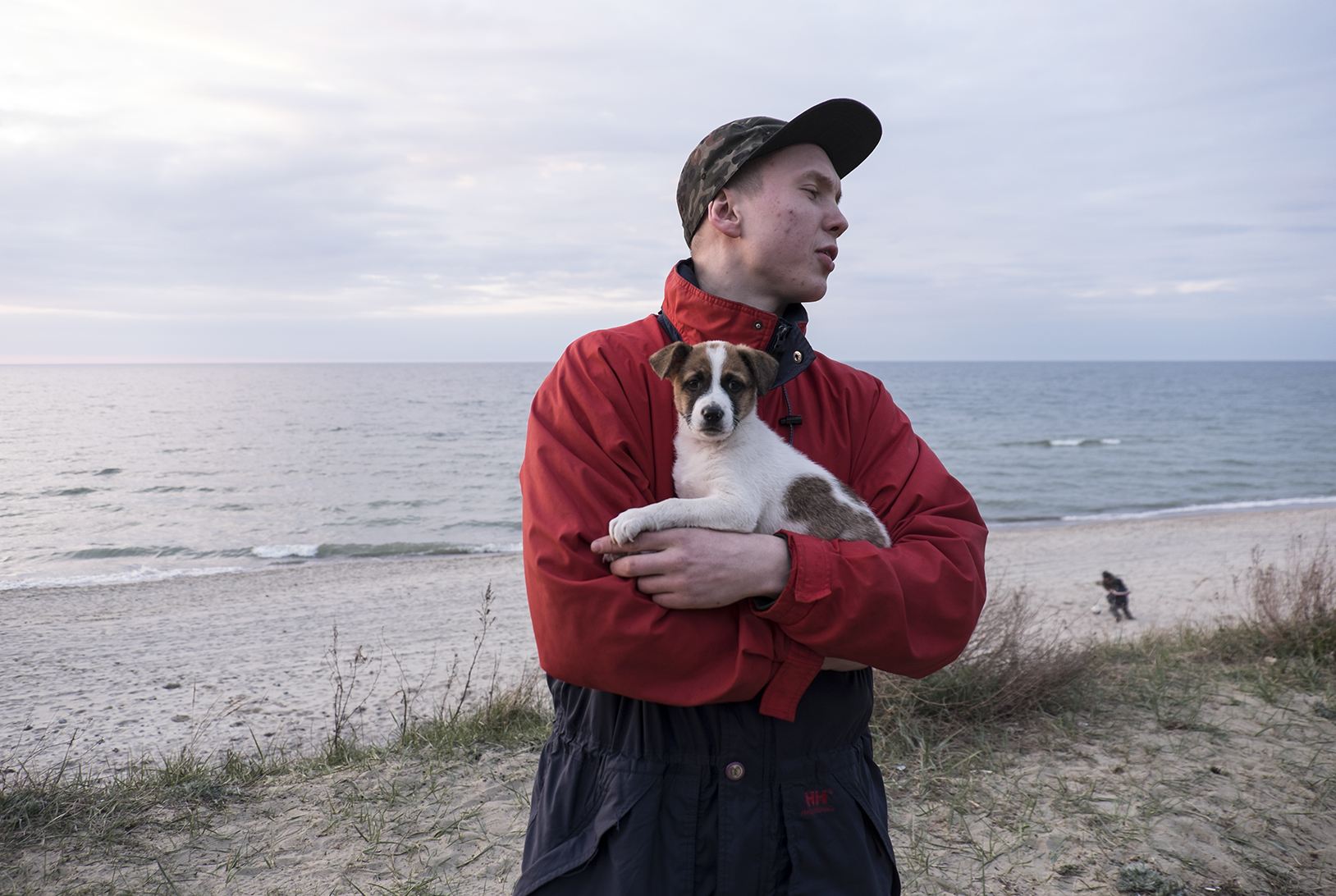 For many of the БНДТ crew, living the BMX lifestyle and the community that comes with it is enough, and working in bike shops or car workshops means they can keep doing what they love while working. “My dreams for the future are not so massive,” says Artem. “It would be cool to find work with nice colleagues and a medium salary so I can buy a flat and be able to take trips with friends, or just ride and have a good time.”

“I really hope that I can ride until I am 30 or more without health problems, that’s what’s important for me.”

Linkedin
RELATED ARTICLES
OTHER ARTICLES
With inflation now at a 40-year-high of 9 per cent, demonstrations organised by TUC took place to demand action from the government.
LGBTQ+ students are keeping the spirit of the original Pride alive by fighting for liberation for everyone, not just their community.
Freddie Miller’s new series of photographs investigates who today’s trainspotters are and what drives their unfettered enthusiasm.
Yesterday queer activist group Lesbians and Gays support the Migrants staged a die-in at the Pride in London parade to protest the inclusion of police in the march reports Huck politics editor Ben Smoke.
50 years since its inception, and the campaign calling for recognition that capitalism depends on domestic labour is as pertinent as ever.
Thomas Hoepker‘s images taken during a road trip across America provide a searing social commentary about a divided country.