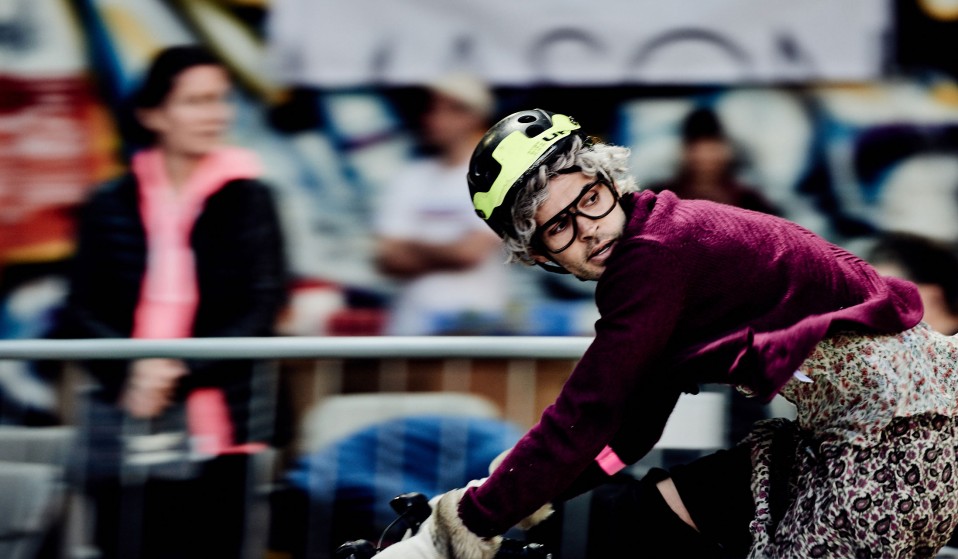 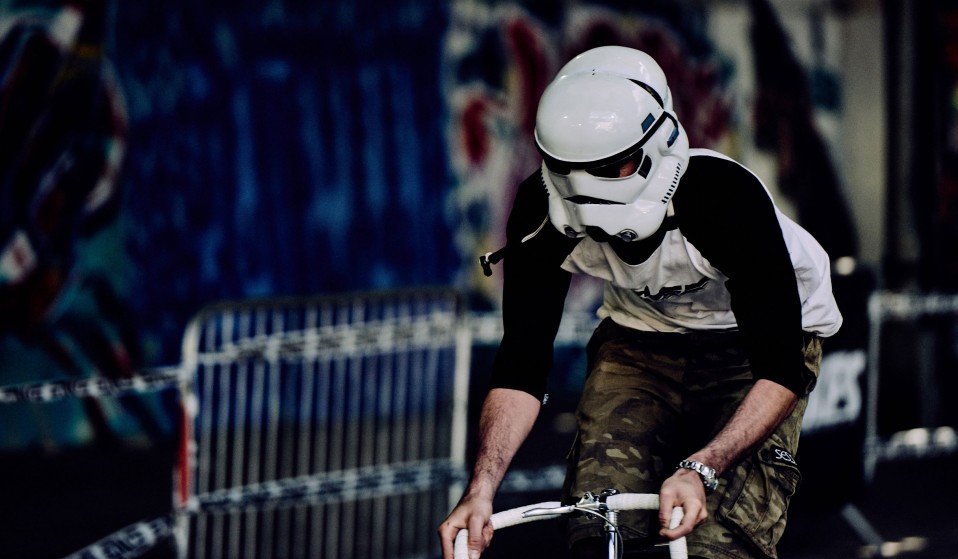 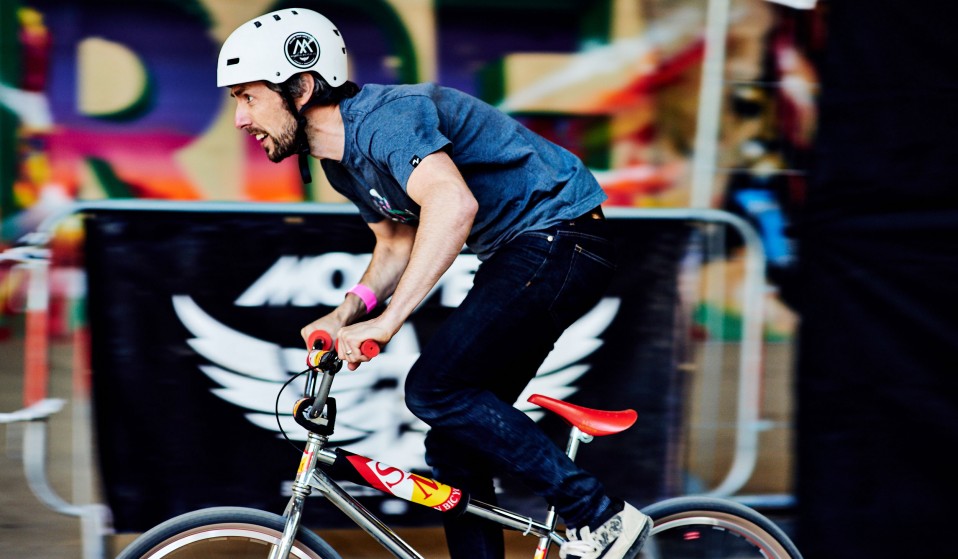 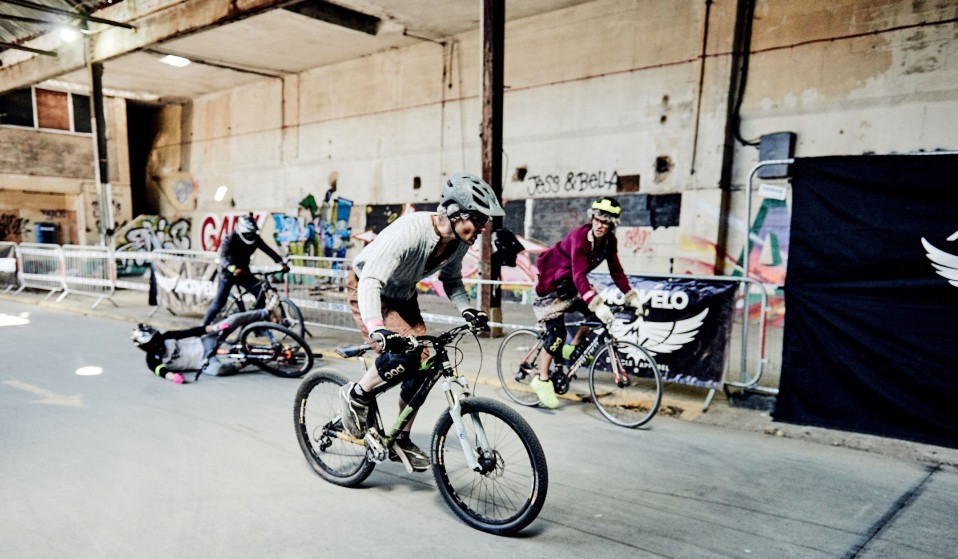 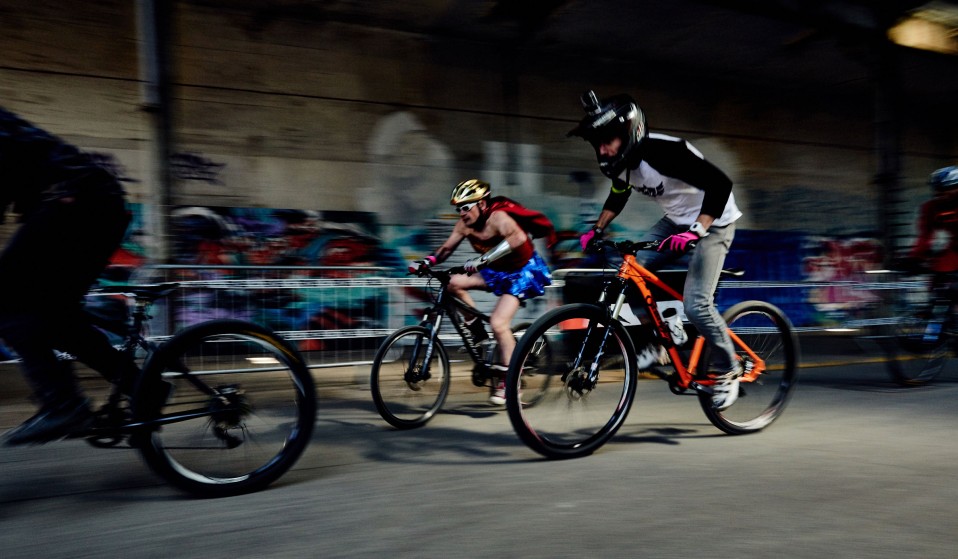 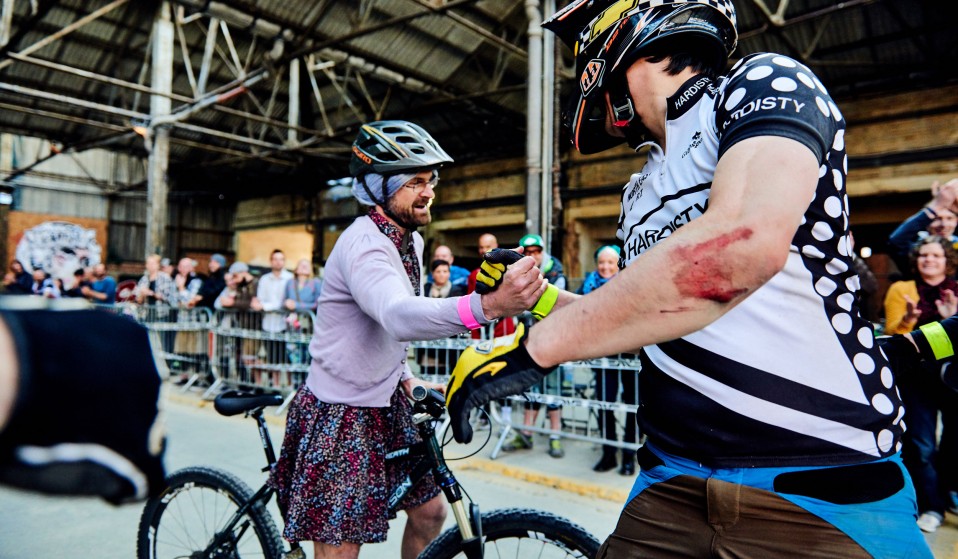 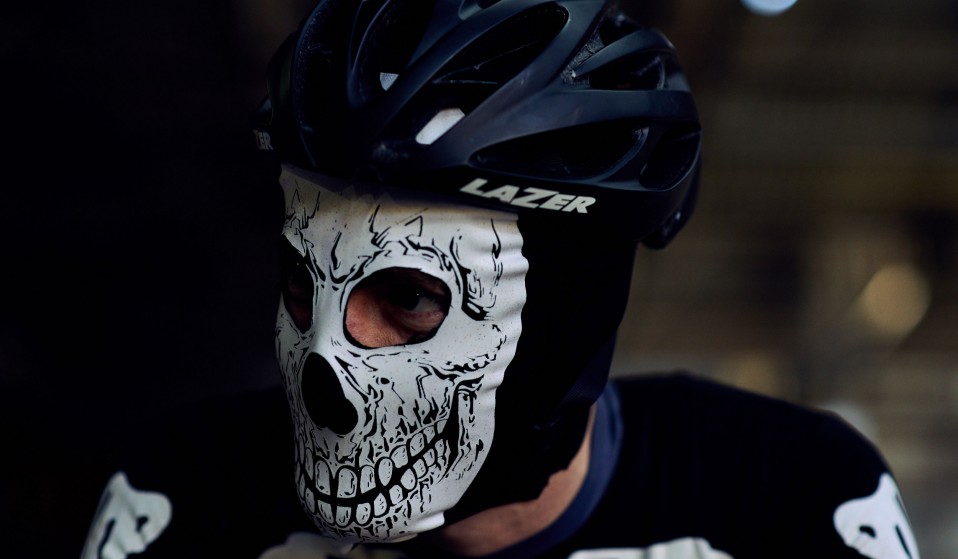 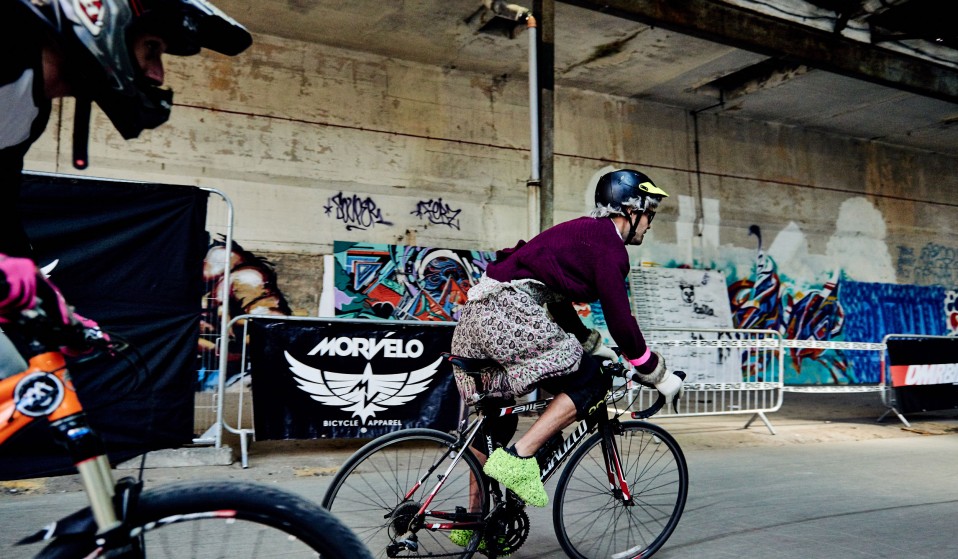 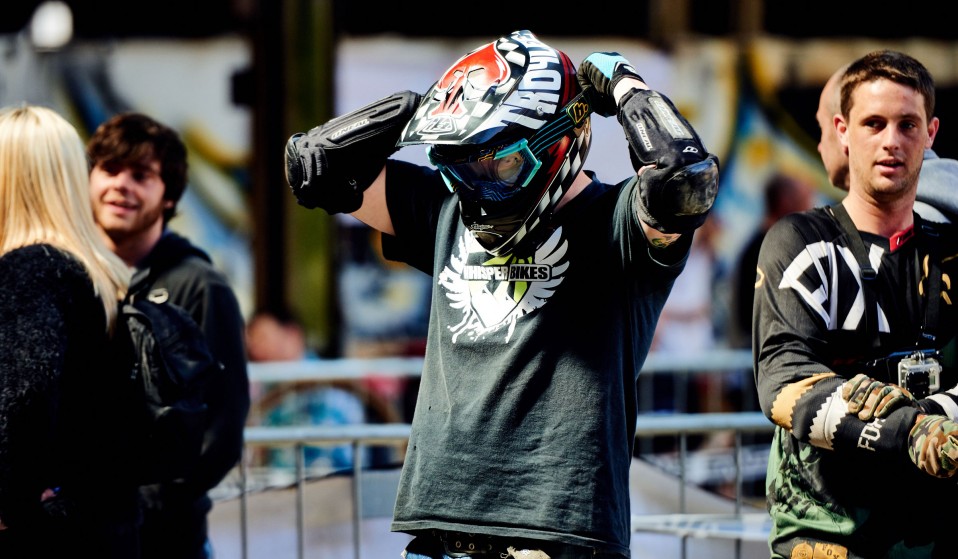 The sun is out and we’re navigating our way down to the South Coast to find Brighton’s old municipal marketplace building, which is playing host to Battle Royale, the UK’s gnarliest underground race event. Finding the derelict warehouse on the outskirts of the city centre, we’re ushered through the side entrance and to meet Oli Pepper and Dave Marcar, the masterminds behind the event. Both are running around checking in riders, organising race orders and dealing with just about anything else that comes up.

“It’s hectic man, there’s been so much to deal with but we’re getting on top of it,” says Oli, looking across the graffiti strewn space at the riders warming up on the oval track. “It looks like there’s going to be some sick racing today though.”

The whole scene is playing out like some Mad Max Thunderdome-esque bazaar, with music pumping out the back of a VW camper parked at the centre of the dusty oval track, which itself is surrounded by numerous upturned bikes, workshop tables filled with parts, and local street vendors dishing out everything from locally brewed beer to fresh fish and chips. Groups of riders are videoing their whip skids and wheelies, while kids hang off the barriers and curious tourists walk through the dusty building in varying states of bemusement and excitement.

“The race itself is fast and furious, and pitches all styles of riders against each other,” explains Dave. “It has its roots in cycle speedway, with teams of three racing against each other on whatever bike and in whatever dress they want to bring. The catch though is that the slowest rider on each team decides the outcome.”

“It’s super close, super simple racing that mixes the refined art of track racing with the brashness of BMX racing, but with the slowest rider dictating the outcome, teams can’t necessarily sprint it out. They need to know when to break and when to sit back. You need racing savvy as much as muscle to ride Battle Royale,” he continues.

Despite the impression that it’s a gnarly racing event designed for hardcore riders, it’s worth noting there’s a strong element of fun at Battle Royale, with teams competing on everything from BMXs and MTBs to Bromptons and beaters, dressed in all manner of costumes that range from superheroes to skeletons. “We did worry that after the first one, everyone would come on MTBs in full racing armour,” Oli adds with a laugh. “But there seems to be a great range of bikes and riders than at the last one. It is pretty gnarly though whatever you’re wearing.”

As the day drew on and the competition heated up, we got to see the Brompton team win a few before bowing out to the muscle of a mountain bike crew, while the Recharge bike couriers coasted round the course with a large box mounted on the front of their bikes, seemingly oblivious to the mayhem going on around them. The eventual victors were dressed as old ladies, winning out with a combination of speed and flawless team tactics.

“We loved their outfits and they raced perfectly in the spirit of the event. Flat out great gang costumes, not afraid to get the elbows out but not taking themselves too seriously either,” commented Dave.

With the site scheduled for demolition in the near future there are no plans for a third outing just yet. “Mainly we do things as and when we get the inspiration,” Oli added. “The marketplace is due to be pulled down soon so we’d have to find another suitable spot, but we have talked about making Battle Royale a national series, as well as taking it overseas to the USA, Australia and Asia, so who knows where we’ll take it next.”

Linkedin
RELATED ARTICLES
OTHER ARTICLES
Whether it's partygate, the climate crisis or the spiralling cost of living, the fightback begins on the picket lines writes Tommy Vickerstaff
The author discusses the all-consuming nature of heartbreak, and turning the experience into an incisive exploration of love and loss.
A new report has found that the majority of Britains approach trans issues with compassion. It’s about time this was reflected by our media landscape.
The last few years have seen an increase in LGBTQ-led initiatives to feed the hungry, with many finding ways to stay afloat despite the challenges.
Photographer David Hoffman recalls documenting the extreme wealth inequality around Tower Hamlets and Hackney int the 1980s.
Freddie Miller’s new series of photographs investigates who today’s trainspotters are and what drives their unfettered enthusiasm.