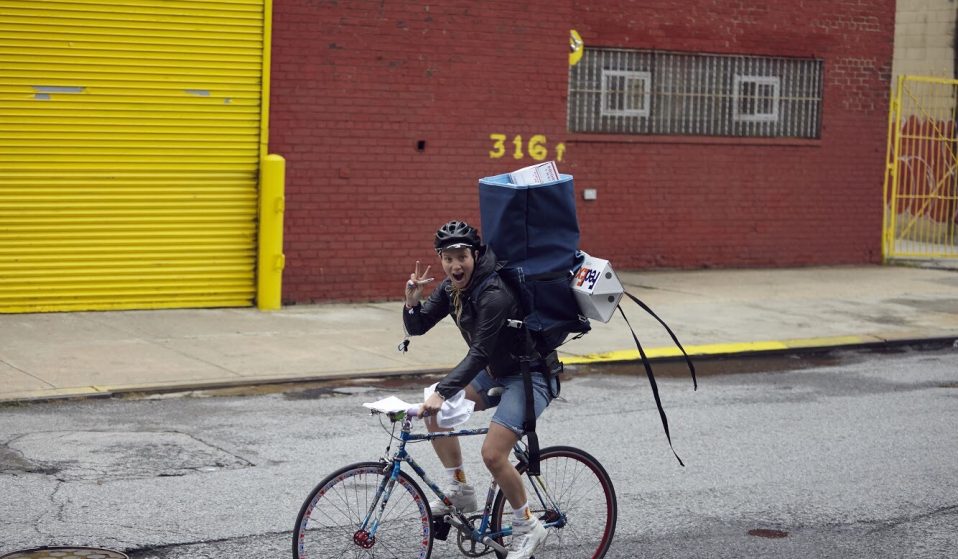 This week, couriers from across the continent and gender spectrum are racing around Brussels in pursuit of the European Cycle Messenger Championship.

This week, couriers from across the continent and gender spectrum are racing around Brussels in pursuit of the European Cycle Messenger Championship.

On July 6 this year, the Tour de France – a great commercial caravan of lurid Lycra and sky-high haemoglobin – will roll out of Brussels. 20 of the 21 stages will be exclusively for men, with just a single day, July 19, featuring a women’s race. The most prominent female faces until then will be the podium girls, obliged to grin and peck the winners’ cheeks on the daily podium.

But there is another bike race in Brussels this summer. One in which women compete alongside and against men, rather than as a charity-case side-show. A race where transgender and non-binary athletes are actively encouraged, rather than an inconvenience.

This week, from across the continent and gender spectrum, riders clutching maps and bearing vinyl-covered bags are screeching around the Belgian capital in pursuit of the European Cycle Messenger Championship.

The event is all about testing the skills of modern-day cycle messengers, dragging their alleycat skills into the daylight. Each rider is given a manifest of possible ‘jobs’ around the course, varying in distance, difficulty and points reward. Competitors combine leg power and grey matter to string together tasks, gathering the maximum points payout in the shortest time possible.

Cecile Bloch, a former winner, a two-time world champion and a courier in Paris, is one of the organisers of this year’s event. “It is super, super intense, like a video game, but in real life,” she explains. “You have to be like a ninja – your legs have to be in constant communication with your head.”

“After I won the world title in 2016 I was so tired that for a week afterwards, I would just fall asleep anywhere. If you weren’t talking to me for five minutes, wherever I was, I would go.” 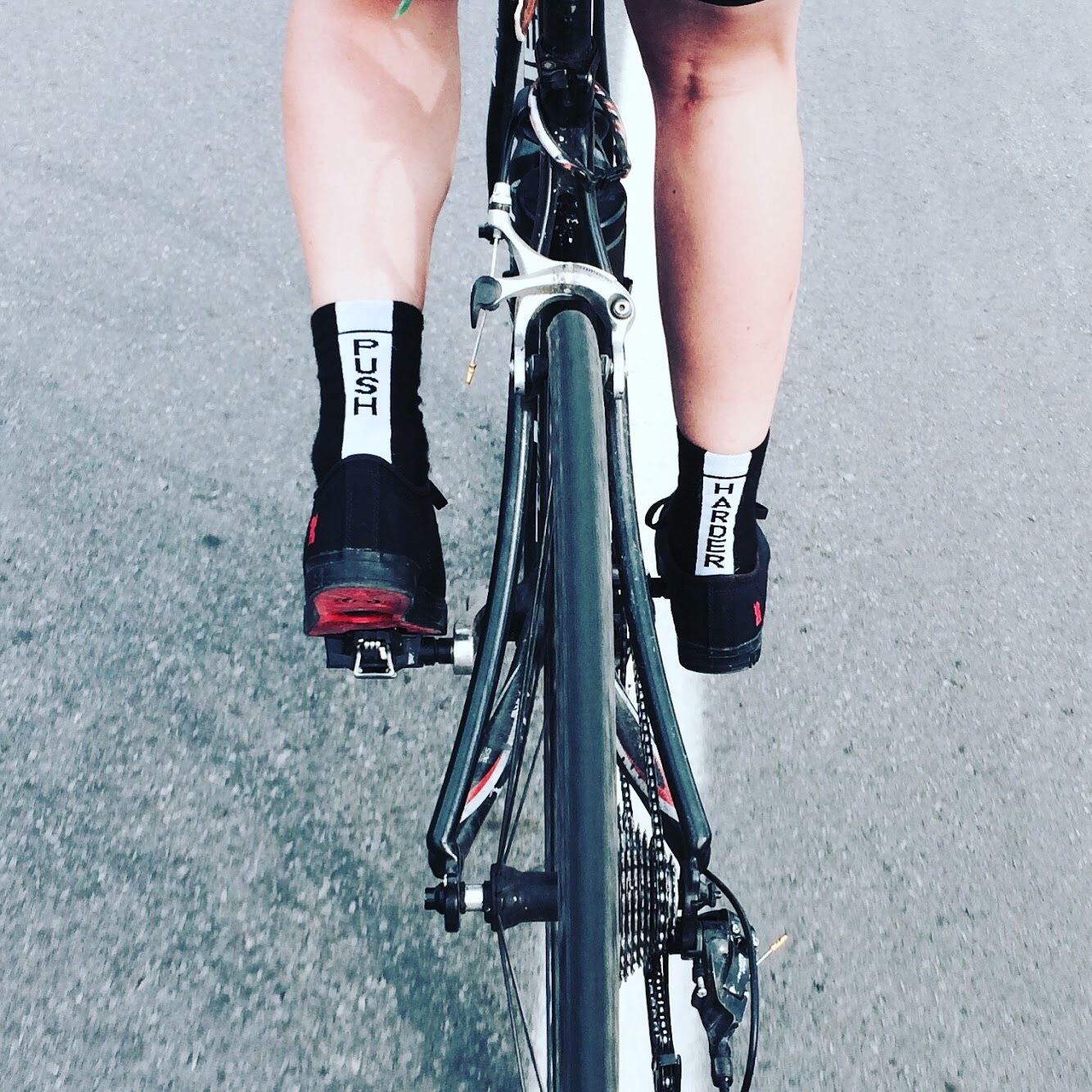 What separates it from the everyday world of couriering is the lack of cars, with the race taking place on a closed course. But unlike other bike racing championships, all riders are part of the same human traffic – everyone competes on the same course.

Two sets of winners are announced: the fastest in the ‘open’ category, which covers the whole field of racers, and the fastest among the female/trans/non-binary riders. To equalise the playing field, the same riders can fill both slots. For example in the North American Championships in 2013, Christina Peck was fastest overall. In the 2003 World Championships in Seattle, American Sheba Farrin was the same.

German rider Ivonne Kraft consistently crushed male egos in her slipstream in the 1990s, as did American Rebecca Riley. Bloch herself was fifth in a 93-strong open field at the 2017 European Championships in Vienna.

“There is a lot of respect, people are super welcoming most of the time,” she adds. “Those races are like real life, it is the same streets, the same job, the same weather. Most of us realise we are bike messengers before we are men, women, trans or non-binary.”

Organiser Stephanie Bartczak, who was drawn to London from the Burgundy countryside as a teenager by its music scenes and subcultures, has been a courier on the capital’s streets for more than 20 years.

“I have met so many people through this job – you go to these events to meet up and find out what conditions of work are like in their cities,” she says. “There is a common factor: we are going through the same difficulties and challenges, and we all love our bikes.” 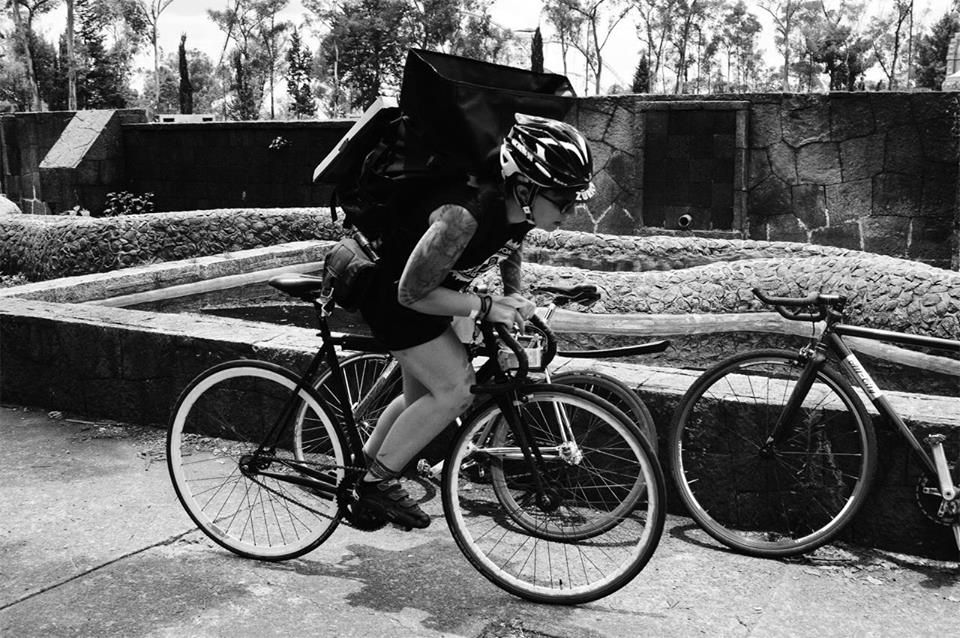 Bike couriers, so expert at slipping through gaps, have been squeezed from several directions in recent years. Technological advances mean far fewer documents whizz between office blocks for old-fashioned pen-on-paper signatures. Courier firms have consolidated and dropped rates in response, while their fleets still work on a self-employed basis, without sick pay or pensions.

Solidarity is as important as velocity for Bartczak. She runs the London Courier Emergency Fund, which raises money at events to compensate those injured while on duty.

She is also just as quick to emphasise the work of the in the IWGB union, which launched a branch for couriers three years ago, and *BMA , an association which helps couriers who don’t benefit from cis male privilege.

“I hear all the time from people I work with about commuters sitting on their back wheel, breathing down their necks and they are just trying to get back home,” says Bartczak. “Or sometimes you go past a guy riding and you can see him think, ‘shit a woman overtook me, quick’ and he starts speeding up. There is a lot of that.”

There will be less of it in Brussels this week, and in Jakarta in August, when the cycle messenger world championships hit the Indonesian capital. Wherever they are racing, whoever is alongside them, there is a common cause.

“When it comes down to it we are doing the same shit,” Bartczak concludes. “The hard shit that comes with this job is the same for all of us.” 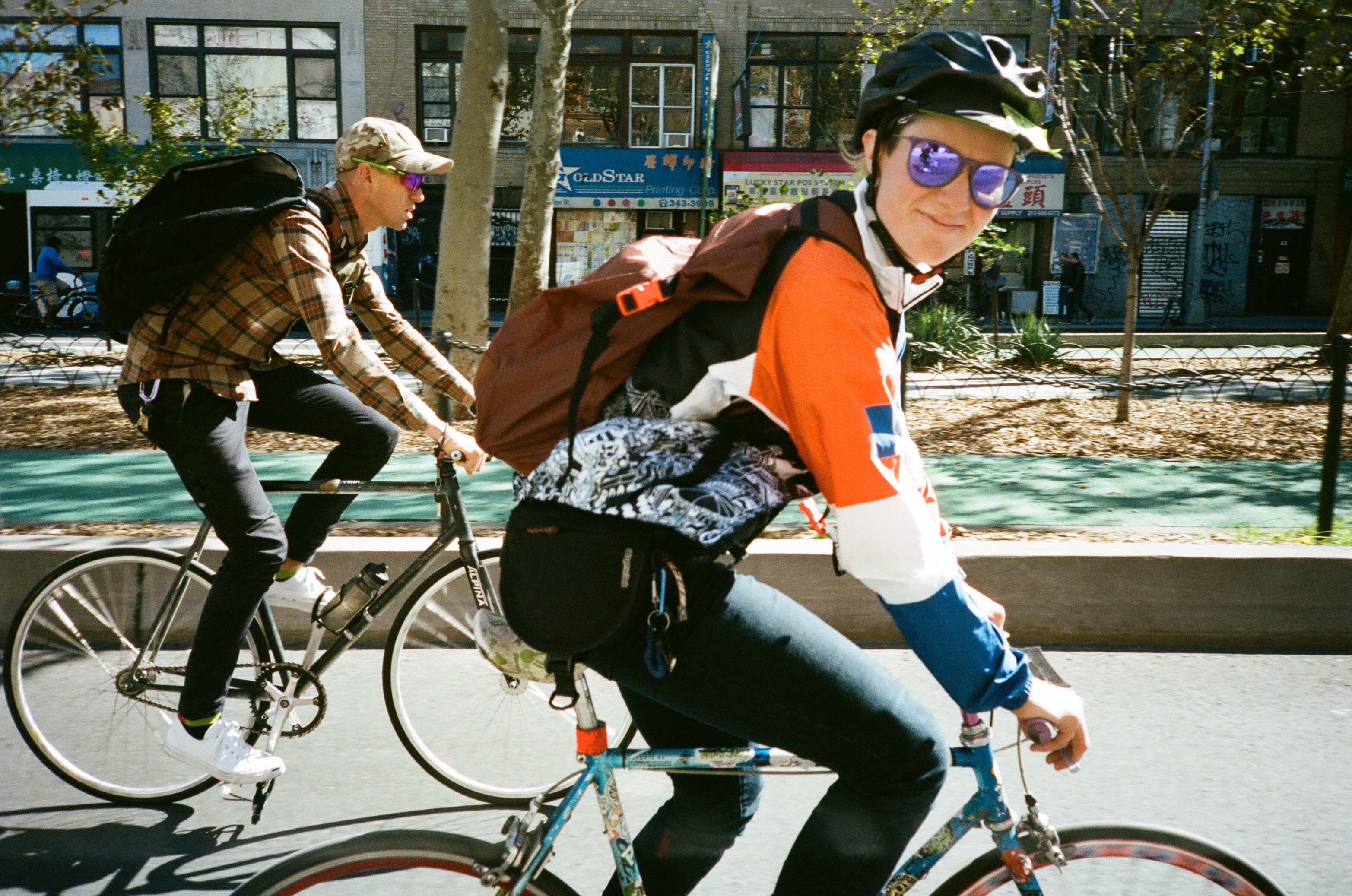 The European Cycle Messenger Championship is taking place in Brussels from June 26 to June 30.

Linkedin
RELATED ARTICLES
OTHER ARTICLES
The government’s failure to take long Covid seriously has led to the formation of a group campaigning for the thousands of forgotten victims of the illness.
The government is scrapping the Human Rights Act in a move that will hit marginalised people hardest.
New legislation is set to make it more difficult to hold Israel accountable for its human rights abuses.
In the last of our dispatches from OFFF Barcelona, Rufus Deuchler and Vincent Gault discuss the future of creative process.
In our first OFFF Dispatch piece, the Arce Studio founder shares her tips on standing out from the crowd.
To mark the anniversary of the mass trespass of Kinder Scout, a group of hikers came together with the intent of creating a new, fully inclusive culture for rural spaces.