Danny MacAskill has built a career from hurling himself into situations that would make most humans recoil in horror – such as his effortless ride along the treacherous Cuillin Ridgeline on his native Isle of Skye, with a 992-metre drop beneath.

But it’s more than his ability to cheat gravity and laugh in the face of danger that has seen the Scots bike ace become a household name.

Danny’s rare combination of immense technical skill, creativity and humour have seen his eye-popping videos clock up hundreds of millions of views on YouTube. 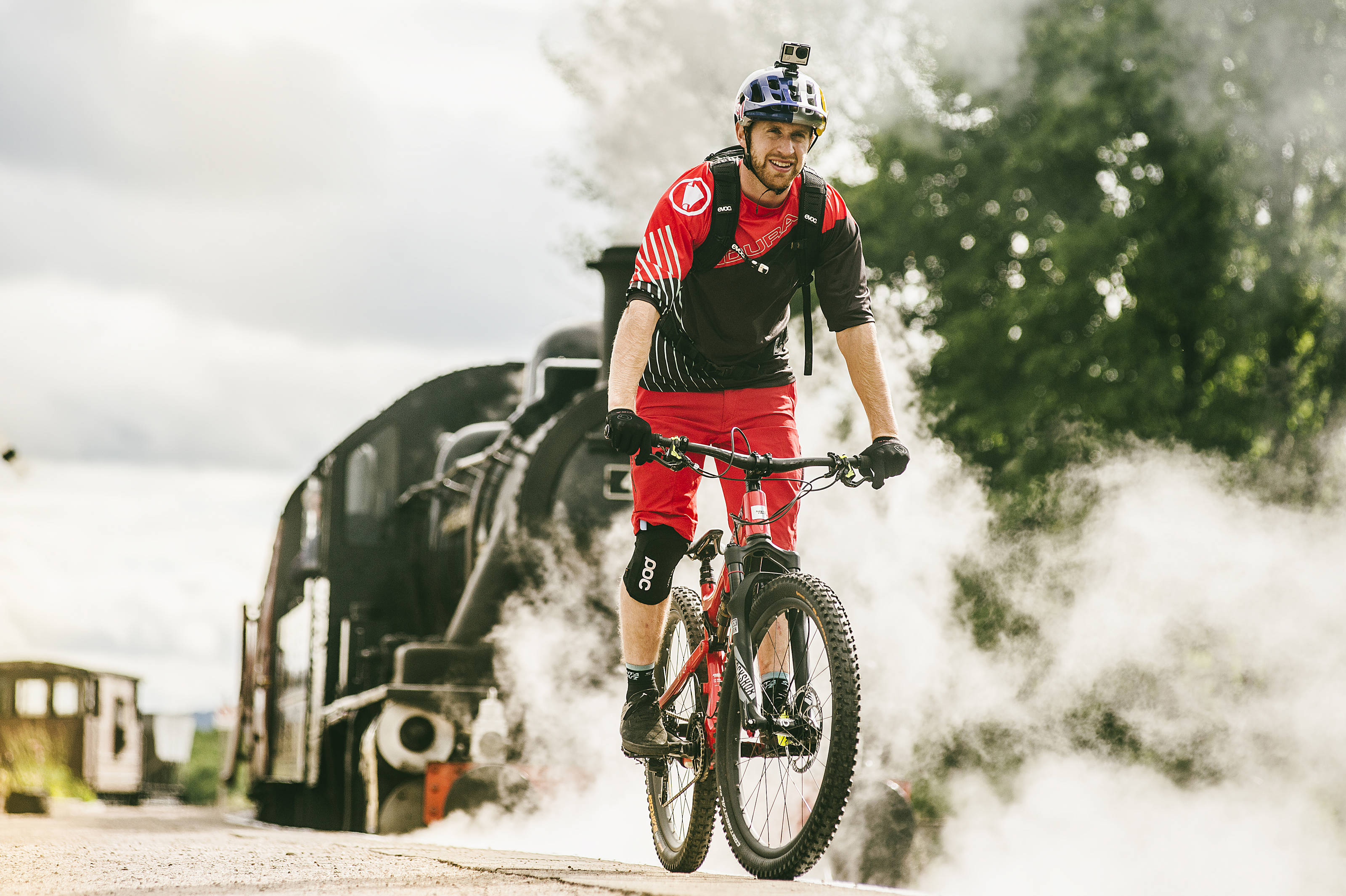 In his latest film Wee Day Out, Danny sets out on a rip-roaring adventure through the glorious Scottish countryside, nodding his head to the slapstick humour of the Vicar of Dibley along the way.

In typical fashion, he manages to raise the bar for two-wheeled inventiveness, laying down tricks previously unimaginable on a mountain bike, such as a scrub to barrel roll, a submerged water crossing and a hay bale ride. 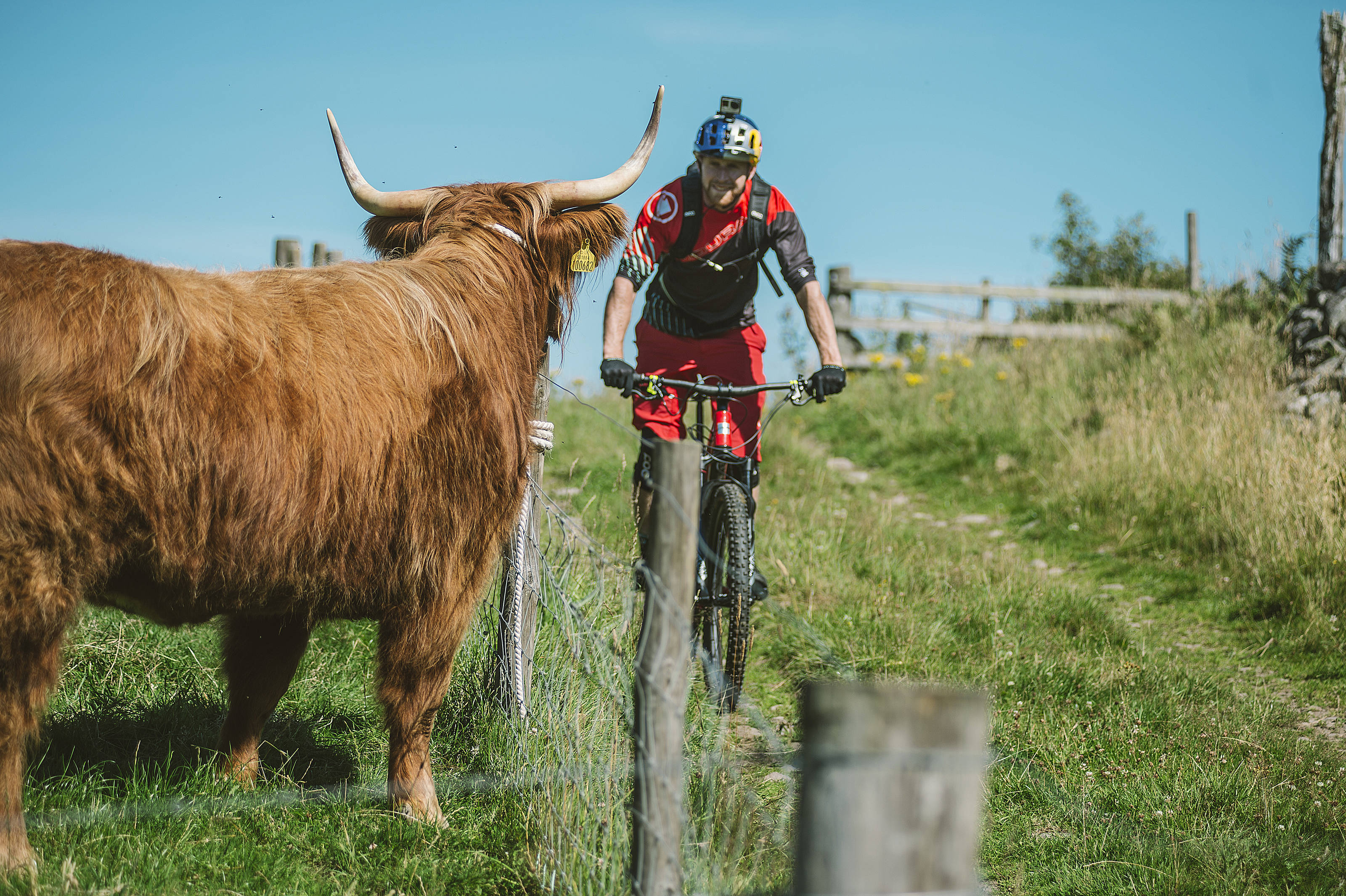 Huck: What was the inspiration behind your latest film?
Danny MacAskill: Rather than just upping the riding level each time, I try to come up with a concept that allows me to go in a different direction. For the Wee Day Out, I really wanted to do another film on the mountain bike and push the technical difficulty, compared with what I’ve done on the mountain bike in the past.

It made sense to film in the Scottish countryside again, because it’s on my doorstep. This concept gave me a lot of creative freedom to do some things you wouldn’t get away with if it you tried to do it with a serious tone.

At the start, I jotted down some trick ideas on my notepad and then we started scouring the countryside. One of the biggest challenges was finding the right locations and we spent over five weeks searching for places to make these very specific, fun and quirky ideas work. 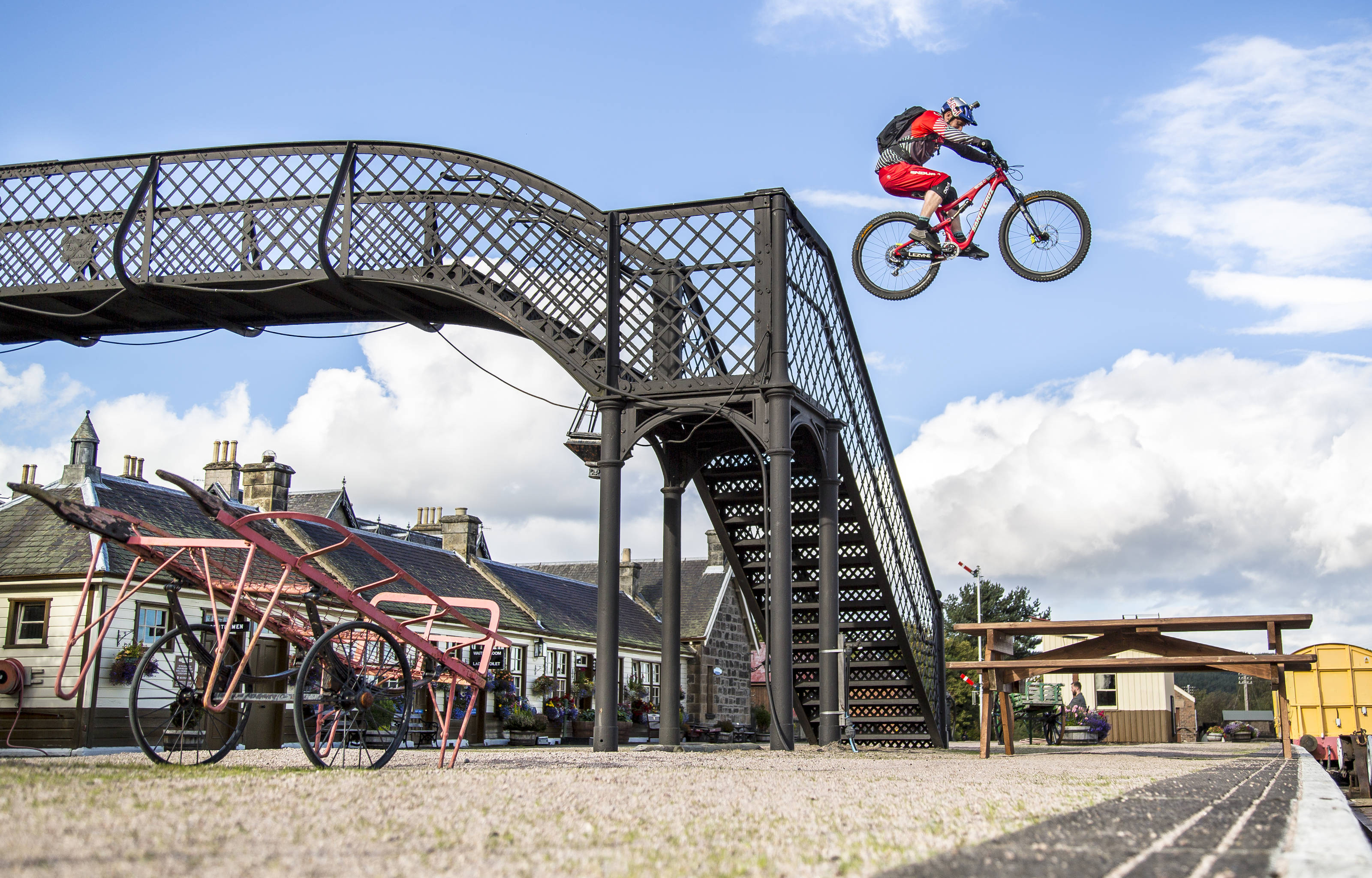 How have you learned to manage your fear?
The riding here was more on the technical side, compared with the last couple of clips which involved a lot more heights. Riding at height has become quite easy, so you get good bang for your buck, if you like. I’m not scared of heights so I can quite comfortably ride along a wall, it makes no difference if it’s 10 feet off the ground or 10,00 feet, I know I can easily stay up there.

There was some fear-inducing stuff in this film, like the final banger, gapping to this rail on the railway bridge. When fear does come in, it’s fear of the unknown. When you don’t know what a landing’s going to feel like, that’s when your brain tends to come up with all sorts of different outcomes, various crashes and things like that.

The biggest thing that gives you confidence is practice. If you can build up to something before you take it all the way, that definitely helps. But often in my films, I’m coming up with tricks that you’ve tried before or never seen anybody else try before. So you’re really unsure of what the outcome’s going to be. I use a few different techniques to get myself over the fear of them.

Positively visualising what you’re going to do on your bike in real time is a big part of it. Sometimes I motivate myself by thinking how disappointed I’d be with myself the next day if I didn’t go for it, even if you do crash at the bottom. Sometimes it’s good to walk away from things if you’re really not feeling it, but if the conditions are right it’s usually worth giving it a go because the regret the next day is hard to take. 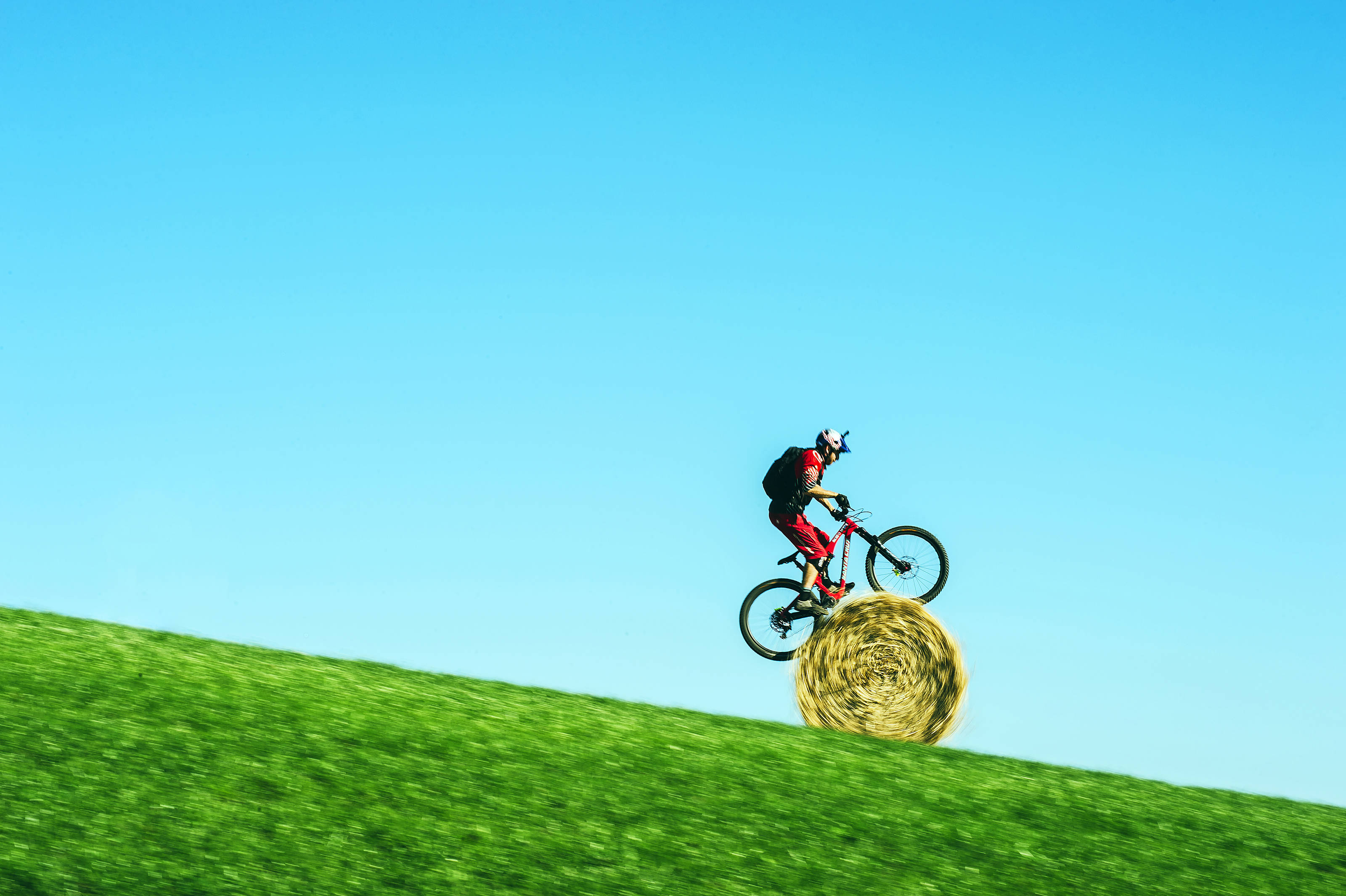 What’s your inspiration for the little visual jokes you put into each film? Do you watch any classic slapstick comedy, for example?
The theme gave us a lot of the ideas and from the beginning we wanted to add a bit of humour. One of the programmes that came to mind was Last of the Summer Wine. In the puddle scene there was definitely some inspiration from The Vicar of Dibley, where she jumps into a puddle to get away from somebody. It had that funny countryside humour.

I’m always conscious of trying to get some kind of emotion from the viewer. I want to give them a little bit more than just good riding, whether that’s making them scared because you’re riding along the edge of a cliff or giving them some good laughs.

To find out more about Danny MacAskill and Wee Day Out, go to www.redbull.com

Linkedin
OTHER ARTICLES
In the third story from By Design, we step inside Redemption Roasters, a prison-based business working to reduce reoffending rates in the UK.
The giant sand art commissioned by sustainable footwear brand Allbirds is calling on leaders to use their global leadership position to drive down their carbon footprints today.
A new campaign is educating Palestinians about the importance, and feasibility, of boycotting Israeli goods from the inside to weaken colonial-economic structures.
Organisers from CAPE – a network of grassroots groups fighting prison expansion – explain why the Police, Crime, Sentencing and Courts Bill would harm society’s most vulnerable.
In the second story from By Design, we take a ride with Bike For Good, an organisation working to make cycling more accessible in the Scottish city – and beyond.
As America enters its third wave of the opioid epidemic, a new exhibition brings together the work of four photographers to grapple with the ongoing questions surrounding the crisis.