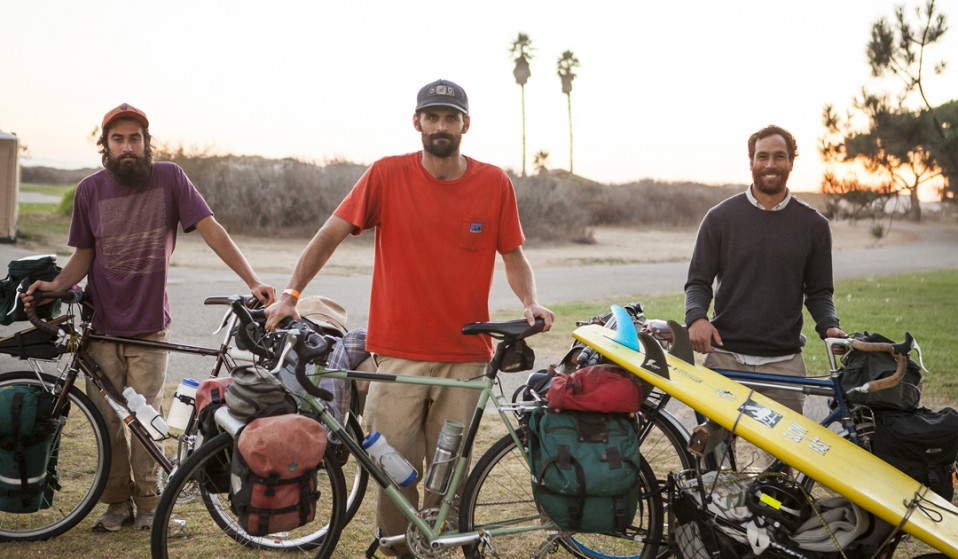 Dan Malloy reflects on how his most inspired adventure was waiting in his own backyard: the Californian coast.

After 15 years traveling the world, pro-surfer Dan Malloy decided to spend two months riding down the Californian coast. Here he reflects on how his most inspired adventure was waiting in his own backyard.

Cycling down the Californian coast was a concept I’d been interested in for a while. I’ve spent the last 15 years travelling non-stop looking for surf, and I had a really good time doing that. But there was a shift a few years ago where I was starting to get a little bit less enjoyment out of being on the road and being in places. You can’t learn much about a place in two weeks, especially when all you want to do is surf.

I was turning this corner, I was really interested in being home and learning more about where I was from and at the same time I was super addicted to travelling, the way you feel when you come into a new town and you have no skeletons and everything is kind of perfect. So I wanted to tap into that same feeling at home and try to get into that same space. That’s where the idea for this trip came from, wanting to get that fix of being on the road but not be in an airplane or a car all day, every day. 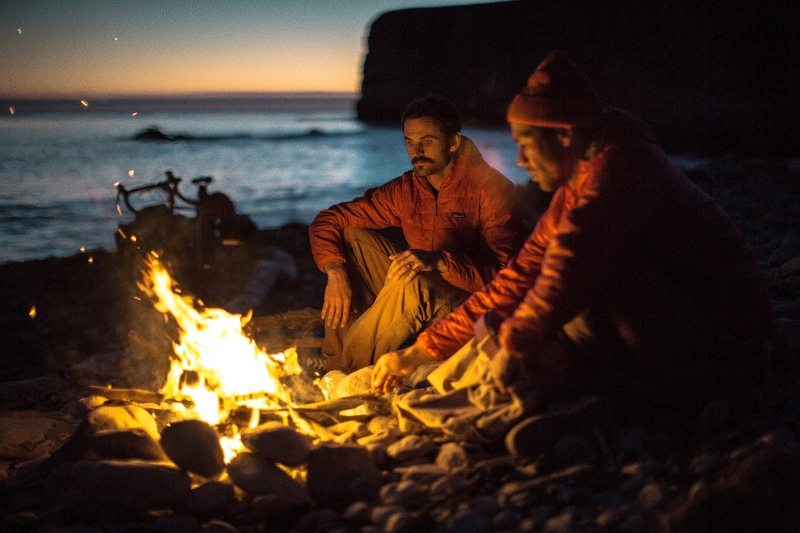 So I talked to a couple of friends, Kellen (Keene) and Kanoa (Zimmerman), about getting on some bikes and riding our way down the coast with some surfboards and they were both down with the idea. We decided that the only real rules would be just southward movement, getting from A to B would only be on the bike, and no hotels. Other than that it was all fair game. But we weren’t like this purist group, we were bucking around the whole time having fun and if we were staying with someone and wanted to go surfing, we’d jump in a car.

We were on the road for two months in total, we weren’t cycling everyday though, we were just going to places and seeing what happened. We’d stop and surf if we saw a spot that looked good, we were totally self-sufficient so there was no timetable to be places. I’d say that of the places we stayed, about half were planned and half weren’t. My wife and I have a little farm, so I wanted to go and check out a bunch of different farms, learn some things. And along the way we met a lot of people who were like, ‘Hey come over for a barbecue, hang out’. We stayed at their houses, had food, surfed. I’ve never experienced this in California before – surfing abroad definitely, but never really here. It was a strange experience. But the journey wasn’t perfectly planned, it was a good combination of being super-loose and having some ideas.

One of the other real good things about riding down the coast, with surfing there’s a lot of localism involved, and if you’re not from a certain area it’s clear. When you drive and you show up at a spot it’s obvious that you’re not from there and you stick out like a sore thumb. But when you do it like this, when you’re riding a bike, it’s a more novel and people are curious about what you’re up to. Because we were riding bikes with surfboards people were interested, and they can tell that you’re not a threat. 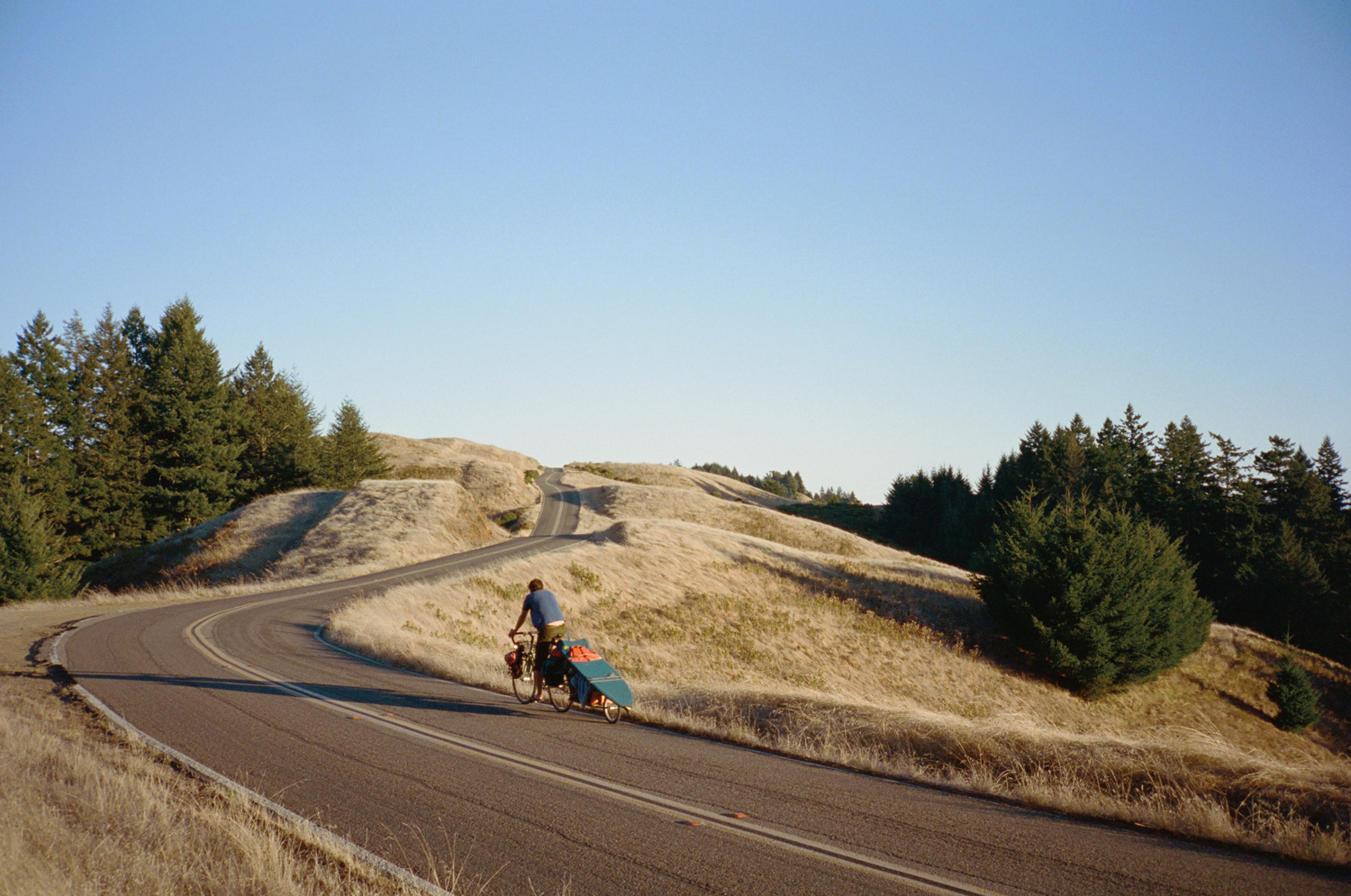 Overall though one of the places that impressed me the most was this amazing little farm in Bolinas called Gospel Flat farm. We cycled down there to check it out and ended up staying for about six days and got to work with them. I just looked up to those folks a lot, you could get about 70 percent of everything you needed from their farm and they’re some of the hardest working people I know. I still like to surf and I still like to travel, but for me now it feels a lot more rewarding surfing after I’ve done some work, that balance for me feels better.

While we were traveling we were filming and taking pictures along the way but the film was going in the bag, we couldn’t look at what we were capturing. It was a pretty fun experiment, a fun way to put the focus on what we were doing and not spend time reviewing footage and making sure we’d captured the perfect moment. I think the best photographs of climbers and surfers, the greatest images were taken before it was commercial in the ‘50s and ‘60s. They weren’t after the apex moment, that moment where they’re doing the ultimate trick. It was all the periphery, and I’ve always been really interested in that. This is what we wanted to show with Slow is Fast. 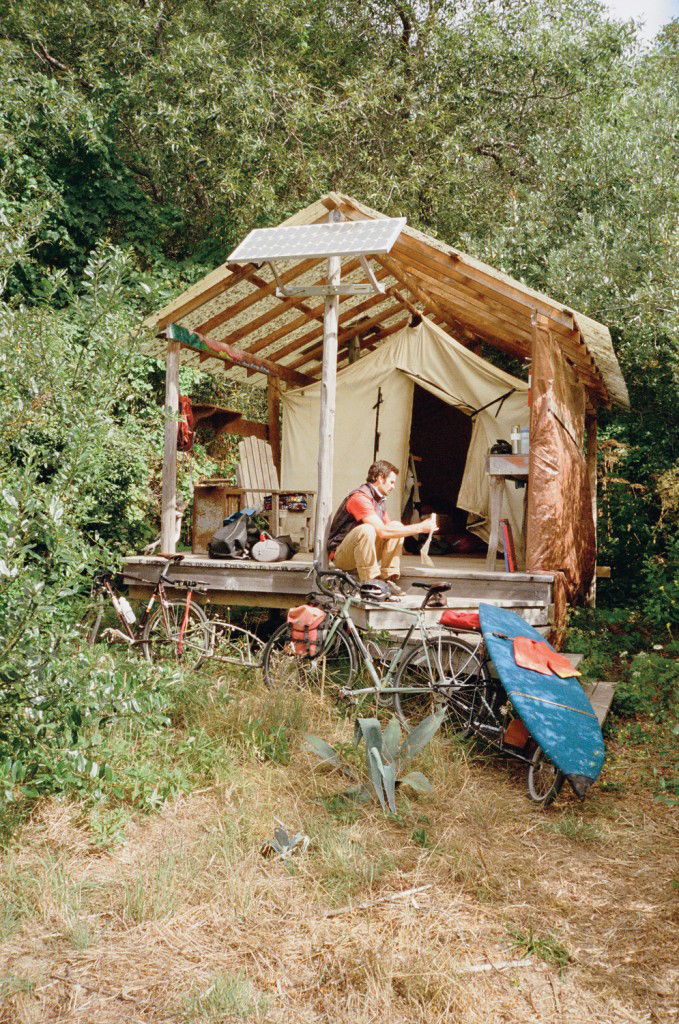 I realised that by bike you have to be a little more grounded, there’s definitely a different connection to the senses when you’re riding and you notice all the changes in weather, the trees, the surf a little more. You get a better understanding of the environment, because you’re not locked into the little capsule of the car, and every mile you make is earned.

In all it was by far one of the best trips of my life, it was a pretty transformative experience, and you really realise that if you can let go of all the stuff you have going on, all the normal bullshit in your life that keeps you from just waking up and checking out how neat it is in the area that you are. If you can lose all that and get in the right frame of mind you can have just as crazy adventure as anywhere else right in these mountains, or right on this beach. It’s just about figuring out how to do it.

Grab yourself a copy of Dan Malloy’s Slow is Fast.