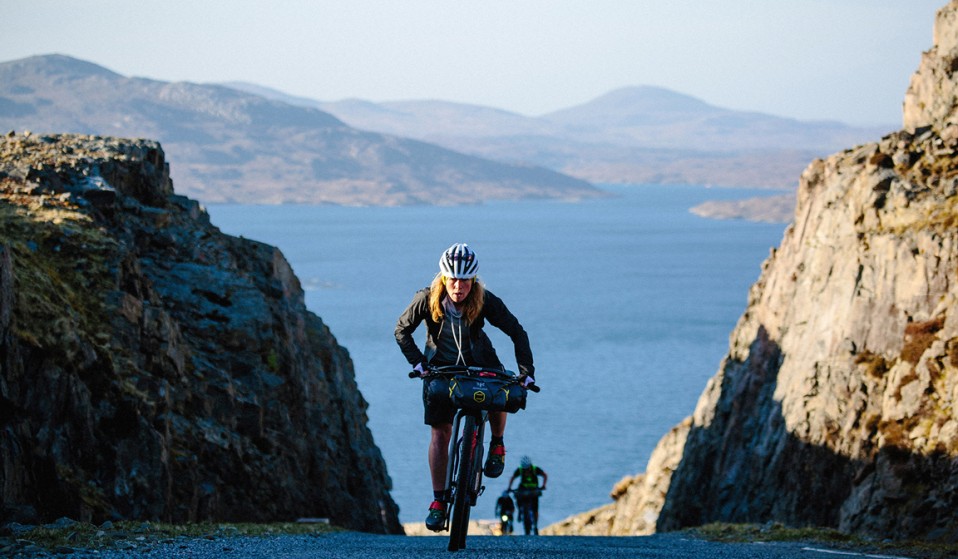 Lee Craigie carries everything she needs to survive on her trusty bike. The goal is to keep moving, but the motivation is to live a life without ‘What ifs’.

Ultra racer Lee Craigie carries everything she needs to survive on her trusty bike. The goal is to keep moving through wild terrain, but the motivation is to live a life without ‘What ifs’.

Lee Craigie has just scratched out of the Tour Divide, a 2,745-mile mountain bike race that starts in Canada and finishes at the Mexican border.

It requires covering around 20 hours and 140 miles a day with everything you need to eat or sleep strapped to the bike.

But one week into that challenge, Lee’s body began to swell up. “I noticed I was getting shorter and shorter of breath but I was like, ‘Come on, Lee. You’re just tired, push through it.’”

By the time she reached Wyoming, however, her lips were turning blue, her face grey. It was an unexpected allergic reaction to over-the-counter painkiller ibuprofen.

Determined not to let a year of preparation go to waste, she hitched a ride to the nearest hospital, took a rigorous two-day course of steroids, and got straight back out there.

Then her bike (nicknamed Jimmy the Shand) fell apart.

“We’d been racing in armageddon-like conditions – torrential rain and mud and snow – which makes some form of mechanical [failure] inevitable,” she says.

“There are only a handful of situations where you can’t bodge the bike back together and continue somehow. But this was one of them.”

After limping along for another 35 miles to the nearest hardware store, discovering that the necessary parts weren’t available, the 38-year-old Glaswegian recognised an insurmountable time disadvantage. The race had slipped beyond her.

But when a sympathetic bystander agreed to give Lee a lift to another bike shop (a 400-mile round trip), she found an opportunity to finish the journey on her own terms.

“There comes a point when you have to accept that something just isn’t happening,” she says cheerily, speaking via Skype during a pitstop in North Colorado. “So I’ve decided to carry on in a completely different direction and establish something positive from this.”

Lee has been applying that attitude to one adventure after another for as long as she can remember.

Having grown up in a sporty family that included international squash and rugby players, she studied outdoor education at university and spent the next few years teaching climbing, kayaking and mountain biking while travelling the US and Australia.

Competing, however, came relatively late: she only took part in her first mountain bike race at the age of 26.

“I was never supposed to be a racer; I just entered my first race for fun and smashed it,” she says.

“I’ve always been really keen to explore the limits of what I’m capable of, because you take tiny incremental steps and suddenly you’re somewhere you never thought possible.”

That ‘somewhere’ became competing in international cross-country championships as part of Team GB and being crowned British mountain bike champion in 2013.

But gradually Lee began transitioning from competitive racing to adventure riding – pushing herself unfathomable distances in sleep-deprived states – to rediscover the excitement that cycling gave her in the first place. 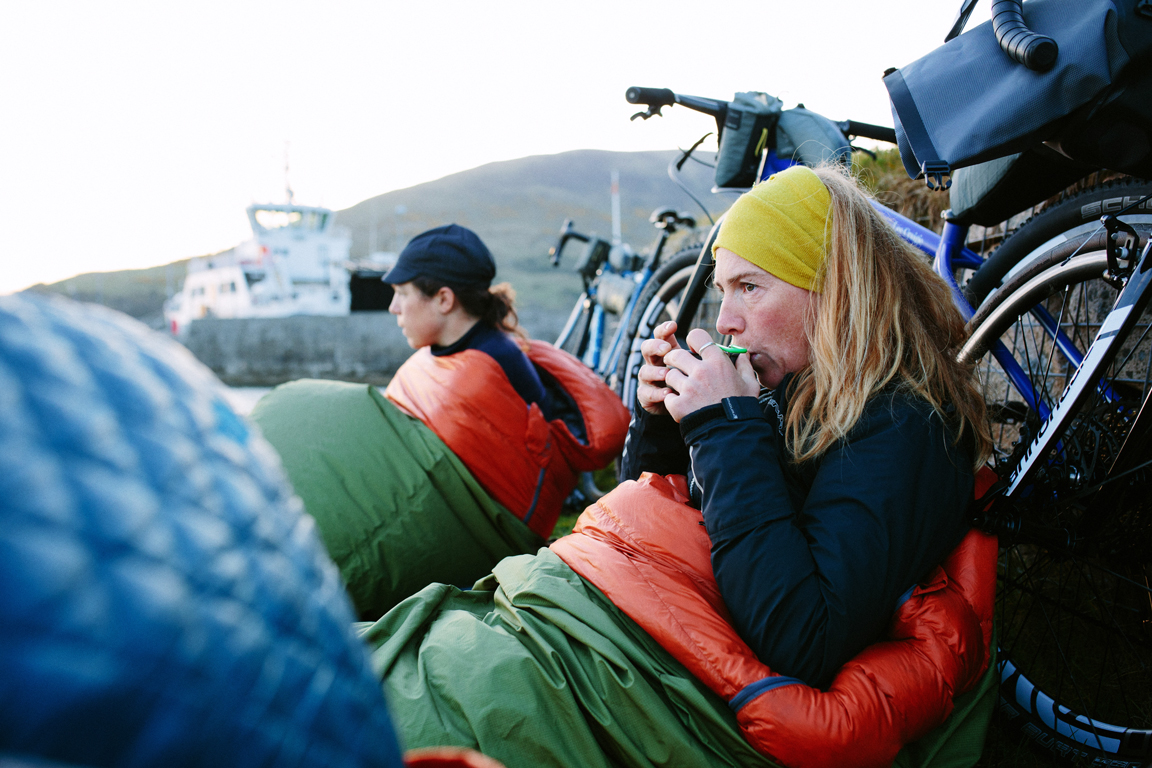 If it isn’t already obvious, Lee is an incredibly driven person who speaks with an assured sense of focus. She admits to being motivated by a fear of missing out, by the thought that she’ll one day look back at her life and think, ‘If only…’

Somehow that seems unlikely. Lee is also a trained psychotherapist. In her spare time, she has managed to launch Cycletherapy, a project that uses mountain biking to promote self-esteem in socially excluded young people, and co-found The Adventure Syndicate, a collective of female endurance cyclists determined to spark others into action.

“We were all a bit bored of the way women seem to be represented in the outdoor industry, so we had an idea to present a different platform for women: to show that what they’re doing is more important than what they look like, or what their race or religion is,” she says.

“We want to inspire other would-be adventurers by showing them that it’s all about enjoying the experience and staying in the moment.”

There’s probably no better embodiment of that philosophy than how Lee tackled the Tour Divide. Ten days after our first Skype call, and 20 days after setting off from Canada, we reconnect for a progress report.

She has just arrived with her ride partner Rickie Cotter at the finish in Silver City, along the Mexican border, sounding happy and somewhat relieved.

After getting back on the road and readjusting her head, she explains, Lee took comfort from the words of ultra-endurance cycling legend Mike Hall.

“He said that if we treat things as a pass-or-fail test, we can torture ourselves over the outcome. But if we consider it more as an experiment with an uncertain outcome from the start, then we always at least get an answer,” she says.

“It’s easy to get blinkered to an awful lot of the stuff going on around you, so it’s important to take an extra few seconds to smile, to make eye contact and, above all, to enjoy the ride.

“I might have been out of the race but by continuing on to the Mexican border, I knew I’d find answers to questions I didn’t even know needed asking.”

Find out more about Lee Craigie.

Linkedin
RELATED ARTICLES
OTHER ARTICLES
The author discusses her blistering new novel about history, revolution and queer love.
Photographer Phyllis Christopher recalls capturing sex and protest at a time when the city had become a haven for the queer community.
To mark the anniversary of the mass trespass of Kinder Scout, a group of hikers came together with the intent of creating a new, fully inclusive culture for rural spaces.
The government’s failure to take long Covid seriously has led to the formation of a group campaigning for the thousands of forgotten victims of the illness.
From the Yakuza to a biker gang, Bruce Gilden recounts capturing Tokyo and Osaka in the ‘90s.
A group of Ukrainians living in Poland are helping Ukraine withstand Russia’s brutal invasion by buying supplies and shipping them directly to the war’s frontlines.