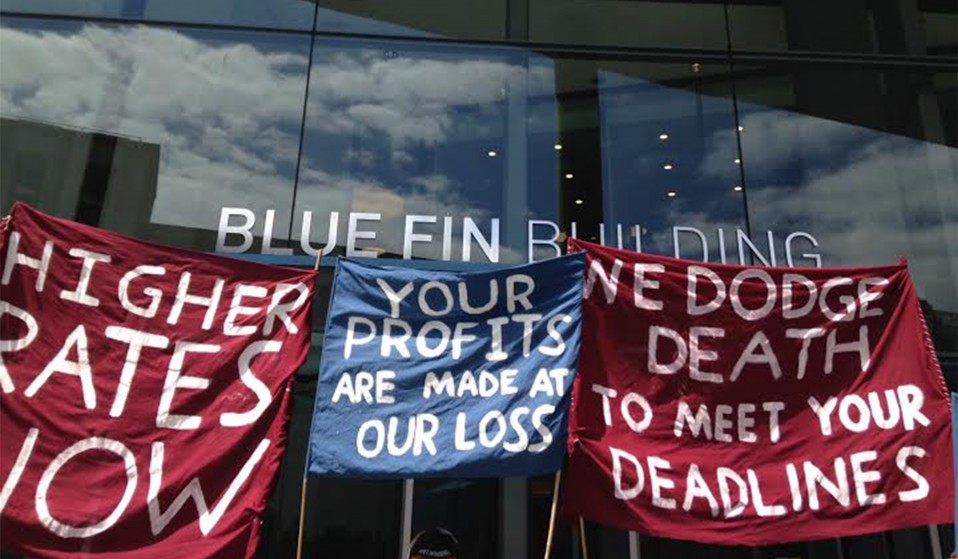 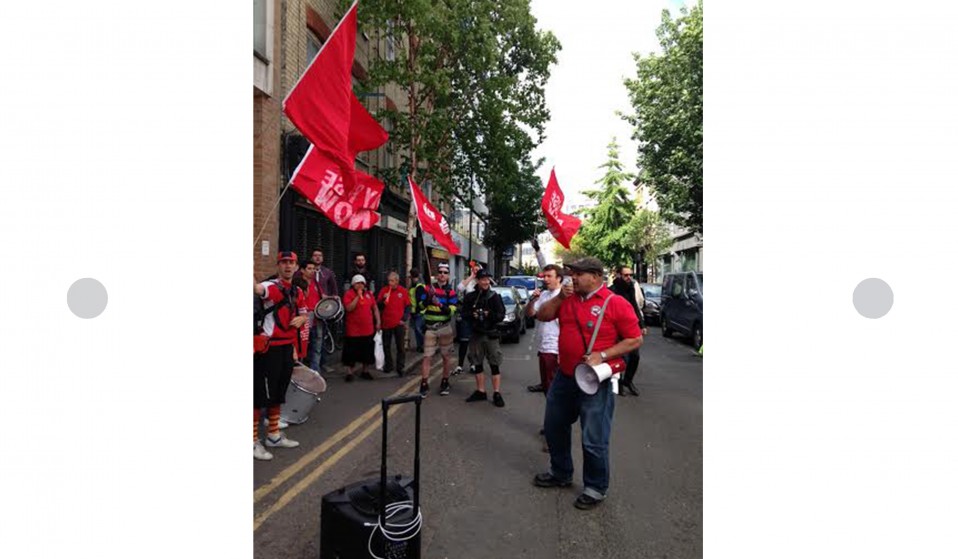 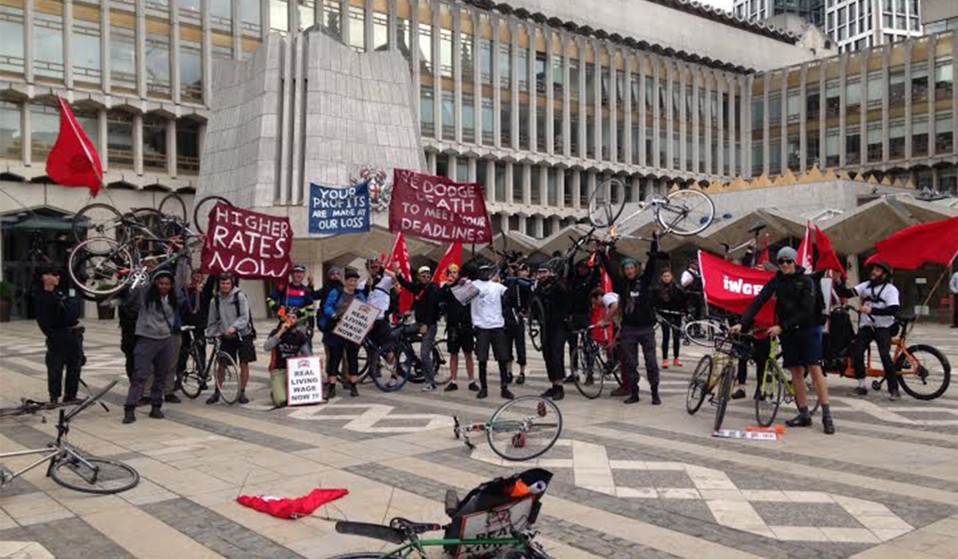 The living wage debate rages on as protestors gathered at the CitySprint courier service headquarters in Shoreditch demanding fair pay.

The living wage debate rages on as protestors gathered at the CitySprint courier service headquarters in Shoreditch demand fair pay.

London bike couriers staged a protest against courier company CitySprint’s notoriously low wages earlier this week, June 9, with many claiming they earn under the minimum wage and receive no benefits or insurance, while working in dangerous conditions.

A courier named Paul, 20, says: “Cycle couriers are notorious for being poor. We’re not insured, and we often get injured. We all put money in a pot so that we can help riders who, for example, have broken a leg and are in financial hardship. The companies don’t pay any of that.”

Green Party leader Natalie Bennett made an appearance and gave a speech, later tweeting that the workers in the street are a sign of things to come. The Green Party has been fiercely campaigning for a £10 minimum wage by 2020.

The living and minimum wage campaigns have been central issues of social and economic reform, affecting workers across the UK and beyond. The fight for a $15 minimum wage in the United States has been a point of contention in the upcoming Presidential election, sparking protests across the country.

Concerning CitySprint’s low pay, Maggie, 27, a bicycle courier, explains the need for the £9.15 London living wage: “Because we earn money per job, not per hour, we need the base rates to be increased so it’s easier to survive in this expensive city.”

David Adams, 20, a courier from North London, says: “Personally, when I checked my last 10 payslips – that’s a week’s pay – I didn’t even earn £8 per hour. On top of that, they take fees off, so in the end it was less than £7 per hour, that’s not even minimum wage.”

“City sprint are notoriously anti-unions,” Maggie says. “They keep everyone self-employed so that it’s hard to unionise. But people are desperate.” The pushbike couriers have joined the Independent Workers Union of Great Britain, forming their own courier branch, through which they are pressuring their employers.

Regardless of CitySprint’s response, the foundations of change have been laid, says Uma, 24, another CitySprint courier. “It’s the start of something, you know. The industry doesn’t change in a day. If you look at history, revolutions began on the ground. This is where it all starts.”

Linkedin
RELATED ARTICLES
OTHER ARTICLES
Ben Sinclair and Katja Blichfeld beat TV at its own game: by getting married, getting high, and throwing out the rulebook.
A double-cover bumper edition of Huck celebrating fifty issues in the game! Featuring fifty life lessons from fifty inspiring doers.
Keith Watts’ series of London illustrations capture the fluid motion of skateboarding through the city.