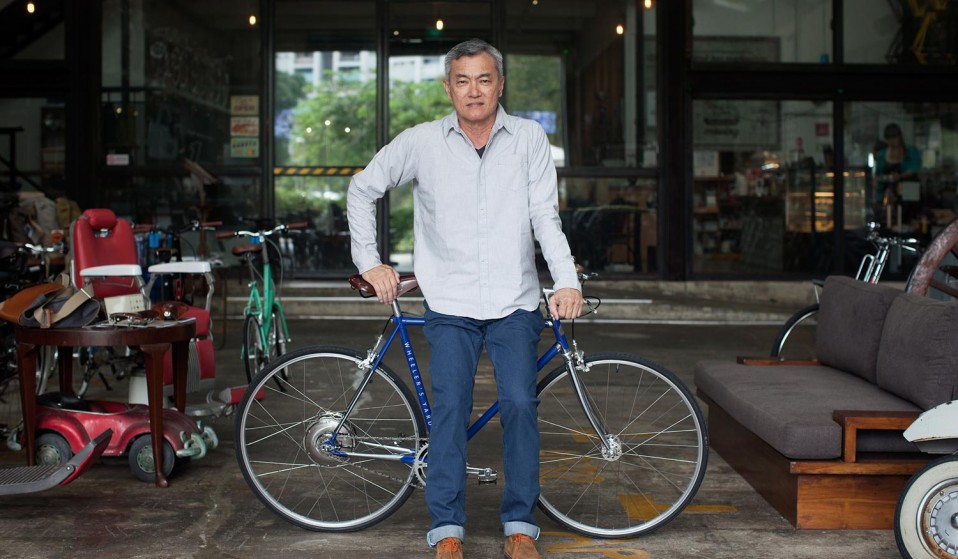 With his cafe-bike shop Wheeler’s Yard, Tommy Ong is providing a place for like-minded commuters to come together.

With his cafe-bike shop Wheeler’s Yard, Tommy Ong is providing a place for like-minded commuters to come together.

Its neighbours include an old folk’s home, a temple and a new condo. Smack in the middle of a neighbourhood more famously known for a 1950s glamour movie lot graced by the likes of John Wayne and Ava Gardner, lies Wheeler’s Yard, a two-year old bike “atelier” and cafe housed in an industrial warehouse.

The floor-to-ceiling blue doors of Wheeler’s – among Singapore’s most popular doors on social media – never open. Instead, patrons walk in via a side entrance into an open concept bike shop. Rows of Wheeler’s own bikes lie in the center, next to two vintage barber chairs – a top draw for selfies and family photos.

But the bike shop is really only part of what’s on offer at Wheeler’s. The cafe attracts Singapore’s growing number of hipsters who come not for the bicycles or accessories, but for the coffee, truffle fries and duck confit. The hipster cafe concept is growing in Singapore, as is cycling. 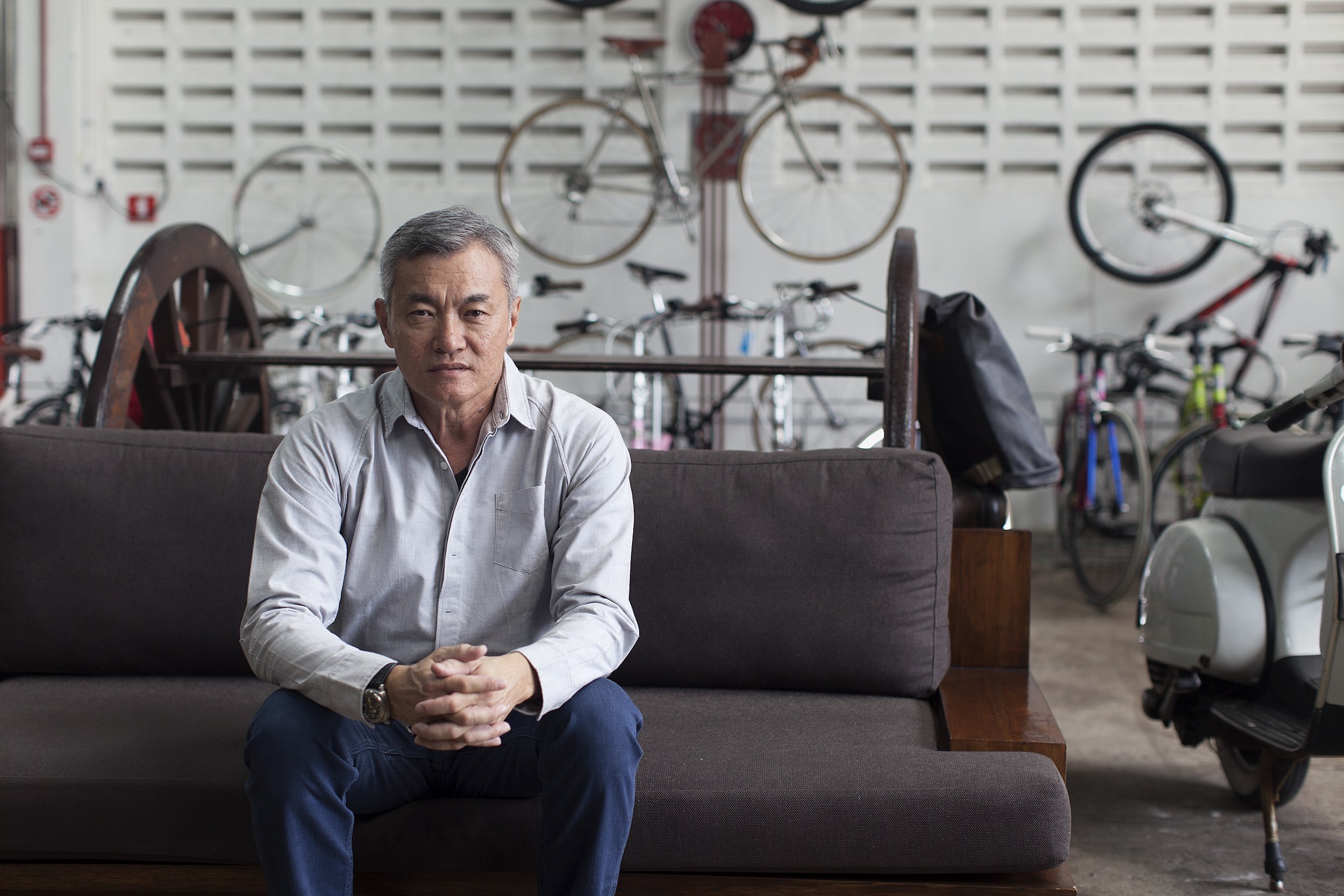 “Cycling is becoming a lifestyle,” says Wheeler’s Yard director Tommy Ong, now sixty-two. “I was confident this [bike shop/cafe] concept would take off.” In fact, Tommy was so confident he left the family car trading company he joined in 1978 to embark on his two-wheeled journey.

It paid off. Wheeler’s Yard turned an operating profit almost immediately after opening in October 2012. Wheeler’s own bikes – with parts sourced from Italy and Taiwan – are already being exported. Like its cafe concept, Wheeler’s bikes are old school, costing between SGD600 and SGD3,000 ($450-$2,200), and they’re modelled on bikes from a bygone era.

“Having only bikes is hard to sustain,” says Tommy, the eldest of six boys and three girls. “The cafe culture took off in Singapore four to five years ago… The concept had to be right.” So he merged Singapore’s love for food and its growing love for cycling in Wheeler’s Yard. 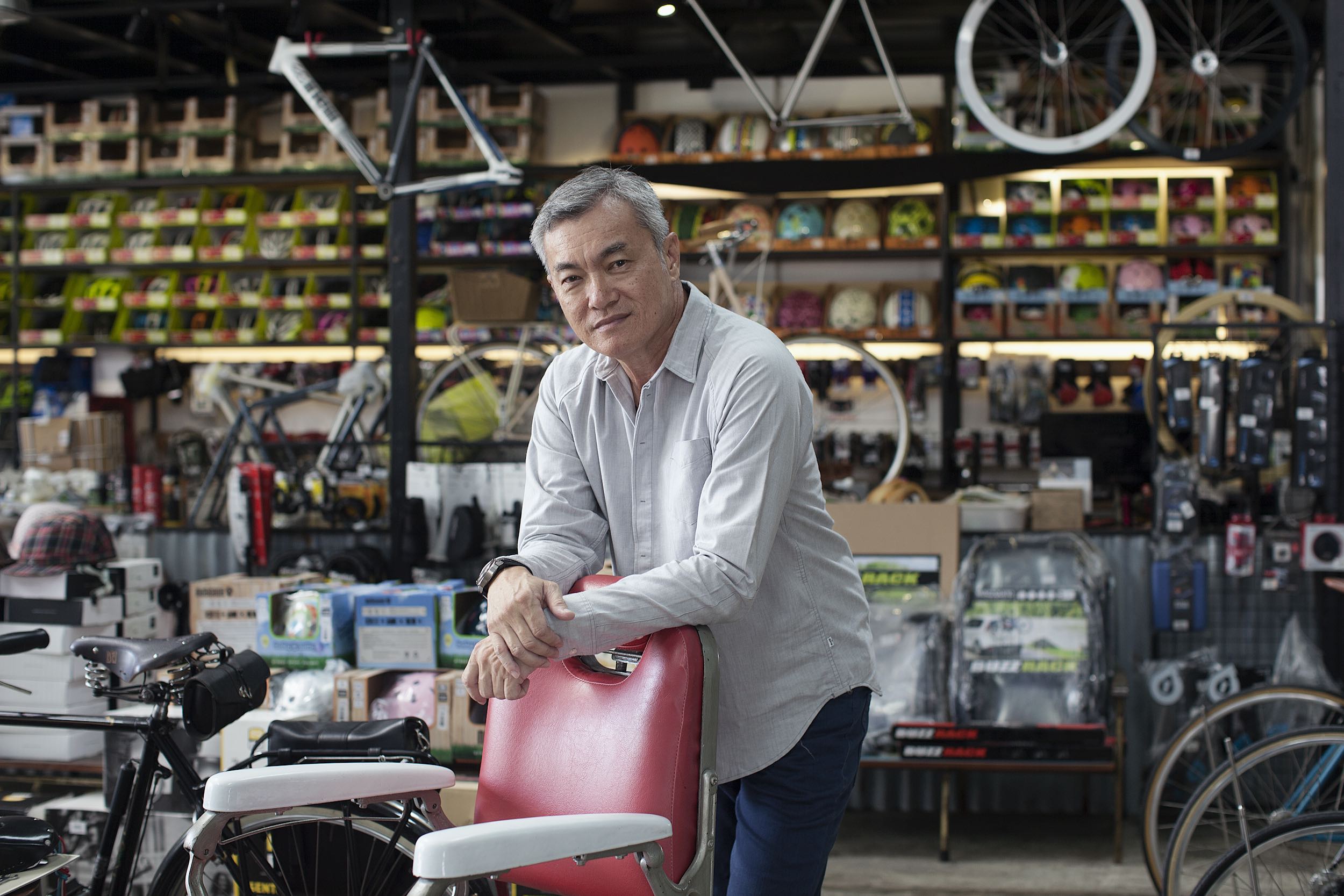 Cycling is booming in tiny Singapore, and not just as a form of leisure or exercise. The government is pushing the biking agenda, and has said it would increase its current “Park Connector” network to 360 km from the current 200 km by 2020. The aim is to get to 700 km of intertwined, car-free (with some cross points) bike-only lanes, reports have said. Not bad for a country with a land mass of 716 square km – a quarter the size of Bali, Indonesia.

Bike shops have sprouted everywhere, but there is none like Wheeler’s Yard. The back entrance to Wheeler’s itself is located right in front of a “Park Connector” path – a route that Tommy takes every weekend to the Marina waterfront area with his family.

The Singapore government, in its 2013 transport master plan, predicts that cycling will pick up as infrastructure does. The Japanese army used bicycles to navigate through Malaya before they came to Singapore during World War II, and that’s when bicycles are believed to have taken off in the state.

Linkedin
RELATED ARTICLES
OTHER ARTICLES
The curators of a new exhibition are hoping to shed light on Plymouth’s vibrant but often overlooked nightlife.
With inflation now at a 40-year-high of 9 per cent, demonstrations organised by TUC took place to demand action from the government.
Photographer David Hoffman recalls documenting the extreme wealth inequality around Tower Hamlets and Hackney int the 1980s.
The singer-songwriter discusses her intimate new project – and the advice she’s picked up across a career as one of rock’s leading voices.
On the fifth anniversary of the tower fire, around 18,000 joined the walk to remember the 72 dead and to demand justice.
A new report has found that the majority of Britains approach trans issues with compassion. It’s about time this was reflected by our media landscape.