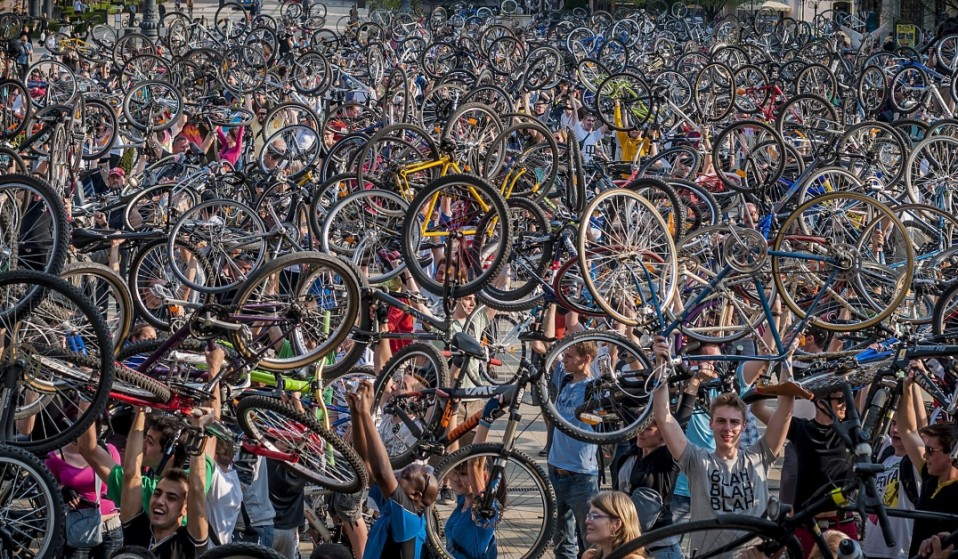 As a new exhibition at the Smithsonian draws on cycling's tradition of radical social change, we gather together some of the best left-field bike happenings in the world right now.

As a new exhibition at the Smithsonian draws on cycling's tradition of radical social change, we gather together some of the best left-field bike happenings in the world right now.

“Racing’s like the predator that doesn’t leave any meat for the scavengers,” former Bridgestone Bikes Marketing Exec. Grant Petersen told us back in 2013. “It does take over, and it does tend to wreck things.” Petersen was riffing on his book Just Ride, a guide to riding bikes for enjoyment rather than competition. He was seeking to dismantle what he called the ‘racing-industrial complex’ with all its spandex and gear, assuring people that riding for enjoyment would still champion the competitive edge that has come to dominate cycling’s lucrative zeitgeist.

As a new exhibition on cycling’s history at the Smithsonian’s National Museum of American History opens this week – and with the Tour de France roaming the French hills, battling accusations of dishonesty as it goes – Petersen’s words are worth remembering.

The Smithsonian exhibit essentially documents the inherent radicalism of the bicycle through American history. Detailing the evolution of early bicycle engineering, the exhibition makes a case for the bicycle as the progenitor to all modern transportation, laying down the framework for the automobile that stole its thunder and the planes that flew through it. And the social change that it enacted is tough to ignore.

It was the tool that afforded American women the opportunity to travel without chaperones, described by Susan B Anthony as doing “more to emancipate women than anything else in the world.” They still provide an opportunity for us to travel without adversely affecting the environment whilst climate change spirals out of control and they’ve formed the basis for activist movements worldwide. As we said way back in 2010, bikes aren’t just a mode of transport, “they’re a radical tool that can put this world to rights.”

While big money, drug controversies and competition dominate the contemporary cycling world, it’s worth remembering this tendency towards radicalism and change that has defined the bike since its invention. Here’s how:

The thought of a politician giving a Ted Talk on bikes is a little harrowing. David Cieslewicz isn’t perfect by any stretch, but he did become one of the first mayors in the US to implement a minimum wage in his city while campaigning for the legalisation of marijuana and appearing in Channel 101’s Chad Vader: Day Shift Manager. As such, his talk on cycling as a force for social change is an interesting watch as an introduction to the bike’s history as a revolutionary tool. 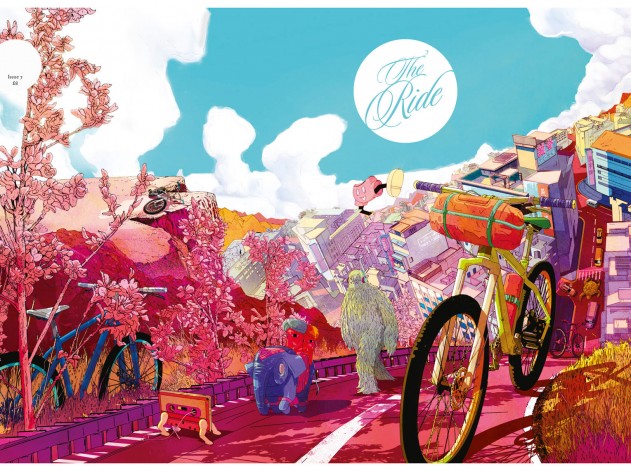 There is a new wave of publications out there wrestling the bike back from the macho, speed-headed gear obsession of lad mag knock-offs. Coven Magazine, who we profiled last year, present “a colourful smorgasbord of inspiring stories featuring epic locations, beautiful creations and pioneering humans,” and Taking The Lane‘s feminist nonfiction books are thoroughly worth investigating. Ride Journal is a favourite at Huck HQ, though, with its personal take on cycling’s stories, getting beneath the rider’s skin and providing a welcome antidote to the niche sport angle of many bigger publications. 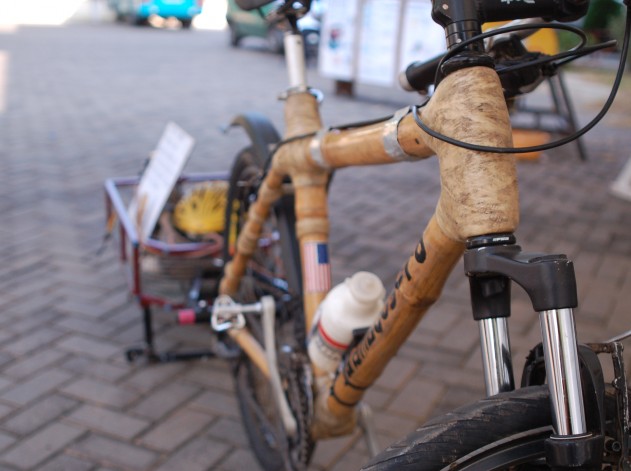 Though travelling by bike may be energy efficient and carbon neutral, a bike’s production can often put a strain on the world’s resources before it reaches the rider. Though there are manufacturers trying to change that – East London’s Racer Rosa‘s recycled steel rides, for one – none have been quite as simple and radical as Bernice Dapaah’s elegant solution to Ghana’s transport worries. The Ghana Bamboo Bikes Initiative started by Dapaah uses inexpensive, efficient, durable bamboo for the manufacture of its frames. As The Guardian pointed out, “bamboo is fast-growing, produces up to 35% more oxygen than other trees and helps to prevent soil erosion, a significant cause of concern for farmers in Ghana.” What’s more, the bikes are affordable in a way that other forms of transport in the country are not. 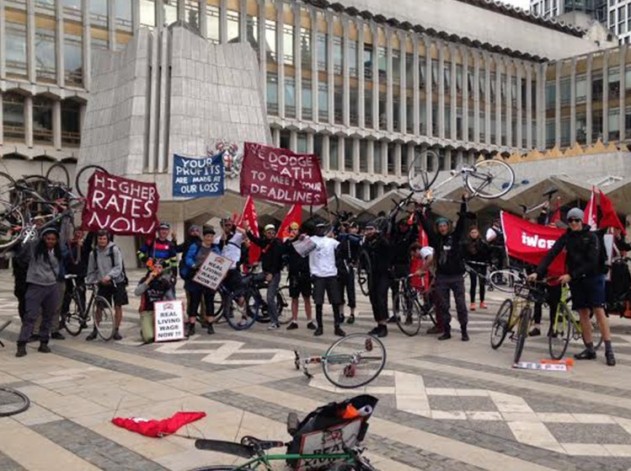 Cycling’s long history of radicalism is still going strong and often the social angle drawn out by the Smithsonian exhibit manifests itself in more direct action. Just the other week we were in Shoreditch to speak to a group of bike messengers protesting against inadequate pay for a dangerous job. As one of the messengers on the front line told us, “We’re not insured, and we often get injured. We all put money in a pot so that we can help riders who, for example, have broken a leg and are in financial hardship. The companies don’t pay any of that.” It’s easy to forget that bikes still play an integral part in the day-to-day lives of thousands outside of recreation, but there are plenty of groups trying to wrestle bike worker’s rights back into the public eye.

Bicycles = Liberation runs as part of The Object Project, an exhibition about “everyday things that changed everything”, at the Smithsonian Institution’s National Museum of American History.

Linkedin
RELATED ARTICLES
OTHER ARTICLES
Freddie Miller’s new series of photographs investigates who today’s trainspotters are and what drives their unfettered enthusiasm.
With inflation now at a 40-year-high of 9 per cent, demonstrations organised by TUC took place to demand action from the government.
Curator Antoine de Beaupré discusses his immense record collection and what it tells us about the intersection of music, photography, art, and commerce.
LGBTQ+ students are keeping the spirit of the original Pride alive by fighting for liberation for everyone, not just their community.
Wealth inequality and the rising cost of socialising is placing a strain on people’s relationships, reports Eve Upton-Clark.
Yesterday queer activist group Lesbians and Gays support the Migrants staged a die-in at the Pride in London parade to protest the inclusion of police in the march reports Huck politics editor Ben Smoke.