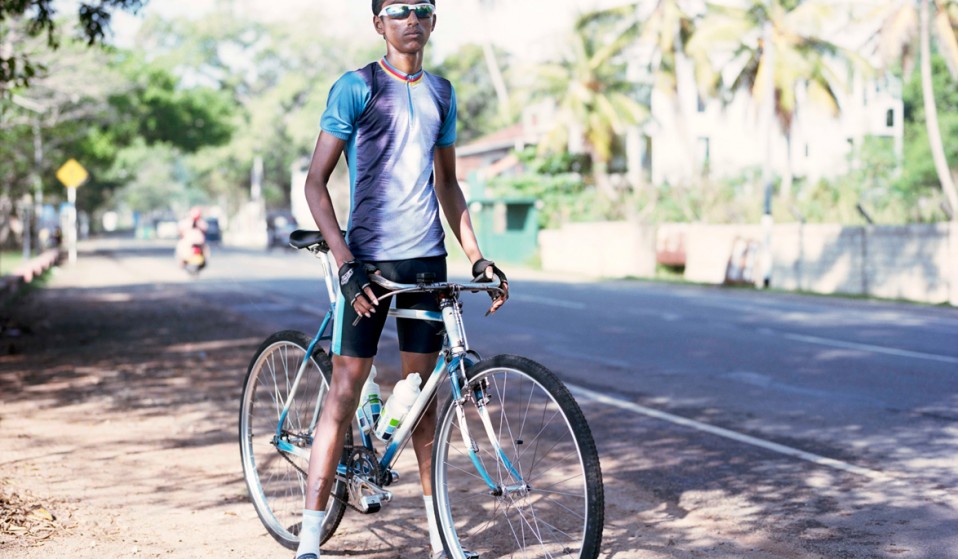 For the street racers of south Sri Lanka, competing on antiquated bikes is the ultimate test of endurance.

For the amateur street racers of south Sri Lanka, competing on antiquated bikes is the ultimate test of endurance. Only cool heads and sheer determination will prevail.

Elliott Cole was scouting for surf spots on a trip to Sri Lanka when he noticed guys training at dawn in intense heat: barrelling down hectic main roads on primitive-looking bicycles, often with a minivan or tuk-tuk alongside them.

The sight stuck with him and, three years later, Elliott found himself drawn back to document the story behind it. 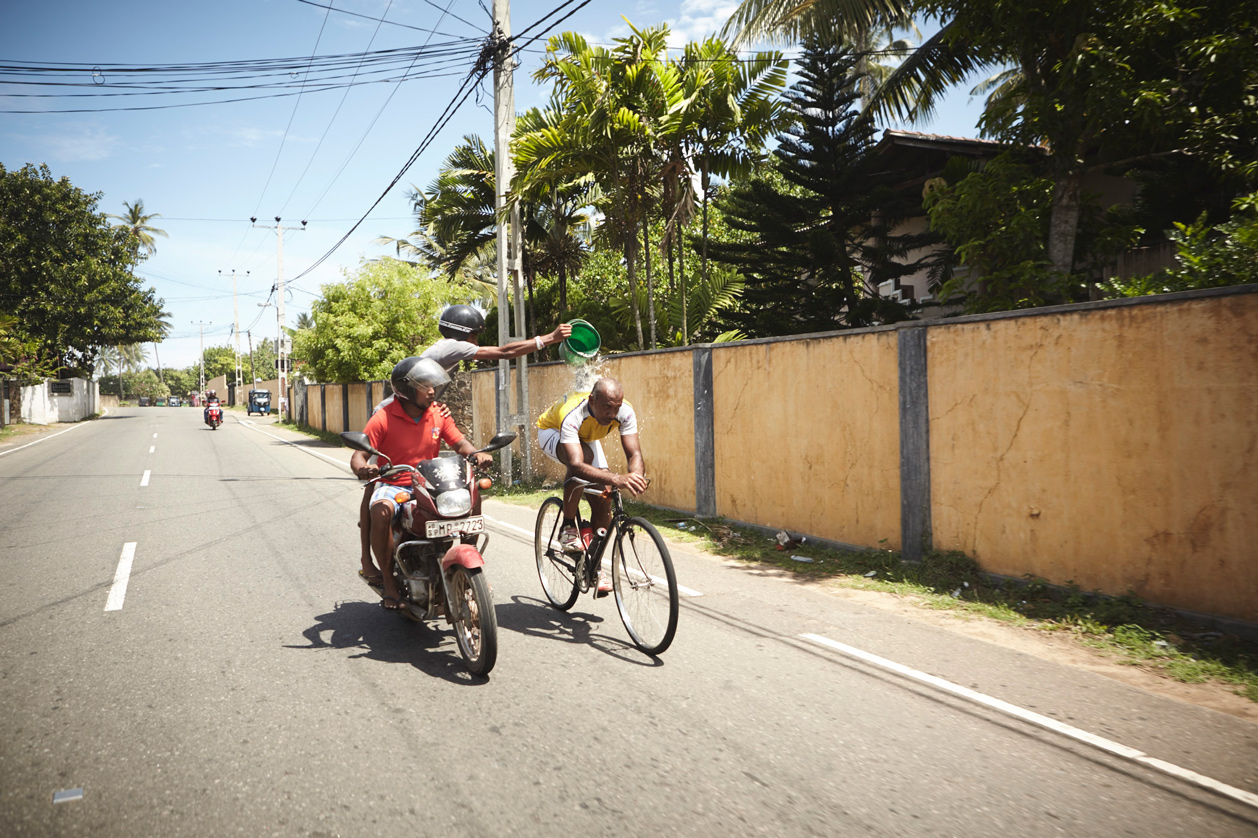 “I couldn’t find anything on the internet, so me and my girlfriend went back to where I’d first seen them and started asking the locals,” says Elliot, a 32-year-old photographer who splits his time between London and Bristol.

“They had no idea what I was on about. We rented a scooter to help carry kit and just sat on the side of the road at 5am until we saw one, chasing them down until I could get them to stop for a picture.” 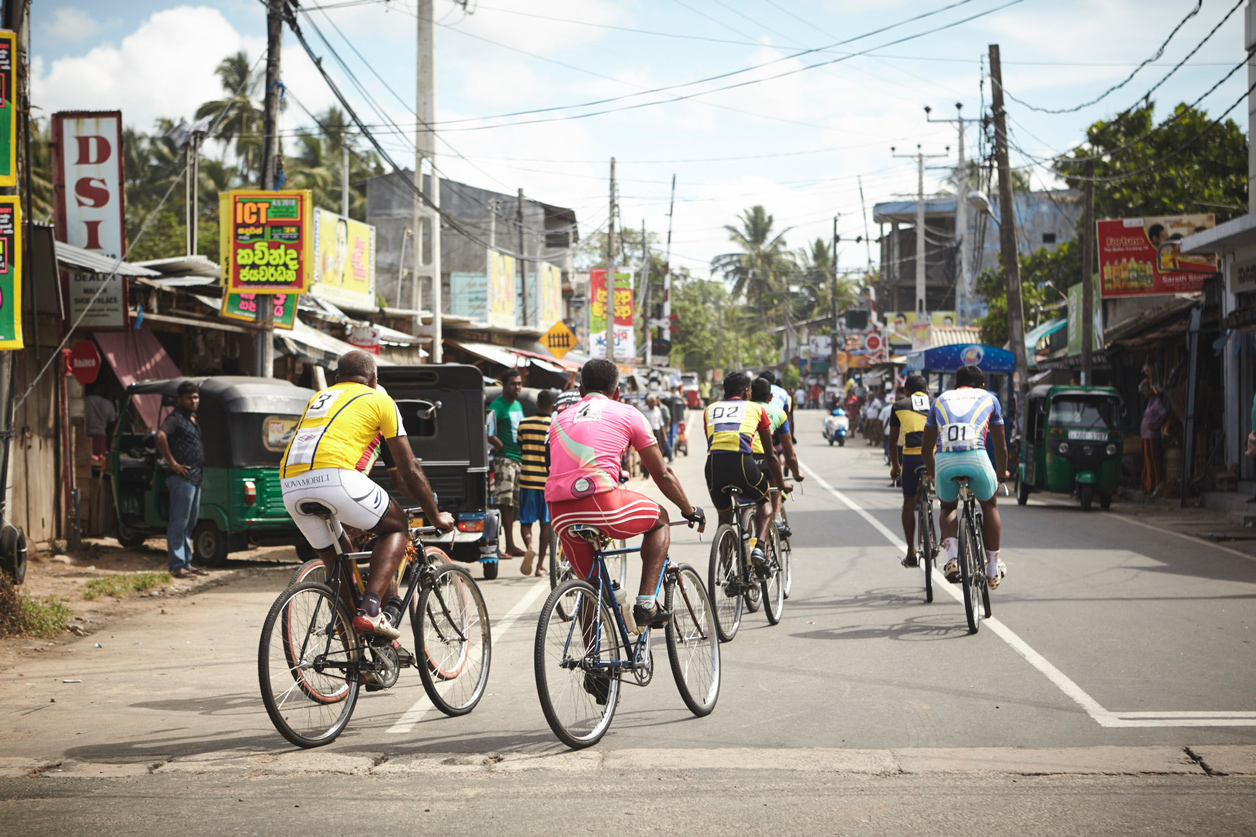 That’s when Elliott got a closer look at what they were riding: frames built from heavy steel (often bolted together, rather than welded) with antiquated brakes and no gears whatsoever – a style of biking, he point outs, unchanged from almost a century ago.

“They’re based around very old town-bikes,” he says. “The more modern and conventional bikes are so much more expensive that they are not an option here, so they just race what’s available to them.” 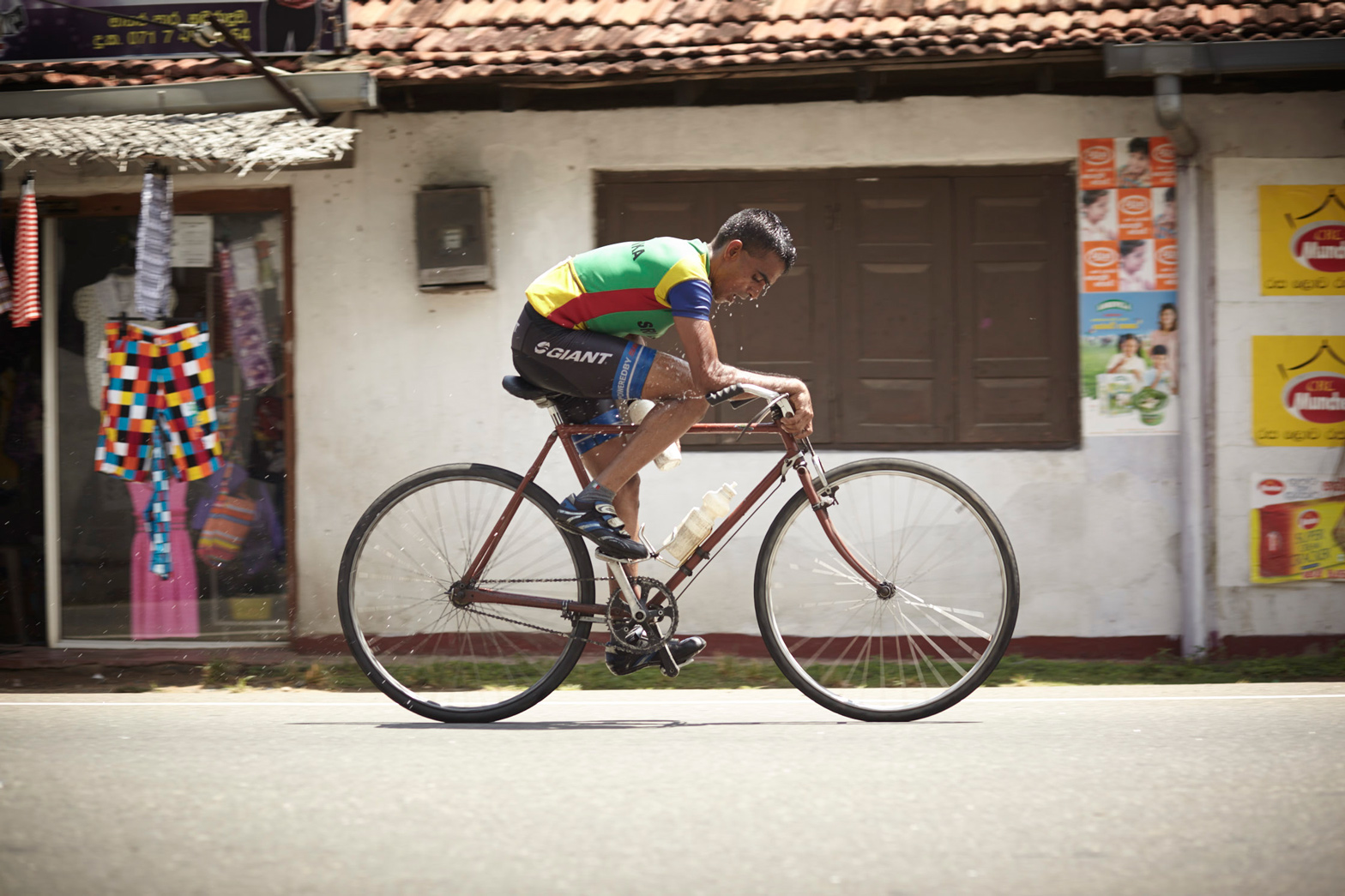 After 10 days of stakeouts on a stretch of road between Matara and Galle, Elliott had a rough idea of where the racers might compete (without speaking Sinhalese, piecing this together proved difficult) and finally stumbled across the action.

Whereas conventional cycling events tend to be organised affairs – with closed roads, stewards and medical support – these athletes race among the traffic in blistering heat whenever they feel like it. 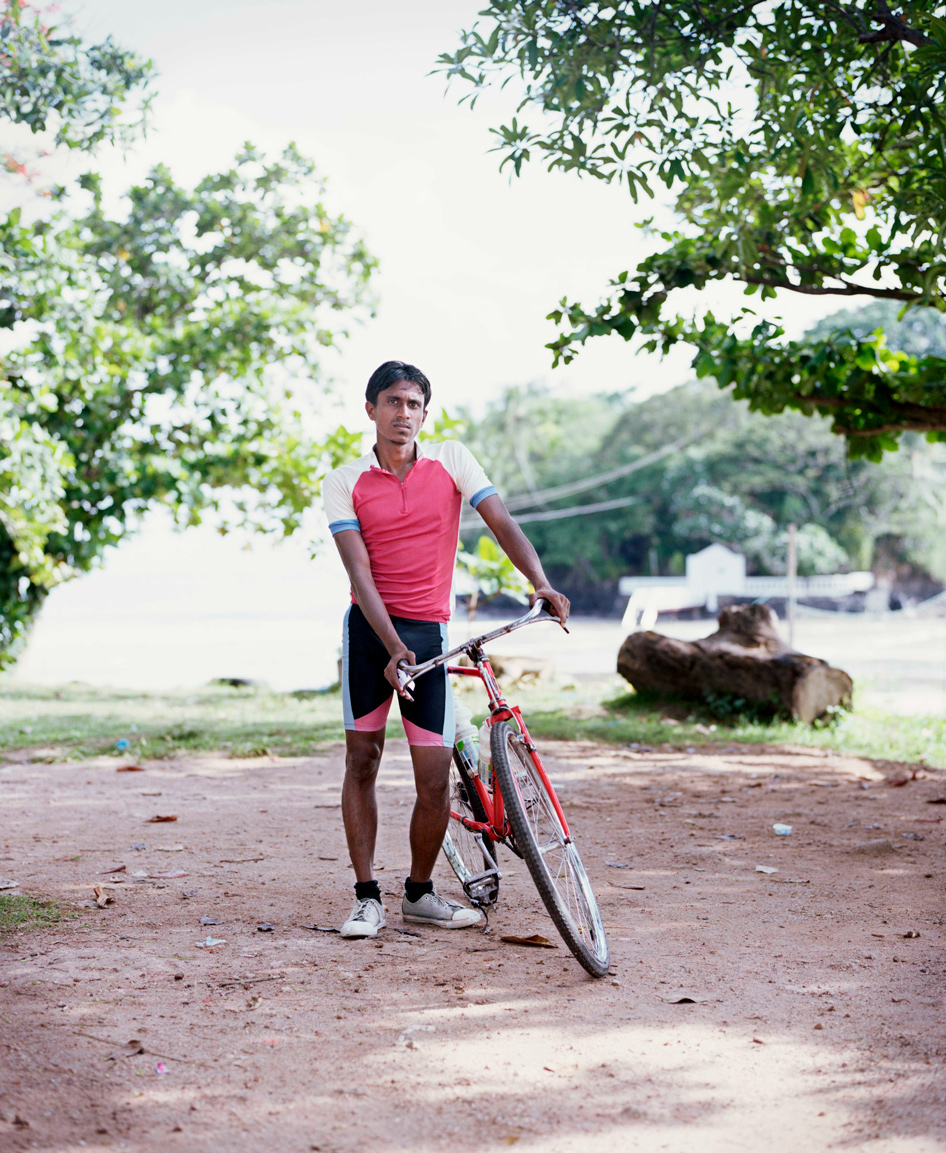 “There are no teams, no support, no prize money. Just locally organised races on extremely dangerous open roads for the fun and glory,” he says.

“Guys on scooters will go up ahead to try to warn oncoming traffic but that’s about it. Considering how busy and dangerous the roads are… it’s like riding down the middle of the M1.” 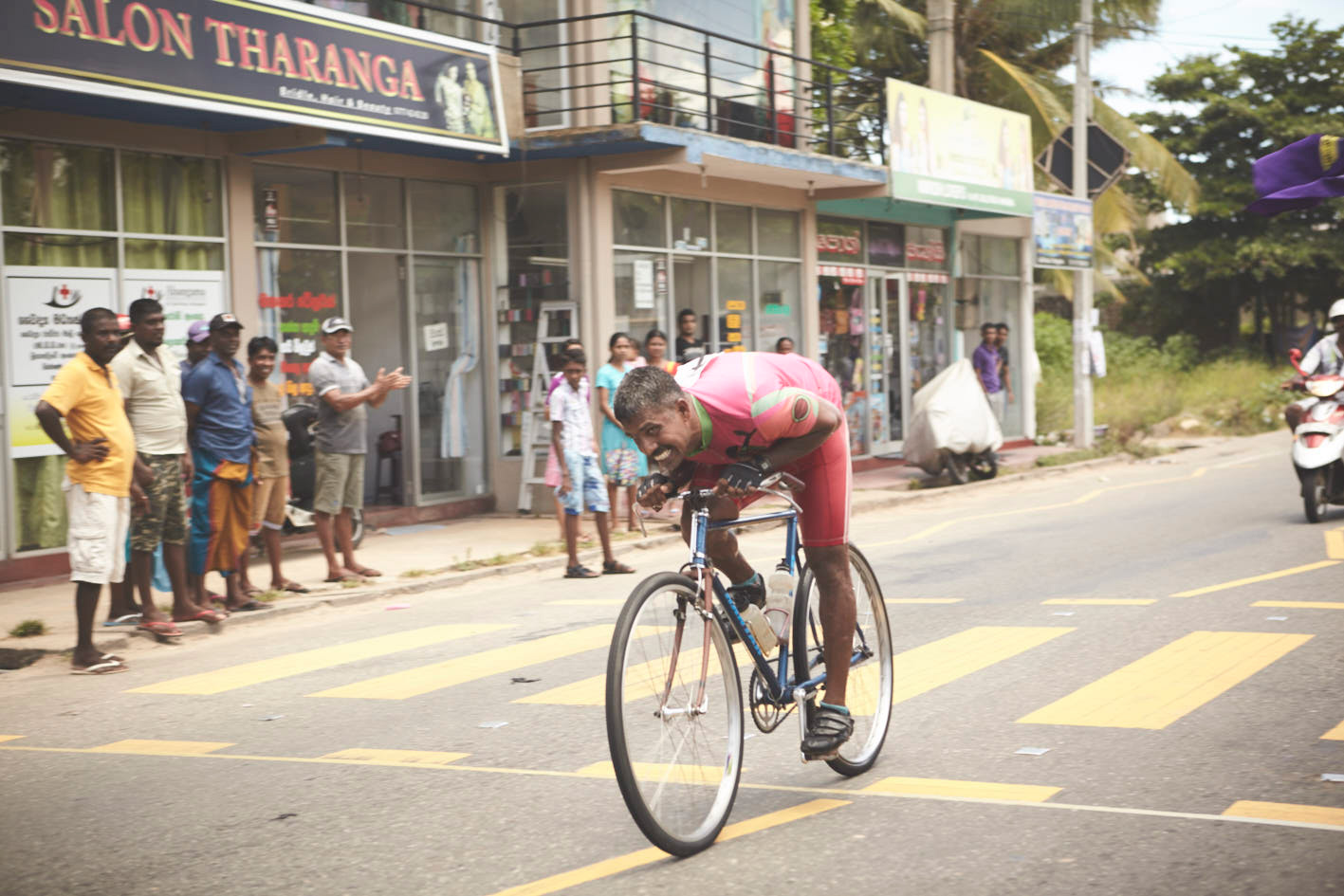 When there’s a race on, Elliott says, crowds will line the streets in confused amazement.

The spectacle inspired him to ingratiate himself among the riders and tease out some of their stories. 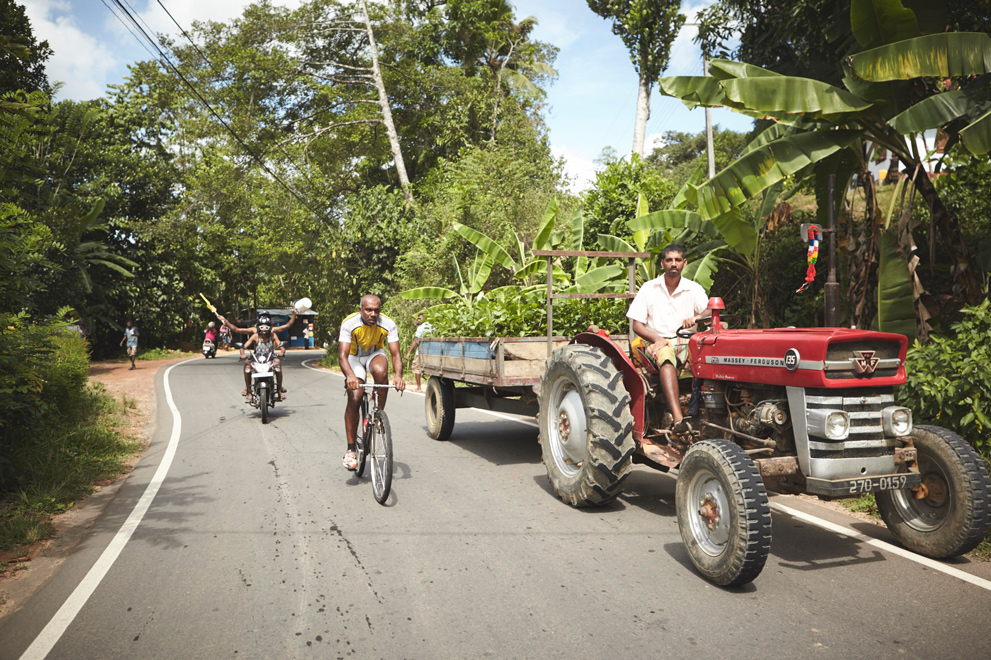 One man named Saman – “a gentle smiley character who worked as a fisherman” – invited him to have tea with his family in the jungle, where pictures of him racing around Sri Lanka were laminated to protect them from the humidity.

“He talked about how a tsunami had destroyed his old house, so he and his family had to flee into the hills… but he went running back to save his bike!”

Another man had served in the Navy and competed national races when he was younger. The focal point of his living room was a cabinet of cycling trophies, Elliott says, while his wife uncovered a folder overflowing with certificates and newspaper clippings of those glory days. 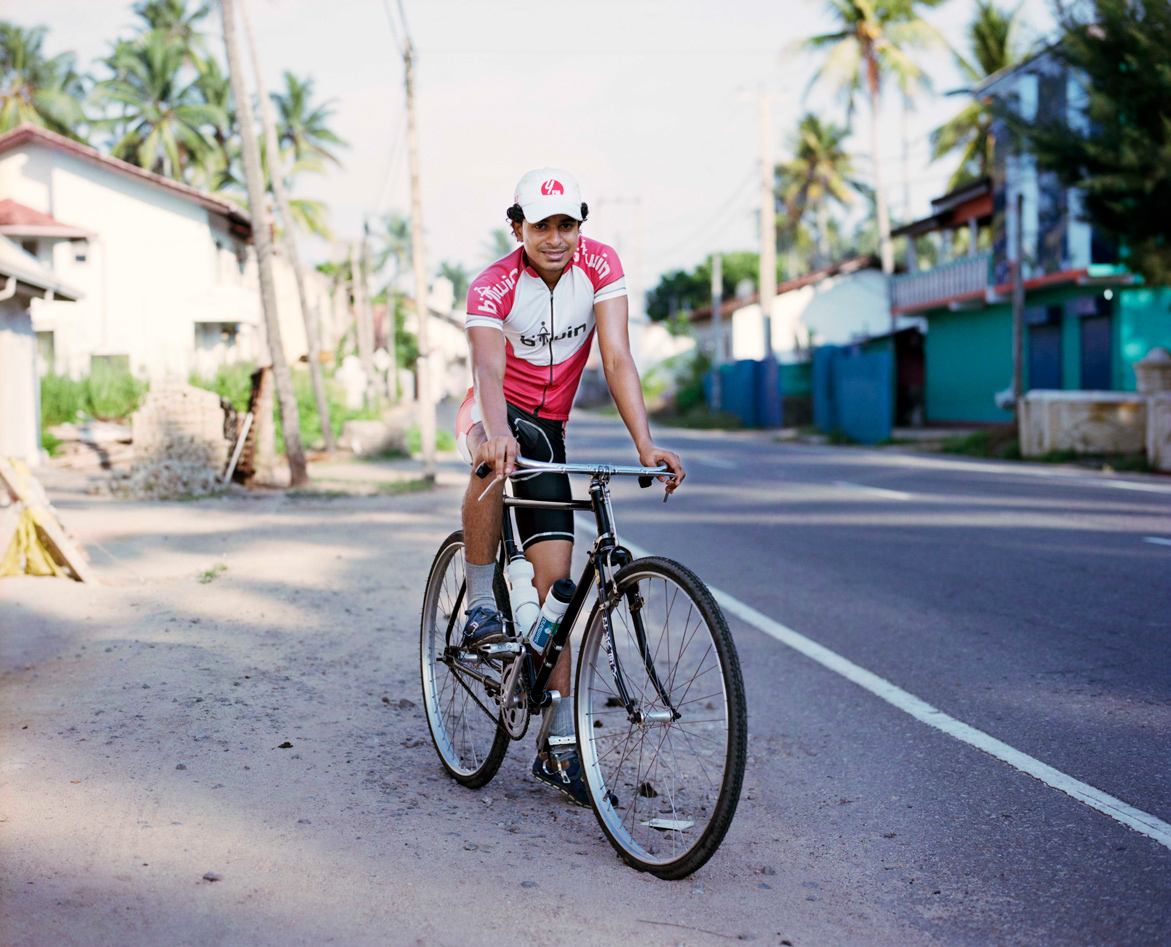 These are the kind of stories Elliott is drawn to. Having grown up as part of a well-travelled family, exposed to diverse cultures, finding out what makes people tick is something that runs through his work.

In the case of the road warriors, he found their determination to be part of something – without any obvious pay-off – an irresistible subject matter. 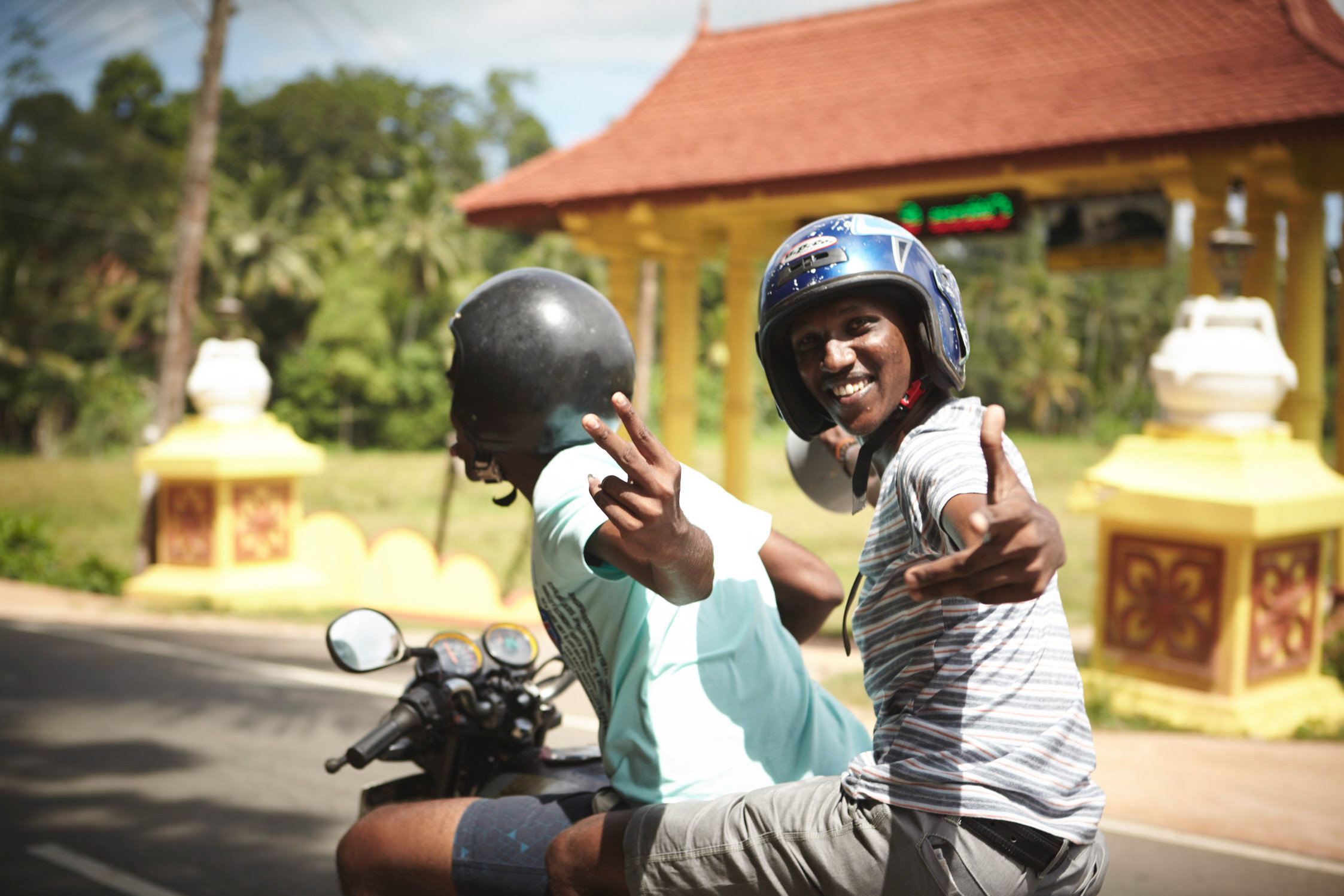 “They would get involved regardless of how good they were or what gear they had,” he says. “It seemed to be about the essence of why you get into riding bikes or skating or whatever in the first place, rather than any sort of financial incentive.

“You dedicate yourself to something and you’re rewarded by the satisfaction of doing it.” 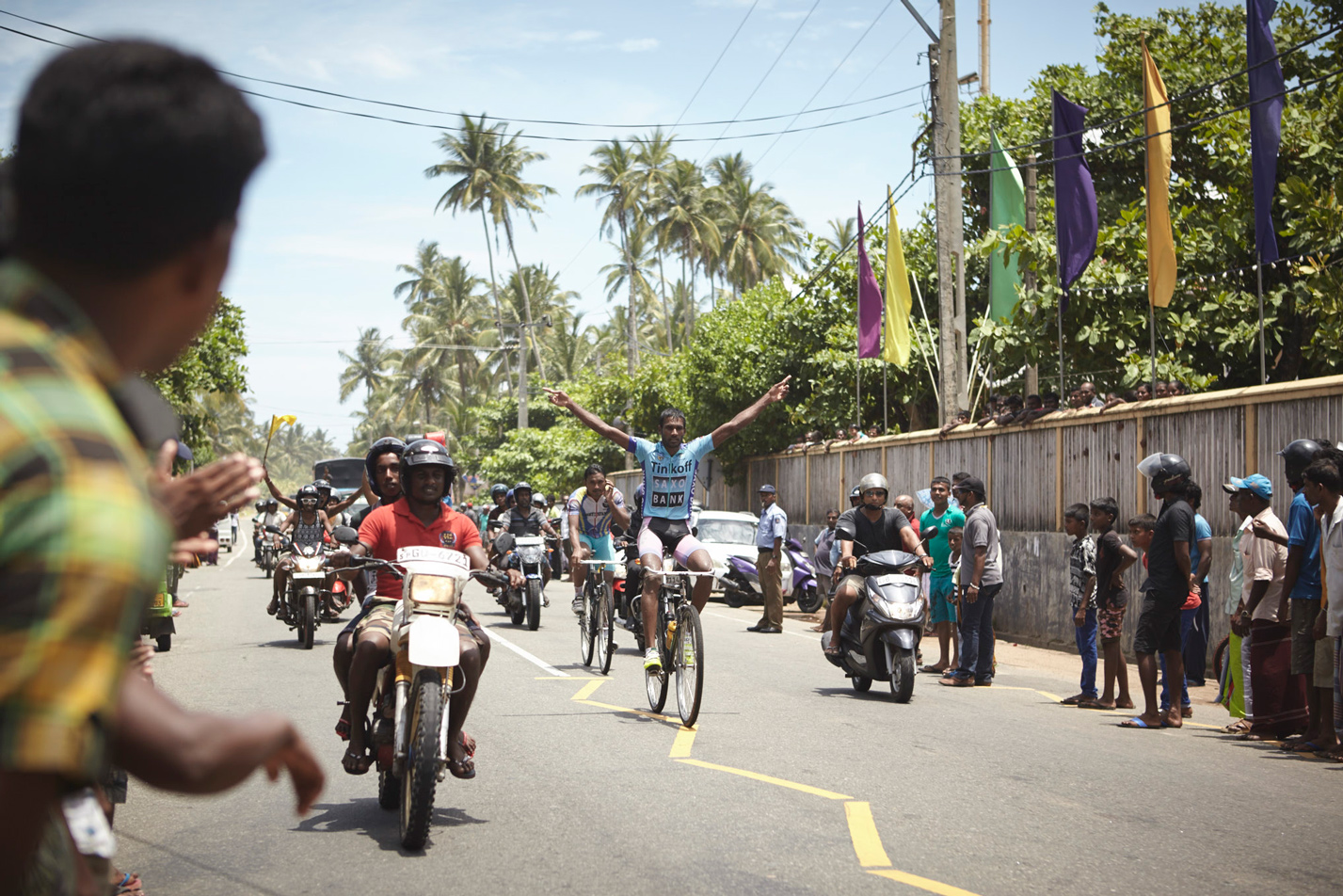 Check out the portfolio of photographer Elliott Cole.

Linkedin
RELATED ARTICLES
OTHER ARTICLES
Proposals to introduce a minimum GCSE threshold for student loans will disproportionately affect those from marginalised backgrounds.
Freddie Miller’s new series of photographs investigates who today’s trainspotters are and what drives their unfettered enthusiasm.
Photographer David Hoffman recalls documenting the extreme wealth inequality around Tower Hamlets and Hackney int the 1980s.
The last few years have seen an increase in LGBTQ-led initiatives to feed the hungry, with many finding ways to stay afloat despite the challenges.
Finland-born photographer Sirkka-Liisa Konttinen looks back on her decades-long documentation of life in Northern England.
The past five years have seen a staggering increase in foodbank usage across the UK. Now, staff fear things are set to get much worse.