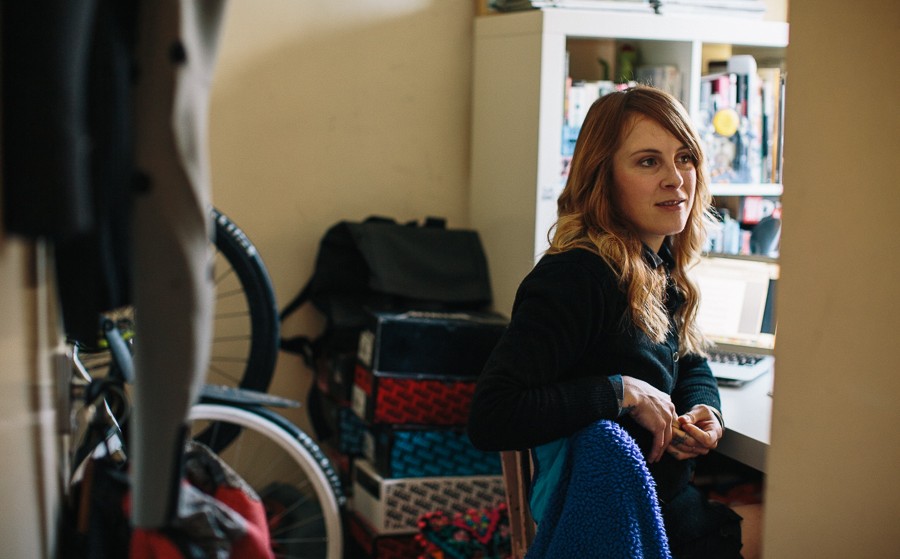 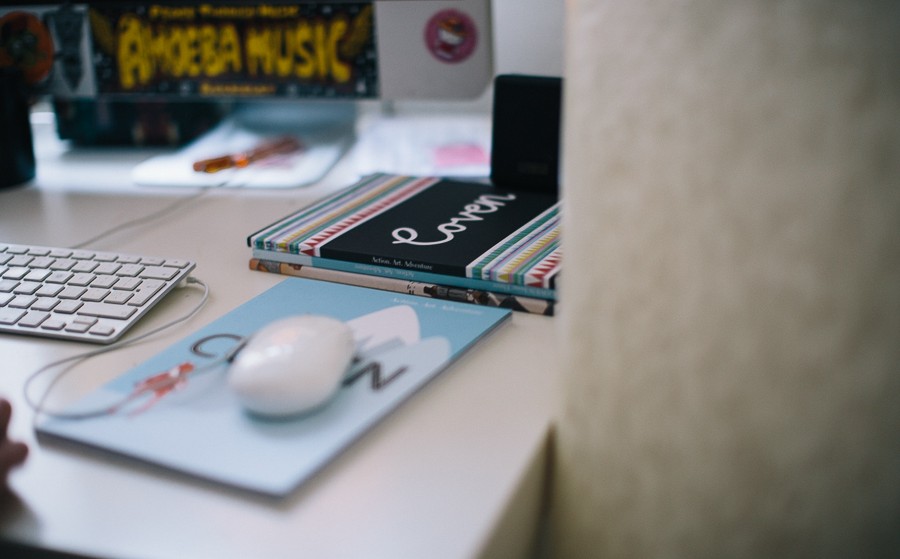 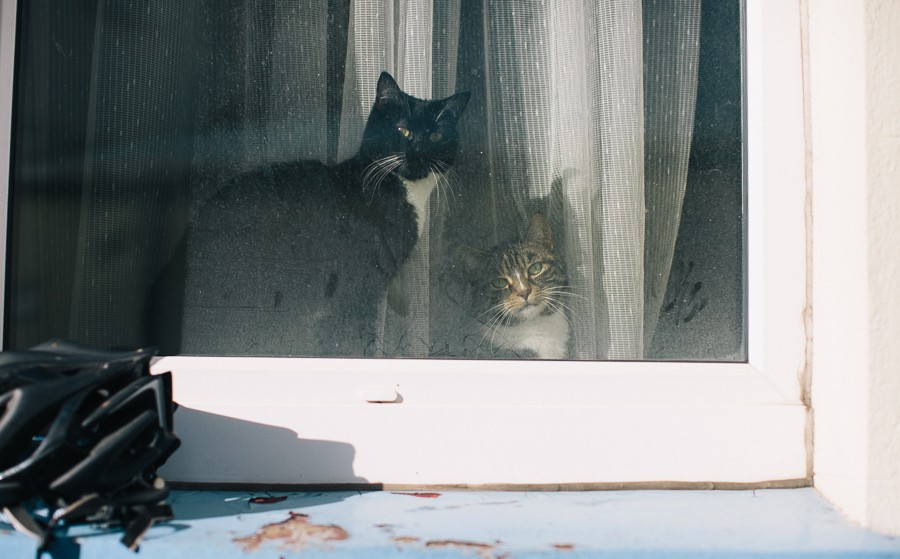 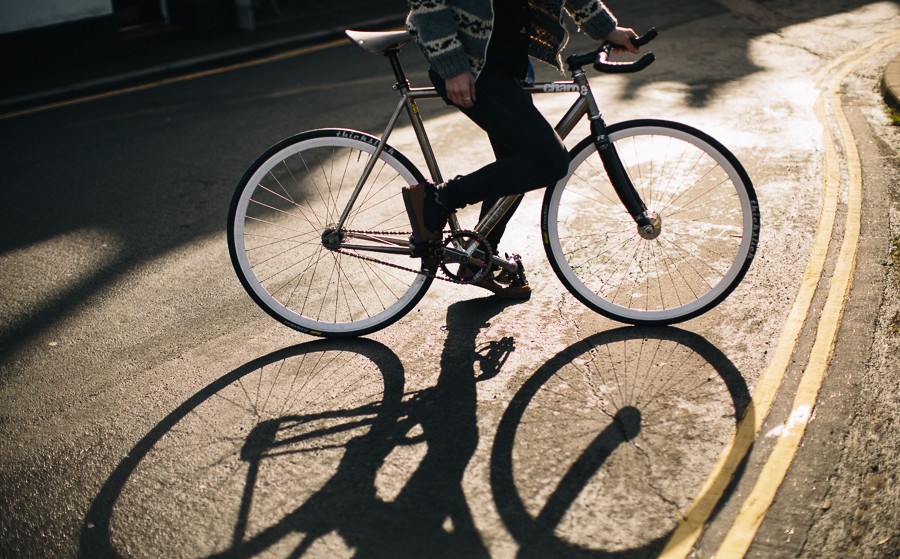 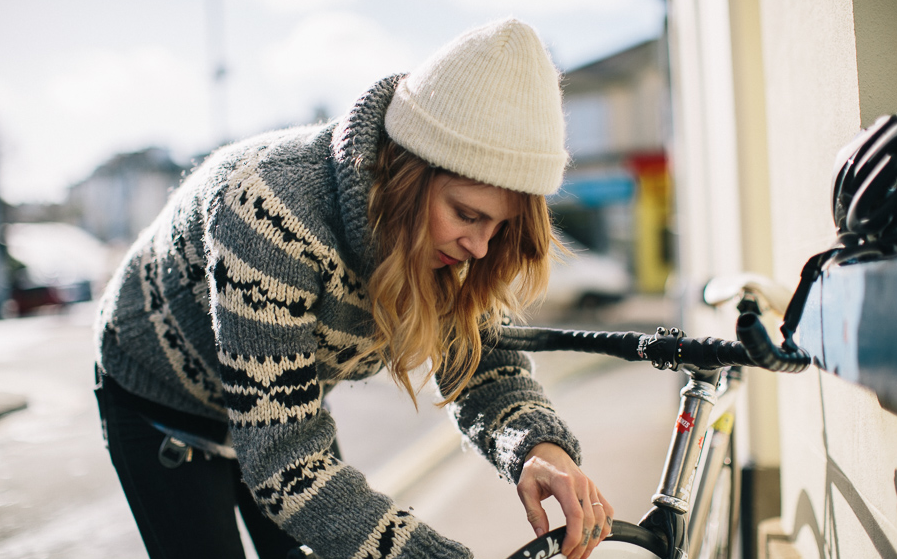 When former pro snowboarder and bike messenger Juliet Elliott turned her hand to self-publishing we knew something special was about to happen.

When former pro snowboarder and bike messenger Juliet Elliott turned her hand to self-publishing we knew something special was about to happen.

“What you need is something on which your mind is entirely focused, resulting in the exclusion of all other thoughts to the point where time seems to slow or stop,” wrote writer, publisher, cyclist and entrepreneur Juliet Elliott for British non-profit bike bible Ride Journal in 2011. “The physical and mental benefits of meditation are well documented but if like me, you find it hard to sit still for a minute, let alone sit in silence doing nothing, it’s rather cool to find you can ‘meditate through activity’.”

Juliet Elliott lives a busy life. A former pro snowboarder, bike messenger, model and metal band guitarist, among other things, the now thirty-something action hero has a unique ability to dream up a plan and see the damn thing through. It was no different, two years ago, when she envisioned a new magazine for active women. “I was cycling around London as a bike messenger and thinking about how I’m always really, really interested in other women doing cool stuff and that you don’t see enough of it covered in the media,” says Juliet, who’s inspired by the culture around sport as much as the action itself. “So I wanted to share all that stuff and I thought, ‘Why don’t I just make a magazine!’”

A self-confessed print freak who has stacks and stacks of paper at home – including bike magazines like independent BMX beauty The Albion and premium road racing runaround Rouleur – Juliet embraced the medium to celebrate the talent she discovered from living life on the road. “I like magazines because they’re time out,” says Juliet, whose own early magazine experiences included being shot by world-famous fashion photographer Steven Meisel for Italian Vogue in 1999. “A lot of people spend all their time on a computer so reading a magazine on a computer isn’t exactly a moment to relax and chill out. I wanted to collate all this great stuff and put it out in one go, with time to think it all through.”

The resulting quarterly journal – a colourful smorgasbord of inspiring stories featuring epic locations, beautiful creations and pioneering humans like seventy-year-old iron woman athlete ‘Eddie’ – is a breath of fresh air in the women’s magazine world where body bugbears and domestic drama seem to rule supreme. “I just want more people to go and do these things and slightly change the perception of what women are and can do at the same time I suppose,” says Juliet, who’s also a sponsored rider for progressive cycle company Charge Bikes and a frequent competitor in events like UK uphill sprint Red Bull Hill Chasers and German fixed-gear track comp Rad Race. “And that’s changing women’s perspectives of themselves as well. Because a lot of people think that these activities aren’t for them and they really are.”

But can female-specific content further ghettoise an already marginalised community? “No, I’m all for girl-specific things because there’s so much stuff for men out there so it’s important that women feel represented too,” says Juliet. “I don’t like all these girls feeling like they have to flaunt their bodies to get coverage but on the other hand, this might sound weird, but there are girls out there who think sport is really unsexy and gross and changing that perception could be a good thing too… It’s not only for really serious jock sportswomen and it’s not only for hip kids with their five-panels. I want Coven to be for everyone and not be too narrow-minded. It’s just about awesomeness really.”

Unfortunately, gender isn’t the only pigeonhole Juliet has had to counteract. “I think with action sports media, especially female-specific stuff, there’s a tendency to think that all girls are quite young and actually we’re not,” says Juliet, who tackles the problem by simply presenting multiple new narratives. “Snowboarding and skateboarding has been around a really long time now so people have grown up with it. I’m in my thirties and I know so many people in their forties who are also interested. I don’t want to feel like a kid or that I’m voyeuristically peering into someone else’s world. It’s my world too.”

Despite a riotous reception from an often overlooked market, Coven struggles to make money – print advertising is a dead deal – and as a one-woman editing and design machine with a core team of contributors, Juliet, who also runs her own PR and marketing company looking after action-based brands, is happy to keep the operation niche and self-sufficient. “I can put whatever I want in Coven because it’s not like we’ve got to please many, or any, advertisers very often,” she says, laughing. “It’s difficult but I think if you keep it small there’s always going to be a place for you.”

Her passion for projects that don’t necessarily generate much money led to Juliet’s decision a couple of years ago to ditch the capital for the rolling hills and craggy beaches of Devon, where she currently, happily, resides. “I just found it impossible to have any decent quality of life in London because our rent was so expensive,” says Juliet, whose Instagram account documents fun adventures into the pastoral backwaters. “It’s so cheap here it’s awesome! My outgoings are small because there’s not really anything to do apart from cycling and surfing, which is free. So you just go and tire yourself out in the day and then cook some nice food in the evening and stay in.”

Sacrifices must be made to live a DIY life but the positives, Juliet believes, far outweigh the negatives. “I think being sort of adaptable and flexible can make your life much more interesting and exciting. So I’m definitely happy to be working this way,” she says. “There are lots of opportunities I get that I wouldn’t be able to take advantage of if I was stuck in a normal job. So just the fact that I am able to drop everything and go off and do something is awesome… Doing your own thing can be scary but what have you go to lose? Well maybe a bit of money! But there’s so much stuff you can do without having to put any money in. I find it amazing that people can be bored. You can do anything! There’s so much stuff you can do in terms of art and creativity, publishing, writing, every different kind of sport – it’s all out there. You just need to decide what you want to do and get out there and do it.”

Find out more about Coven.

Linkedin
RELATED ARTICLES
OTHER ARTICLES
Thanks to DIY education project Waves For Change the young people of Khayelitsha are getting a chance to experience the transferable skills of surfing.
Bring mags, swap mags and hear from some local London mags about what they're trying to bring to the game.
London bike company co-founder Will Meyer shows us his two-wheeled commute.