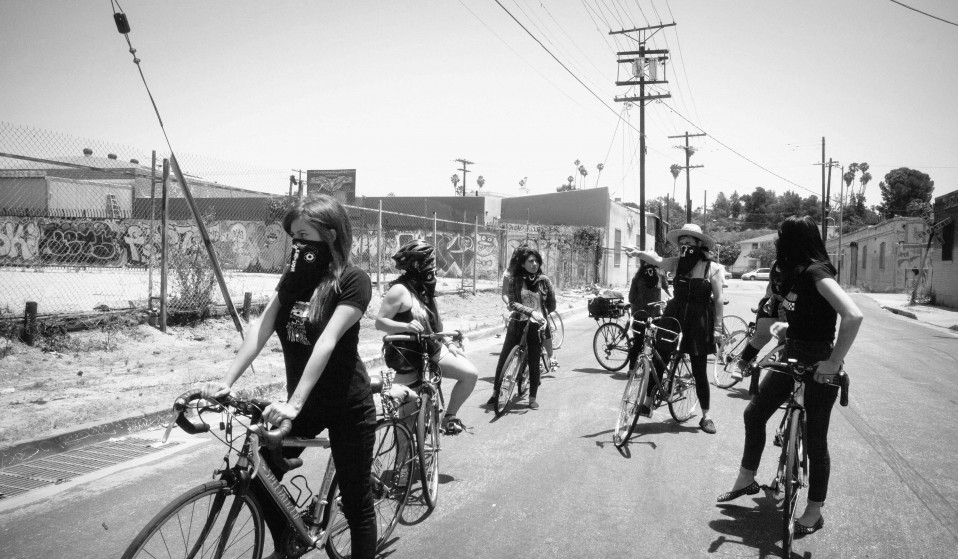 Cycling collective Ovarian Psycos are on a mission to take back the city in the name of sisterhood.

Cycling collective Ovarian Psycos are on a mission to take back the city in the name of sisterhood.

In the beating heat of a summer’s day, Evie cycles across a bridge in East Los Angeles on her way home from work at Starbucks. Passing cars veer dangerously closeby, the drivers honking, yelling and catcalling as she powers on unperturbed. Later that evening, she returns to the same streets, but this time en masse with her sisters: cycling collective Ovarian Psycos.

Although their faces are masked by black bandannas emblazoned with their own ovary-shaped logo, their message is clear. “Whose streets? Our streets!” they shout in unison, startling onlookers.

The bridge Evie rode over is that of the sixth street viaduct, one that connects downtown LA to the Eastside, where more than ninety-seven per cent of residents are Hispanic or Latino. It’s a place synonymous with the Chicano civil rights movement of the ’60s and is considered by some to be the mural capital of the world, with politically charged paintings splashed on walls and buildings in a kaleidoscope of bright colours. It’s also home to Ovarian Psycos, a crew “for women of colour, by women of colour” that’s adding a vibrant new chapter to the area’s rich political history. The group describe themselves as having “feminist ideals with indigena understanding and an urban/hood mentality.” But their official motto says it even better: “Ovaries so big we don’t need balls.” 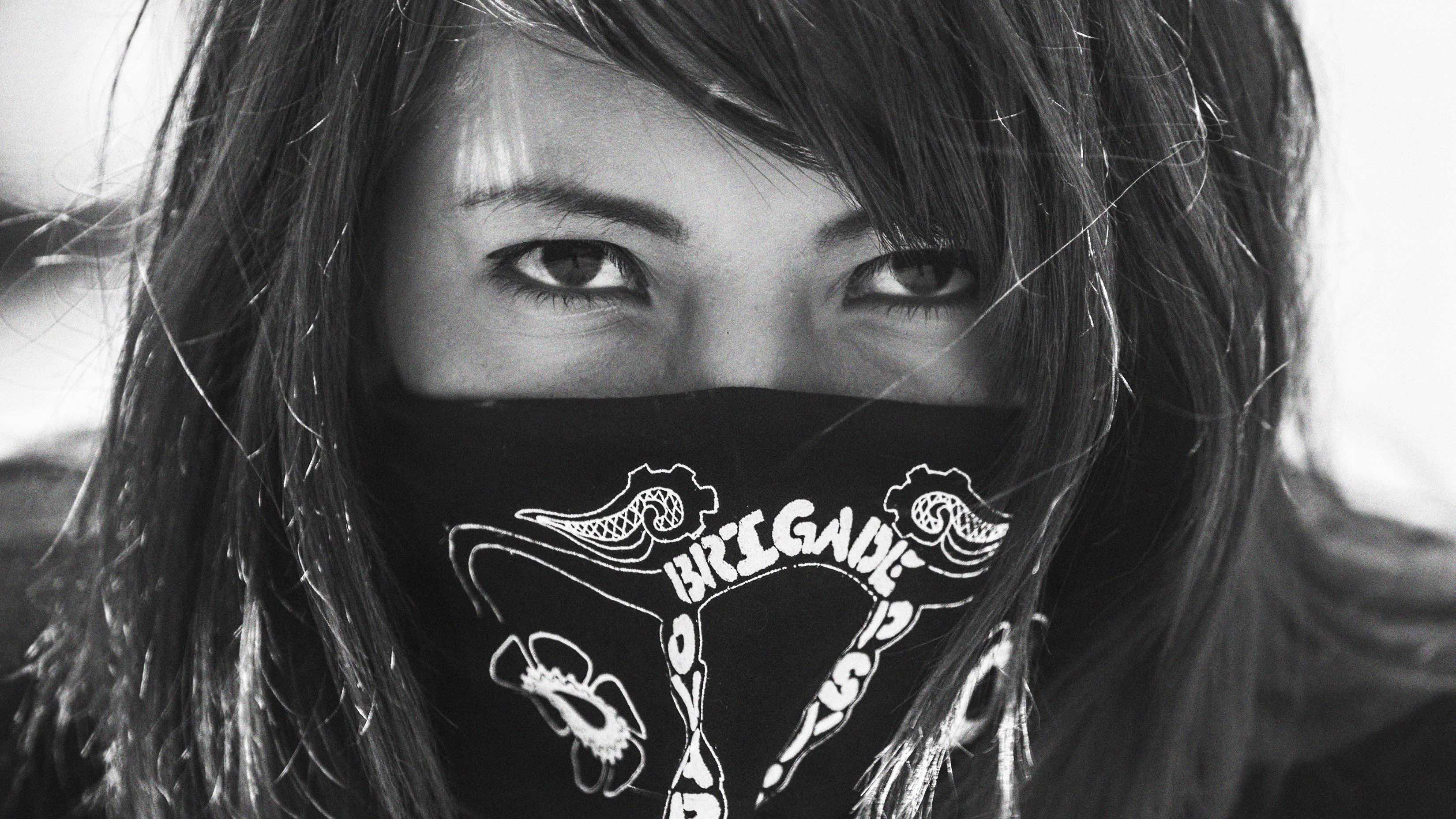 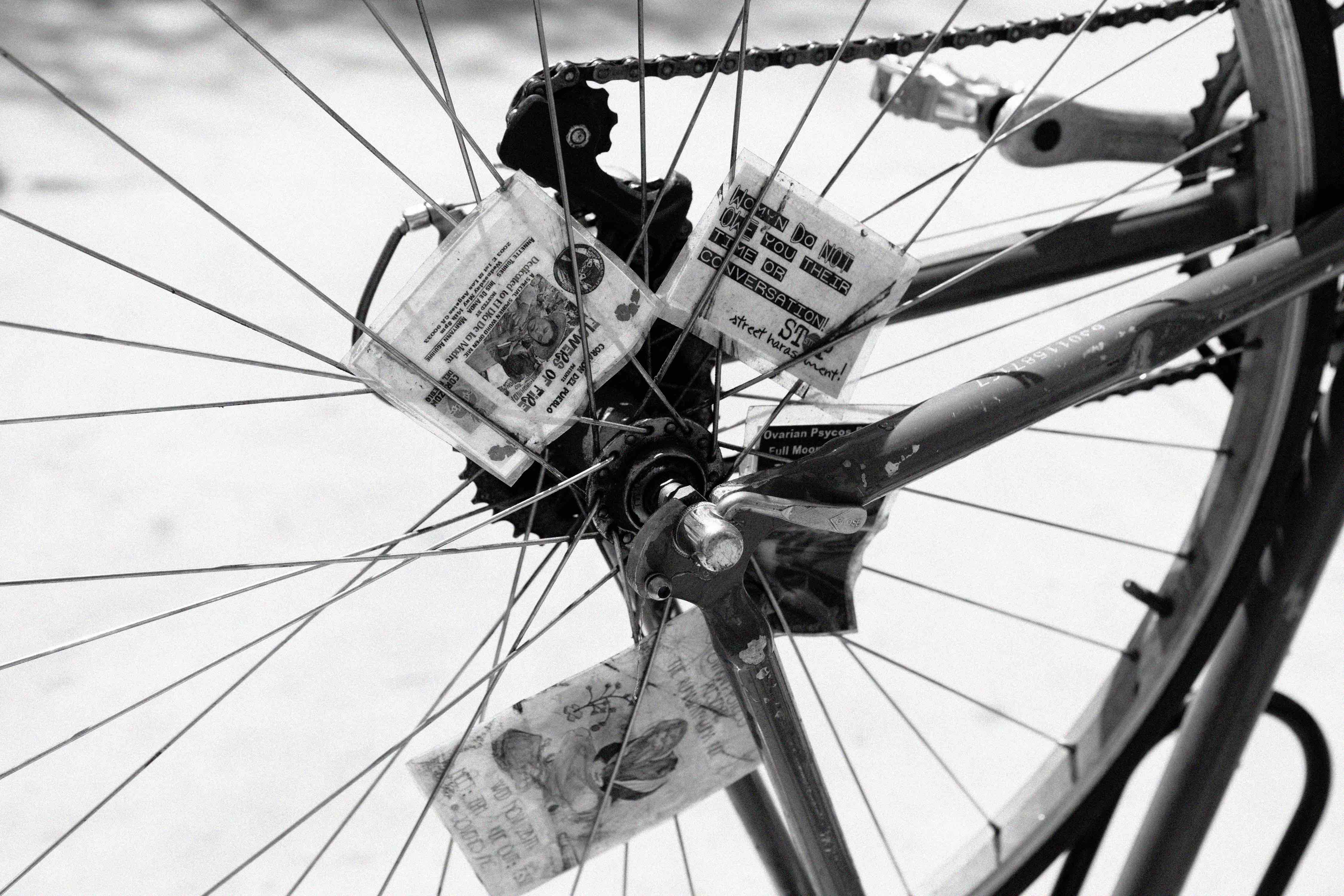 Formed in 2010, they are also the subjects of Ovarian Psycos, a new documentary that premiered at SXSW, Texas. The film is a personal one, chronicling a select few members’ lives behind closed doors, but it also follows the group as they take over the streets of LA. Today, sitting in a downtown hotel in Austin, filmmakers Joanna Sokolowski and Kate Trumbull-LaValle are shaking off the tiredness of a hectic interview schedule – an exhaustion exacerbated, they point out, by the fact that they’re both pregnant.

Later that evening, once press is wrapped up, Ovarian Psycos founder Xela De La X will perform as Cihuatl-Ce, a politically charged rap outfit whose spitfire rhymes cover issues such as indigenous heritage and gender politics. The way she speaks is an apt reflection of the music: rapid bursts that shift between exasperated despondency and impassioned positivity.

Growing up, she split her time between the neighbourhoods of Boyle Heights and Huntington Park, locations she credits as being formative influences in starting Ovarian Psycos. “I feel blessed to have grown up there in the ’90s,” she says, sipping from a water bottle under the last moments of Texas daylight. “You had the LA uprising – or the riots as the media likes to word it – coupled with the Zapatista uprising of ’94, rampant xenophobia, school walk-outs. And on top of all this we had spaces, people, music and  arts that really flourished from all that turmoil. Ovarian Psycos is just a continuation of that tradition of rebellion and resistance.”

“That was the most free I had ever felt. Free of all the bullshit that has us locked into this matrix of consumption.”

Joanna and Kate were instantly drawn to the group the moment they stumbled across them. “A lot of their tactics, the slogan, the bandannas – they’re organising tools that are so incredibly intelligent and irreverent, they totally grab you,” says Joanna. “It’s like Riot Grrrl or Pussy Riot: you instantly want to know more. However, the heart of what they do is the sisterhood that’s built within the collective.”

One member refers to Ovarian Psycos as “the family you never had” and it has effectively become a home for those who feel like they don’t have one of their own. But the collective works on other levels, too: as a reaction to encroaching gentrification; as a response to the crime and sexual abuse targeted at local women; and as a collective identity that stands steadfast in the face of racial profiling, police brutality and hate speech from the likes of Donald Trump. 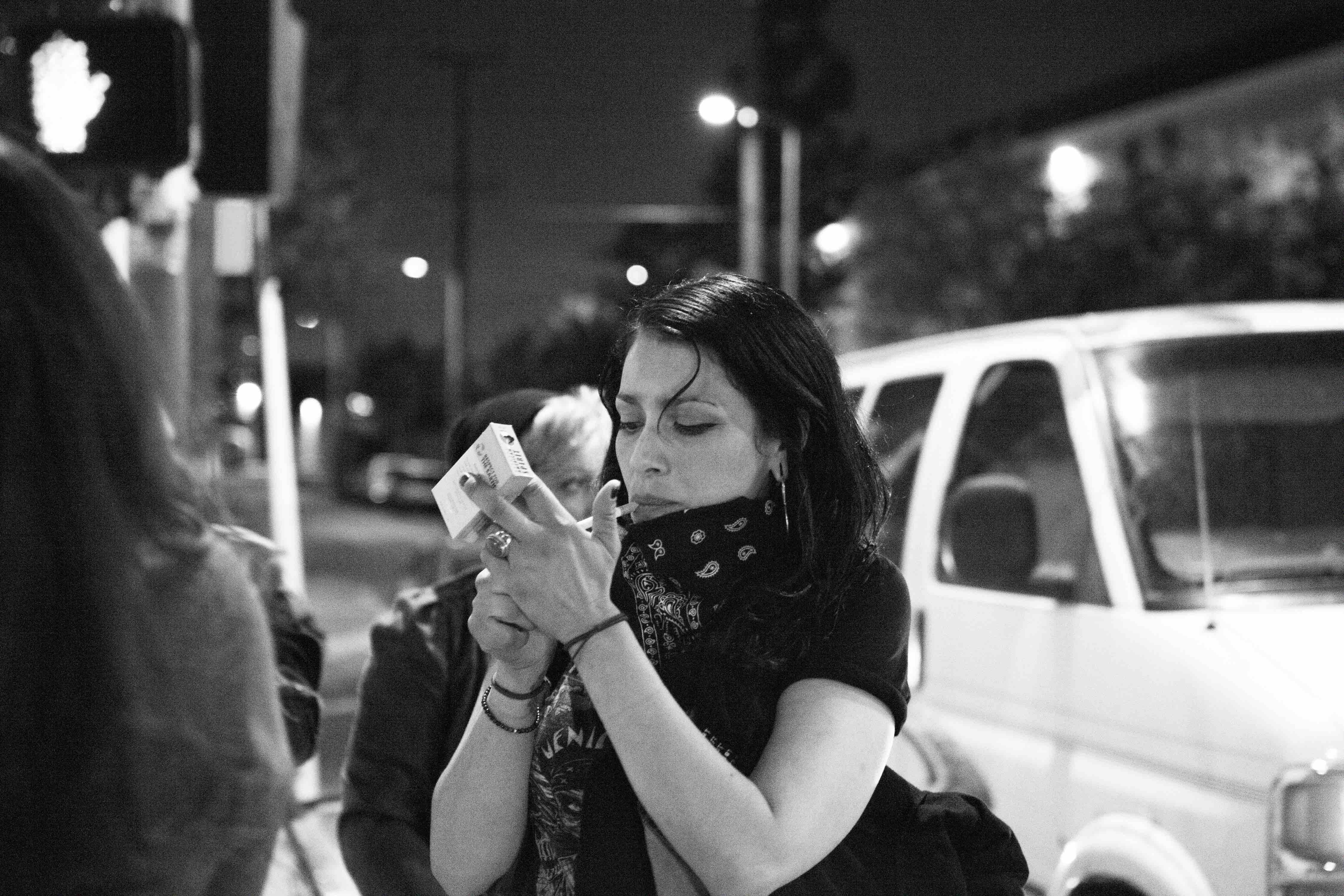 Xela De La X, founder of the collective, sparks up at a recent meet in Downtown LA 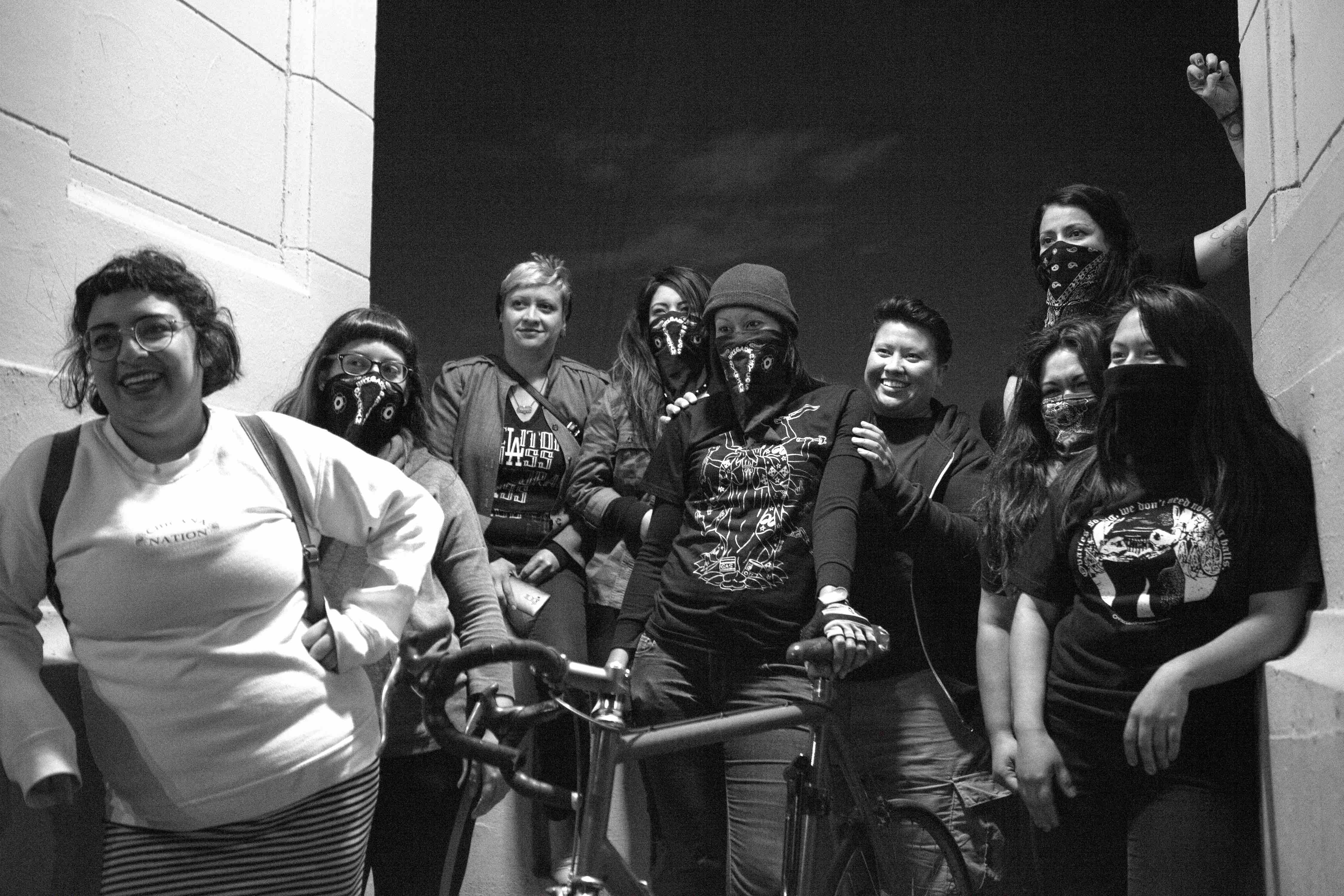 Xela describes herself as “an at-risk adult”, having lived as an “at-risk child”. She talks openly about being a victim of sexual abuse at the hands of a family member – a deep-set motivation for her work with Ovarian Psycos, which is intended to be a place where such issues can be shared and sheltered from.

As a child, Xela often slept on the streets in fear of going home, until the day she just couldn’t take it anymore. “I guess the turning point for me happened when I must have been thirteen years old. I reached the point where my rage just could no longer be contained. I started fighting back. I physically struck [out], bashing over his head whatever I could get my hands on. There was a point where something just snapped and I realised clearly the capacity of my own strength.”

The decision to use bicycles as a tool is rooted in the personal and the political. As a child, Xela was kept within the home while her brothers roamed the streets freely. Having never been allowed to ride a bike, she recalls something of an awakening as an adult. “I was actually on my way home from work on my bicycle; the traffic was insane this day more than most because the traffic lights had gone out,” she says, her tone growing in intensity. “Everybody was stuck in their cars, angry as fuck, frustration all around – and I was bypassing all of it with ease. That was the most free I had ever felt. Free of all the bullshit that has us locked into this matrix of consumption, free of obstacles that get in the way of our ability to navigate. I understood then the immense potential of my bicycle as a weapon in this fight for our freedom.” 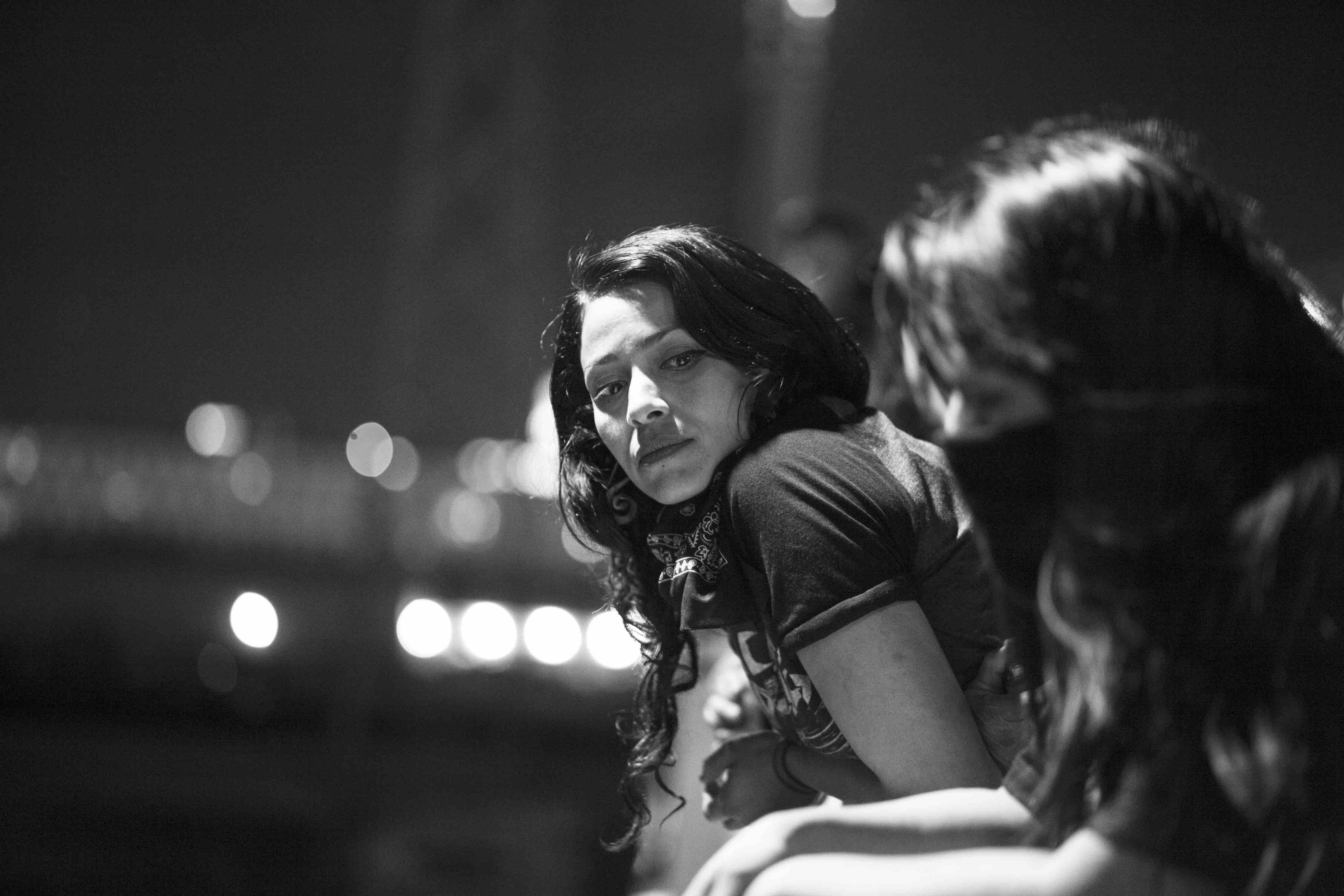 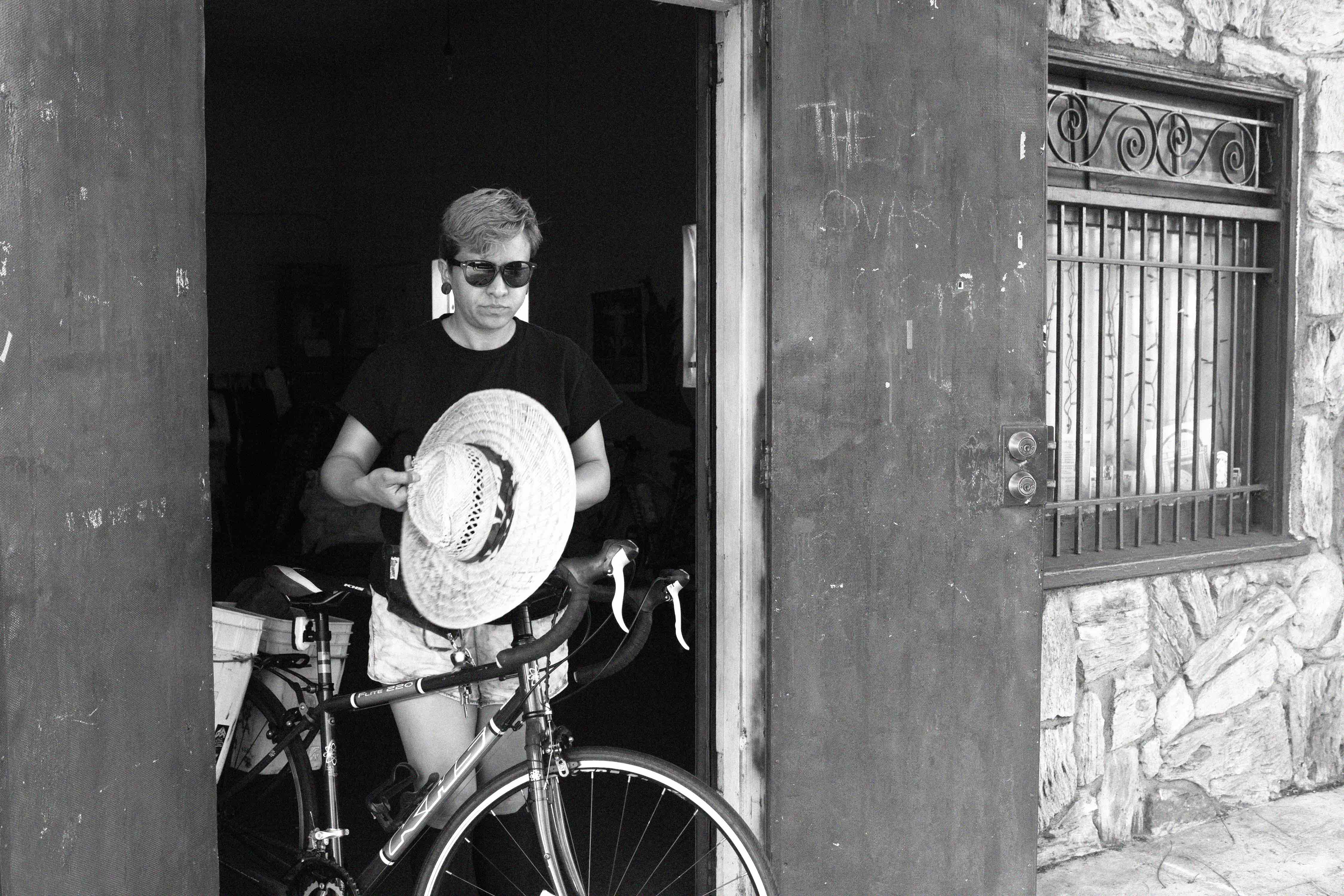 Ovarian Psyco Joan Zeta heads out to play kickball against other bike clubs.

Ovarian Psycos hold regular rides in the city, from localised outings to larger ones, such as their annual Clitoral Mass. “Whenever there is an issue in the community,” says Joanna, “they are often one of the first groups to respond – and they use their bikes to protect the protesters.”

While all genders and races are welcome on the rides, the core collective has a fixed identity. “It made perfect sense to have a space specifically for women of colour by women of colour,” says Xela. “Our lived experiences, traumas and conditions are different. As marginalised people, we are re-centering ourselves in these conversations; re-centering ourselves in our spaces and taking ownership.”

Part of that also means combatting those caught up in “respectability politics” – attempts by marginalised groups to police their own members’ appearance and values. “Once [those people] get their degrees and become upstanding, tax-paying professionals,” says Xela, “they tend to distance themselves from the reality of how we grow up and are quick to judge the youth of today – as if they don’t remember being just as knuckle-headed. Fuck it if our vernacular isn’t polished to your liking; fuck it if our approach continues to be hood as fuck. For us, respectability politics actually causes much more damage, hindering even the health and healing of our communities.” 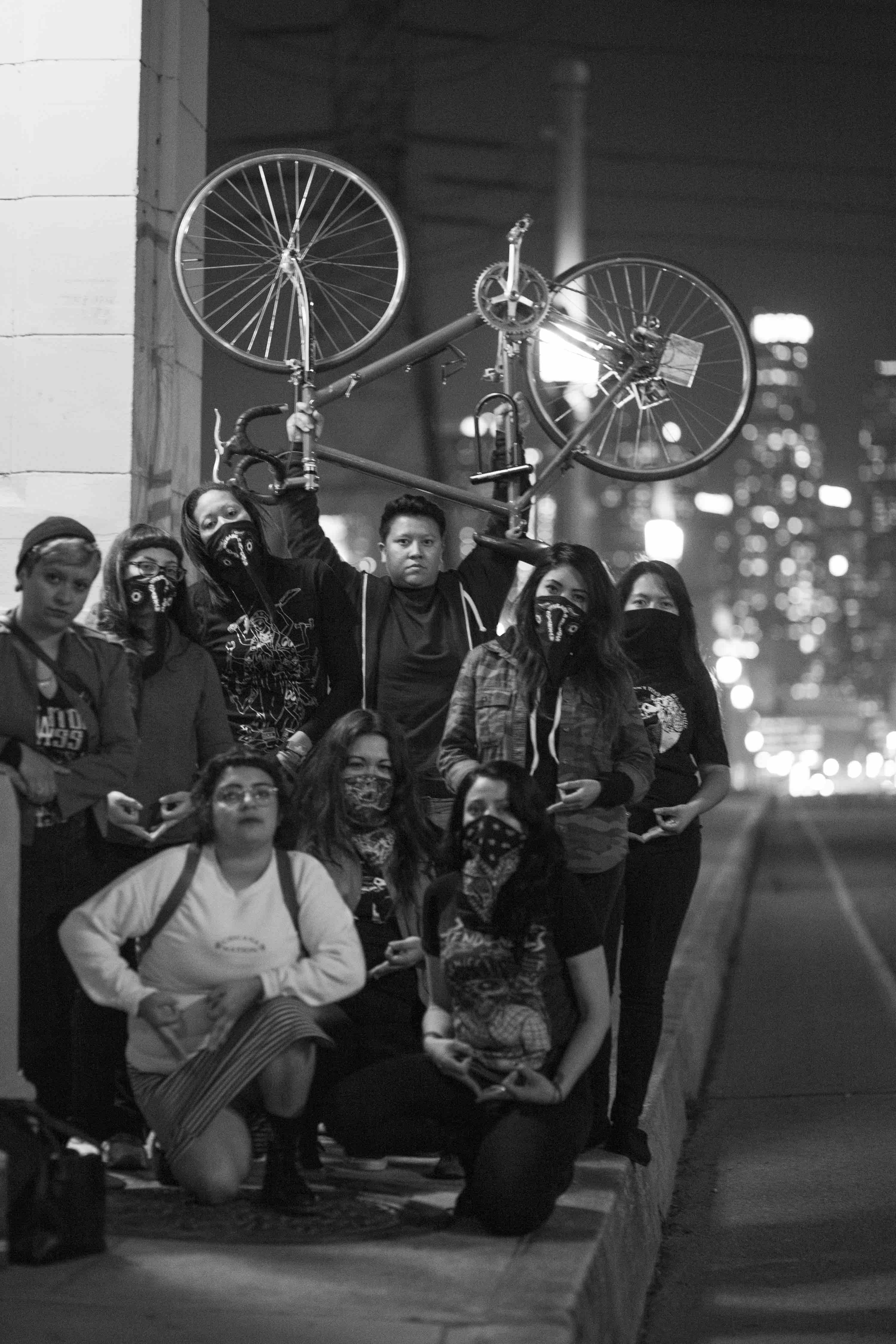 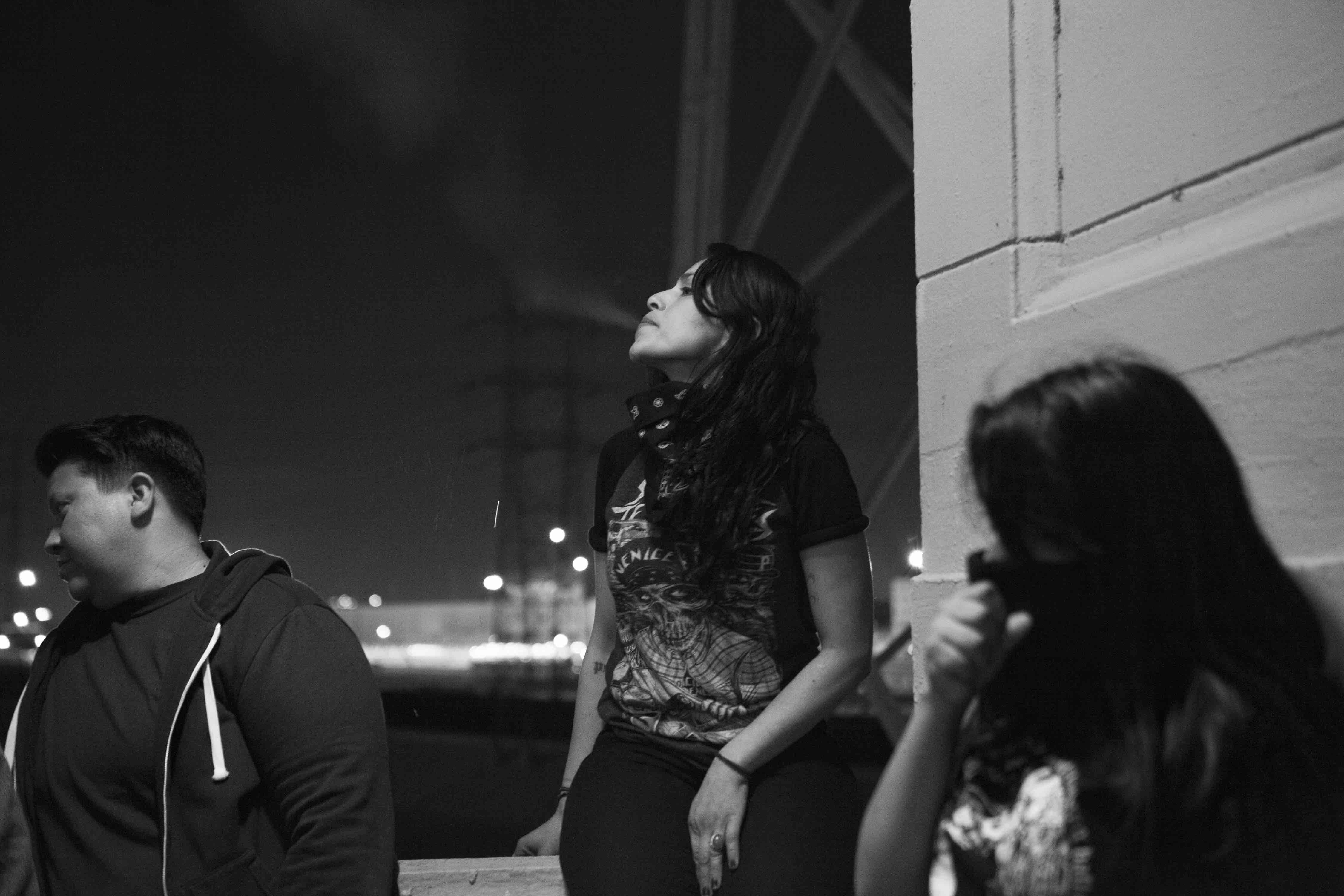 As you might expect from a group that was formed around the idea of challenging 500 years of oppression, their fight is constantly evolving. They’ve realised that the issues most affecting them fit into global systems of oppression, that their strand of feminism must involve a thorough understanding of the bigger picture.

For Xela, that battle is not abstract; it’s pressing and real. That’s why Ovarian Psycos, in her eyes, is so much more than an all-girl bike crew. “I see Ovarian Psycos potentially evolving into a liberation army,” she says with a seriousness and intensity that sharpens her eyes. “I’m not playing here… The whole world has become a playground for the top tier – fuck you! Not now, not ever. We will fight and we don’t come alone.”

Linkedin
RELATED ARTICLES
OTHER ARTICLES
Proposals to introduce a minimum GCSE threshold for student loans will disproportionately affect those from marginalised backgrounds.
Photographer Arthur Grace recalls travelling through the Soviet Bloc and finding ways to evade the surveillance of his work.
LGBTQ+ students are keeping the spirit of the original Pride alive by fighting for liberation for everyone, not just their community.
Wealth inequality and the rising cost of socialising is placing a strain on people’s relationships, reports Eve Upton-Clark.
Photographer David Hoffman recalls documenting the extreme wealth inequality around Tower Hamlets and Hackney int the 1980s.
Curator Antoine de Beaupré discusses his immense record collection and what it tells us about the intersection of music, photography, art, and commerce.