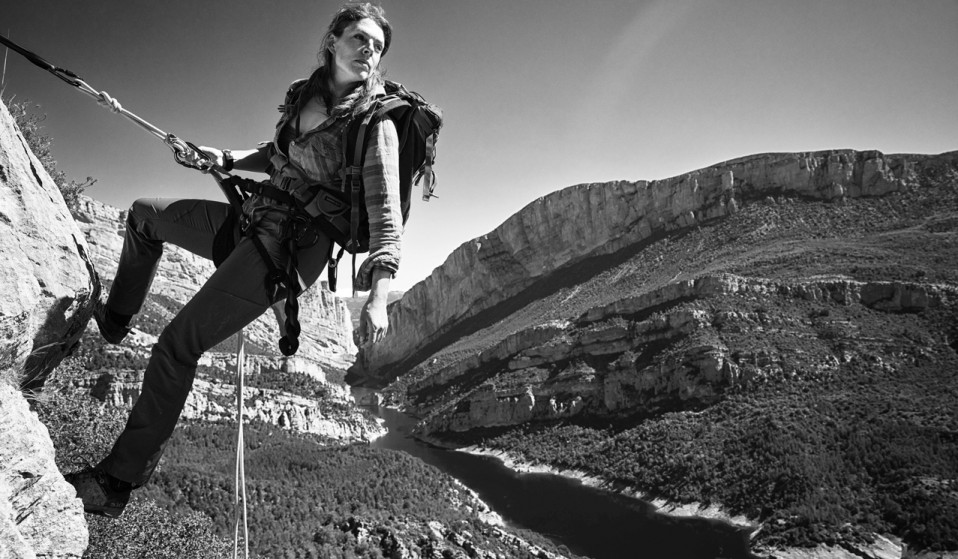 Megan Hine is a survival expert who consults on adventure TV shows like The Island, helping to keep celebrities alive in the wilderness. She may be the only woman in a field of macho men, says longtime friend Bear Grylls, but she’s stronger than 99% of the guys.

When she first hears the gunfire, Megan Hine freezes. She’s in a remote part of Kenya, rigging a stunt for a celebrity survival TV show, attaching a rope bridge to one side of a gorge while the rest of her teammates are on the other side.

In between them is a river full of crocodiles, who are reported to have killed and eaten two locals a couple of days before.

As the silence is punctured by volleys of shots, with sand exploding near her feet, Hine’s adrenaline spikes. The only way to rejoin her team is to clamber down a rock face and through croc-infested waters. 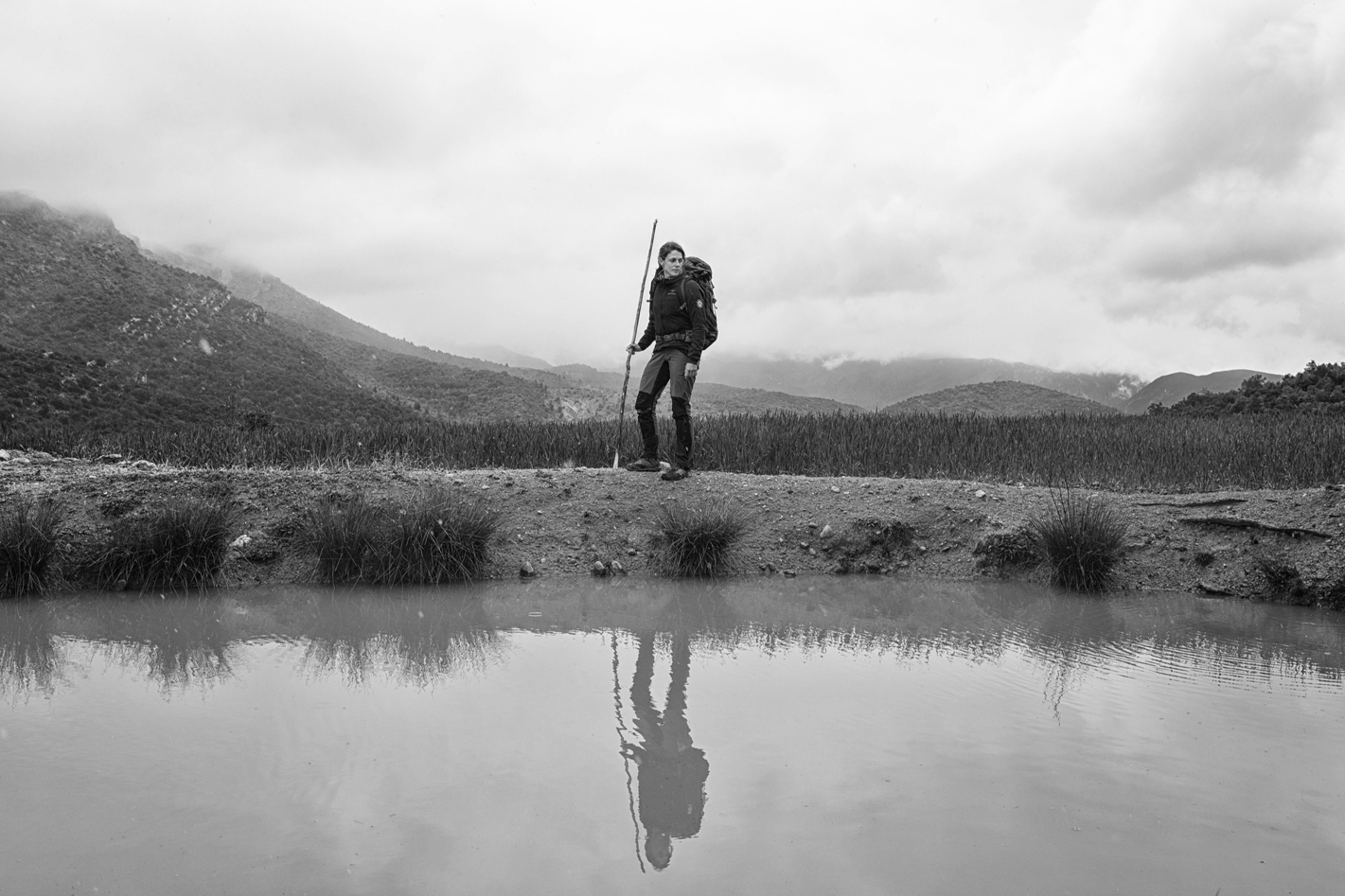 Life-or-death decisions like this require a cool head. Hine has faced plenty of them over the years as a survival expert who consults for TV, sometimes co-presenting shows with longtime friend Bear Grylls. She’s also a rafting guide, climbing instructor, bushcraft expert, off-road driving tutor as well as an expedition leader for groups of adults and children alike.

To get out of situations like this (an altercation between locals which she eventually escaped unscathed) she pictures a box in her mind — “a big wooden pirate chest with metal clasps” — and locks her fears inside.

The vision came to her spontaneously one day when she was blinded by fear during a climb. “Suddenly I was able to see again.”

It’s got her through many scary situations, including being stalked by lions in Namibia, getting caught in an Alpine avalanche, and having a drug cartel tracking her team in Mexico. 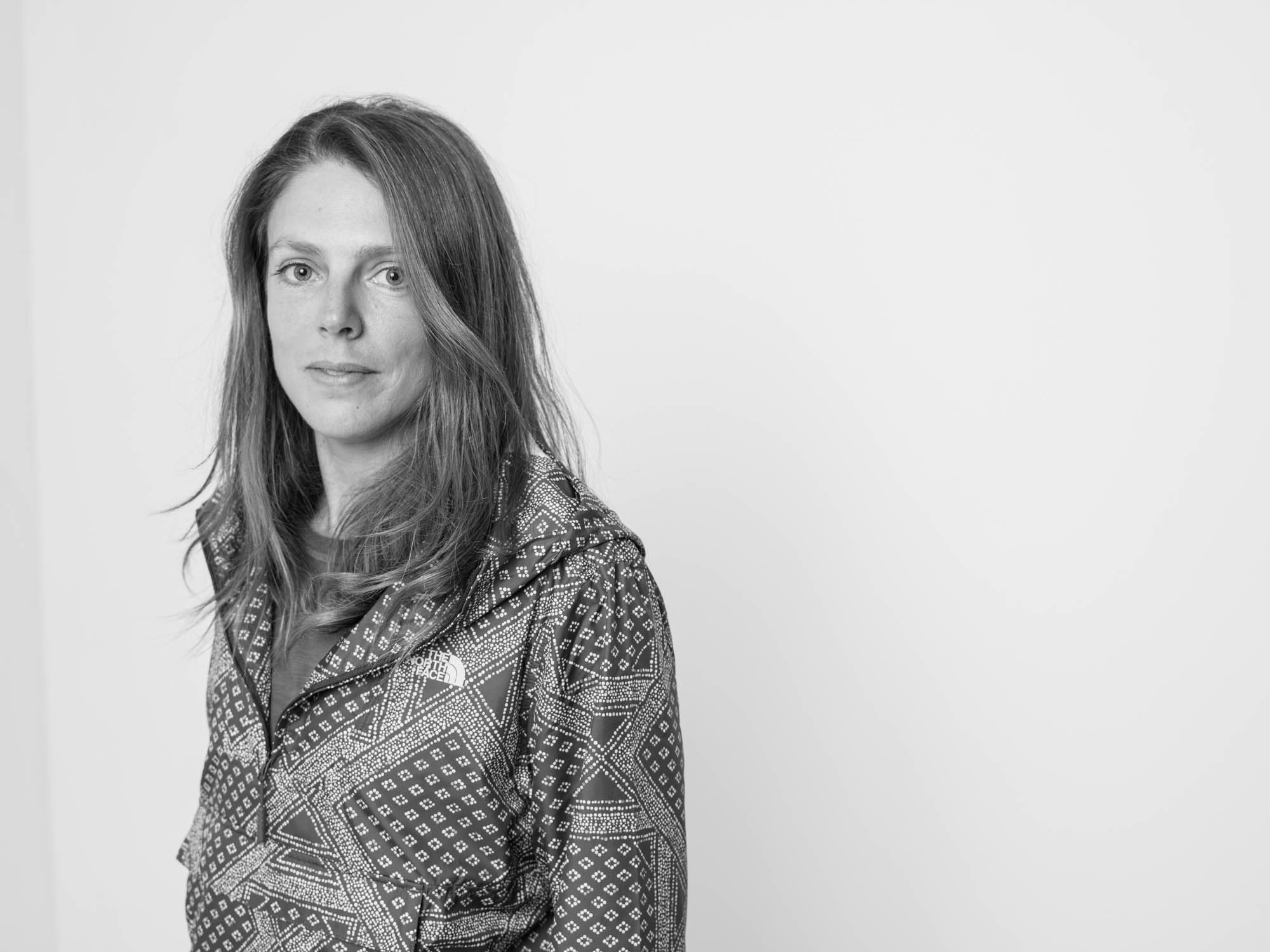 Since she was first headhunted as a safety consultant by Bear Grylls, for his show Man Vs Wild, she has worked with him regularly over 10 years, including on Running Wild, for which celebs like Channing Tatum, Kate Winslet and Barack Obama were brought out into the wilderness. (Grylls has described Hine as his “best friend” and says she’s “stronger than 99% of the men I know.”)

It’s led to some surreal experiences. Camping out with Julia Roberts in Kenya, having sprawling conversations, was  “incredible,” she says. “You couldn’t pay for that experience.”

She’s quick to point out that whether someone is an Oscar winner or contestant on a survival show like The Island, there’s no special treatment or fakery for the cameras. If anything, she worries about pushing people too hard. 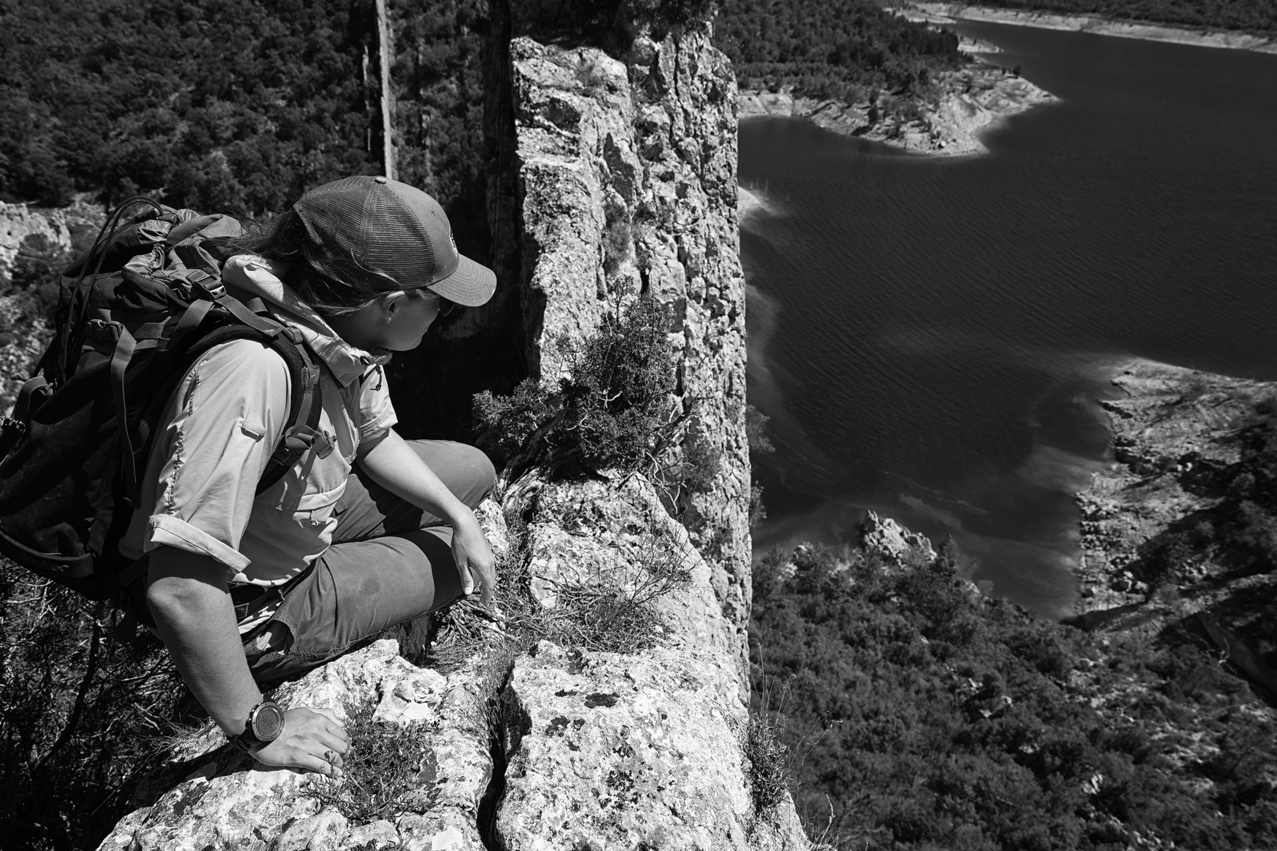 “We’re taking away their food, we’re depriving them of sleep, and that messes with people’s heads. When I’m guiding [usually], I wouldn’t let my clients get into the state when they’re an emotional wreck. But it would be boring TV if they didn’t have an emotional response that was visible enough for the viewer to see.

“You have to be very careful that you don’t get Stockholm Syndrome developing,” she adds. The condition, usually associated with kidnapping victims who bond with their captors as a survival strategy, can develop during a shoot. “If they have been out with us for long enough that they’ve lost their sense of being able to make choices for themselves.”

Hine is the only woman in a very small – very macho – group of survival experts working in TV. “I’ve spent most of my life being the only girl,” she says, going all the way back to her membership of the military cadets as a teen. “In all avenues of my career I’ve felt like I had to prove myself, or that guys didn’t treat me the same way. But I decided early on that I wasn’t going to let that bother me.” 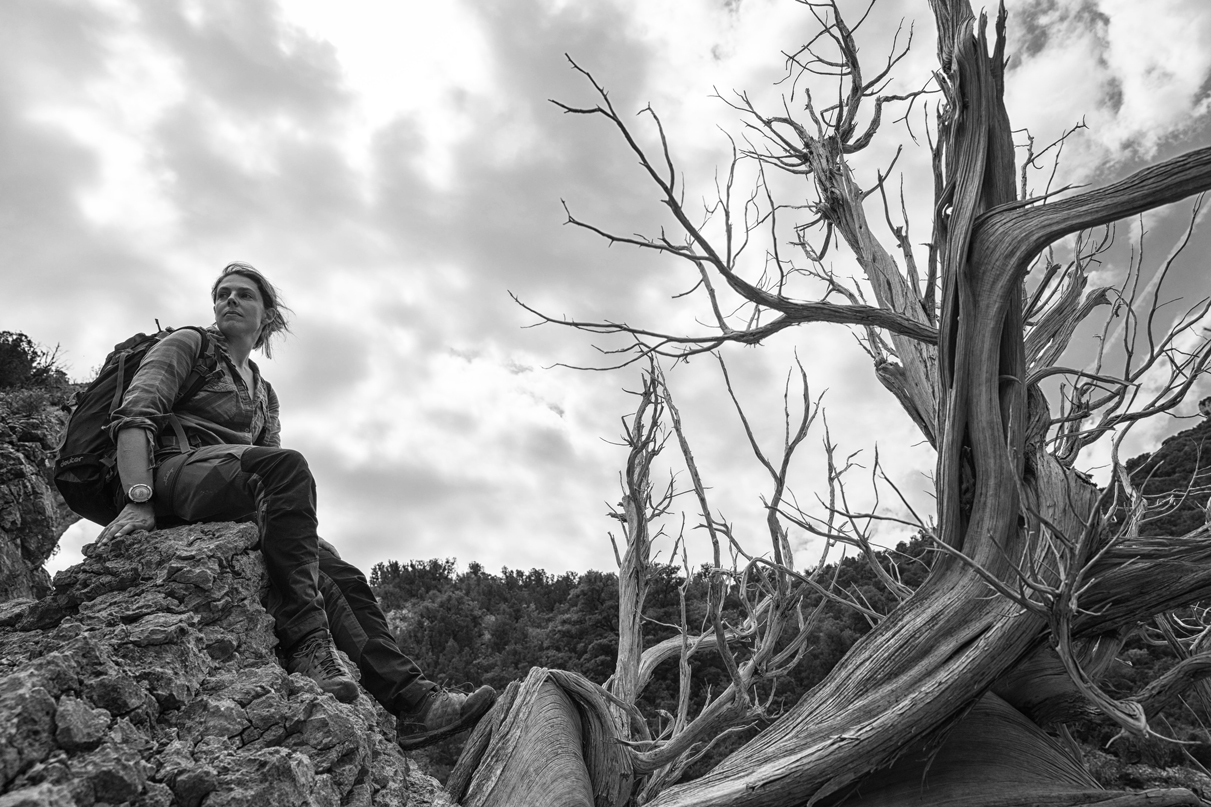 She recalls the days when she would take stag groups off-roading, and they would greet her with scepticism before bombing off. When they got stranded or stuck, as they inevitably did, it was Hine who came to the rescue. “Actions speak louder than words,” she says, with a smile. “By the end of the week, they had a huge amount of respect.”

As a teenager, she drew inspiration from books by pioneering mountain climbers Alison Hargreaves and Lynn Hill. But it’s her grandmother, who went snowshoeing with her in the Alps at 83 and earned a psychology degree a few years before her 90th birthday, that is role model number one. 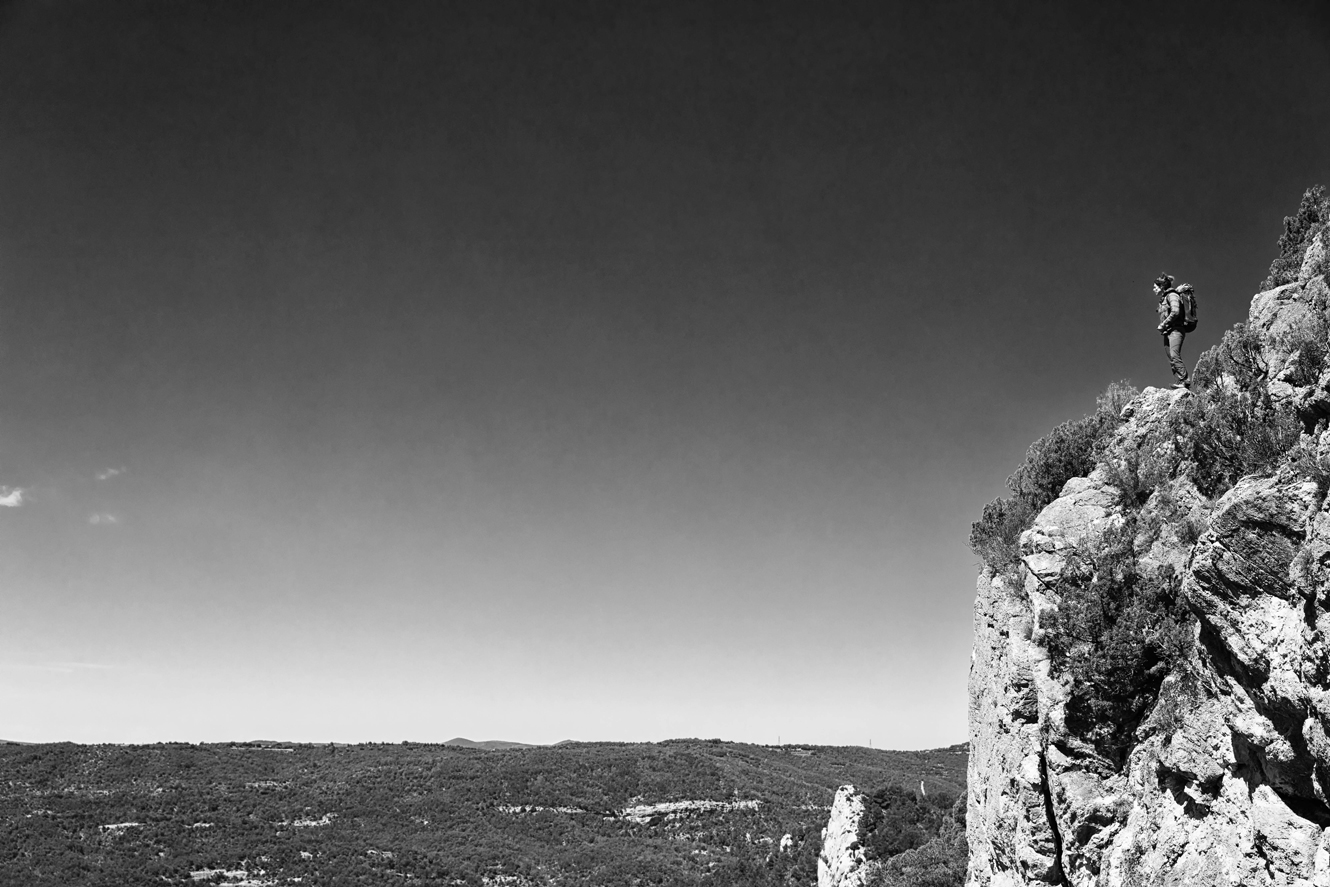 Hine is still adjusting to the idea of being a role model herself. “Growing up I was a bit of a rebel,” she says. “I didn’t really fit in. I’d be sent out of lessons, or skip school to go mountain biking, and would be drinking in the park at 14. Because I had all these restrictions around me, I felt so trapped. I’d be sitting in lessons, dreaming about the mountains.”

Today, Hine travels for up to 11 months a year, currently alternating between the landscapes of Panama and Nevada for an upcoming Netflix show. She’s passionate about sharing the therapeutic impact the wilderness can have, especially on people who suffer from stress and anxiety. “When they’re on an expedition, their symptoms seem to disappear and that happens far too many times for it to be a coincidence.” 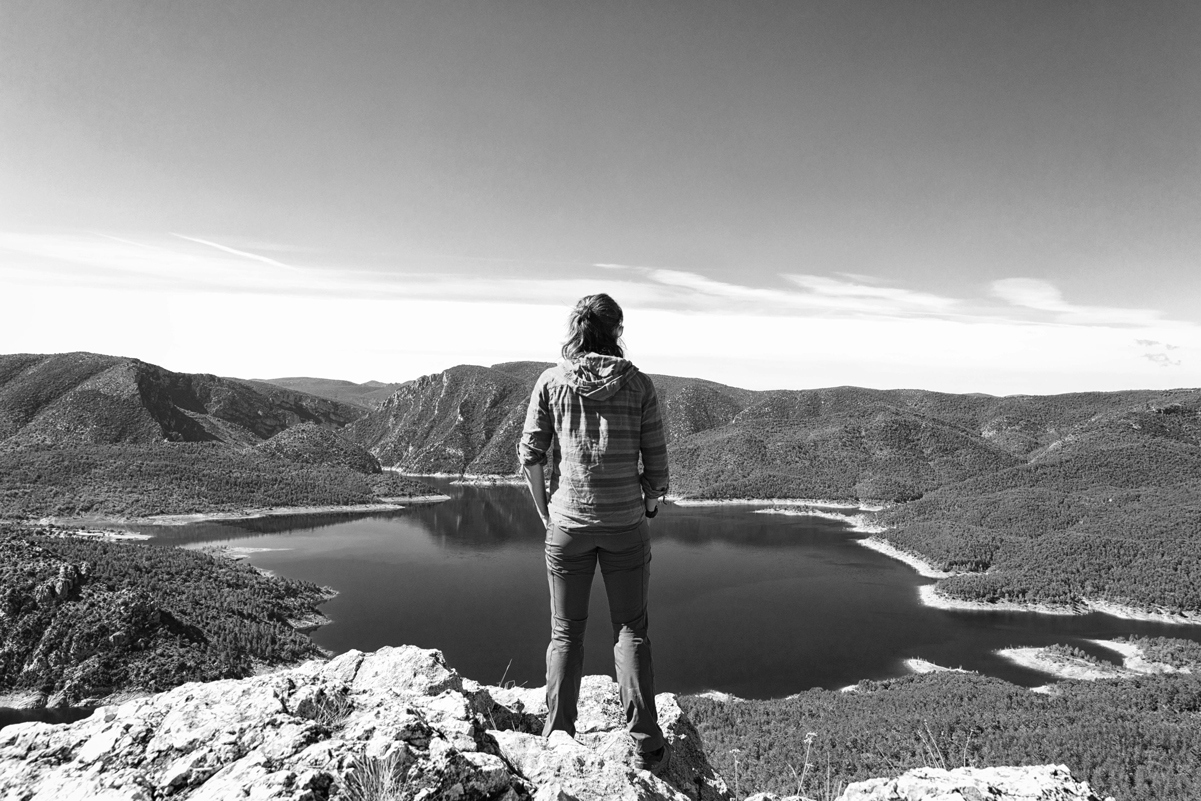 Being pushed to your limits out in the wild may not be everyone’s idea of therapy – but Hine wouldn’t call it ‘stress’. “It’s more a feeling of hyper-awareness,” she says. “You can almost see behind you. Your smell and hearing is heightened. You’re aware of any movement. It’s almost like a meditative state. Every cell in your body is fighting for survival.”

It’s this “primal calling” inside us all that makes survival shows so popular, she says. And the resilience and confidence that stems from overcoming challenges makes up for all the pain. “I find it fascinating to see what I’m capable of,” she says. “It’s the most incredible feeling to discover that you’re stronger than you ever imagined.”

Linkedin
RELATED ARTICLES
OTHER ARTICLES
In his 2008 series, the photographer pictured himself as Angela Davis, Martin Luther King Jr., Malcolm X, and other prominent figures.
The two-day long event returned to London this year, showcasing a spectacular parade, steel bands and Caribbean food.
By turning a real-life crisis into daytime television fodder, TV bosses have once again shown themselves to be completely out of touch with audiences.
As the Scottish government announces a rent freeze, an activist with Living Rent who fought and won shares how they did it, and what must come next.
With skyrocketing rents, packed out viewings, bidding wars and more, renting in London has never been harder.
Financial turmoil is pushing people who work in the sex industry into more dangerous and desperate situations as a means of survival.